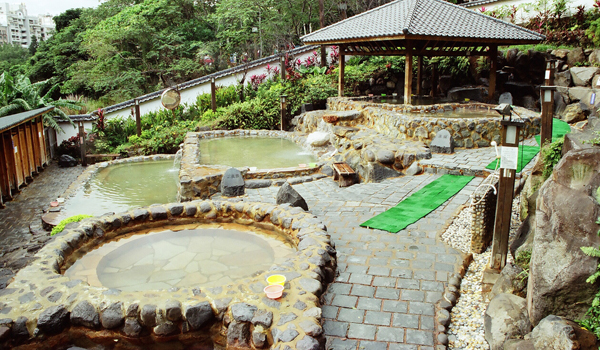 Photo by sputnikrent
A comprehensive guide to etiquette and what to expect when soaking in Traditional Chinese Hot Springs.

When the Japanese occupied Taiwan from the late 1800s to the first half of the 1900s, they left an indelible social, cultural, and urban imprint on the island. Among the remnants are the continually popular Beitou Hot Springs facilities located in the northern portion of Taipei County.

From royalty to common folk, these facilities have seen a range of visitors since their institution. Today, people from all over the world still flock to Beitou for a relaxing hot spring respite.

I made my first visit in 2006 while living in Taipei. At the time, I was buckling under heavy stress and the idea of “paotang”, the Mandarin phrase for soaking, grew in appeal each day.

Being low on funds, I hit the local bookstore in search of an economical way to enjoy the hot springs. Hotels in the area offered everything from one hour soaks to two-night stays. I wasn’t interested in the latter and couldn’t justify shelling out $1000 NT for just an hour in the tub.

Lucky for me, I discovered a thin, nondescript book outlining directions to a traditional hot spring bath frequented only by the locals. Best of all, the hot spring was free.

Having no idea what I was getting myself into, I headed for the obscure site. From the posted signs and cacophonous reprimands of the other patrons, both in Mandarin and Taiwanese, I learned the basic, yet stringent rules of the traditional Chinese hot spring baths. 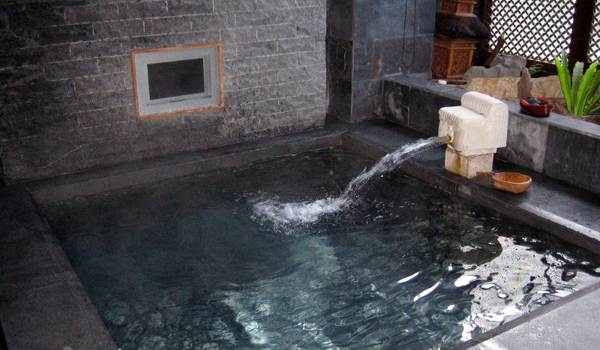 The minute I walked in, I was struck by the unabashed nakedness of all the women. Hot spring facilities are typically segregated by gender, and the women here were taking full advantage.

I wondered if Americans are the only people with a real discomfort with nudity as I peeled off my clothes and mashed them into one of the cubbies on the side of the wall.

The facility couldn’t even be described as “roomy” on an optimistic day, and there was no hiding to be had. I comforted myself with the knowledge that I was the youngest woman in the room.

Requiring every person to soak only in their birthday suits seems to be a sanitary issue. The patrons are all very fanatical about the facility’s cleanliness, which brings me to the second rule.

Every person must wash before hitting the bath. Some people go so far as to bring their own bars of soap. I had just showered before I left the house and only needed a rinse before soaking.

The ahmas watched me like hawks as I cleaned up. Being a 20-something removing American-brand clothing, I attracted the immediate attention and concern of the other women.

They were sure I was going to do something wrong, whether it was not washing up properly or jumping in still wearing my skivvies.

And do something wrong I did, as I had no awareness of the bucket situation. 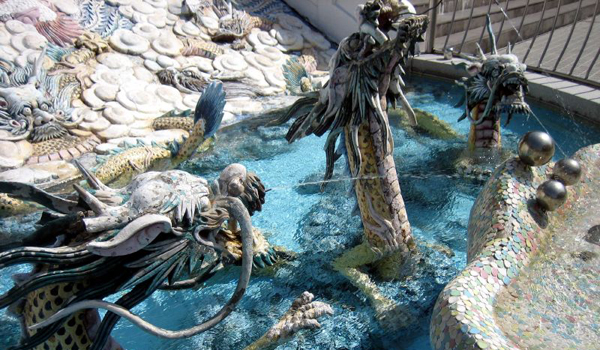 Next to the tubs lay buckets filled with hot spring water. These are for cleaning before entering the tubs and there are strict, specific rules of engagement when using these buckets.

Not knowing this, I inadvertently contaminated a bucket by using a ladle from one bucket to rinse off, but placing it back in a different one.

The ahmas did not like this at all. Getting screamed at becomes less humiliating after a couple of runs. The contaminated bucket had to be emptied, rinsed out and cleaned, and then refilled with hot spring water before it could be used again.

Ladles are to remain with their original bucket or put in the dirty pile if they have had skin or floor contact. Visitors are never to stick their hands directly into the buckets, but must use the ladles to scoop up the water to clean themselves off. Dirty water should never come in contact with the buckets, ladles, or baths.

Only after cleaning was I allowed in the hot spring bath. Being a traditional bath, there was no way to control the water’s temperature. It was scalding and I had my first true experience as human soup. 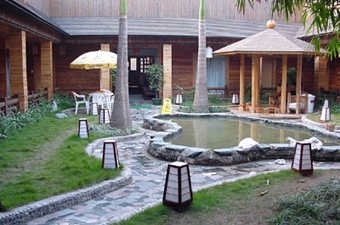 Once in the bath, patrons are not to move at all. I ran my hands over my legs to try and alleviate the feeling of conflagration. Surprise: I got yelled at. I think this rule may also relate to the sanitation issue as well as aid in patrons’ comfort.

It was only when I sat completely still that the fire subsided and a woozy sensation of warmth and relaxation emerged. The low-level grumblings of the ahmas contrasted starkly with their previous high-pitched yells, and I was able to Zen them into the background.

People can–and do– pass out from all the heat and steam. A sign posted on the wall dictated that patrons were not to soak for more than 20 minutes at a time for their own safety. That was fine by me, as I couldn’t make it past 10 minutes in the piping hot water.

I did three rounds of 10 minutes in, five minutes out, and felt ethereal when I finally emerged. My skin felt like silk, I was more relaxed than I’d ever been, and I was more convinced than ever of the spring water’s purported health benefits.

Since then, I have visited other baths in different parts of Taiwan. Soaking privately in a modern hotel room will never compare to my first experience with the ahmas. Although I have to admit, it is nice not to get yelled at while naked.

Looking for some unusual relaxation practices while you’re overseas? Check out the World’s Weirdest Spas, or go more mainstream with How To Choose Your Perfect Yoga Retreat.

Tagged
Lifestyle Culture Guides China
What did you think of this story?
Meh
Good
Awesome

How to humiliate yourself in a bar, according to a bartender