Last summer, my wife and I flew to Alaska in celebration of her 30th birthday and our 4th wedding anniversary. As momentous as the trip was for her, and for us together, it had a significance for me that was harder to quantify but impossible to stop thinking about.

Twenty summers earlier, my family had traveled to the same area of Alaska for a vacation. As a 12-year-old, I watched the boats come and go from Homer Spit, rafted the class III-IV whitewater of the Nenana, and looked out on the Alaska Range, the peak of Denali covered in clouds. Two decades later, standing on that same spit, rafting the same rapids, watching the clouds obscure those same peaks — the Alaskan terrain seemed to be continually leading me into meditations on our relationship to place, on what it means to be a traveler, on memory. 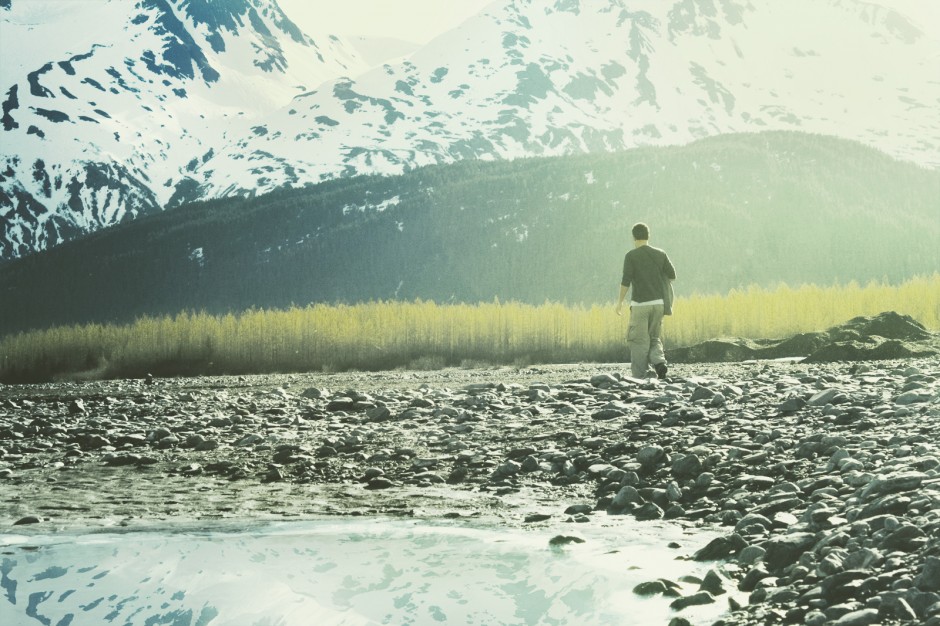 Returning to specific places my family had visited in 1992 was like walking into a faded travel photo. I kept stopping to scan the panorama, filling in the gaps of the images held in my mind. The outwash at the base of Exit Glacier was intensely familiar, though the glacier itself had retreated around 100 feet since I'd last seen it.
All photos: Aya Padrón 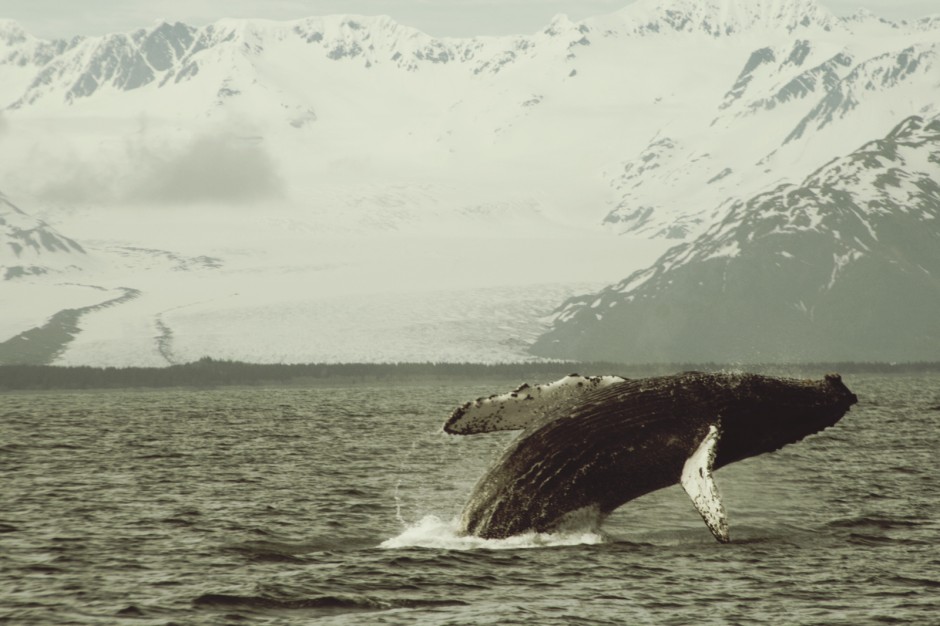 My primary memory of the Resurrection Bay day cruise I was on 20 years earlier is of a humpback whale surfacing right next to the boat. On the return visit, my wife and I watched this one breach repeatedly against the backdrop of Bear Glacier. 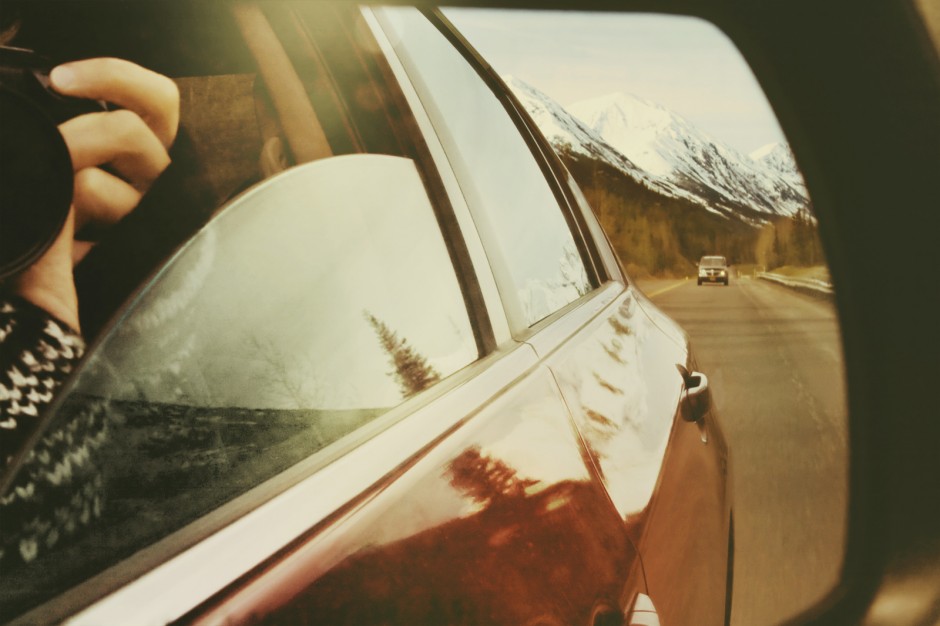 Alaska, the largest state by far, has about the same number of highway miles as Vermont. Chances are if you're driving somewhere, you're on the only road that takes you there. The Seward Highway connects Anchorage and the little harbor city of Seward, where the Resurrection River meets the bay. 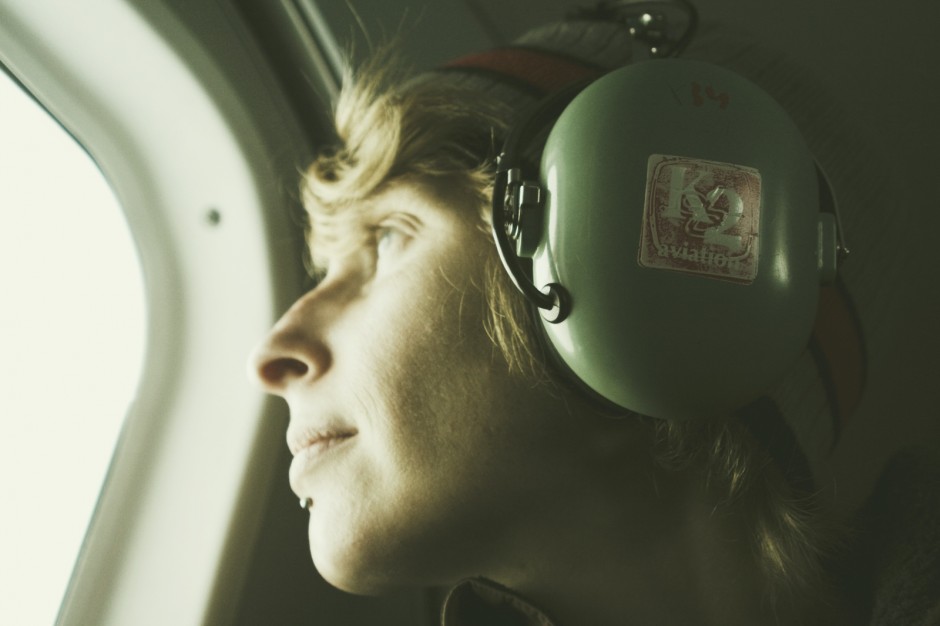 The day my wife turned 30, we flew in a 10-seater de Havilland Otter from the Talkeetna airport up to Denali Base Camp. The pilot called out sights and jokes over our headsets. 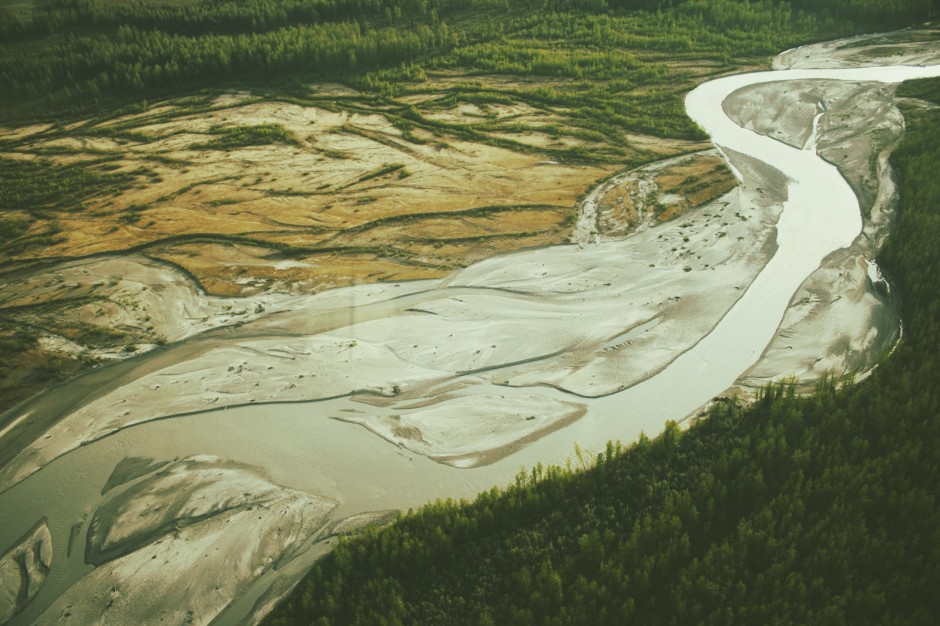 One of the first images we saw out the plane window was the braids of the Susitna River. The palimpsests of the floodway show the water's past almost as clearly as its present. 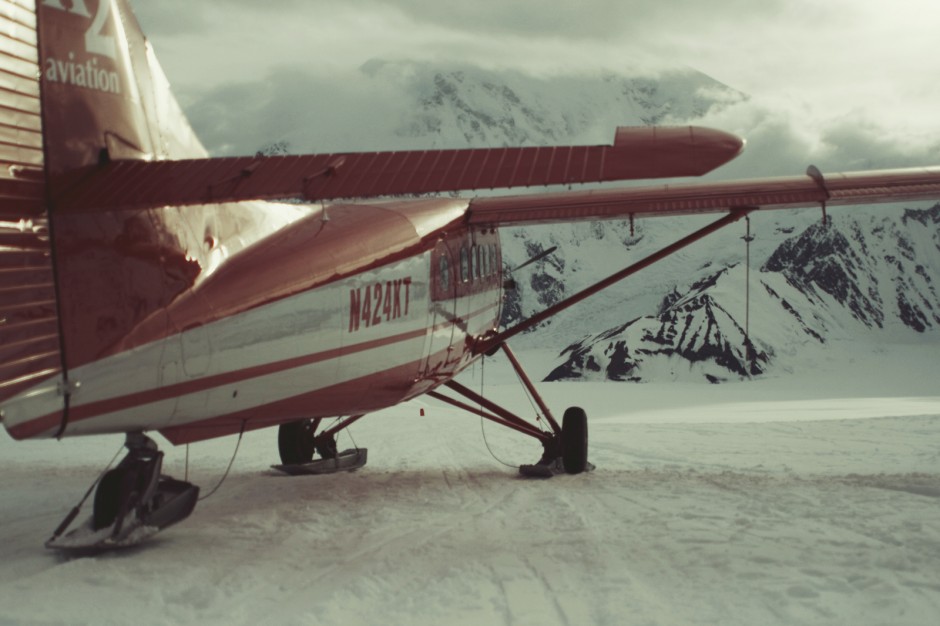 Landing on the ice and packed snow of the base camp runway was surprisingly smooth. Once the engine was cut, our entry into this other world, thick white and quietly sublime, was complete. 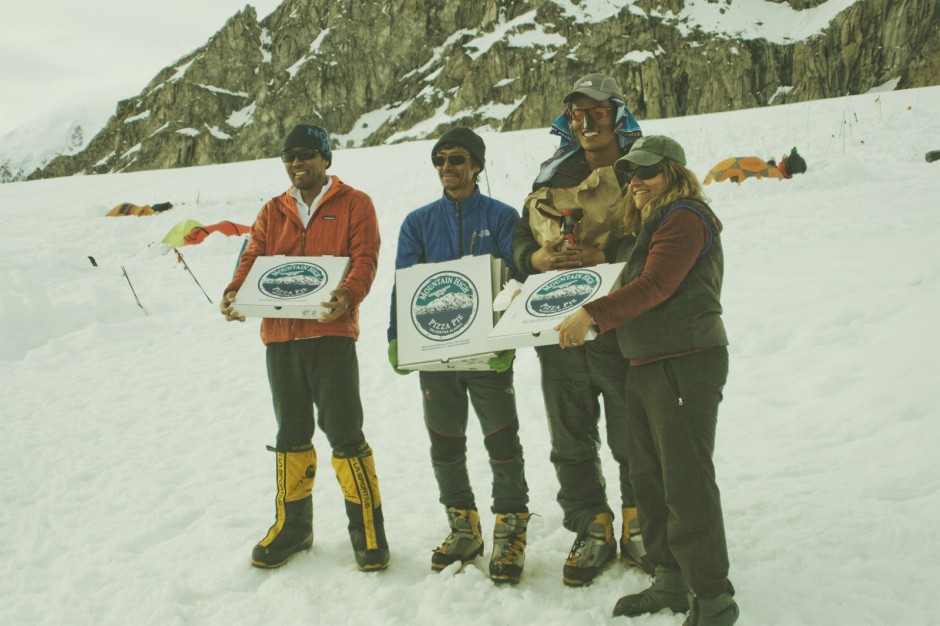 K2 Aviation ferries mountaineers as well as tourists to base camp, and apparently promises climbers who successfully reach the 20,320ft summit of Denali fresh pizzas from Mountain High Pizza Pie in Talkeetna. On May 30th, our flight doubled as the pizza delivery run for this crew of Korean climbers. 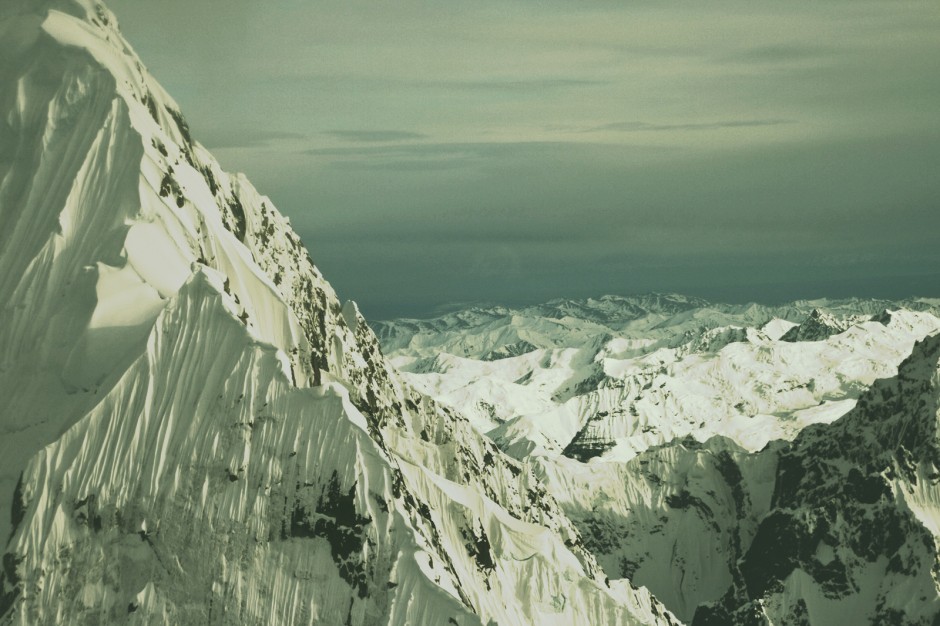 Flying low over the Alaska Range, there was this intense serration of peaks stretching back to the Susitna Valley, and then suddenly we were eye level with a goliath like Hunter. I love this shot because it conveys the unmistakable presence these mountains have. 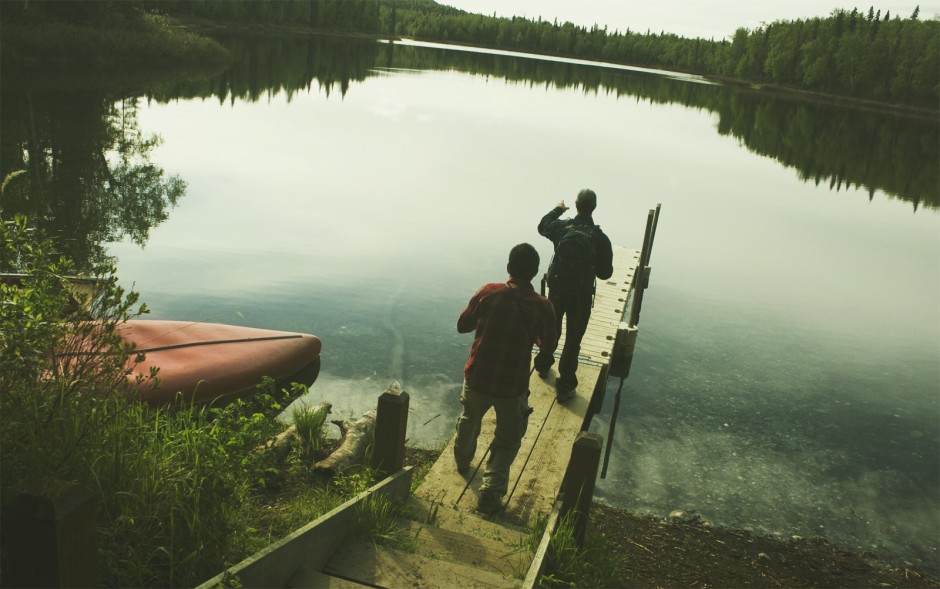 Back below treeline, we went on a nature walk around Talkeetna Lakes Park with Howard Carbone, owner of Alaska Nature Guides. Here, he points out a kingfisher or Arctic tern coasting over the glassy water of the main lake. 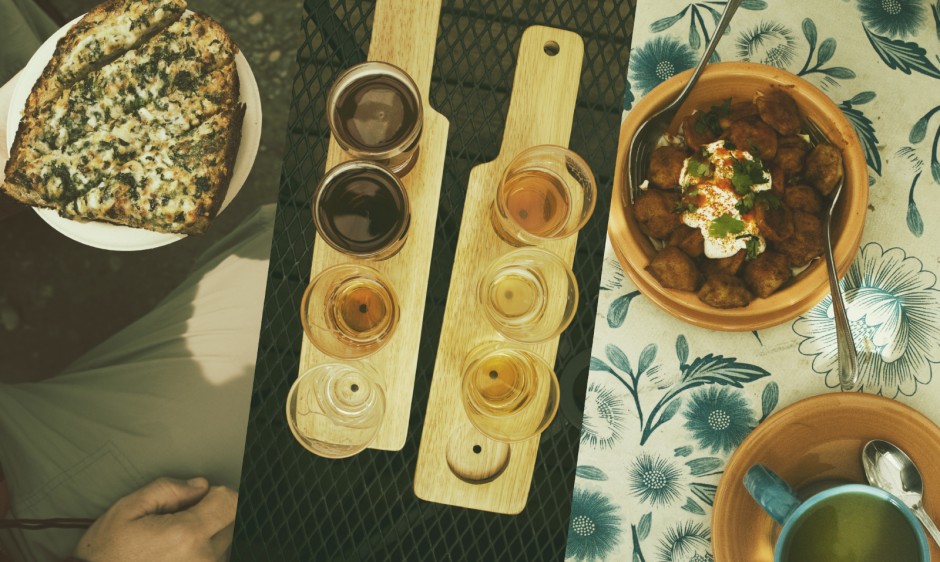 Talkeetna comes across as modern-day Alaska in microcosm. The town's ~900 residents have arrived from diverse backgrounds but have one thing in common: the experience of cutting a life out of the bush. A hundred-yard walk down Main Street gets you fresh-baked spinach bread served out of an Airstream trailer, a flight of very legit craft beers from Denali Brewing, and a bowl of spicy Himalayan dumplings. 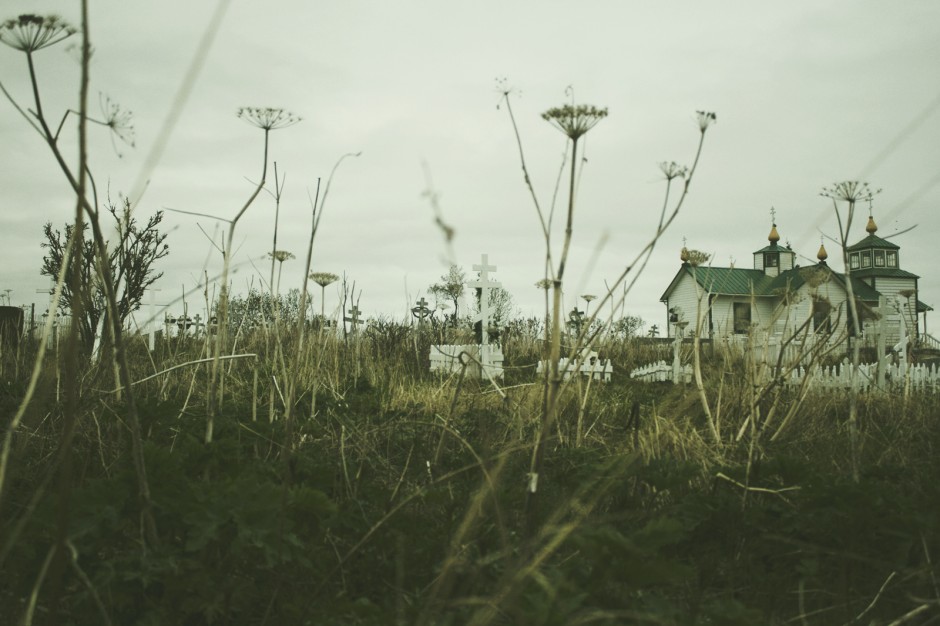 In a land of few people, there are plenty of stories. This Russian Orthodox Church in Ninilchik, overlooking the Cook Inlet at the western edge of the Kenai Peninsula, dates to 1901 and was built by Russian settlers who first came to the area 50 years earlier. Even though the Sterling Highway gives easy access to Ninilchik, the village doesn't seem to notice. 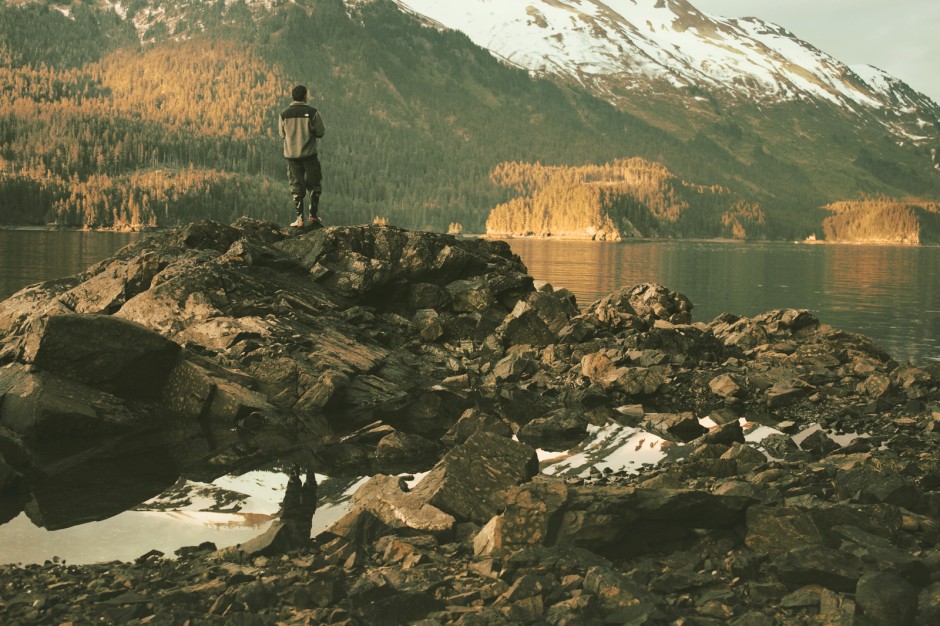 Our last few days were spent at a luxury lodge accessible only by boat from Homer Spit, or else by floatplane. On their day off, lodge guides Andy and Krista attempted a traverse of the ridge visible across the water. Halfway up they were forced to turn back by thigh-deep snow over the trail. 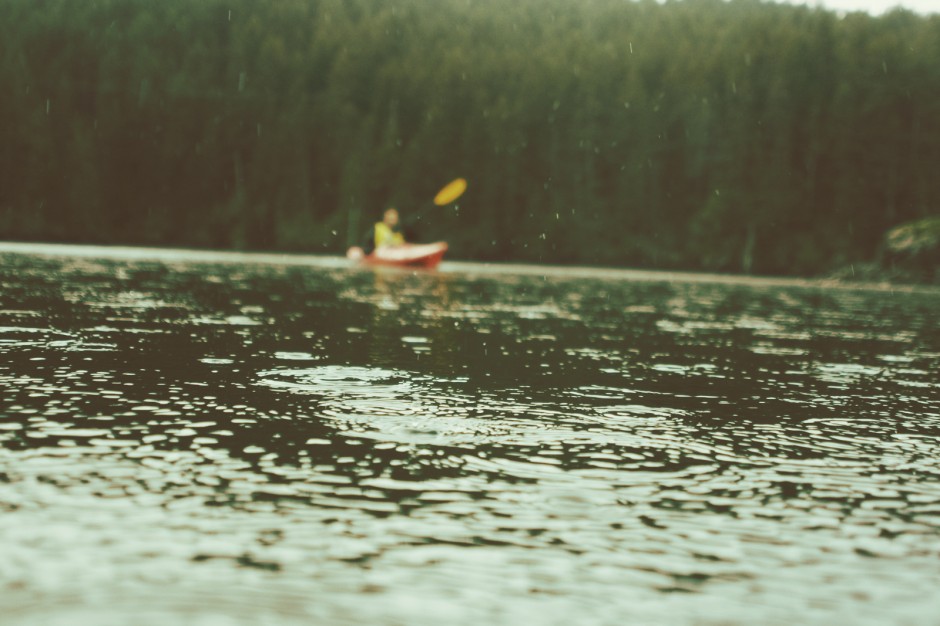 When Teresa took us sea kayaking in the rain, we were discovered by a pair of harbor porpoises. They swam with us for a while, submerged and silent for 30-second intervals, then punctuating the quiet of the rainfall with a single spouted breath, their pale bodies grazing the surface of the green water like a childhood memory. 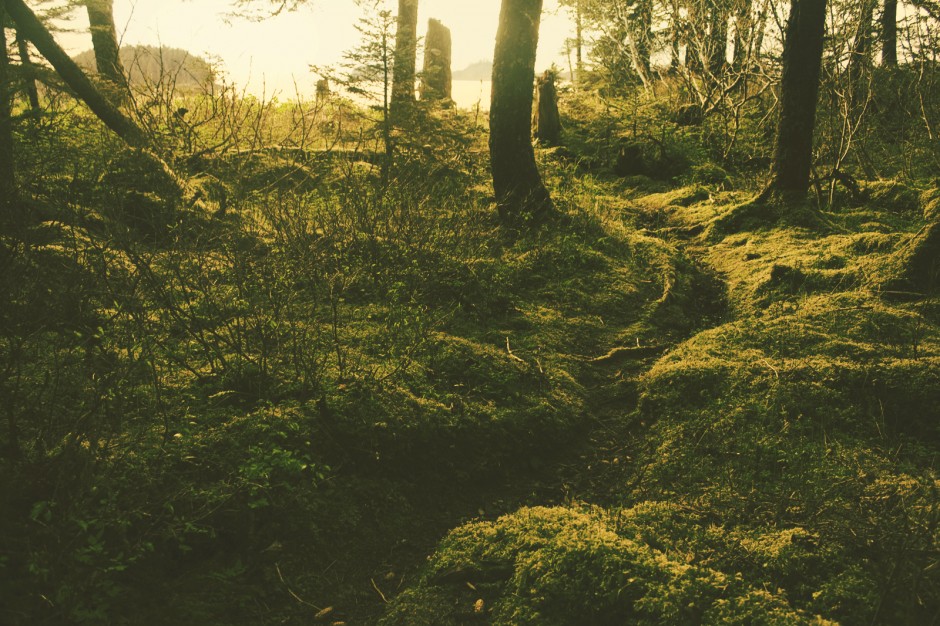 The compressed growing season, the prolonged twilight…summer in Alaska can feel like magic when you're dropped into it as a visitor. Near the lodge, trails led through Sitka spruce to bald eagle nests and black-pebble beaches. 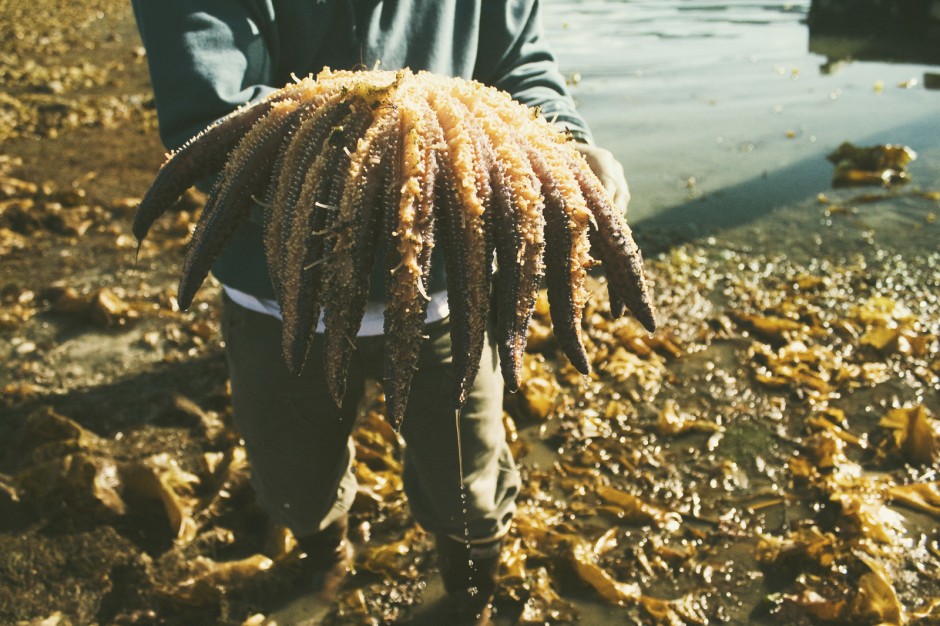 At low tide, the shore at Tutka Bay Lodge transformed into an aquatic petting zoo. Here, Andy shows off one of the massive sunflower sea stars that hang out in the kelp by the dock. 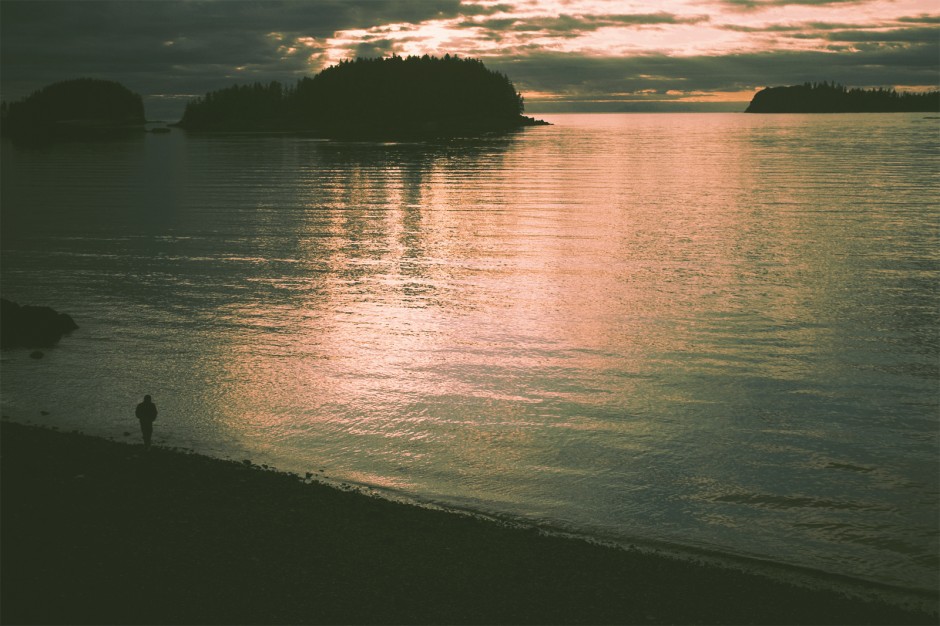 We never managed to stay up all night to see if it actually gets dark in June in Alaska. This midnight walk on the beach was as close as we got.

This post is proudly produced in partnership with SanDisk.
Tagged
Parks + Wilderness Trip Planning Alaska, United States SanDisk: Telling Life’s Stories from Memory
What did you think of this story?
Meh
Good
Awesome
✖
travelstoke
Download the mobile app
stoked by