01:00 May 5, 2020
Top Countries
Top CitiesView All Destinations
Trending Countries
Trending Cities
Load More
Dust off your best article about Mexico published during 2009 for a chance to win the Nick Gallo Award. 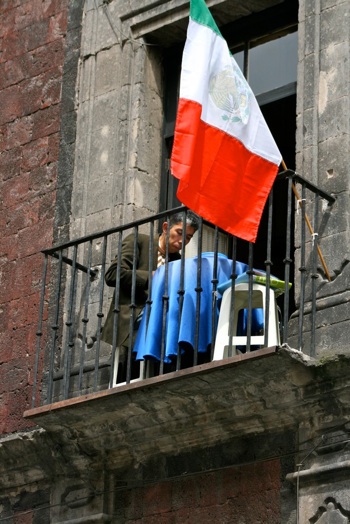 My friend Sylvie Laitre of Mexico Boutique Hotels just alerted me to a writing contest and asked that I invite Matador writers to participate.

The Nick Gallo Award, named for travel writer Nick Gallo, who died on assignment in Greece in 2008, will be awarded to a writer who had an article about Mexico published in 2009.

Here are the contest specs:

• The contest is open to all U.S.- and Canada-based freelance writers specializing in Mexico.
• The article must have been published in 2009.
• The article must be at least 800 words and was published in either print media (magazine or newspaper) or an online publication. (Blogs are not eligible).
• The topic must be related to Mexico’s tourism and/or culture.

The contest is sponsored by Mexico Boutique Hotels, www.MexicoPremiere.com, and AeroMexico. The entry deadline is March 15, 2010, and the winner will be announced in late April. The entries will be judged by a panel of professionals from the Mexico tourism industry, including executives from airlines and hotels, and the winner will receive:

Entries should be sent to editor@mexicopremiere.com.

Matador contributors have written some incredible articles and essays about Mexico, so I hope to see the winner of the award come from our community of writers.

For tips on becoming a better writer, be sure to reference our How to Write Focus Page and consider joining MatadorU, our 12 week travel writing program.

Tagged
Contests Mexico
What did you think of this story?
Meh
Good
Awesome

Singapore’s luxurious Raffles Hotel is offering anyone a suite for one month, but you’ll have to earn it

Win a trip ‘Around the World’

Enter the #travelstoke: Queensland competition to win a free trip to Australia