AN HOUR OFF THE PLANE TO SRI LANKA, my taxi rolled up on this huge elephant just standing on the side of the road. “Stop,” I said. The driver stopped in the middle of the road. No other cars in sight. Raw nature in every direction. And this incredible elephant, just staring at us.

I snapped a few photos — the elephant didn’t move an inch. So I passed the camera to the driver and approached it slowly, one nervous step at a time. Moments later, I was face to face with this ancient creature. Its sad dark eyes and cavernous wrinkles. A thousand years, that’s what it felt like. I placed my hand on its forehead. Just for a second. A second that would last rest of my life. Scared. Awed. Stupified. There are no words.

And when I got back into the car my driver said, “Please, never do that again.” He gave me that Indian side-to-side head wobble, that means so many things and nothing all at once. “You might have been killed,” he continued.

He was a terrible photographer, that cabbie. But it didn’t matter.

Two weeks later, I’ve seen dozens of wild elephants and heard even more stories. Stories about them overturning cars, smashing the occupants, even stopping tanks in their tracks. Tanks! There was war in Sri Lanka, and there are elephants.

I sat in a park and watched them lower a flag beside the ocean and the setting sun. The boardwalk teemed with activity. Children playing drums. Uniformed schoolgirls holding hands and singing songs. Cotton candy and falafel. A man was selling pony rides. And then this elephant dressed in chains was led along the shore. Dressed in circus garb and the saddest dark eyes I’d ever seen. They stood by the curb outside a grand hotel, shaking a tin can for tourist coins and photo ops. I handed my camera to a young local and spent a moment showing him how to aim and press the button. A camera worth more than his house perhaps. He might have been five or six. His father stood nearby watching. Smiling.

I walked over and placed my hand on the forehead of the mighty elephant. Again. Longer this time. I closed my eyes and attempted to convey a message. To bury my fear and press only love into his manacled heart. I’m sorry, I said.

The boy took an alright photo. Better than the cabbie. But it’s the first elephant moment that sticks out in my memory. The one I missed. The one that almost killed me. That’s how I remember Sri Lanka. 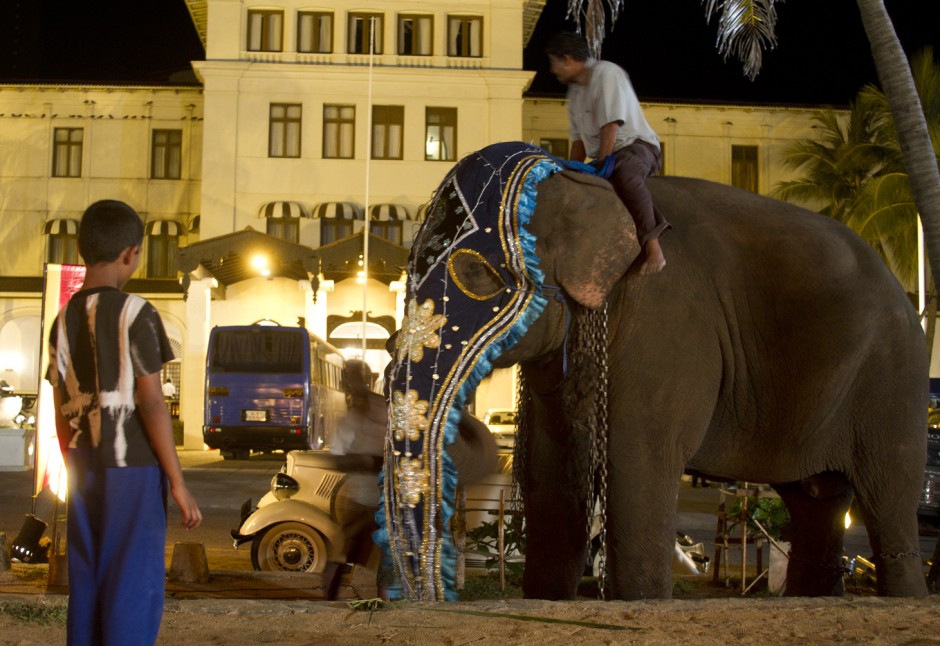 This boy shot the photo of me touching the elephant. And, once he figured out how to work the camera, many others. 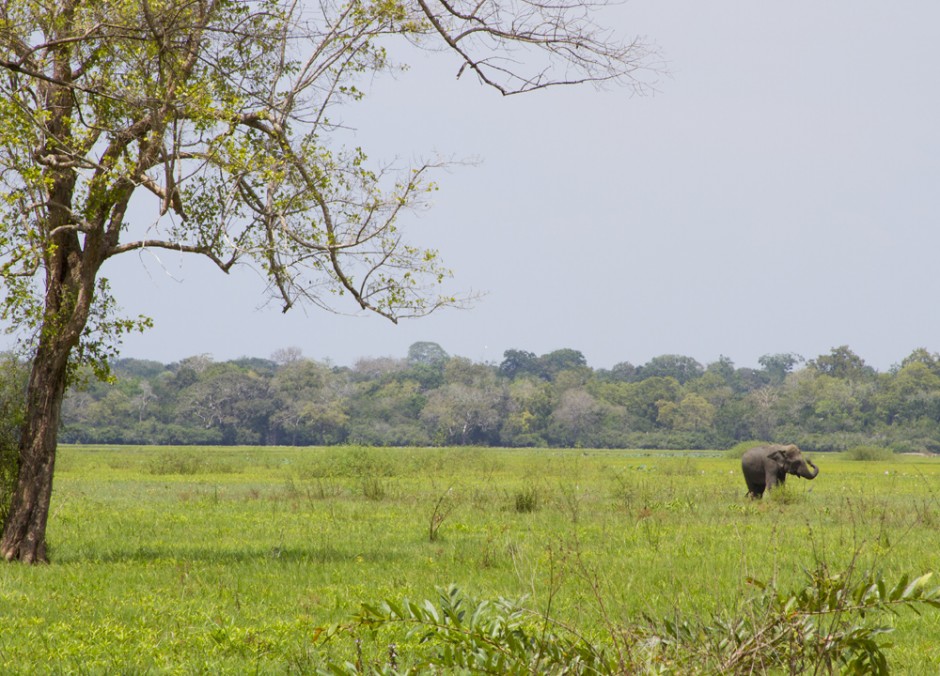 The sight of wild elephants along the road never got old. Sri Lanka also possesses some of the most massive, ancient trees I've ever seen. 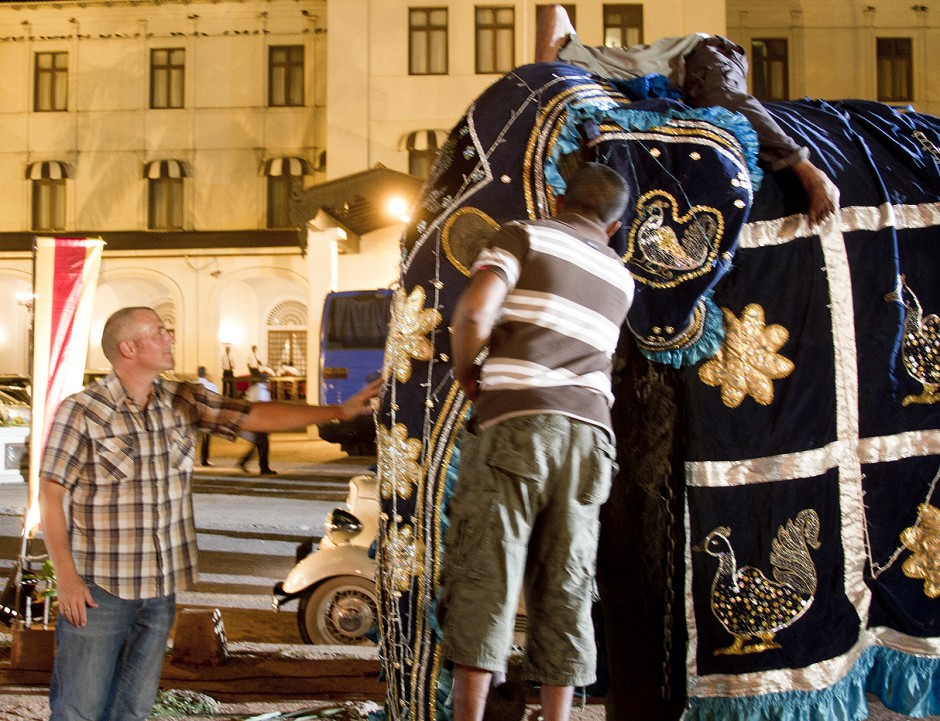 More a memory than a photo -- I was trying to mentally communicate something positive to the elephant. Maybe that's cheesy...I'd been traveling alone for a while at this point. 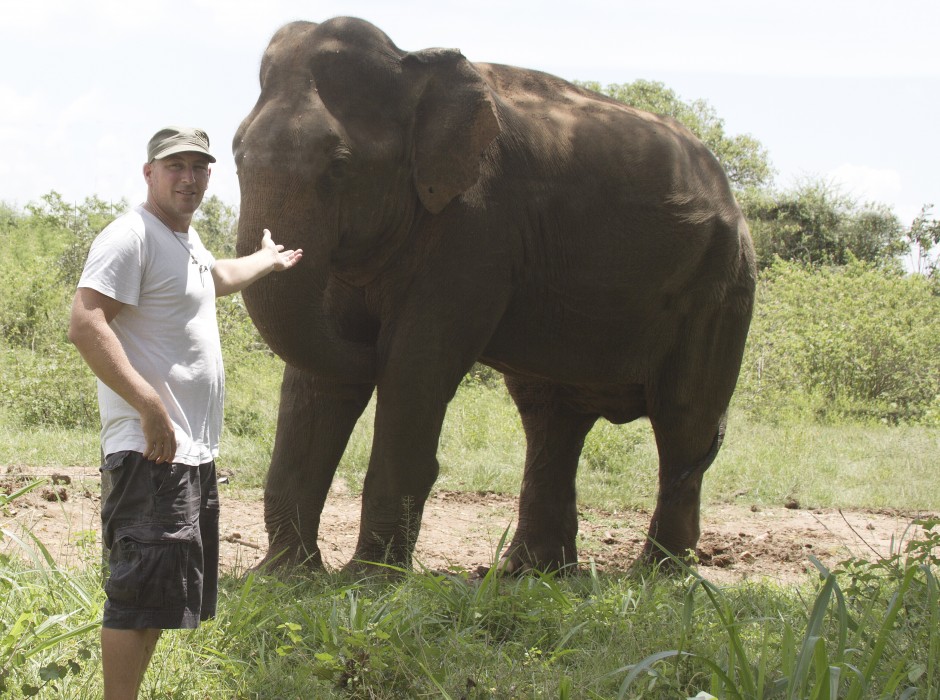 Seriously, an hour off the plane, my cabbie shot this photo on the side of the road. Probably not the wisest decision, but one I'll never forget. 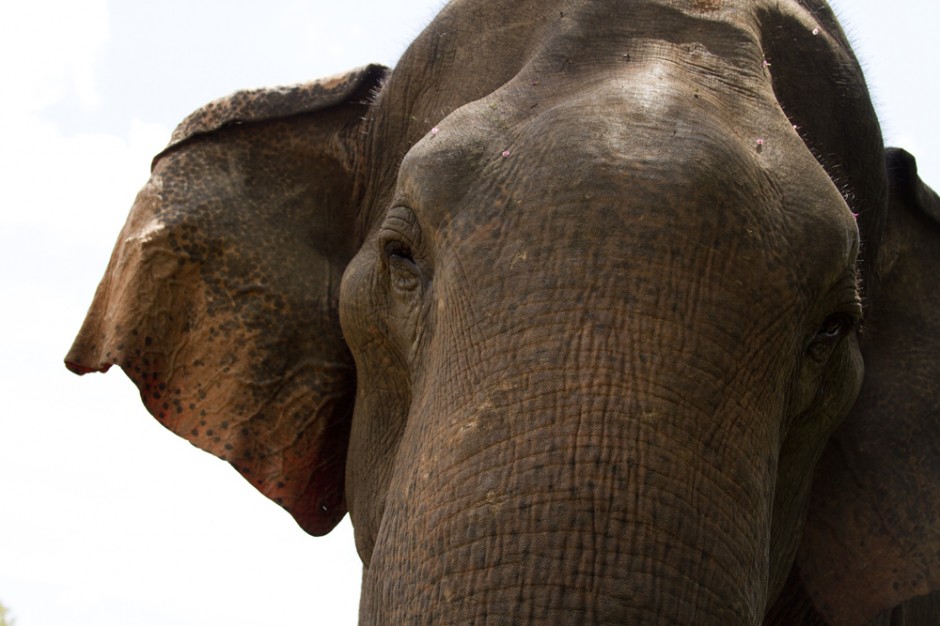 They say elephants never forget... what about that makes them so unforgettable? 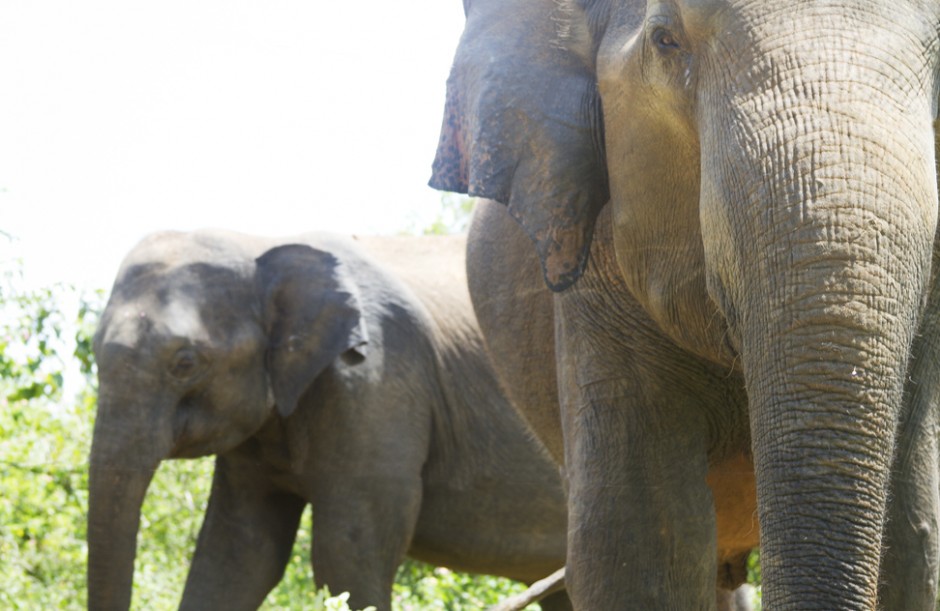 In with the family

My camera lens is only 50mm. So, for this mother/daughter moment, I'm practically part of the family. Don't try this at home. 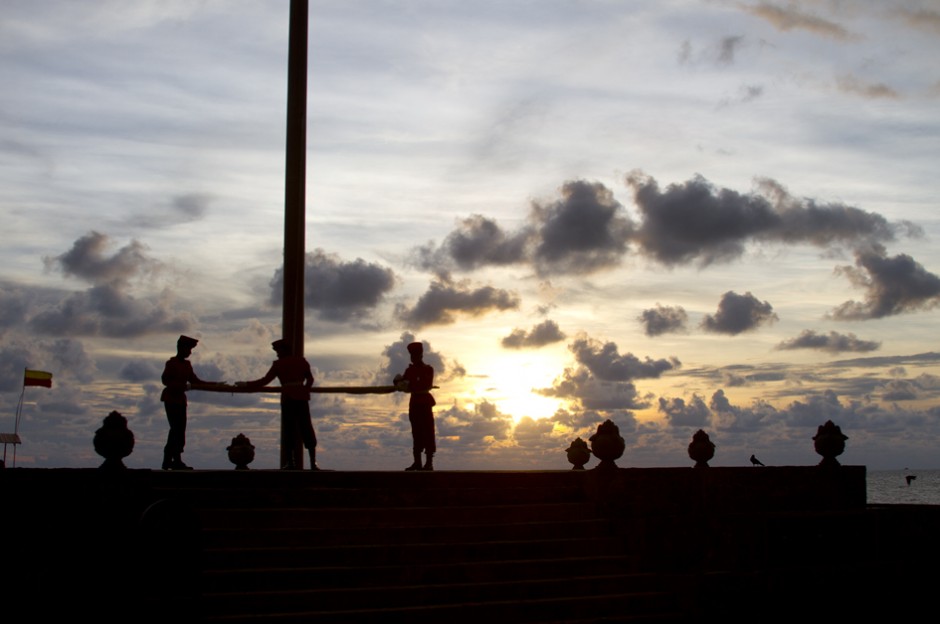 My final sunset in Colombo, something felt symbolic about these soldiers lowering their flag. Plus, it was the first time I didn't get in trouble trying to photograph the military.

Tagged
Sri Lanka Ambassadors
What did you think of this story?
Meh
Good
Awesome
✖
travelstoke
Download the mobile app
stoked by