The Yacuma Pampas lie in the upper Amazon basin of north-central Bolivia. I first discovered the area as I was planning a trip to Bolivia and was perusing Google Earth images of the country’s lowlands. At first, I thought the vast open area was a result of deforestation, but on closer examination the images showed no roads, no clear-cuts, no fishbone-like networks of slash-and-burn agriculture. Rather, the wide-open flats were crossed by a network of rivers surrounded by narrow veins of gallery forest. The mosaic of habitats and overall size make the Yacuma a vast wetland, almost unrivaled in scope and diversity.

I’m a wildlife biologist by training and have spent time conducting research throughout the rainforests of the New World. When I travel, I search for the best places to watch and photograph birds. The Yacuma quickly found a place on my itinerary during my six-week exploration of Bolivia.

The Yacuma Pampas aren’t protected by any federal body. Instead, the preserve is a product of local communities who, in a moment of prescience, realized that the abundant wildlife of the region was worth more than destructive agricultural practices could generate. Close to 20 years ago, the community started charging a small fee to visitors and worked with local outfitters to build small, scattered lodges along the river. And within a few years, the largest community-based conservation area in the world was born. The Yacuma Pampas Protected Area encompasses nine rural communities and over 170 different cattle ranches and includes 616,453 hectares (1,523,280 acres).

The pampas lie in the province of Beni, about a three-hour drive over a rough gravel road from the jungle-outpost of Rurrenabaque. Rurre, in turn, is accessible by air from La Paz and Santa Cruz. From there, access is as easy as booking a multi-day tour from one of several outfitters. (A word of warning: Not all are equal and some have questionable environmental ethics.) I chose Bala Tours, a well-regarded company that goes out of its way to employ locals. Bala runs a rustic but comfortable lodge a short boat ride down river from the village of Santa Rosa. From there, I worked with a local guide, who took me up and down the river in a motorized dugout canoe, the perfect platform from which to watch and photograph the wildlife of the pampas. 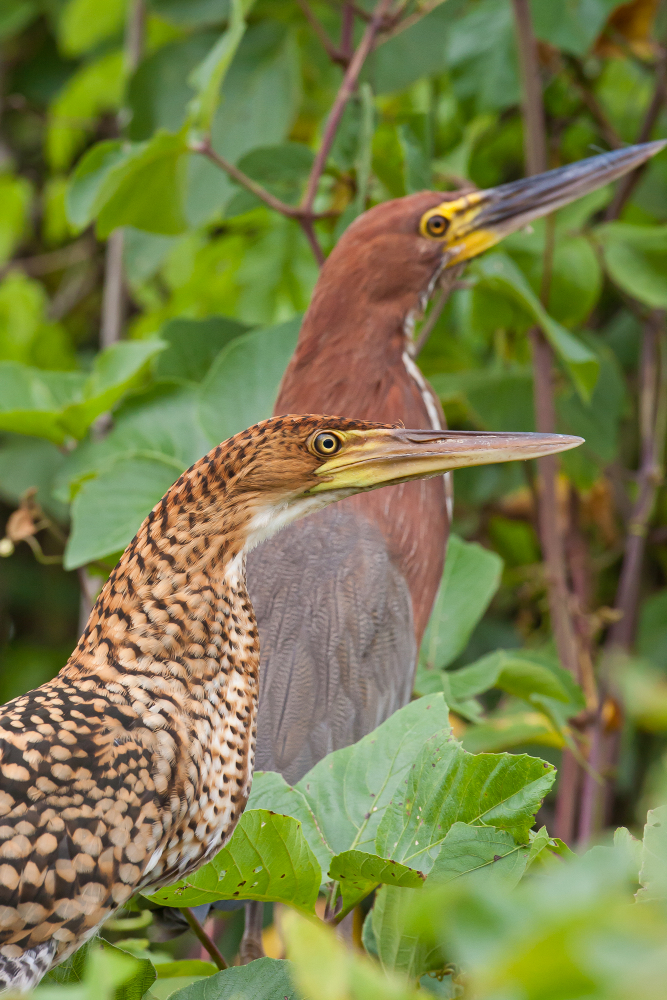 I spotted these Rufescent Tiger-Herons (an adult and a juvenile) along the bank of the river as my guide and I motored slowly past in a dugout canoe. My guide turned off the motor and eased us forward using a homemade paddle. The birds remained completely still as I snapped images with a big telephoto. Finally, just feet away, the adult twitched. I raised my hand and my guide allowed the current to pull us away before we frightened them into flight. 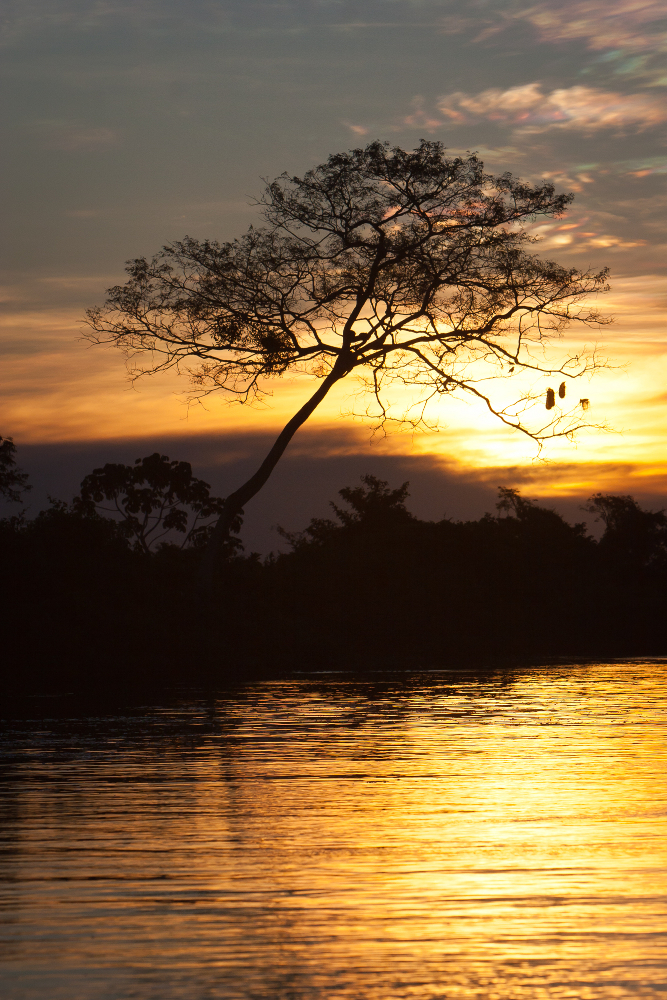 Trees overhanging the water like this are often used as nest locations by birds such as the Yellow-billed Cacique. A few are visible hanging pendulum-like from the branches. 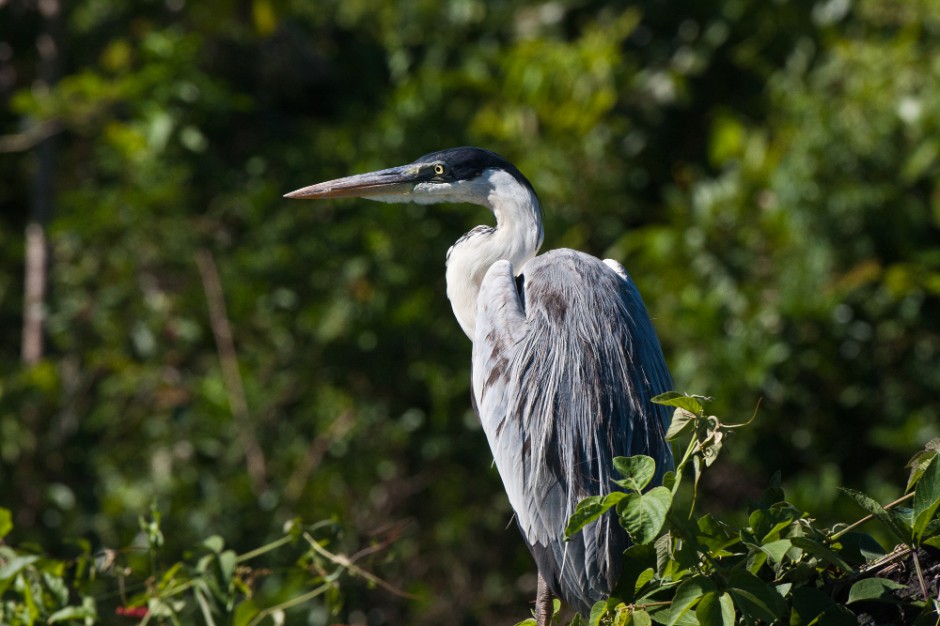 Hundreds of species of birds, including this Cocoi Heron (the largest species of heron in the New World), are common along the slow-flowing Yacuma River. 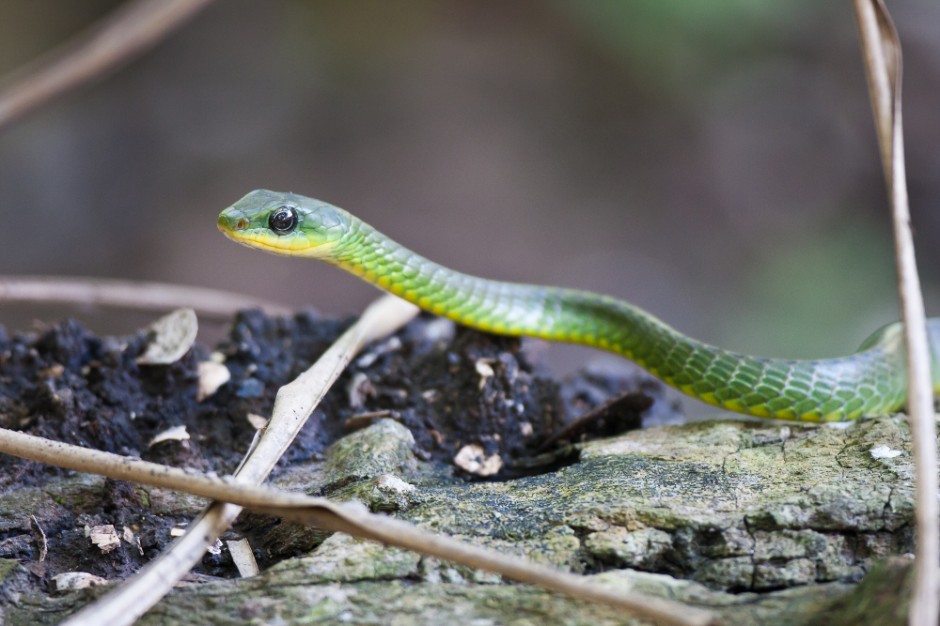 I found this lovely green snake (a nonpoisonous member of the genus Chironius) patrolling the forest on the edge of the lodge's grounds. Snakes, for all the fear they generate, are generally harmless. This one I followed for 10 minutes before it ventured up some low-hanging lianas and out of sight up a tree. 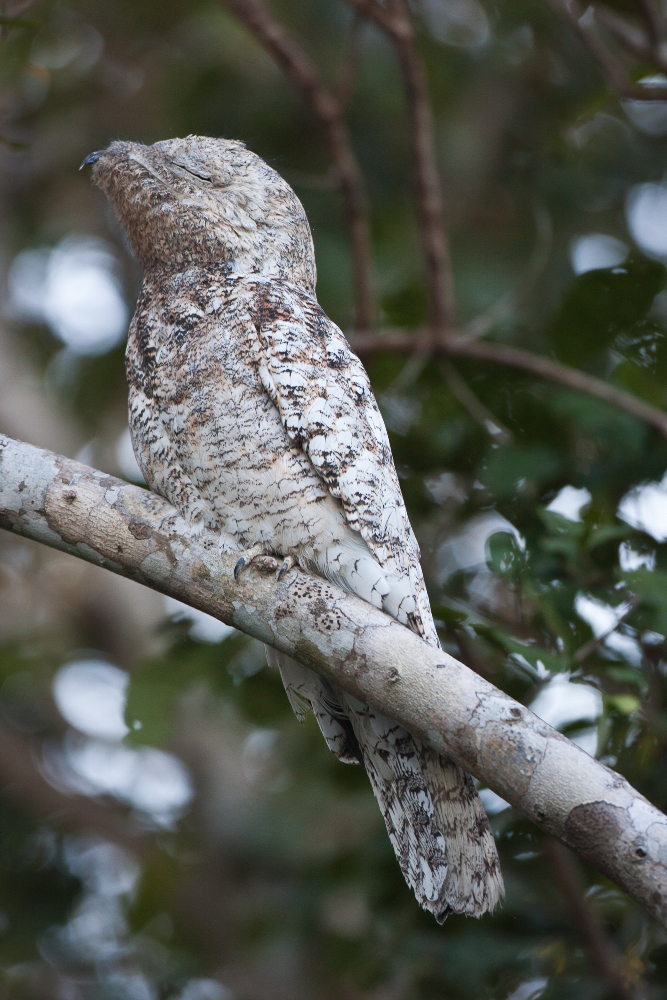 Perhaps one of the most bizarre birds of the Yacuma (and elsewhere in the New World tropics) is the Great Potoo. This nocturnal species is the size of a large owl and preys on big flying insects and even bats. They are stunningly camouflaged, usually invisible on dead branches of larger trees. This one, however, stood out on the small riverside branch on which it perched. 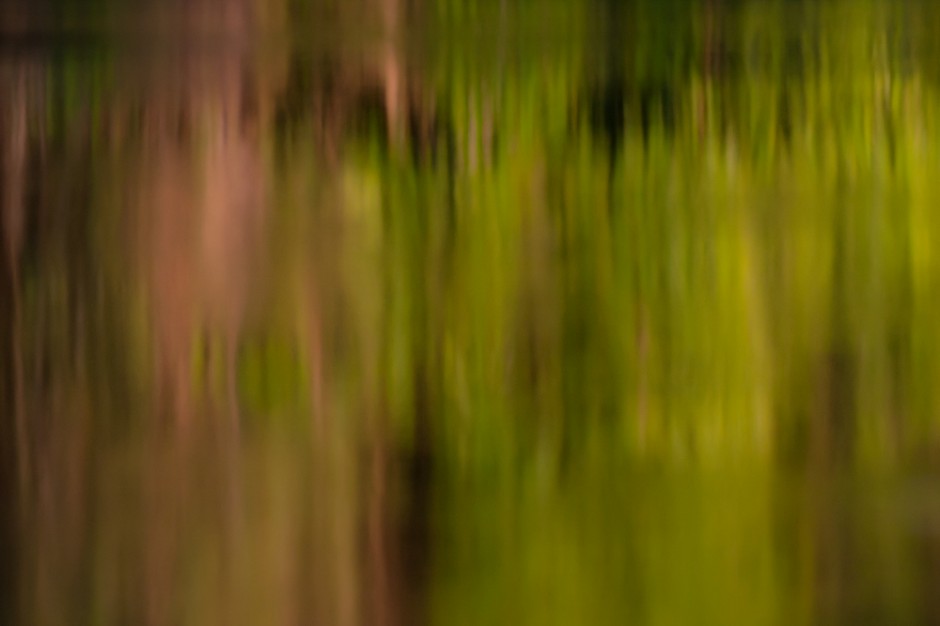 Despite being both a birder and a photographer, mornings are generally hard for me. In the Yacuma, however, I woke up before dawn, as though it were Christmas, eager for another day of exploration. I made this image as the first of the sun's light tapped the forest on the far side of the river. The reflection in the tea-colored water is blurred by the slow flow downstream. 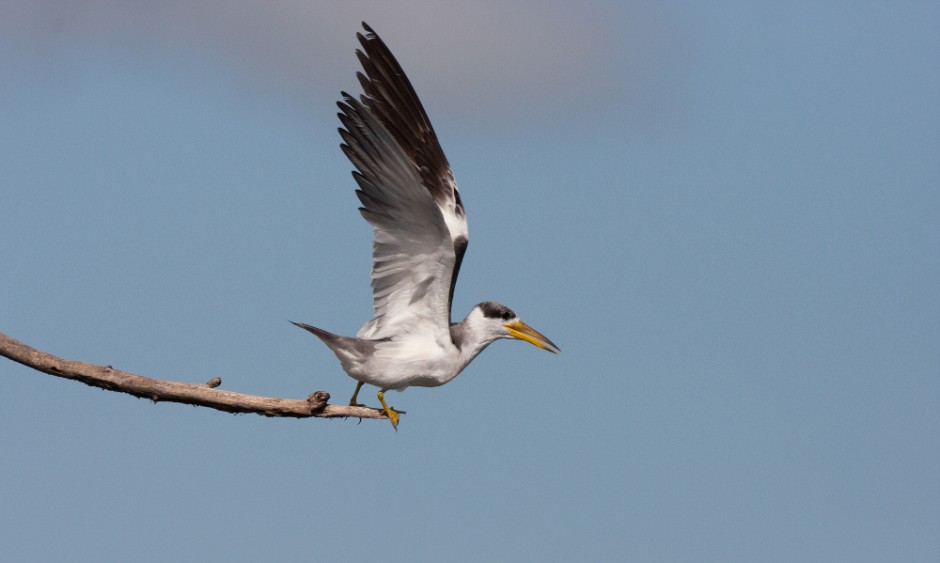 Among the many species of birds, this Large-billed Tern is one of the more abundant. 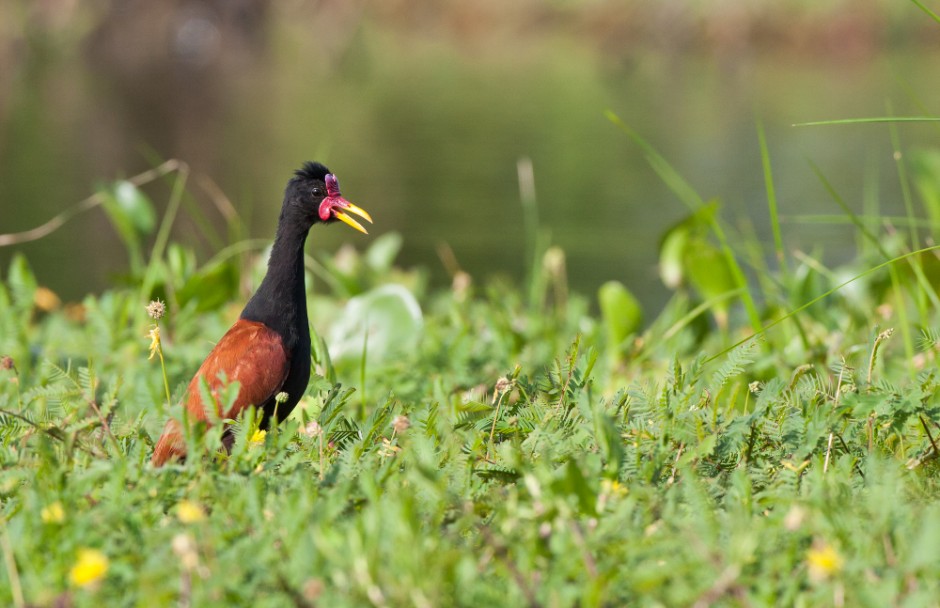 Away from the riverside forest, the landscape opens up into a broad, flat plain of shallow, flooded vegetation where species like this Wattled Jacana wander. 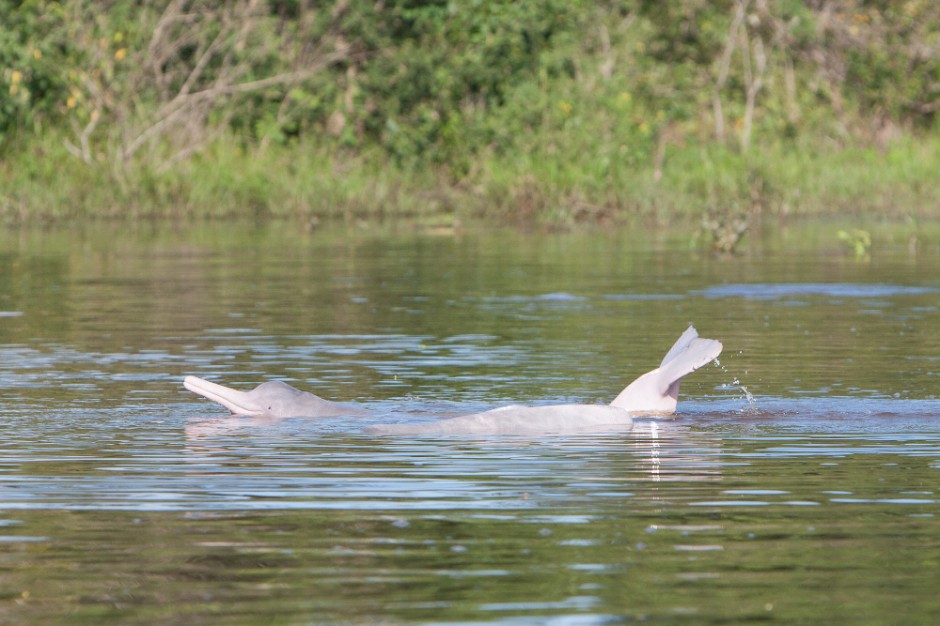 I about fell out of the boat when I saw my first Amazonian Pink River Dolphin, or Boto. I'd hoped to encounter this strange species during my previous trips to the Amazon, but never did. In the Yacuma, the strange, long-beaked pink and gray creatures couldn't be missed. I slipped into the water and floated near where a pod of dolphins were foraging -- they approached and circled me, brushing my legs as they passed. 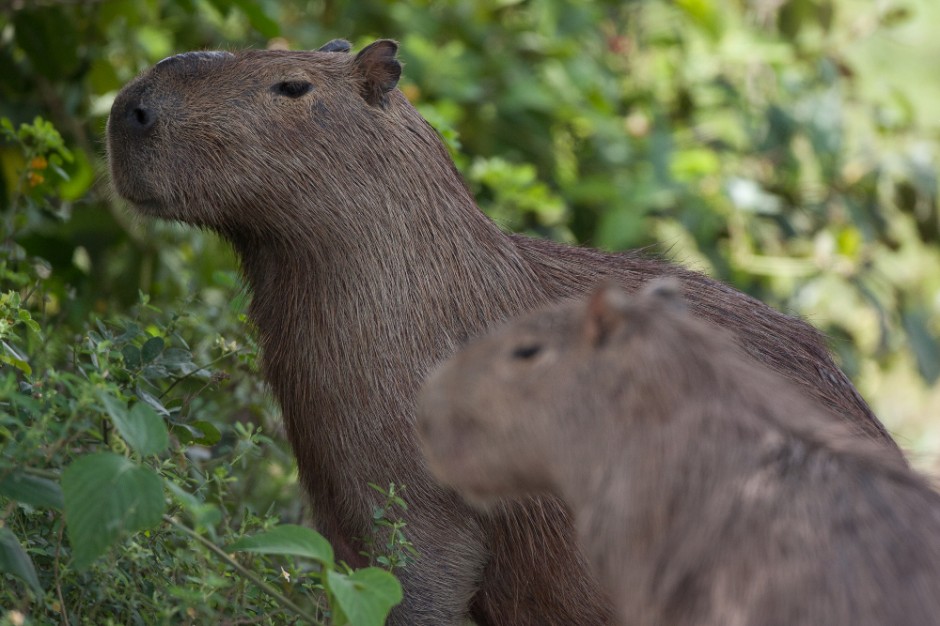 Capybara are the largest rodents in the world and can reach 100 pounds. Unlike many other places I've been in the Amazon, in the Yacuma, these gigantic guinea pig-like critters are easily visible. 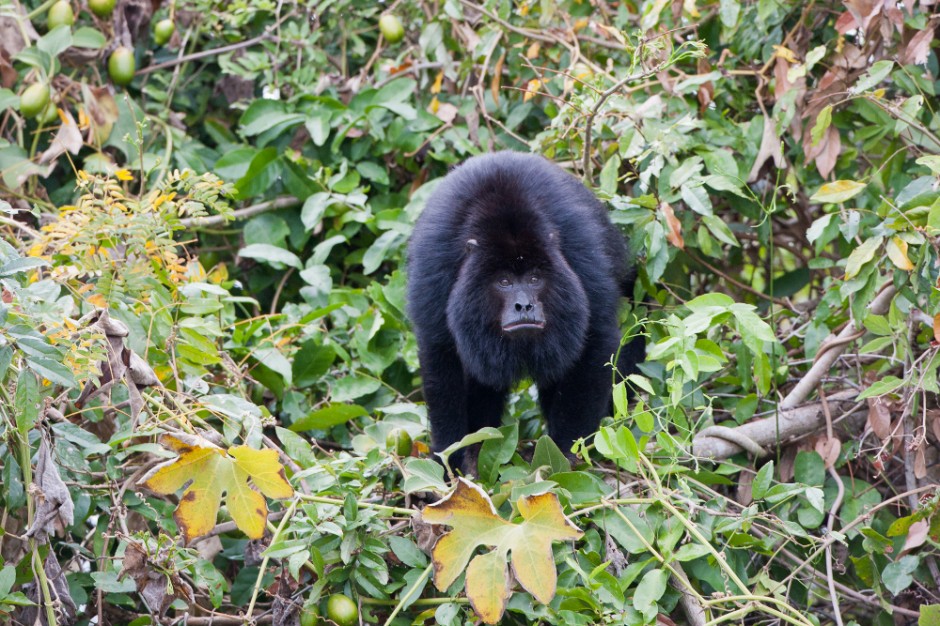 It is rare to travel far up or down the river and not encounter monkeys. This is a male Black Howler Monkey, who watched me suspiciously as I passed below in a dugout canoe. 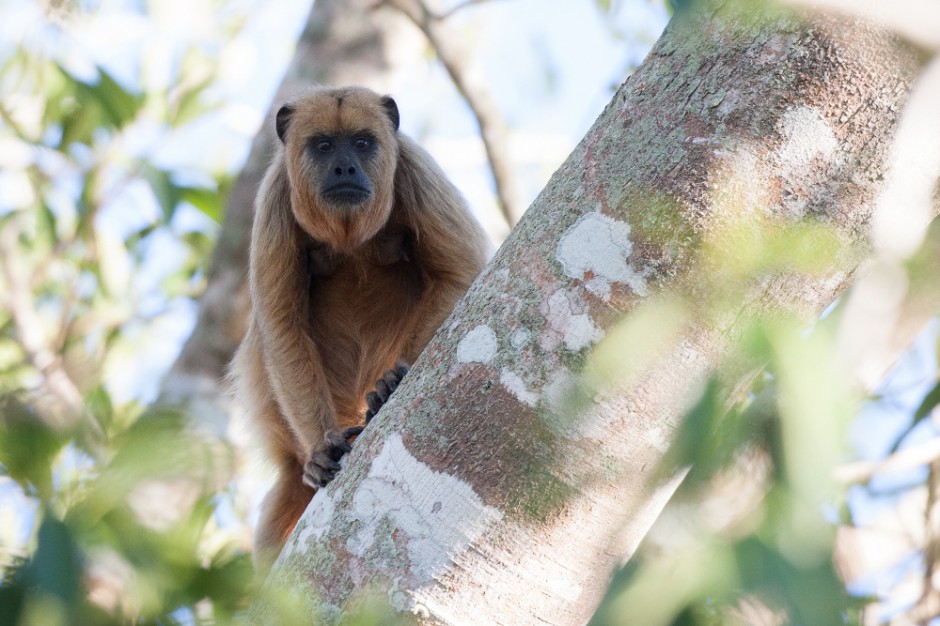 This female howler was hanging out with the male in the previous image. She, much shyer, remained high in the branches over the river. 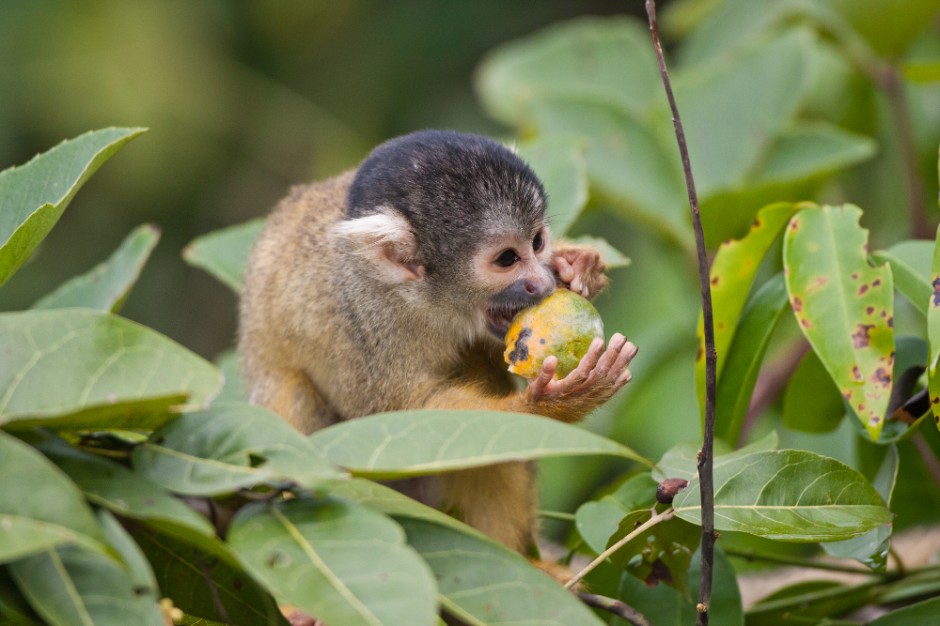 Several troops of Squirrel Monkeys dwell in the gallery forest along the river. These, well accustomed to humans, were not fearful and allowed me to approach within a few meters as they foraged on a fruiting tree. 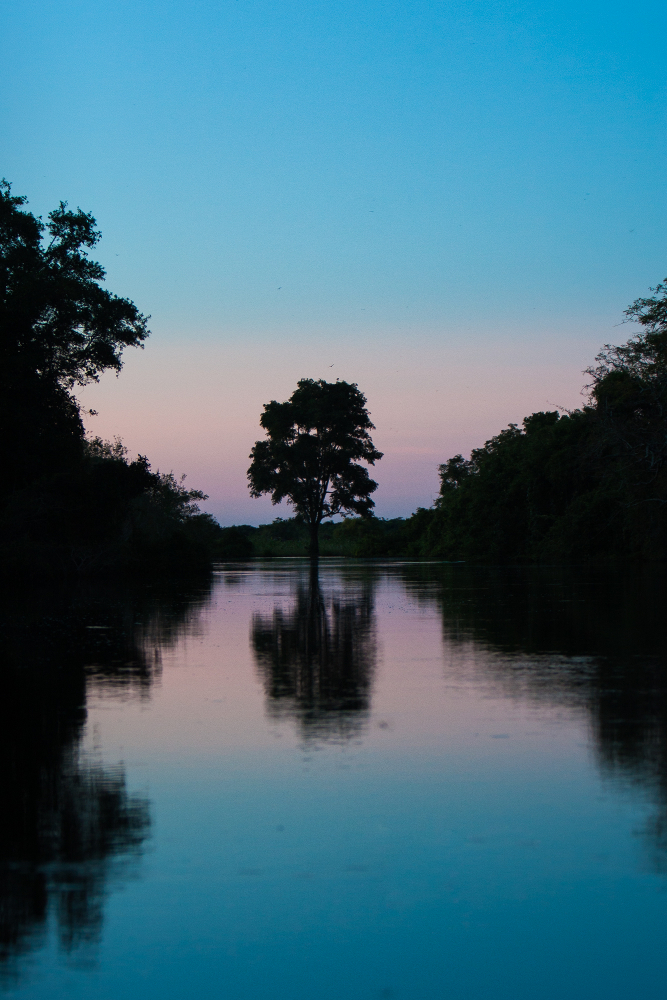 The twilight along the equator lasts only seconds as the sun drops like a stone into the horizon. It disappears in a blink, and if you aren't there to see, those few sublime moments are gone.

What did you think of this article?
Meh
Good
Awesome
Bookmark
Posted In
Travel
Destinations
Bolivia

Here are the cheapest places to travel in South America 2017