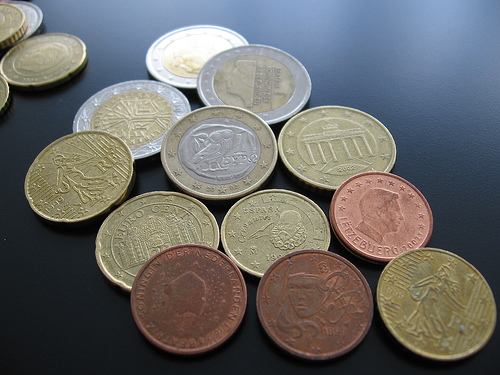 Well, it sure looks that way.

One tourist-hungry British village is already accepting the currencies at par, hoping to attract for Irish and continental European visitors, and a financial expert quoted by the BBC recently called official parity “almost inevitable”.

The BBC story notes that at least one high-profile Forex, 100 euros will currently set you back £99.11. Sure, it’s not quite parity — but it’s close enough, right?

This is good news for European travelers interested in visiting the United Kingdom, but bad news for the Brits who love to flock to the Canaries and the beaches of Spain each winter.

It could also be bad news for continental European tourism industries.

When the Canadian dollar broke even with the US dollar (and eventually surpassed it) last fall, cross-border shoppers rejoiced. But for the Canadian travel industry, which relies for large chunks of its business on American tourists who view the Great White North as a discount holiday option, parity was nothing to cheer about.

Of course, US-Canadian parity didn’t last long, and our trusty CAD tumbled back down again this past summer. Our scenario was a blip, a product of immense American economic uncertainty on the one hand and sky-high oil prices (hurray for the tar sands?) on the other.

The Euro’s ascendancy, on the other hand, could be a longer-term reality.

What do you think?

If the European Union currency remains at par with Sterling, or even surpasses it, will the Brits consider joining the Euro-fold?

Does parity help or hinder your European travel plans?

Tagged
News United Kingdom
What did you think of this story?
Meh
Good
Awesome

This Scottish national park is getting its own whisky distillery

Scotland will stop exporting tear gas, rubber bullets, and riot gear to the US

UK pubs will reopen on July 4, but guests will need to sign in for a pint