You can make your trip in Portland a little more authentic by staying in a hotel with character. Whatever you plan to do in during you stay, here’s our list of the 10 best hotels in the city. 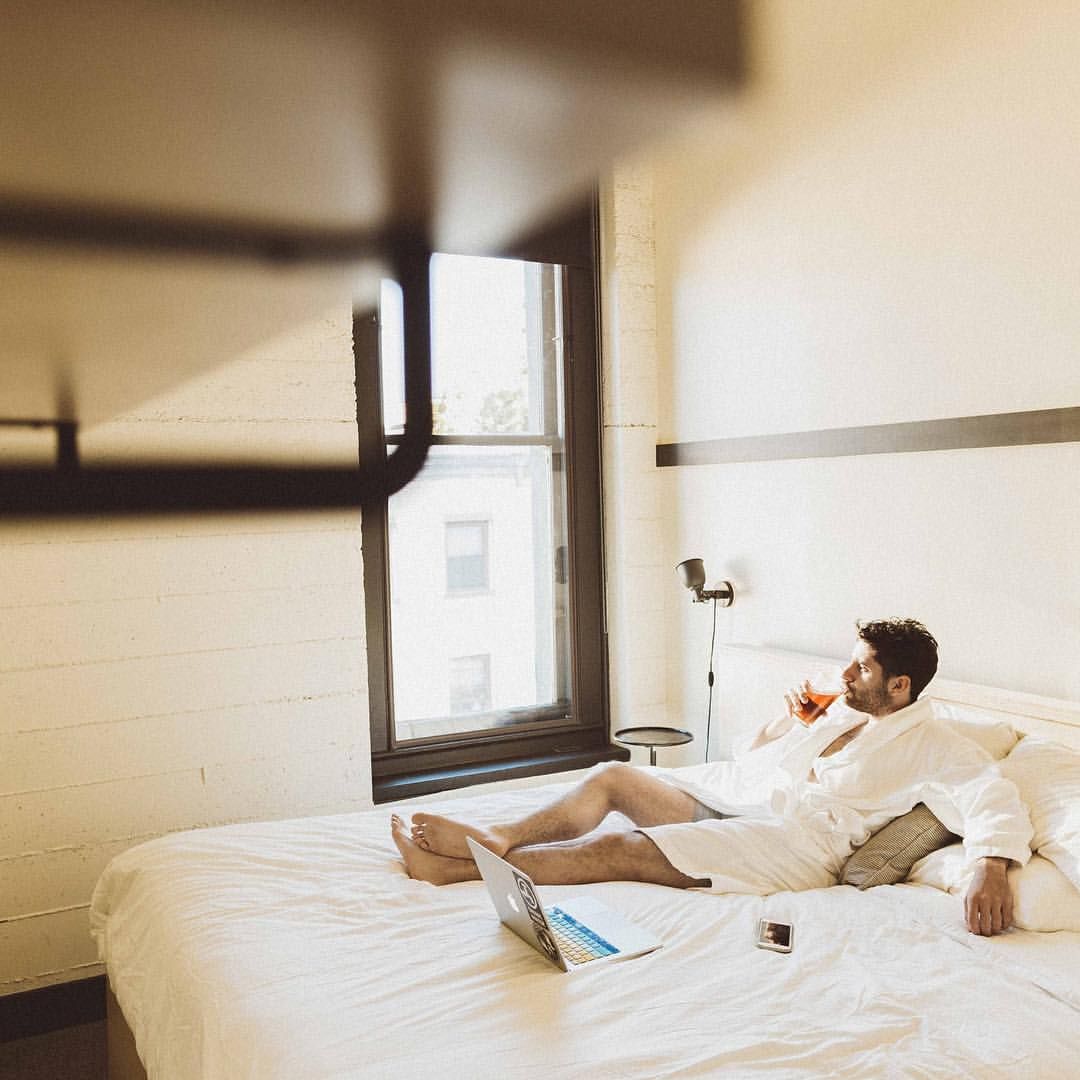 A rejuvenated sailor’s lodge built in the twilight years of the 19th century, the Society mixes Portland’s oldest building motifs (exposed brick, cast iron ornamentation) with up-to-date comfort. A mix of sleeping accommodations, from cheaper hostel-style private bunks to cozy suites just big enough for a king-sized bed, make this hotel one of the places in town where you are likely to bump into folks from all layers of society. 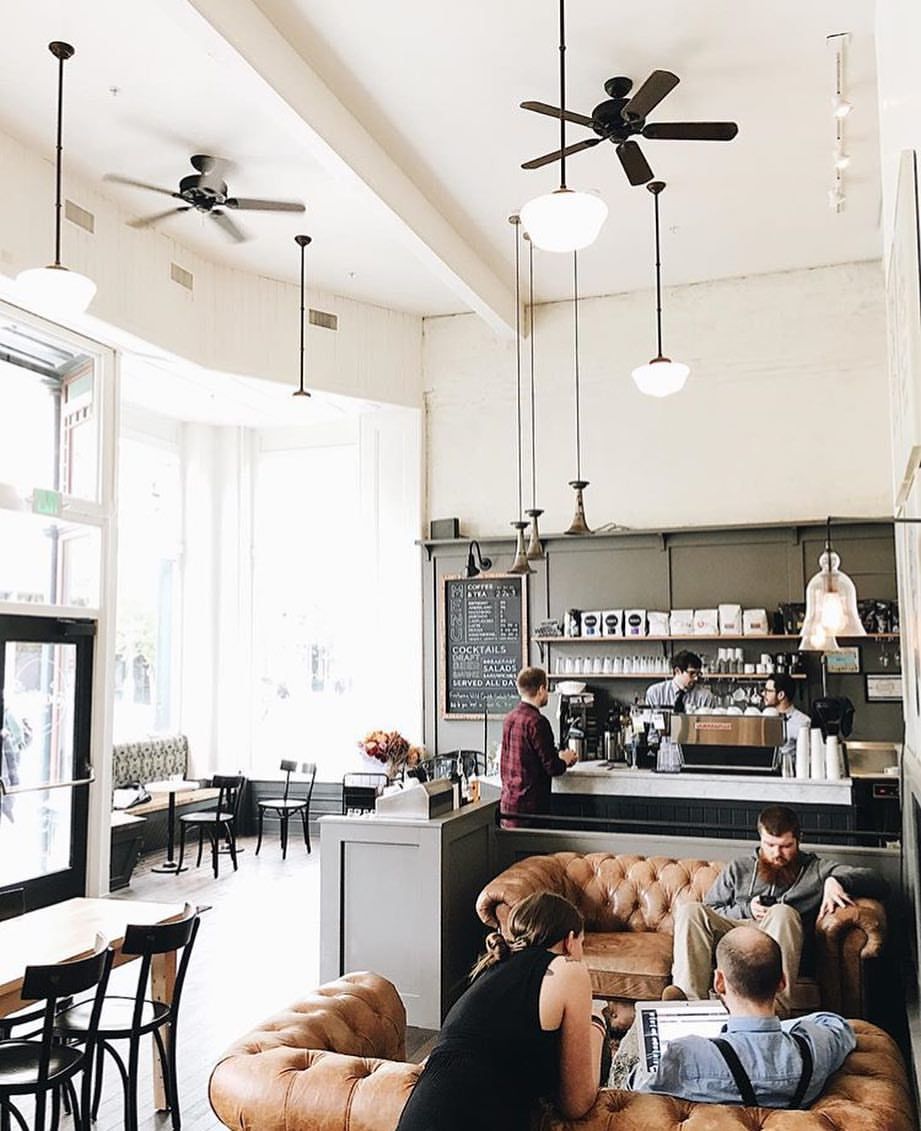 The Society is right in the middle of Old Town/Chinatown, and surrounded by Portland’s oldest buildings, hipster cafes, nightclubs and the serene Lan Su Chinese Gardens. 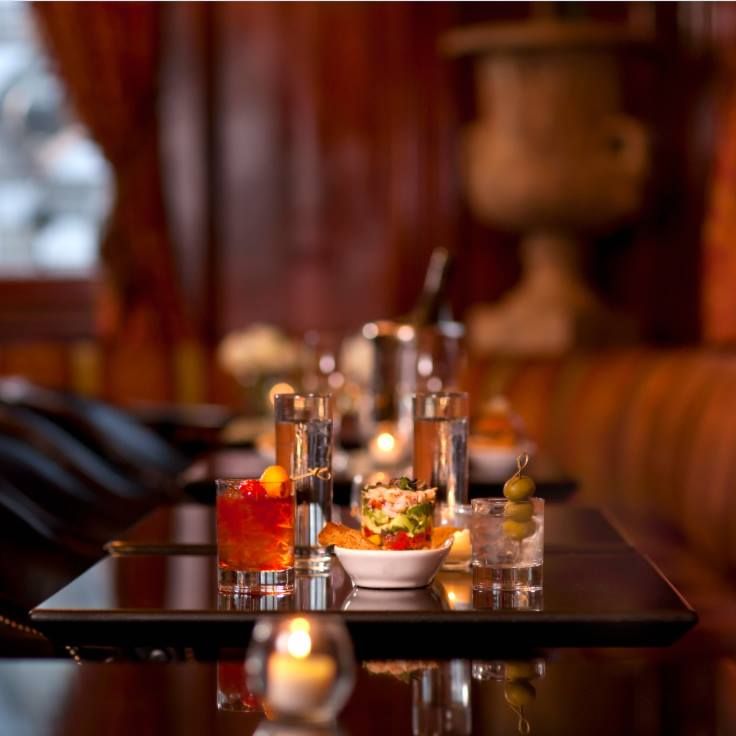 No Portland hotel so much resembles the old hotels of New York, Baltimore and Philadelphia as the Benson. Named after one of the Northwest’s most successful logging magnates of the 19th century (who is also behind the eponymous Benson Bubbler drinking fountains that dot the city), the Benson is most famous for its impeccable Second-Empire lobby and the flawless cocktail menu of the lobby-bar, Palm Court. 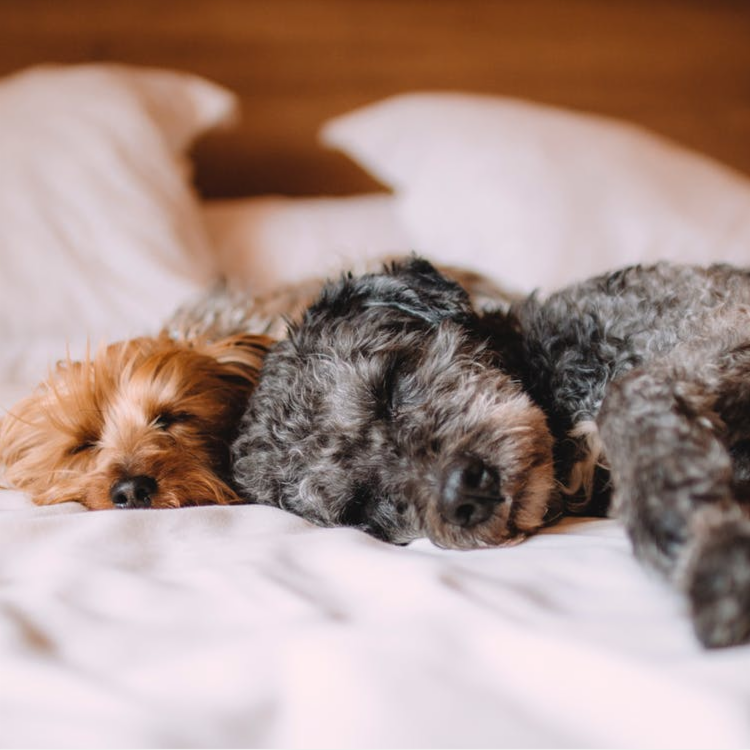 Just south of Burnside and West of the Willamette, Portland’s two dividing lines, the Benson is about as central as you can get. This prestigious hotel is right on the border between Chinatown, which has the city’s best dives, rundown nightclubs and strip club, and downtown’s shopping and theatre district. Pick your poison. 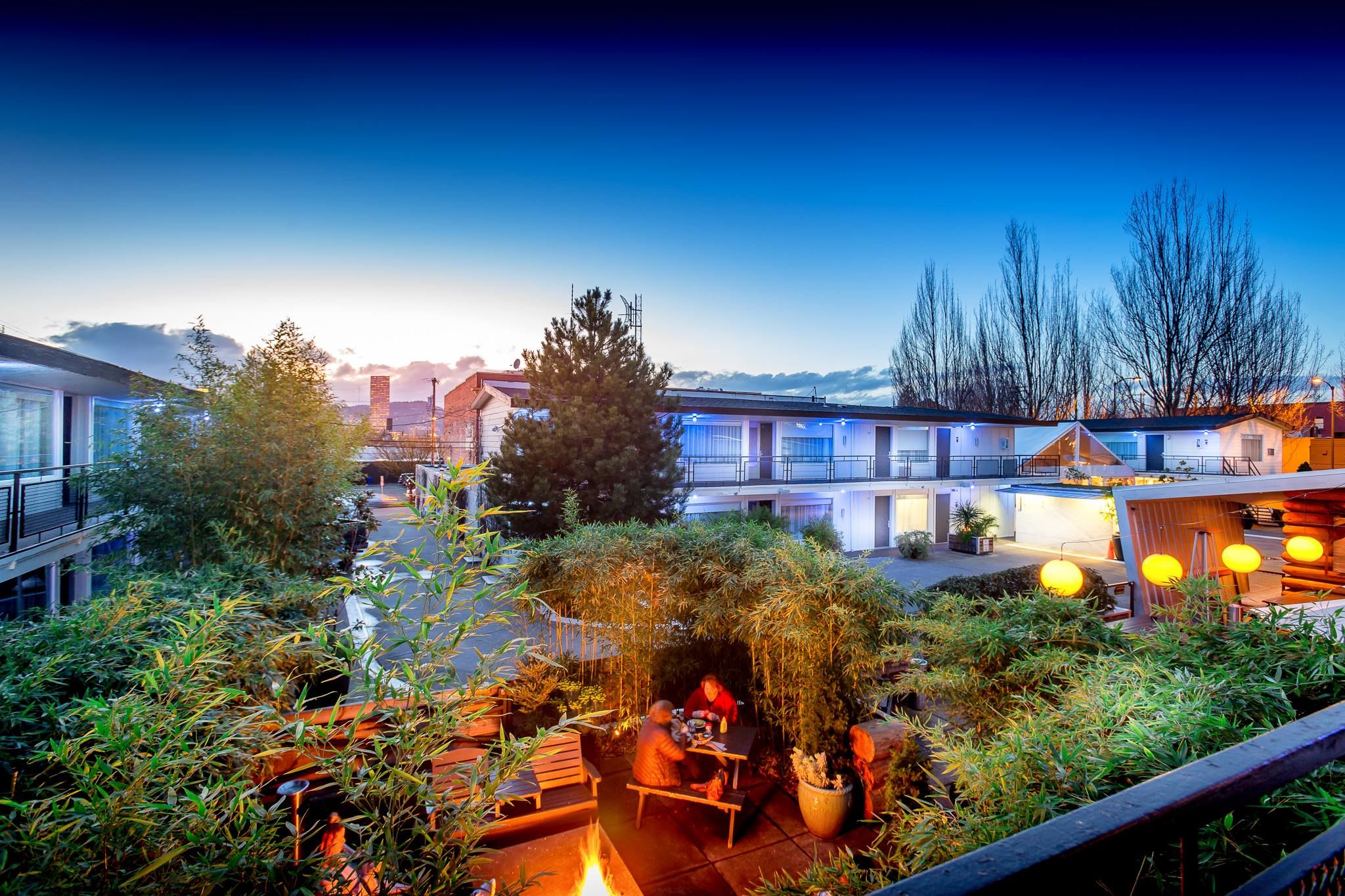 This former mid-century modernist motel has been renovated and up-dated so exquisitely that it looks like a piece of modern art. The Jupiter attracts some of the biggest names in the entertainment industry, thanks to its bar/music venue: the Doug Fir Lounge.

There are plenty of other bars and quasi-nightclubs nearby, including Rontoms and Bossa Nova, both of which are popular with the younger locals; and there’s Sizzle Pie pizza shop next door. 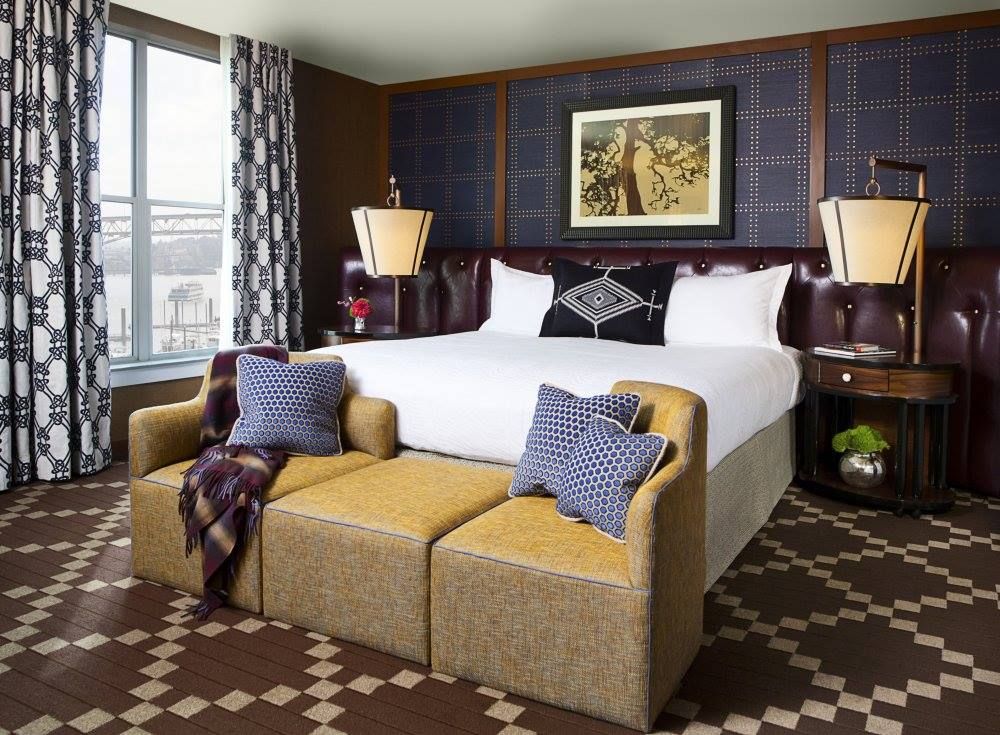 For those who came for a quieter stay and the best view of the Willamette River any hotel can offer, the Kimpton Riverplace is for you. Despite being a fifteen-minute walk from Portland’s arts and shopping districts, this hotel manages to stay above the city noise thanks to its location between the river, a waterfront park, and a narrow waterfront-shopping strip. And the spa makes it easier to relax in a bustling city center. 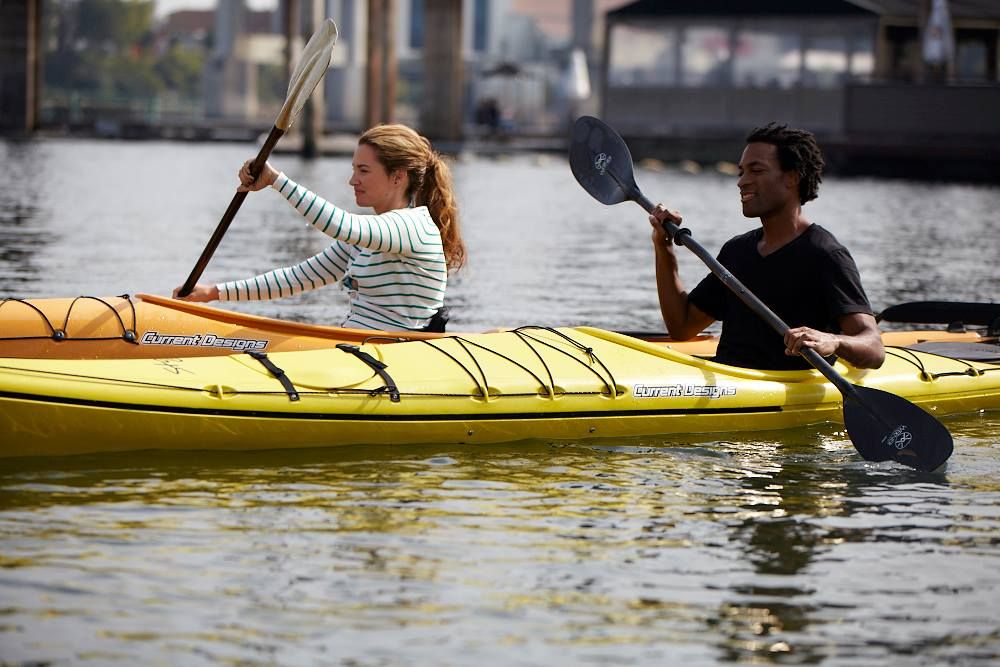 The Kimpton Riverplace’s (not to be confused with Portland’s two other Kimpton hotels) immediate access to the waterfront is one of its greatest plusses. Bike rental shops, kayak rentals and water-facing restaurants are within easy range. 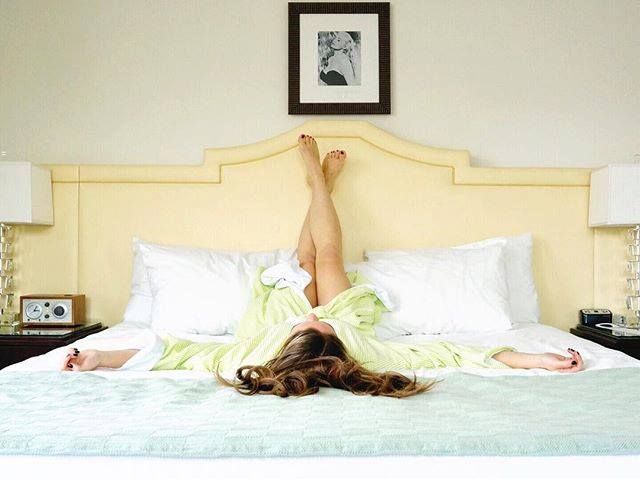 Stepping through its doors is to be transported into a quasi-Parisian world in which ball-gowns still make sense and people think that smoking is good for you (though smoking is not allowed in the hotel). The rooms have simplicity and excellent views of the city from atop a hill in Goose Hollow. Be sure to enjoy the in-house movie theater and rooftop put-put course while you are there — also look into the “Pet Spiritual Menu” if you brought your pooch. 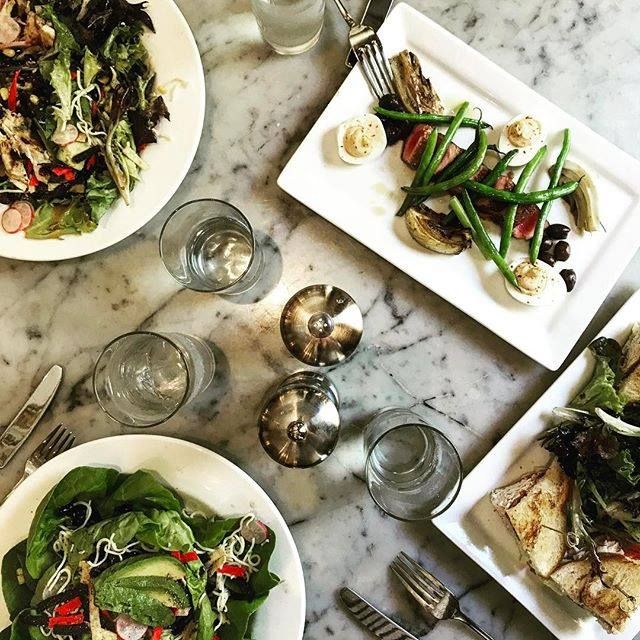 You will want to cab it to get to the East Side fun, but the Deluxe is a fifteen-minute walk from Pioneer Square and the downtown shopping areas, and a ten-minute walk from “Portland’s Greenwich Village” (also known as Nob Hill), where upscale boutique shops can be found. 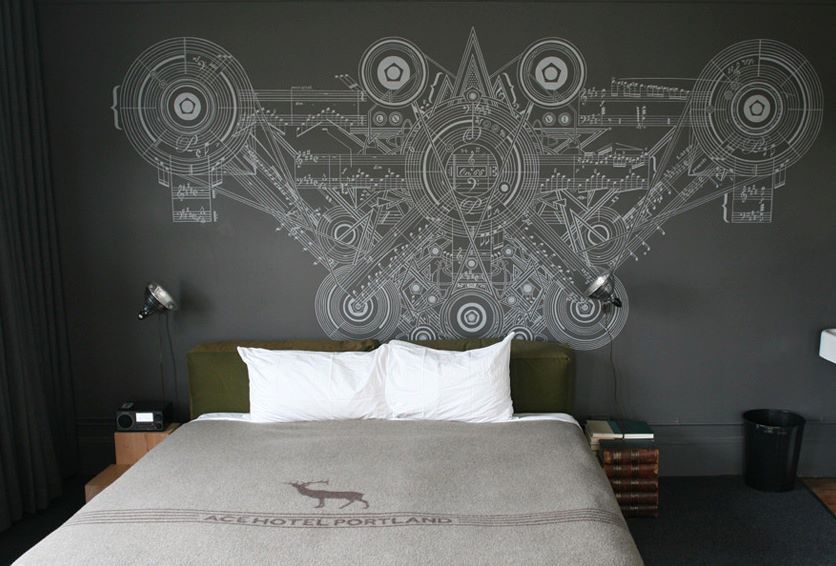 The Ace is across the street from the Crystal in a similarly historic space — except where the Crystal went bohemian, the Ace went for hipster throwback. With a high-end level of décor that mixes exposed wood and Pendleton Woolen Mill patterns, the Ace aims to be the most cosmopolitan Northwest-themed Portland hotel. There’s also an in-house cafe, restaurant, and cocktail bar that serve the best of local cuisine.

Powell’s Books is a block away, as are the Living Room Theaters (an upscale movie theater that brings its tasty eats right to your seat). If you want to try a new neighborhood, you can also rent bicycles in-house at the hotel.

This hundred-year-old structure is located at the former “Devil’s Triangle” between Burnside and SW Stark St. Its colorful interiors, headboards doubling as art pieces, a basement bar and a bathhouse can make it seem like a home away from home – if your home is Bohemian.

McMenamins Crystal BallroomPortland, United StatesEverybody went to the Crystal for their first show, even if it was just to jump on the spring loaded wood floor. Turns out, it’s just as fun as a grown up #music #dance #party #livemusic #historic #livemusic #downtown #food #club #cover-charge

The Crystal is located in one of the most ideal (if occasionally noisy) neighborhoods for a Portland newbie. There are lots of bars, and the city’s oldest brewery (Henry Weinhard’s) is part of the West Side’s Brewery Blocks. Check out which bands are playing at the Crystal’s sister establishment, The Crystal Ballroom.

For those who want a quiet spot in an authentic Portland-style home, this century-old craftsmen-style home has named its seven rooms after famous local and international artists. The décor is theme-perfect, as is the continental breakfast.

The biggest attraction within walking distance is Hawthorne Boulevard with plenty of Portland-standard vintage coffee shops. 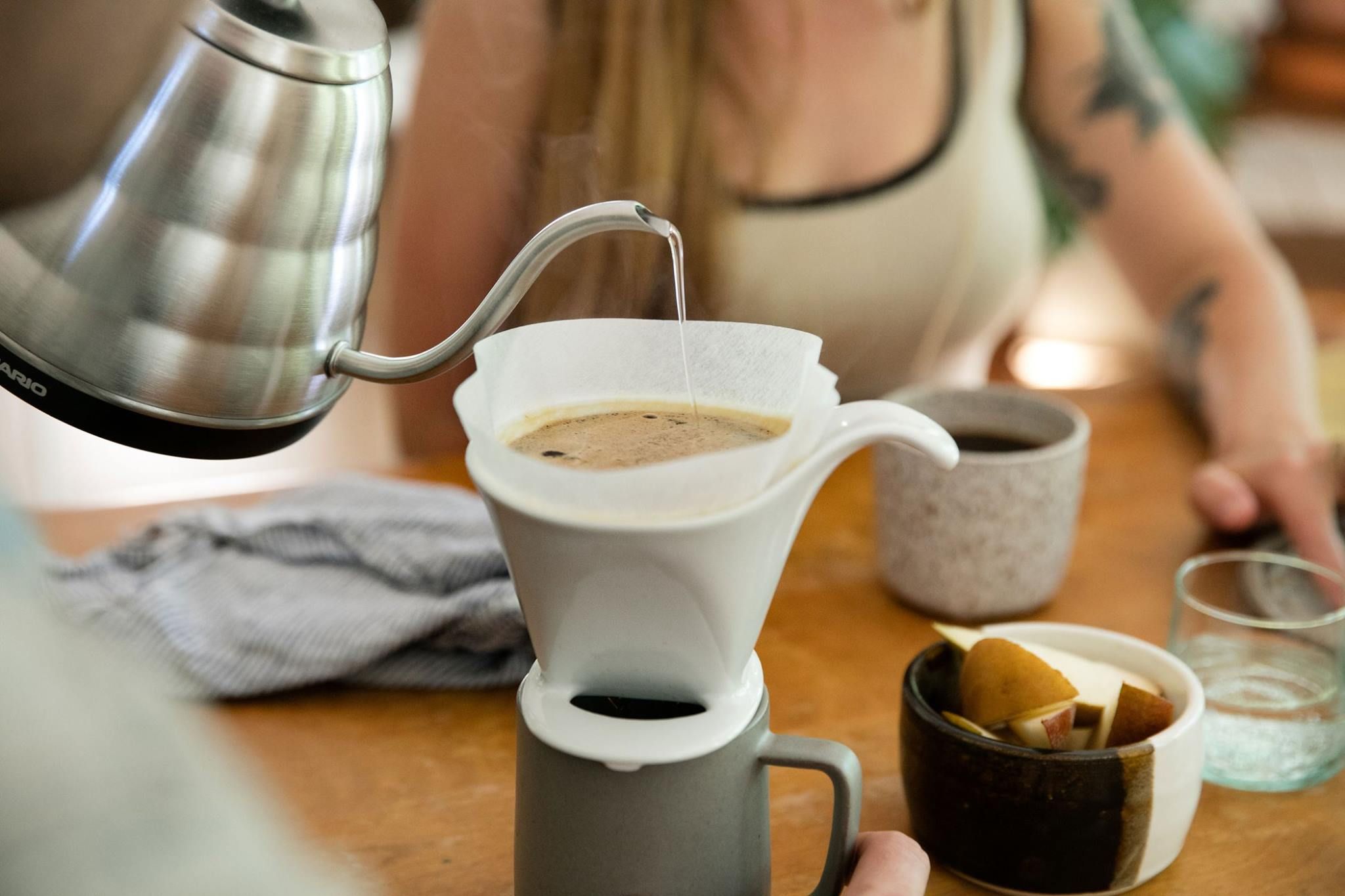 And SE Division, site of The Bluebird, has come into its own over the last decade with a vibrant restaurant and food-cart scene.

This 100-year-old public school was converted by the McMenamin brothers, who swapped a cafeteria for a restaurant, a boiler room for a pool hall, a schoolyard for a massive hot tub, an assembly hall for a movie theater, a bathroom for a brewery — and still had space for 35 hotel rooms. 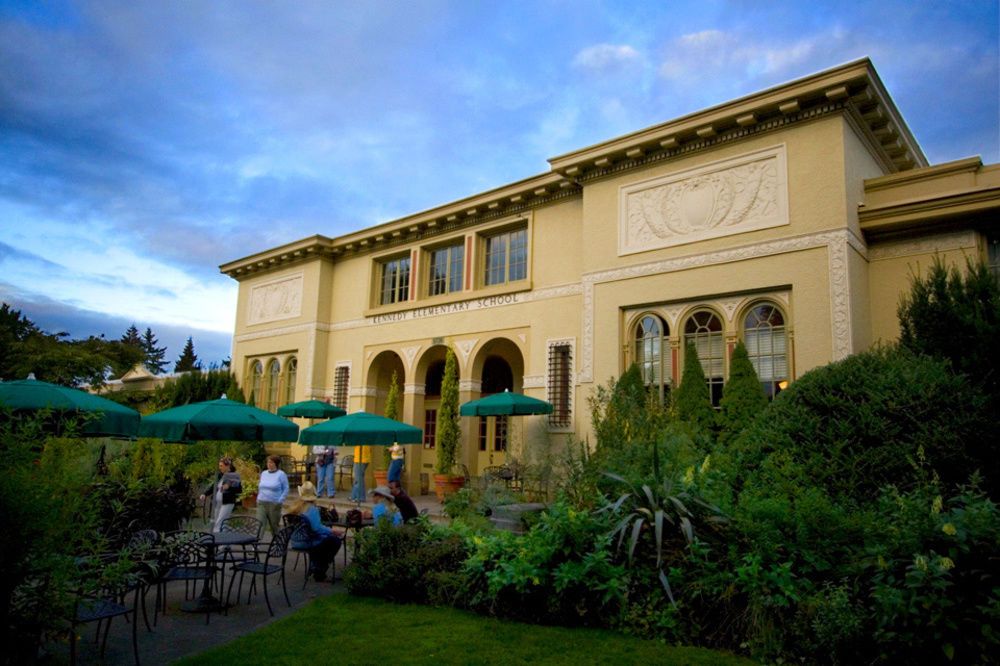 The Kennedy is at the Northeastern edge of Portland, with about a 15-minute drive to downtown, so it getting to the core of the city will take a little more commitment. But, you can walk a few blocks to NE Killingsworth Street and NE Alberta Street, both of which are full of boutique restaurants and bar scenes.

The Tiny Digs offers a collection of little guesthouses, from sleek modernist to rustic log cabin and gypsy wagon. Each tiny house has AC, shower, flushing toilet, kitchen area and tiny patio. Figuring out how it is all packed into 150 square feet is an intriguing puzzle. 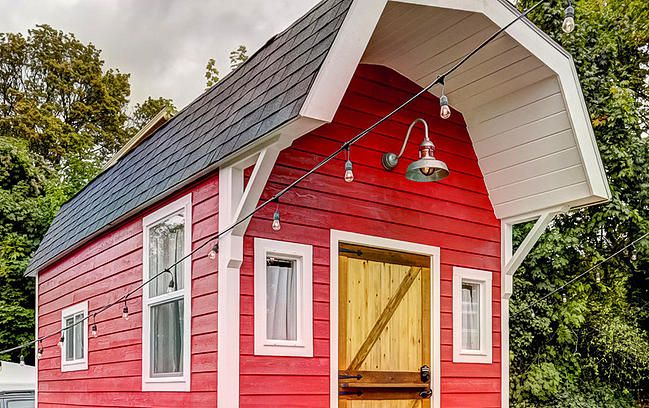 Since the Tiny Digs is based on NE 27th off Sandy Boulevard, it is a short drive from East Side venues, including the Moda Center, the Central East Side nightlife scene, the Lloyd Center shopping area, and the beloved Laurelhurst Park (which is surrounded by some of Portland’s best early-20th century home architecture).

Tagged
Trip Planning Epic Stays Portland, OR, United States
What did you think of this story?
Meh
Good
Awesome

How To Explore Portland by Bike

12 Reasons You Should Never Take Your Kids To Portland