AS SEVERAL of the top tech companies set up shop in the Burgh, a wealth of new visitors, restaurants, and things to do have come onto the scene. Here are a few reasons why you should take the opportunity for a layover in the Steel City. 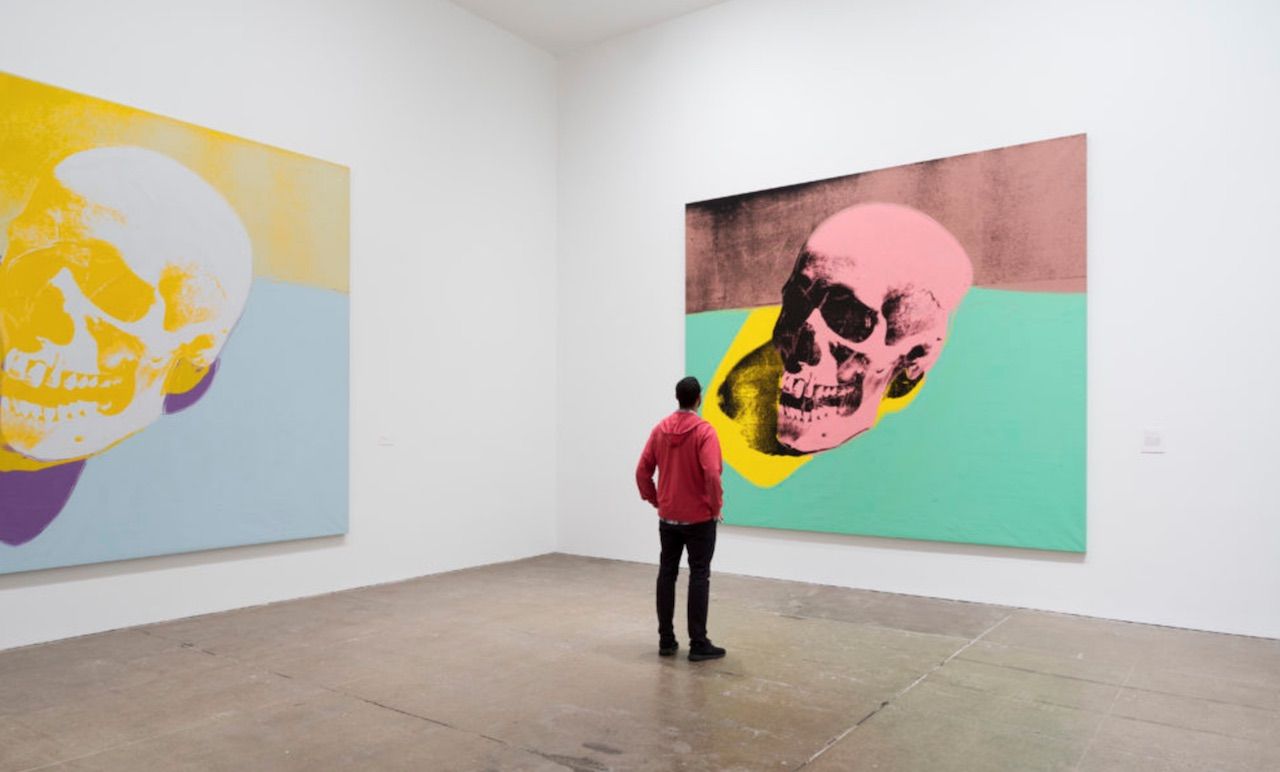 Photo: Dean Kaufman via The Warhol

Holding a permanent collection of art by the Pittsburgh-born icon, The Andy Warhol Museum, located on the North Shore of Pittsburgh, is the largest museum in North America devoted to a single artist. One can expect to see a broad range of Warhol’s artwork and archival materials including paintings, sculptures, prints, sketchbooks and video collection.

Hometown restaurateur Richard Deshantz is slowly taking over downtown’s—or as any yinzer might say, dahtahn—gastronomical reinvention. Meat & Potatoes offers amazing brunch items like shrimp and grits and composed and nuanced dinner plates like the Waygu Flat Iron (you guessed it, meat and potatoes). Don’t forget to explore his other popular forays Butcher and the Rye, Täko, and his latest, Pork & Beans—all dahntahn.

Zagat rated Pittsburgh the #1 food city in 2015 shortly after restaurants such as Meat & Potatoes began opening their doors. Hometown restaurateur Richard Deshantz is slowly taking over downtown’s — or as any yinzer might say, dahtahn—gastronomical reinvention. Meat & Potatoes offers amazing brunch items like shrimp and grits and composed and nuanced dinner plates like the Waygu Flat Iron (you guessed it, meat and potatoes). Don’t forget to explore his other popular forays: Butcher and the Rye, Täko, and his latest, Pork & Beans.

Primanti Bros. has remained a staple for locals and visitors alike. During the Great Depression, the Strip District area was a busy transportation hub so the founder, Joe Primanti, started a sandwich cart to feed hungry truckers passing through the city. Joe formed a partnership with several of his family members. Since truckers mostly ate on the road, the Primanti’s were inspired to create the Almost Famous sandwich. They decided to put all of the fixings on the sandwich including the meat, cheese, tomatoes, coleslaw and french fries to make it easier for their trucker customers to eat while driving. 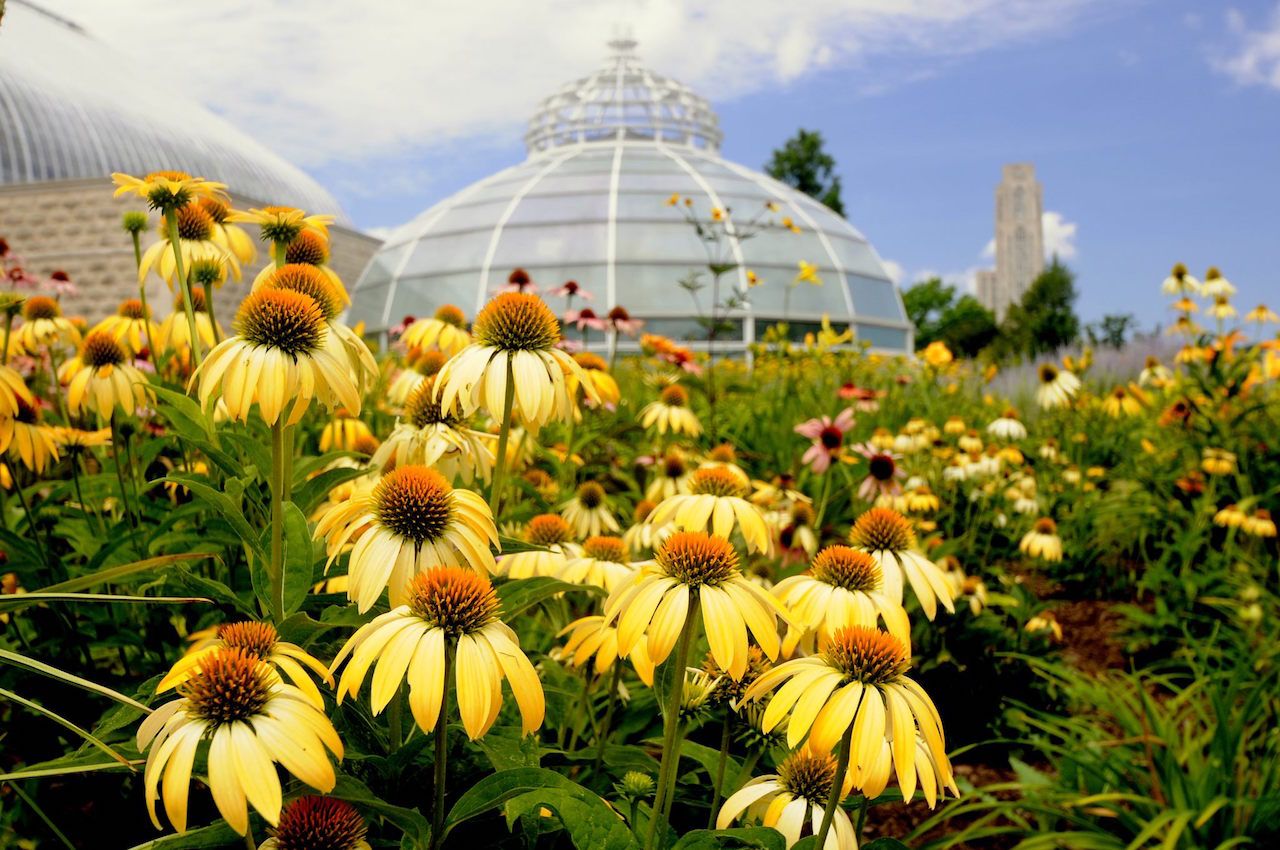 Located in Pittsburgh’s Oakland neighborhood, Phipps Conservatory has showcased seasonal flower shows, outdoor botanical gardens, and special exhibits since 1893. Phipps is home to two rare corpse flowers, Barbara and Romero — named from the movie Night of the Living Dead. The flowers bloom every five to 10 years and well known for their rotten meat-like smell. Despite the stench, visitors flock to see the spectacle as the bloom only lasts for 12-48 hours.

The Cathedral of Learning, also located in Oakland and a University of Pittsburgh campus building, rises 535 feet into the sky and carries the message that the Chancellor responsible for its construction in the 1920s wanted to convey, that “Education was the result of aspiring to great heights.” Visitors frequent the Nationality Classrooms, and for a small admission fee can do a self-tour with an audio guide and key to each room.

Home of the Stanley Cup Champion Pittsburgh Penguins. A great venue for hockey and concerts. 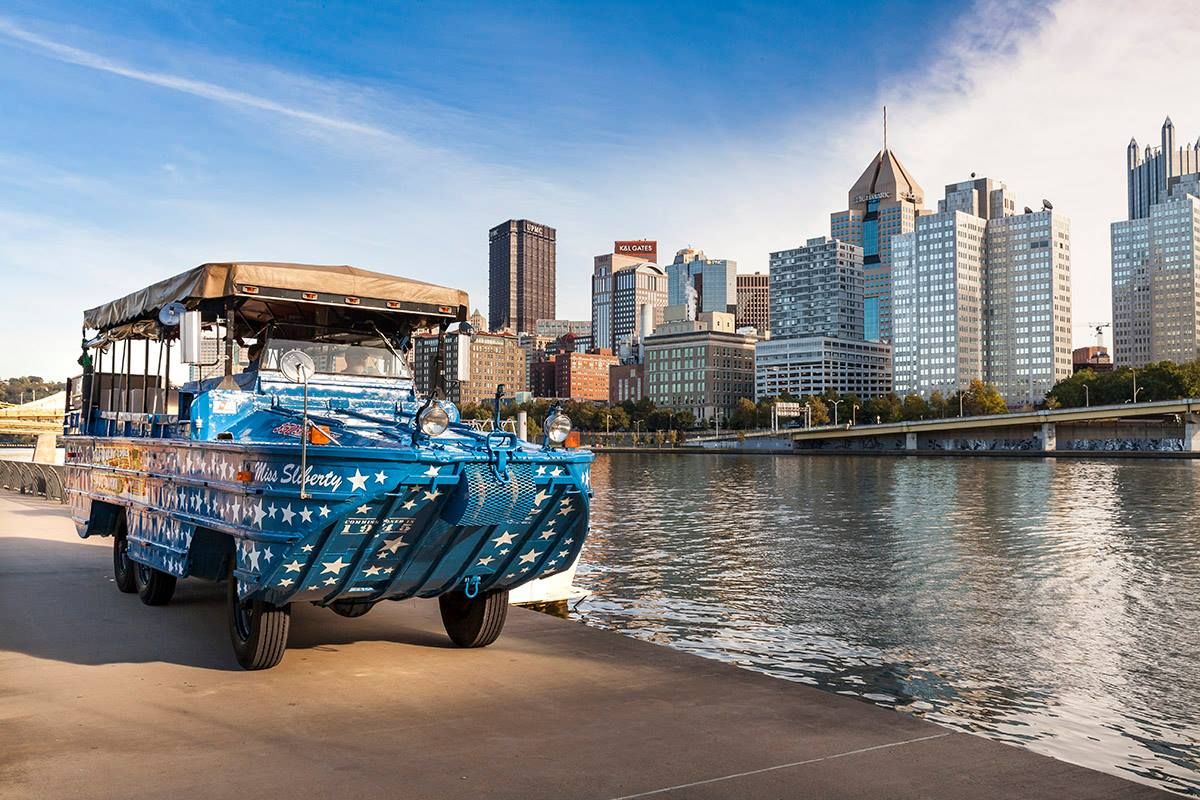 Pittsburgh, a city surrounded by three rivers, is home to Just Ducky Tours which takes riders through downtown on a narrated journey via both land and water. During summer months, be sure to book your tour ahead of time.

The Duquesne Incline, an inclined railroad, is one of the few remaining inclines in the country and gives visitors views of downtown Pittsburgh as you ascend to Mt. Washington. The top station contains Pittsburgh memorabilia, as well as information about other inclines around the world.

If you need a break from the hustle and bustle of the city, Raccoon Creek State Park is located less than eight miles from the Pittsburgh International Airport. The park covers approximately 7,500 acres and features the 100-acre Raccoon Lake. Open year round, the park amenities include two boat launches, 44 miles of hiking trails, horseback riding, and camping.

Located at the convergence of the Allegheny and Monongahela rivers into the Ohio River, and designated a National Historic Landmark, Point State Park and its fountain at the head of the Ohio River is a must see when visiting Pittsburgh. Throughout the year the park hosts various cultural events in the city including Venture Outdoors Festival and the Three Rivers Regatta.

Dear Travelers To Pittsburgh: Don’t Come Visit Until You’ve Understood These 10 Things
Tagged
Trip Planning
What did you think of this story?
Meh
Good
Awesome

The Ultimate LGBTQ Guide To Pittsburgh

12 Signs You've Been Away From Pittsburgh Too Long

18 Signs You Learned To Drink in Pittsburgh