There are so many things about New Mexico most people don’t know. And there are so many somewhat-cliché notions that just aren’t true at all — like how New Mexico has saguaro cacti (it doesn’t), that it’s actually a part of Mexico (it’s not), or that folks here are always getting abducted by aliens (okay, that one’s a maybe).

In all seriousness, the Land of Enchantment may seem like it’s all about diverse cultures, world-class art, and landscapes fading away to shimmery horizons — and it is, but that’s just the tip of the chile pepper. Here are 10 things you’ll be glad you knew on your next trip to New Mexico.

1. The drives may be long, but the list of landscapes is longer. 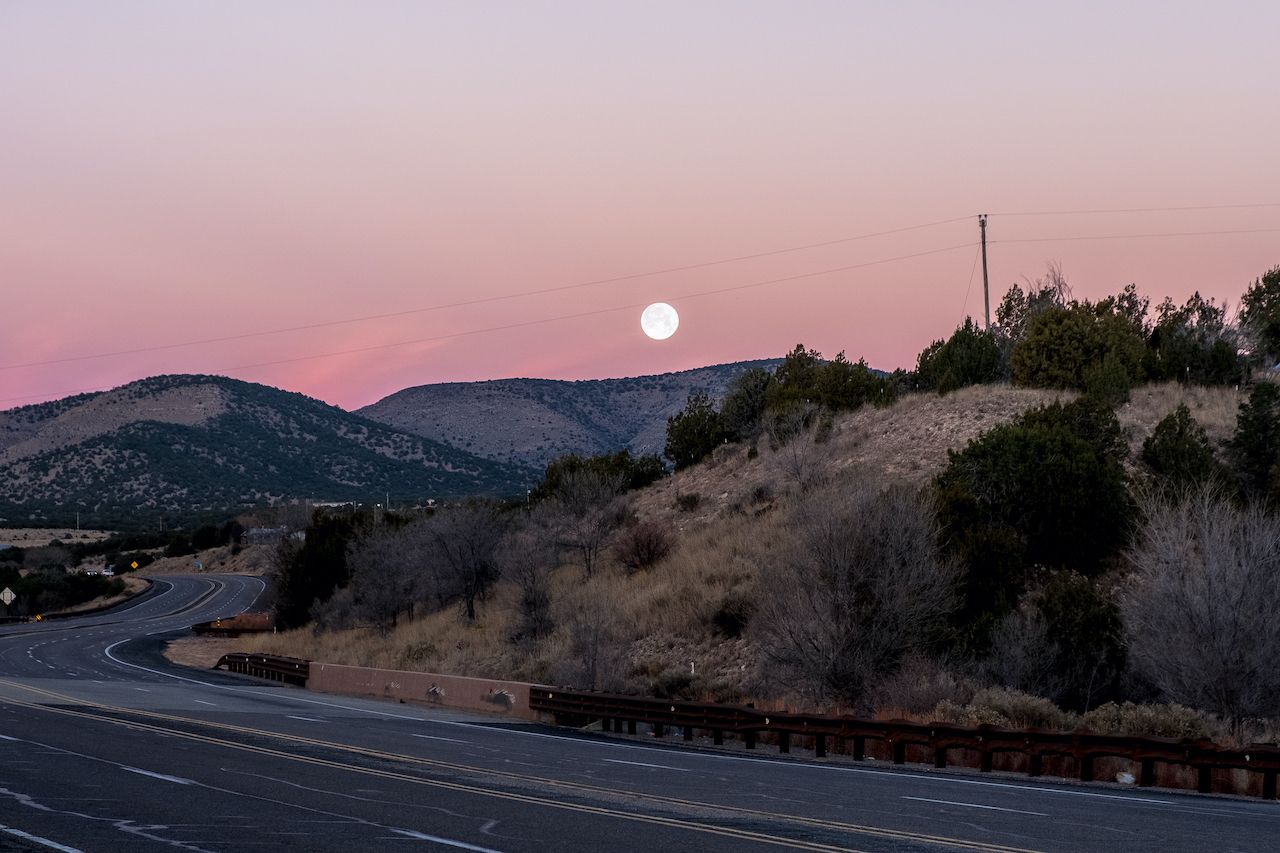 When you look at the size of neighboring Texas, New Mexico might look kind of small…as if it wouldn’t take that long to drive from, say, Santa Fe to Roswell. But the distances are deceiving — that’s more than a three-hour commitment you’re talking about. If you’re staying in the Fe and want to visit places a bit farther afield, like White Sands or Carlsbad, it’s better to plan to stay a couple days down in the southern end of the state.

And we don’t blame New Mexico — how long would it take you to turn from desert garden to white gypsum sand dunes to Ancient Puebloan ruins to artists’ enclave to funky alien hotspot to the fifth-largest cave chamber in North America? Yeah, the drive will be worth it. 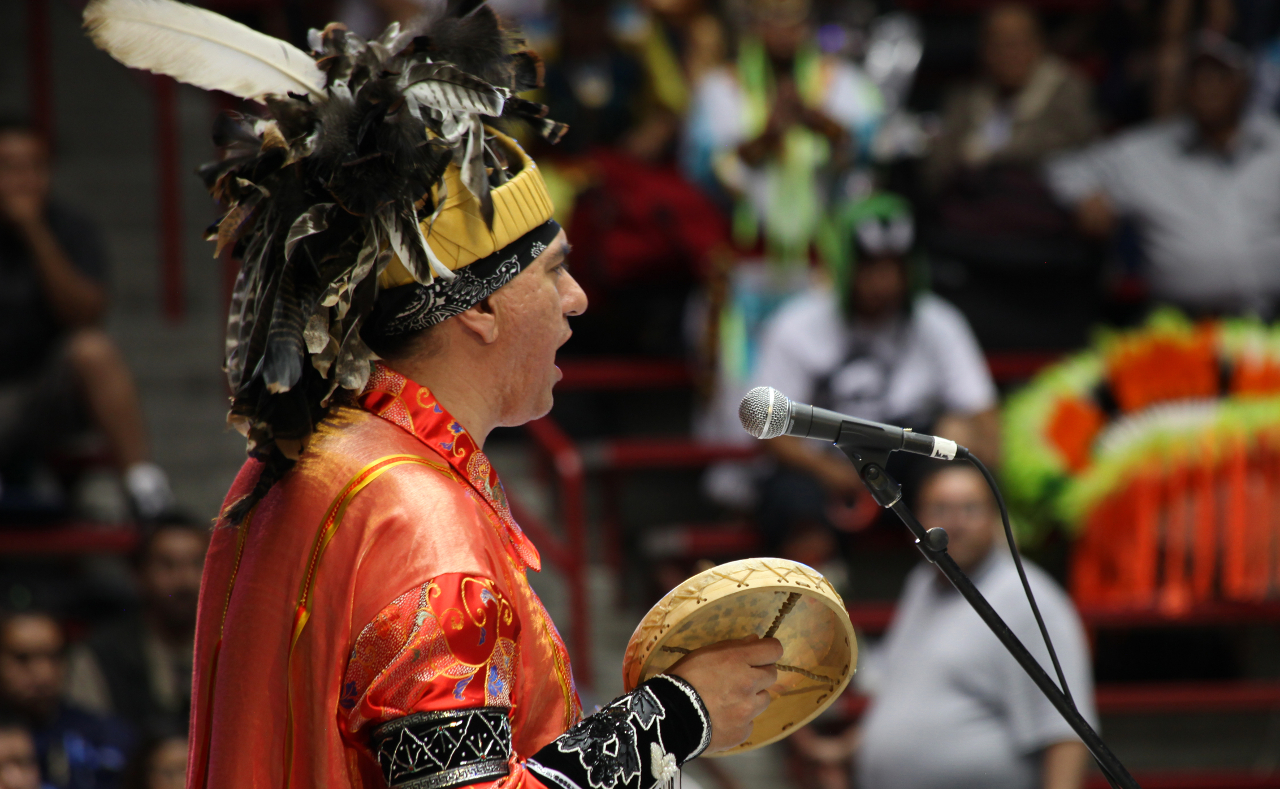 The International Balloon Festival. The Spanish and Indian Folk Art markets. The Santa Fe Opera. The Gathering of Nations. The Roswell UFO Festival. The New Mexico State Fair. Rodeos and motorcycle rallies. Festival of the Cranes. Year round, there are endless festivals and events that celebrate New Mexican culture, food, and art. It’s all way too much to see and do in only one trip, so be sure to research in advance to see what will be going on during your visit, or plan your trip around a specific event that sounds just too cool to miss.

3. Seasons don’t play by the rules. 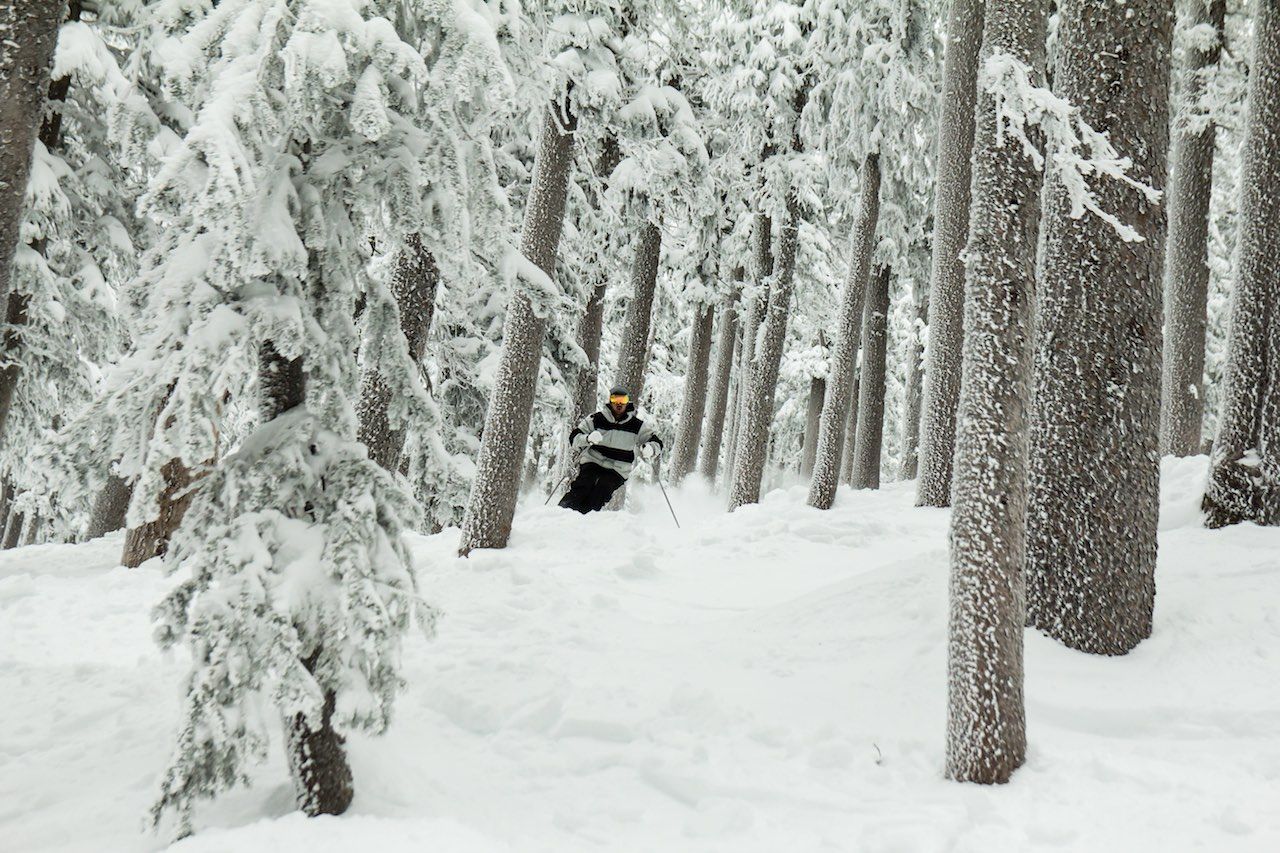 Most places tout their summer vacation chops and then close up shop. New Mexico is not most places. Though summer is great, fall and winter might be even better.

Fall brings beautiful foliage (yes, there’s foliage in the “desert”), tons of festivals like Fiestas de Santa Fe, and green chile roasting. Winter has seriously awesome skiing and snowboarding, like at Ski Santa Fe or Ski Apache, one of the most southernmost ski areas in the States. Plus, there’s nothing like the holidays in a New Mexican town — snowy adobes covered in glowing farolitos? Postcard perfect.

Pro tip: Just because this is the Southwest doesn’t mean the weather is sunny and hot all the time. New Mexico has actual seasons, and you should definitely pack accordingly.

4. You will leave with an eternal craving for green chile. 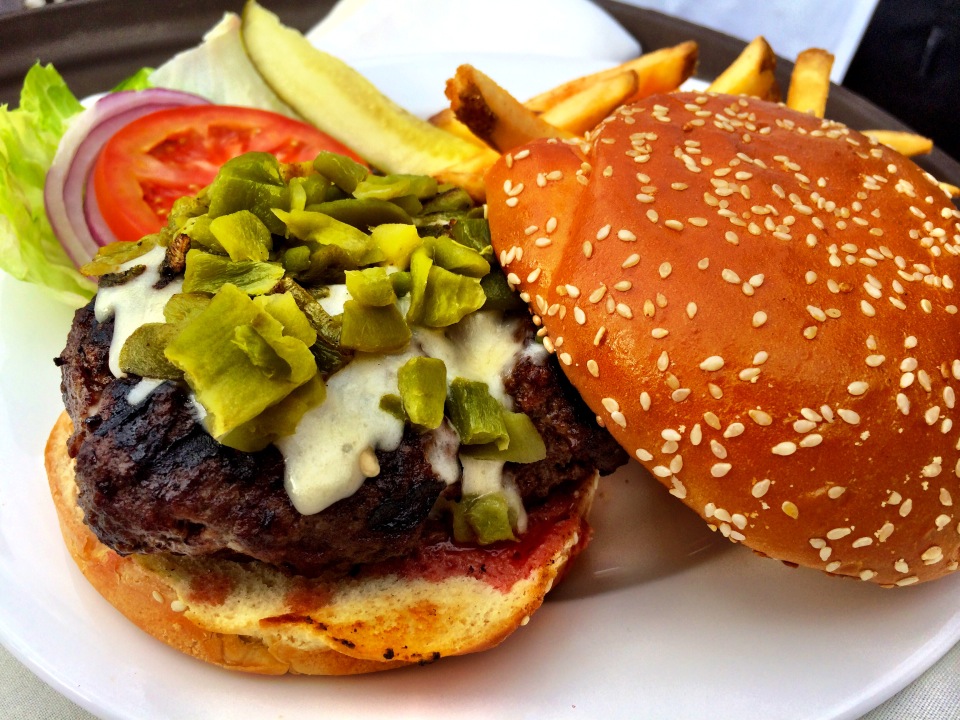 Pretty much everything and everywhere you’ll eat here — from El Patrón Café in Las Cruces to The Shed in Santa Fe — comes with heaps of smoky green chile, and by the time you leave, you’ll never want a meal without the stuff ever again. Luckily, there are services that ship roasted, fresh, and frozen green chile to other states — Albuquerque’s UPS stores have special chile-shipping guidelines and even a dedicated chile-shipping webpage. Or hopefully you befriended some locals who can hook you up.

5. No, that’s not the Las Vegas you’re thinking of.

Sorry, you can’t drive an hour from Santa Fe and find yourself in Sin City. All those road signs ticking off the miles to Las Vegas actually mean Las Vegas, New Mexico, which has significantly fewer casinos and foot-long margaritas than the Vegas you’re thinking of.

This Las Vegas, however, has around 900 historic buildings — it was once a hot stop on the Santa Fe Trail and later a railroad hub — along with the awesome Montezuma Castle and the Dwan Light Sanctuary. Dink around town, stop into the century-old hotels, and then hit up Montezuma Hot Springs. These are not your $80-Blue-Lagoon kind of springs, either — here, you park on the side of the road and dip in. For free. That’s New Mexico for ya! 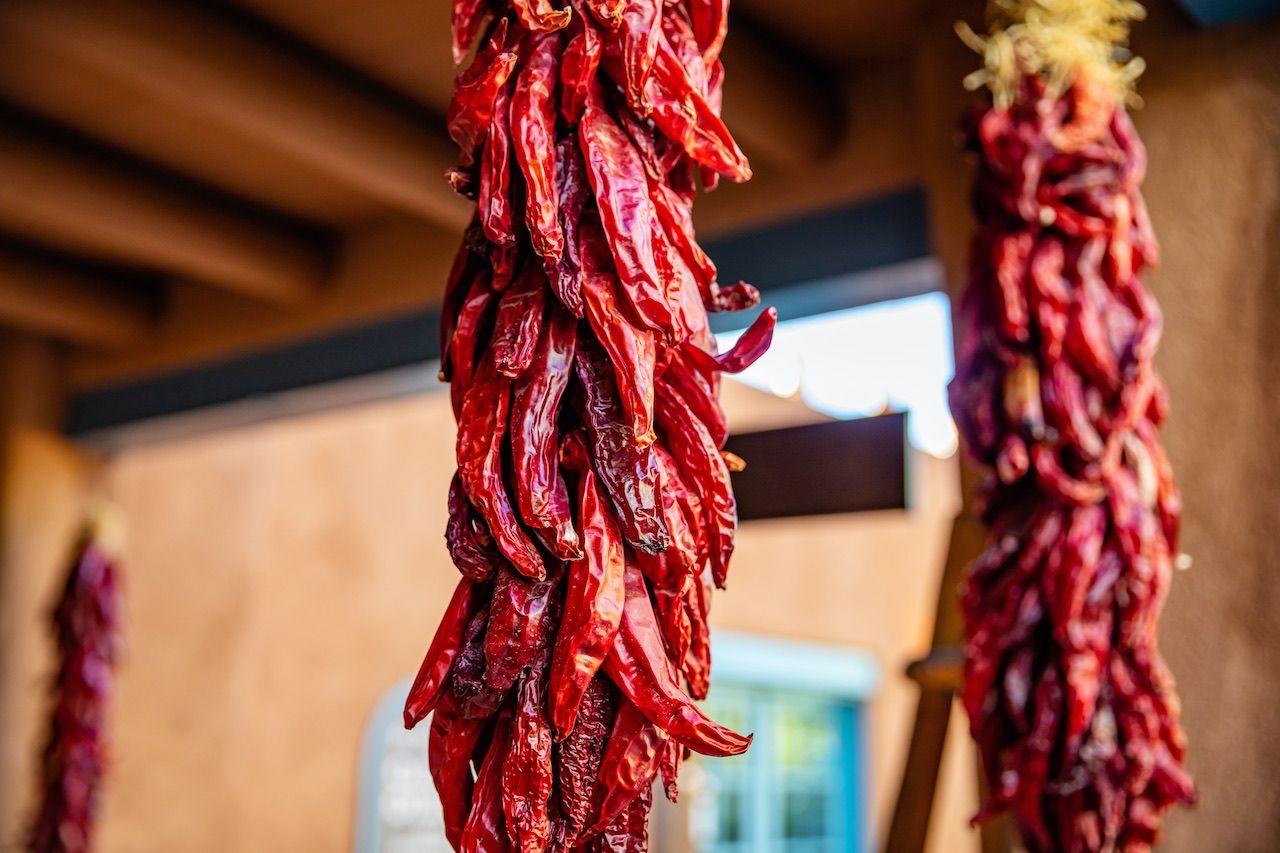 “Red, green, or Christmas?” The official state question of New Mexico has confused more than a few visitors who’ve been asked this at restaurants, but it simply refers to what kind of chile you want with your meal: red, green, or a combination of the two — hence, Christmas.

There really is no right answer — it all tastes good. Mix and match, and try all the different variations. If you’re here for at least a weekend, you’ll have at least that many opportunities.

Many people equate New Mexico with all that beautiful turquoise jewelry, and we’ve all had the fantasy of wandering through a plaza or artisan market and finding that one perfect piece we have to have. The fantasy isn’t half as sweet as perusing the goods in real life — there’s something about holding the stones in your hand that just feels New Mexico.

Just know that it’s smart to be discerning. A few rules of thumb are to avoid buying pieces made with “block” stones, which are fake, or “stabilized” pieces, which have some real turquoise but are mixed with other materials. The real stuff is expensive — if you’ve got your eye on nabbing some, save up and make a day of it shopping through local galleries or at a verified vendor. The New Mexico True Certified program is a great place to start.

8. There’s more local craft beer than you’ll ever be able to sample in a single trip. 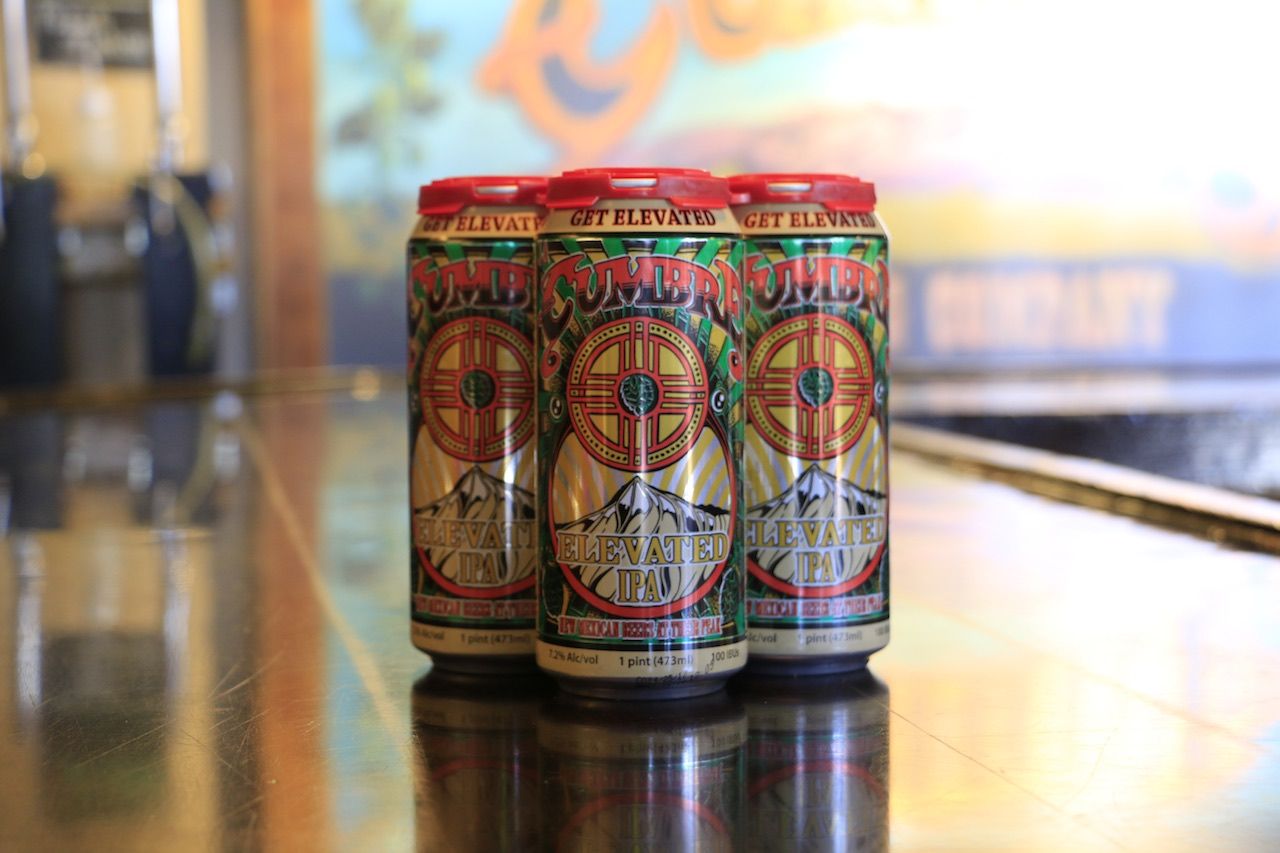 New Mexico has a strong craft brewing culture, and you’ll find evidence of it throughout the state — even smaller towns like Moriarty or Embudo have their own breweries (often with wicked food menus). But great standbys in the bigger cities include Santa Fe Brewing Company for their IPA and Pale Ale, along with La Cumbre Brewing Co. and Marble Brewery in Albuquerque. There’s really nothing like drinking a cold one while watching a New Mexican sunset.

Pro tip: The Monk’s Ale from Abbey Brewing in Abiquiu and the IPA from Bosque Brewing in Albuquerque both make headlines. There’s an entire ale trail, too, should you find yourself jonesing for more.

9. You should hit the town on foot.

Lots of smaller New Mexican cities and towns, or downtown areas of larger ones, were built and designed for wagons and horse-drawn carts, not cars. That means there are lots of one-ways and narrow, twisty streets that can drive out-of-towners a bit crazy. If you want to truly explore, it’s better to park and do it on foot. Besides, most New Mexico towns are great places to stroll, what with the pretty adobe architecture, colorful murals and art galleries, and historic buildings around every corner.

10. It’s called the “Land of Enchantment” for a reason. 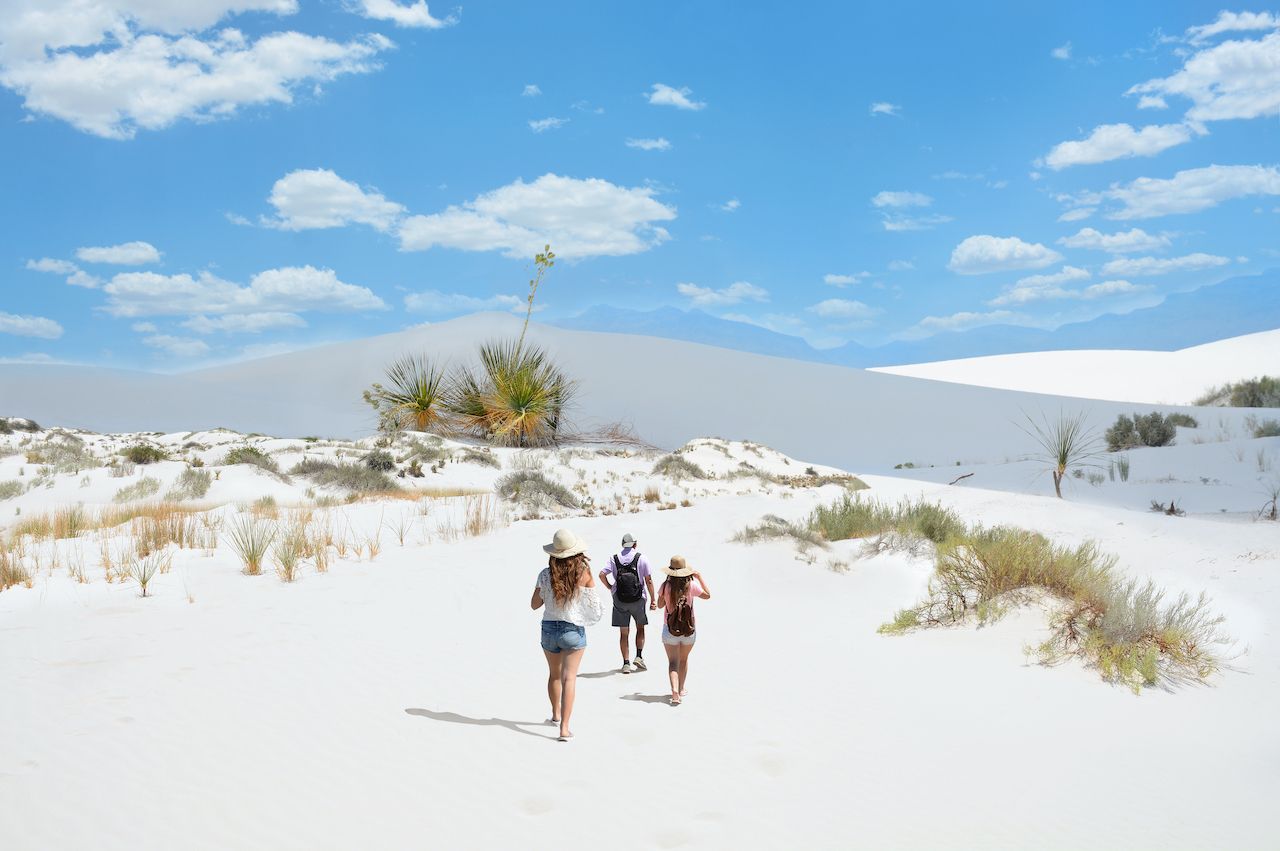 That’s the state’s official nickname, and it’s not for nothing. Between the beautiful landscapes, the delicious food, the laid-back way of life, and all the things you can do, you’ll fall in love with New Mexico pretty quickly.