Before my first visit, I could count the things I knew about the Outer Banks on one hand: 1) It’s a beach. 2) They have a pretty famous lighthouse. 3) Those black and white “OBX” bumper stickers are all over cars on the East Coast. Honestly, that was about it.

I was in for a surprise. The beach may be the draw, but what’ll keep you coming back isn’t as obvious. Here are 11 experiences I never expected to have on The Outer Banks — and you probably didn’t, either.

1. Learning to fly in the same place as the Wright Brothers 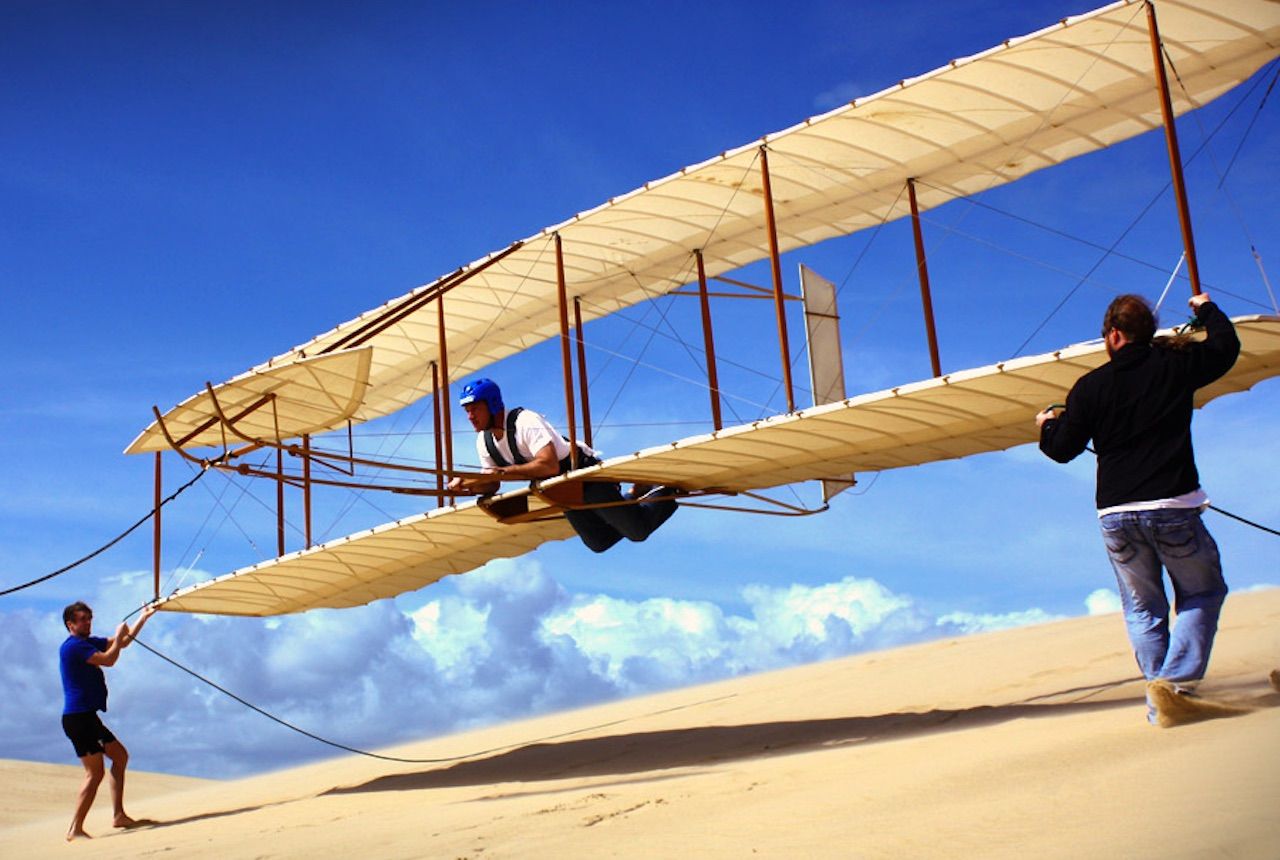 Over a century ago, Orville and Wilbur made history near Kitty Hawk, on (or, more precisely, above) the sand dunes of Kill Devil Hills. Today you can do the same — minus the history-making part, of course. With Kitty Hawk Kites, you’ll be sent to the skies in a reproduction 1902 Wright Glider, one of only a few in existence and the only one in the world accessible to the general public.

Here’s how it goes down: The sand? Hot. The wind? Strong. You’re lying down in the center of a thin wooden craft, a team of assistants holding your support lines. They begin to run down the beach, and seconds later the crashing waves of the Atlantic appear ahead of you — it’s in that moment that you’ve become airborne. Simple as that! Minus some erosion, it’s pretty much the exact same view (and adrenaline rush) the Wright brothers had the day they mastered flight.

During the warmer months of the year, the banks of the Alligator River become the venue for an unusual concert. Along with your guide from the US Fish and Wildlife Service, you’ll turn down a rutty dirt road off Highway 64 and head deep into the woods, away from the lights of Manteo. And somewhere in the darkness, a red wolf howls.

This could be the opening of a strange horror movie, but it’s actually the start of one of the most memorable experiences you’ll have on your trip. You’ll stand in relative darkness in a clearing near the riverbank, and as a group you’ll all cup your hands around your mouths, turn your faces to the sky, and belt out your best wolf howls. Once you stop and wait, you’ll notice the air is full of crickets and chirping frogs…until an answering howl sends goosebumps all the way down to your toes. More and more join their kin until the woods vibrate with the thundering cries of dozens of baying wolves.

Check the Fish and Wildlife Service website for the schedule — tours usually take place about once a week.

3. Driving the Outer Banks National Scenic Byway in a 1929 Mercedes 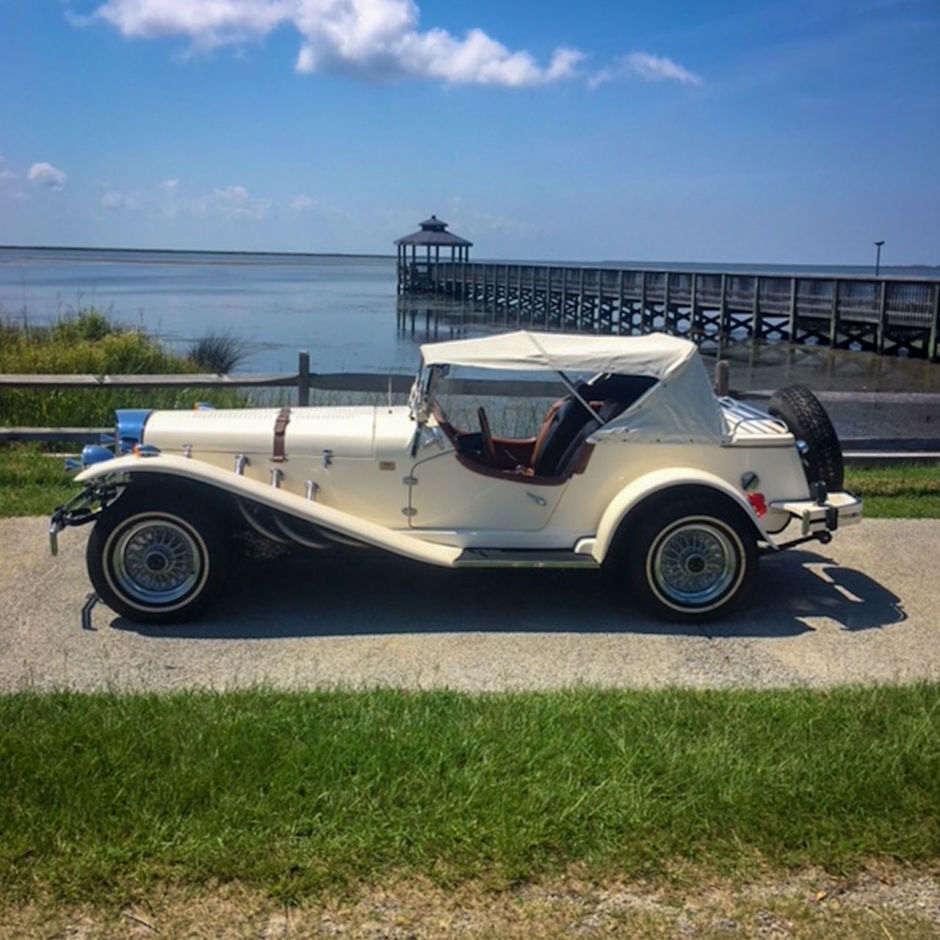 A drive along the coast on a beautiful day fits almost any itinerary, but leave the family minivan behind for this one. Elevate your next joyride with a piece of Prohibition-era history — the 1929 Mercedes from Buggin’ Out OBX — or hop in one of their dune buggies to go off-roading and on-beaching. With the convertible top down, the Atlantic Ocean on one side and Pamlico Sound on the other, your Instagram feed will make all of your friends back home hate you just a little bit.

Keep the vintage vibe going by swinging into Owens’ Restaurant for a special-occasion dinner. Bob and Clara Owens started serving fresh seafood here in 1946, and the lobster bisque just might be the highlight of your vacation. 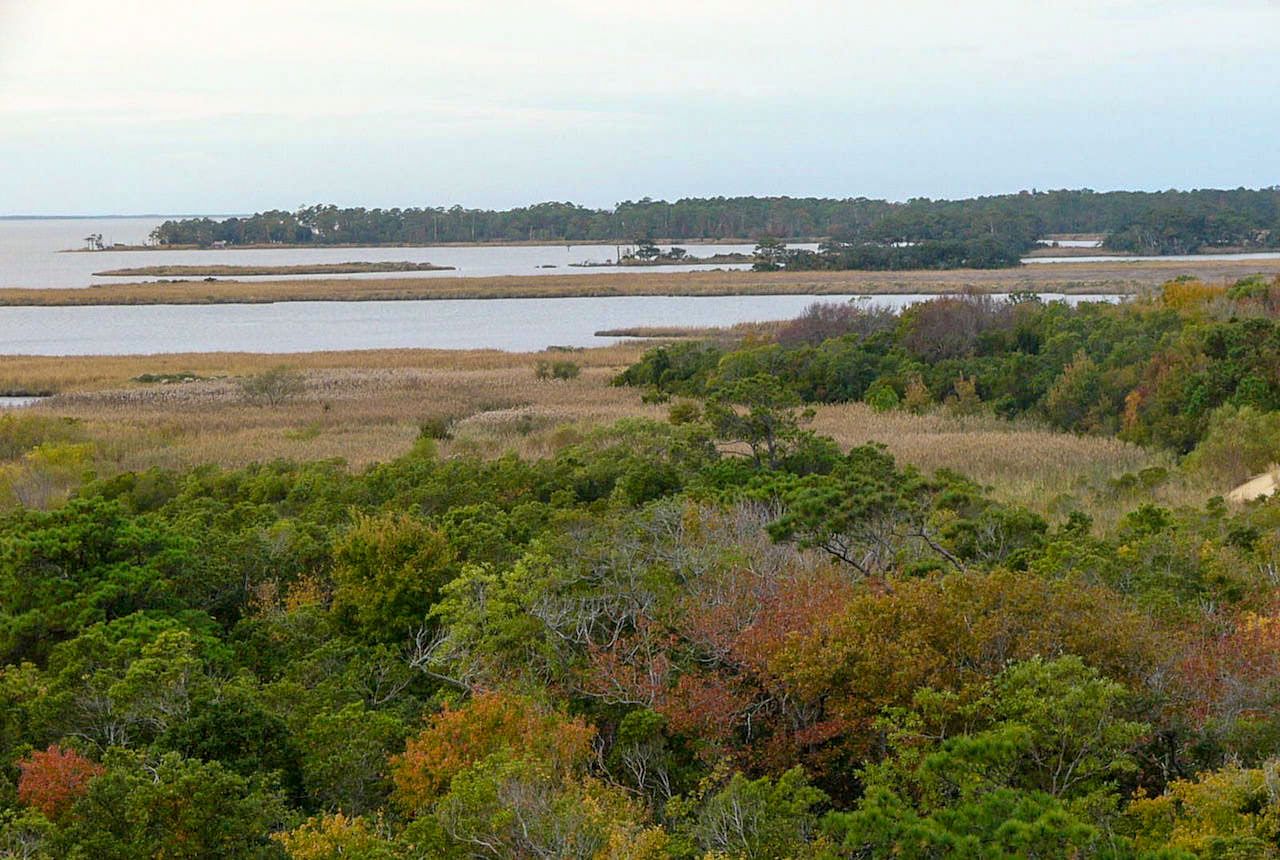 Basically everyone knows about the Lost Colony of Roanoke, but it turns out that’s not the only mysteriously abandoned settlement in the region. Today, Nags Head Woods is an eco-preserve hiding a very old secret: the remnants of an 1800s village, which make for a fantastic hike.

More than five miles of trails branch off from the visitor center’s parking area and wind their way through the old settlement. Some trail sections are narrow, and most areas are lush, bordering on overgrown. Through breaks in the greenery, you’ll see small cemeteries memorializing the early settlers, as well as what used to be a thriving village: homes, old churches, a factory, and a store — or what remains of them.

This is not the scrubby underbrush you expect to find on a barrier island, either. Nags Head Woods is a true maritime forest (and a hilly one at that) teeming with wildlife — if you’re still, you may hear deer moving around you in the dense woodland. You might think you were somewhere in the Blue Ridge Mountains if you didn’t know you were actually on an oversized sandbar in the Atlantic.

Pro tip: Time your visit for sunset, and you’ll be in for a spectacular view over Roanoke Sound. Then head back out on the main road and make your way to Kill Devil Grill for their daily “blue plate” special. You’ll soon find out for yourself why this diner has a cult-like following among locals.

5. Taking a “spiritual journey” to a distillery… 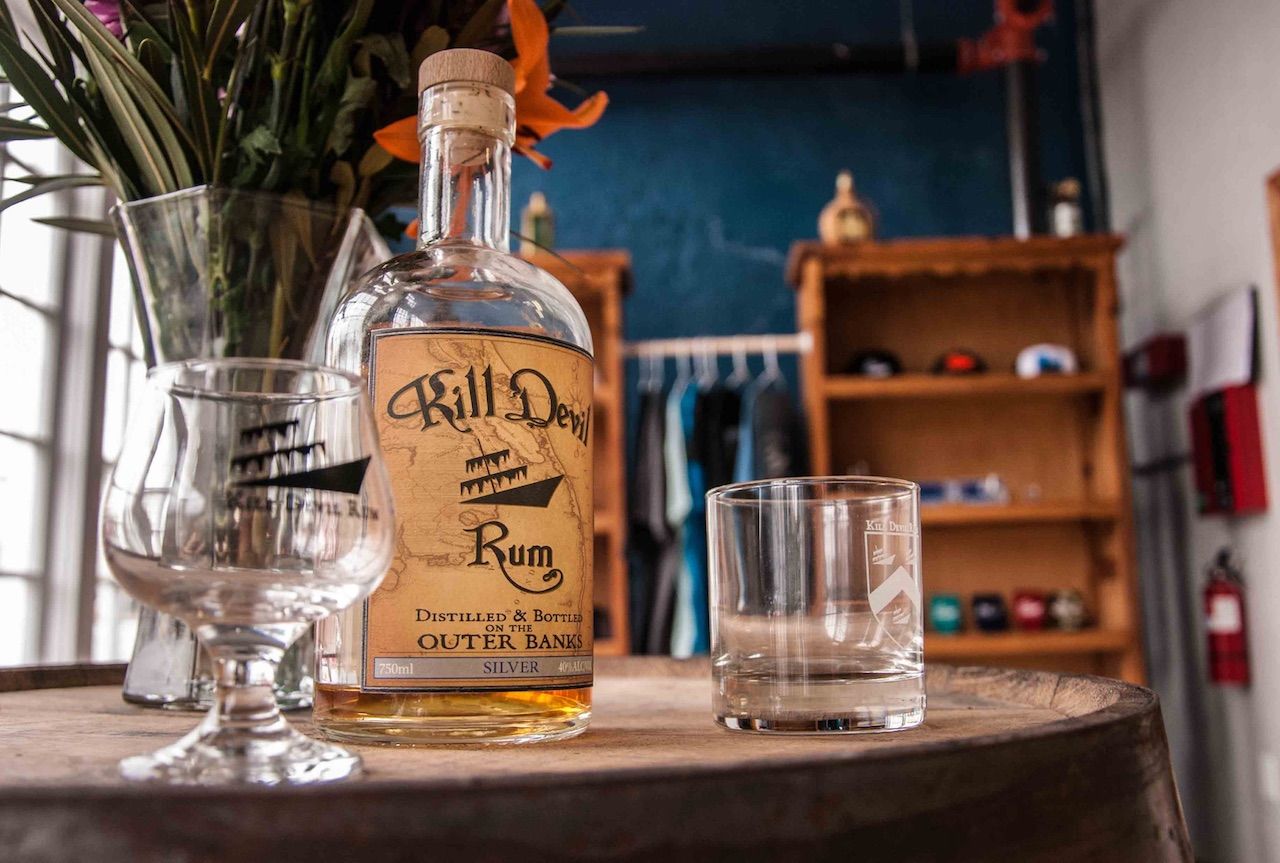 The first legal distillery On The Outer Banks — no-frills-named Outer Banks Distilling — pays homage to the area’s history of pirates, shipwrecks, and illicit booze. In the words of co-owner Scott Smith, “We’re not the first people to make liquor on The Outer Banks, we’re just the first to pay taxes on it.”

A true labor of love among four old friends, every drop of Kill Devil Rum is made entirely from raw ingredients in a custom-built copper still. Regular tours of the compact operation are offered, and they’re worthwhile as much for the knowledge you’ll gain about rum distillation as for Scott’s hilariously deadpan delivery.

6. …and to the first wind-powered brewery in the United States 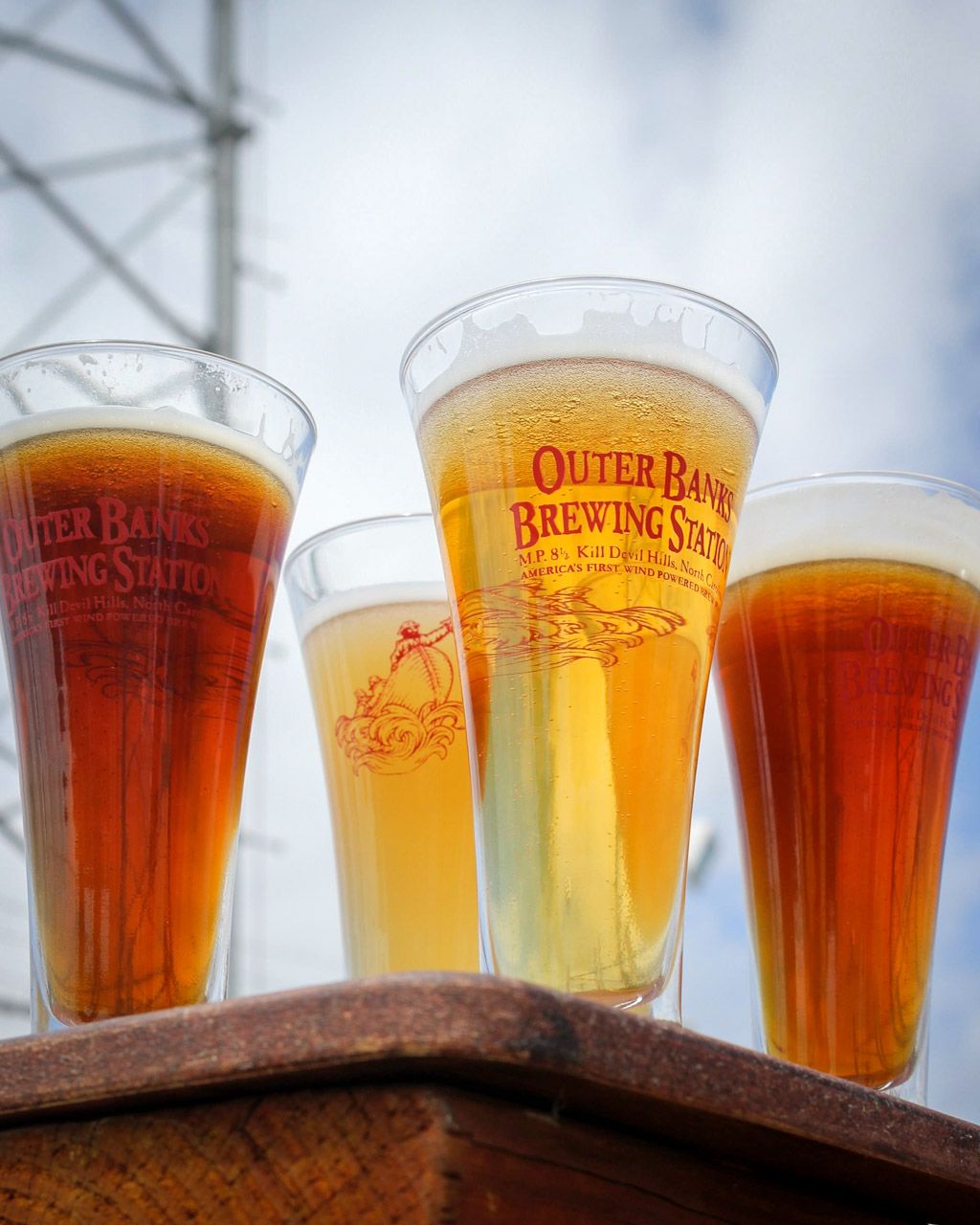 The quirky Outer Banks Brewing Station is serious about two things: beer and the environment. Started by two former Peace Corps volunteers with the help of some passionately loyal friends and family, OBBS is as much a network for social change as it is a brewery. From being powered by wind to banning plastic straws, they’re setting the tone for environmental responsibility on The Outer Banks and happily watching as other businesses follow suit.

Sign up for a tour, and be prepared to marvel at how much they’ve managed to accomplish in their closet-sized space. When you’re done, have a seat at the boat-shaped bar for a beer-glazed burger with goat cheese. You’ll thank me later.

7. Figuring out what Michelangelo, Pope Paul III, and Queen Elizabeth I have in common 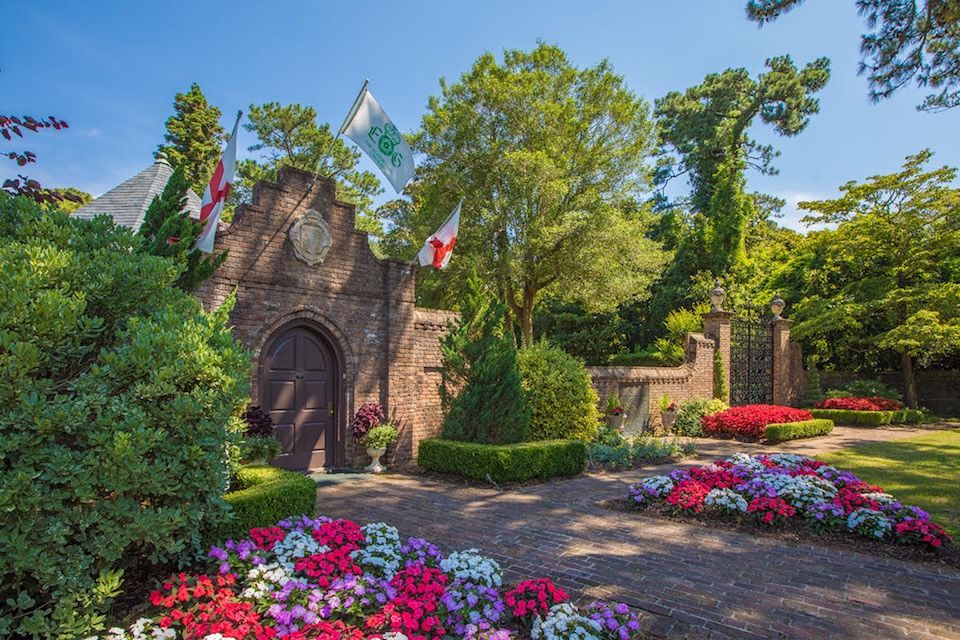 Spoiler alert: They all have ties to the Elizabethan Gardens in Manteo. This manicured, 10-acre oasis looks like it’s been plucked straight out of a British period drama, full of meticulously designed hedges, priceless sculptures, and gently tinkling fountains (Keira Knightley’s hanging around here somewhere, surely). The gardens are home to a rare painting of the last Tudor monarch, too.

All that being said, you don’t have to be a royal-family fanatic to appreciate a stroll through the blooming landscape on a sunny day. While you’re meandering, keep an eye out for statues imported from the art-loving pope’s Farnese Palace, where Michelangelo worked as an architect.

8. Getting down on the farm 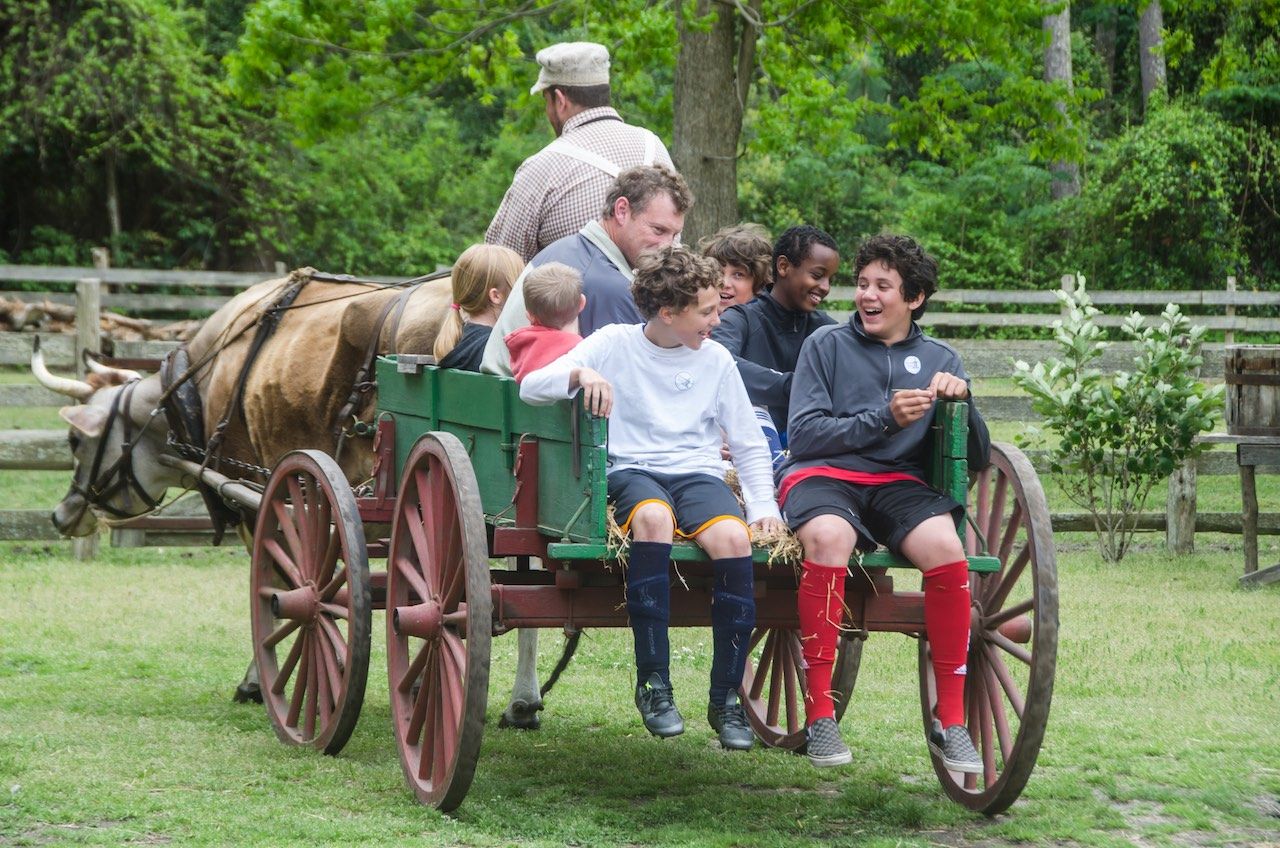 Island Farm is a living history museum that has painstakingly restored an 1840s homestead to its original design (right down to the outhouse, if you’re feeling especially nostalgic). Remember, this is North Carolina we’re talking about — just because you’re on the beach doesn’t mean there aren’t centuries of history surrounding you.

It’s also a real working farm, and costumed staff will let you make your visit as hands-on as you like, from lending a hand in the garden to baking corn cakes with the cook. If you’d rather just watch all the hard work going on and ponder the peculiarities of LTE-less life 150 years ago, you can take a ride around the property in the back of an oxcart while you enjoy the sunshine.

9. Forging your own vacation souvenir 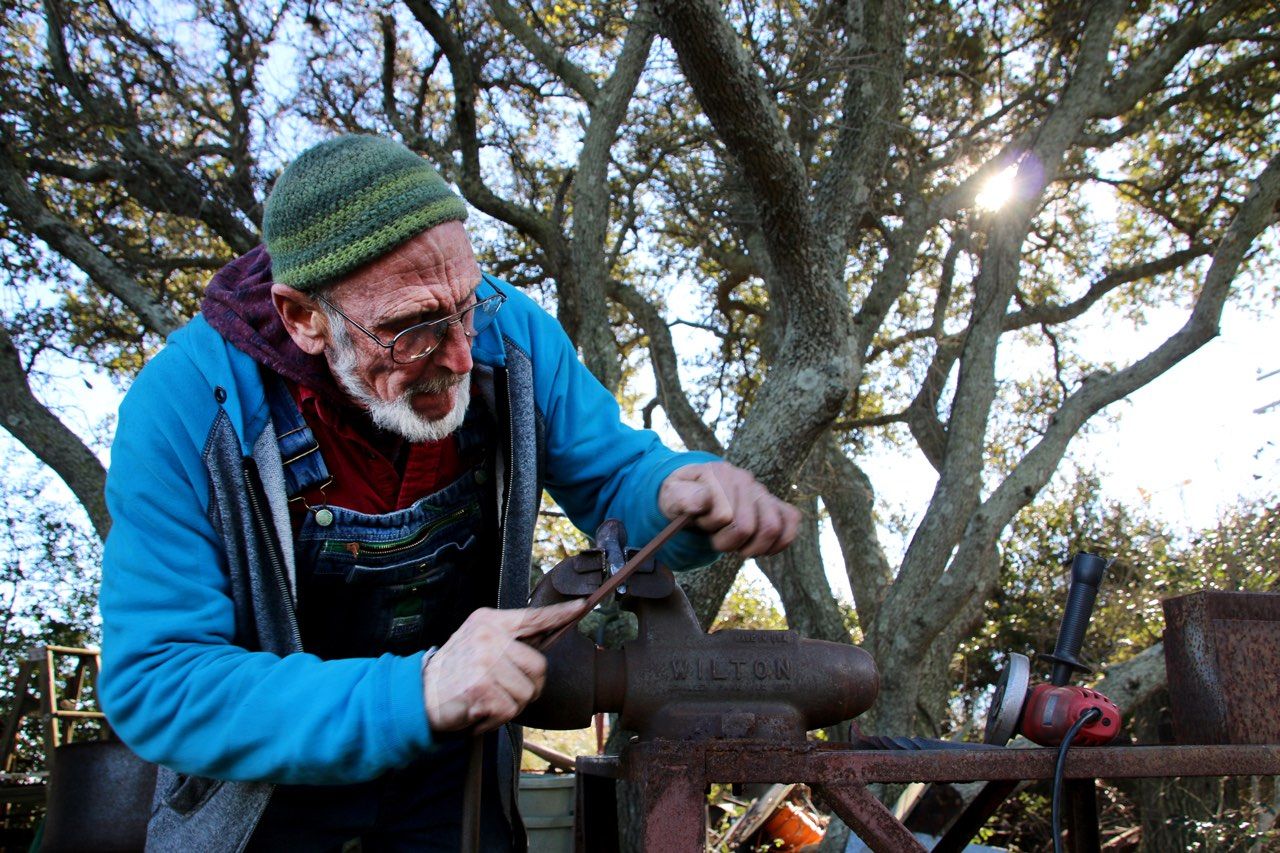 You know you don’t need another cutesy seashell magnet. Randy Hodges — the Manteo Blacksmith — has been teaching blacksmithing for 25 years, and once you catch a glimpse of the fanciful, nature-inspired pieces of upcycled art in his gallery, you’re definitely going to want to make your own. This former engineer puts on basic blacksmithing workshops by appointment, so you can go home with a new skill — and maybe a dragonfly coat hook or a new wine bottle rack — instead of just a tan.

10. Climbing to new heights at an aerial adventure park 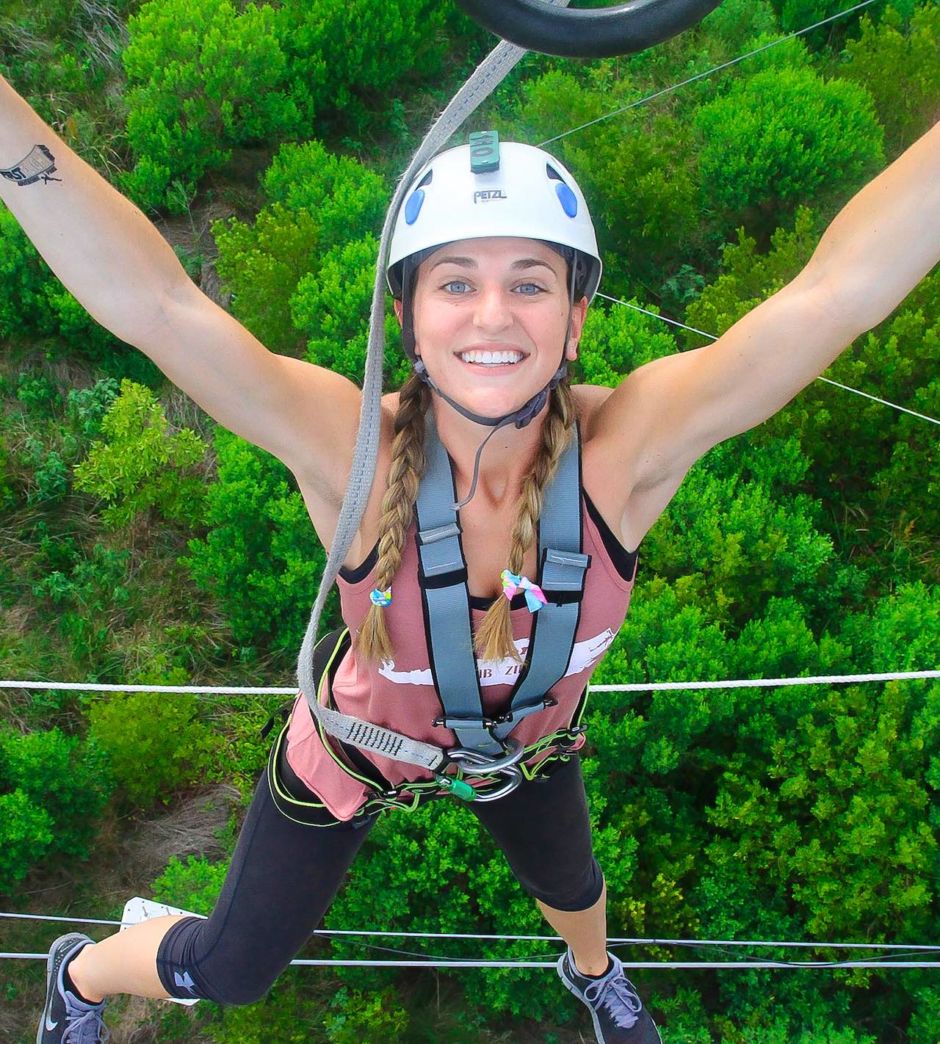 Perched on the edge of Roanoke Sound, First Flight Adventure Park (in Nags Head) resembles a sandcastle made almost entirely out of ropes. You know, if a sandcastle could dangle you in midair, your heart pumping wildly for hours on end.

Here, you’ll channel your inner capuchin monkey, scrambling and swaying on the 42 obstacles and six ziplines crisscrossing each other 50 feet in the air. You’ll be strapped into a safety harness, of course, so you won’t really be in any danger of blowing away in the wind or biffing it American-Ninja-Warrior style. Ages six and up are welcome at the park, but there’s a variety of difficulty levels — some of the obstacles will make you feel like you haven’t skipped gym day. Clearly, we’re talking more than your average beach town.

This post is proudly produced in partnership with the Outer Banks Visitors Bureau.
Tagged
Travel North Carolina, United States
What did you think of this story?
Meh
Good
Awesome