Traveling may be more accessible than it’s ever been, but as certain destinations become more popular, and demand starts getting out of control, visiting trendy hotspots can become too expensive for people with tight budget constraints.

Like most things in life, compromise is often necessary when deciding where to travel and what experiences to have. Fortunately, there are cultural, historical, and geographical similarities in many of the world’s major cities, which makes it possible to find an affordable alternative destination if your first choice is taking a toll on your wallet.

Whether you’re a history buff, foodie, or adrenaline junkie, you can still have an exciting and rewarding experience on a budget, and probably an even better time than you would if constrained by finances at the more popular destination. Consider these five affordable, fun, and diverse destinations instead of their more costly neighbors. 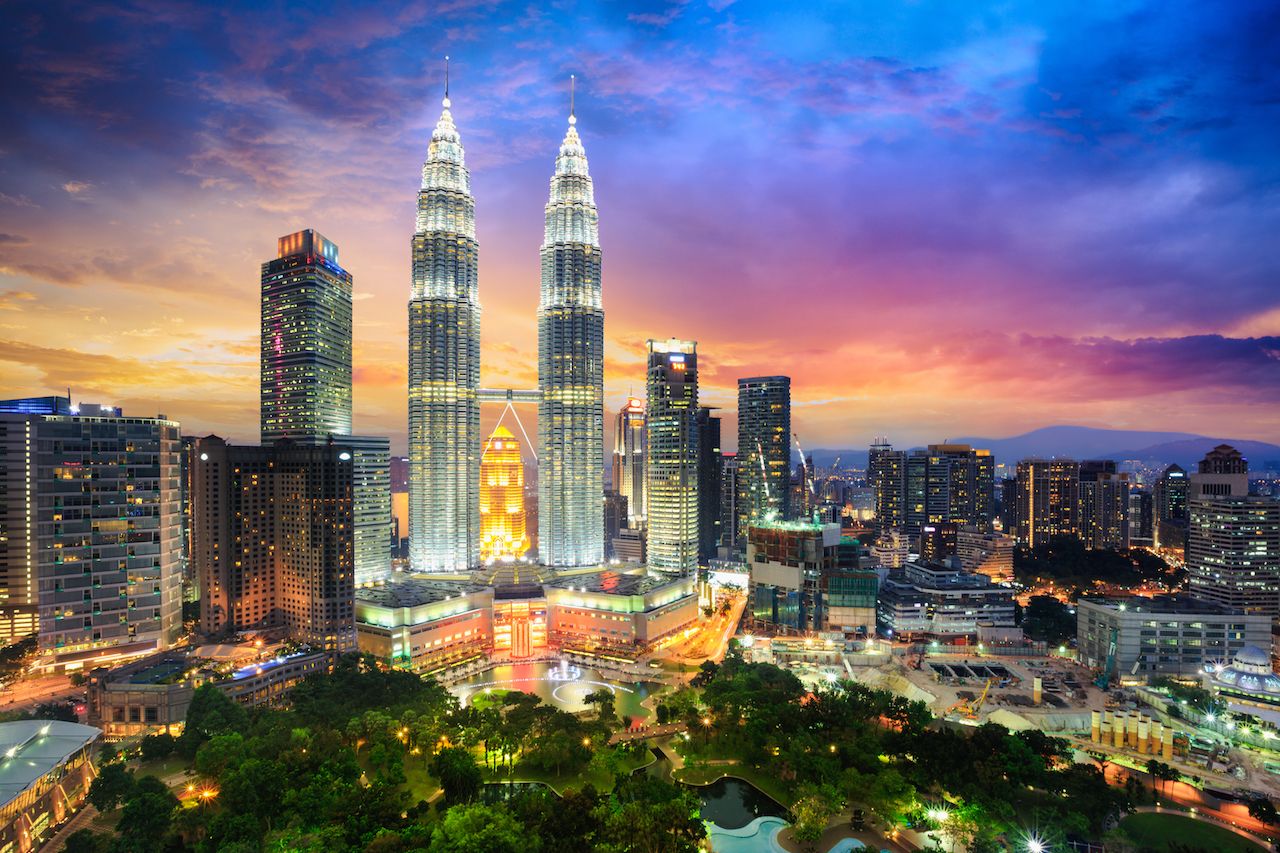 Singapore is known for its hybrid cuisine, futuristic green spaces, and for being culturally and ethnically diverse. The densely-populated city-state is a great place for a first-time visitor to Southeast Asia (being a major hub makes things easier, too), but its one major drawback is the prices, which are more reflective of the Western world than of any of its neighbors. The country has among the most advanced and efficient rapid transit in the world, but getting around can still be expensive, as you must combine transportation costs with high prices for accommodation, dining out, and sightseeing. For a more affordable trip, you may end up setting your eyes set on Malaysia — literally, because you can see it from Singapore.

Hop across the border and Malaysia seems like a different world; one where everything is, at most, half the price of most goods in Singapore. Like in Singapore’s hawker centers, Malaysia’s popular island-destination of Penang is a diverse melting pot of foods, with primary influences including Malay, Chinese, and Indian. The multicultural society of Penang is commonly ranked as one of the best street food cities in Asia, and that is really saying something. Street food prices are similar in Penang and Singapore, ranging from as low as $1 USD in Penang to $2-3 USD in Singapore. Due to Singapore’s wide range of dining options from hawkers to high end restaurants, prices start as low as possible and go through the roof. 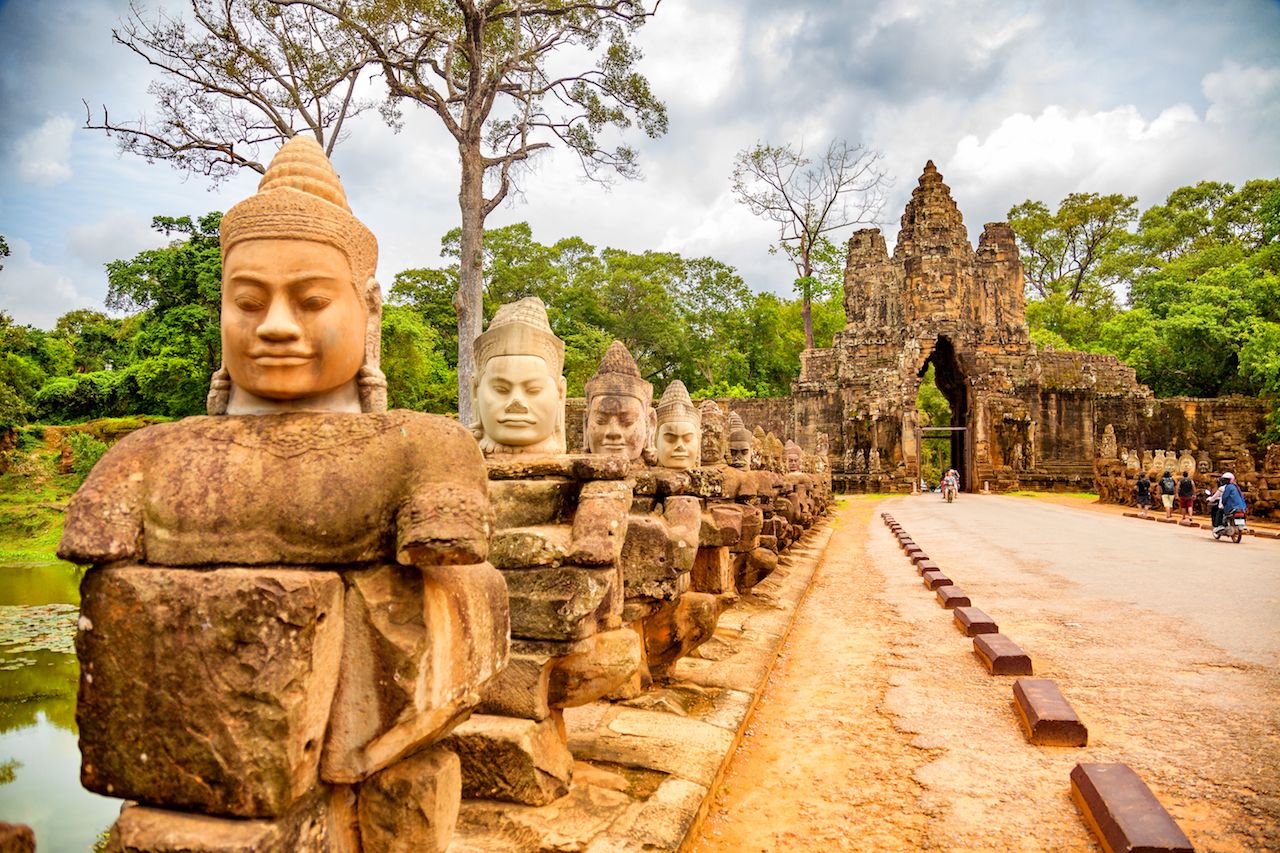 Thailand has become increasingly more expensive due to its reputation as being one of most accessible countries in Southeast Asia for first-time travelers. Though the country is still reasonably affordable compared to the United States, the economic boom from tourism has driven up costs substantially. The influx of travelers is leading to over-tourism and some unethical animal attractions (please don’t ride elephants or pose with tigers). Some of the country’s once-pristine beaches and wilderness areas have been exploited from a steady string of demand. Cambodia operates at a much more relaxed pace than Thailand; a 5-10 minute tuk-tuk ride in Phnom Penh should cost around $2 USD, while the same trip in a metered taxi in Bangkok could cost around $4 USD (or much more if it’s not metered).

Cambodia, like Thailand, is filled with mouth-watering food, rich history, ancient ruins, and what seems like an endless amount of natural beauty including long and sandy beaches, lush green rainforests, and charming mountainsides. There’s one big difference, though – not considering the tourist magnet of Angkor Wat, Cambodia sees far fewer travelers than Thailand and is generally much more affordable. In Cambodia, you can still travel in tuk-tuks, eat delicious, delicately-flavoured curries and exotic fruit and swim in warm waters in the Gulf of Thailand. Additionally, you can watch sunsets over the Mekong River, visit busting traditional markets, explore religious temples and ruins, and visit rural communities that have remained largely unchanged for decades, all without breaking the bank – a genuine Southeast Asian adventure. 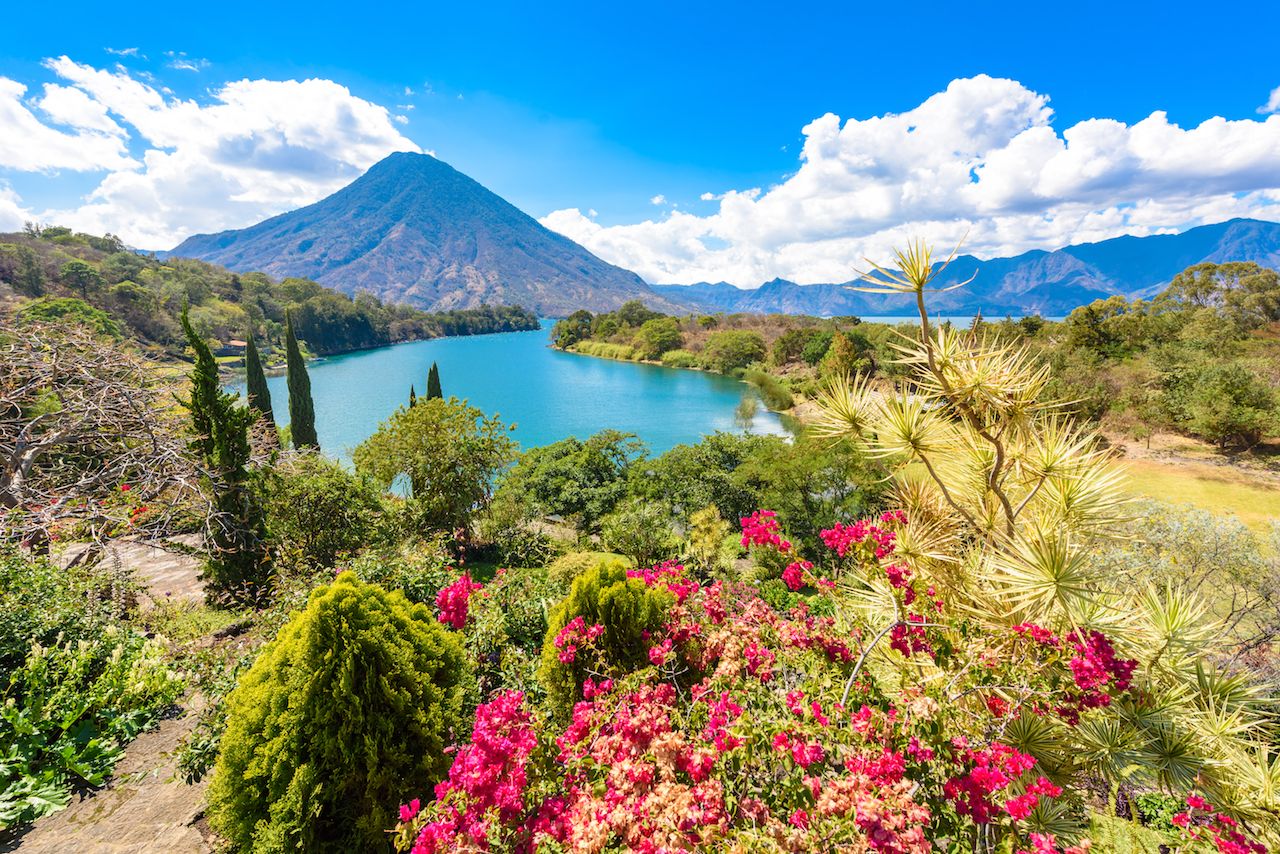 Tiny Costa Rica is known for its incredible biodiversity, as the country is home to an estimated 4% of the world’s species. It’s undeniable that the country is incredibly picturesque, from blissful beaches and rainforests to mountain ranges and active volcanoes. But just because Costa Rica is indeed spectacular, doesn’t mean it should be the only Central American country on your radar. Nearly all Central American countries share these characteristics – beaches, mountains, and a diverse wealth of natural beauty, often with far less people and lower prices. One of the best examples of this is in Guatemala.

While Costa Rica has become very Americanized in recent years, Guatemala is still widely traditional. Wildlife may not be as abundant in Guatemala, but the region is home to ruins of the fascinating Mayan civilization, particularly the ancient citadel of Tikal. Transportation, accommodation, food, attractions, and pretty much everything else is more affordable in Guatemala. A local low-range meal in Guatemala will cost around $5 USD, whereas it would add up to around $10 USD in Costa Rica. 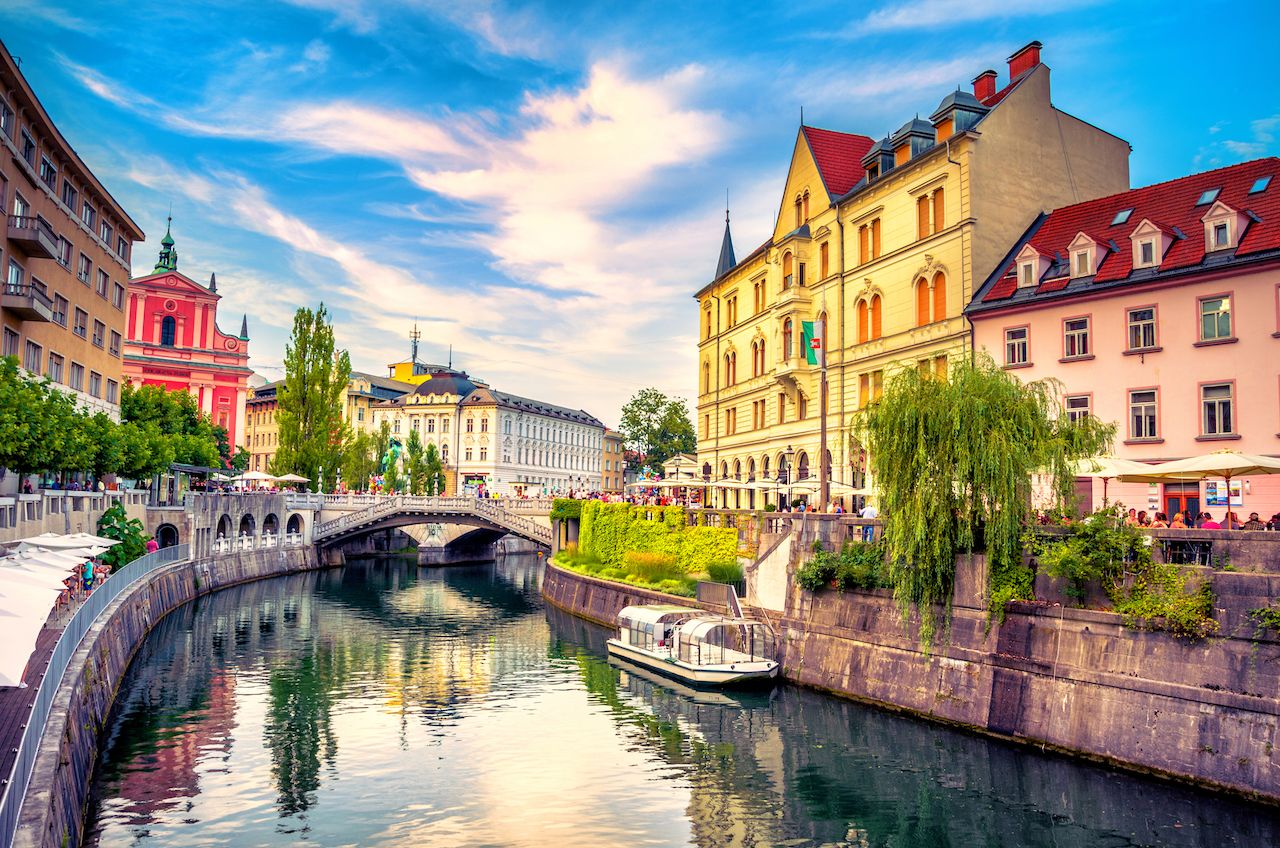 Year after year, Italy is one of the most visited countries in the world, and for good reason – it’s home to ancient ruins and architectural wonders such as the Colosseum; the cuisine is world famous, (pizza, spaghetti, cannolis!) and its cities seem to perfectly blend modern sophistication and old-romance. Italy’s landscapes are varied and picturesque, and it’s surrounded by the seas of the Adriatic, Ionian, and Tyrrhenian. But the tiny neighboring country of Slovenia shares many similarities to Italy, even though it’s too commonly overlooked.

Slovenia is one of those countries whose landscapes remind you of your dreams. The capital of Ljubljana is a truly lovely city, filled with green spaces, gorgeous architecture, vibrant street art, cozy riverside cafes and bars, and a car-free city center. Located in the heart of Europe, Slovenia’s continental climate makes for pleasantly warm summers and cool winters. With Italy, Slovenia shares a small slice of the Adriatic coastline – a perfect place to soak up the Mediterranean sun. Slovenia also boasts fine wines and delicious Mediterranean foods, much like its more-expensive neighbor. Sharing similar landscapes, Slovenia’s mesmerizing limestone peaks of the Julian Alps stretch into Northern Italy. Slovenia is no more a secret and tourism is on the rise, but it’s not yet overcrowded. The overall cost of living is much more affordable in Slovenia, as are all costs associated with traveling, especially the cost of food and drink. Add this great Balkan country to your next itinerary and you won’t regret it. Best of all, a pint of beer in Italy will run you around $6 USD, while only costing $3 USD in Slovenia. 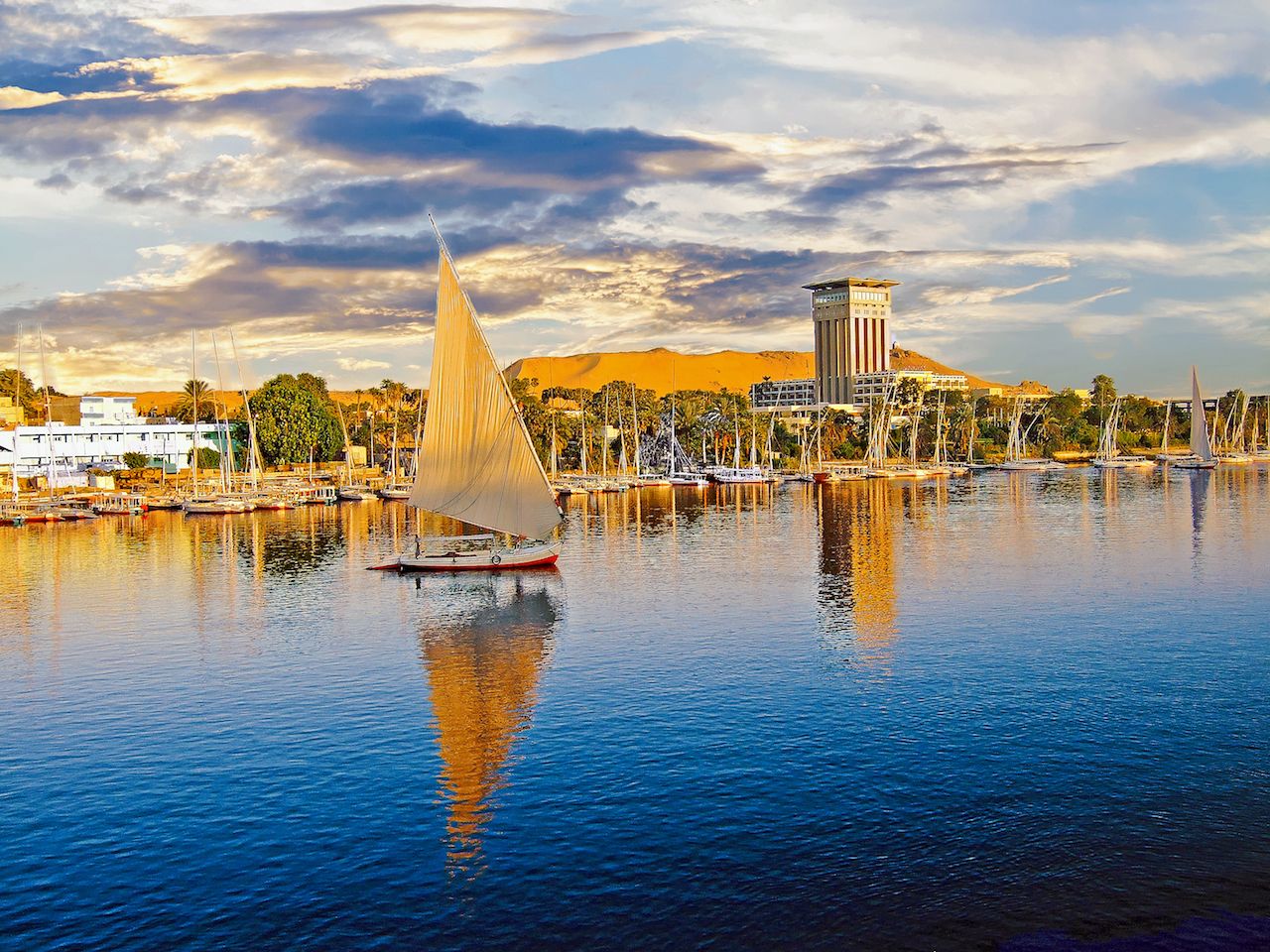 Known for its vast, storied history and profound religious significance, Israel is a nation whose lands have changed shape many times. But it’s getting rather expensive, due to its large amount of tourists and pilgrims, and increasingly trending culinary scene. Over in Africa, though, Egypt offers a similar journey back in time, into its equally fascinating and mystifying ancient past.

You could spend a lifetime exploring Egypt’s vast collection of historical artifacts (for extremely affordable rates) and only just brush the surface of one of the most complex civilizations to have ever roamed Earth. Apart from taking in the history, you can also have water adventures along the fertile Nile River for a much cheaper cost than you would at a beach resort along Israel’s Dead Sea. You can also eat twice as much for the same price in Egypt, and expect to pay around $10 for a dorm in Cairo, versus the typical $35 in Tel Aviv.

Photo + Video + Film5 European destinations that are totally underrated (plus 3 that are a little overrated)
Tagged
Budget Travel Trip Planning
What did you think of this story?
Meh
Good
Awesome