Winter in Chicago can be brutal, and it’s easy to give in to the temptation to just stay inside where it’s warm and cozy, and pray for spring. But the city has so many beautiful outdoor areas and none of them close for the winter. With the right clothing and boots, a thermos full of a hot drink, and a little determination, you can see a whole new side of the city. Here are our picks for things to do in Chicago in the winter. 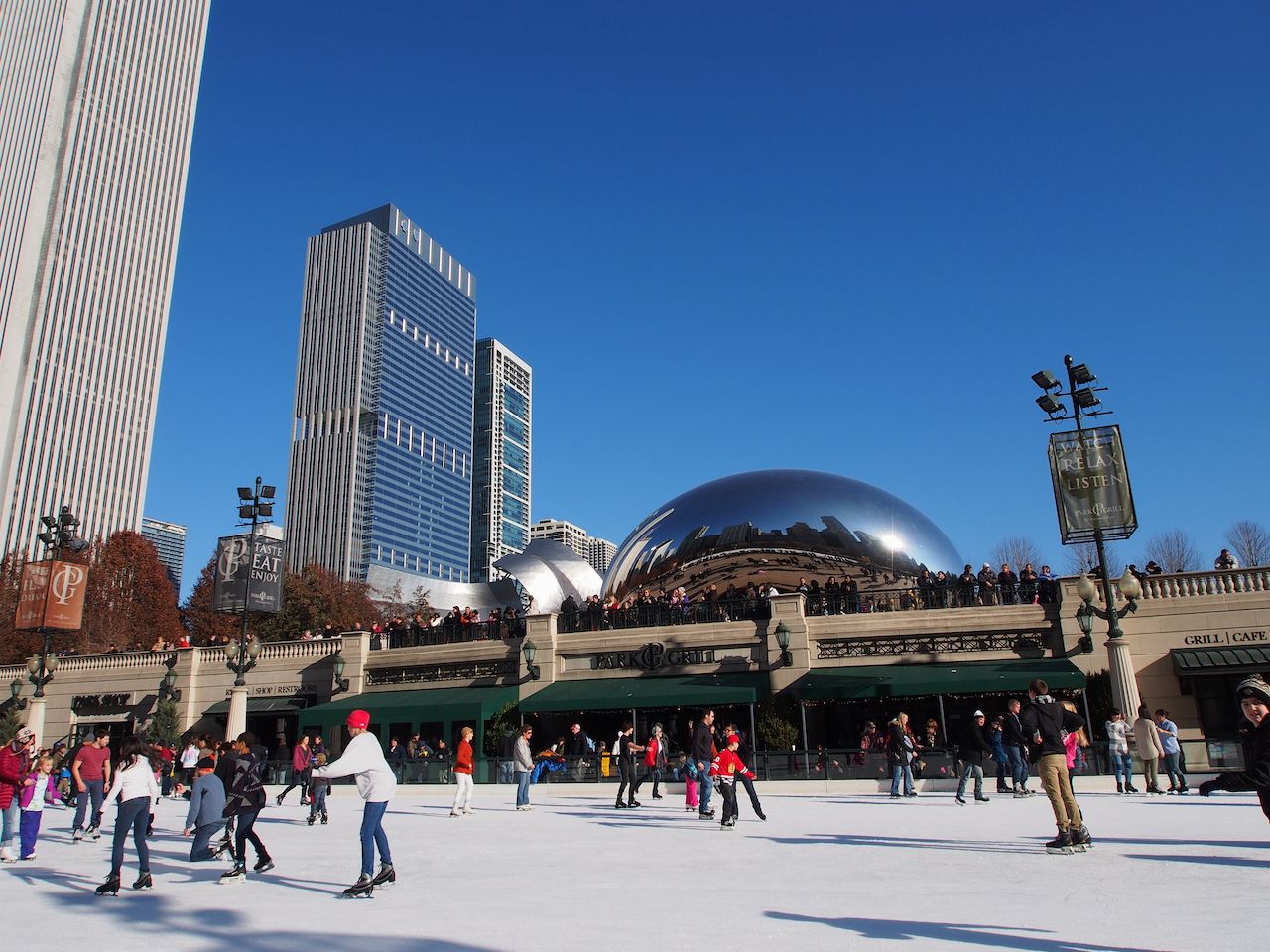 Ice skating outdoors is a classic winter activity in Chicago and there are some great places to do it. The most iconic rink is the McCormick Tribune Ice Rink in Millennium Park where you can skate between the famous Cloud Gate sculpture (aka the Bean) and the skyline over Michigan Avenue. Just a block from there is Skating Ribbon in Maggie Daley Park, where you can ditch the rink format for a track. Either option offers free admission but charges $13-$15 for skate rentals if you don’t have your own. For something outside of the downtown area, check out the Winterland at Gallagher Way just outside of Wrigley Field. 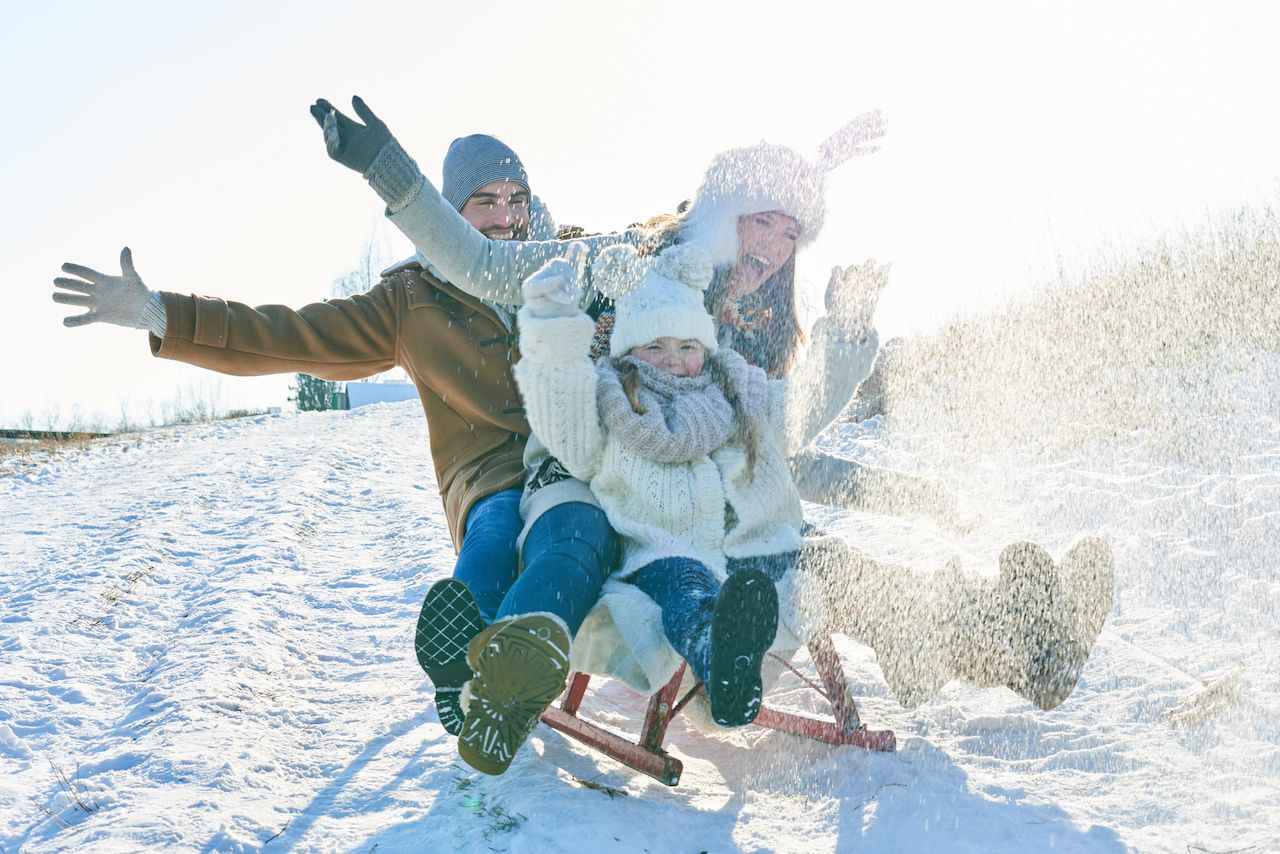 Chicago is just about as flat as a city can get so there aren’t too many places for epic sledding runs, but there are a few spots if you know where to go. The city’s biggest hill is located off the southeast corner of Soldier Field. It was created with the extra dirt from the remodel of the stadium. Its location and great views of the city make it a perfect place for sledding in Chicago, but it can get crowded.

Maybe the best hill in the city is way out northwest in the Cook County Forest Preserve area of Caldwell Woods. This is a great spot since it has bathrooms and a warming shelter with a fire pit, where you can roast your own marshmallows if you bring some along. There are also some small but fun hills in a few different parks around the city including Humboldt Park, Warren Park, and Cricket Hill at Montrose Beach. 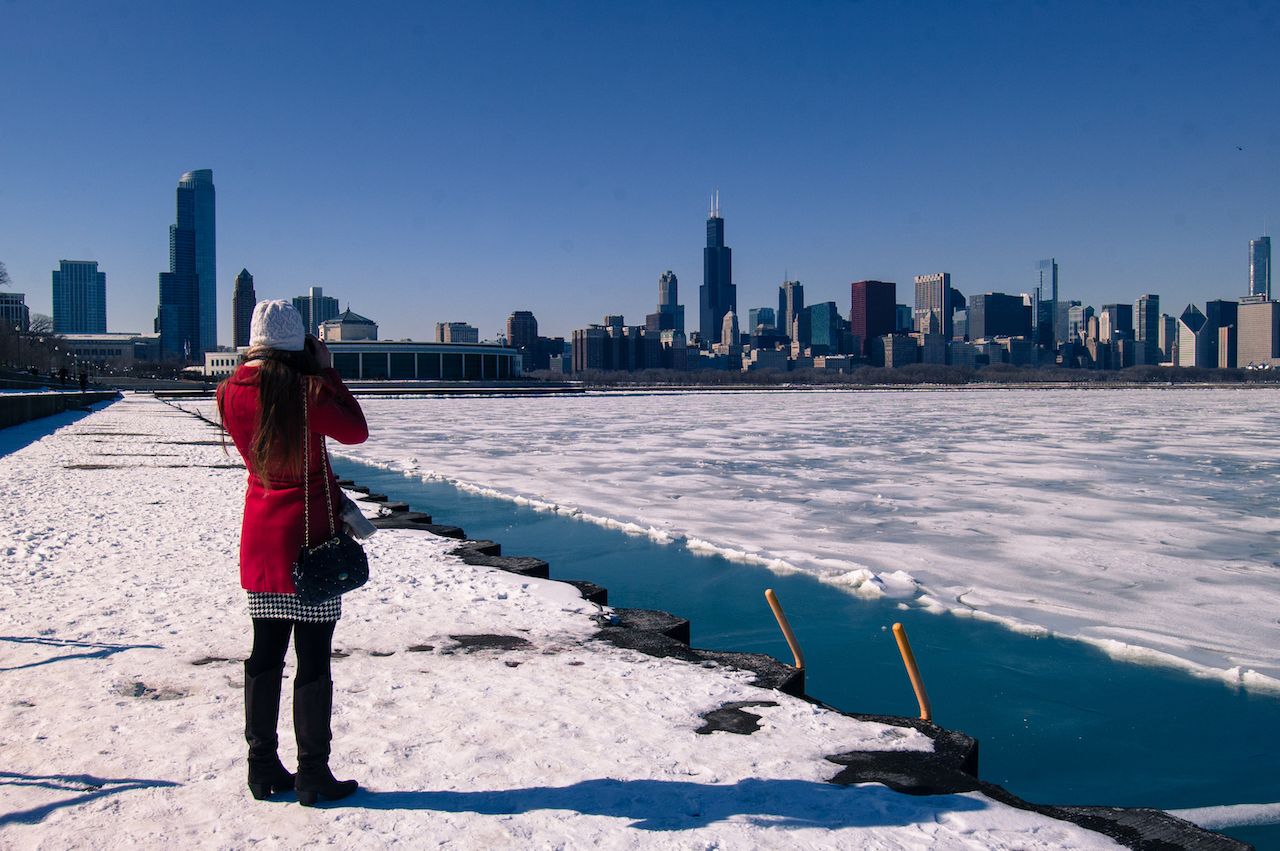 The Chicago Lakefront Trail is a biking, walking, and jogging path that runs 18 miles north to south through the city. It passes right through downtown and connects the four major lakefront parks. It’s one of the most beautiful parts of Chicago, and there’s absolutely no reason that you can’t enjoy it during the winter. The path is usually cleared of snow, and while only the most hardcore people are out there biking, a run or a walk through the snow-covered city on a winter’s day can be a great time if you’re dressed for it. Bring a thermos full of something warm, and enjoy being immersed in nature without ever leaving the city. You can also walk the Chicago Riverwalk or 606 Bike Trail for a more urban walking experience. 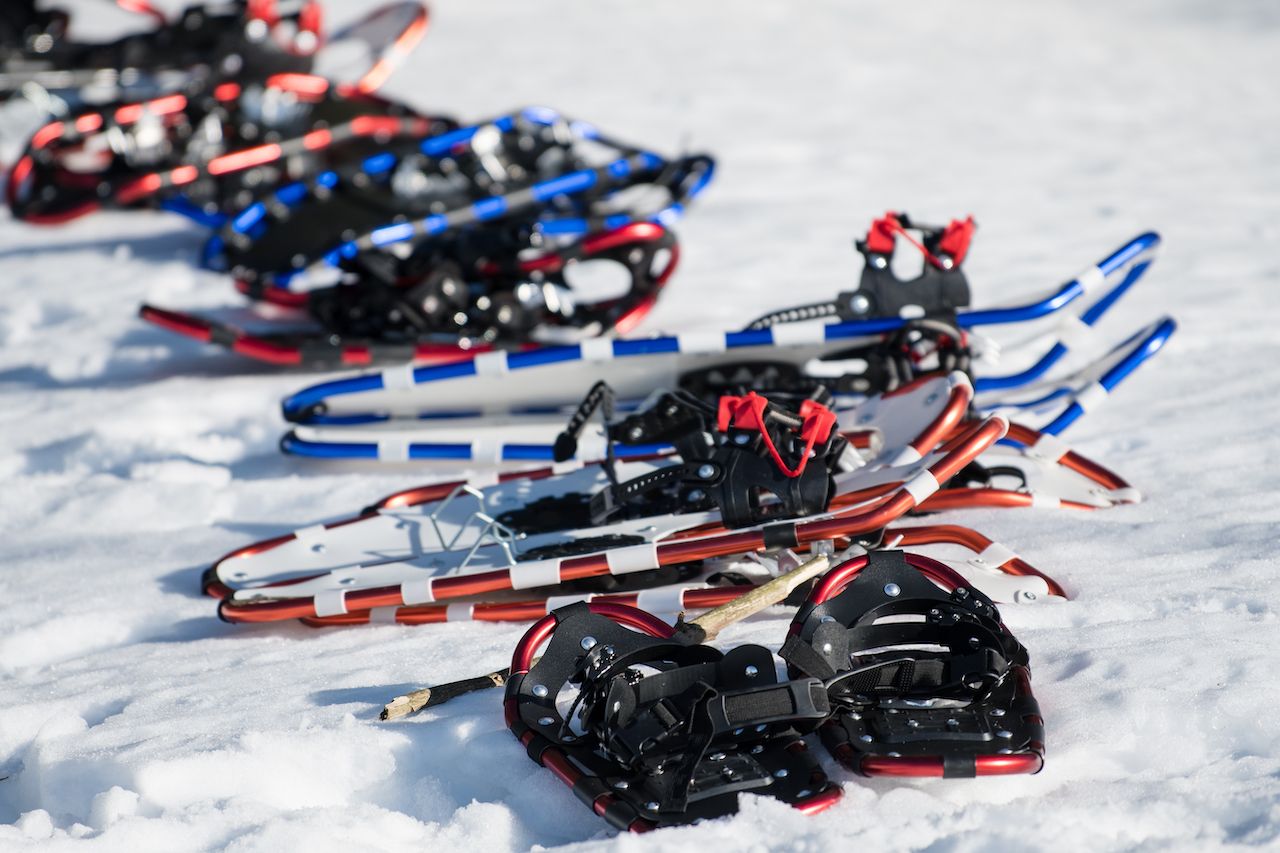 There are a lot of places that groom trails and rent equipment for skiing and snow trekking in the far suburbs, but for anyone wanting to try it out without leaving the city, there’s the park at Northerly Island. On select dates throughout the winter and when there is enough snow, the Park District rents cross-country skis and snowshoes for just $5 for two hours. The views over the lake and across the Museum Campus toward downtown are stunning. Check the website above for dates, and make sure to call the number listed to confirm there’s enough snow. If two hours in the cold isn’t enough for you, Northerly Island is a short walk from the sledding hill at Soldier Field so you can combine the two for a snow-filled day of fun. 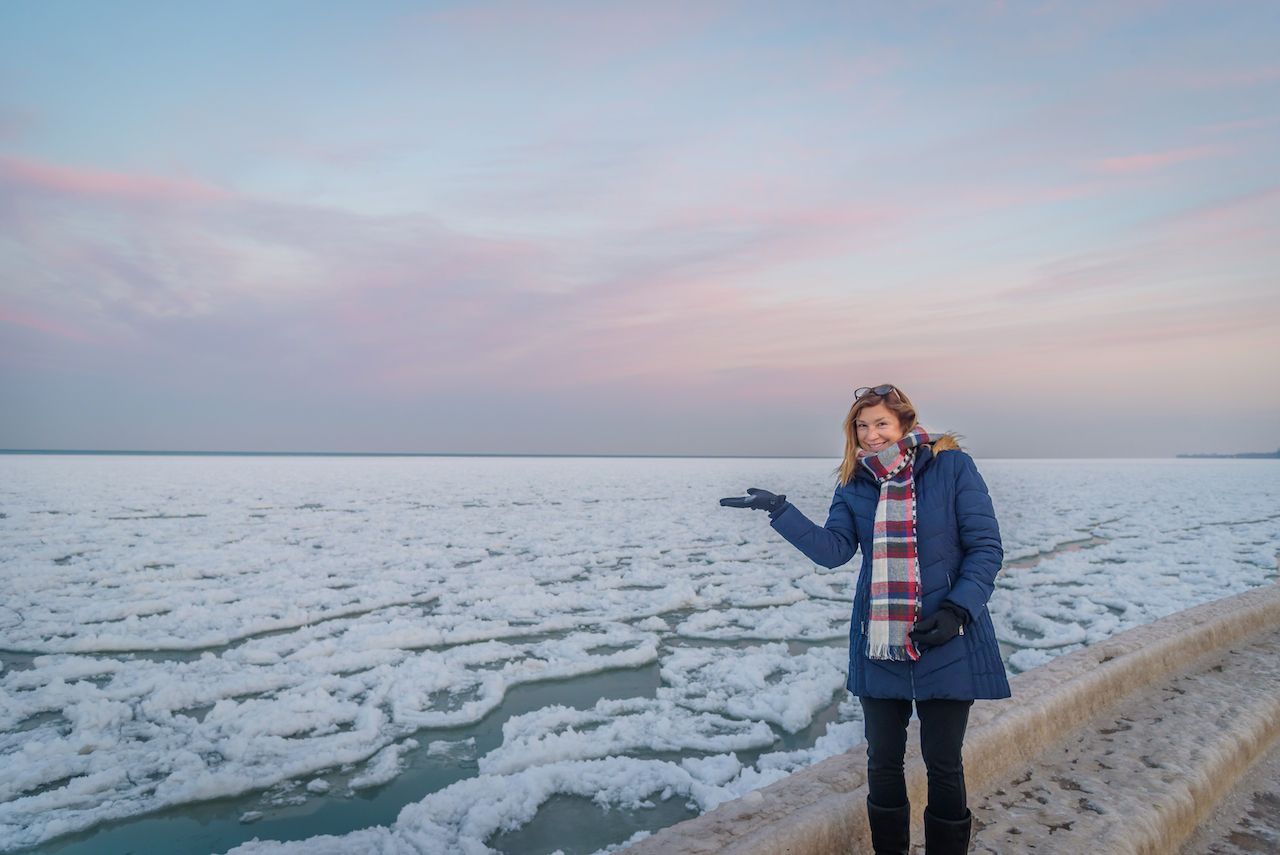 This probably sounds insane, but hear us out. As the shore of Lake Michigan ices over in the winter, it is continually pounded by waves which build up into mounds of ice that form epic sculptures. They are often stunningly beautiful and are a favorite for photographers especially. You need to be really careful if you’re venturing out past the shore; the safest way to explore is to stay on the piers that jut out from most beaches. However, these tend to be quite slippery so you still need to be careful. As a bonus, the rails, lighthouses, and other structures on these piers get the same wave treatment and often transform into sculptures themselves. It will almost certainly be cold out there, and probably pretty windy as well, so bundle up.