From Marseille to Leipzig, these cities don’t need to be compared to their capital counterparts. They’ve all got unique things going, and here’s what makes them worth the trip — from anywhere. 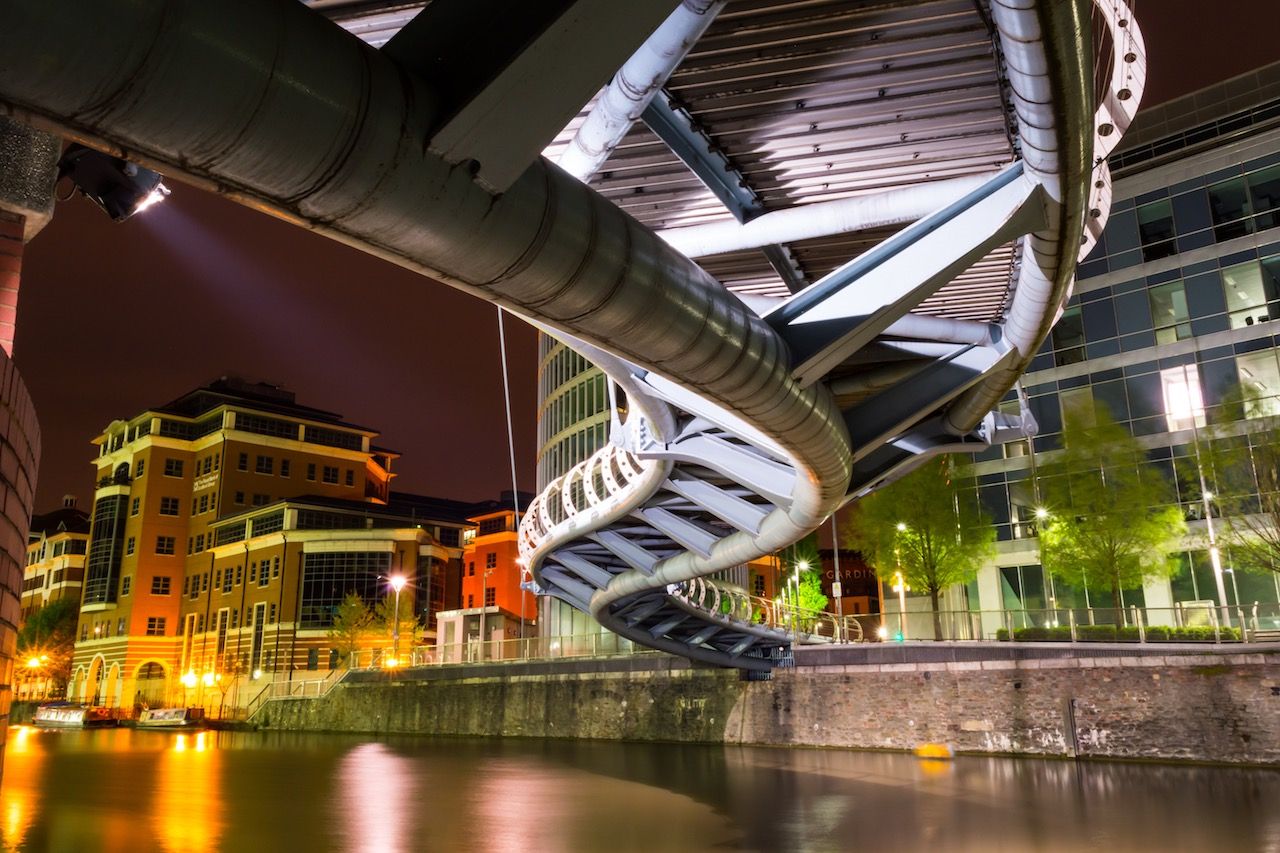 Home to more than half a million, Bristol is like the London Borough of Camden exploded across an entire city. Known for its alternative edge, this is the place where Banksy grew up, and you’ll see street art by him and other world-class artists everywhere. It pretty much defines the city.

The funky, student-y heart of South West England, Bristol is where you’ll find amazing-yet-free museums like M Shed. There are also independent cinemas and art collectives, community cafés, and actual beer barges. While you’re at the barge, maybe sample the local cider, too. You’re so close to being in Somerset, after all.

In Bristol, other ways to get out on the water include stand-up paddleboarding, kayaking, canoeing, or just hanging out in the pool at the Bristol Lido. Yes, it’s an artsy town first, but that doesn’t mean you can’t get active. 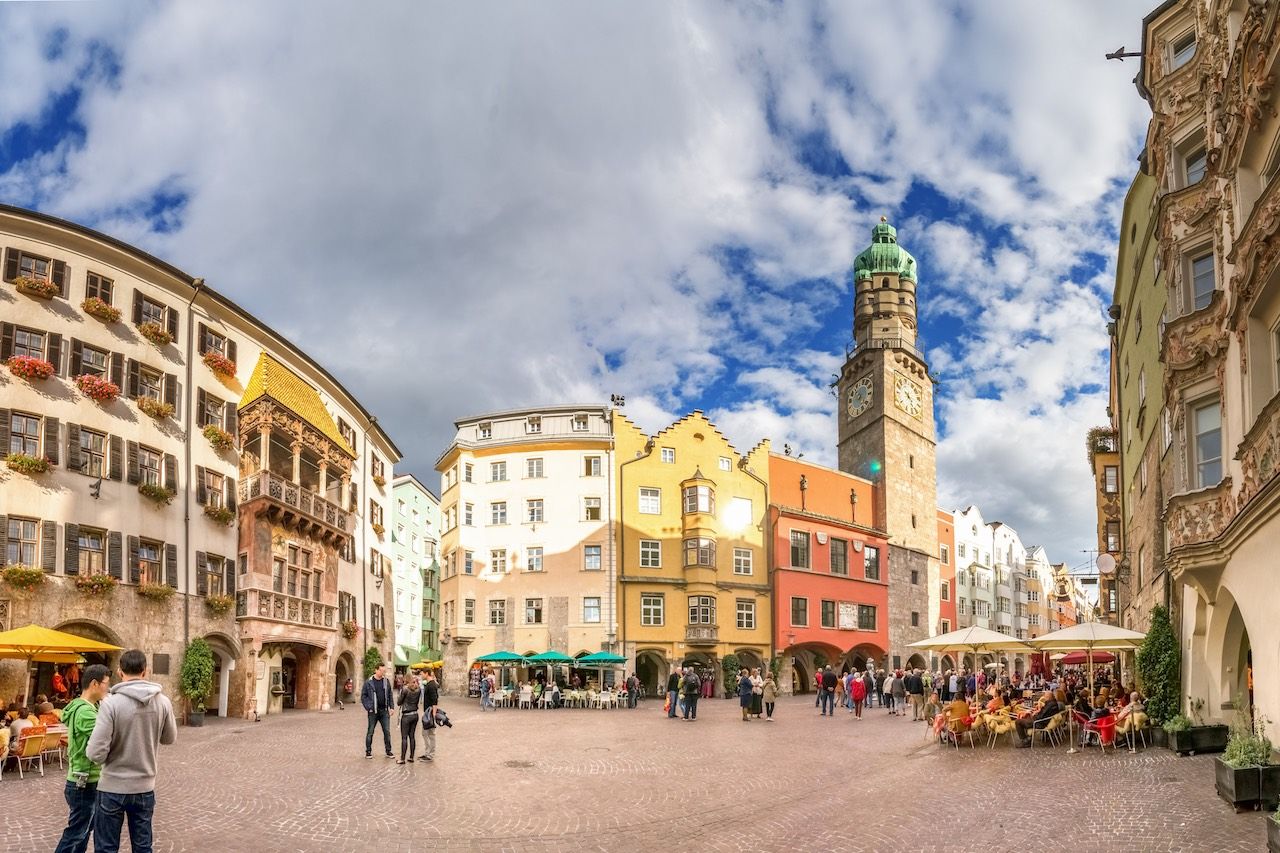 Salzburg is lovely, but it’s not the only place in Austria that could inspire Julie Andrews to burst into song. Innsbruck, population 125,000, is another Alpine dream of a city. There’s the Imperial Palace to check out and an immense baroque cathedral to wander into. There’s a 1920s brewery-turned-architecture museum and a bakery-turned-cultural space with its own photo lab. Traditional and contemporary all at once, Innsbruck is no second-tier city.

In the summer, you can go hiking and rock climbing among the surrounding mountains’ rocky spires (you’re right in the Alps, after all). You can also bike the Nordkette Singletrail — covering a short-and-sweet 2.6 miles but encompassing 3,379 feet of elevation, it’s considered the most challenging trail of its kind on the continent.

In the winter, it’s all about skiing, snowboarding, and dancing at the highest nightclub in the Alps. That’d be Cloud 9 Igloo Bar by Seegrube Station. Prost! 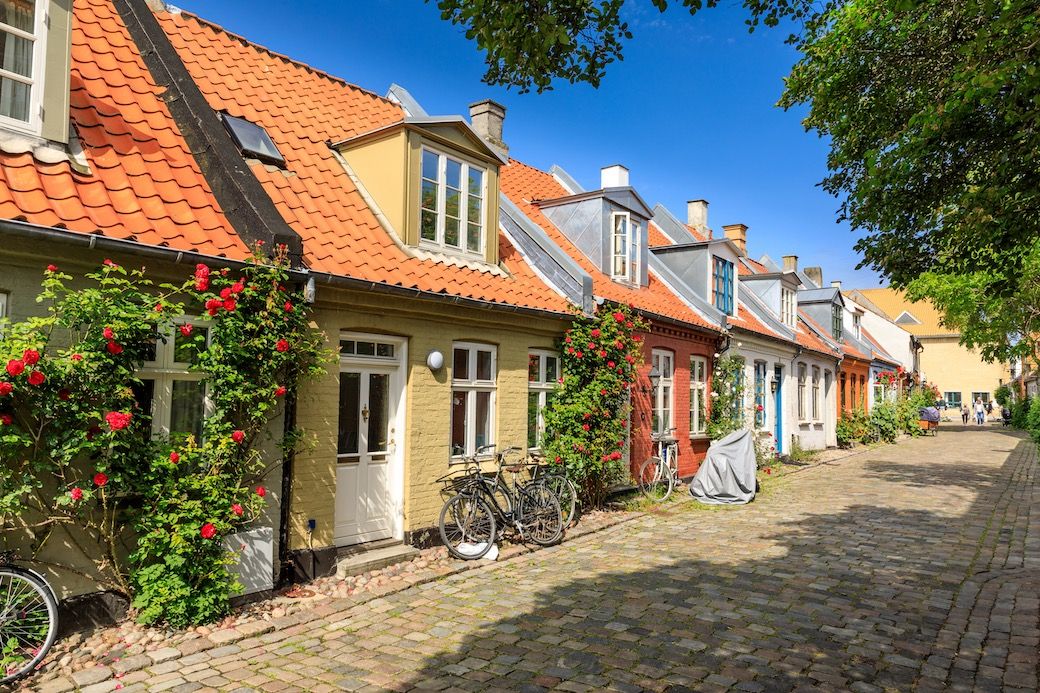 All ice-cream-colored buildings by the blue-grey North Sea, Aarhus is the kind of place where, on walking its cobbled streets, you can’t help but say, “I want to live here!” Set on the Jutland peninsula’s east coast, this city is winning all the accolades. Last year it was named the European Capital of Culture and — along with the Central Denmark Region — the European Region of Gastronomy.

More than 10% of Aarhus’ population of 326,000 are students, making this the youngest city in the country. It might also be the most fun. Check out the lively Aarhus Street Food Market for bánh mì and Danish dumplings served out of converted shipping containers. Wander into one of the hidden courtyards of the Latin Quarter to find your favorite new smørrebrød café. Rent a bike and visit the forests and beaches that hug the city’s edge. You can’t go wrong. 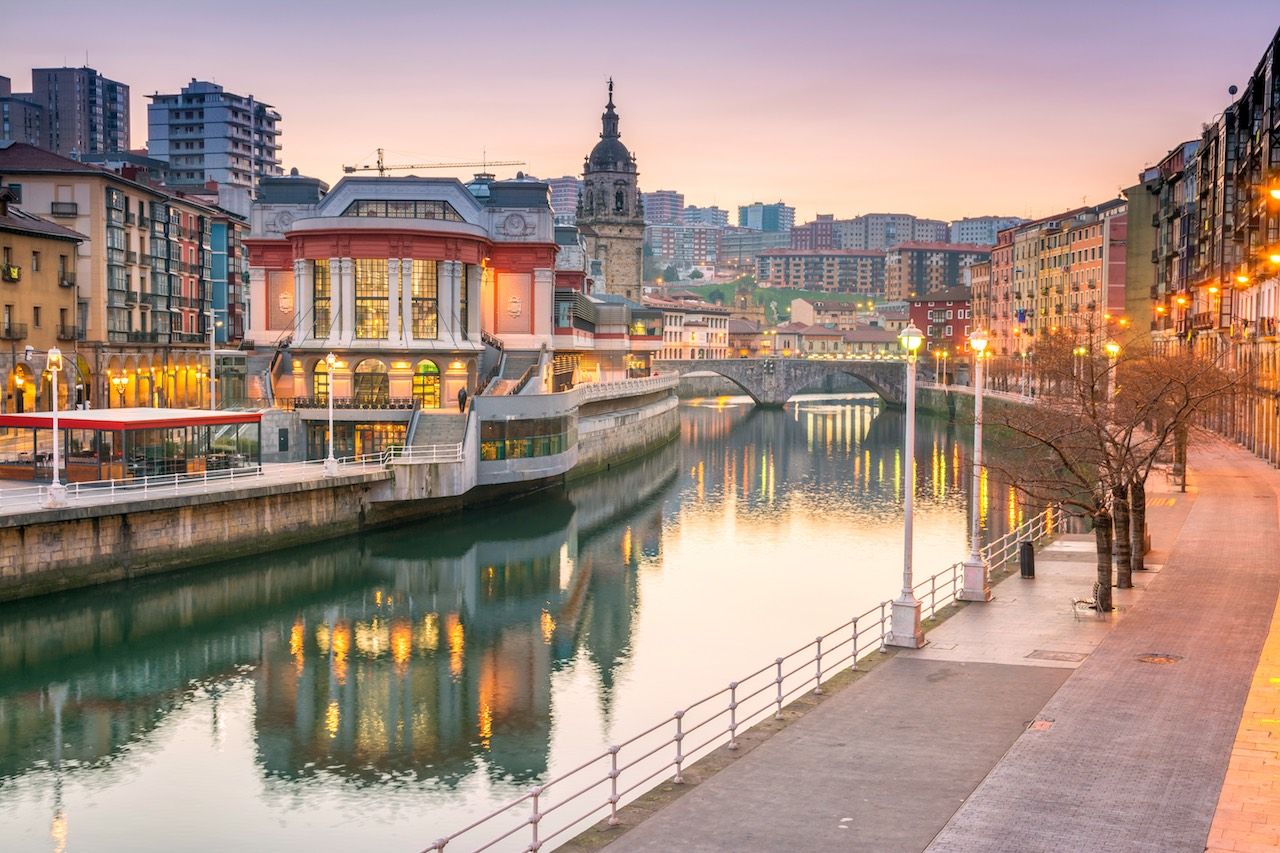 Barcelona has tapas; Bilbao has pintxos (and they’re just as good). Head to one of the city’s main arteries, Calle Ledesma, and make a night of toasting cocktails and eating croquetas and jamón. While you’re in town, also set aside time for a big meal or two. Michelin-starred restaurants abound here, but even at the little backstreet places you can enjoy a traditional dish featuring the Basque kick of garlic, smoked paprika, and salt.

Check out the art deco Mercado de la Ribera for more great food — if markets in general are your thing, head to the city’s weekly street market for all the vinyl records you can stash in your backpack.

Aside from its food scene, this city of 345,000 is most famous for the modern architecture that transformed it from an industrial backwater into a thriving metropolis. The “Bilbao effect” was ignited by the unveiling of Frank Gehry’s stunning Guggenheim museum in 1997. The Zubizuri bridge by Santiago Calatrava and the Philippe Starck-designed cultural center are also eye catching.

Oh, and if the Bay of Biscay starts calling? The wide, blonde beach at Getxo is only a 20-minute drive away. 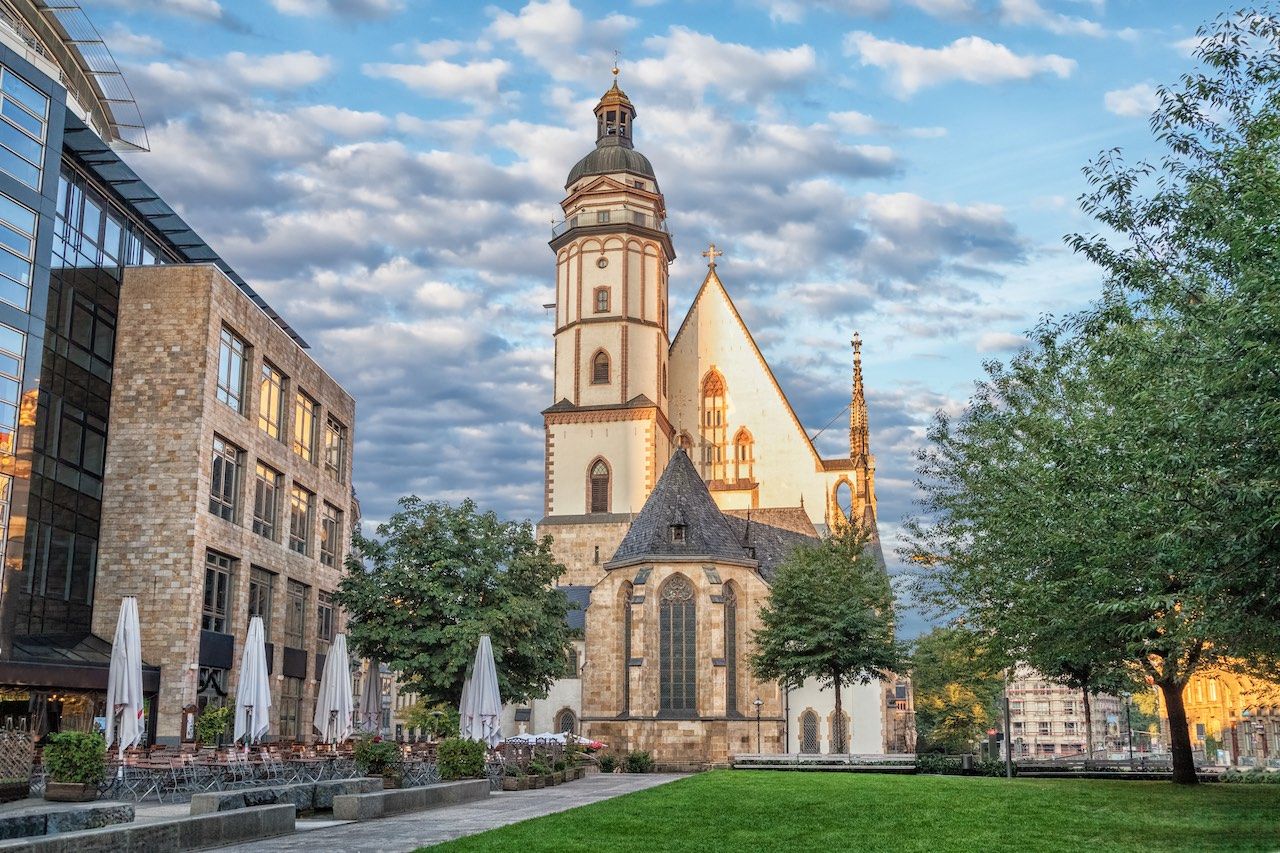 Leipzig has been accorded the title of “the New Berlin” by the media for at least the past decade. Formerly part of East Germany, the city’s once-empty factories are being converted into artists’ studios; vegan restaurants are popping up everywhere (and they’re some of the best in the country…lookin’ at you, Zest), and techno clubs like Distillery are giving Berghain and Wilden Renate in the capital a run for their money.

With a population of half a million, Leipzig deserves at least a long weekend. Rent a bike so you can ride through the Riverside Forest that runs through the heart of the city, then go swimming in Cospudener See (Cospuden Lake). You’re welcome. 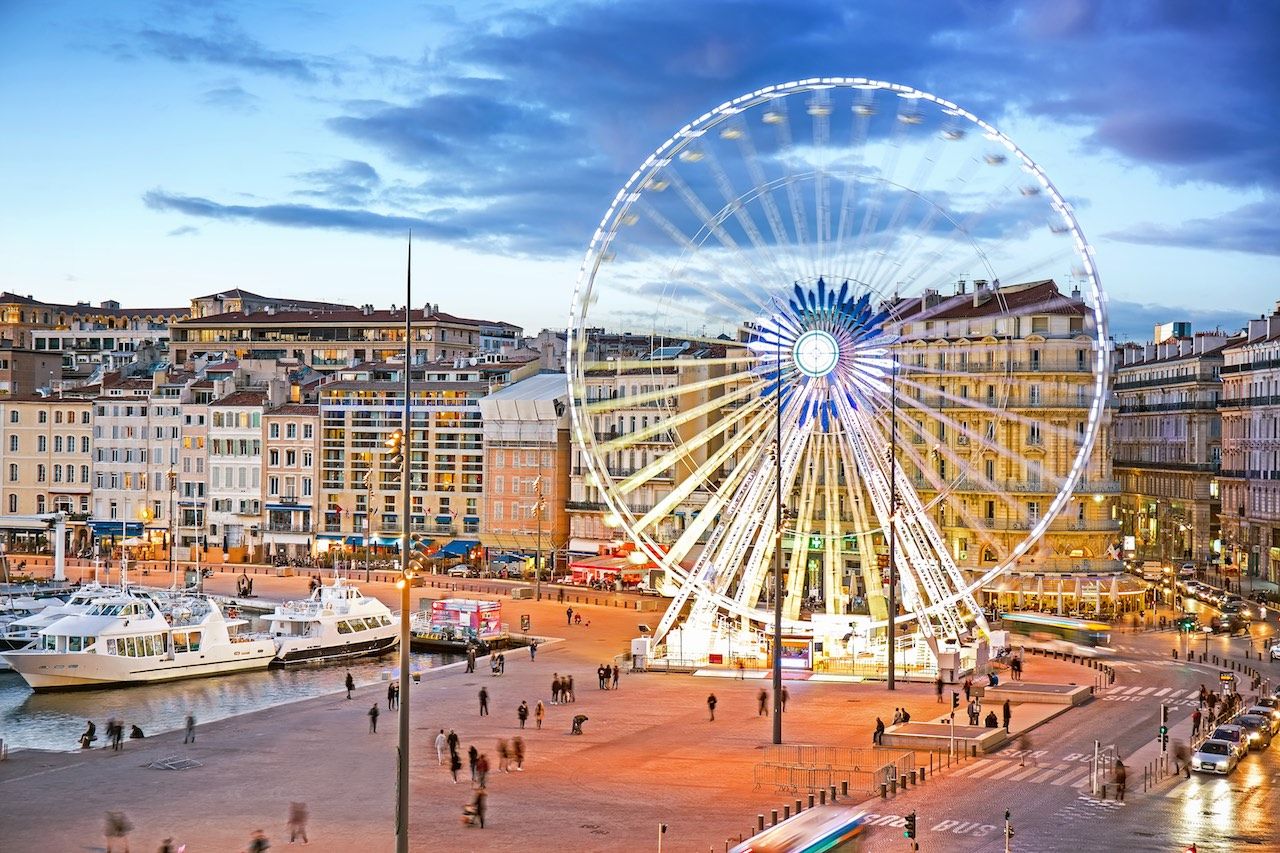 Marseille’s history goes back 2,600 years, to a time when the classical Greeks knew it as Massalia. Ever since, everyone from the Persians to the Romans to the Visigoths to the Vietnamese have left their mark on France’s second-largest city. With a population of 850,000, it shares a Provençal coastline with St. Tropez, but in Marseilles it’s more about slurping down giant bowls of bouillabaisse and hanging out on the local beaches than shopping on Chanel-filled boulevards.

Come wander the streets of Le Panier, the city’s oldest district, check out the Museum of the Civilisations of Europe and the Mediterranean (MuCEM), spend an afternoon at the rowdy port to watch the fishing boats come in with their catch of the day — in Marseille, say yes to it all.

This post is proudly produced in partnership with Lufthansa.
Tagged
Travel Bristol, England Marseille, France Lufthansa: Say Yes to the World
What did you think of this story?
Meh
Good
Awesome
✖
travelstoke
Download the mobile app
stoked by