Despite being influenced by the rest of Asia, Europe, and North America, Japan retains very rigid customs and traditions that have deeply ancient roots. I had the pleasure of living in Japan on two occasions, in two different cities, some years apart, which gave me insight into the incredibly unique modern-day Japanese culture. Every time I travel to Japan I learn a new lesson that I bring back with me to the US. Here are six of them. 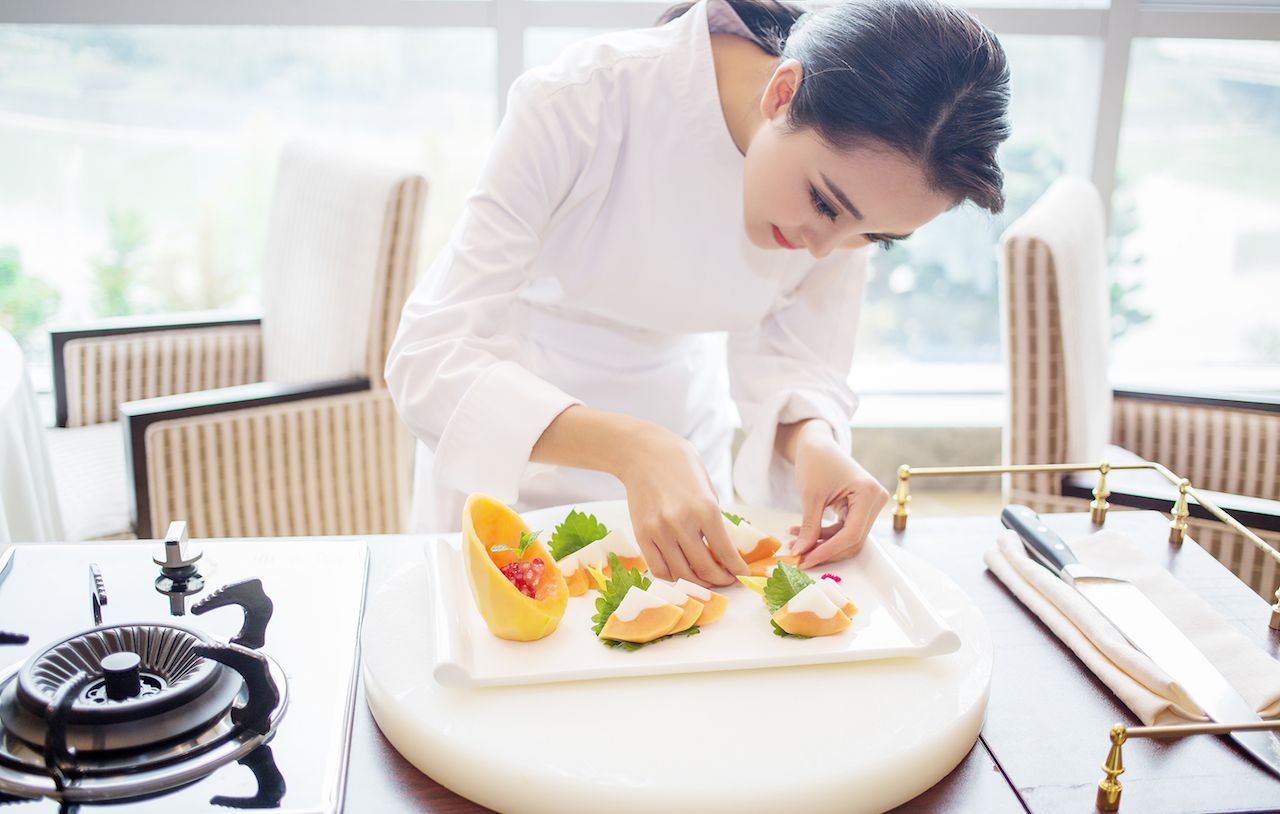 The Japanese word, omotenashi, is hard to define in English, but it can be loosely translated as “hospitality”. The philosophy of omotenashi embodies warm, honest service for the purpose of giving. Exceptional politeness exhibited by customer-service employees is a result of this cultural concept, not based on the expectation of a tip (there’s no tipping in Japan). When in Japan, you’ll notice that train station cleaners bow at departing trains and that welcoming staff at department stores, as well as taxi drivers, wear white gloves. These are just a few of the ways that omotenashi is reflected in modern Japanese society.

Meanwhile, in the US, no such concept compares to that of Japan. For decades our service industry has relied on tips as an excuse not to pay hospitality staff a decent wage. Without a transparent wage system, our servers’ hospitality often only extends to their success in making a target wage. If the US adopted an idea similar to omotenashi, perhaps our hospitality industry would become a little more democratic and we’d all treat each other a little bit better — without a promise of a kick-back. 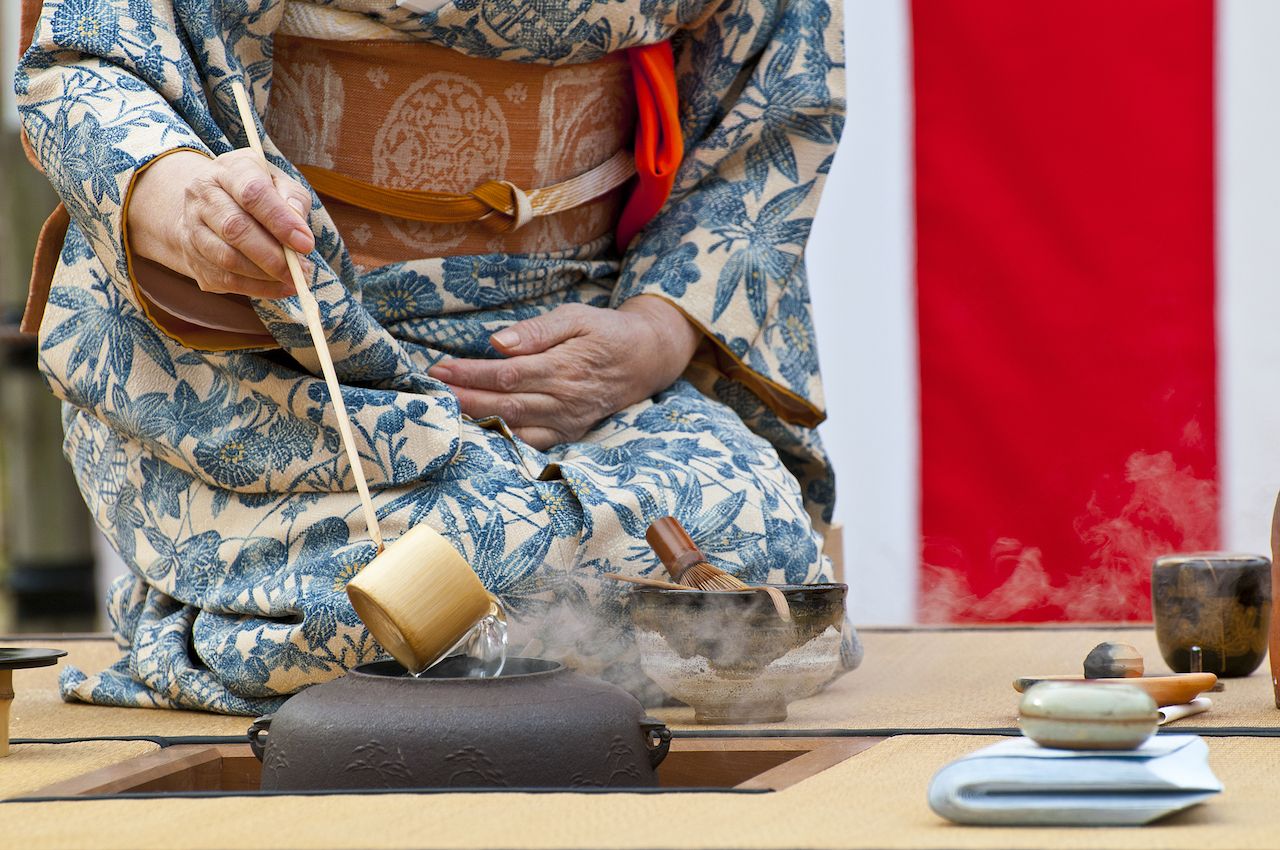 Wabi-sabi, describes the way in which one appreciates beauty in simplicity and decay, by accepting the natural cycle and imperfection of everything in this world. Wabi-sabi originates from Zen Buddhism. In stark contrast to the widely-held American values of extravagance and luxury, wabi-sabi embraces modesty. Japanese Tea Ceremony or Chado is the quintessential example of the wabi-sabi aesthetic. Ceramics used ceremonially are handmade: the texture of them may not be smooth, the glaze may be uneven, but these traits make the tea bowl more valuable than something that was produced by a machine because they’re expressive of the work that went into the creation. The US would benefit from a shift away from our culture of constant upgrading, which would not only save resources but would help us be more in tune with the natural world. 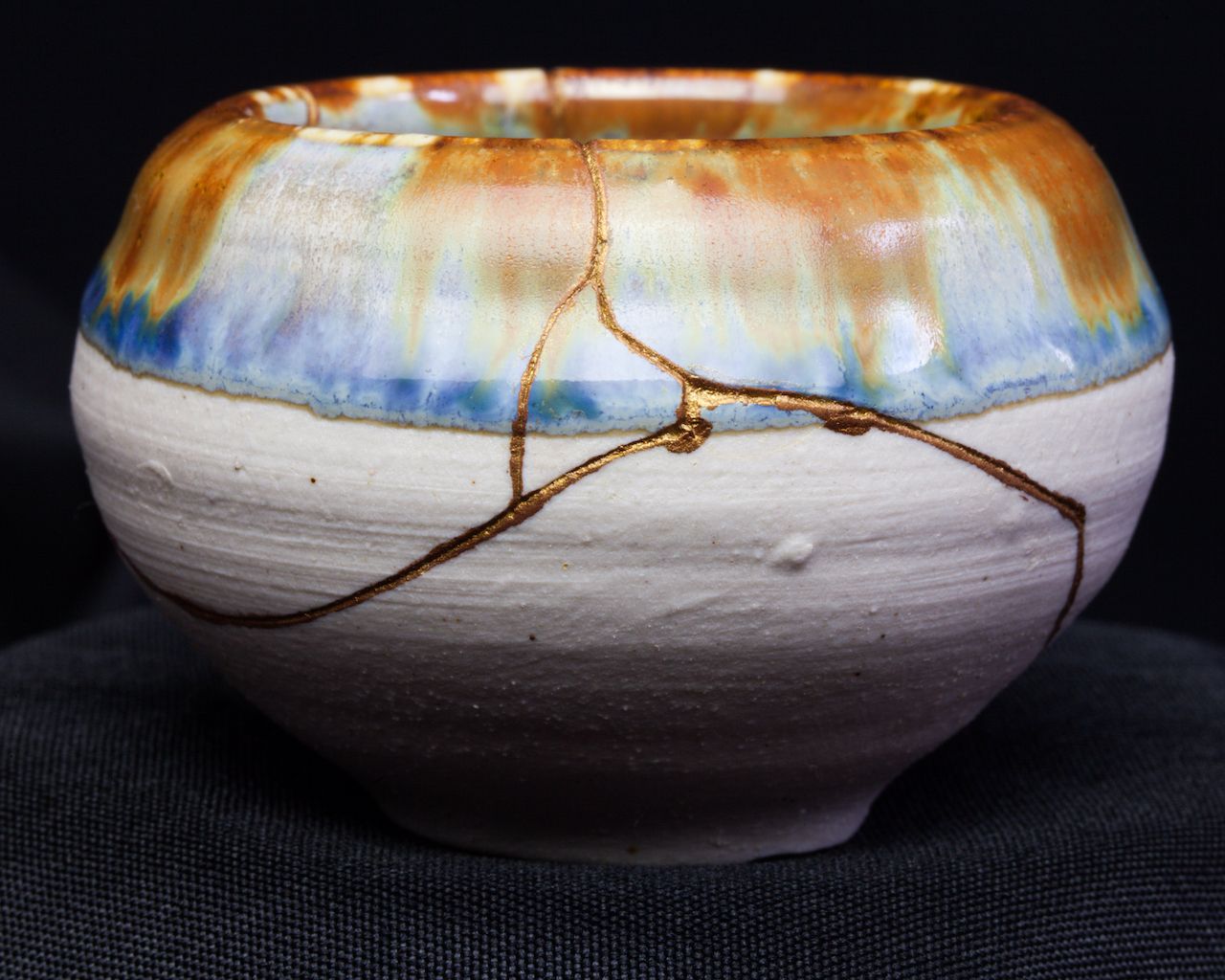 In the western world, we waste like there’s no tomorrow. In fact, The US is one of the world’s top producer of waste. Something breaks, we buy a new one. When something becomes dated, it goes in the trash. There’s a Japanese word, kintsugi, which has gained popularity in zero-waste communities here in the west in recent years. Kintsugi means ‘golden joinery’ and is commonly utilized for cracked or broken ceramics. The repair of the object is not seen as flawed, but rather as something of beauty, representative of the object’s history. The concept of kintsugi has also been popular with self-help and lifestyle therapists such as psychologist Tomás Navarro. His book Kintsugi: Embrace Your Imperfections and Find Happiness – The Japanese Way, talks people through how to apply the ancient principles of this art in their day-to-day lives. 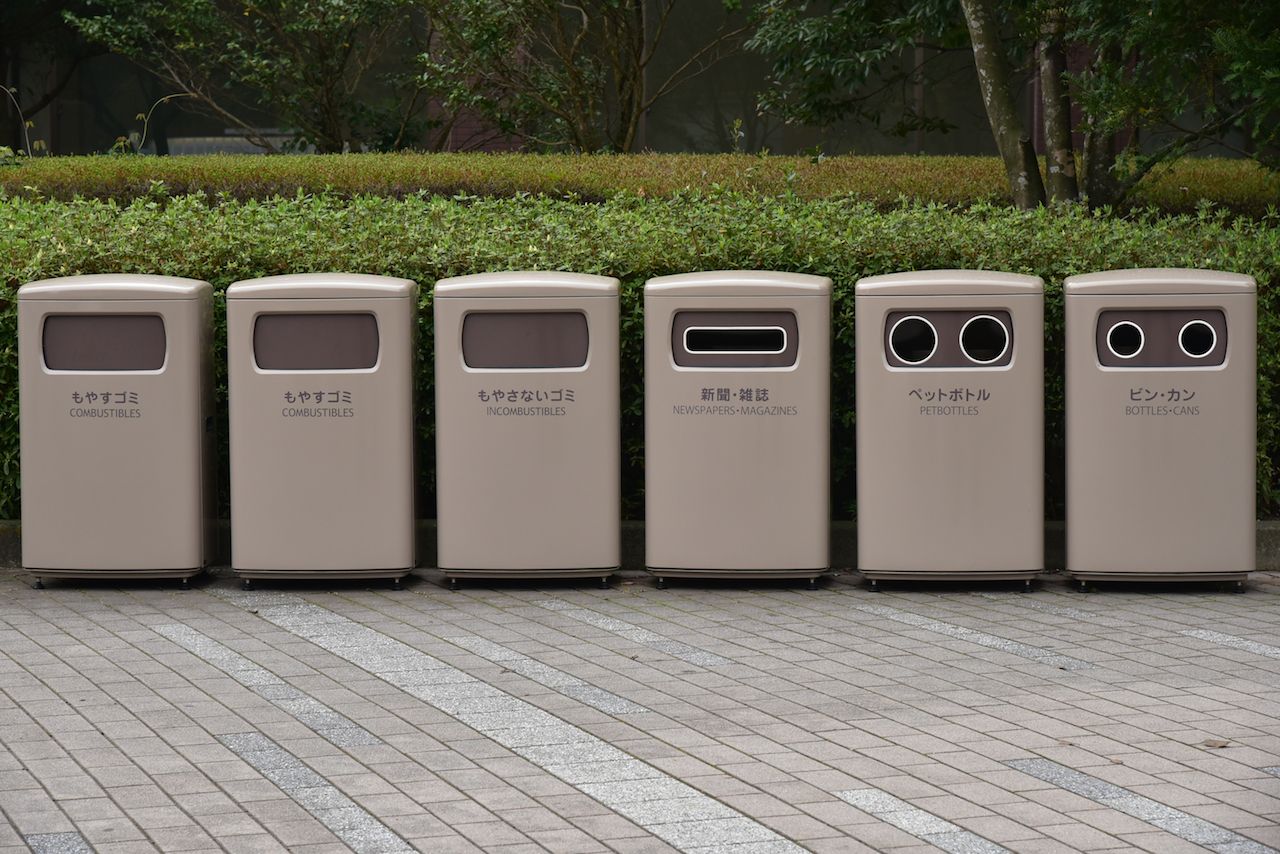 Japan is famous for its extensive recycling system and lack of public trash receptacles. When I lived in Japan, I was required to meticulously clean and sort all of my trash into over a dozen categories for the weekly trash pick-up. Memorizing said categories was the hard part. Each town in Japan has a different guide for their recycling and special transparent bags to put everything in. If you make a mistake when sorting, your trash may not be picked up that week, or, even worse, you’ll get fined. Recycling in Japan is no joke, their waste management model is well beyond that of the US, and should really be adopted internationally.

5. Public transportation from the future 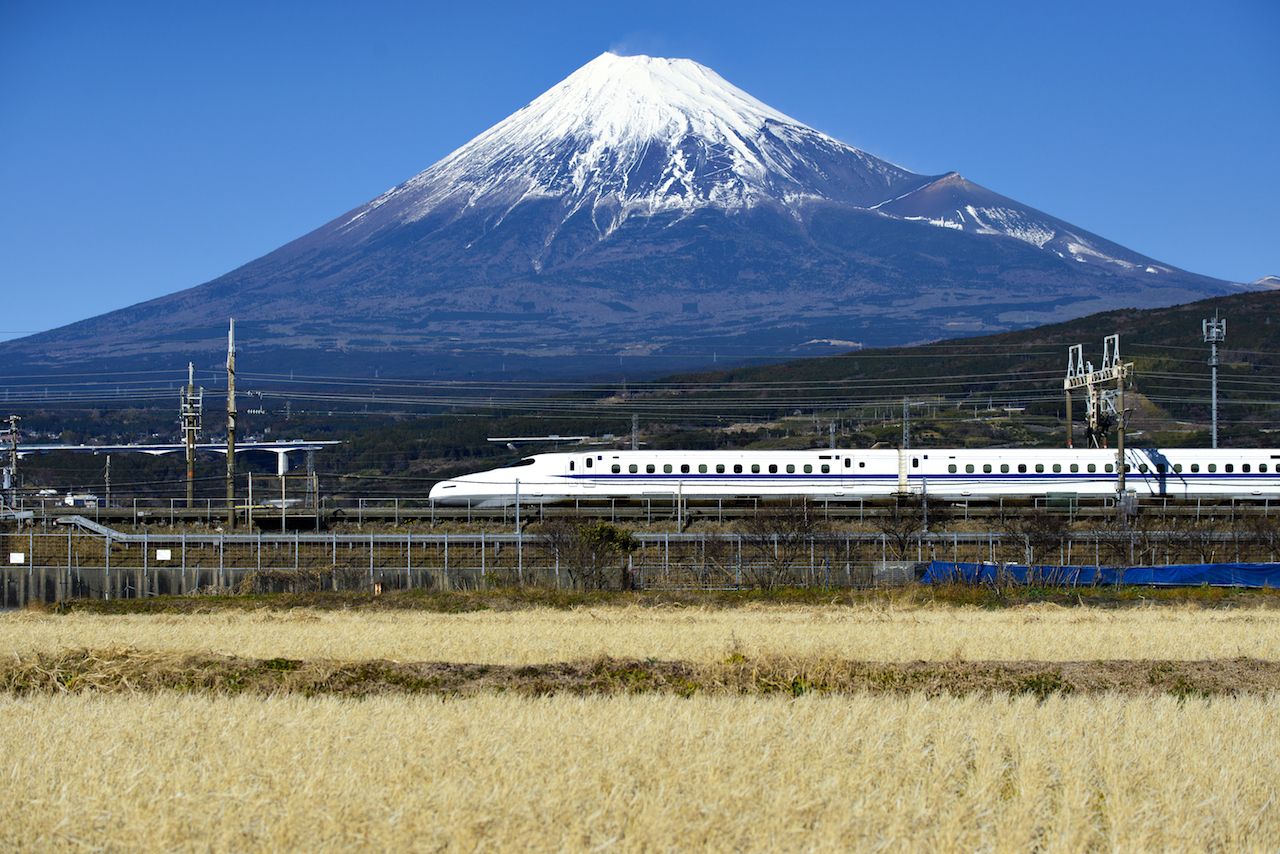 On top of the multifaceted rail systems that zip through the hearts of cities out to remote areas of the Japanese countryside, almost every station is immaculately clean. Prices are based on distance rather than a flat rate, like the New York City subway. There is a variety of trains at different speeds that travel to the same destinations, so you can select your transportation speed depending on your budget. For example, the most expensive trains are shinkansen (bullet trains). A shinkansen ride from Tokyo to Kyoto is a quick two hours, versus a five-hour ride on the slower trains, but you’ll pay double for the convenience.

The US is designed for cars, which has negative effects on the ozone layer and contributes to the US holding the second-place ranking in the world for carbon dioxide emissions. With more efficient public transit, we could simultaneously reduce our emissions and traffic. Japan’s privatized train systems are a prime example of profitable and effective public transportation. Their use is incentivized by pricey highway tolls and high gas prices. Of course, the US is much larger than Japan, but the Japanese model could be applied to American cities and expanded if proved economically viable. 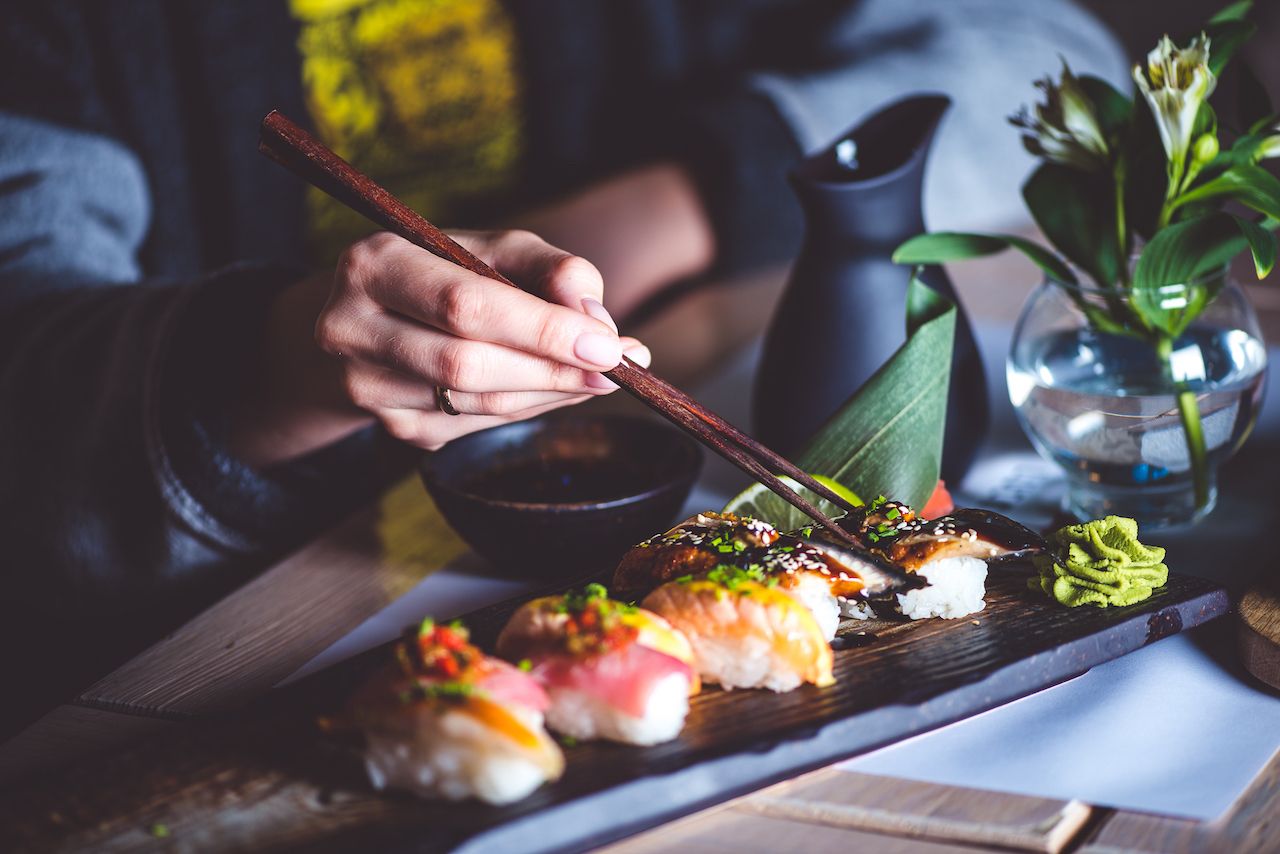 Japanese staple foods include rice, fish, soups, soybean products, noodles, and loads of vegetables. Unlike the red-meat-heavy diets of Americans, Japanese eat smaller portions of more healthful ingredients. Meals in Japan are of a modest size when compared with their US counterparts. In Japan, there’s a saying, “Hara Hachi bu”, meaning “only eat until you’re 80% full”. Overall, Japanese foods contain less sugar, oil, and fat. Their preparation is likely to consist of either boiling, grilling, pickling or just eating raw. Japan has one of the lowest obesity rates in the world. The nation’s notoriously high life expectancy can be partially attributed to their diet. On top of that, Japanese food changes with the seasons, which is not just comforting, but better for the environment.

TravelThis Town in Japan Produces No Trash. Here Is How You Can Do It Too.
Tagged
Japan
What did you think of this story?
Meh
Good
Awesome