Kenya is home to the Big Five: the lion, leopard, rhino, buffalo, and elephant. With its vast national parks, breathtaking landscapes, and the Masai culture synonymous with the country’s tourism, doing a Kenyan safari is an unforgettable experience and for many, a once-in-a-lifetime opportunity. Although a Kenyan safari is centered on seeing the Big Five, it’s also a cultural experience enhanced by the country’s people.

Thanks to the country’s rapidly growing tourism industry and the cordial relationship with the US government, US travelers are currently able to take a safari with few restrictions. From how to book your trip to what to expect to where to stay, here’s everything you need to know about organizing a Kenyan safari. 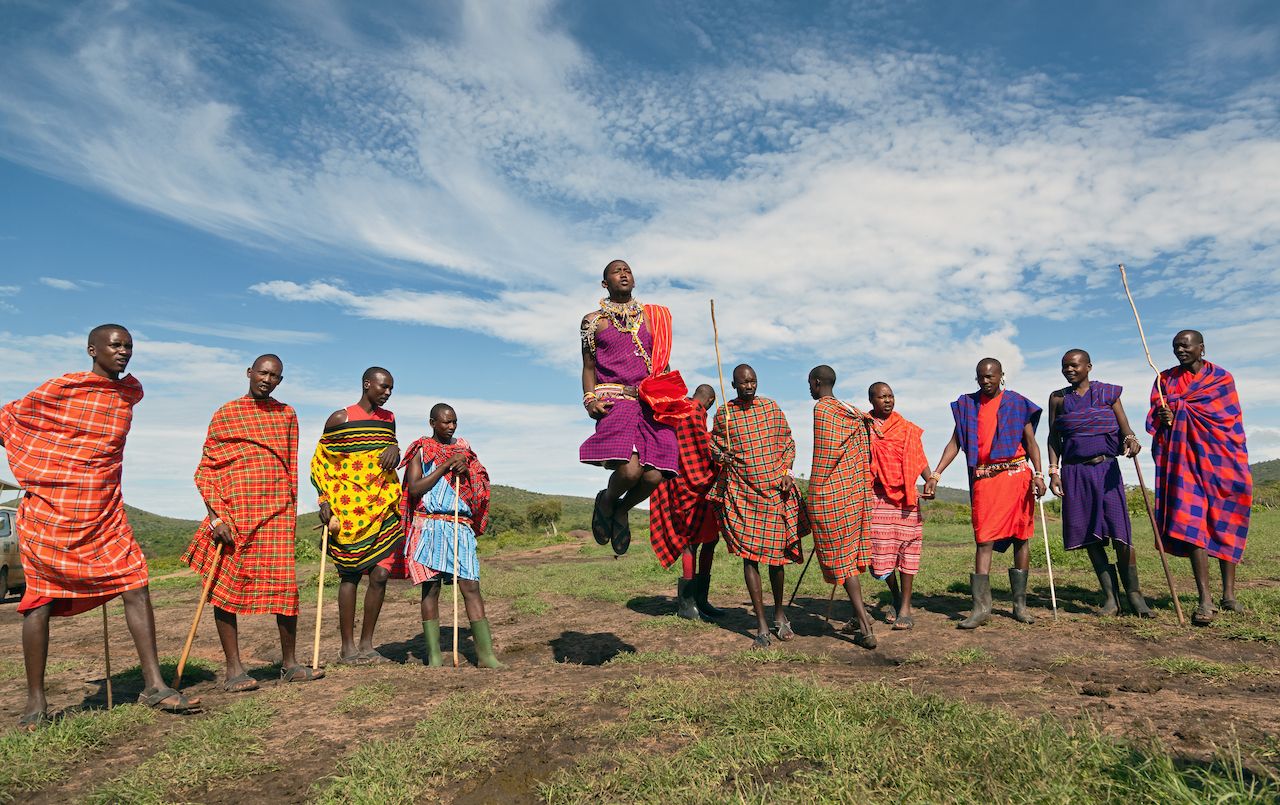 Forget about Disney’s move to trademark the saying “Hakuna Matata” as it remains Kenya’s signature welcome to tourists. Like the friendly greeting “Jambo Kenya, Hakuna Matata” (welcome to Kenya, there are no worries) suggests, Kenyans are indeed very warm people. As well as the national language of Swahili, many Kenyans speak English so you don’t have to worry too much about a communication barrier. That said, you may find it interesting to learn a phrase or two from the different regional languages you may encounter during your safari. 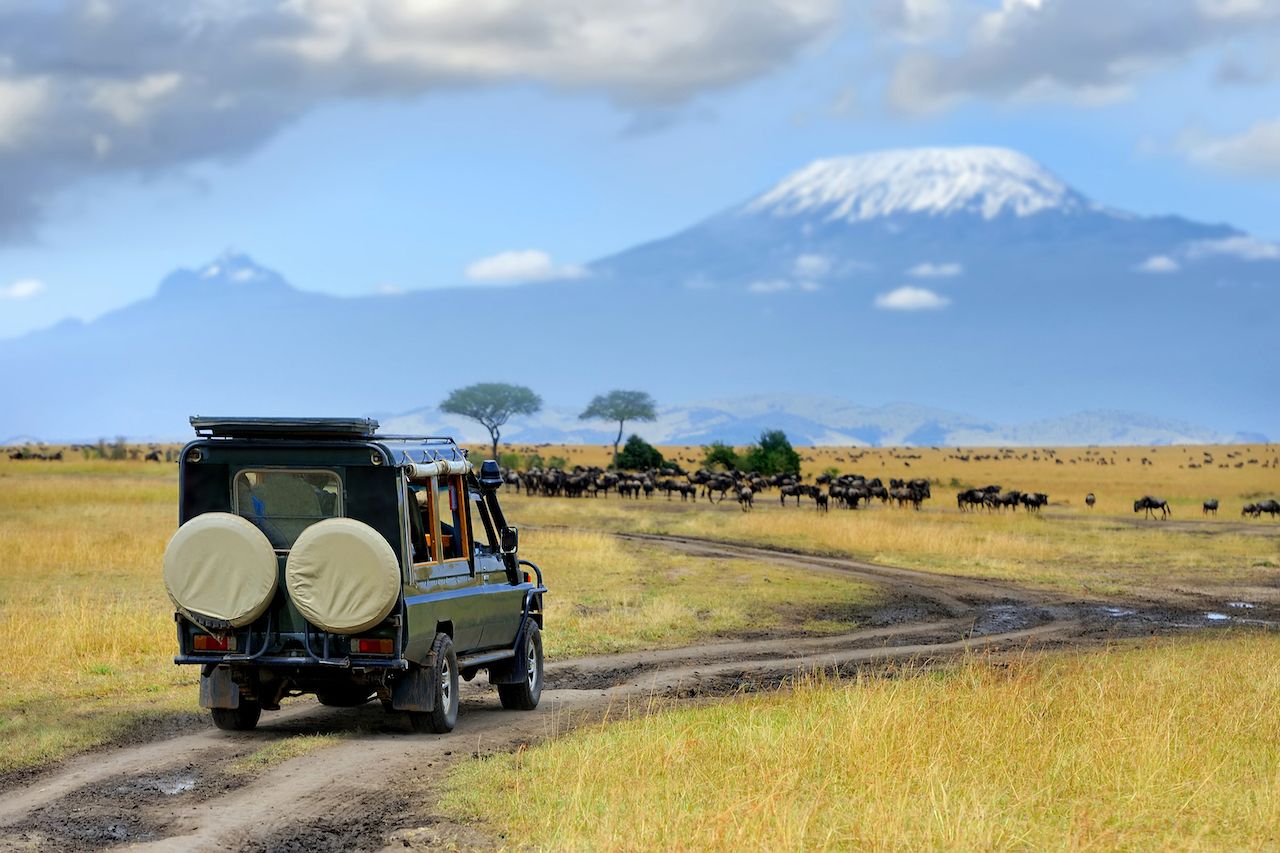 We recommend booking a safari through a reputable and knowledgeable local tour company. Not only do they have the experience, but due to the Kenyan government’s incentive to support the local economy, booking through an agent on the ground can save you money. These companies ensure that all your travel needs are met, such as airport pickups, hotel transfers, photography of your trip, game drives, tour guides, meals, and park fees.

Bonfire Adventures is one of the best tour companies both within Kenya and in Africa, with affiliate representatives around the world. It has fantastic rates and discounts for individuals and groups, making family travel more affordable. Other top-rated tour companies include Zunguka Africa Safaris, Bountiful Safaris, Akothee Safaris, and Schon Safaris. However, the fast-growing local tourism industry has created more than 400 travel and tour agencies that keep the national companies in stiff competition with one another.

Kenyan safaris also offer an opportunity to visit different areas of Kenya while traveling by either road or via a light aircraft. If you’re interested in seeing the diverse landscape, traveling by road is a must and is also more cost-effective. That said, if you’re tight on time and would rather travel by air, there are a few internal flights that reward you with an aerial view of the Kenyan countryside. Depending on your budget, opting for support from a trusted local agency will elevate your safari experience and actually save you money.

The Masai Mara National Reserve has the Big Five and more 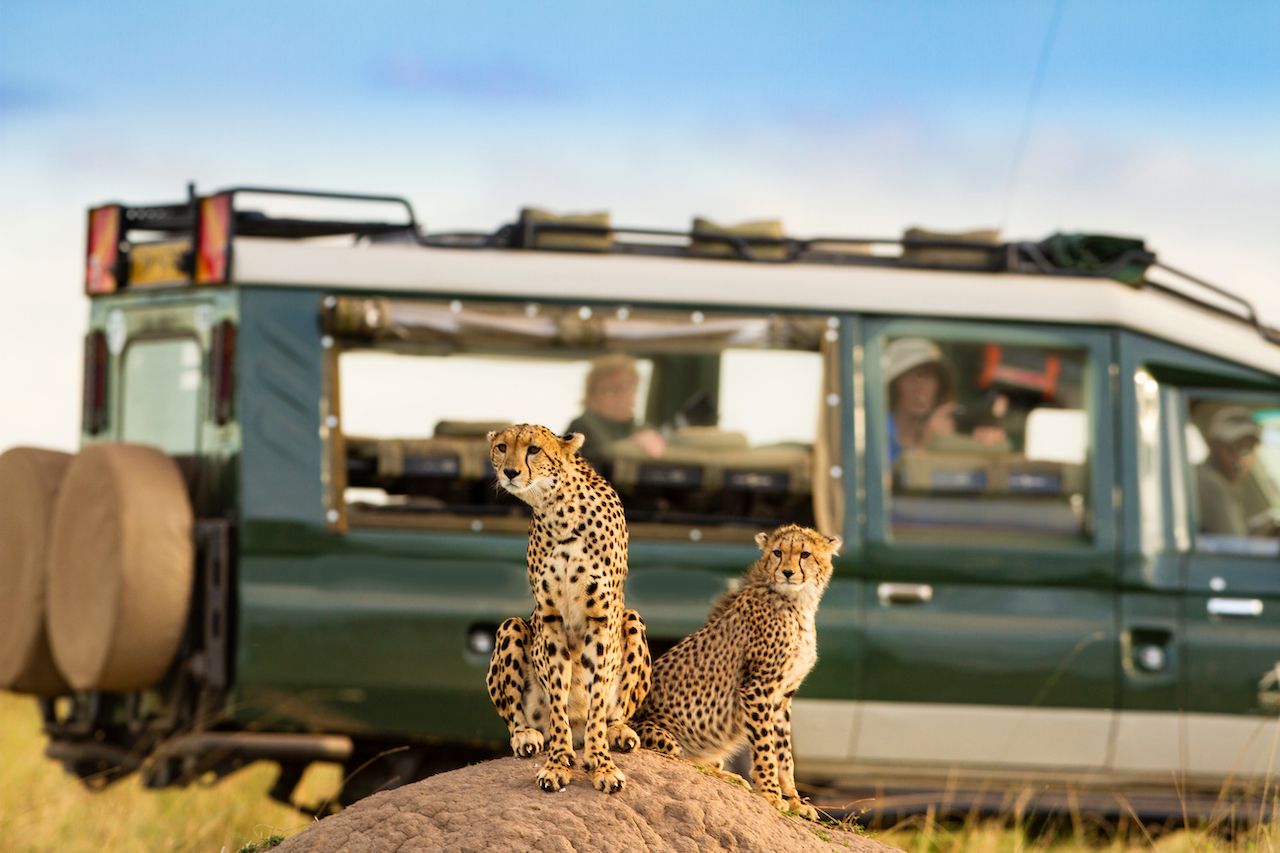 Masai Mara National Reserve is often the highlight of Kenyan safari destinations, as it’s home to a huge range of wildlife and breathtaking vistas. Located in the southwestern part of Kenya near the Tanzanian border, it’s one of the most visited parks in Kenya, with an estimated 300,000 annual visitors.

The expansive reserve offers you a chance to see the Big Five, as well as giraffes, zebras, hippos on the Mara River, monkeys, hundreds of birds, cheetahs, wolves, foxes, the African hare, and the bush baby. The protected land is divided into two sections, the Greater Mara and the Mara triangle. The Greater Mara is the most popular as it’s home to abundant wildlife but if you want to see the black rhino, you’ll have a better chance of doing so in the Mara triangle.

Consider a Kenyan safari between July and September 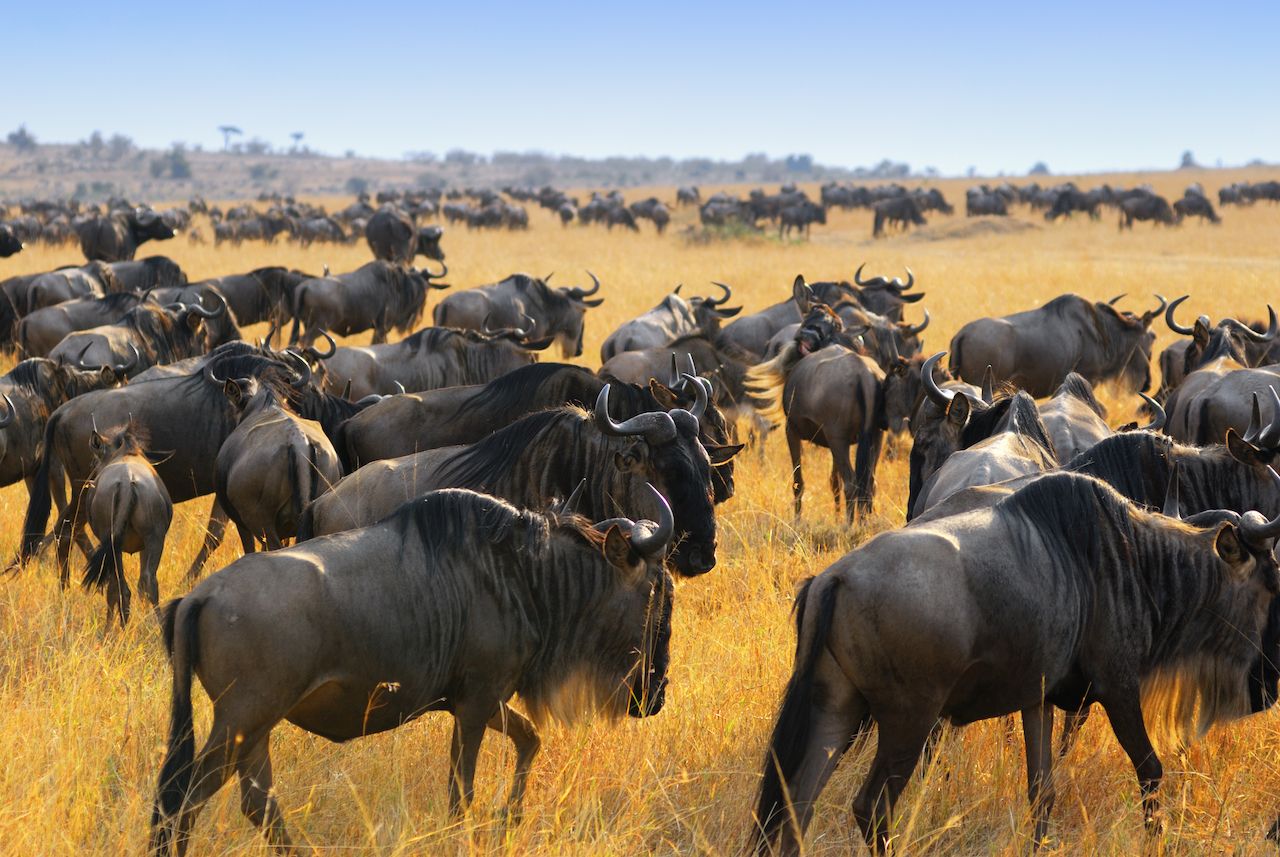 Between mid-July and late September, Kenya sees an annual migration of over two million wildebeests and zebras that cross from Serengeti National Park in Tanzania to Masai Mara National Reserve.

During this migration period, tourists get a chance to watch herds of wildebeests, which is a spectacular experience. Although the animals are constantly moving in droves, you’ll want to inquire ahead of your safari to make sure you can book an excursion with a game vehicle. Do this in particular if you’re traveling with young children to ensure they can enjoy watching this natural phenomenon from a safe distance. 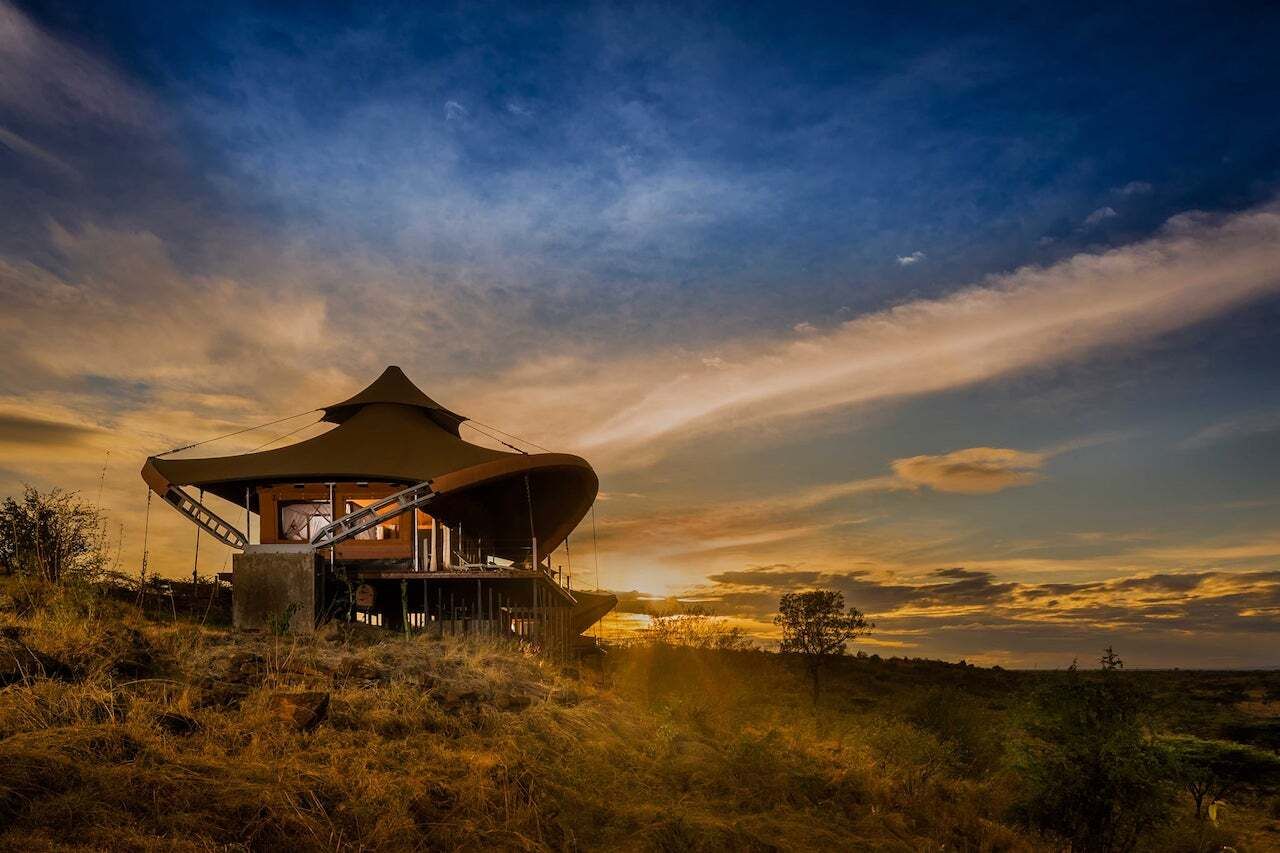 Most accommodations range from $300 for a three- or four-star hotel to as much as $3,000 for five-star luxury per night.

Again there’s a huge amount to choose from and a local tour company will point you in the right direction, but if you’re interested in splurging, the award-winning Mahali Mzuri Safari Camp and the Fairmont Mara Safari Club are top of the market.

The Masai Mara Budget Tented Camp is pocket-friendly and costs about $300-$400 per night, making it a family favorite. Other affordable camps and lodges include Emayian Luxury Camp, Siana Springs, Sarova Mara, and Elephant Bedroom Camp. If you’re booking a group or family safari, most lodges will give you a discount depending on the duration of your trip. 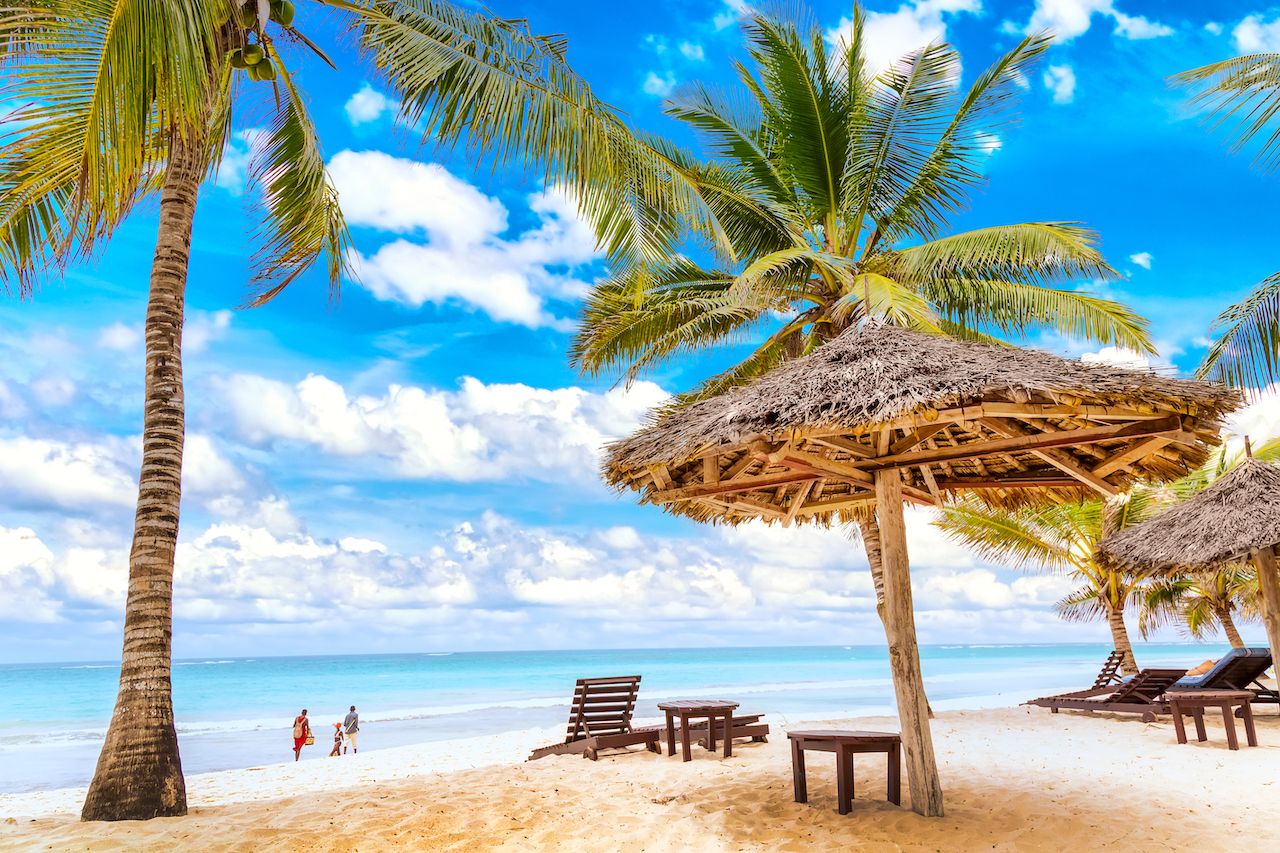 Although Kenya’s national reserves are spectacular, the country is also home to a breathtaking coastline with lovely small towns. Diani Beach in the south, for example, has been voted Africa’s leading beach destination since 2015. The pristine beaches are vast and are peppered with some of the best restaurants in the country offering classic Swahili dishes.

You may also opt to visit Kenya’s north coast, which is home to notable attractions such as the Mombasa Butterfly House, the archaeological site of Gedi in Malindi, Watamu Marine National Park and Reserve, and World Heritage Site, Fort Jesus which was built by the Portuguese in the 16th century.

WildlifeThe World’s 7 Big Cats and Where To See Them in the Wild
Tagged
National Parks Travel Wildlife
What did you think of this story?
Meh
Good
Awesome