Traveling by plane is more often than not a nightmare — especially if you fly economy. To try to make passengers’ journeys as enjoyable as possible despite the obvious lack of comfort and decent food, airlines bank on aircrafts’ appearances and create wow factors with amazing liveries and cool interior decoration. Here are seven airlines that go above and beyond to snazz up their decor and deliver a pleasant in-flight experience to their customers. 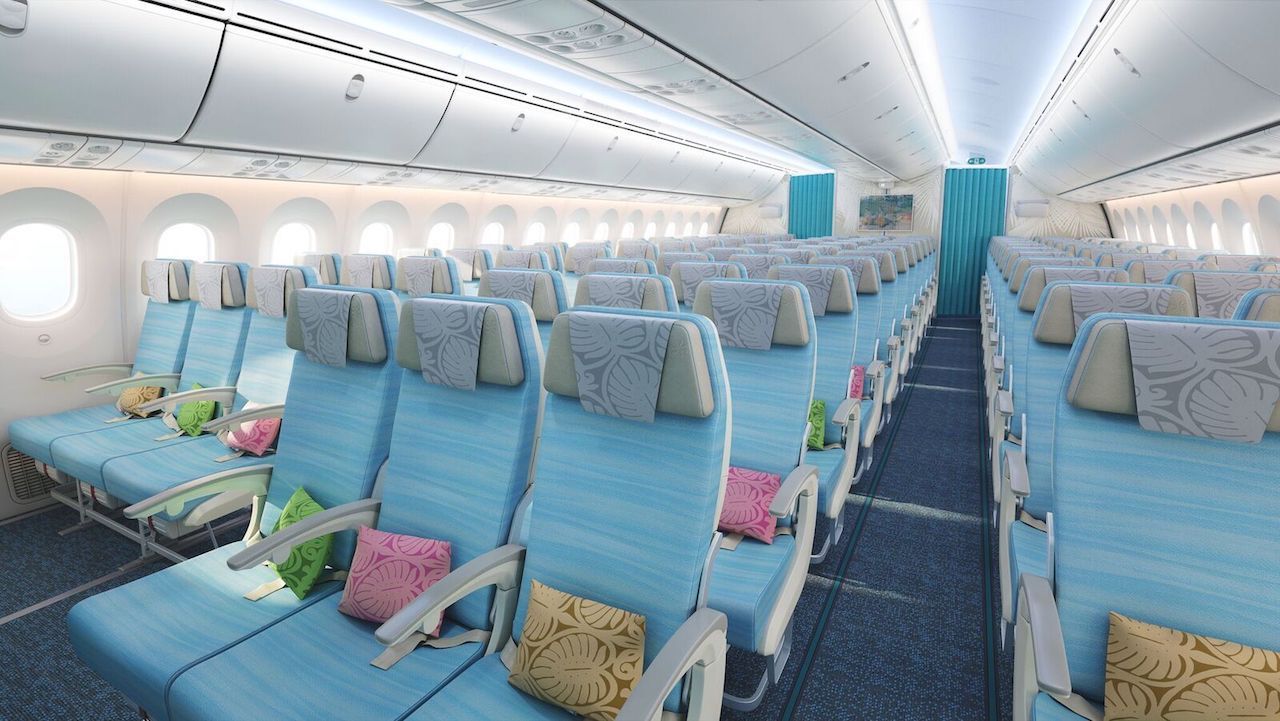 Air Tahiti Nui will freshen up its entire fleet with brand-spanking-new 787-9’s in 2019. Each of these new aircraft will bear a cool new livery and have a cabin that screams white-sand paradise beach vacation. The new livery will be filled with elements of Tahitian culture, such as a tiare flower on the tail and a collection of tattoos on the rear end of each aircraft. The inside will also be a beautiful reflection of French Polynesia; from business class to economy, passing through the galley, decals, colorful seats, and pretty cushions on the Tahitian Dreamliners will make you feel a lot more like you’re on the beach and a lot less like you’re in a metal bullet. 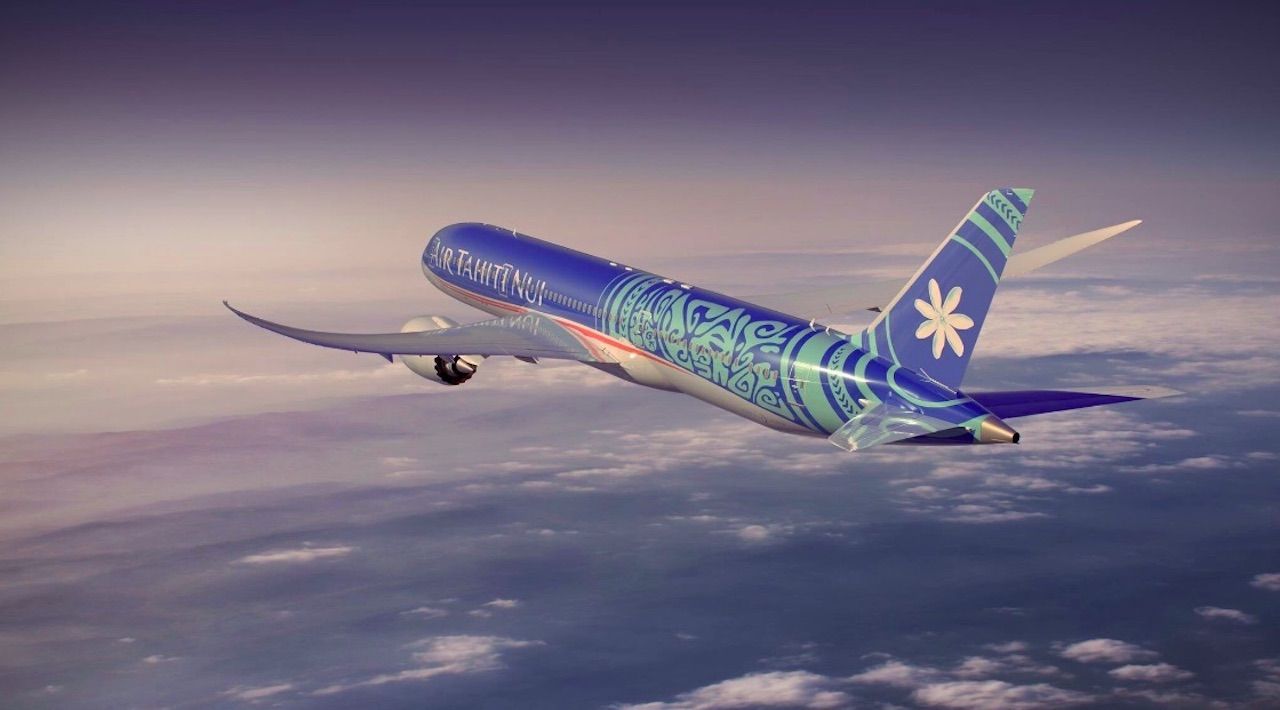 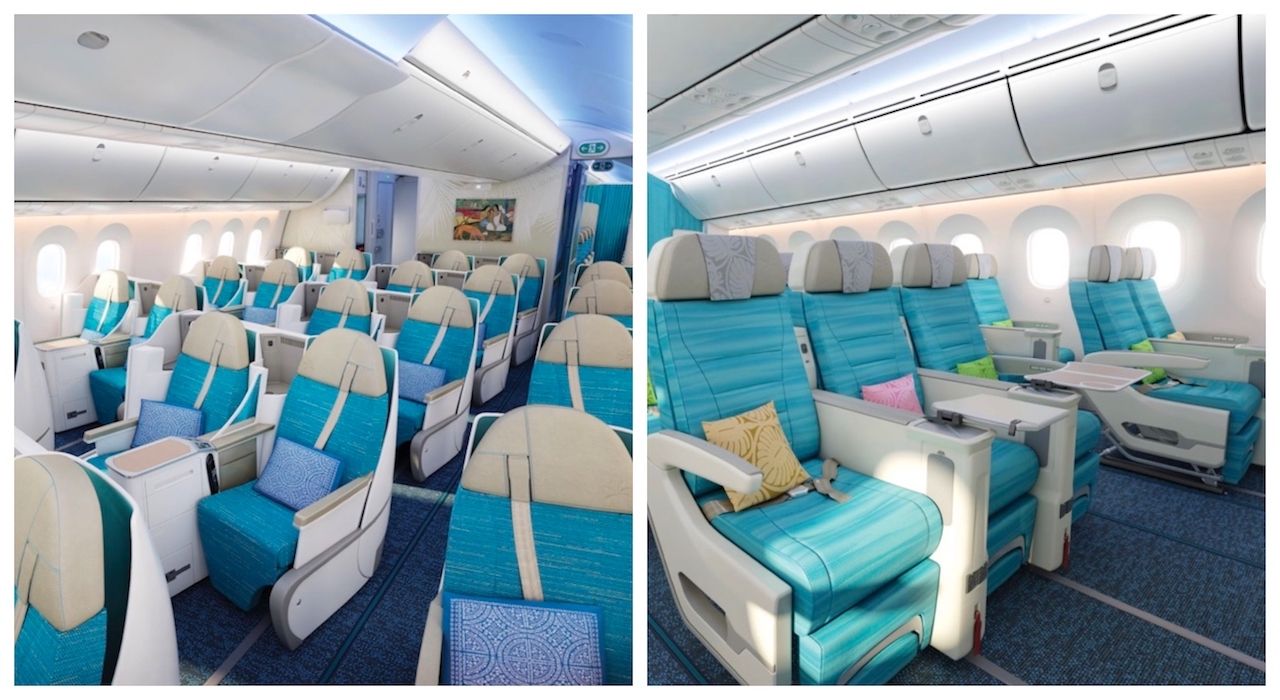 To learn more about the meaning of each tattoo and the incorporation of other cultural details on the livery, check Air Tahiti Nui’s press release on World Airline News. 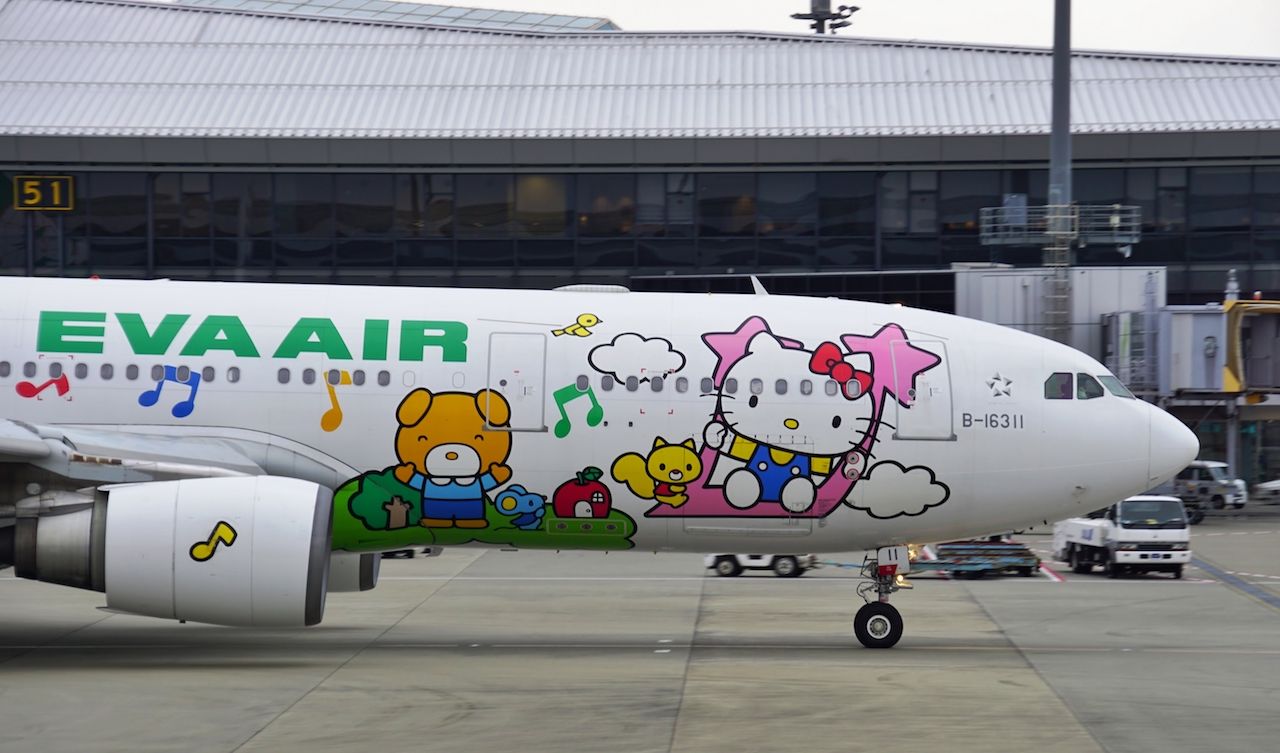 The Taiwanese carrier’s regular aircraft are plain boring, but its Hello Kitty EVA Air jets are the bomb. Whether you are a fan of this cute Japanese cat or not, a flight on one of the airline’s Hello Kitty-themed airplanes is sure to be entertaining. The whole Hello Kitty madness starts at the airport (only at Taoyuan International Airport Terminal 2) where the self-service check-in kiosks and the boarding area are entirely decorated. The boarding passes and luggage tags passengers are given are also on theme. Of course, the seven Hello Kitty Eva Air jets have special liveries and crazy interior decorations. With Hello Kitty cushions, Hello Kitty plastic glasses, Hello Kitty-shaped foods, Hello Kitty napkins, cutlery, headrest covers, menus, safety brochures, and even toilet paper and sick bags, you’ll spend so much time looking at these fun elements that you’ll probably forget that you’re 30,000 feet up in the air.

If you’d like to travel on one of EVA Air’s Hello Kitty jets, check out their itineraries here. 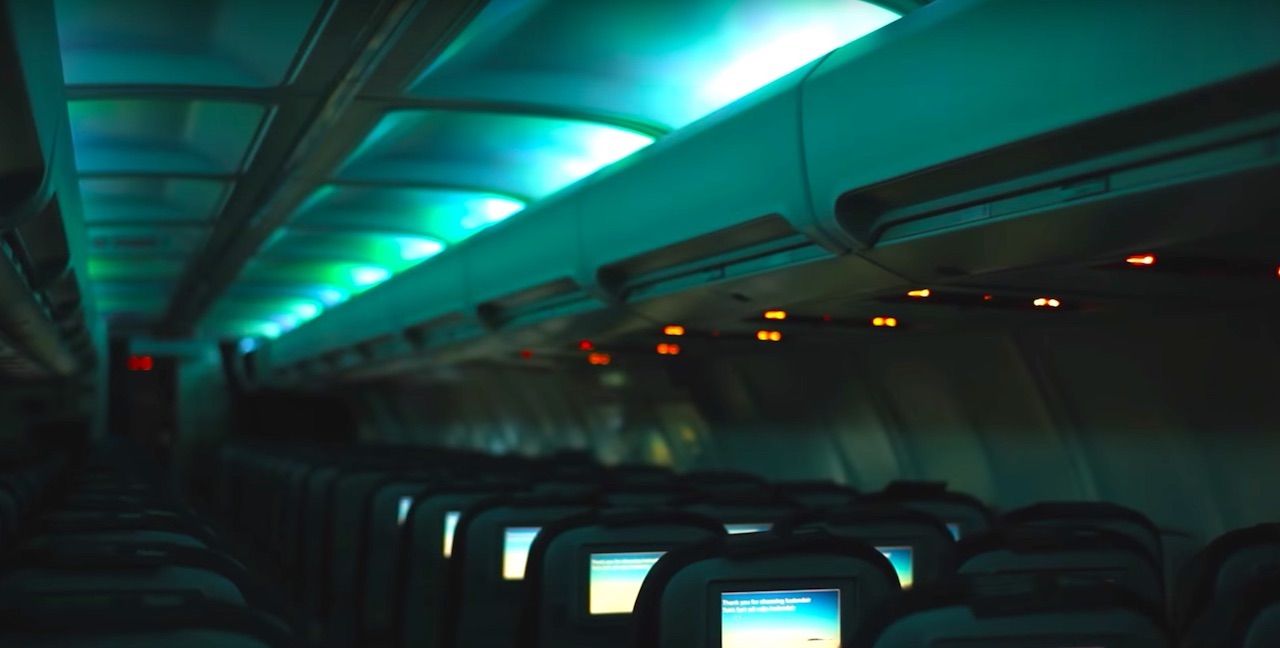 Icelandair has two aircraft wrapped in amazing liveries: the Hekla Aurora, which is painted to look like the Icelandic skies when they are lit up by the northern lights, and the Vatnajökull, which is decorated with images of the Icelandic glacier of the same name. Inside, both aircraft keep with the theme they display on the fuselage. Hekla Aurora’s ceiling is fitted with special green, blue, and purple lights that give passengers the impression that they are standing under actual northern lights. Vatnajökull is also fitted with atmospheric blue lights that are reminiscent of the colors you would see while exploring the ice caves of the largest glacier in Europe. Flying to Iceland on one of these airplanes is like watching a trailer for what’s to come during your trip. If you’re leaving, it’s truly the perfect send-off.

From gorgeous churches to crazy-looking cabins and beautiful subway stations, Nordic countries are known for their amazing design skills, and it’s no different when it comes to decorating airplanes. While Icelandair banks on its natural wonders, Finnair trusts the most famous Finnish design house, Marimekko, to make their aircraft pop with color. Since 2012, Finnair has had a Marimekko fleet fitted with special liveries — currently, two Finnair aircraft wear Marimekko patterns on their fuselage: an Airbus A350 with “Kivet” and an Airbus A330 with the classic “Unikko”. Since 2013, all Finnair flights have been equipped with Marimekko textiles and tableware. In business class, you’ll find cool blankets, pillows, china (the teapots are gorgeous), and amenity kits (with special slippers and a tote bag); you’ll get about the same, although less fancy (think paper cups and napkins instead of actual mugs and cloth), in economy. Marimekko household items are such a staple in Finland that you get a great insight into Finnish culture just by flying with Finnair. 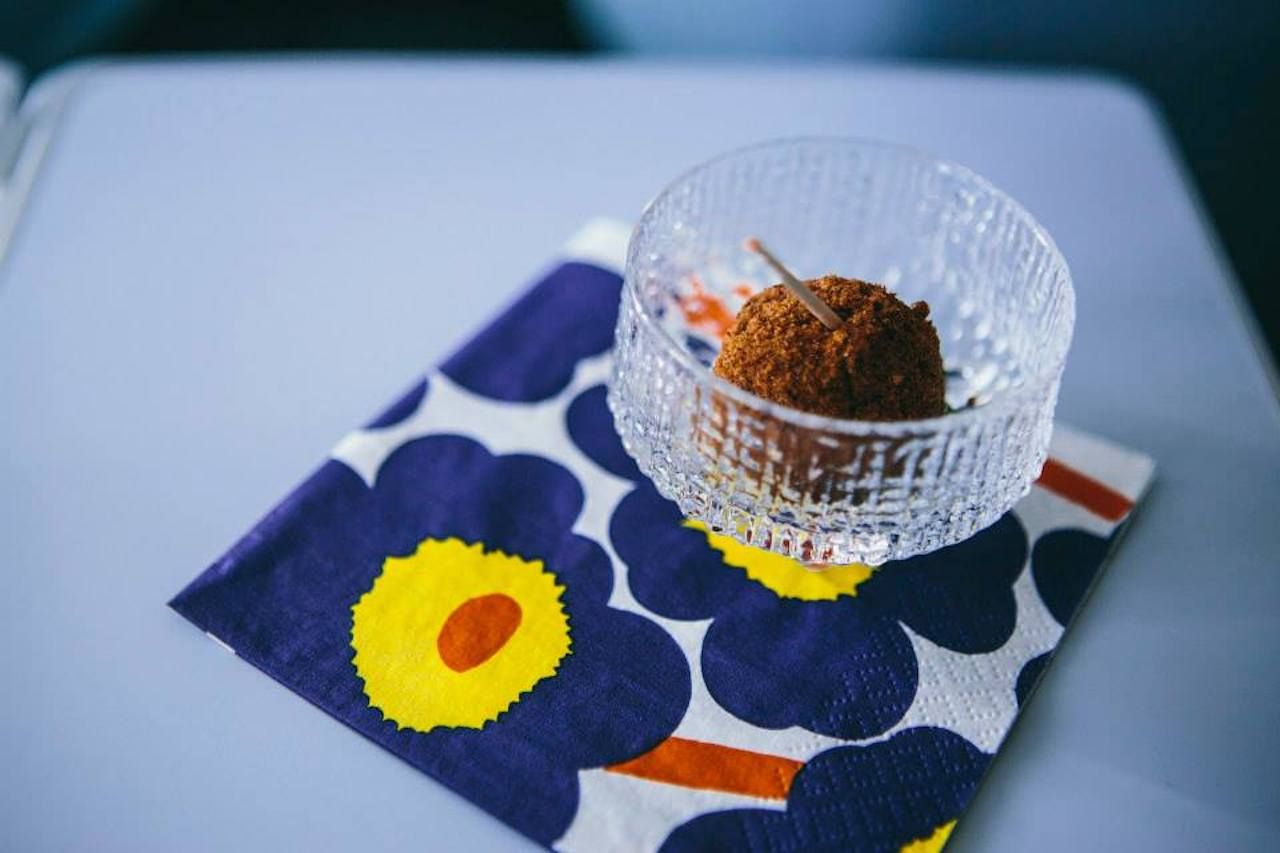 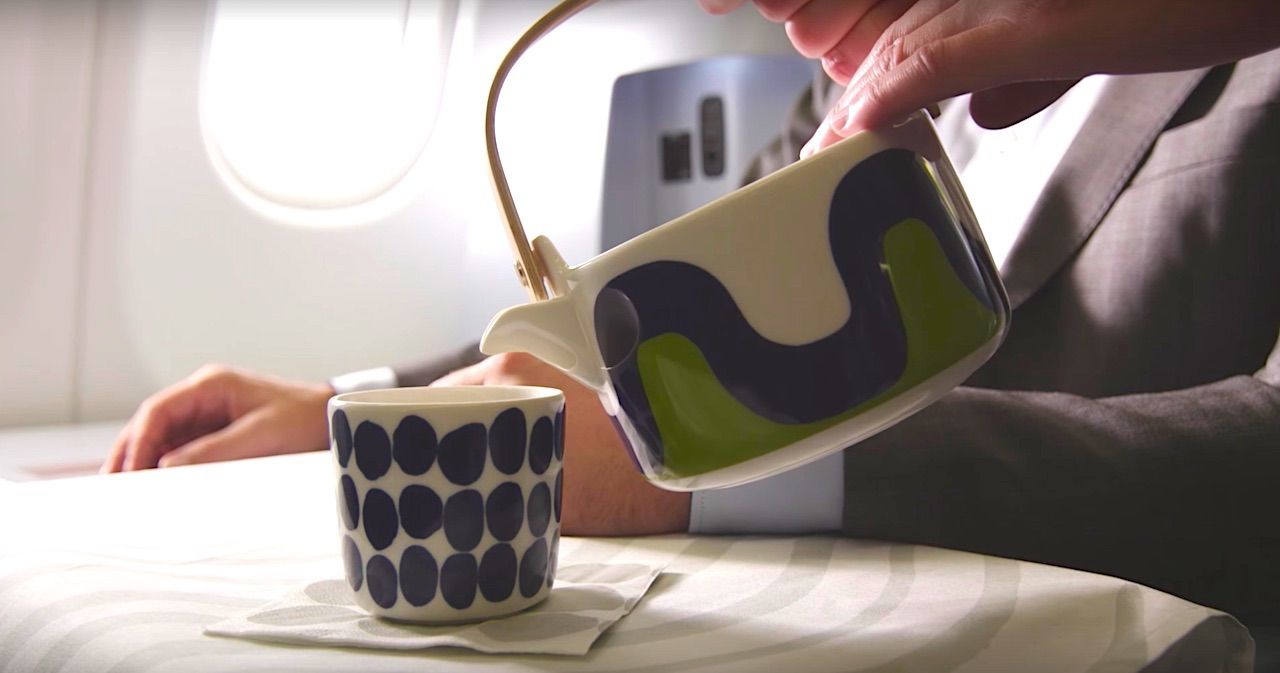 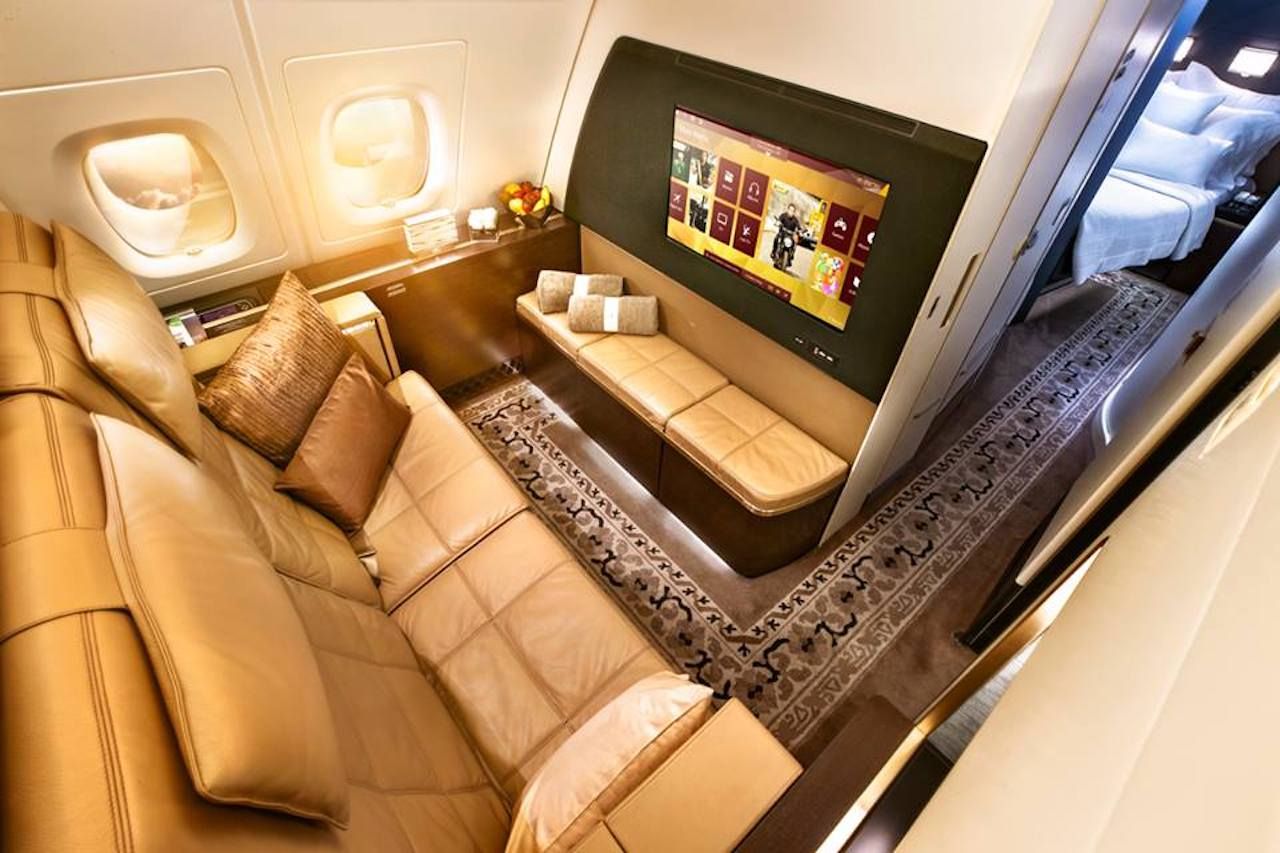 Etihad Airways has four different classes on its A380s: Economy Class, Business Class, First Class, and The Residence. It goes without saying that three out of these four are inaccessible to most travelers, but it’s still worth showing the unbelievable measures Etihad Airways takes to make those who can afford it super comfortable. Although the economy class is far from shabby, The Residence, a three-room suite in the sky, is out-of-this-world fancy; it has a living room, separate bedroom with a double bed, and an ensuite shower room. The glassware from which the lucky passengers drink champagne is designed by Vera Wang, and the bed linens are from Pratesi of Italy. Obviously, there is a private butler and breakfast in bed for those who book The Residence. We would all love to be able to fly in this luxurious hotel room in the sky and have a decent sleep followed by a shower after a long flight, but prices are absolutely insane, so we’ll just look and be envious for now. 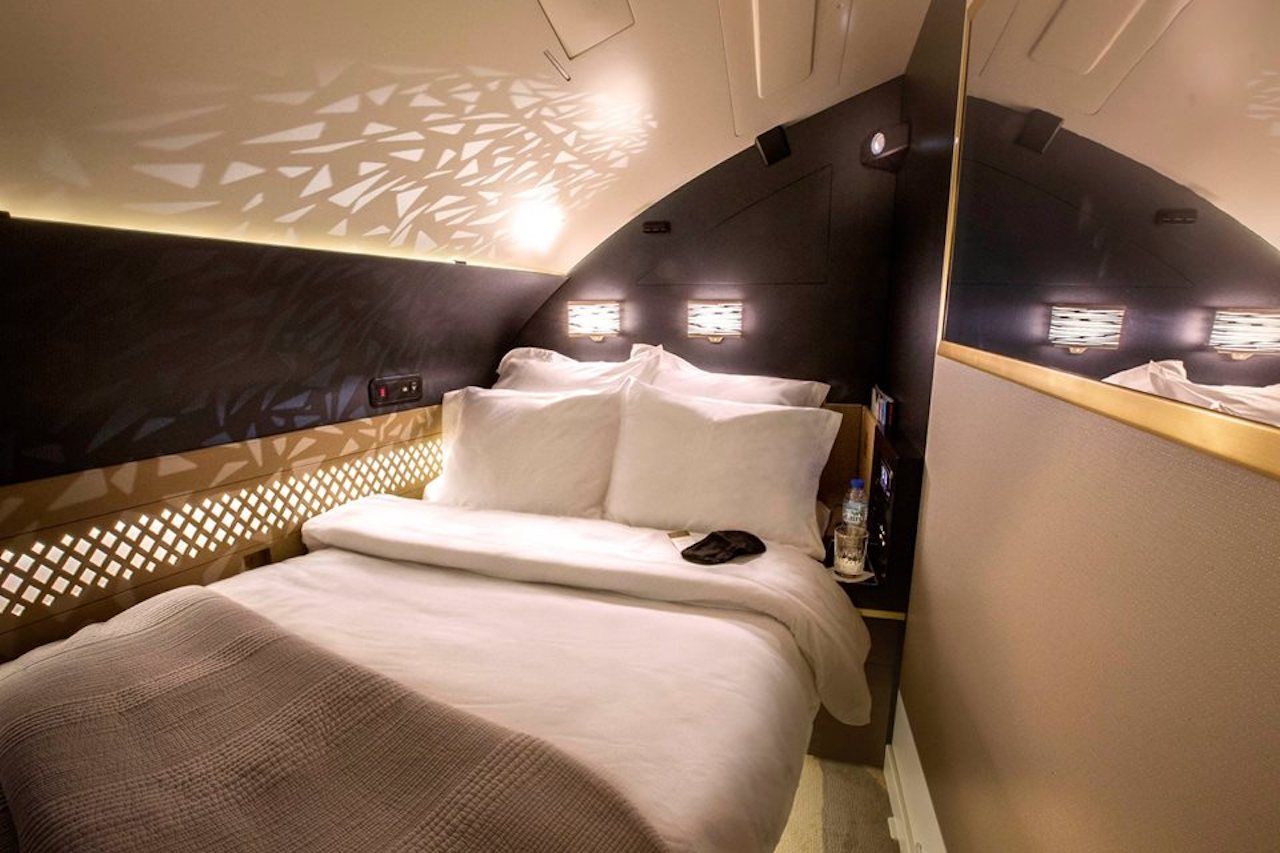 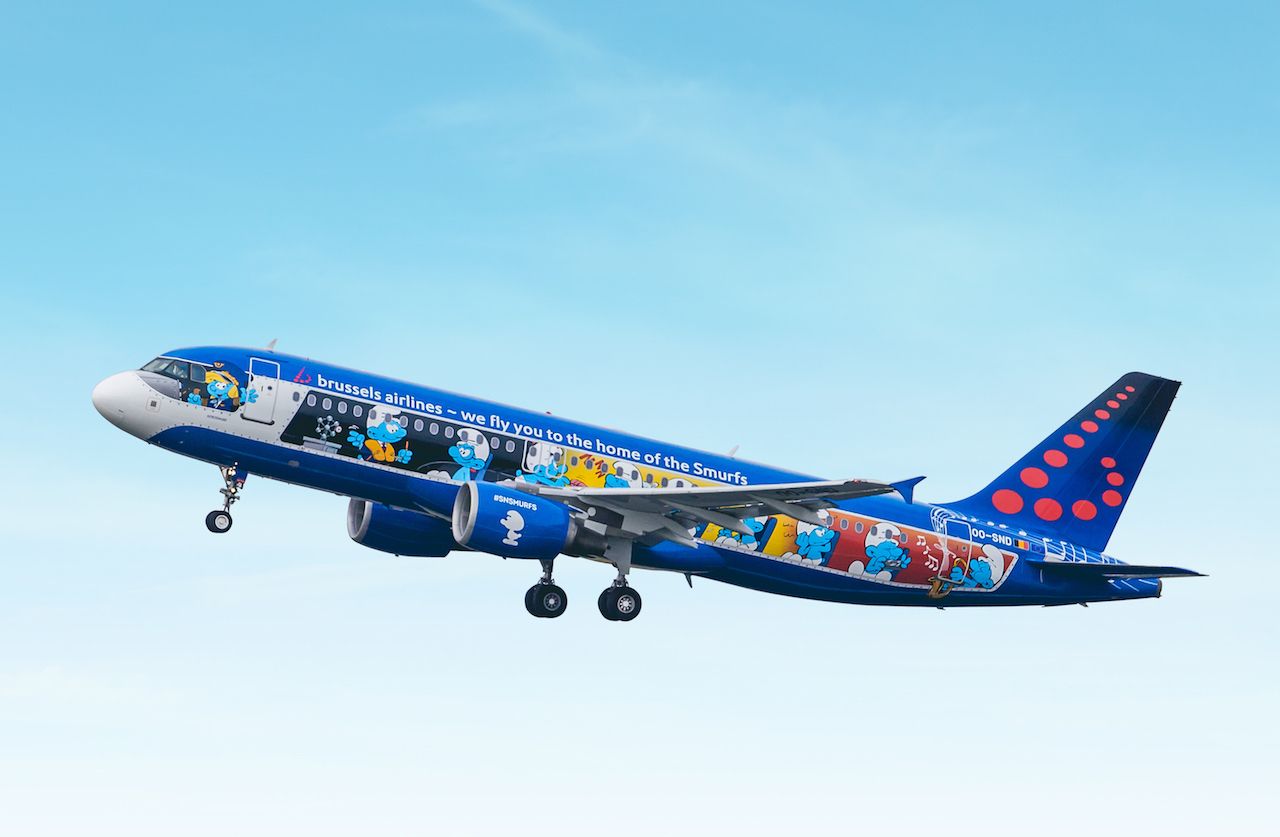 Brussel Airlines has five special airplanes in its fleet which all wear cool, Belgian-culture-focused liveries, but the newest of them is also one of the coolest, outside and inside. Peyo, the cartoonist who created the iconic Smurfs, was Belgian, so Brussel Airlines is paying tribute to him and his 14th Smurf Album The Aerosmurf by flying a Smurf-themed aircraft. The livery is incredibly fun, with smurfs covering just about every surface of the fuselage (with Smurfette and Papa Smurf acting as pilots) and Gargamel and Azrael making an appearance on the belly of the airplane. Inside, everything is about the cute blue characters, too. The seats are Papa Smurf-colored, the carpet has some Smurf prints leading all the way down the aisle, there are some cool decals that looks like a panel from The Aerosmurf album, and there are Smurf movies and music played on board. 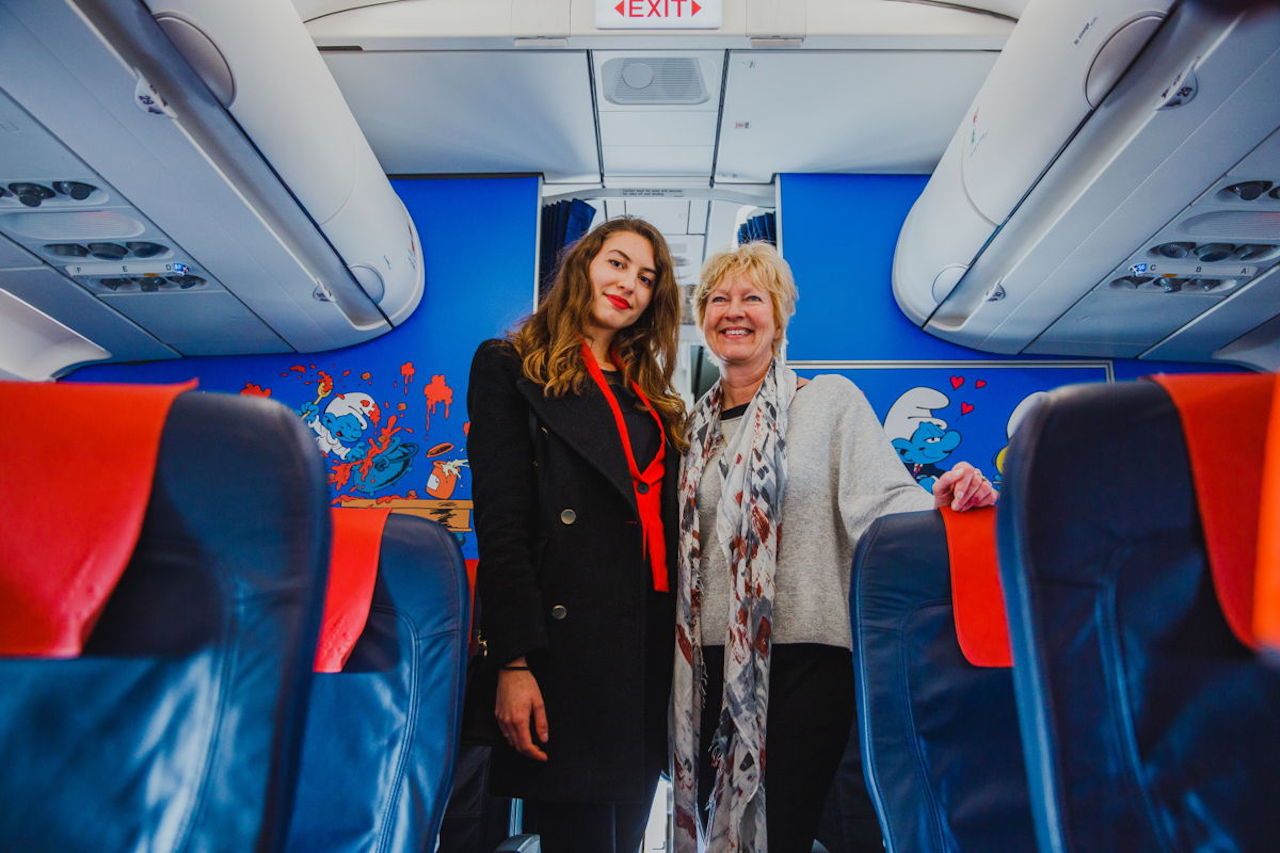 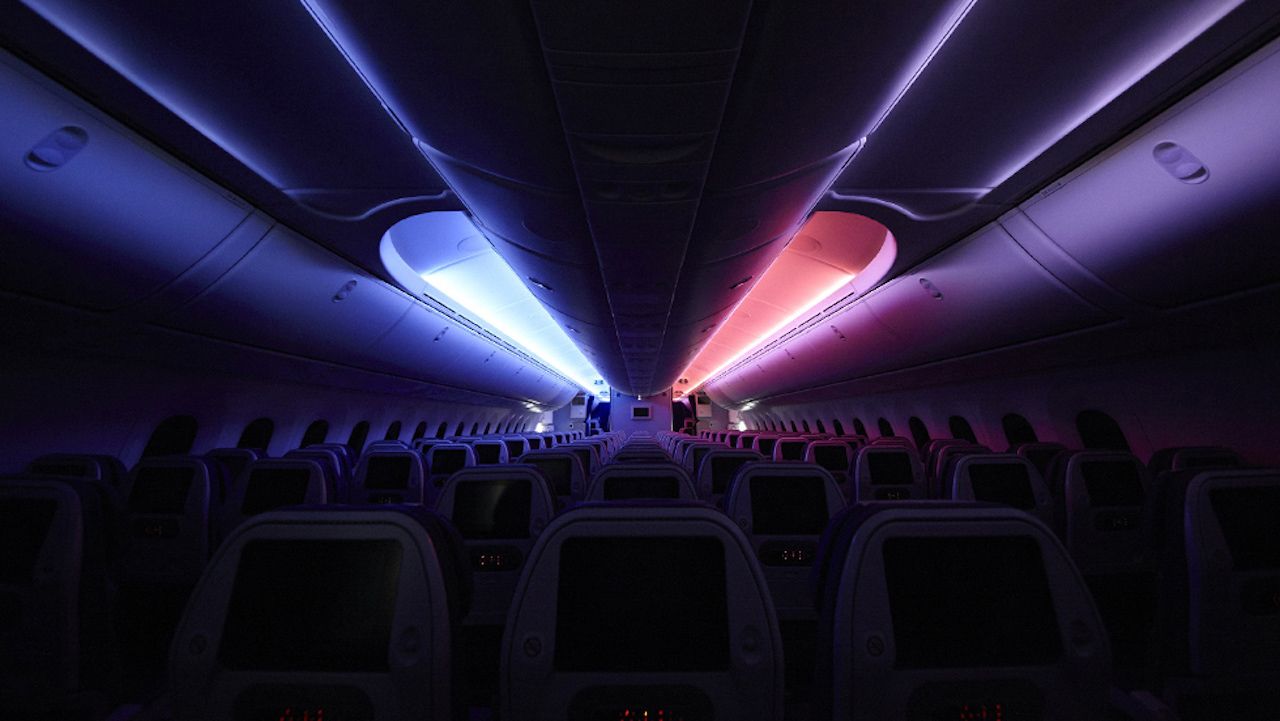 Fans of the Star Wars franchise go nuts for ANA’s Star Wars Jets, and we get it — these aircraft look amazing. The Japanese carrier has four Star Wars-themed aircraft in its fleet, but it’s the R2-D2 jet that we think has the coolest interior. With R2-D2 headrests, R2-D2 cups and napkins, and, best of all, ceiling lights that look like lightsabers, ANA will have you thinking you’re riding in the Millenium Falcon instead of a Dreamliner. To try to catch it, check out the itinerary here. 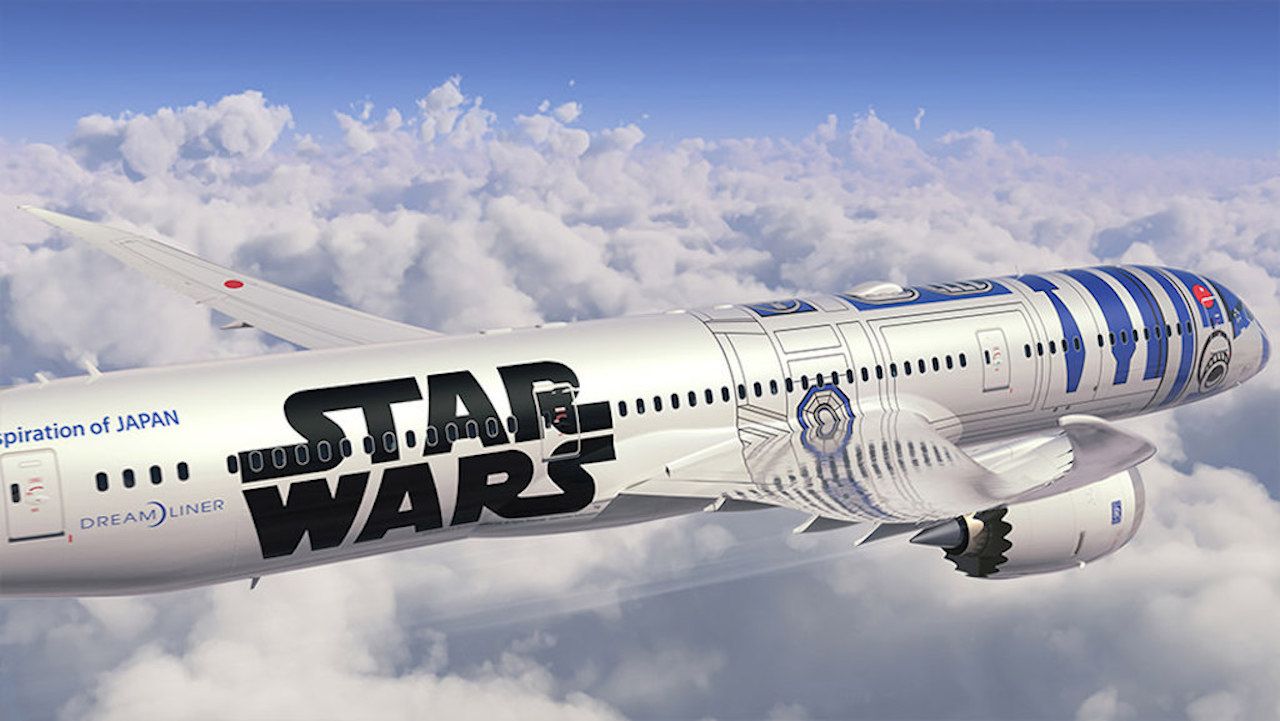 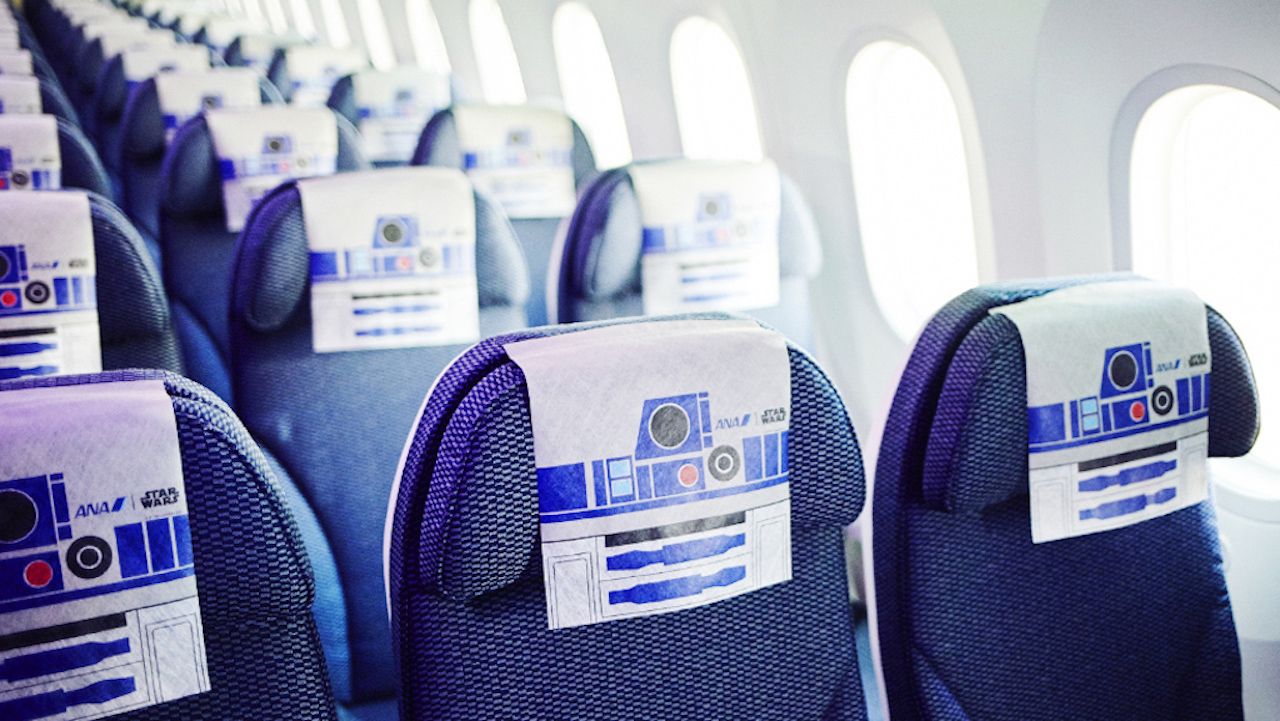 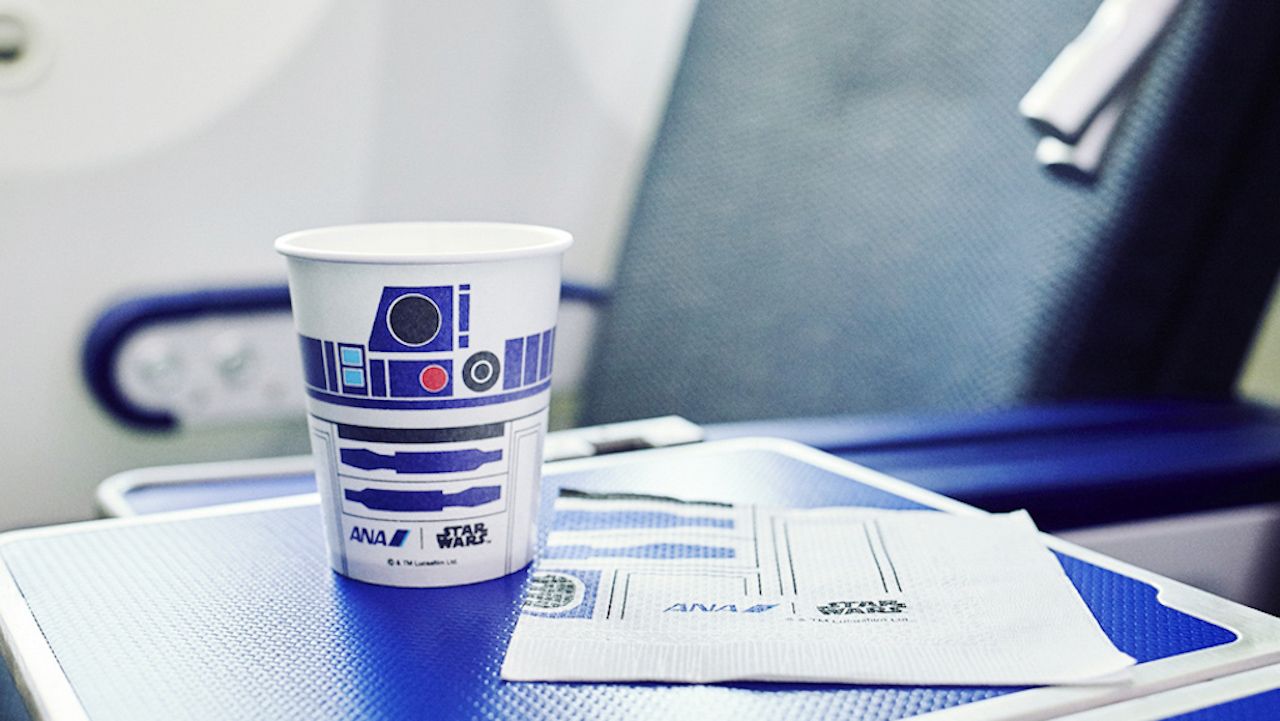 Airports + FlyingThe 7 Coolest Airplane Liveries in the World and the Stories Behind Them
Tagged
Airports + Flying Art + Architecture
What did you think of this story?
Meh
Good
Awesome