In nutrition lingo, foods that are densely-packed with health benefits earn the term “superfoods.” Some of these foods are well-known and commonplace in our grocery stores, such as blueberries, kale, broccoli, avocadoes, etc. However, cultures around the world have their own health food that you’re probably not familiar with. Here are seven unique, global superfoods and what to make with them at home. 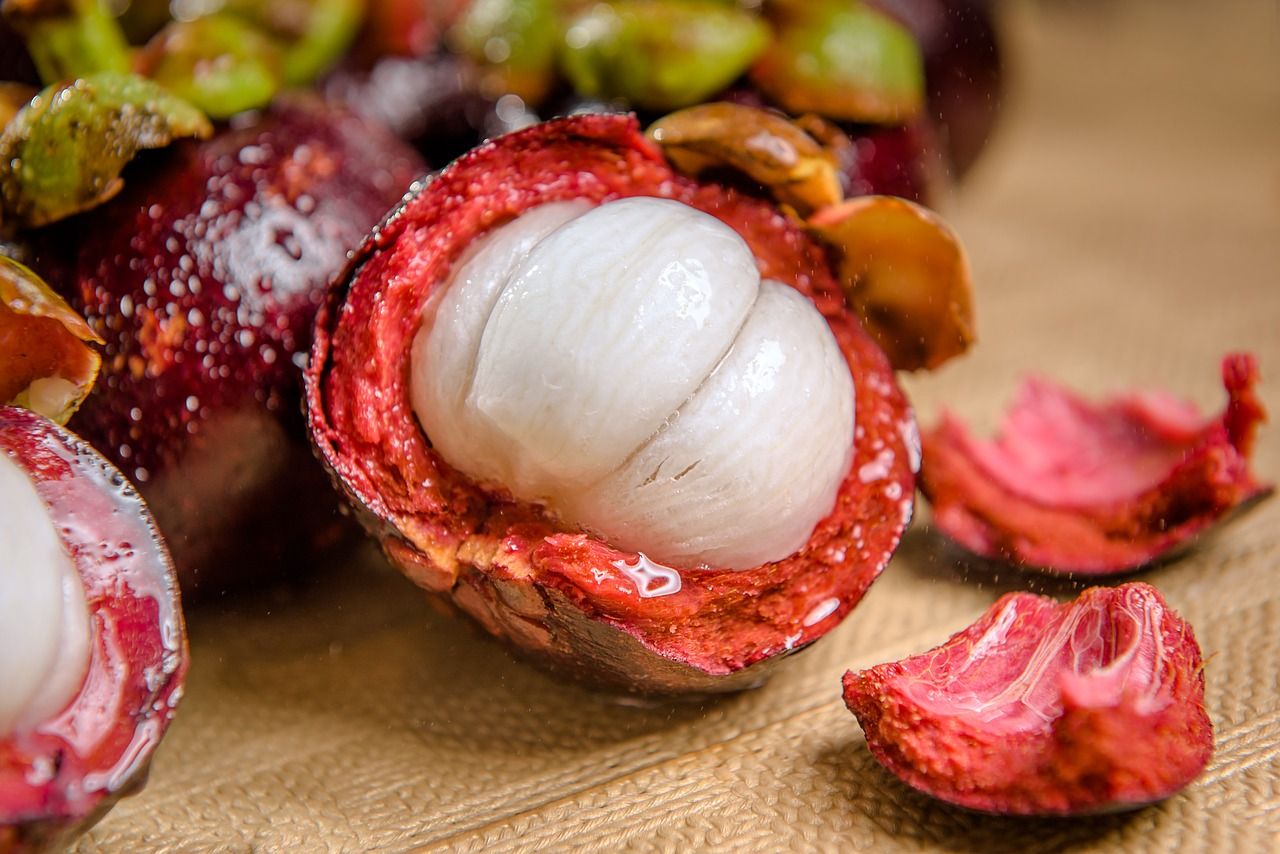 The mangosteen is covered in a purple rind that is peeled and removed. The interior of the fruit is white in color and separated into sections similar to a citrus. It grows on a tree that requires a tropical climate and is found mainly in Southeast Asia. But, it can also be found in Indonesia where it is called “manggis”. The fruit has been known to the Western world since the mid-1700’s; however, it has not grown in popularity outside of specialty-food stores.

In Southeast Asia, the fruit is sought after for its desirable taste, as well as its health benefits. Nutrients such as manganese, zinc, iron, potassium, calcium, and magnesium are found in that tasty fruit. It also packs vitamins A, C, B12, and B6 in its edible interior. These components are often linked to anti-inflammatory, antifungal, and antioxidant benefits in nutrition research.

It can be enjoyed raw, similar to an orange, made into a jam or jelly, or blended into a juice. It is most commonly served as a dessert because of its sweet taste and makes an excellent sorbet. 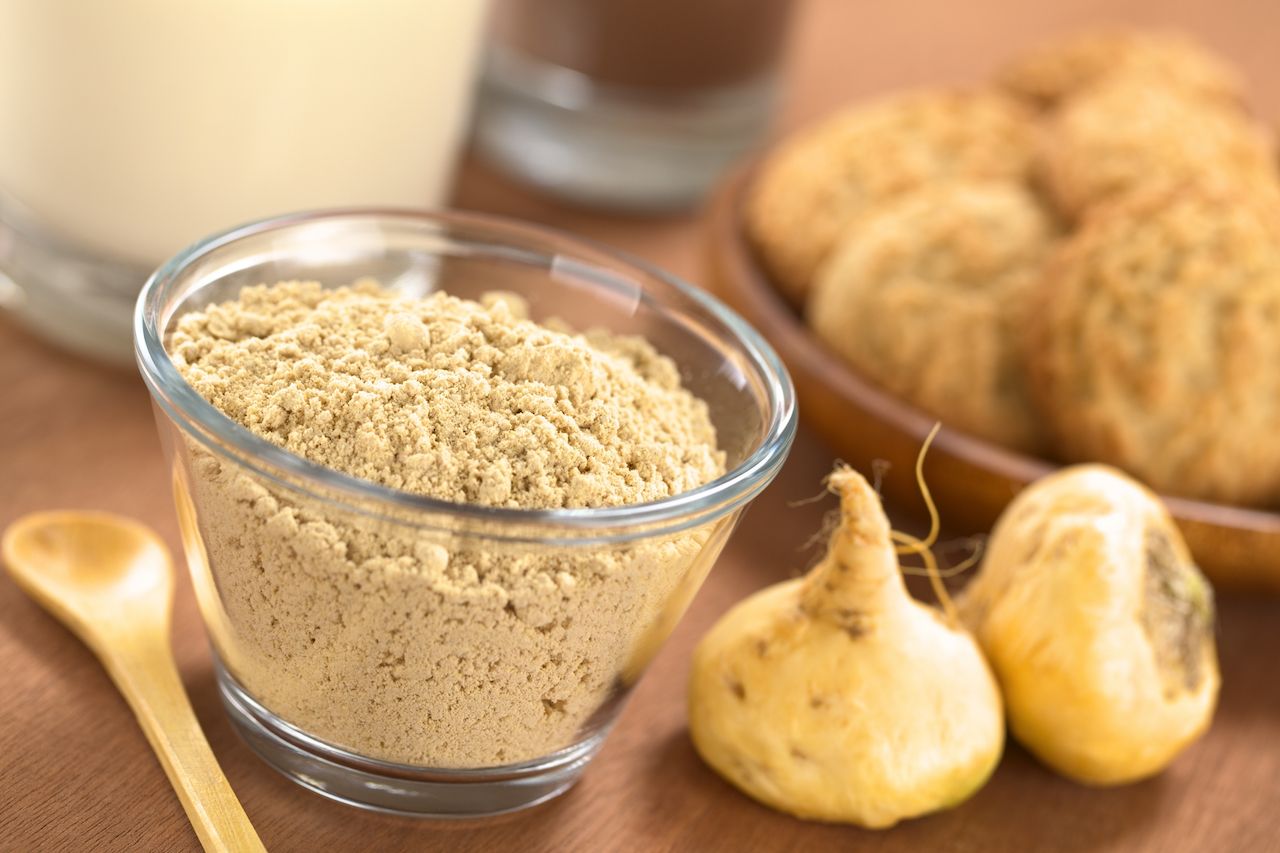 If you are planning a trip high above sea level, maca root may help you avoid altitude sickness. This unique food originates in the Andes region and can be cultivated at higher elevations than other plants. It grows underneath the soil (as roots often do) and looks like a bulb of garlic with a rounded base, thin roots, and a tuft of greenery that grows above ground. The root is dried and ground into a fine powder which can be taken directly as a supplement or mixed into teas and foods.

The root is high in iodine, iron, calcium, and vitamin C. These components have been linked to improving energy, mood, memory, and sex drive.

If you are traveling to altitudes higher than you are accustomed to, health food specialists recommend ingesting the root for several weeks prior to your travels to gain the benefits. It is thought that maca helps the body adapt to the stressors of a low oxygen climate, though exactly how is unknown.

The maca root has been ingested by the people of the Andes for thousands of years and is a significant part of the local diet. You can find maca powder in your local health food store, but you’ll be hard pushed to find the root form for sale outside the San Pedro Markets of Cusco, Peru. 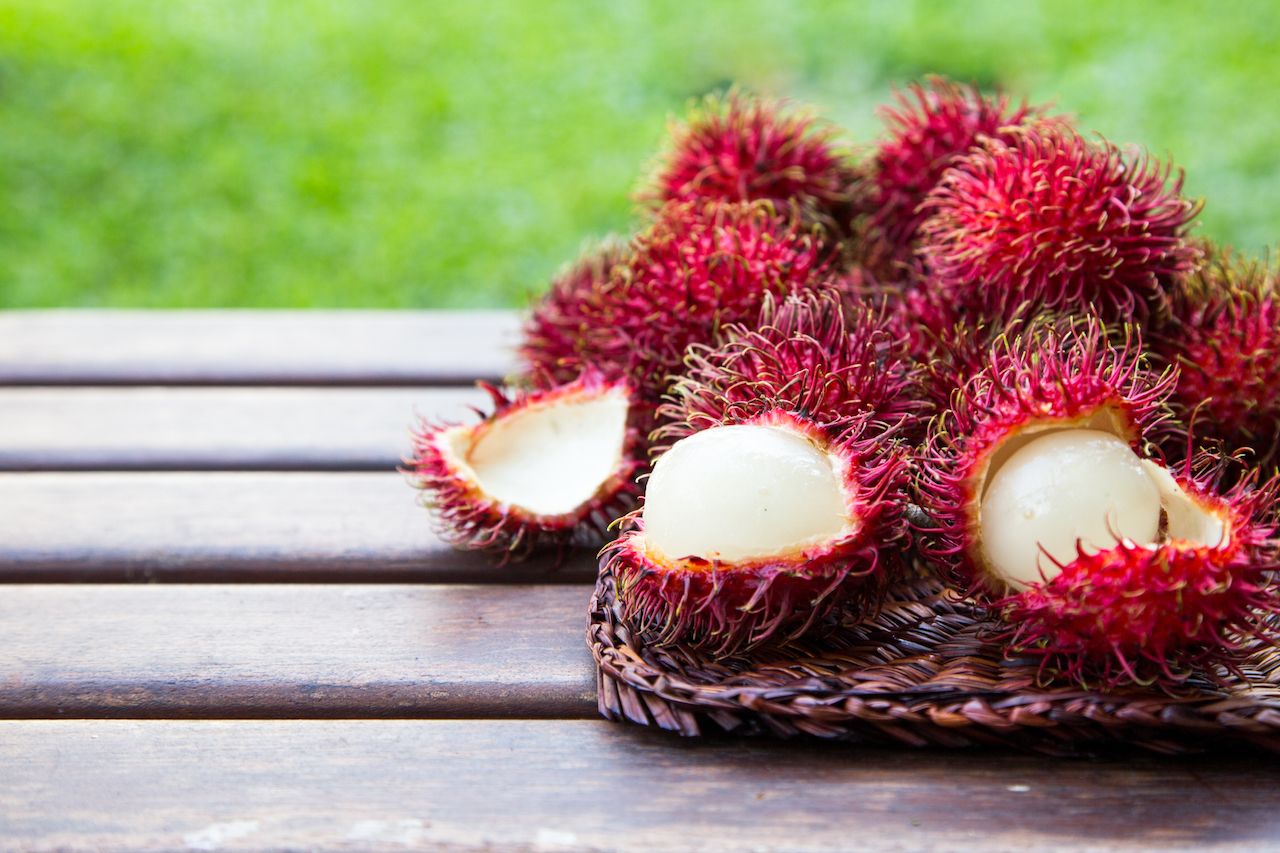 The rambutan, a relative of the lychee, is a plum-sized fruit covered in a hairy exterior reminiscent of a Dr. Seuss character. The name reflects its appearance as “rambut” means “hair” in Malay languages.

When the strange exterior is peeled away, it reveals a soft fruit inside. The moist fruit is white in color and has a sweet taste, it contains an interior seed which is thrown out.

The fruit is a native of Malaysia and Indonesia and is found in abundance there. The most common place to buy them are roadside vendors and fruit stalls.

You can blend rambutan with vodka, lime, and fresh ginger to create a rambutan martini or recover from a wild night with a rambutan smoothie. 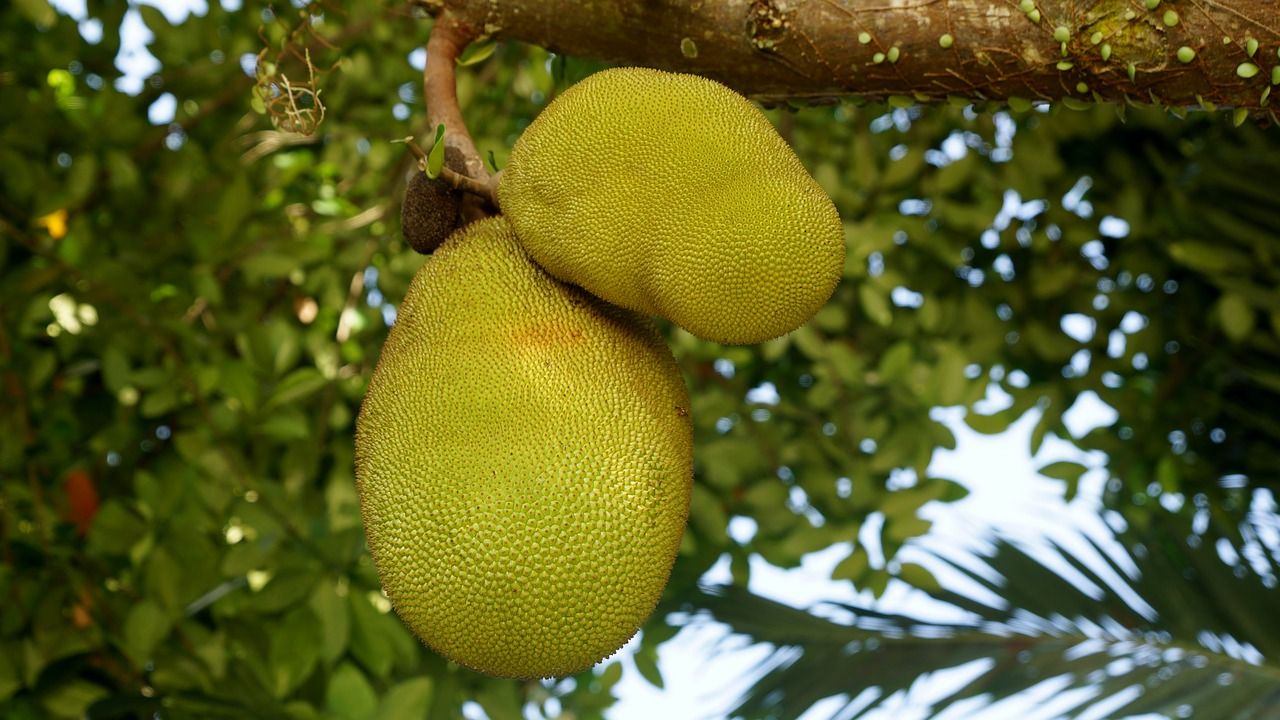 The jackfruit is the national fruit of Sri Lanka.

It is strange in appearance, resembling a giant kickball, with a bumpy green exterior. The fruit can grow enormous — they can range in weight from ten pounds all the way to eighty. Once cut into, the interior of the fruit is yellow and stringy.

The fruits are high in protein, making them popular as a meat alternative. The fruit texture is described as similar to pulled pork and looks almost the same when cooked.

Jackfruit is also high in vitamin B, vitamin C, potassium, and manganese. The health benefits of these components are linked to immune support, eye health, muscle functioning, and metabolism.

The fruit is most commonly used in curries or blended into a custard. The seeds are also edible after roasting them and have a flavor comparable to Brazil nuts or chestnuts. Try jackfruit tacos as a hearty, vegetarian friendly meal. 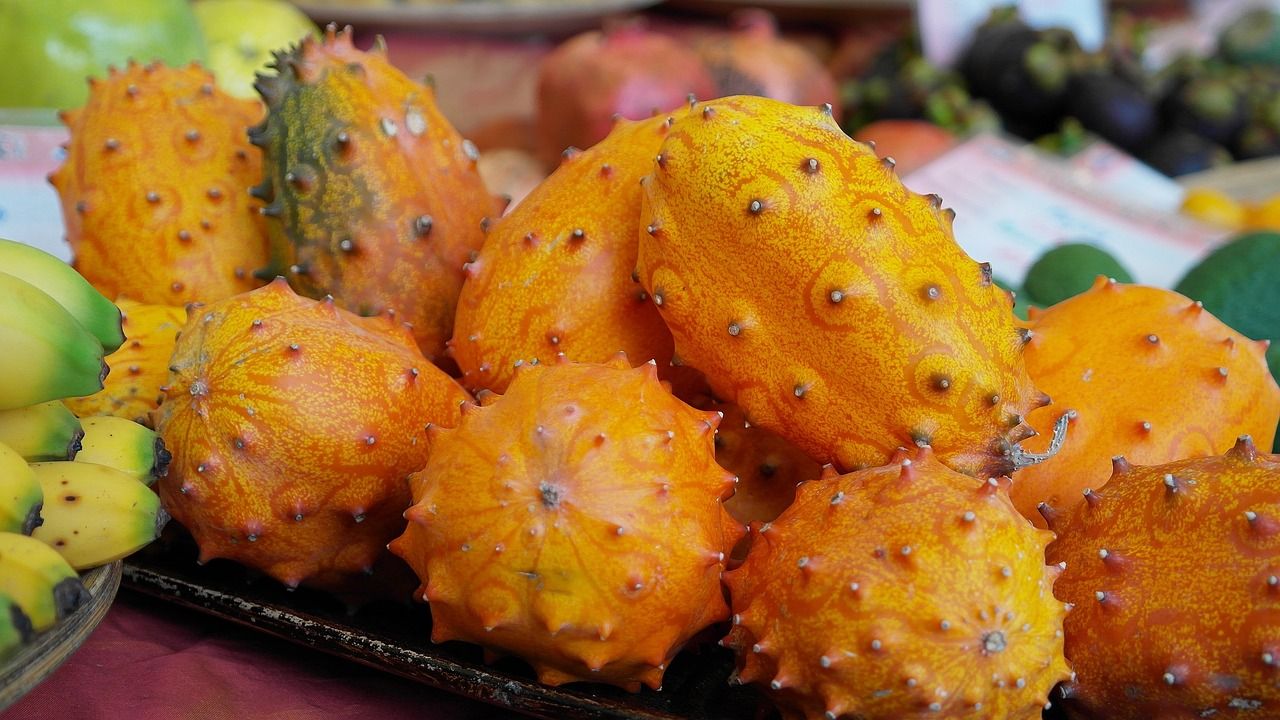 The kiwano, also known as the Cucumis metuliferus or horned melon, is found in the sub-Saharan region of Africa. The exterior of the fruit is yellow and rough with horned bumps covering it. Once broken open, the interior is a wet, jello-textured, green fruit.

The plant has the ability to grow during drought times and retain its moisture. Kiwano is consumed often in the Saharan region as a source of hydration when water is scarce. The fruit is also high in vitamin A, vitamin E, calcium, iron, zinc, and magnesium. These components have been linked to antioxidant benefits, eye health, cognitive function, and boosting metabolism.

The fruit can be eaten for dietary, weight-loss purposes. Due to its high water content, the fruit is filling, but low in calories. 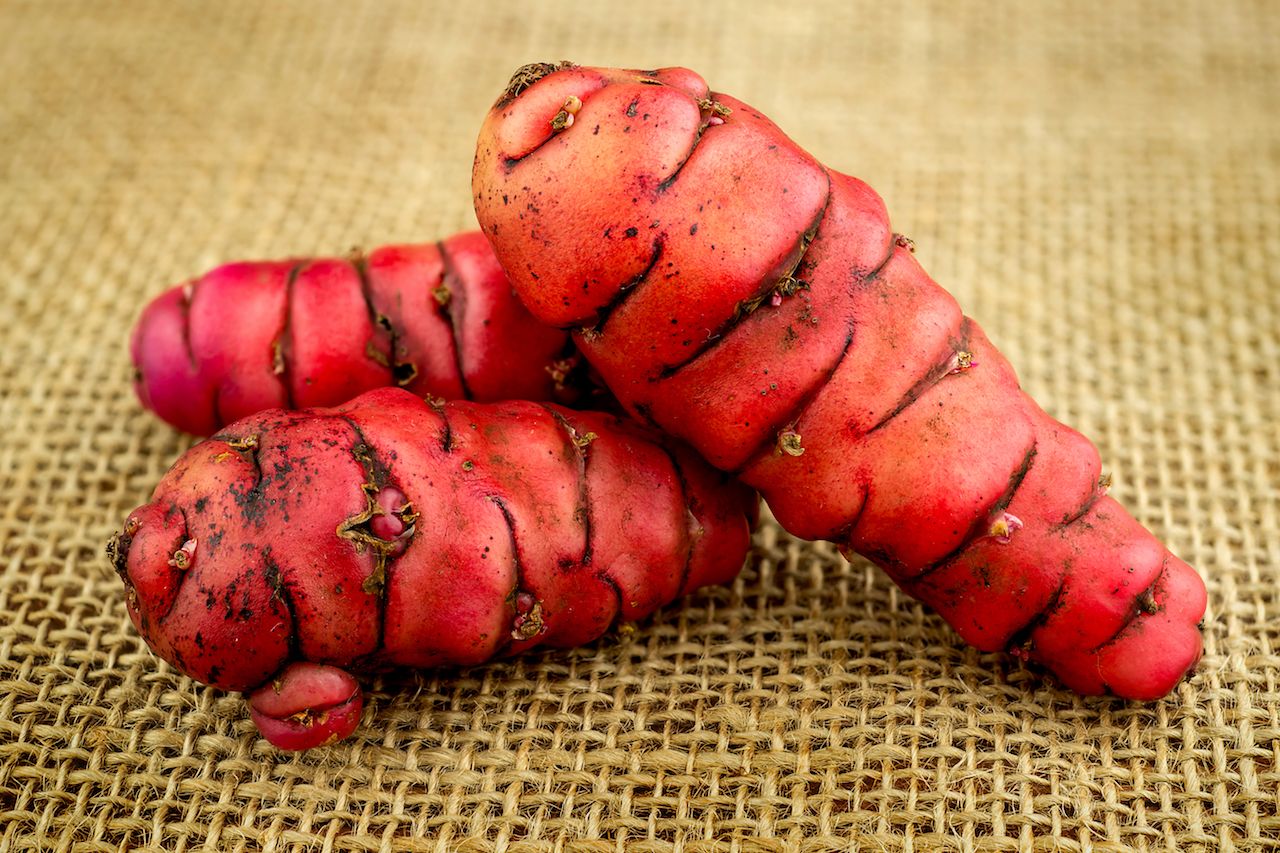 Oca is a starchy vegetable similar to a yam that is found in New Zealand. The taste of oca closely resembles a lemon’s.

The oca can be eaten raw, shredded over foods to provide a zesty lemon flavor. It can also be eaten cooked in dishes such as soups where it takes on a heavier flavor and consistency.

The vegetable is high in carbohydrates, amino acids, and iron. The health benefits of these components are linked to energy, muscle building, and blood cell production. 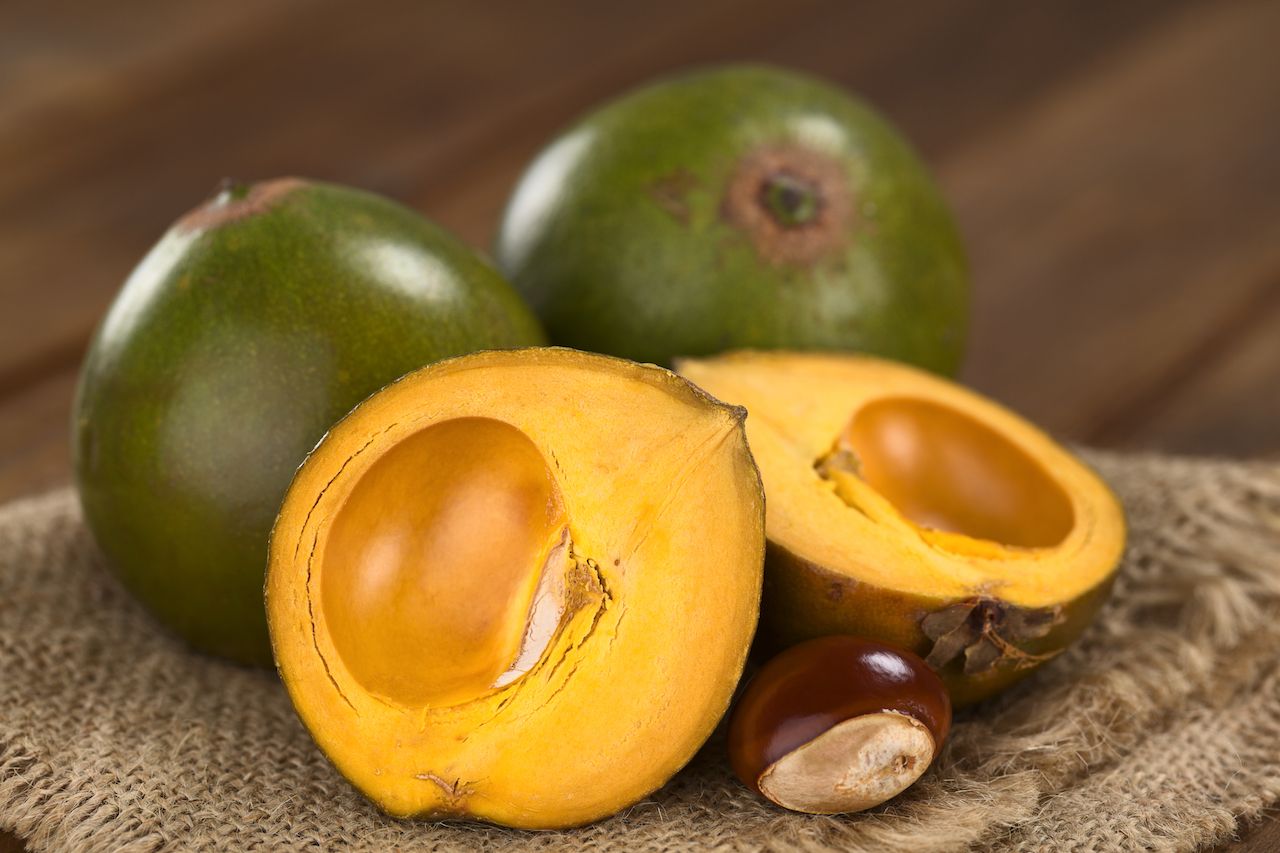 In South American countries, the lucuma fruit is used as a healthier alternative to sugar. It is a natural sweetener with a creamy citrus flavor. The fruit resembles a papaya and is orange in color. It is usually peeled, dried, and then powdered to be added to desserts.

Lucuma contains many beneficial nutrients, such as beta-carotene, iron, zinc, vitamin B3, and protein. The fruit is also low on the glycemic index, making it a responsible choice for anyone watching their blood sugar levels. It also contains a high amount of calcium.

In Peru, the fruit is very popular as an ice cream flavor.

Food + DrinkThe 9 Most Fascinating Fruits in the World and Where To Try Them
Tagged
Food + Drink Vegetarian Wellness
What did you think of this story?
Meh
Good
Awesome