Out-of-the-box thinking and a tough-it-out sense of adventure — those are the two main tenets of the Nevada mindset. This state is a melting pot of people who have proudly chosen to inherit a Wild West mentality and embrace the rugged desert environment. Here, it’s the only way to live.

When festivals celebrate countercultures, when outdoor adventures inspire you to be a steward of the land, and when paranormal activity stretches the imagination, you know you’re getting close. Here are seven tips for achieving a Nevada state of mind. 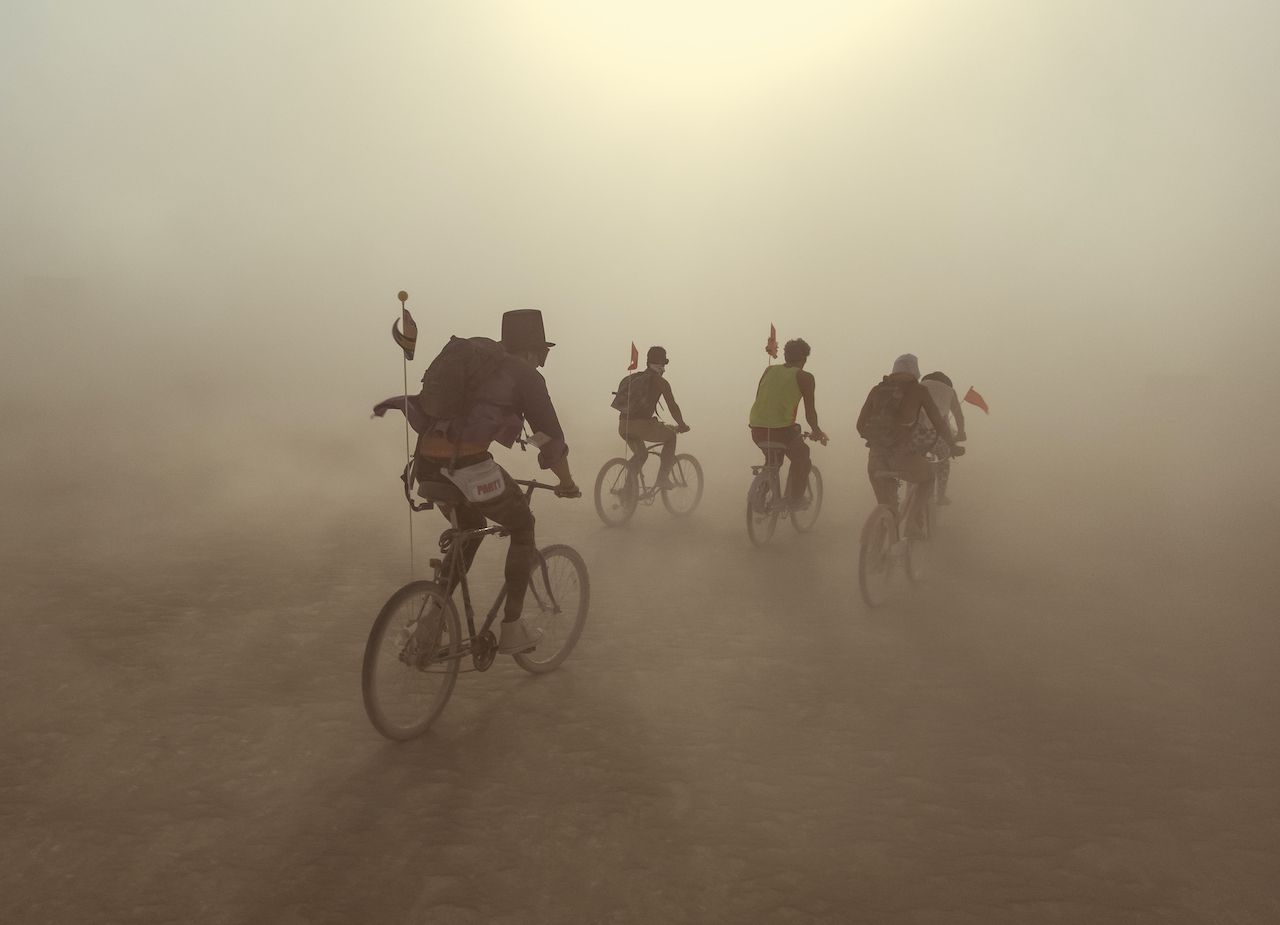 Though Nevada has traditionally been seen as a conservative state, the reality is residents aren’t afraid to eschew the accepted rules of society and push the boundaries of the status quo. From the street performers on the Las Vegas Strip, to the eclectic art scene of Reno, to the Extraterrestrial Highway, Nevada celebrates radical self-expression on a daily basis. Even when that self-expression is undoubtedly just plain weird.

Each year, annual festivals — from the rather niche Laughlin River Run Motorcycle Rally to the world-famous Burning Man — welcome thousands of countercultural humans who might not fit in as well in “normal life.” Not to mention the state has some of the most open lifestyle laws around, and 80% of its territory is public land where everyone’s invited. You be you, and Nevada will be Nevada. Deal? Deal. 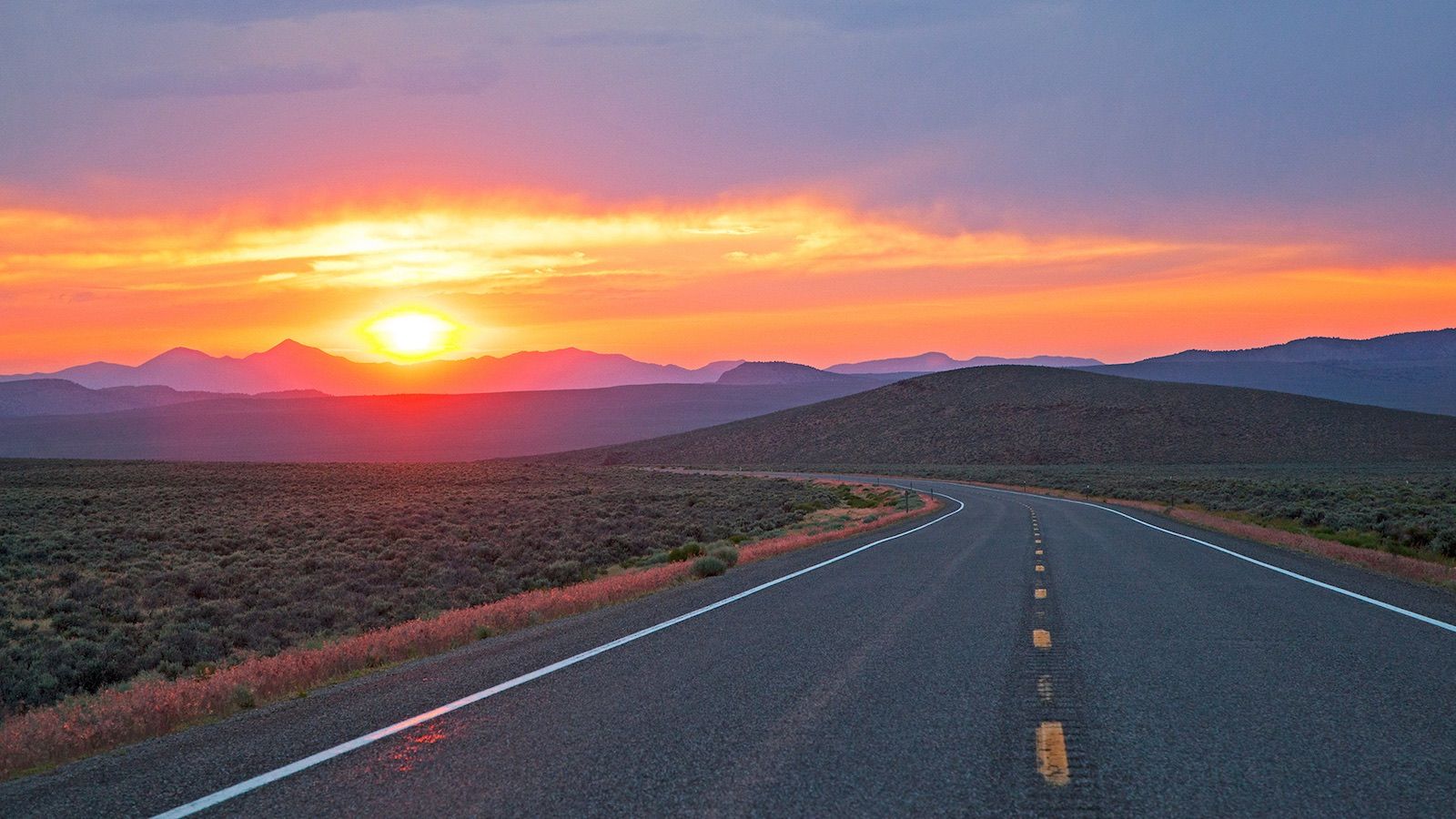 Whether it’s solitude you seek or snow-covered mountains, extraterrestrials or simply out-of-this-world-art sculptures, Nevada is a place to roll the windows down, turn the music up, and step on the gas to mentally slow down. Never mind the shortcuts. The longer the journey, the better.

When you do so, you’ll discover the Loneliest Road (and the best hot springs) in America along Highway 50. You’ll explore Wild West towns just off the I-80. You’ll circumnavigate Lake Tahoe. You’ll conquer Death Valley, Mad Max-style — the lack of traffic and open roads of Nevada hold so many adventures ready to be discovered.

3. Believe in the unbelievable. 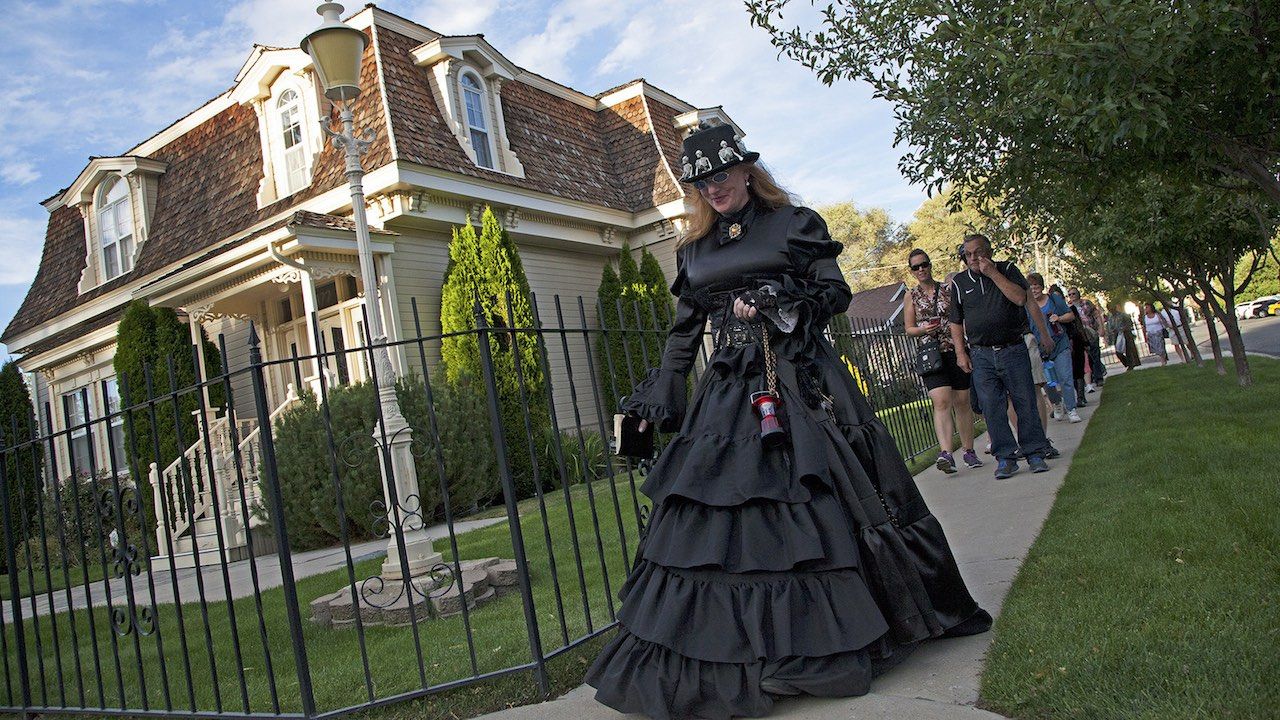 It’s good to stretch your imagination once in a while, and Nevada is home to more than enough paranormal activity to get those creative muscles limbered up. Take Virginia City, for example. Paranormal experts agree that the town is one of the most haunted places in the state — yep, the entire town. Thanks to the boom of the Comstock Lode in the 1860s, Virginia City was one of the West’s first big cities. However, with great wealth came great peril: traumatic mining accidents, a Wild West lifestyle complete with crime and shady dealings, plus a few devastating fires…this all formed a recipe for what we see — or don’t see — today. Needless to say, there may be a few unsettled spirits still lurking.

However, Virginia City isn’t the only place to have seemingly made contact with the afterlife. There’s also the Clown Motel in Tonopah (and as if the clowns weren’t scary enough, there’s also the next-door Tonopah Cemetery), the Carson City Mint, and the Hoover Dam — and that’s just a few. If you’re looking for a reason to believe, you’ve found it.

4. Learn to play the hand you were dealt. 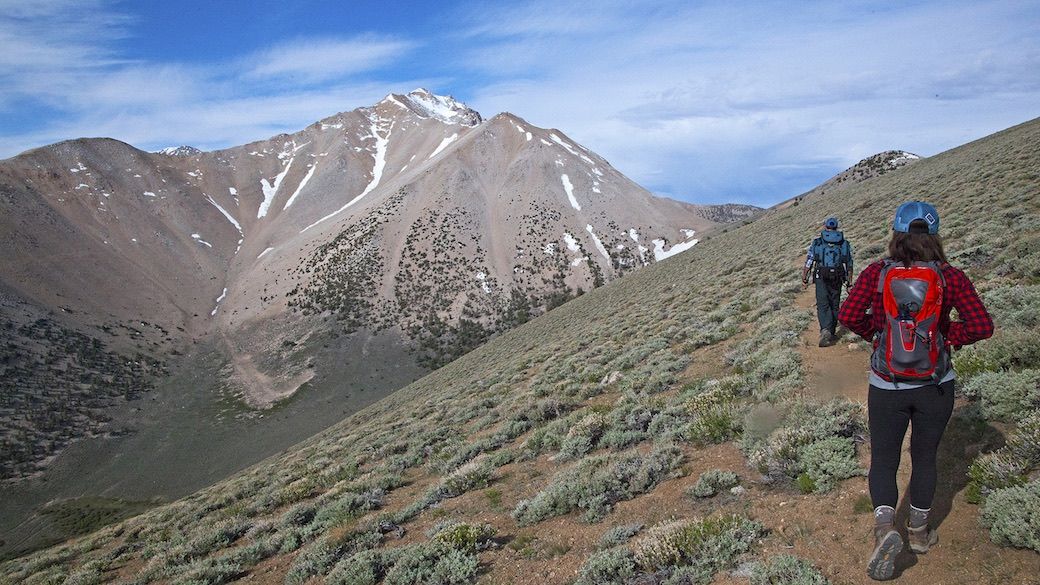 It takes a special kind of person — with a certain spirit of discovery and pioneering nature — to thrive in the desert environment that covers much (though certainly not all) of the state. Nevadans throughout history have learned to embrace the rugged terrain for all it’s worth, starting with the American Indian tribes who first called the area home. The theme persisted among the ranchers, settlers, and gold miners of the 1800s. No one, regardless of their era, had it easy. But by and large, they succeeded.

Today, we have it better — thanks to modern luxuries like air conditioning and running water — but the desert still refuses to be tamed. As a result, the opportunities for hiking, biking, dirt biking, and camping are endless if you’re willing to bust out your inner pioneer. 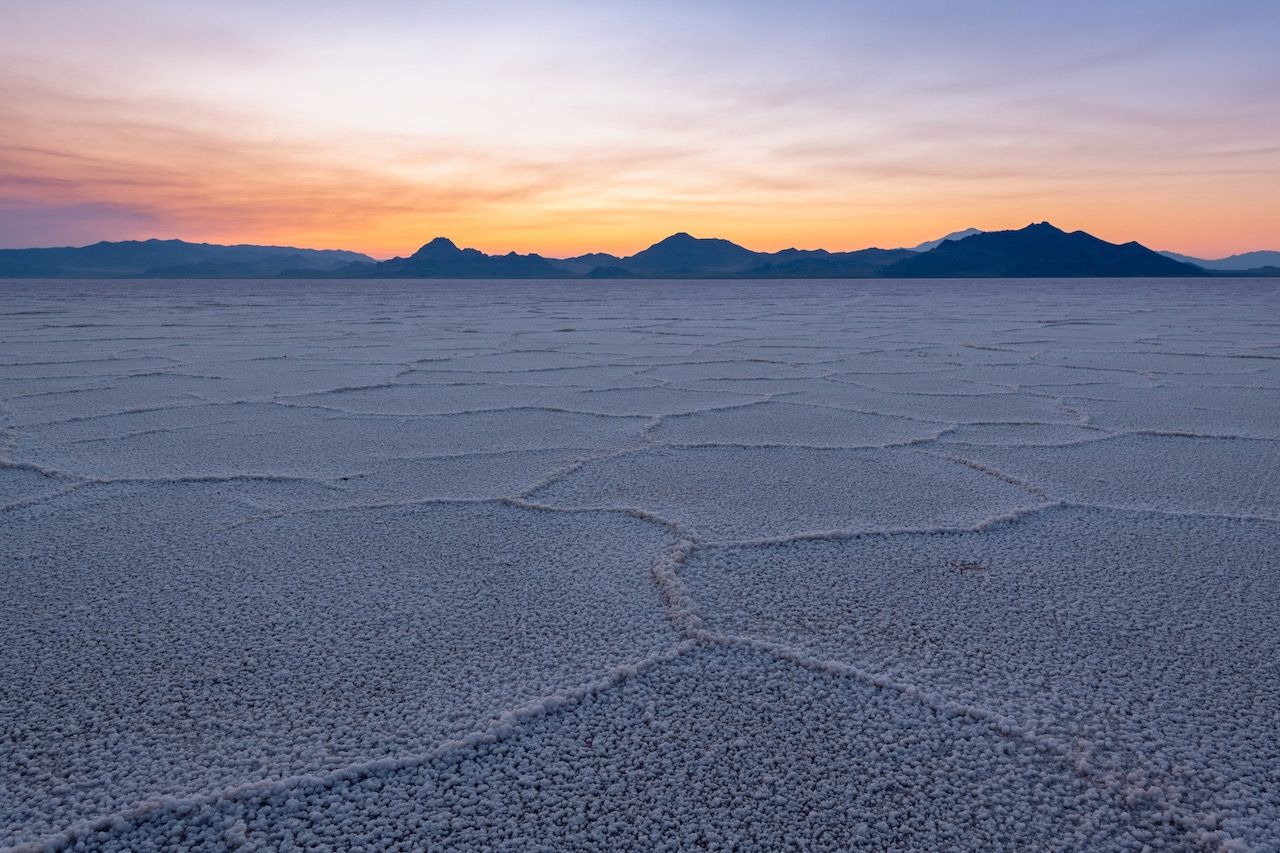 Each year, some 50,000 people head to the Black Rock Desert for a week-long party and campout called Burning Man (maybe you’ve heard of it?). You’d think that after such a massive event, the desert would be littered with mountains and mountains of trash — but that’s not what happens. Instead, the Burning Man community displays a deep respect for the land and a strong “Leave No Trace” ethos, meaning the landscape is left as clean (or cleaner) than when they arrived.

Imagine if we all practiced the same principle every time we walked down the street, visited the beach, or camped in a national park. How different might the world look?

6. Turn your gaze to things that can’t be found on Instagram. 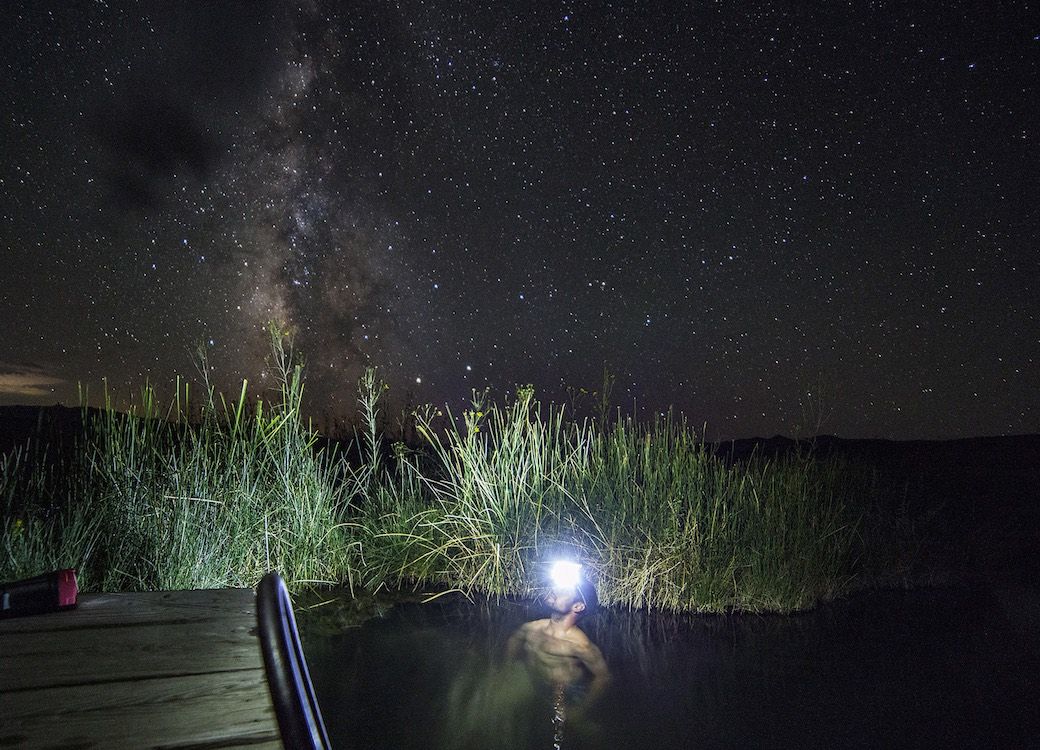 Sure, there are plenty of stars on the internet, but Nevada has some of the darkest skies in the country — making it one of the best places around to put the phone down and take a peek at the universe around us. Each year, Great Basin National Park hosts an Astronomy Festival, and it includes stargazing through over 30 telescopes (guided by park rangers) and three full days (and nights!) of astronomy-themed activities.

Can’t make the festival? You don’t have to venture too far outside city limits anywhere in the state for a clear view of the night sky, and if you’re safe and smart about it, nighttime hiking can be ultra rewarding.

7. Choose the challenging path for the biggest rewards. 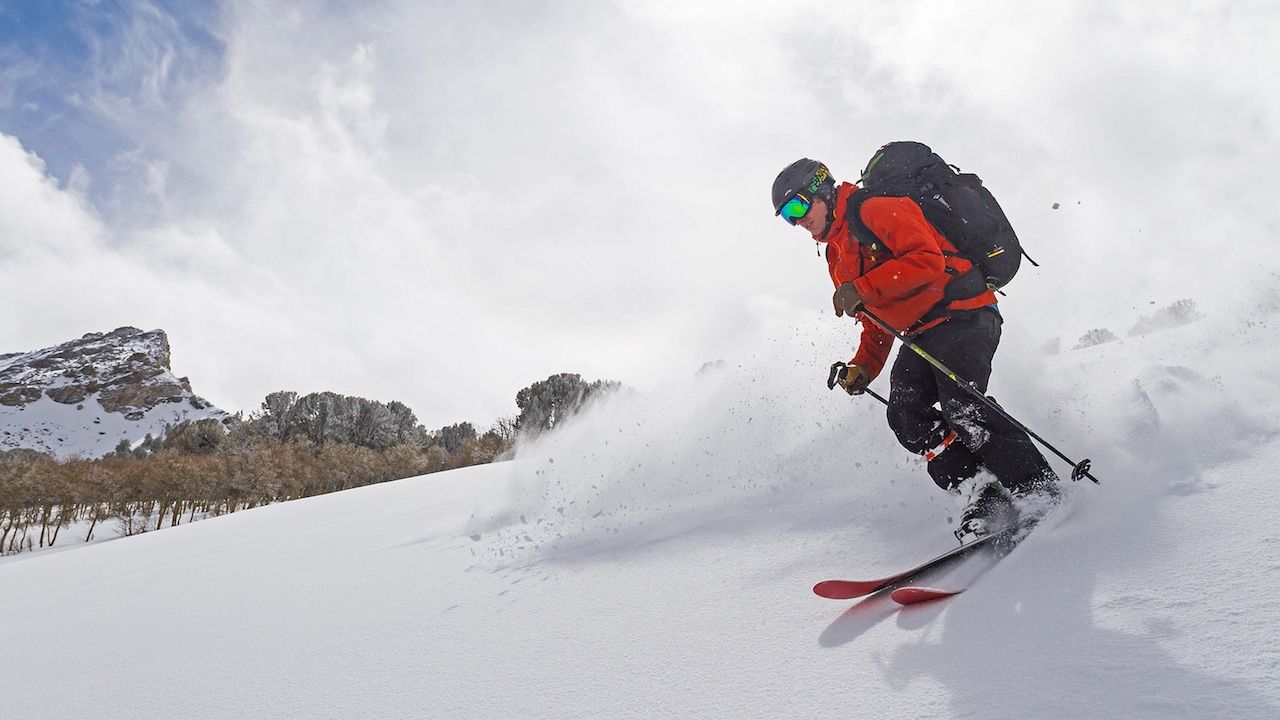 You can take the straight and narrow to get from point A to point B, but sometimes the journey is more important than the destination — and Nevadans aren’t afraid to follow the more adventurous route.

Climbers from all over flock to Red Rock Canyon National Conservation Area to test their limits on the sandstone walls. In winter, heli-skiers touch down atop the peaks of the Ruby Mountains in search of steep, iconic lines such as Terminal Cancer Couloir. The point is: Sometimes you have to accept the challenge of the adventure rather than rush to the easy destination. At least, if you want to live like a Nevadan.

This post is proudly produced in partnership with TravelNevada.
Tagged
Culture Insider Guides Nevada, United States Nevada: A State Apart
What did you think of this story?
Meh
Good
Awesome
✖
travelstoke
Download the mobile app
stoked by