Hawaii is a dream getaway. But part of what makes Hawaii such a great destination is the fact that it sits in the middle of the Pacific Ocean, 2500 miles away from the closest continental US state, which also makes it pretty inconvenient and expensive to visit. Fortunately, there are a ton of US islands that are much closer and more affordable, but just as dreamy. Next time you’re craving an island escape and Maui is out of the question, get on a boat to check out one of these wildly underrated US islands instead. 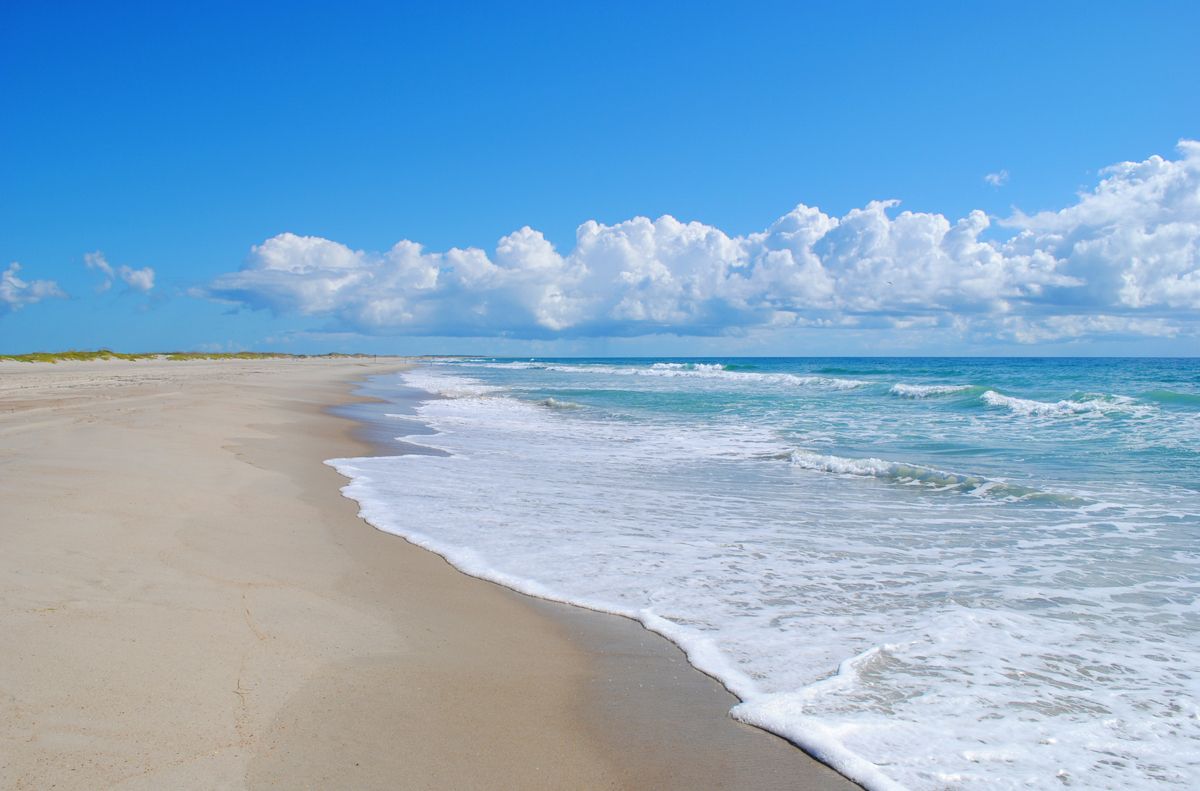 Most people think of Hatteras Island when they think of North Carolina’s Outer Banks, but neighboring Ocracoke Island is an awesome alternative, and relatively undiscovered. It’s a great spot for water sports like kayaking and kite surfing, and the seashore is perfect for tanning, shelling, surf fishing, and beach walks. You can also wander through the wooded Springer’s Point nature preserve and gaze out at Teach’s Hole, a spot offshore where the infamous pirate Blackbeard (born Edward Teach) used to anchor his boat. Ocracoke Island is easy to reach from Hatteras Island. It’s a little under an hour away by ferry, and tickets are totally free. Like anywhere in North Carolina, it can get chilly during the winter, so plan a summer trip if you want highs of 75°F and lots of sunshine. 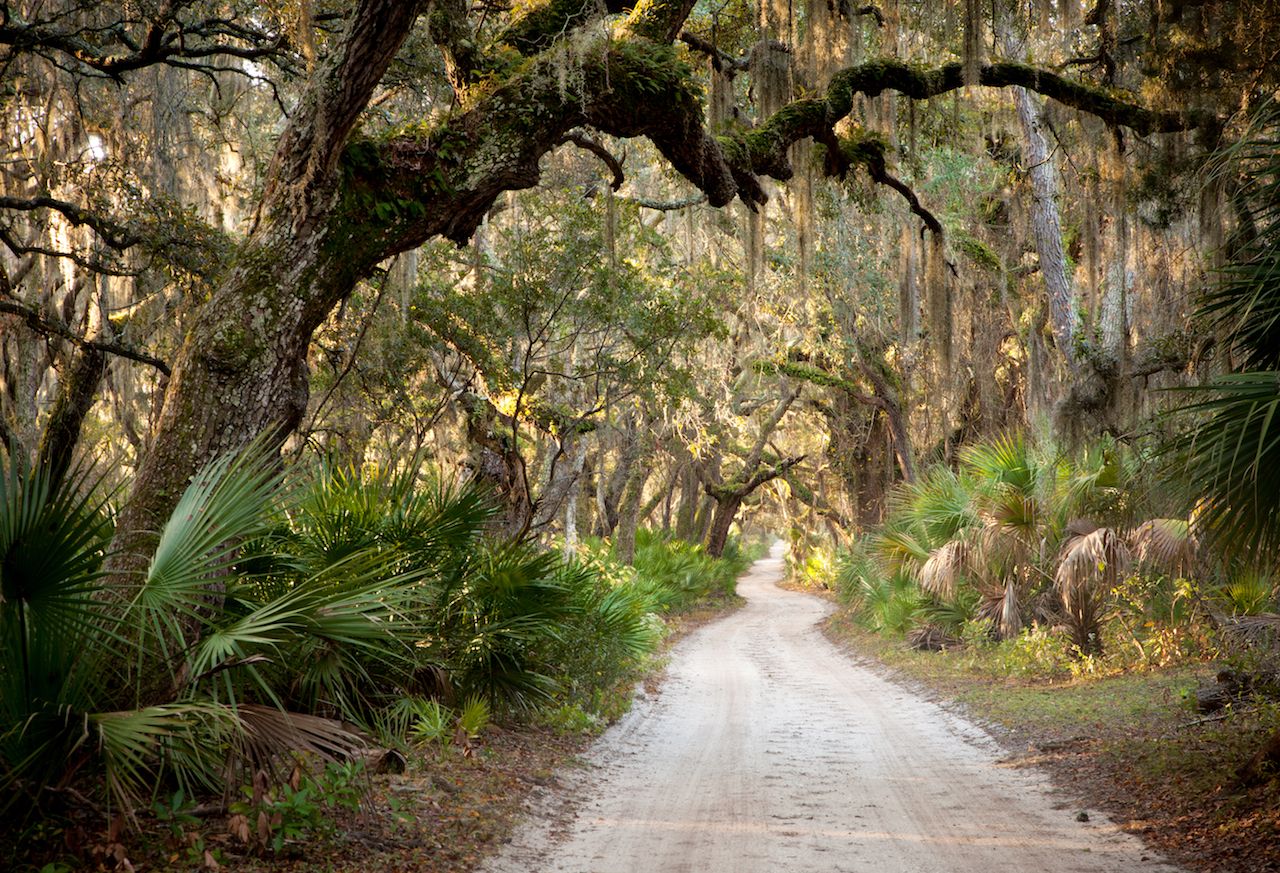 The largest and southernmost barrier island in Georgia’s Sea Island chain, Cumberland Island stretches 18 miles of white-sand beach. You can get there by boat from St Marys, a city roughly 40 miles north of Jacksonville, Florida across the border. Round-trip ferry tickets cost about $28 plus tax for adults and $18 plus tax for anyone under 15. Once on the island, outdoor activities include kayaking through salt marshes, getting a good dose of vitamin D on secluded beaches, swimming in the Atlantic, and hiking through Spanish moss-covered forests.

Cumberland Island isn’t what you’d call a luxury destination, but it has a surprisingly glamorous past. In the 1880s, Thomas Carnegie bought land on the island, and his family eventually built several estates there. Visitors can tour the Plum Orchard mansion or explore the ruins of the Dungeness estate, which was destroyed in a fire in 1959. Overnight guests can stay at the Greyfield Inn, another Carnegie-built property and the only commercial establishment on the island, or come prepared with a camping permit in tow. 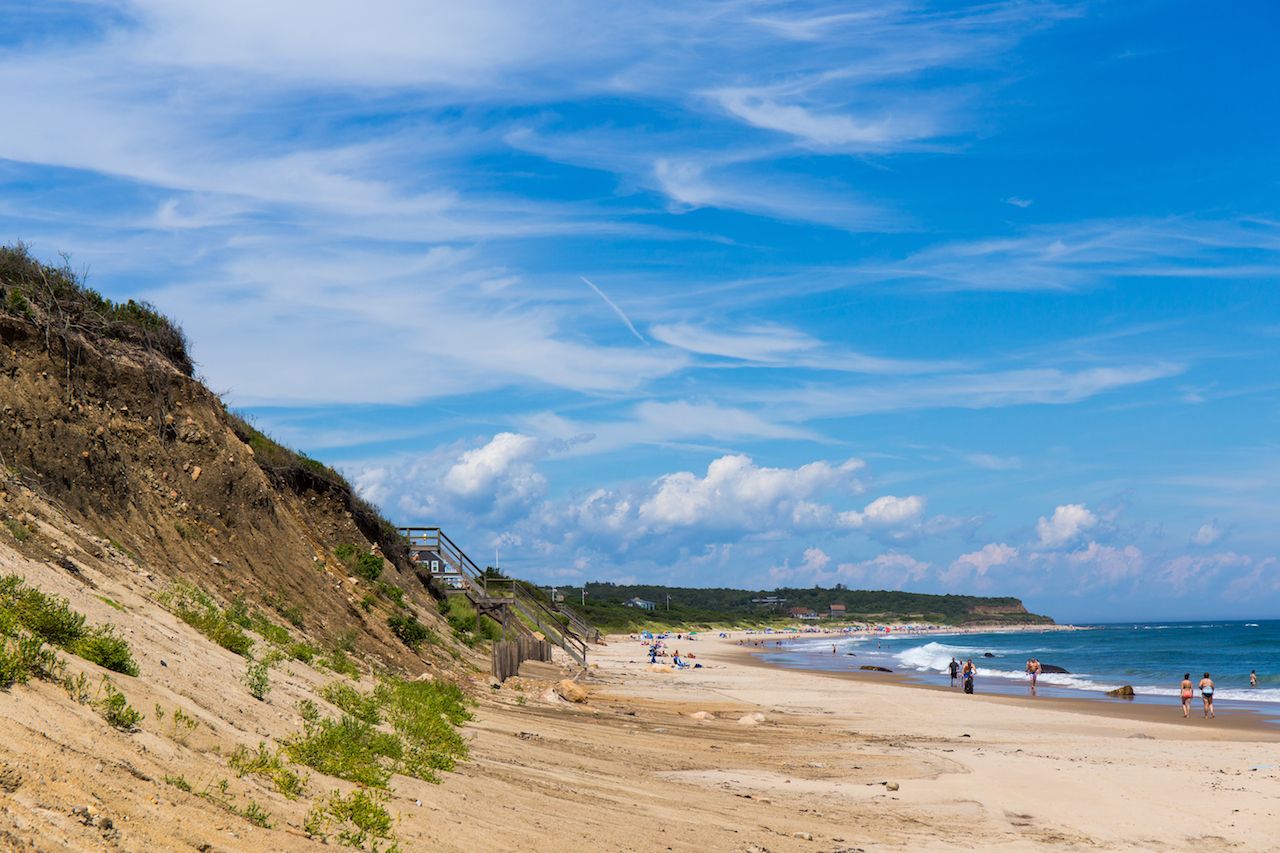 Block Island is just a hop, skip, and ferry away from mainland Rhode Island. The total sailing time for the Hi-Speed ferry from Point Judith is 30 minutes, and regular tickets are only $7 each way. Ballard’s Beach is one of the most popular beaches on the island and a must-visit if you want to try your hand at beach volleyball. There’s also a special little beach at the base of the island’s 200-foot Mohegan Bluffs, which you can access via a roughly 150-step wooden staircase, assuming you’re up for the return climb. For something a little easier on the knees, consider wandering over to the nearby Southeast Lighthouse instead, or plan an outing at the Saturday morning farmers’ market. Like anywhere in New England, Block Island is particularly lovely during fall and spring, so keep it in mind for Labor Day or Memorial Day weekend. 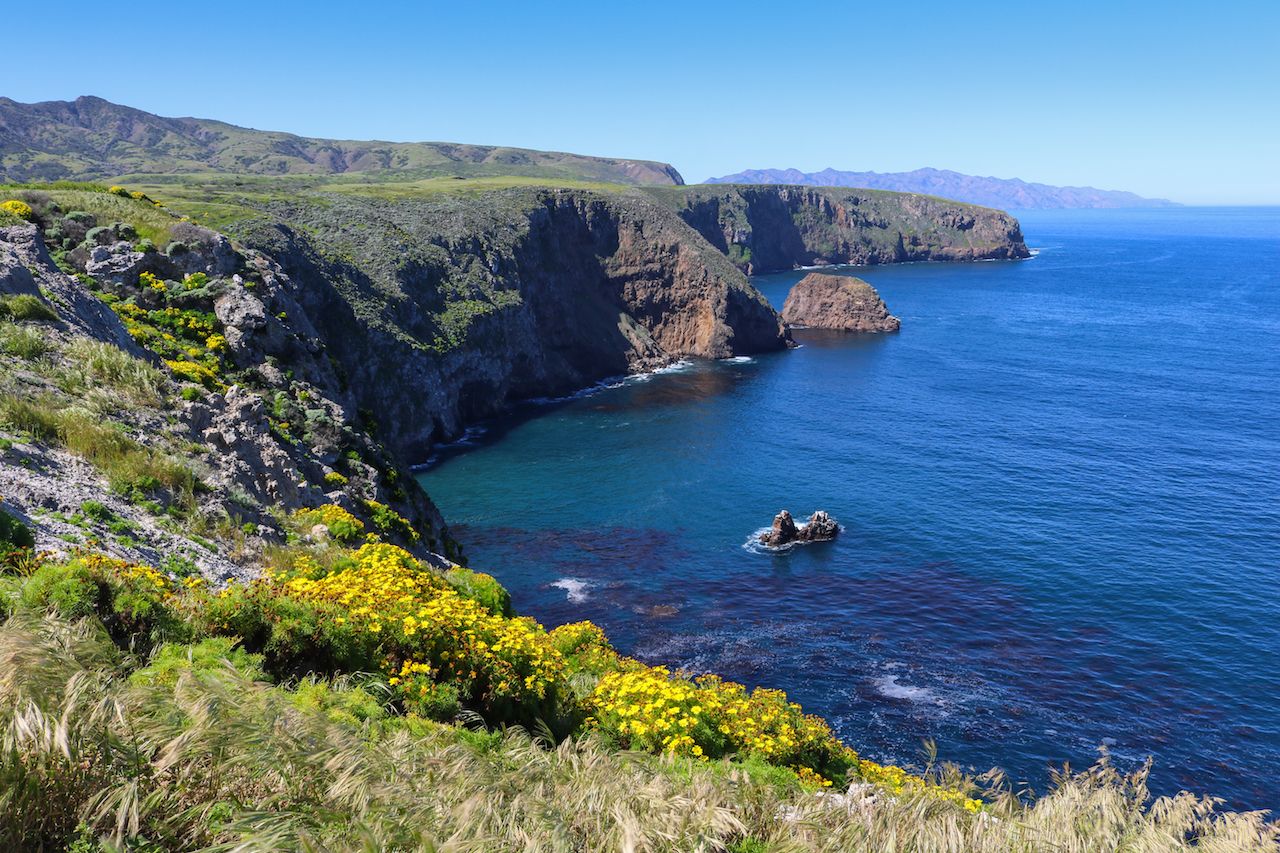 Santa Cruz Island is the largest of the eight Channel Islands, which is where you’ll find some of California’s most beautiful landscapes. The archipelago is full of cliffs, secluded coves, and wildflower fields, and the surrounding waters are filled with cool marine wildlife. Santa Cruz Island is an obvious choice for outdoorsy types, whether they prefer aquatic activities like snorkeling and scuba diving or land-based excursions like hiking and caving. While there are no accommodations on the island due to its protected status, guests are welcome to pitch a tent at the Scorpion Canyon campground. Daytrippers can expect to pay about $60 round trip for a visit while overnighters can expect to shell out closer to $80 for transport and another $15 per night for the campsite. 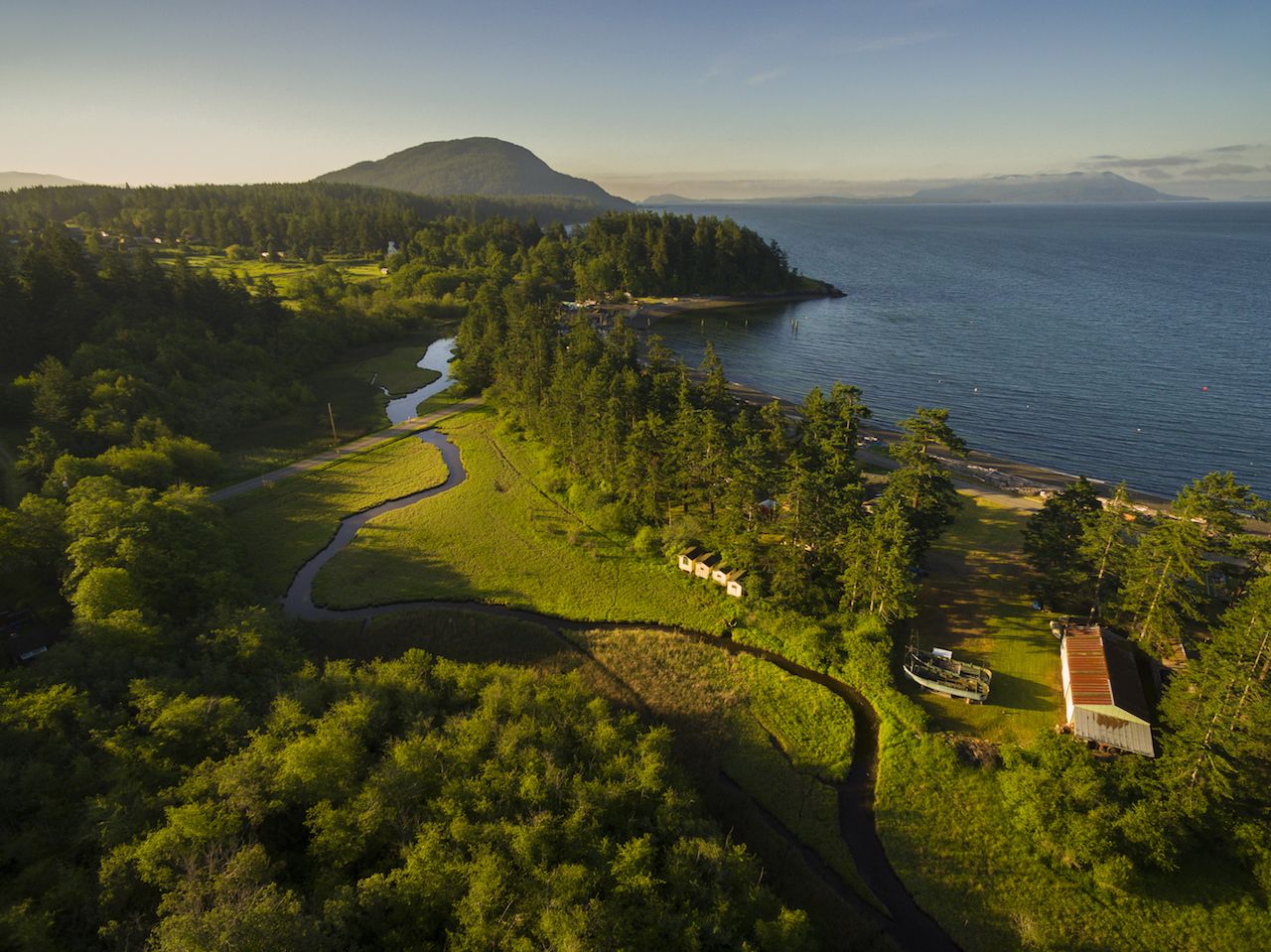 Lummi Island is the perfect setting for a weekend trip. It’s calm and quiet, but there’s also plenty of island activities to keep you busy for a couple days. Whale-watching excursions are popular between April and October, sea kayak rentals are easy to organize, and the beach is prime for petroglyph hunting. The water is chilly, but you can still splash around or start your day with a polar bear swim. After working up an appetite exploring the island, chow down on fresh seafood or sample gourmet creations from celebrated chef Blaine Wetzel at the Willows Inn. To reach Lummi Island, just hop on the five-minute ferry from Bellingham, Washington. Standard fare is $7 or $13 if you want to bring your car onboard. 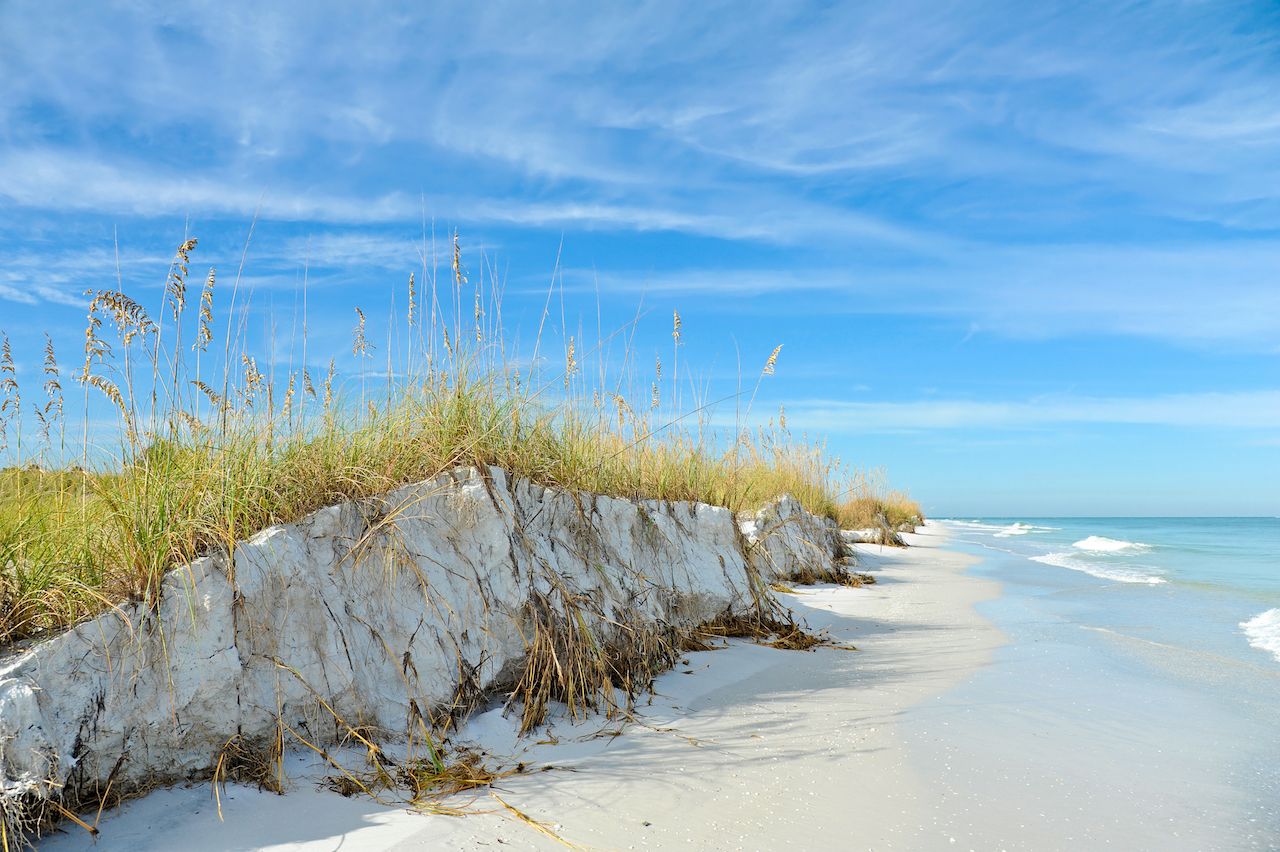 Anna Maria Island is an excellent vacation alternative to the Hawaiian Islands and The Keys. The 7- by 2-mile barrier island is located about 50 miles south of Tampa where Tampa Bay meets the Gulf of Mexico. Its white-sand beaches are perfect for swimming during the day and stargazing at night. Island-goers can also go fishing, tour wildlife preserves, and enjoy cultural attractions like a small museum and historical society. Anna Maria Island is an easy one-hour drive from both Tampa and Sarasota. Just be prepared to pump the brakes when you pull up as the local speed limit is only 35 mph. 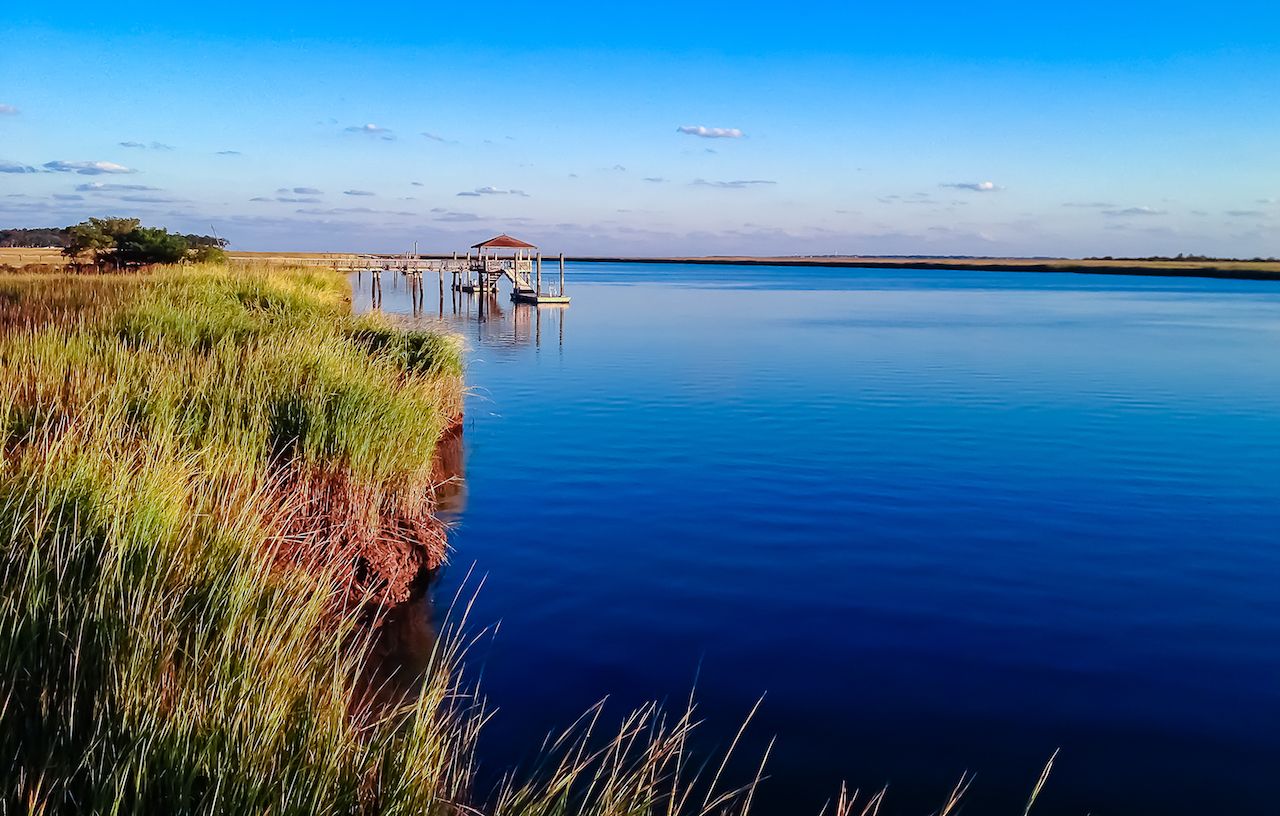 If you asked the average American to name an Island off the coast of South Carolina, they would immediately say Hilton Head. Daufuskie Island is fewer than ten miles away from its sister island but doesn’t draw nearly the same crowds, making it all the more appealing. The ferry from Hilton Head is $35 round trip, and the ride is about an hour each way.

There’s only a handful of paved roads and around 400 permanent residents on the island, so pretty much everyone gets around on golf carts. Half the fun of visiting is getting to rent one of your own, but on the off chance you appreciate more about golf than its signature carts, you’ll love the island’s championship courses. Otherwise, you can spend your days paddle boarding or riding horseback on the beach, then taking in historic landmarks on the Rob Kennedy Trail. The easiest way to stay on Daufuskie Island is to rent a vacation home. June through December is the busy season, but the island has seen temperatures as high as 80℉ in February and March, so it’s a solid place to visit year round.

Insider GuidesThe 24 Coolest Towns in the USA – 2017
Tagged
Beaches and Islands Insider Guides
What did you think of this story?
Meh
Good
Awesome