We hope you love the spaces and stays we recommend! Just so you know, Matador may collect a small commission from the links on this page if you decide to book a stay, and listed prices are accurate as of the time of publication.

Sipping a cold brew on a hot summer afternoon under the gaze of the towering Rockies should be a universal human right. In Denver, it pretty much is thanks to more than 150 breweries and dozens of beer bars to choose from — not to mention the behemoth Coors factory just up Sixth Avenue in Golden. The only way to experience this properly is to book a stay in the city, lace up your best walking shoes, and hit the pavement because it’s never too far to the next taproom. These Airbnb’s in Denver put you close to the city’s best breweries. 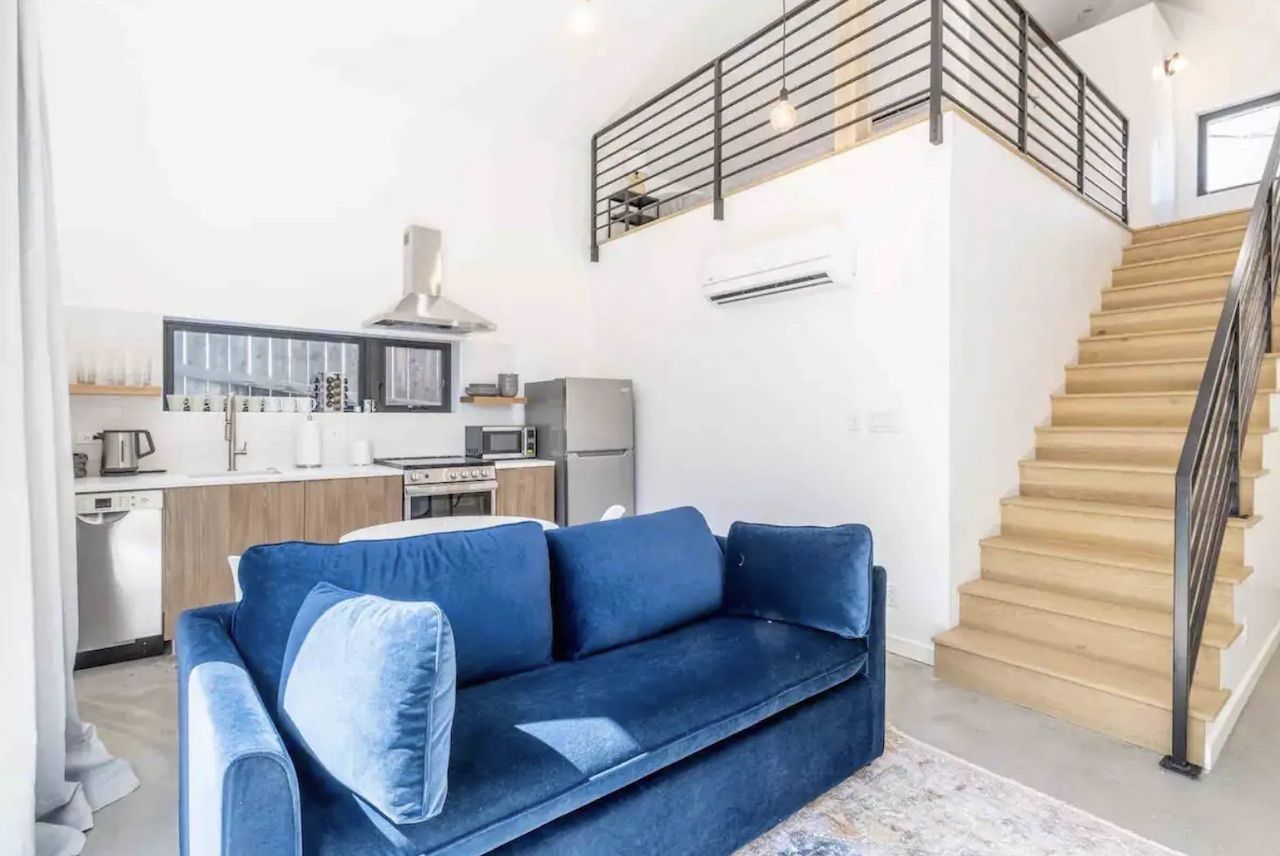 Before arriving in Denver, write these four letters on the back of your hand, so you don’t forget them: RiNo. In Mile High parlance, this stands for River North, a little section of the city that’s unequivocally the greatest beer neighborhood in the United States, and probably the world. Likely, no one has ever tried this, but theoretically, you could grab a group of friends and split up — each heading to a different brewery — and conduct a solo pub crawl for multiple hours without ever running into each other. This Airbnb in Denver is the perfect start and endpoint of said pub craw. Fortunately, it’s also located along a popular route for food delivery services and a stone’s throw from The Source food hall. 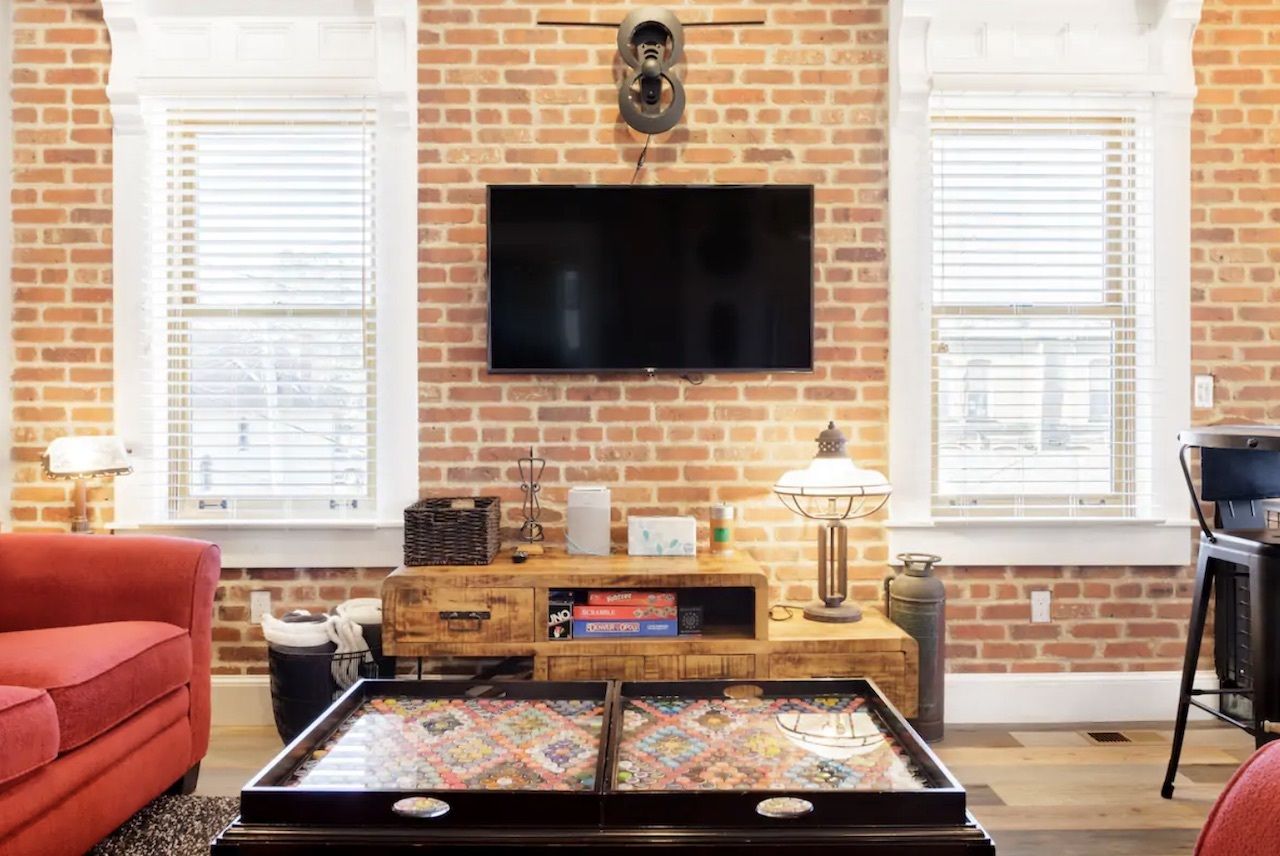 Five Points is Denver’s most historic neighborhood, home to a classic jazz culture and multiple historic music venues. This steampunk-designed loft is in the heart of the neighborhood and the living room is the perfect place for a delivery spread from nearby Birdcall, one of Denver’s hottest restaurants for fried chicken. Plan a route for your day in advance because there are brewpubs in every direction. You want to finish along Larimer or Walnut Streets, effectively making a nearly completed circle. Your legs (or a bike) can carry you even farther to Coors Field, home of the Colorado Rockies, and its surrounding nightlife district. This area is also home to — appropriately — several more breweries and the city’s most famous beer bar, Falling Rock Tap House, which features more than 200 brands of suds.

3. Townhouse in RiNo/Five Points with yard 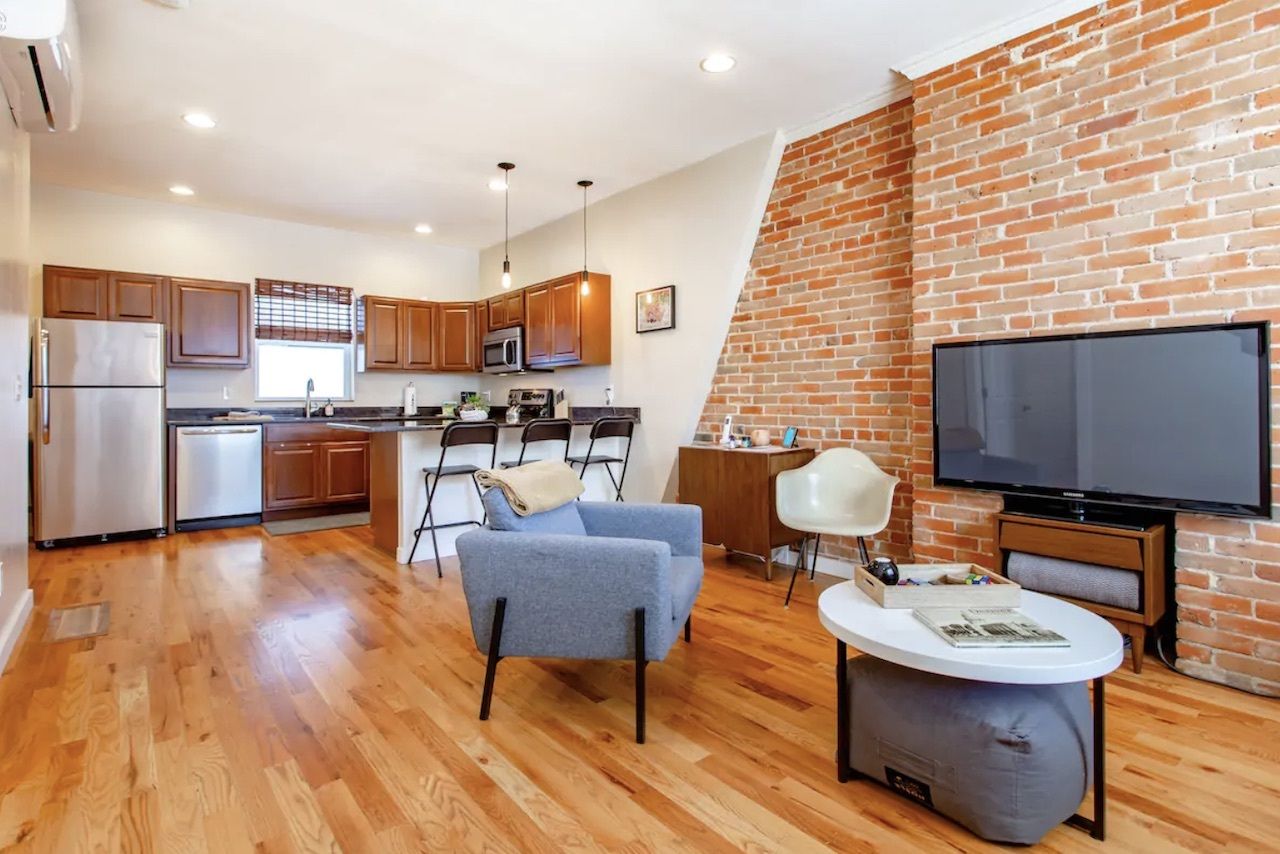 This townhouse is the perfect middle point between the two listings above. The townhouse itself is cozy and spacious, with a fenced-in yard for patio sessions. A Colorado flag provides an ideal selfie backdrop. From RiNo and Five Points, head east via car to visit City Park, a large greenspace home to both the Denver Zoo and the Denver Museum of Nature and Science. Downtown Denver is also a quick jaunt away. Of the Airbnbs in Denver for beer drinkers, this one is the most centrally located. 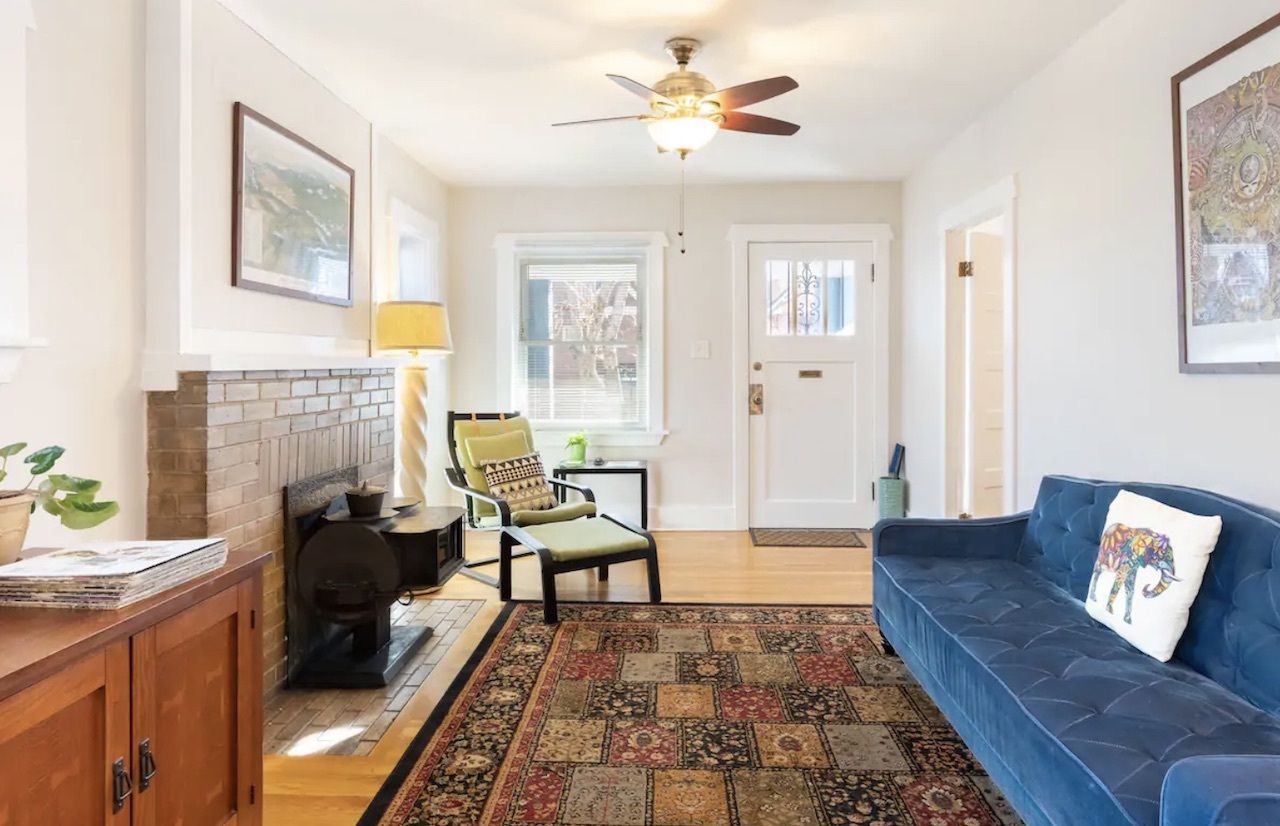 LoHi, or Lower Highlands, is the trendiest part of town. This Airbnb is in a perfect spot for beer drinking, skyline views, and rooftop patios. Start your day with lunch at Avanti Food and Beverage, a massive two-story food hall with a patio overlooking the downtown skyline. Here, plan your beer trail through the neighborhood beginning west of Interstate 25, and then proceeding under the overpass to the breweries on the east side. Denver Beer Co. buzzes with action from the early afternoon on, particularly on weekends, so make this the meeting point if other groups will be joining you along the way. For a bit of variety on tap along with a great meal, stop into the Ale House. 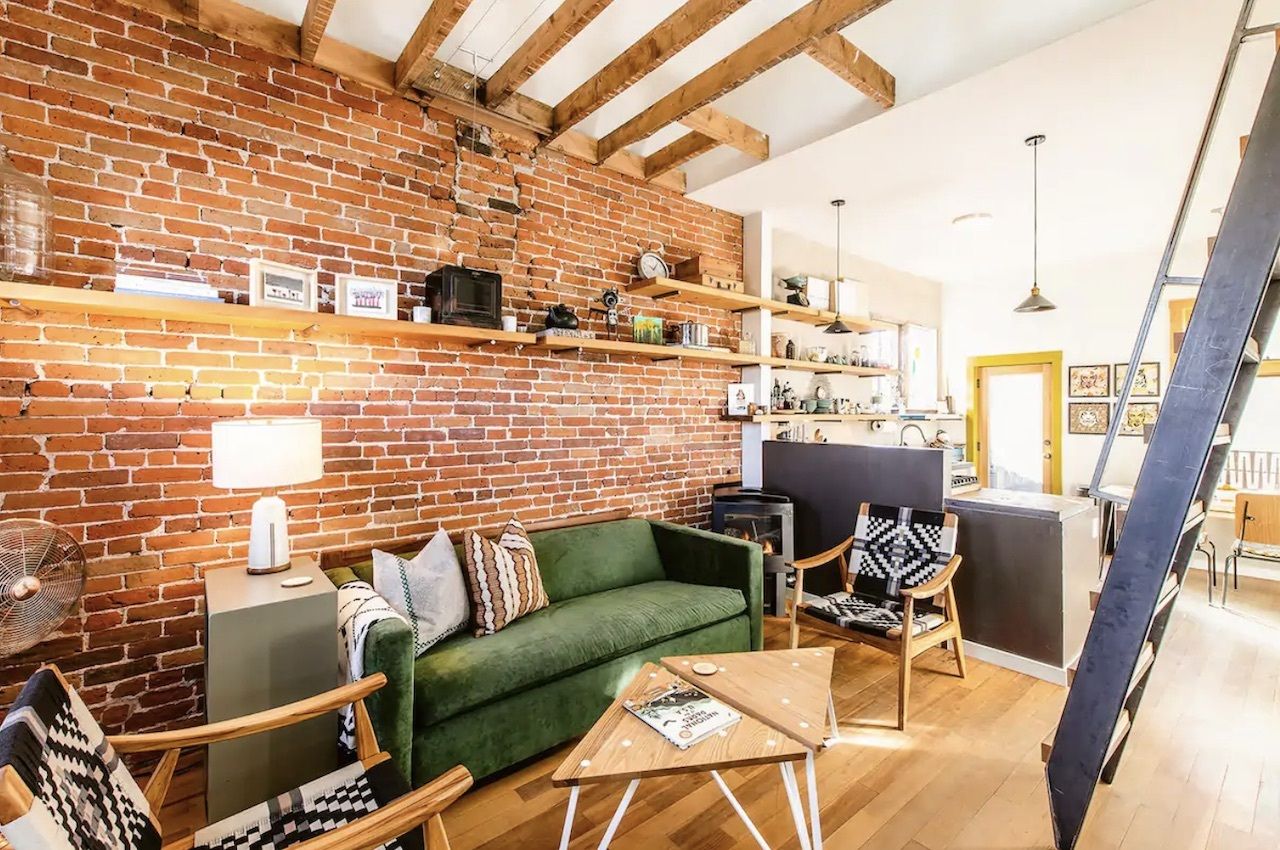 Denver is on full display in this home, lined with local art and furniture and featuring a ladder-accessed loft. This home is great for small groups, and it has plenty of space to lounge without crowding each other. The neighborhood, Lincoln Park, is a great base for exploring Denver because it’s just south of the downtown traffic and crowds, but still a short bike ride or Uber from the action if you want to head out to a show or restaurant in the city center. The Santa Fe Arts District is home to the popular First Friday Art Walk (and Renegade Brewing, which is the place to be before, during, and after the outdoor events). The Denver Broncos stadium, Empower Field at Mile High, is also nearby. And the neighborhood is home to a handful of cozy breweries popular with locals meeting for after-work pints or plotting their mountain escape for the coming weekend. 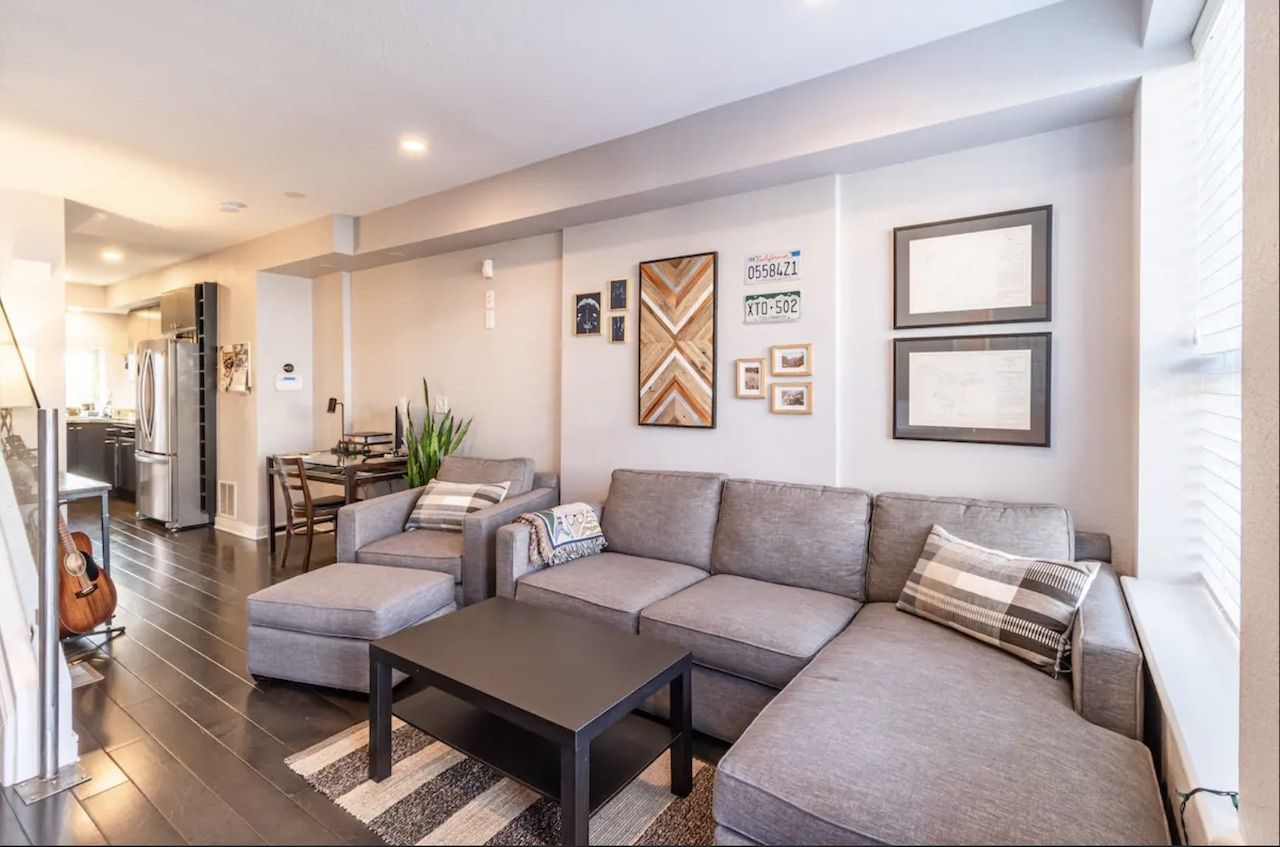 Another solid beer district sits along Broadway, just south of downtown and Capitol Hill. This area has long been known as a hub for the local punk, metal, and indie scenes, with venues large and small, including the Gothic Theatre and Hi-Dive. This Denver townhome rental is walking distance from Broadway and Lincoln Ave., and no one has ever complained about a hot tub after a day of brews cruisin’. 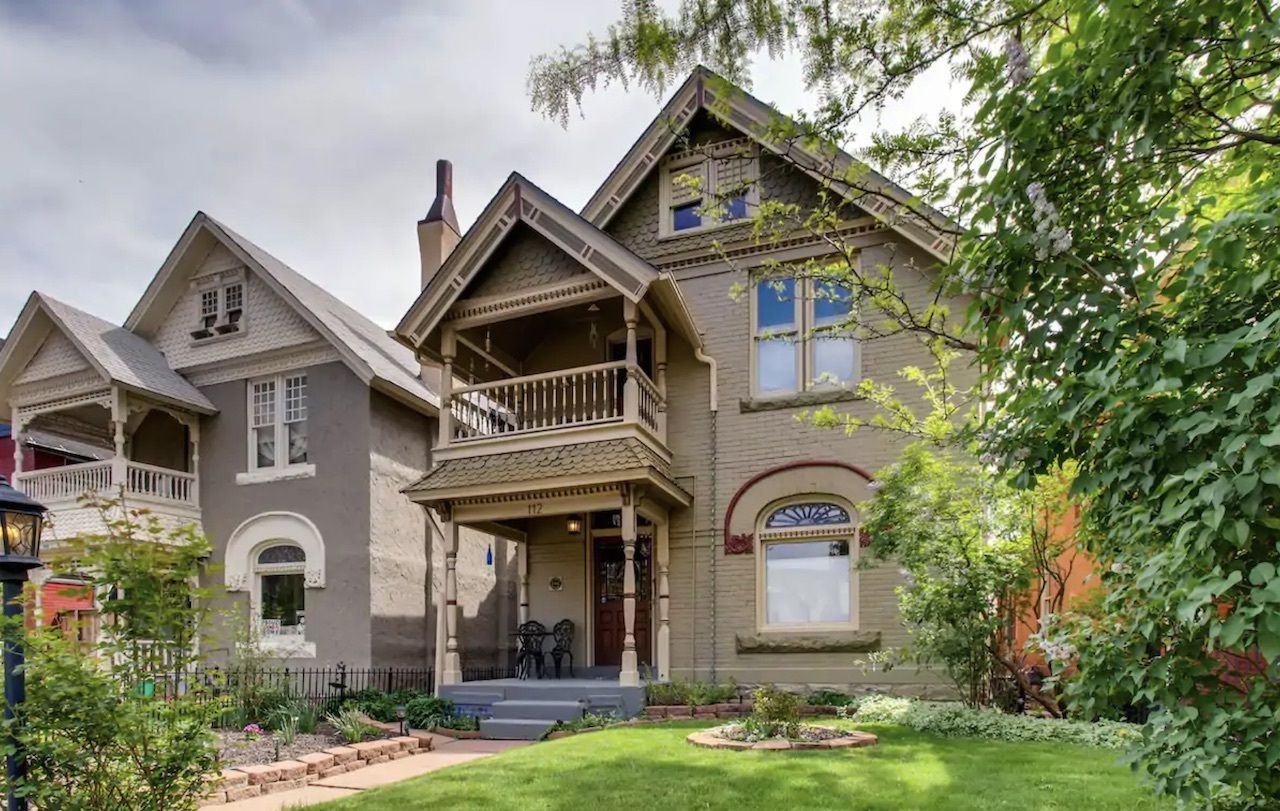 Just north of the above listing, this home remains within walking distance of Broadway and its brewpubs and nightlife while offering more space to accommodate larger groups like bachelor or bachelorette parties among close friends. The neighborhood is vibrant and rich in art, music, and dining, while the home remains tucked away and quiet. Parking is included for two or three vehicles, a major bonus in the city. 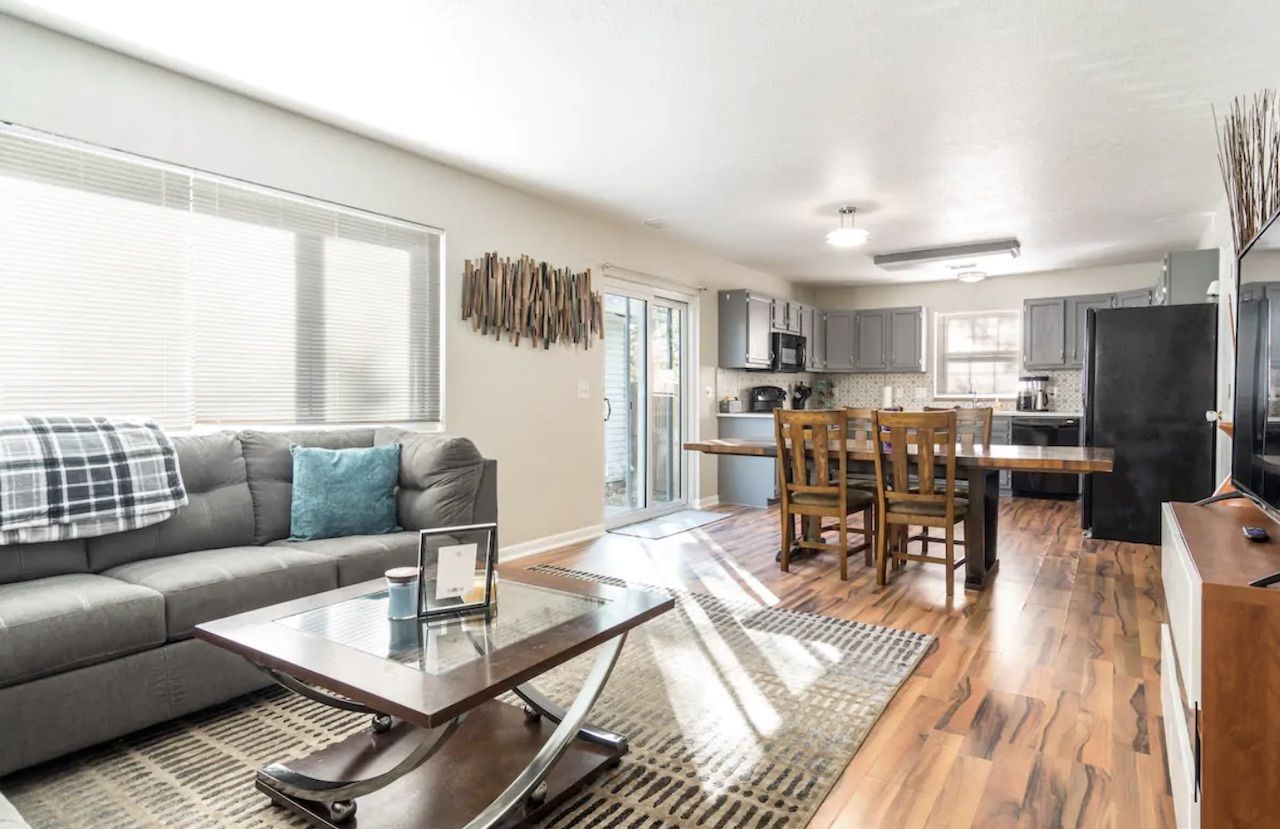 West Colfax is too often overlooked by Denver’s beer guests. The neighborhood not only has the city’s best lake for boating, lounging, or running around, it’s also home to a tight collection of craft breweries that have become staples in the area. This house is perfect for larger groups — again, bachelor or bachelorette parties, family reunions, or work retreats — as well as those visiting town for a Broncos game and wanting to add some beer stops along the way. 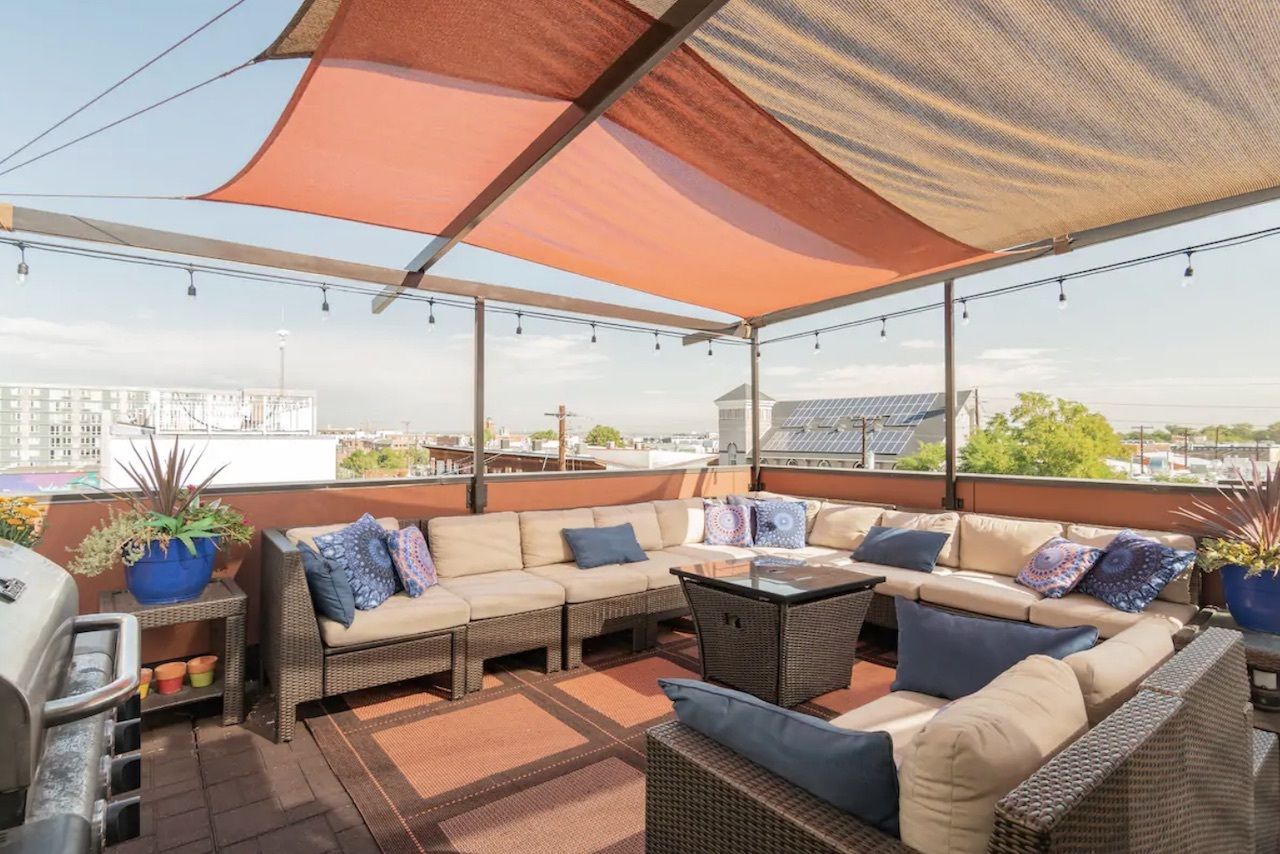 This loft is among the best bachelor or bachelorette party Airbnbs in Denver, no doubt. Right downtown with room for 14 guests, this loft has a rooftop spa and lounge space with an incredible skyline view. It’s also within walking distance to no less than half a dozen breweries and much of the city’s nightlife. Split that cost up among your crew, and don’t even worry about renting a car or taking rideshares — you can walk and take the light rail everywhere from here.

WellnessWhat it’s like to visit Denver’s first craft beer spa
Tagged
Where to Stay Beer Denver, CO, United States
What did you think of this story?
Meh
Good
Awesome

9 of the best places to travel this August for festivals, beaches, and island escapes
8 stunning Airbnbs on Oahu for lush hills, beach vibes, and supreme sunsets
Renting a campervan is the best way to see Puerto Rico beyond the touristy resorts
Build your epic Colorado and Utah road trip with this flight, hotel, and car rental bundle
Vermont’s Northeast Kingdom is its own universe, hidden deep in nature

7 bars that prove Denver is the next great cocktail city

Many major hotels in Denver are secretly 420-friendly. Here’s how to find and book one.

Hiking Hanging Lake, one of Colorado’s most stunning trails

What to eat in Denver, according to Denver’s best chefs

Where to eat and drink at the Denver International Airport

England can save its bars if everyone has 124 more pints in 2021, study finds