It’s no secret Paris has good food. It’s also no secret that it’s quite easy to spend a lot of money enjoying that food. But eating in Paris doesn’t have to break the bank. The city famed for its celebrity chefs and Michelin stars can actually be an affordable food city if you know where and when to go.

Lunch, for example, is a great way to experience some of the higher-end restaurants Paris has to offer without spending your whole budget on one meal. Many Parisian bistros offer set menus of an appetizer, main course, and dessert for lunch that is less expensive than the dinner option. Outside of the fancier, name-brand restaurant options, there are traditional French spots, bakeries, and eateries serving food from around the world at an affordable price throughout the day.

Consider these eight affordable Paris restaurants as a starter guide to good, affordable eating in a city world-famous for its food. 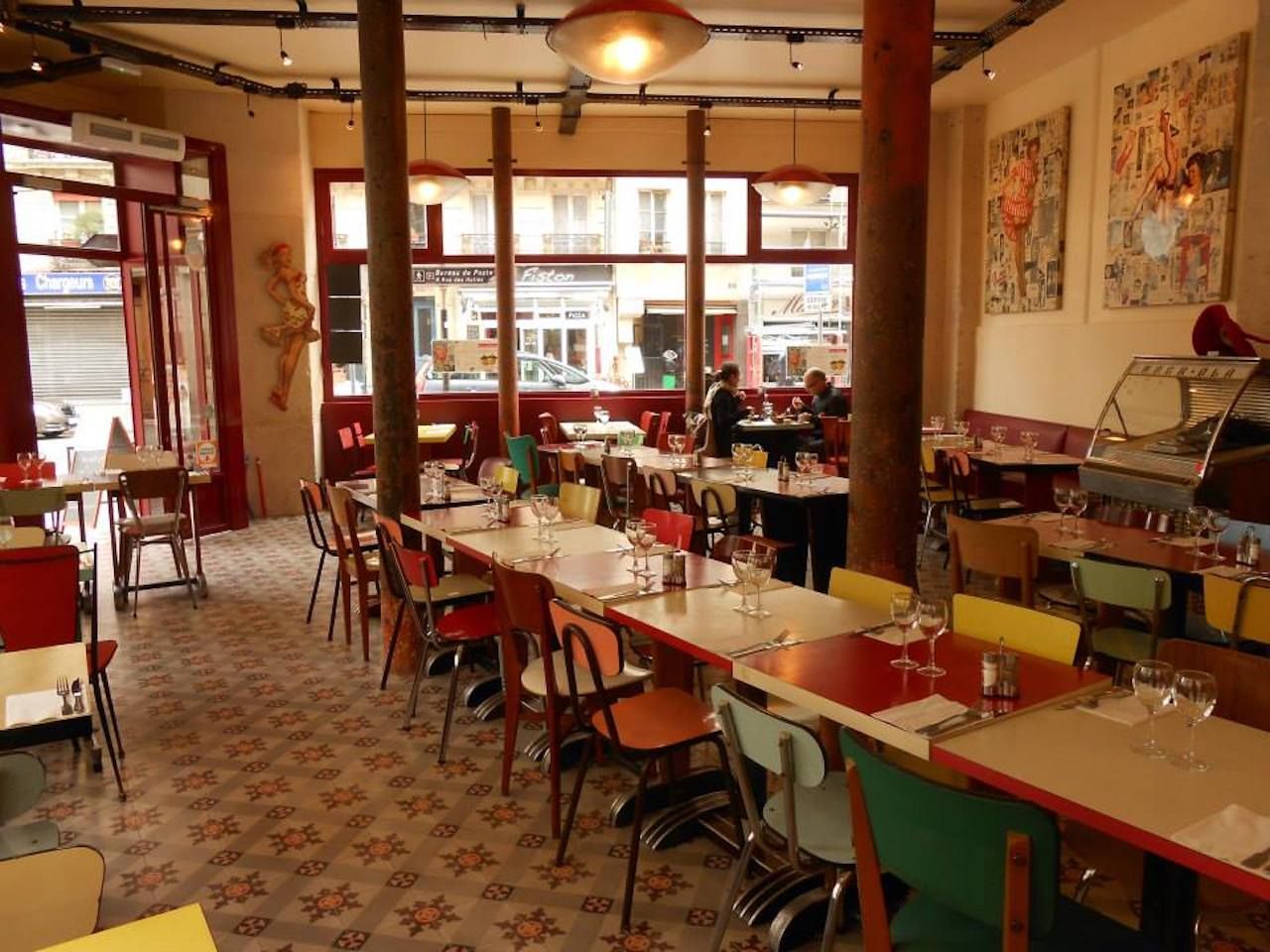 The original location of this popular Basque restaurant offers charm and traditional food in the quaint Butte aux Cailles neighborhood of Paris. Chez Gladines’ menu features hearty salads filled with potatoes, cheese and meats, duck in an unforgettable Roquefort sauce, and poulet Basquaise (slow-cooked chicken in a spicy tomato sauce). No dish runs more than 19 euros ($21), and you can add in a pitcher of wine for €10 ($11).

L’as du Fallafel, located in the heart of the Marais district of Paris, is known for pitas that come overflowing with falafel, sauces, and salads. Don’t let the line deter you as this well-oiled establishment cranks out some of the city’s best falafel for about €6 ($7). Take your pita to-go and enjoy the nearby Place des Vogues, or dine inside for a larger menu filled with Israeli salads and shawarmas. Note that L’as du Fallafel is closed Saturdays. 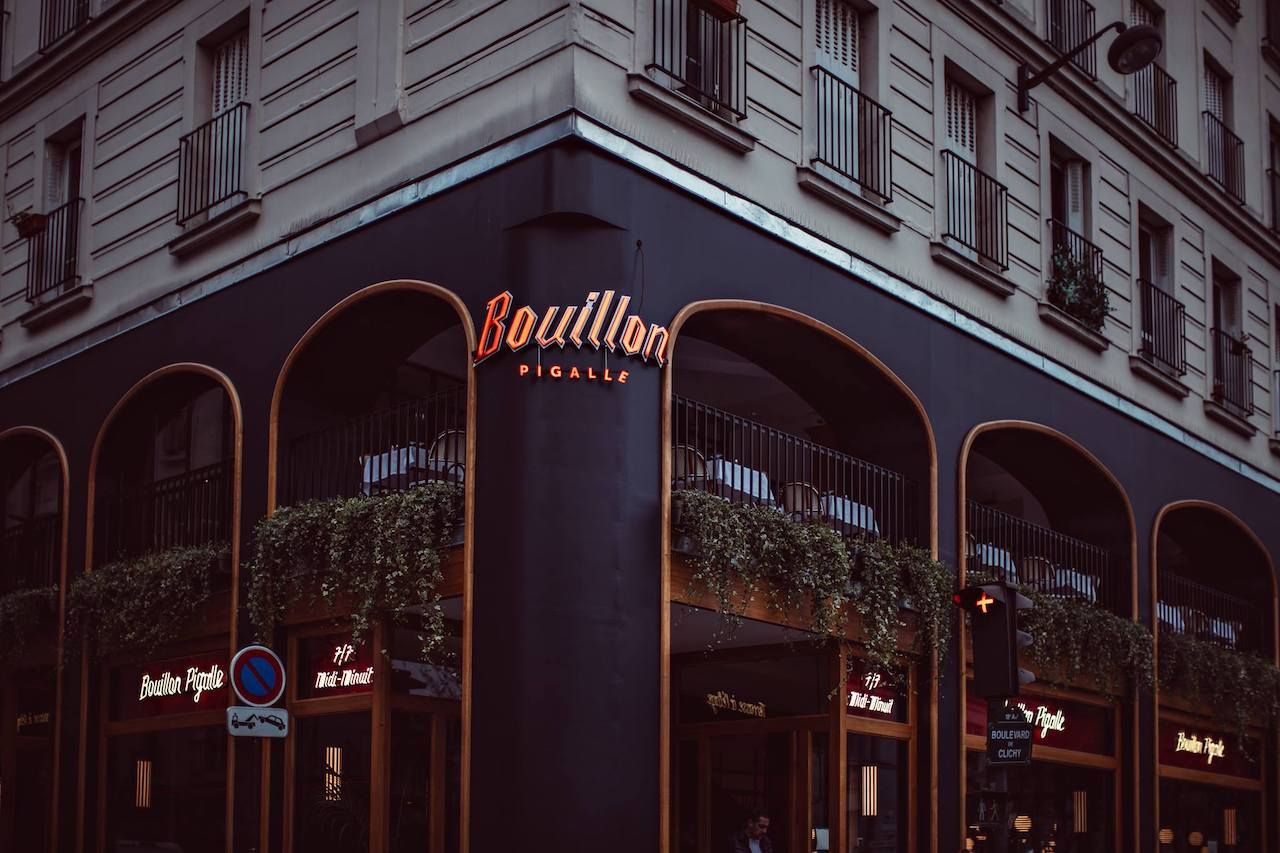 Bouillon translates directly to broth, but the term was commonly used in the late 19th century to describe a restaurant the served quality French food at an affordable price. Many bouillons still exist today with large spacious interiors and lines queuing around dinnertime. Bouillon Pigalle serves traditional French food (think onion soup and steak frites) with modern décor and a bustling atmosphere. A three-course meal here will cost around €20 ($22), leaving room in your budget for that extra verre du vin.

Creperie Genia is possibly the best deal in Paris. This tiny creperie in Saint Michel offers crepes and paninis at unbeatable prices. The menu has different forumules, which include a panini or savory crepe, a sweet crepe, and a drink for €5 ($6). You can eat in the dining room upstairs or take your meal to go and sit on the banks of the Seine just under Notre Dame. 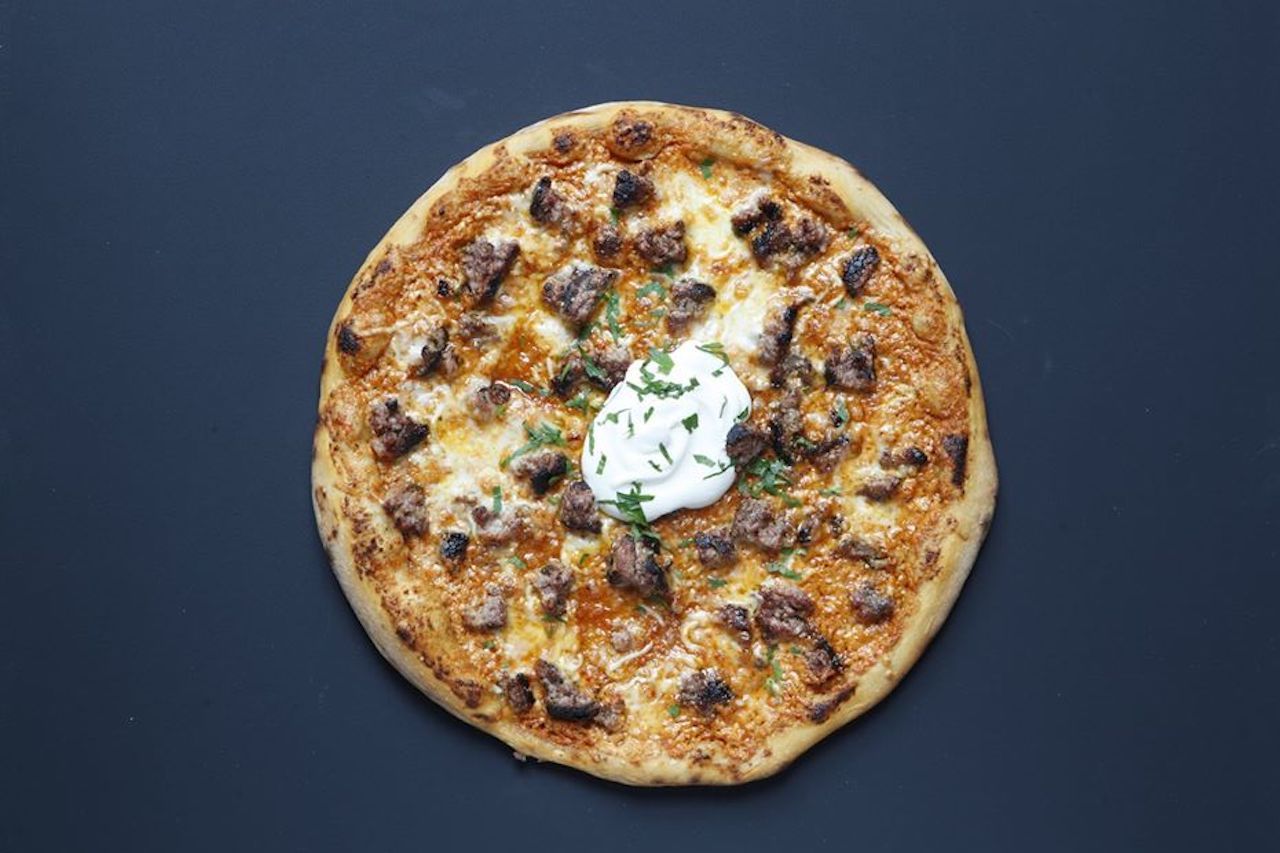 If you find yourself craving pizza, especially on a sunny day, Pink Flamingo is the place to go. Located on the Canal Saint-Martin, this pizza spot will give you a pink balloon once you’ve ordered and then deliver your fresh pie to wherever you are sitting along the canal. The pizzas range from €10 to €15 ($11-17) with standard topping options, as well as some more adventurous toppings like hummus or smoked salmon. Whatever you choose, it makes for a memorable and delectable picnic.

Where: Various, with the popular canal location at 67 Rue Bichat, 75010

Although the French food in Paris is great, sometimes you need a break. Paris’s little Tokyo on Rue Saint-Anne provides just that with an assortment of Japanese restaurants, bakeries, and grocery stores. Naniwa-Ya is a small, cozy restaurant that doesn’t look like much from the outside but offers delicious Japanese comfort food. The value is especially good at lunch when there are several set menus that include a bowl of noodle soup, a Donburi rice bowl, and a salad for €11 ($12). After 3:00 PM, the set menus are not available, but prices remain reasonable throughout the day. 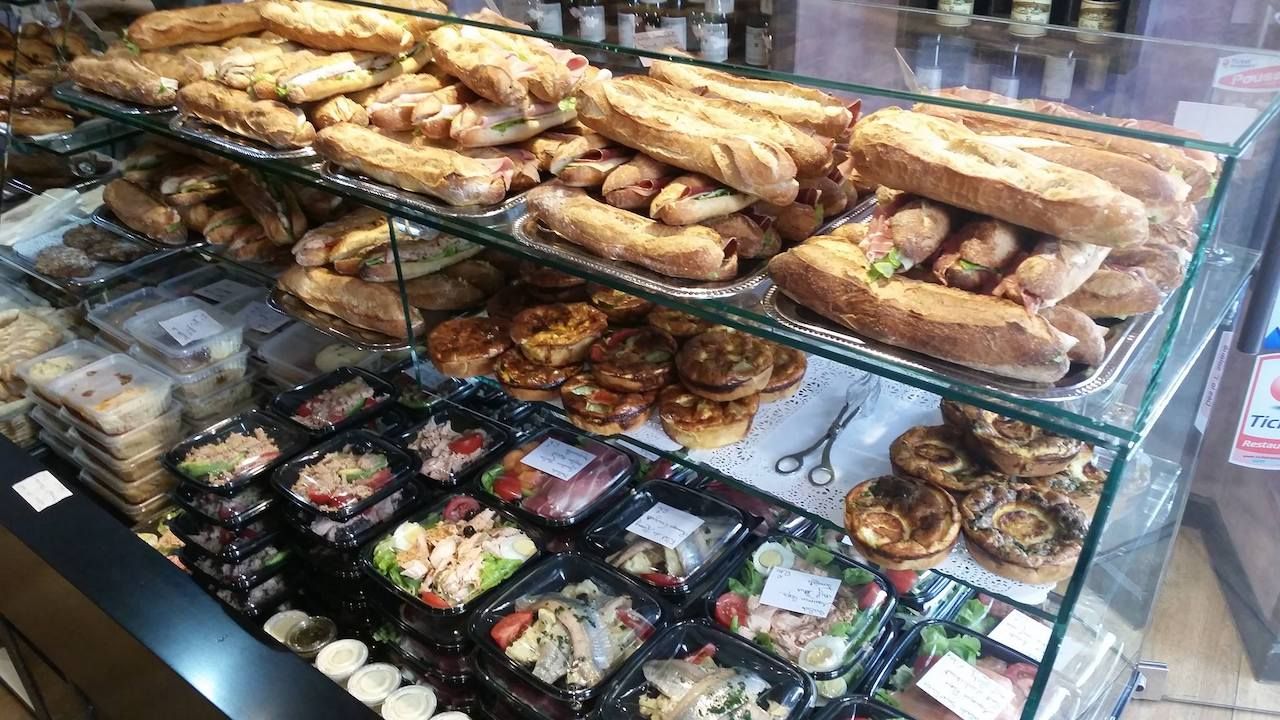 While there is no shortage of bakeries in Paris with baguette sandwiches, Petit Lux stands out. Located just a few minutes from the Luxembourg Gardens, it’s a great stop for a picnic. Each sandwich (options include tuna, chicken, veggie, or the Parisian classic ham and cheese) costs less than €5 ($6) and is perfectly crunchy and delicious. There are a few neighboring grocery stores (Franprix & Monop’) that have any additional picnic supplies you need like a bottle of wine. Come early as the sandwiches tend to sell out later into the afternoon.

Le Baron Rouge, French for the red barrel, is a small, unpretentious wine bar. Order your glass, pitcher, or bottle of wine by bottle or directly from one of the barrels in the bar, and drink it along with a cheese and charcuterie platter. A glass of wine won’t cost you more than €5 ($6), bottles run anywhere from €10 to €25 ($11-28), and the cheese and meat plates vary from €7 to €15 ($8-17). Le Baron Rouge is especially popular on Sundays when locals gather around the barrels-turned-tables for a midday glass of wine as they take a break from their weekend shopping at the nearby Marché d’Aligre.

Food + DrinkWhen Paris isn’t what you expected, go to a cafe
Tagged
Restaurants + Bars Trip Planning Paris, France
What did you think of this story?
Meh
Good
Awesome