With fewer than five months to go until the start of the 2020 Olympics in Tokyo, Olympic officials have canceled a dance performance by Japan’s indigenous population, the Ainu people, that was set to be part of the event’s opening ceremony on July 24.

Kazuaki Kaizawa, an official at the Hokkaido Ainu Association, told Reuters that they received notice that there wasn’t any room to fit them in the ceremony. “We have been preparing and it is a disappointment, but we hope there will still be a chance for us to show Ainu culture elsewhere.”

There has been no further comment from Olympic officials on the matter.

The Ainu are Japan’s indigenous people, with a population that has mainly been (and still is) concentrated in Hokkaido, the country’s northernmost island, though they’ve also historically resided in the Kuril Islands and Sakhalin. They worship animals and nature, particularly the elements. Their population numbers have dwindled over the years, and a survey conducted by the Hokkaido government in 2013 found that the total number of Ainu people living in Hokkaido at the time was 16,786. The survey does acknowledge that the scope was limited so the numbers are likely larger — but not by much, keeping them as a minority group.

Very little is known about their origins, and whether that’s due to forced assimilation or some other factor remains unanswered. Starting around the 15th century, a series of Ainu uprisings occurred as a direct result of the Japanese wanting to use much of their land for trade. Eventually, the Ainu were conquered and the Japanese were allowed by law to own Ainu land. In 1899, the government forced the Ainu to assimilate by enacting the Hokkaido Former Aborigines Protection Act, which regulated education for Ainu children — meaning that their own traditions and customs were erased to be replaced by the national education system the rest of Japan was following. In addition, the law banned the Ainu from speaking their language and participating in their own cultural events and religion. The effect of the law can still be seen today as the Ainu language is listed as critically endangered by the Endangered Languages Project.

Work to repeal the act began in 1970, due to the resolve of the Hokkaido Association of City Mayors and the Ainu Association of Hokkaido. In the coming years, the Ainu’s determination paid off through small victories, such as in 1987, when Ainu representatives participated in the United Nations Working Group on Indigenous Populations for the first time in Switzerland; in 1989, when the ILO Conference in Geneva, Switzerland, revised the 169th international treaty to reject the past push for assimilation and support indigenous people’s rights; and in 1990, when the United Nations declared that 1993 would be designated as the “International Year of Indigenous People.”

But the bigger wins came toward the end of the 20th century and into the 21st. In 1996, the Hokkaido Former Aborigines Protection Act was repealed, and the Law for the Promotion of Ainu Culture and the Dissemination and Advocacy for the Traditions of the Ainu and the Ainu Culture was enacted. And just last year, the Japanese government passed a law that officially recognizes the Ainu as “indigenous” and requires its different governments to promote Ainu culture as reparations — though some activists believe that the motion is not enough.

Where to experience Ainu culture today 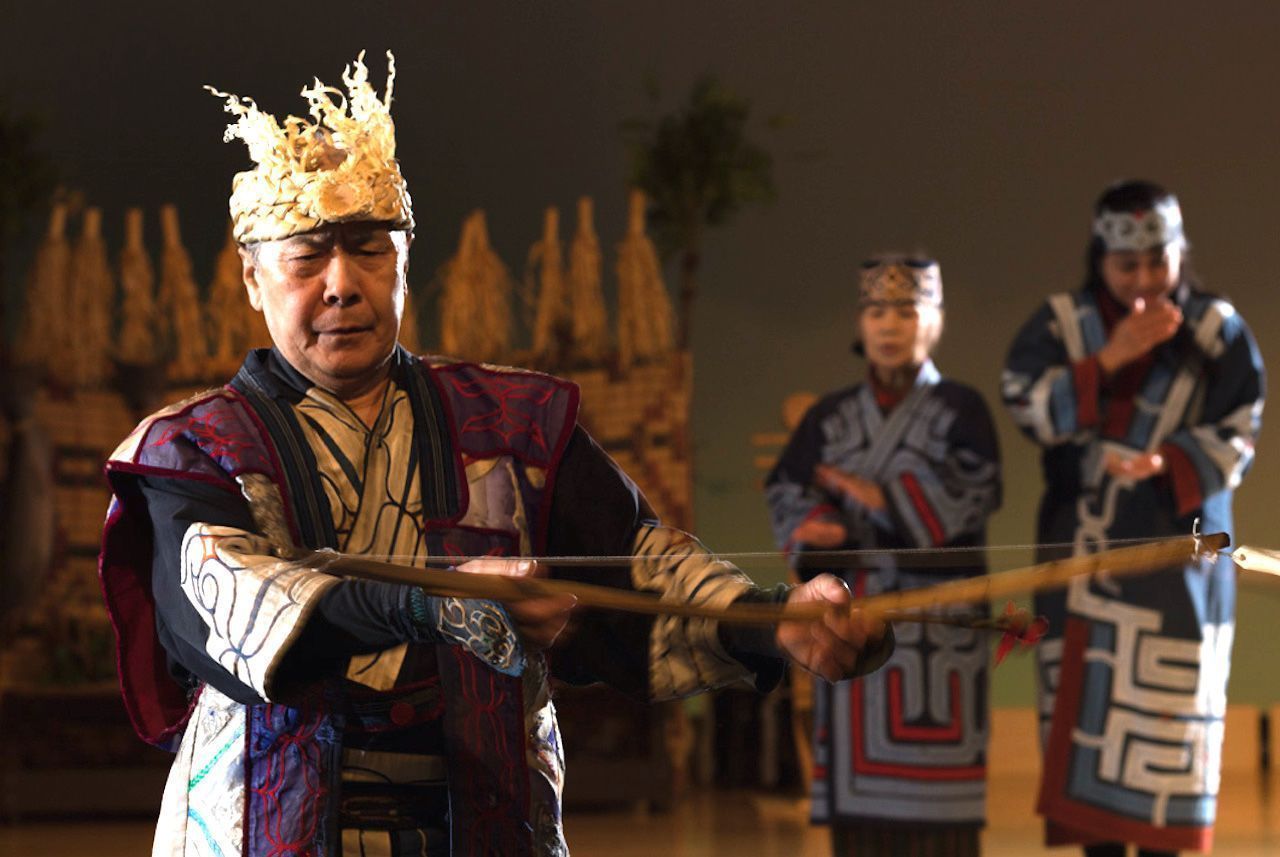 While people won’t be able to experience Ainu culture at the Olympics this year, there are still a number of ways tourists in Japan can do so when visiting the island of Hokkaido. 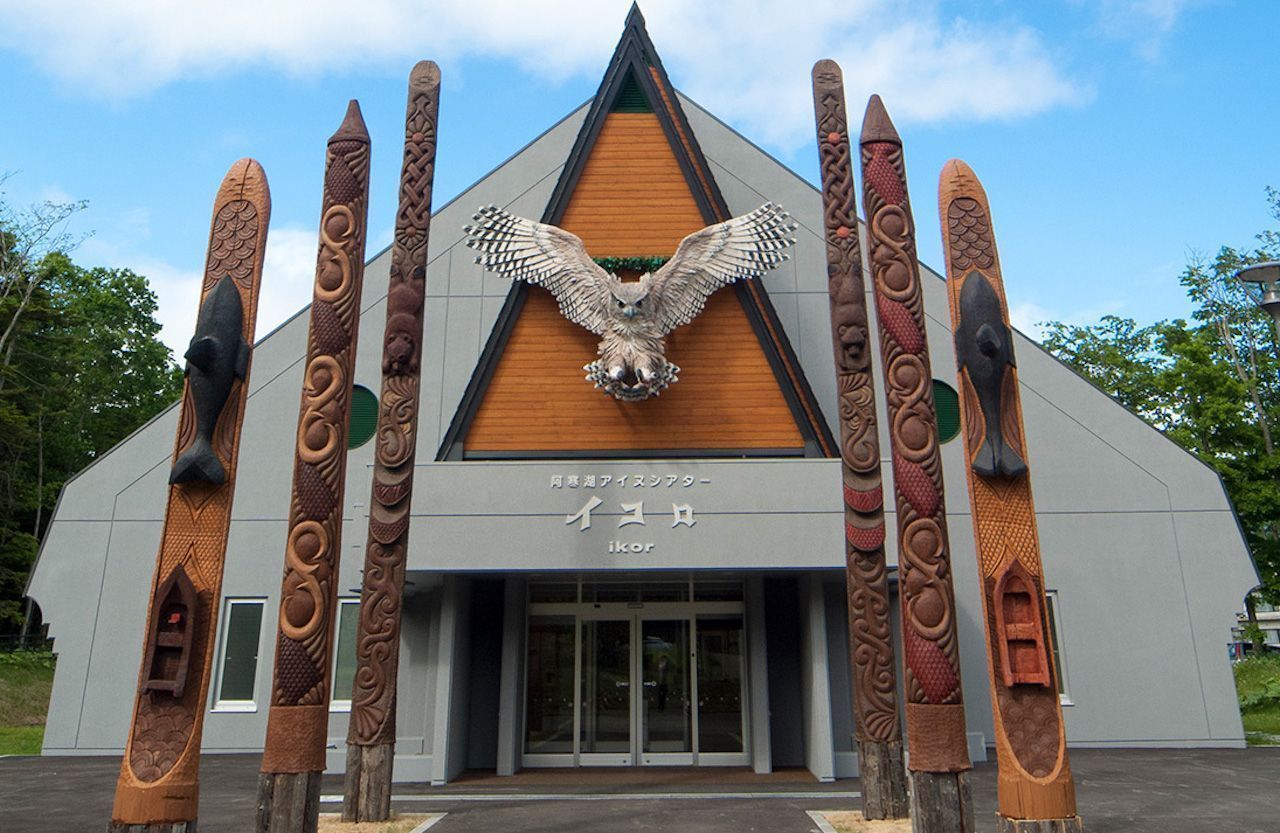 The Ainu settlement of Lake Akan, home to about 120 people, is open to visitors daily. This particular settlement is known for its craftspeople who create magnificent works of art, such as detailed wooden carvings of animals, which can be perused at craft shops. Besides browsing potential art purchases, visitors can eat traditional Ainu food at various restaurants in the area and watch traditional Ainu dance performances, an art form that was listed as intangible cultural heritage by UNESCO in 2009, at the Ikor Theater. Lake Akan also hosts the annual Iomante Fire Festival, where musical and dance performances are put on to continue preserving Ainu culture.

Also on Hokkaido is Nibutani, an area with several Ainu villages. Nibutani also has a museum dedicated to Ainu culture. Called the Biratori Nibutani Ainu Culture Museum, it focuses on everyday items used by the Ainu people. Many of these items, ranging from clothing to instruments, have been designated by the Japanese government as Important Tangible Folk Cultural Property. The museum also has a hands-on learning center where visitors can try their hand at wood carving and embroidery, though this must be booked in advance.