Airport lounges provide a temporary escape from the madness of connecting flights and busy terminals, making for a great place to catch up on emails while letting a glass of wine take the edge off a hectic day. Long thought of as a haven for business travelers and the wealthy, the increasing affordability of air travel combined with the proliferation of travel-focused credit cards has made airport lounges more accessible to the general public. At somewhere between $35 and $65, a single-use lounge pass still costs more than it’s worth, but there’s no need to ever buy one. It’s easier than ever to step up your next airport experience, with a complimentary newspaper and a glass of wine in hand. 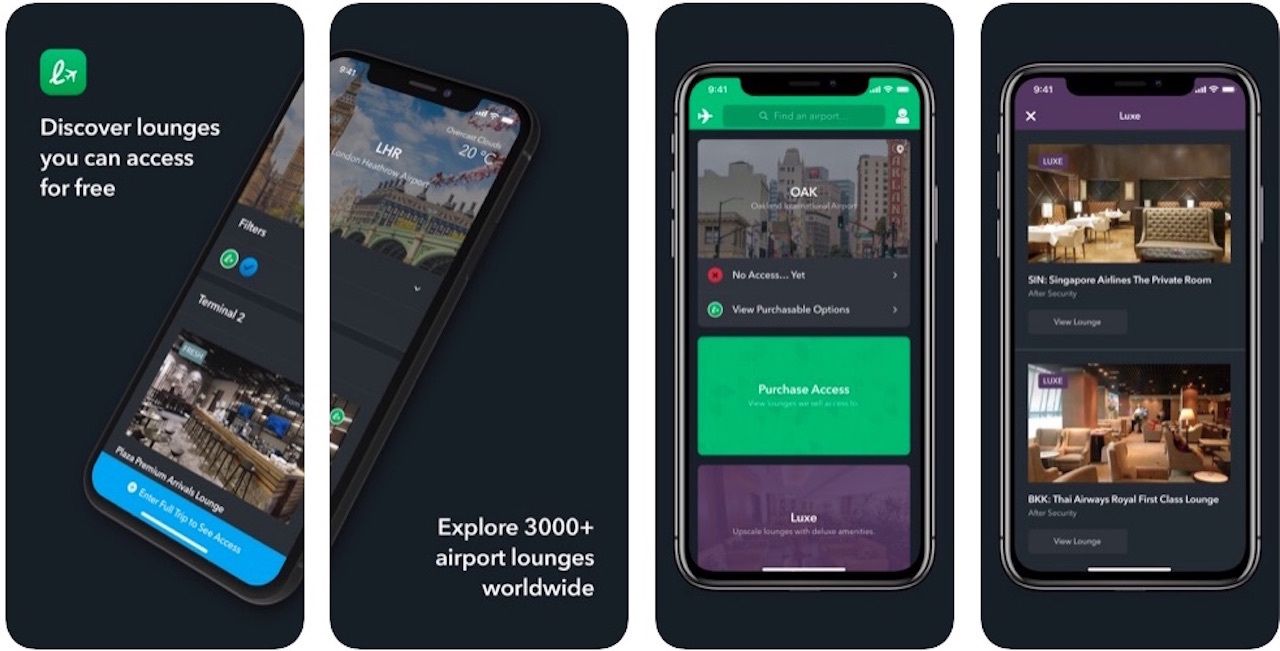 Before booking any further travel, open the app store and download two apps straightaway: LoungeBuddy and Priority Pass. The former lists and sells passes to nearly every lounge worth visiting worldwide, frequently at a discount (entries often start at $27 but can be as low as $10). The latter app is a membership program that provides complimentary lounge access at more than 1,200 lounges both in the US and abroad (don’t worry, you don’t even need to buy the membership).

The next step is to put some plastic in your wallet and use said plastic to get into lounges for free using Priority Pass or LoungeBuddy. While many balk at the annual fee attached to most high-end travel rewards credit cards, airport lounge access is among the best ways you can offset that cost while making your travels more comfortable. The Chase Sapphire Reserve card, for example, comes with free Priority Pass Plus membership, which allows for 10 single-use passes per year. These include many locations from lounge brands Plaza Premium and SkyTeam, but few airline-affiliated lounges. Given that a Plaza Premium pass runs between $35 and $65, frequent fliers can easily offset some or even all of the card’s $450 annual fee, also saving themselves from buying overpriced food and drink inside the terminal.

Other top credit cards for Priority Pass membership include the Platinum Card from American Express, whose $550 annual fee puts you inside the luxe Centurion lounges, Delta Sky Club (if flying Delta), as well as those available with Priority Pass Plus. The Ritz Carlton Rewards credit card offers Priority Pass Plus membership and a $300 travel credit usable toward additional lounge purchases. When considering applying for a credit card, check its “perks” before submitting your application — any travel rewards card with an annual fee of $450 or more isn’t worth it without complimentary lounge access. The American Express Green card provides $100 per year in statement credit for LoungeBuddy purchases, enough for at least two or three visits.

3. Rack up those airline miles. 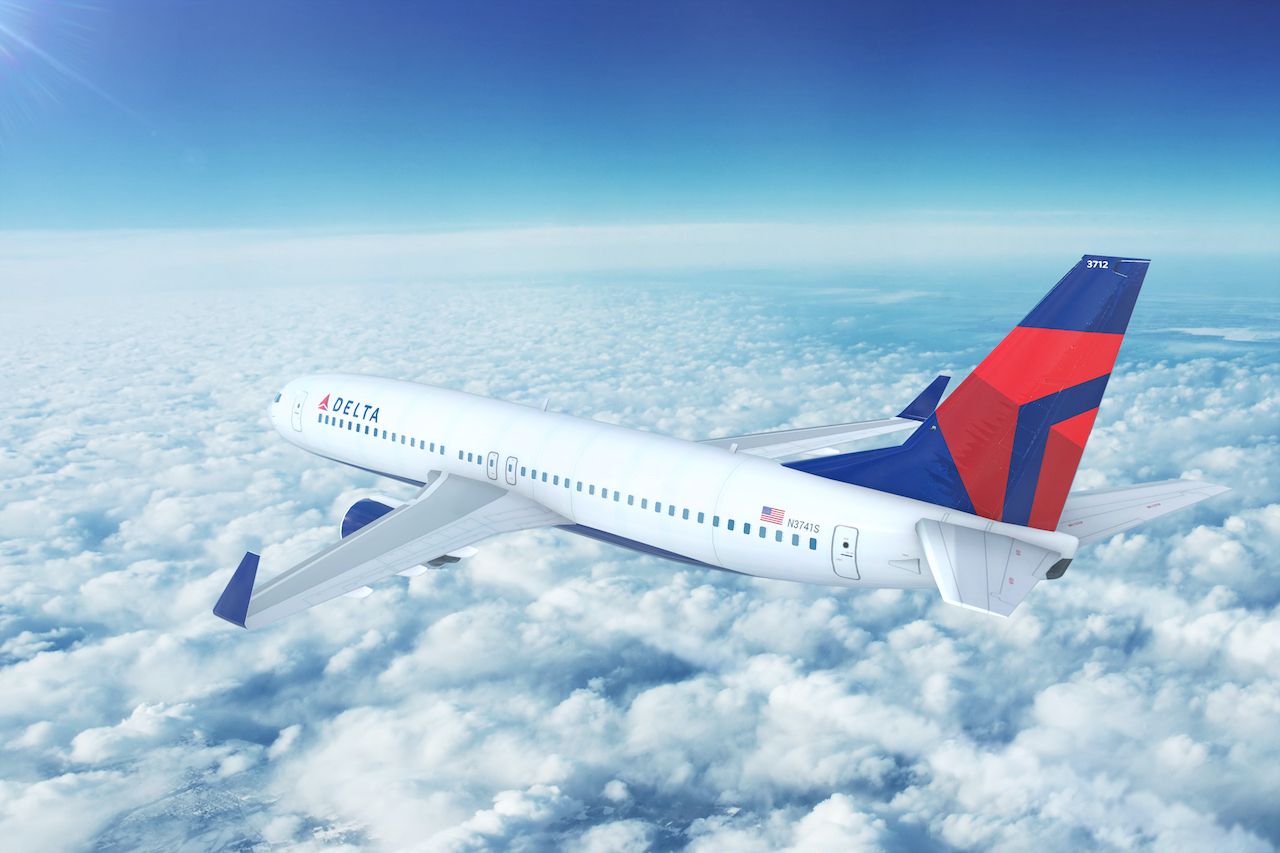 Low-tier airline-specific credit cards typically offer a limited number of lounge passes per year to its lounges. United MileagePlus cardholders receive two annual passes to the United Club as part of the card’s $95 annual fee, enough to offset that cost, with the same true for other top-tier airlines. Should you need — or want — more than two passes, there are two options. The first is to simply upgrade to the airline’s top-tier card, which like those noted above, is likely to include 10 or in some cases unlimited access, but with a higher annual fee.

The second is to fly with legacy airlines and horde miles like your life depends on it. Elite status holders with United, American, and Delta, among others, all receive lounge access for the calendar year in which their elite status is valid. For frequent travelers, the best practice for earning elite status is to identify an airline that best services your specific travel needs, and apply for one of its rewards credit cards. If your home airport is a “hub” for an airline, meaning it is a starting point for a wide range of flight routes, that airline is often the best option. Alternatively, if your company frequently flies you on a certain airline or your family often uses an airline, that airline’s credit card may best suit you. With the card, you’ll collect miles both when flying and when making purchases, each time getting closer to elite status and all the perks therewithin.

What to expect in an airport lounge 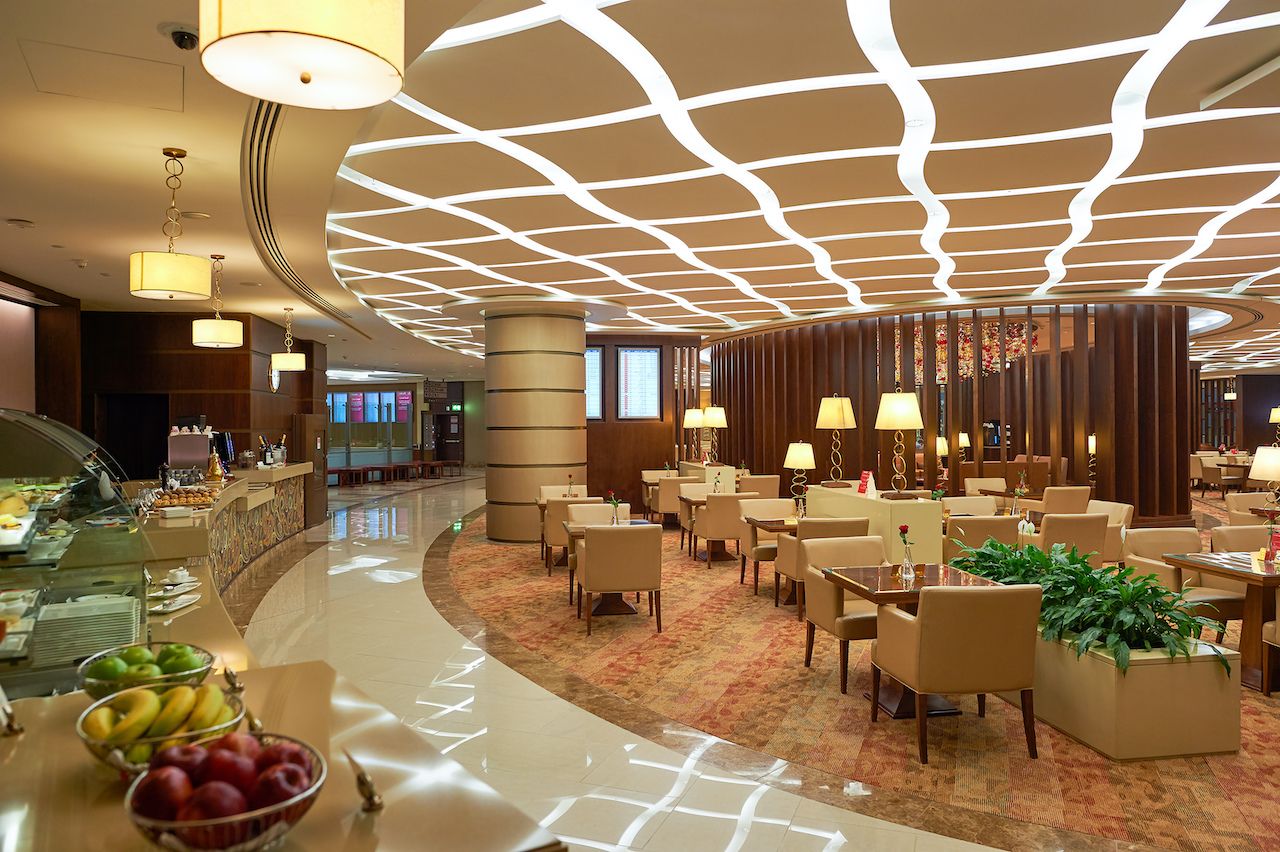 You’ll still see plenty of suit-and-tie clad business travelers in the lounge, but it’s not expected that you be one of them. Unless stated otherwise on the lounge’s website or at reception, dress codes are “smart casual,” meaning no flip-flops or pajamas, no offensive messages, and a general vibe that you’ve considered your appearance for a mature, indoor setting — men in tank tops may be asked to change, for example. Your pass is likely time-limited to somewhere between two and four hours, so don’t plan to hang out all day. Use that time to eat, catch up on things, nap, and if you’re straight off of a red-eye, take a quick shower.

Alcoholic drinks including beer, wine, and some spirits are typically included with admission, but keep in mind many lounge patrons are traveling on business or with children and it’s not appropriate to treat this as an “open bar” policy. Staff will be quick to cut off those approaching intoxication. The same goes for noise. The general atmosphere in an airport lounge falls somewhere between a library and a co-working space — general conversation is fine at a reasonable volume, but longer phone and conference calls should be taken in designated call booths or stalls.

Where you can indulge, however, is at the buffet. While far from what’s found at a Vegas casino (Centurion lounges notwithstanding), lounge buffets feature light options such as finger sandwiches, wraps, and soups, along with cheese and cracker trays or salads. In the morning, expect a hot breakfast with eggs, bacon or sausage, and fresh fruit. Eat a full meal and if granola bars or pretzels are offered, your in-flight snack is taken care of as well.

Business TravelSign Up for These Programs To Make Travel Easier in 2022
Tagged
Airports + Flying Financial Savvy Insider Guides
What did you think of this story?
Meh
Good
Awesome