No matter how many flight simulators, slip-n-slides, or Cinnabons an airport installs in its terminals, no one is going to the airport just to “hang out.” Airports will always be a necessary and tedious way of getting from point A to point B, but that doesn’t mean those airports can’t get creative, reduce the tedium, and make the experience as enjoyable as possible for passengers.

Some of the world’s airports are doing more in this department than others, getting innovative with their use of space, and even reimagining terminals to include fun, interactive experiences. So while you’ll probably never say, “I can’t wait for my eight-hour layover in Vancouver,” you might actually say, “Thank God my layover is in Vancouver — at least they have an aquarium.” These are the airports whose unique attractions actually make layovers bearable. 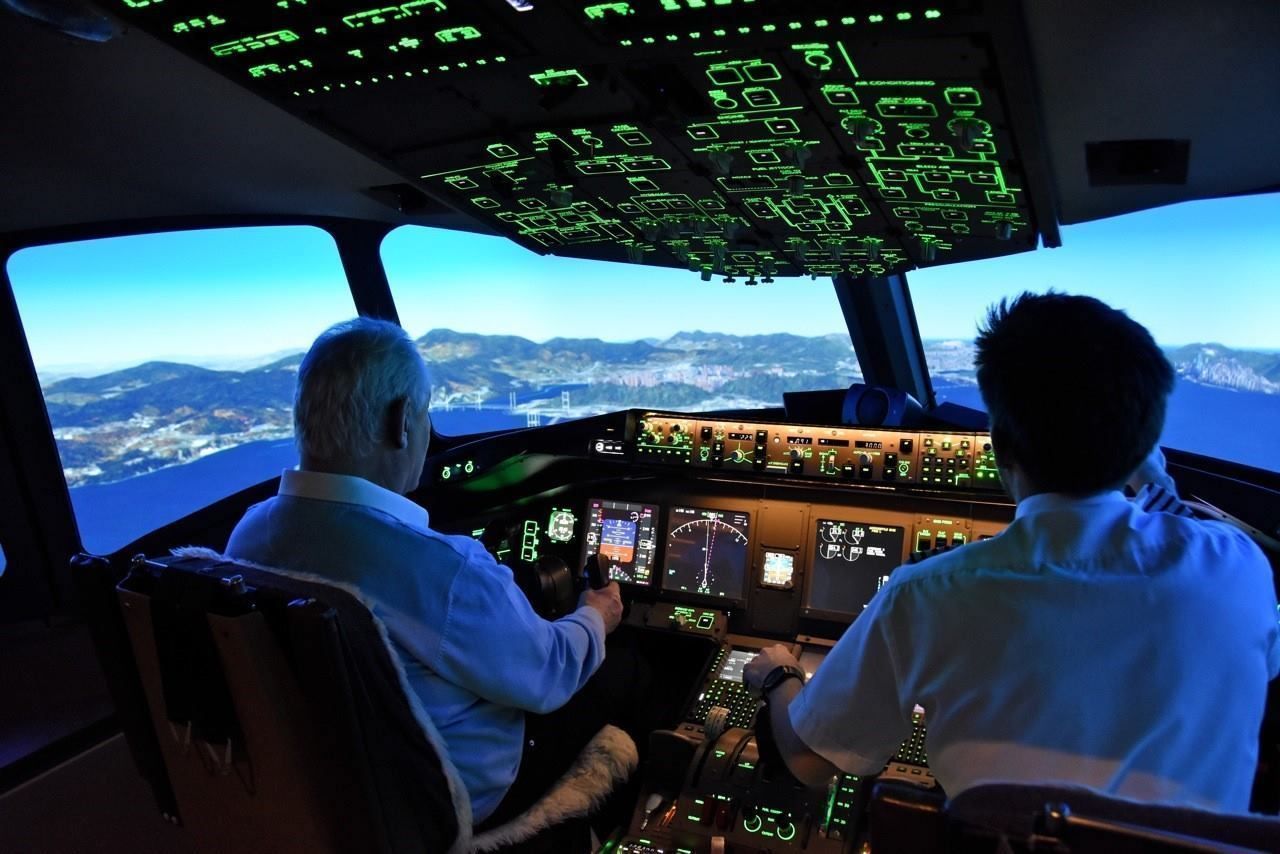 Piloting an actual plane during your vacation is probably out of the question, but learning the basics is a great way to pass the time until you actually have to board. At Zurich Airport, the Sim Academy is a flight simulation program that will teach you how to fly. You can choose from solo and group training sessions and four different types of aircraft. It’d be pretty easy to get wrapped up in the simulator and realize your flight departed hours ago, so make sure you set an alarm.

Airports with old, out-of-use attractions aren’t typically ones you’d want to visit. Sarajevo International is the exception. A tunnel built during the Bosnian War in 1993 runs underneath the airport and once connected various Bosnian territories when Sarajevo was under attack by the Serbians. Dubbed the Tunnel of Hope, it was used to transport arms, supplies, and other resources to sustain the territories under siege. It was also used by the UN for distributing humanitarian aid to the area. It’s easily one of the creepiest ways to kill time before a flight, but hey, when people ask “How was your flight?” at least you’ll have an interesting prelude. 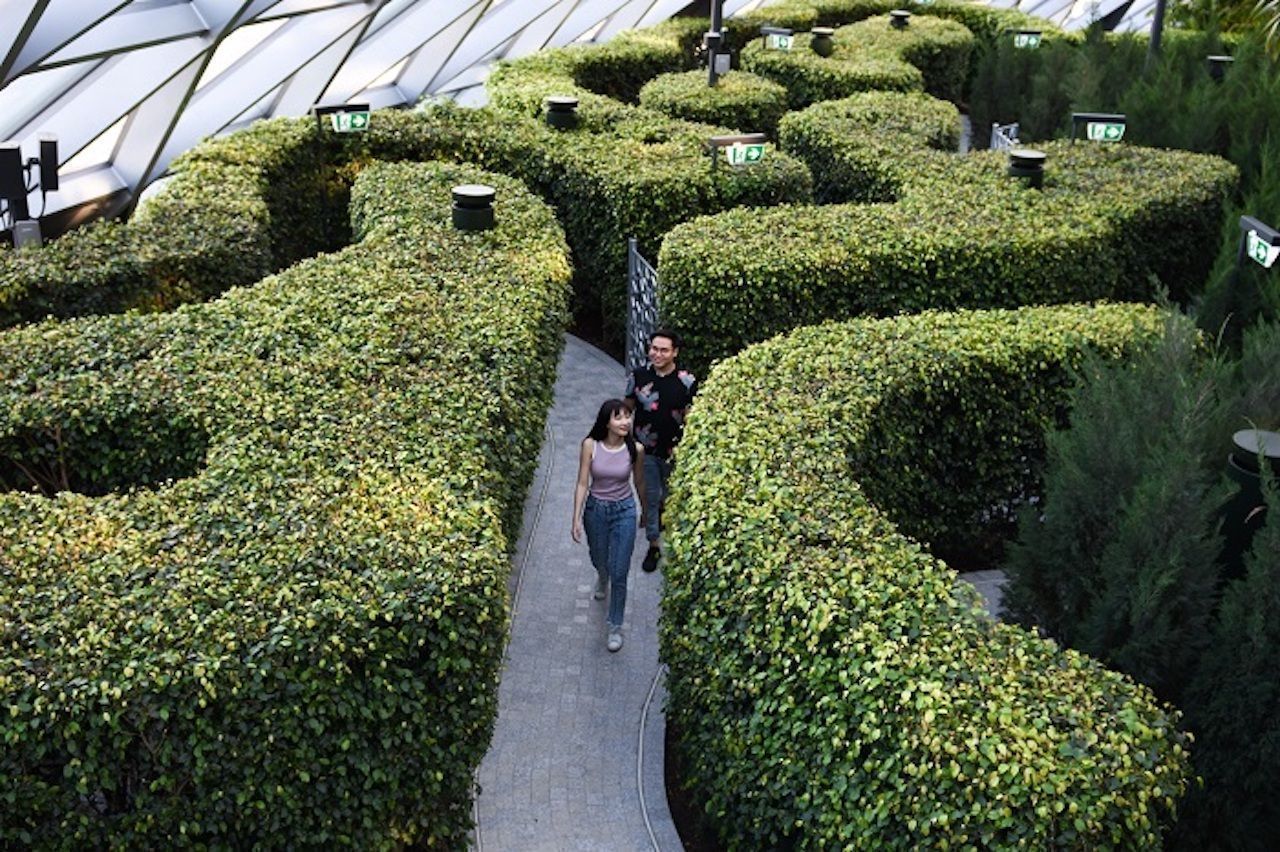 Some airports could be aptly described as mazes due to a lack of signage and layout that’s less than intuitive. Changi Airport, one of the world’s most modern, innovative airports, definitely doesn’t fit that description. That hasn’t stopped them, however, from installing an actual maze inside its terminals. Made from a labyrinth of hedges, the winding garden is considered the largest hedge maze in the country. If you make it through, you’ll be rewarded with a bird’s-eye view of the maze from above. Once you conquer the maze, you can check out one of the airport’s many other attractions, including a twisting slide that will bring you right to your gate. 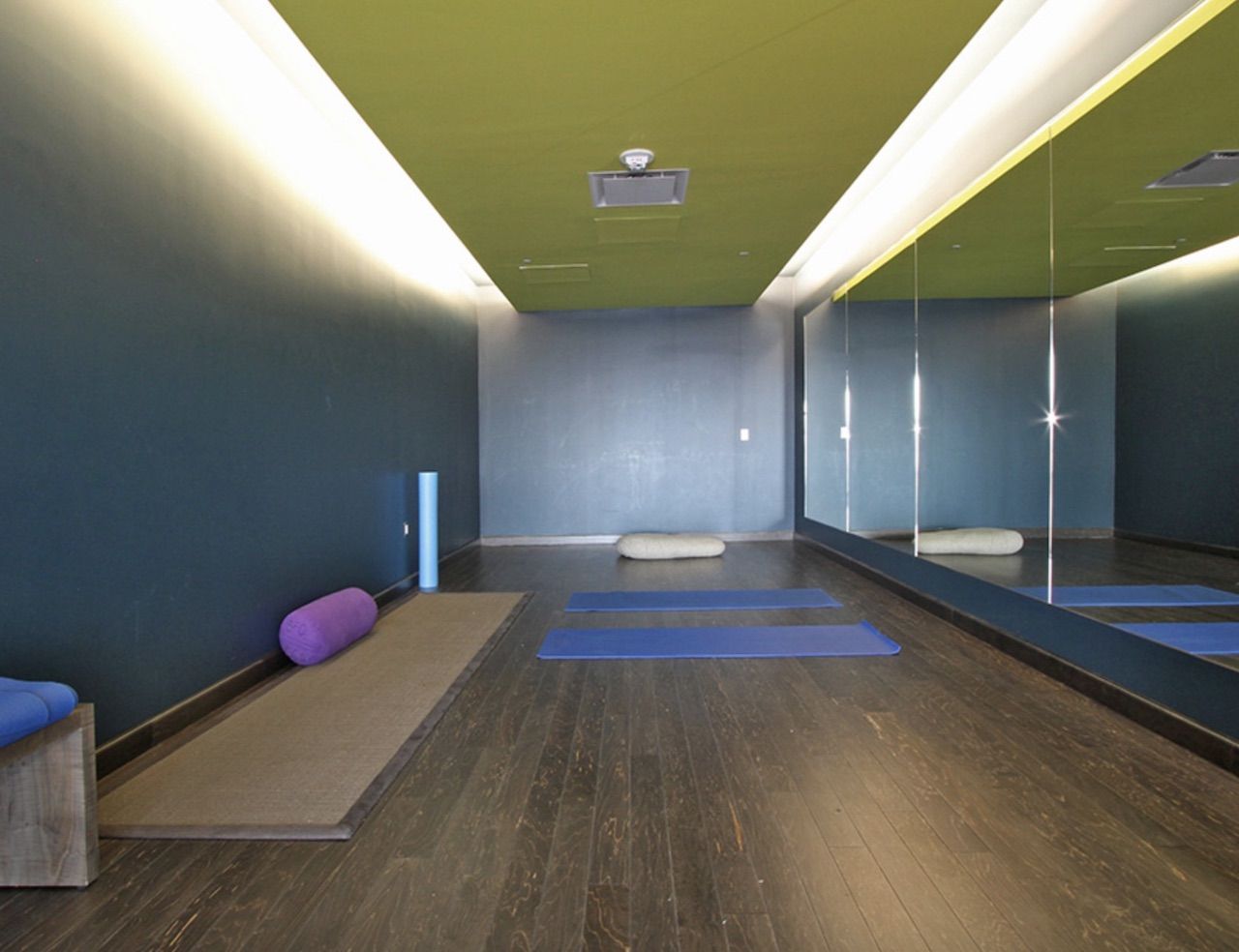 If you had to guess which airport in the US was home to a Yoga Room, you probably picked San Francisco. It makes perfect sense. Airports are among the most stressful spaces known to man, and yoga is a known solution for stress relief. According to San Francisco International’s website, the Yoga Room is a “space devoted to relaxation, self-reflection, and practicing yoga.” It’s located in Terminal 2, and it’s available to passengers free of charge. For further relaxation at SFO — and if yoga causes you more stress than relief — there’s also a Library and Museum on site with books for you to read. 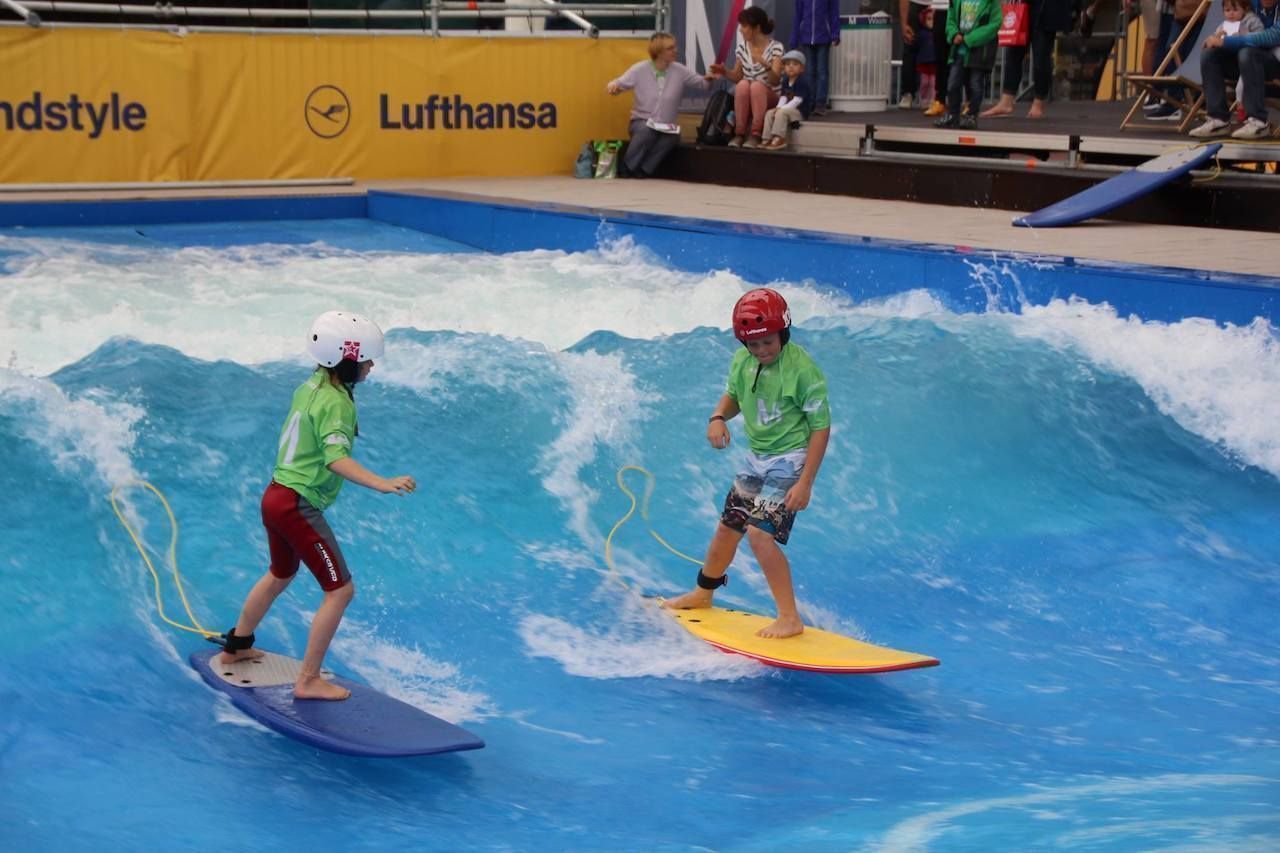 Germany might not exactly be known for surf culture, but Munich International Airport has a 33-foot indoor wave pool built by CityWave, where passengers can catch a wave for free. The airport has hosted the annual Surf & Style championship since 2012, but even if you’re not a pro, don’t let that stop you from grabbing a board and wasting some time before your flight. 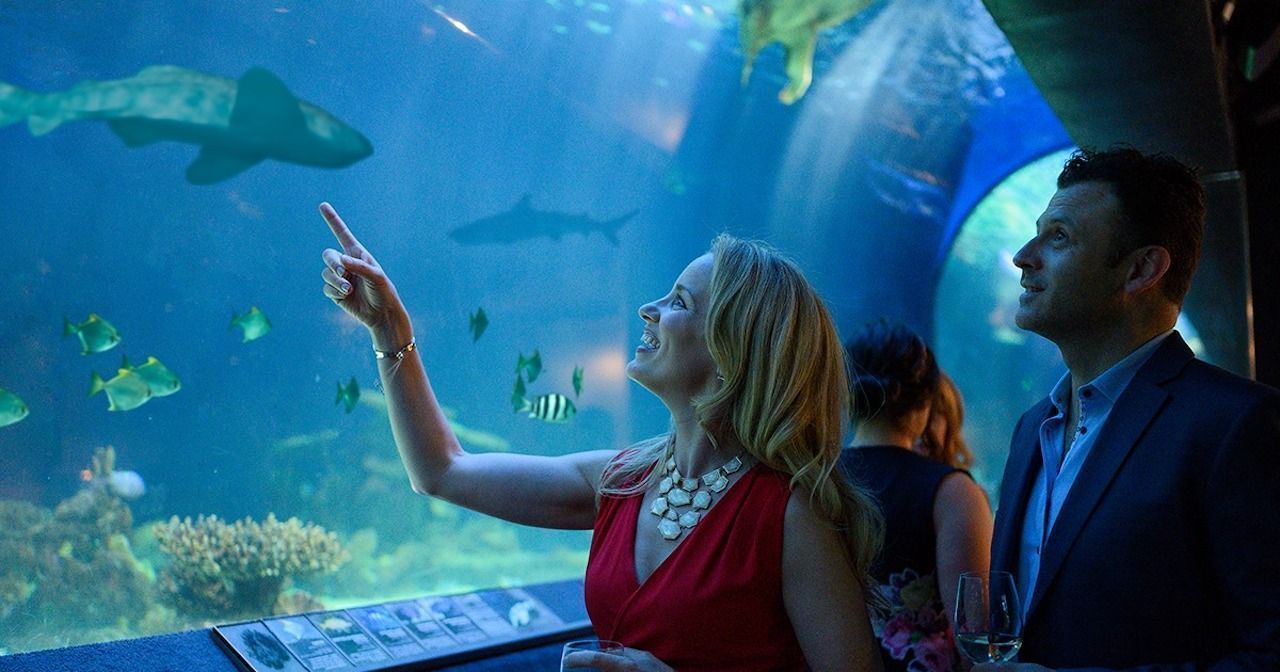 Okay, so you might actually pay Vancouver International a visit just for the aquarium. The 30,000 gallon Vancouver Aquarium is an Ocean Wise initiative, housing over 20,000 marine plants and animals. Visitors will be able to glimpse a variety of British Columbia’s most vibrant marine life in this colorful, rocky kelp forest. It’s also accompanied by over 135,000 square feet of exhibits that provide useful information about what you’re looking at in the aquarium. Expect to see marine species like the wolf-eel, coho salmon, canary rockfish, green sea urchin, armored sea cucumber, and others. 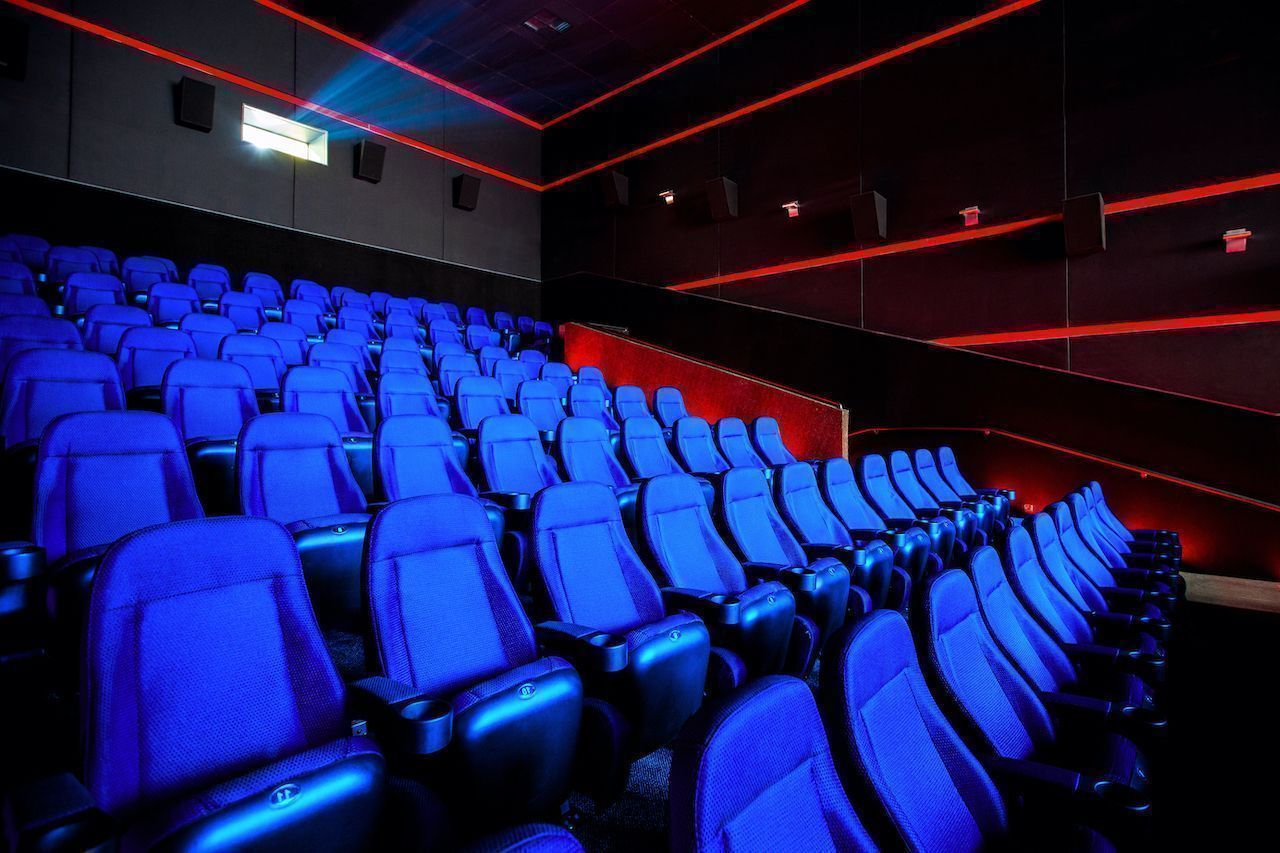 This is the only attraction that might actually make you voluntarily show up four hours early for your flight. Sure, you can sit at your gate and watch Netflix on your laptop, or chill at the bar and watch TV, but you’re still painfully aware that you’re in an airport. An IMAX theater solves all that. Hong Kong International is giving you a reason to show up early, sink into a comfy chair, indulge in some escapism, and forget you’re even in an airport in the first place. And if you emerge from your movie to find that your flight is delayed, there’s always the virtual golf course and aromatherapy spa to pass the time.