Commercial fishing is a way of life in Alaska, and today is a great time to be a fisherman in the 49th state. The equipment is modern, the technology is cutting edge, and, most importantly, sustainable management is well established. While regions around the world often check the first two off on that list, it’s the sustainability part that other fishing communities can learn from.

“Nothing matters more,” says Linda Behnken, a halibut, sablefish, and salmon fisherman on the FV Woodstock (FV is the boating term for fishing vessel). “The ecosystem and the next generation of fishermen are counting on us to be good stewards.”

Behnken has been commercial fishing for the last 33 years (and her boys “have ‘worked’ with us since they were five months old,” she adds). She does it because she enjoys being on the ocean and so close to nature in its rawest form.

Commercial fishing is both a source of income and a way of life in Alaska. Many commercial fishing operations are multi-generational and family-run businesses where children grow up fishing with their parents and grandparents. Still, it’s big business. Commercial fishing is the largest private-sector employer in Alaska, according to Forrest Bowers, the division operations manager for the Alaska Department of Fish and Game. There are some 60,000 jobs in Alaska related to commercial fishing, with seafood exports hitting around $3 billion annually. Around 60 percent of all fish from domestic fishing in the US is caught in Alaska. 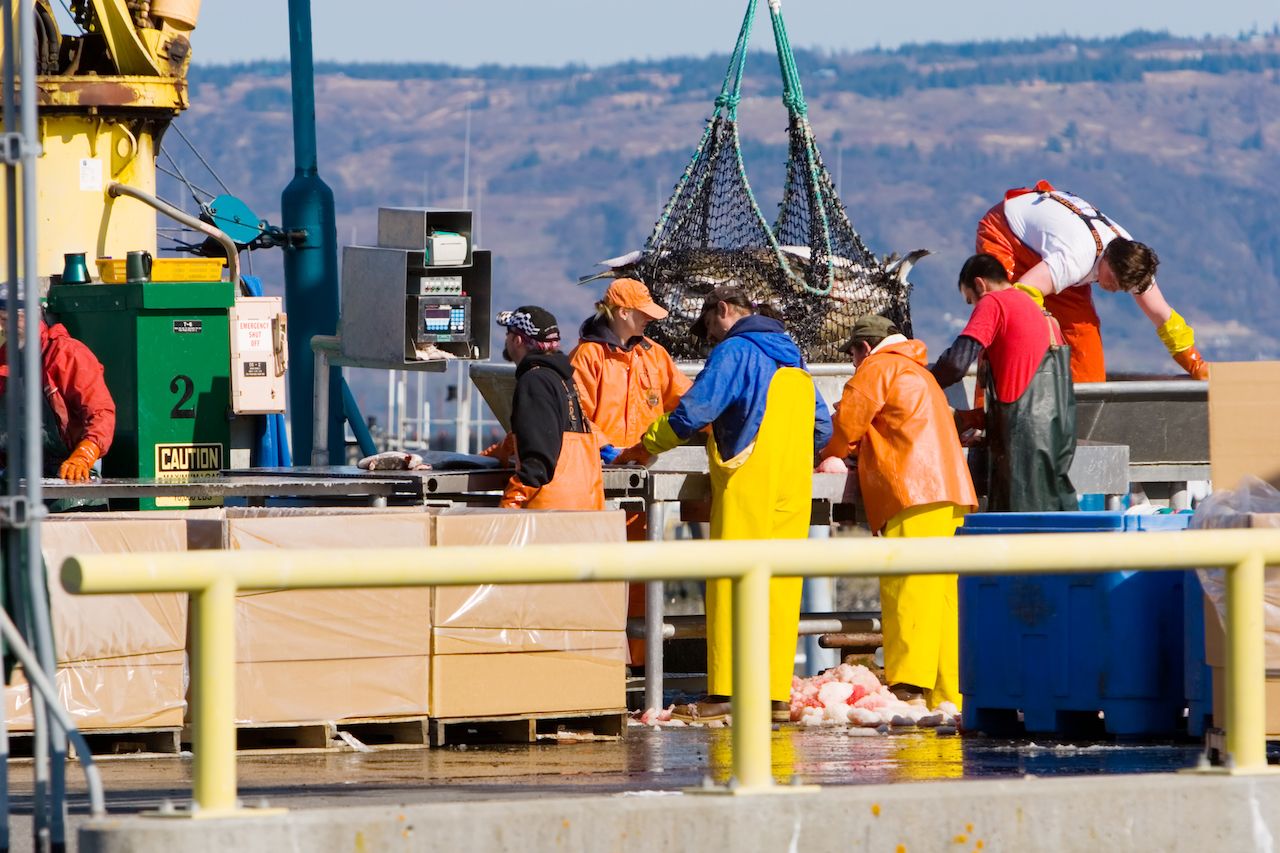 Commercial fishing is particularly important in smaller coastal communities where other sources of employment are limited. Dollars earned in the fishing industry are spent many times over in the local economy. This reliance on fishing makes sustainability all the more important.

Scott McAllister, the 64-year-old owner and skipper of the Southwest Alaska Seiner FV Owyhee, has been fishing his whole life. He’s been commercial fishing in Alaska for the last 46 years and tells me that, “making a life of fishing has been living a dream, and I’ll do it till I die.” Like the rest of the people involved in Alaska’s commercial fishing operations, sustainability is top of mind for McAllister.

“Alaskans invented the concept of sustainable fisheries management,” says McAllister. The fight for statehood was literally over the use and management of Alaska’s salmon fisheries, and once the deal was cut, sustainability was written into Alaska’s constitution. “Under state management, Alaska’s fisheries have flourished over time and are the pride of us fishermen, and all Alaskans.”

Alaska sustainably manages its fisheries through a combination of stock assessment, a regulated quota system, habitat protection, and strict enforcement. But that hasn’t always been the case. 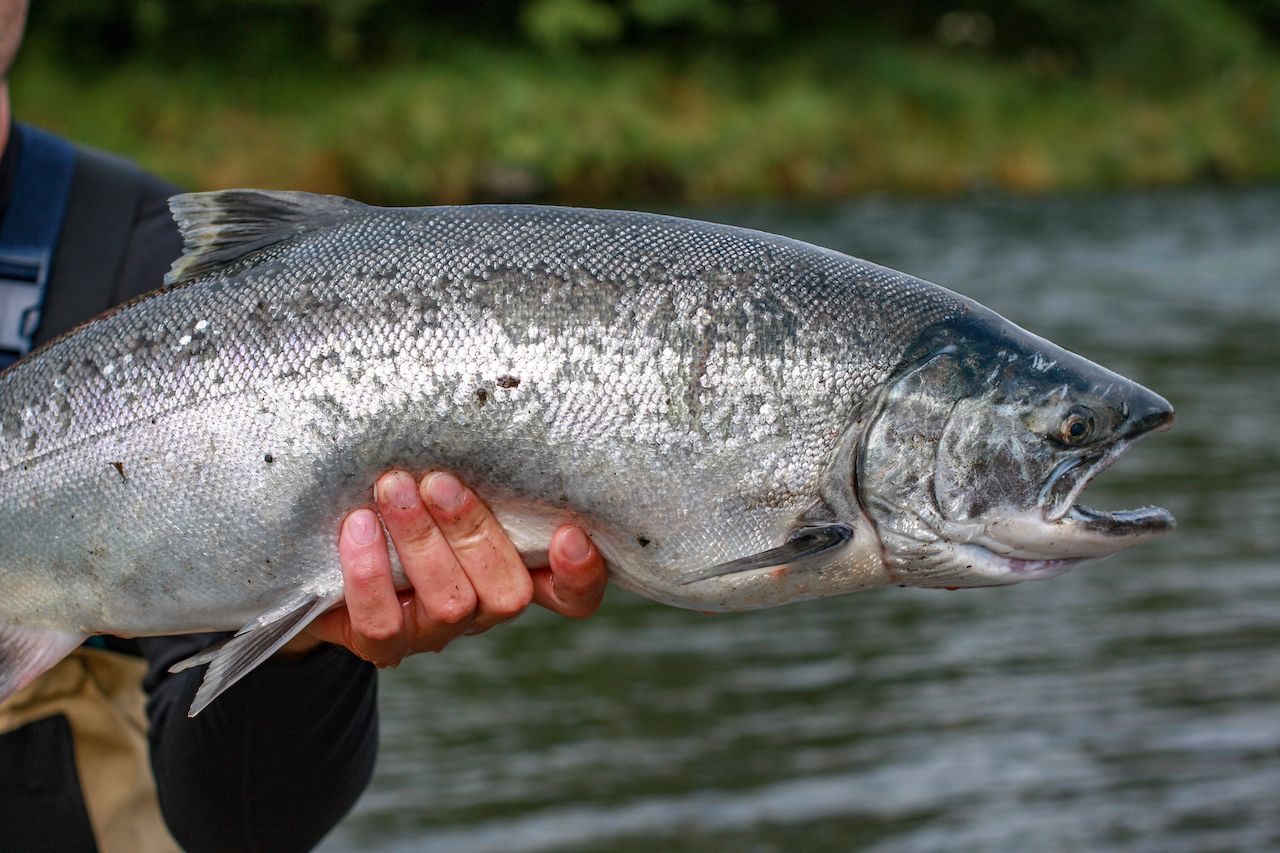 Prior to statehood, Alaska’s fish were in trouble — especially salmon. Salmon made up 90 percent of commercial fishing value up through the 1950s. Yet starting in 1936, salmon runs steadily declined thanks to poor federal management of the territory and opening up salmon runs to international fishing operations. Leaders in the territory recognized this and added provisions in Alaska’s Constitution to conserve and rebuild Alaskan fisheries.

“Article 8 Section 4 of the Constitution of the State of Alaska directs that natural resources shall be managed for sustained yield, and this is the underpinning of all other Alaska fishery management regulations and policies,” Bowers says. Alaska’s fishery governance regulations are adopted through a public process involving fishermen, NGOs, regulatory agencies, and other stakeholders. “Using salmon as an example, we manage to achieve species and river-system-specific escapement goals (number of salmon spawning).”

Escapement goals are based on the carrying capacity of a particular river system or group of rivers and are established to maximize the number of salmon returning in future years. Fishing is regulated to ensure the escapement goals are met. This management process is detailed in Alaska’s Policy for the Management of Sustainable Salmon Fisheries, Policy for Statewide Salmon Escapement Goals, and numerous area-specific management plans. There are similar policies and regulations for other species like crab, groundfish, and herring.

When necessary, they close or restrict fisheries to rebuild weakened fish stocks. They also work with the Alaska legislature and Alaska Executive Branch leadership to ensure funding for sustainable fishery management is prioritized. While these restrictions limit the amount that fishermen can haul in, they’re vital for protecting the future of commercial fishing in the state. 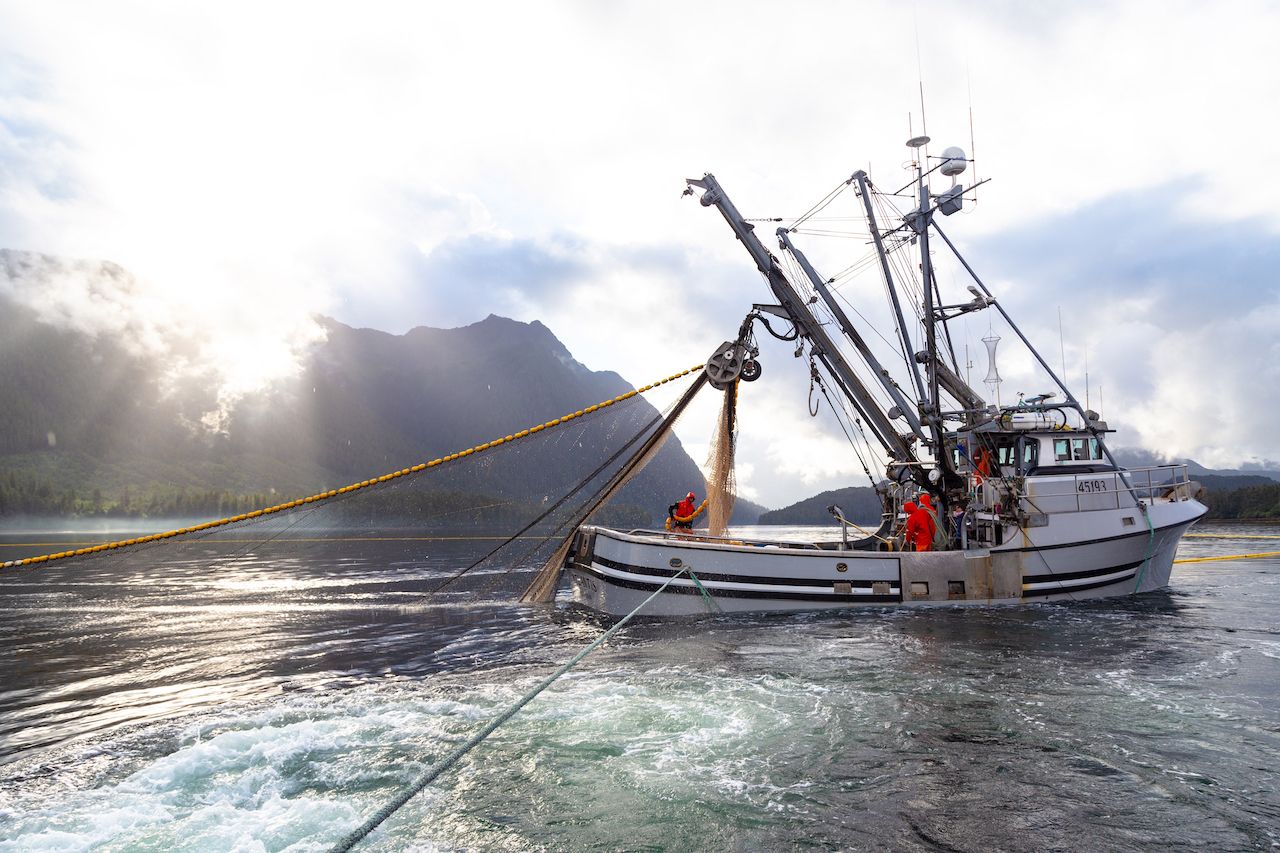 It’s hard to comprehend just how massive Alaska is. It’s twice as big as Texas and has over 33,900 miles of coastline. That’s a lot of area to protect wildlife.

“Flowing off its lands are an untold number of rivers and streams, and of all these fresh waterways, Alaska’s Department of Fish and Game have cataloged over 19,000 salmon rivers and streams,” Bowers says. “And they admit there may be many more.”

Many of Alaska’s shorelines and the waters running to them are so remote that there are streams that have never been cataloged for the salmon they may spawn.

Of course, nobody can control what goes on in the environment or in waters outside the jurisdiction of Alaska, both of which affect local fisheries, but they are required by law to manage for sustainability now and in the future. They support national initiatives promoting sustainable fishery management and oppose development harmful to fishery resources.

The already massive commercial fishing markets in Alaska are strong and expanding, and getting quality fish out of the water is job number one. The state’s fortunes hinge on the success of nature and how well Alaskan fishers, as stewards, manage and utilize Alaska’s seafood for now and into the future. This responsible management is something that fisheries elsewhere can respect and use as a model.

You can learn more about Alaska’s sustainability efforts through resources like the Alaska Sustainable Fisheries Trust and the Alaska Seafood Marketing Institute.

OutdoorHow a Guy Who’d Never Caught a Fish Learned the Beauty of the Sport in the Wilds of Alaska
Tagged
Sustainability Alaska, United States
What did you think of this story?
Meh
Good
Awesome