The McMurdo Dry Valleys, along the Transantarctic Mountains in Antarctica, are among the most extreme, hostile, and inhospitable places on earth. The katabatic winds here are so strong (reaching 200 mph) that they literally push away ice and snow, leaving these valleys dry and barren.

Life in a place it simply shouldn’t exist.

Scott and his party of explorers who arrived in the McMurdo Dry Valleys in 1903 believed that life did not exist here. Scientists have debunked Scott’s belief. Endolithic photosynthetic bacteria have been found within rocks located in the valley. The anaerobic bacteria discovered in the Dry Valleys survive by metabolizing sulfur and iron found underneath Taylor Glacier inside Taylor Dry Valley. 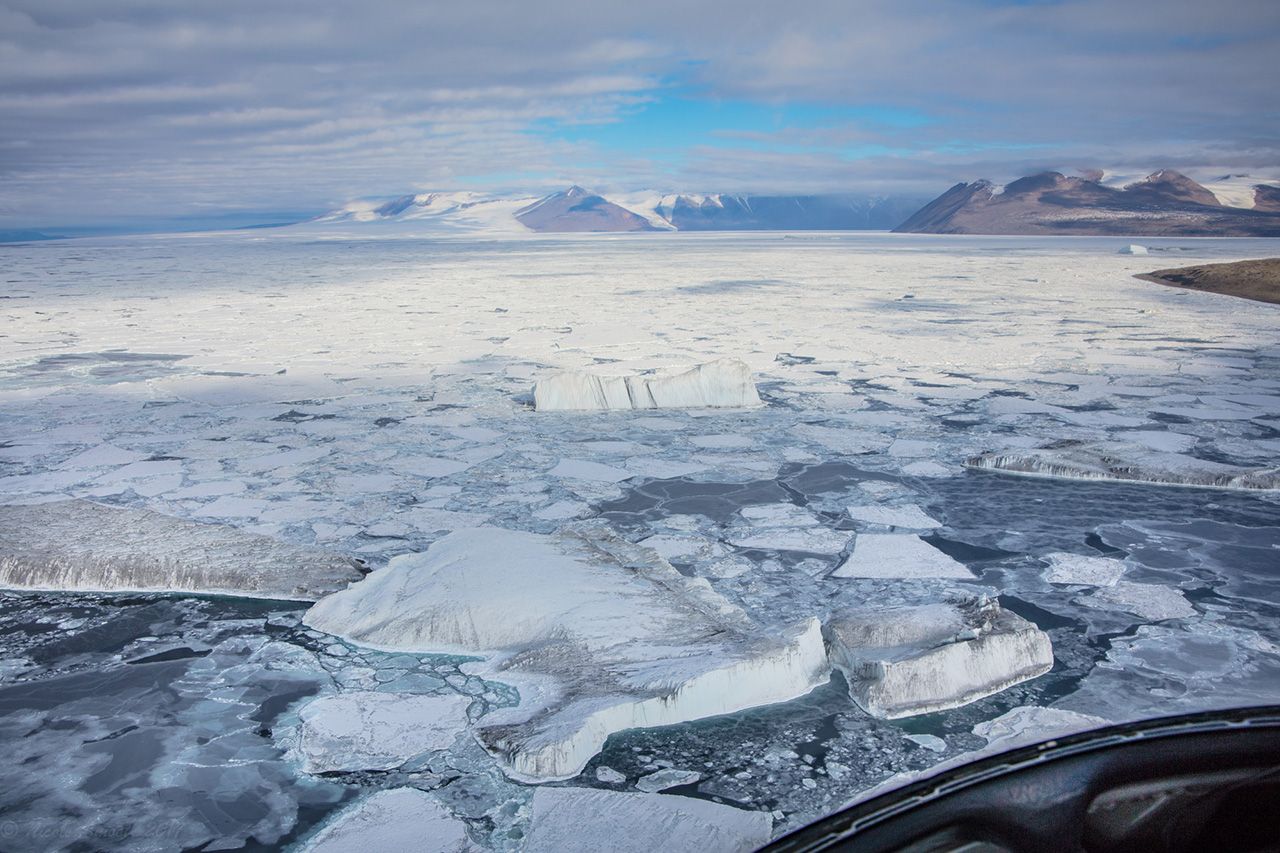 There are three main valleys that run out of the Transantarctic Mountains and toward the Ross Sea. The three McMurdo Dry Valleys are:

-Taylor Valley: Taylor Valley sits the furthest south of the three valleys and is home to Taylor Glacier and the iron oxide-tainted “blood” waterfall.

-Wright Valley: Wright Valley sits in the middle of the three valleys and holds the Onyx River, the largest river in all of Antarctica.

-Victoria Valley: The northernmost valley of the McMurdo Dry Valleys and home to Lake Vida, the largest lake of the three valleys.

Why are the Dry Valleys so dry? 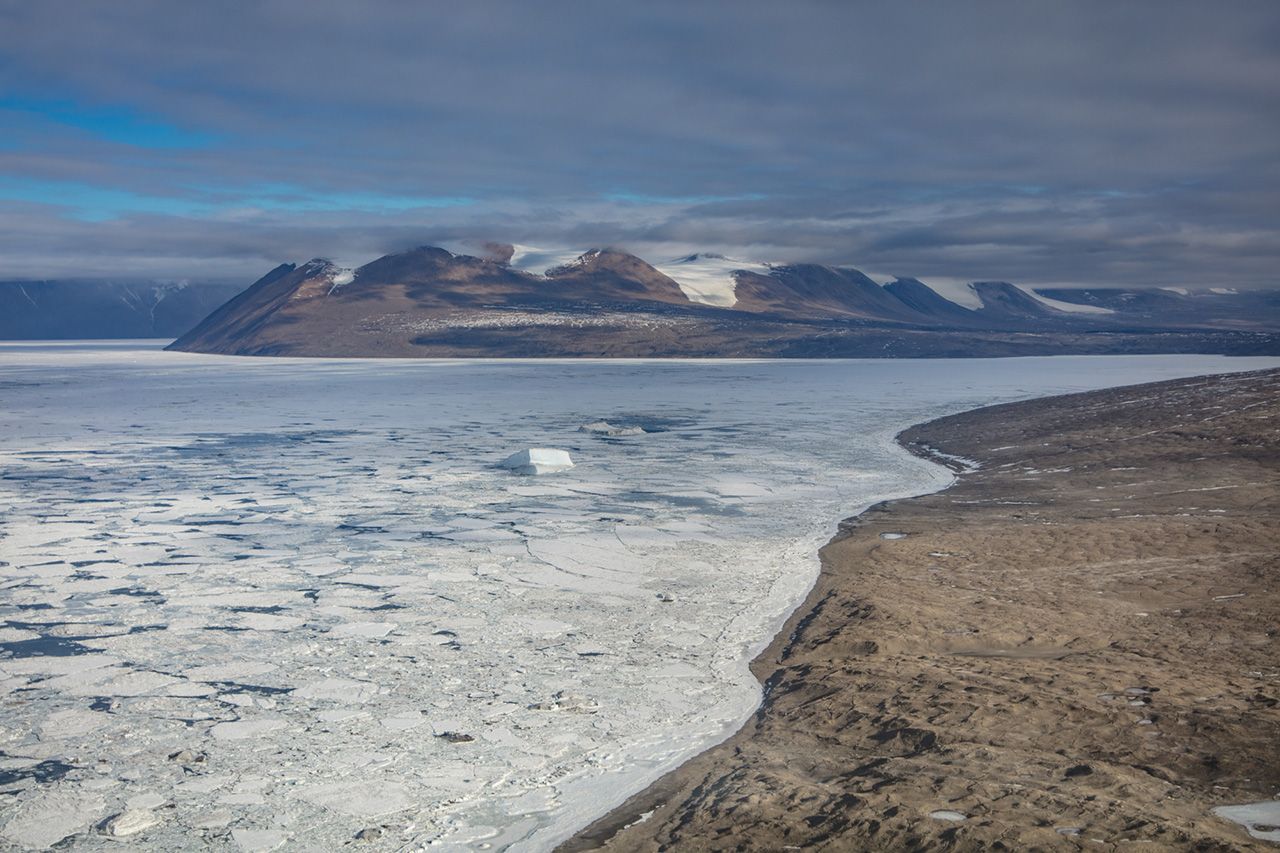 Antarctica is nearly completely covered in a mile or more of ancient ice. Not the Dry Valleys. In addition to the action of the katabatic winds, the McMurdo Dry Valleys’ extreme climate is multifaceted. The high Transantarctic Mountains prevent ice which flows in the direction of the Ross Sea from the East Antarctic Shelf, from entering into the Dry Valleys. 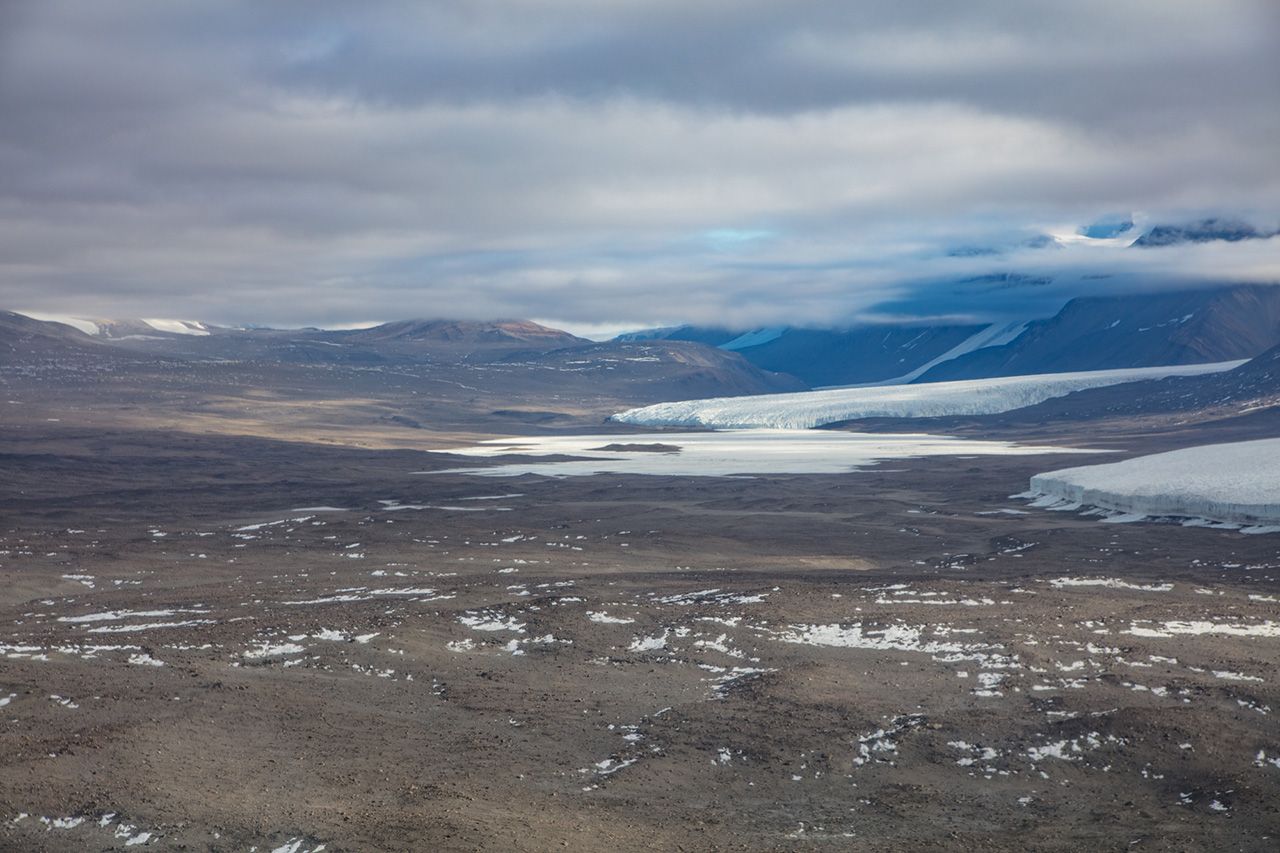 Extreme katabatic Winds partnered up with the mountain blockage make McMurdo Dry Valleys into one of the driest places on Earth. Katabatic Winds are caused by dense and cold air being pushed downward. They can reach 200 miles per hour. As the katabatic winds descend, they heat up and evaporate any snow, ice or water in their way. 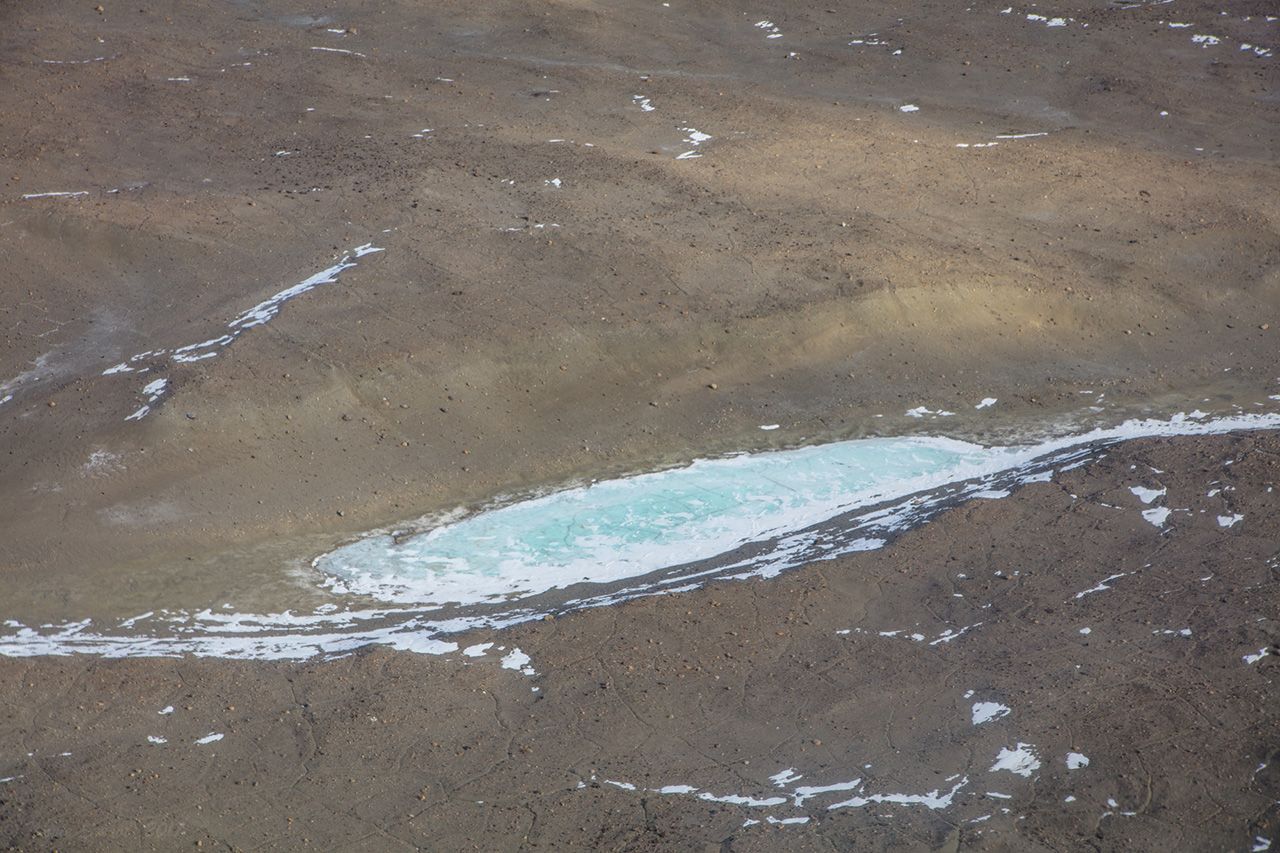 As we flew in a helicopter above and over the dry terrain and the valleys I thought that this must be what a Mars landing would look like.

Pretending to be on Mars 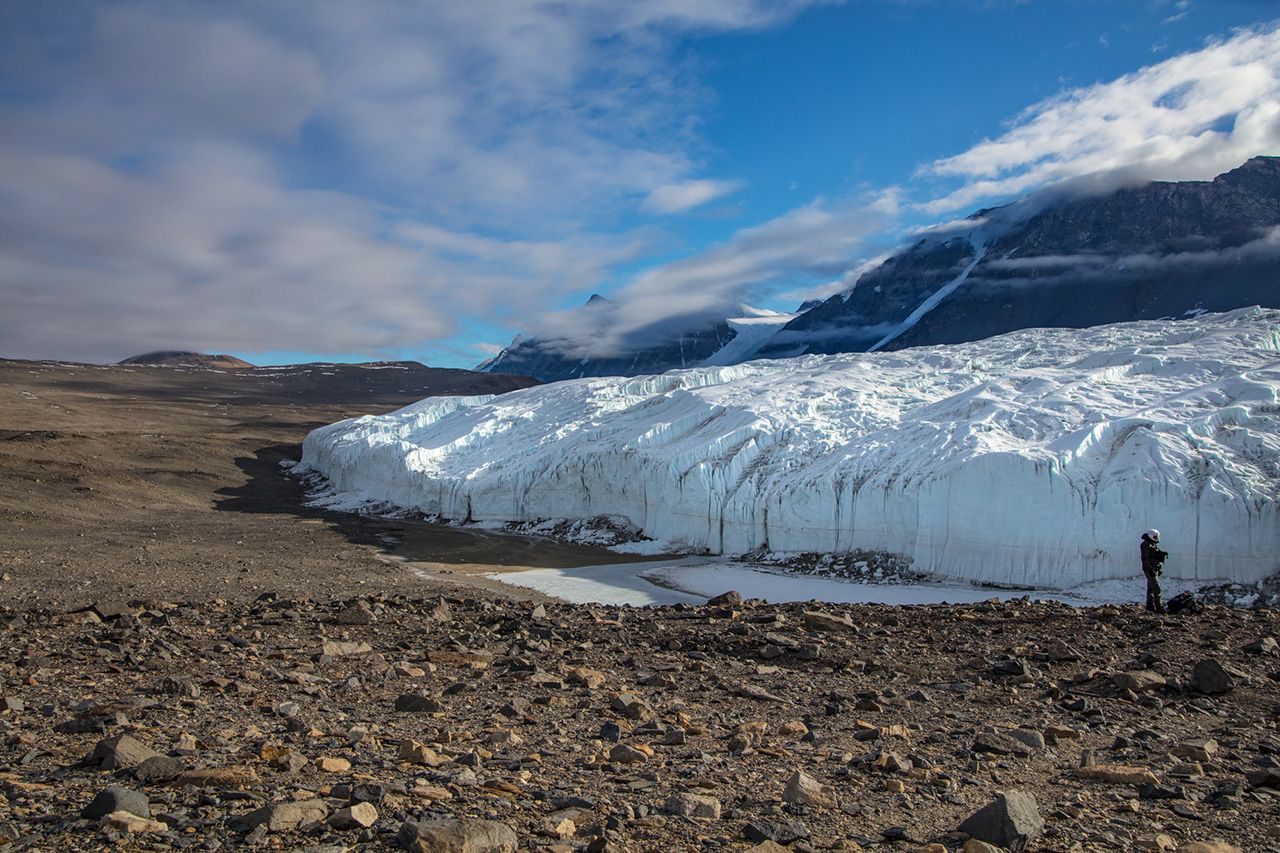 Once the helicopter left to make the 40-mile trip back to the Ortelius to pick up the next group of polar explorers, all I could do was stand in silence, surrounded by the barren Taylor Dry Valley. The valley is regularly windy and can see a typical temperature of -55ºC. I imagined that this was what Mars was like. 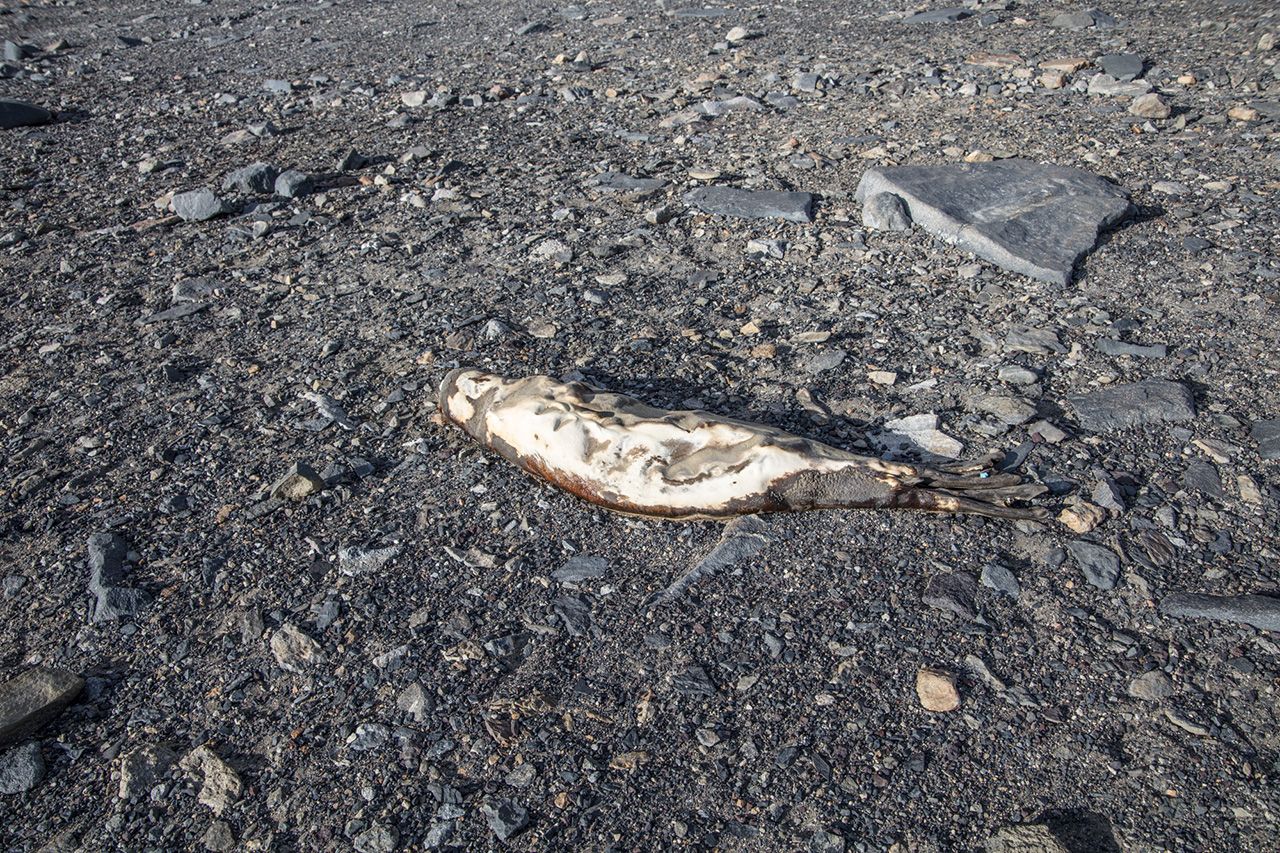 I found the mummified crab eater seal carcasses. Radiocarbon dating performed by zoologists at the Victoria University of Wellington, New Zealand and the Australian National University in Canberra, Australia estimates that these mummified carcasses found in the three McMurdo Dry Valleys are 560-780 years old.

How can an Antarctic glacier exist here? 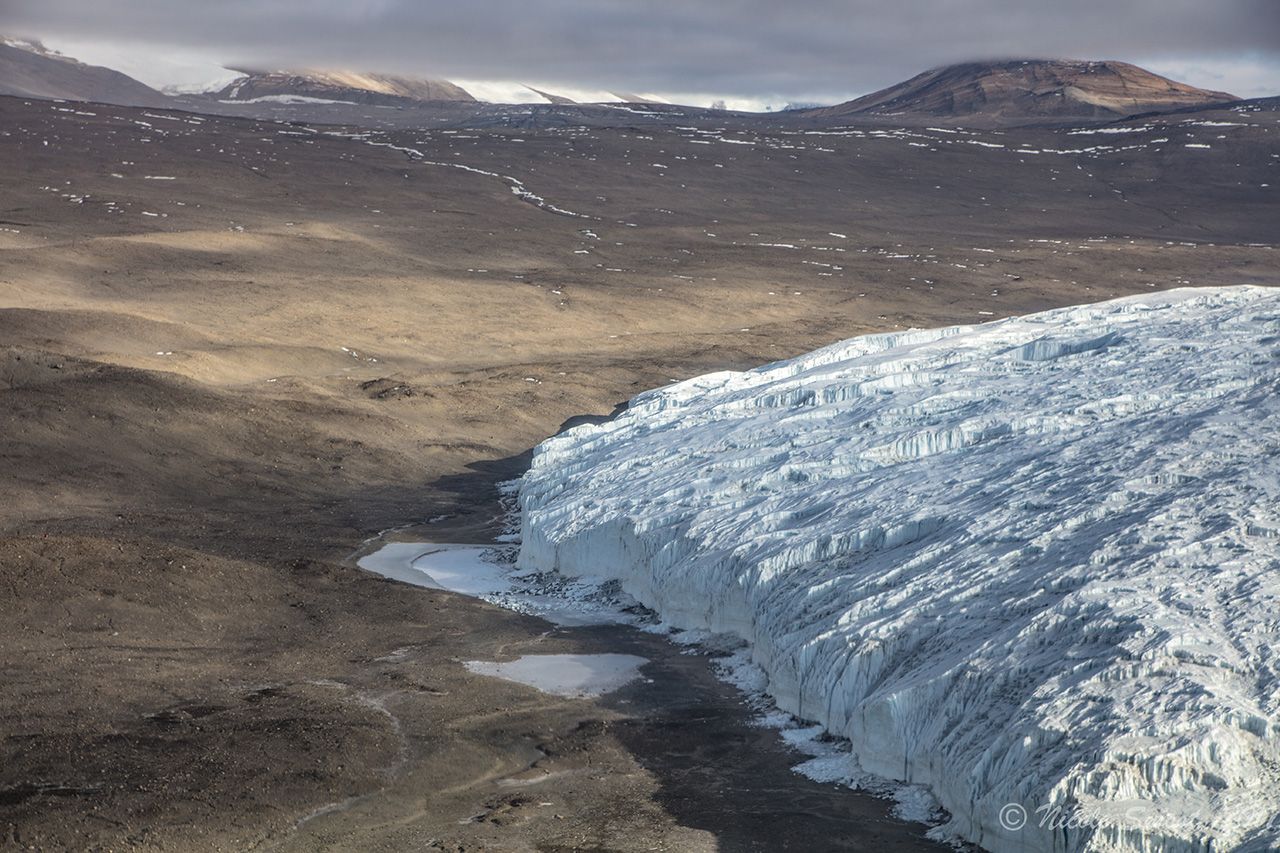 Taylor Glacier spills out from the Victoria Land plateau and down into Taylor Valley. It is one of a handful of cold-based glaciers on Earth. Cold-based glaciers are frozen to the ground below and are slowly pushed forward over time by their own weight. They are typically free of crevasses. Most glaciers around the world are wet-based and scrape over bedrock, creating major erosion and picking up debris along the way.

The Most astonishing glacier of them all: the Blood waterfall 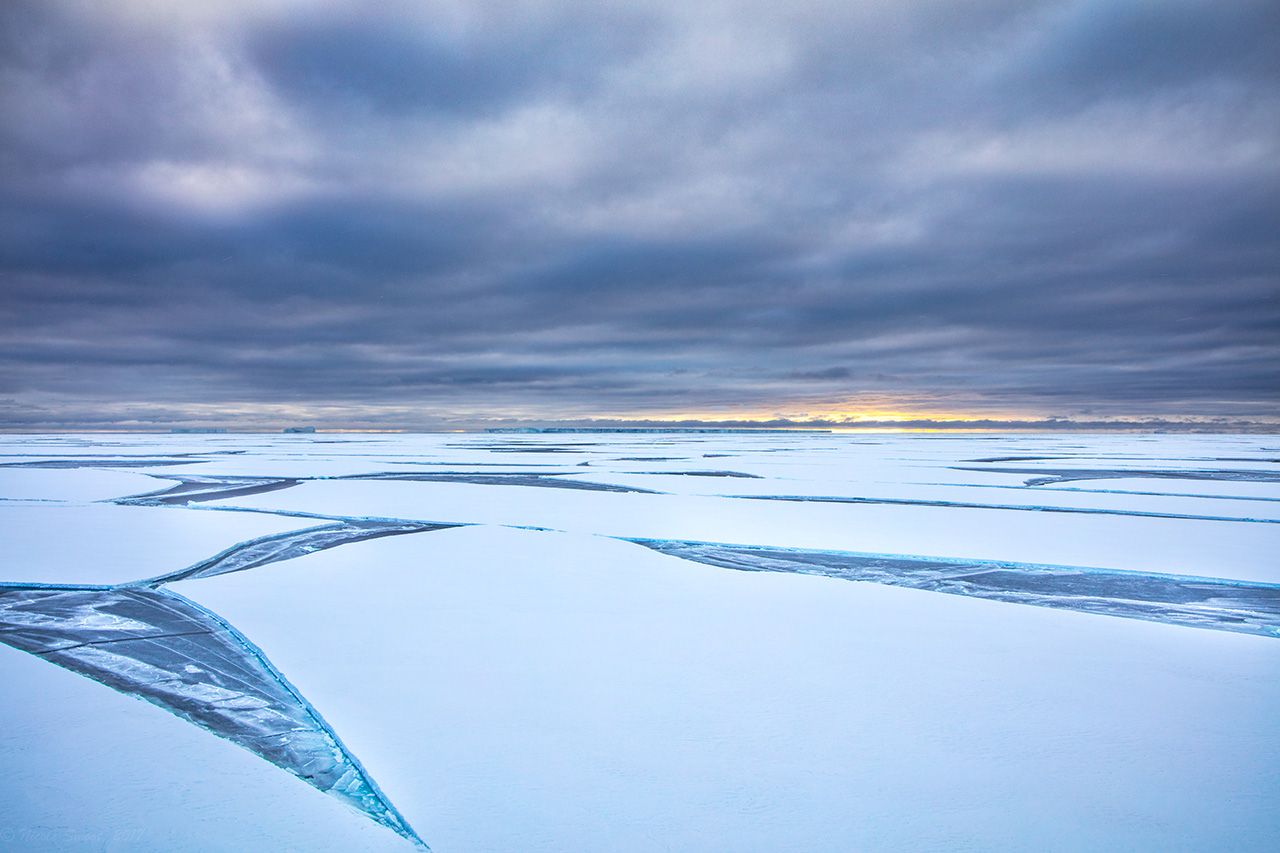 Due to lowering clouds, we could not reach the Blood Waterfall. Red algae were initially thought to cause the red waterfall. In fact,
Taylor Glacier’s red tint is due to iron oxide from an ancient saline lake trapped beneath the glacier approximately two million years ago.

Leaving the world’s most extreme desert 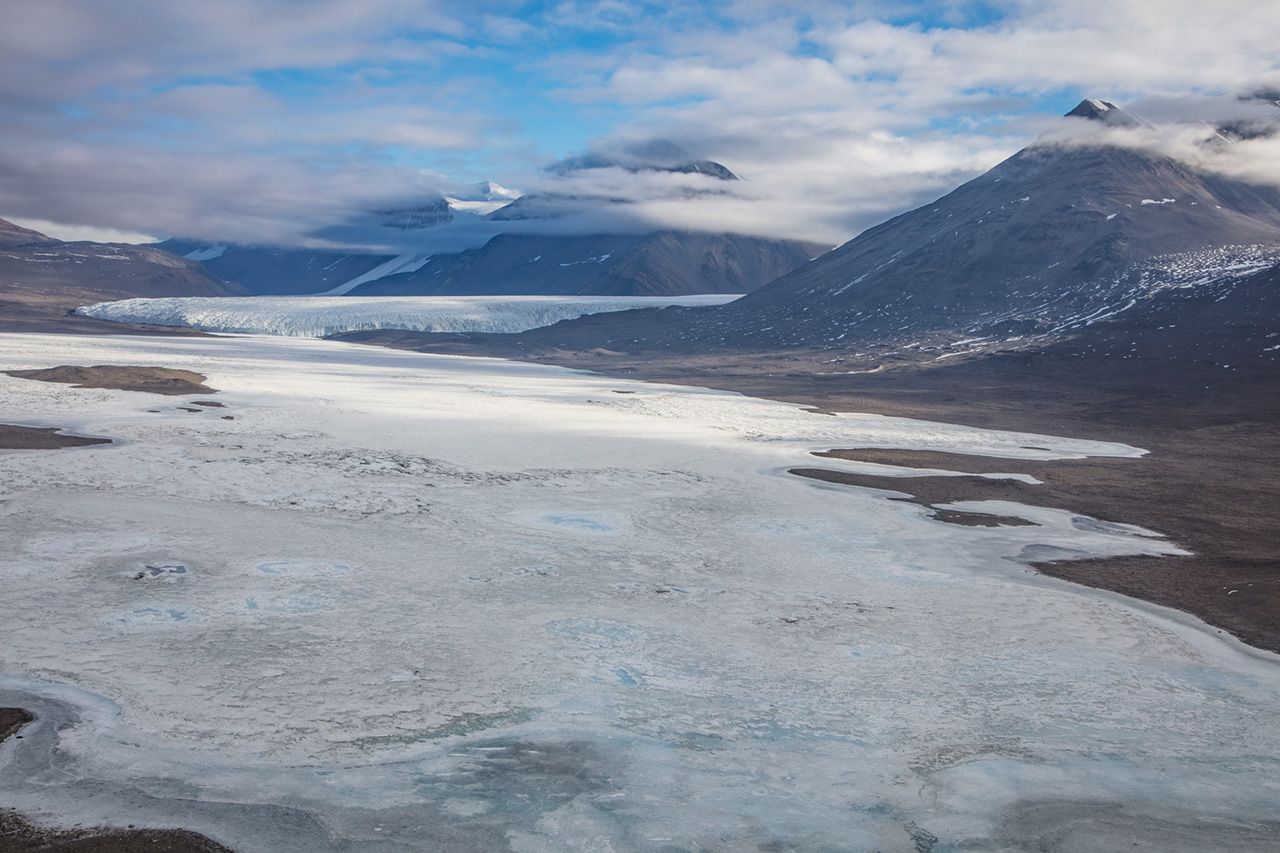 We departed by helicopter from the floor of what may very well be the harshest desert in the world in the most unlikely location. I looked down onto valleys carved by past glaciers and wished I’d had time to explore more.

Travel30 of the most picturesque glaciers around the globe
Tagged
Antarctica
What did you think of this story?
Meh
Good
Awesome

A year in photos: The extreme light changes of Antarctica