There is no shortage of ways to cook meat in Greece. You can, for example, skewer an entire animal and turn it on a spit. You can chop up every part and toss it into a soup. You can even stuff it into bread and bake it on hot coals in a hole in the ground. But there’s one method you don’t want to miss: antikristo, a traditional grilling style from the island of Crete.

Antikristo is a method of grilling lamb that pops up all over Crete, from parking lots to caves. Its signature trait is a wire cage that forms a multi-tiered circle around a fire for cuts of lamb to be draped over. The cage tapers a little at the top — think of it as the metal hoop inside a hoop skirt. The meat can be stacked four or five rows high, meaning there could be as many as 10 animals cooking at once. As such, this isn’t a standard weeknight meal for just a few people. It’s a full-on feast for an entire party.

Simplicity is key. The meat comes from fat lambs between 10 and 12 months old that are cut into four pieces and skewered with a metal rod. Then the meat is sprinkled with salt and maybe a little pepper. Finally, it goes around the fire for a few hours, resulting in some of the most flavorful and juicy lamb anywhere in the country. 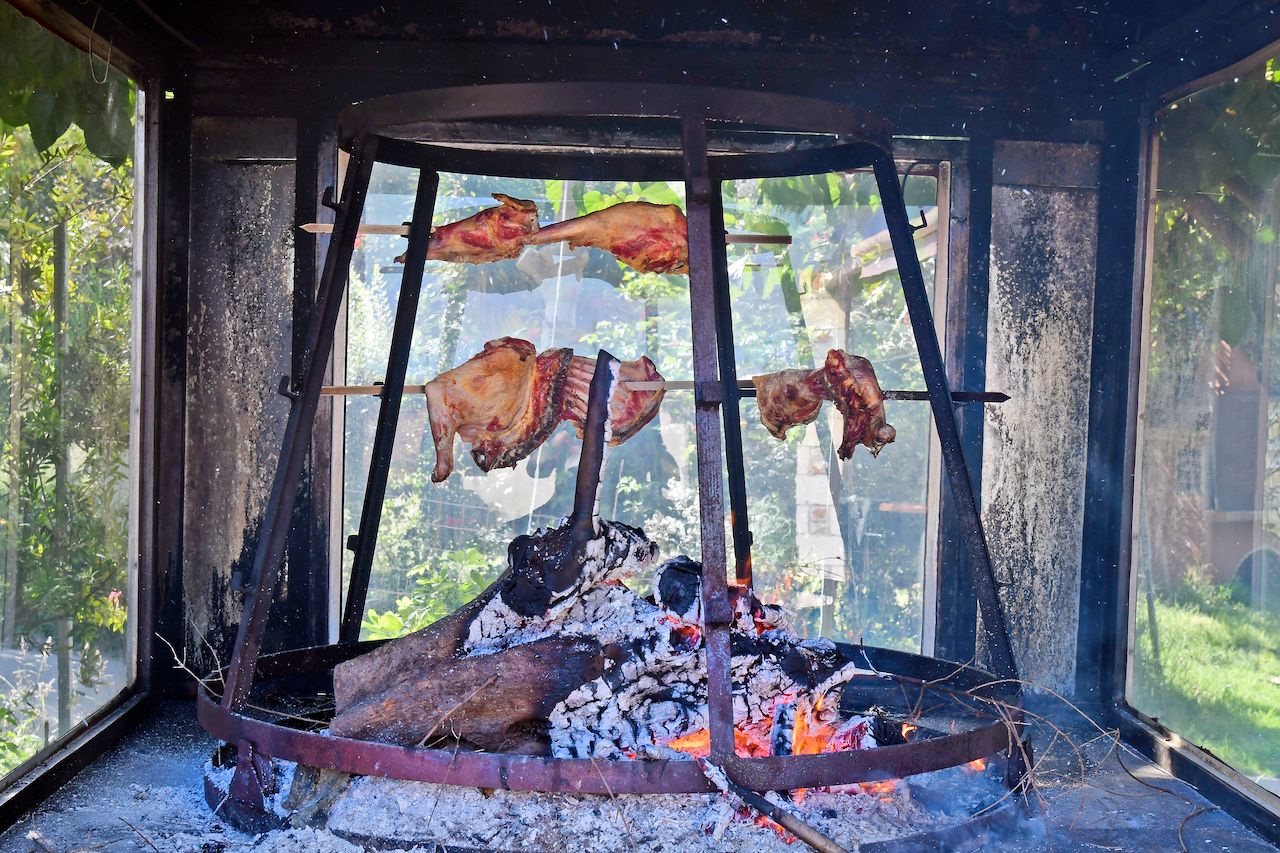 The name “antikristo” in this case refers to “opposite,” as in opposite the fire, says Mariana Kavroulaki, a food historian and founder of Greek Culinary History and Cooking Adventures.

“It is easy to prepare and roast since it doesn’t need much attention,” Kavroulaki says, adding that “the animal is given enough time to secrete its juices and develop many different flavors because the salt dehydrates it and produces a crispy skin.”

Kavroulaki also notes that with a meat this good, you don’t need anything else to steal the show. Antikristo is traditionally eaten with just bread and wine, she says, though there’s sometimes a salad or wild greens on the side and cheese and honey at the end of the meal. Like so much food in Greece (especially Crete, where local ingredients elevate dishes), it’s best to keep it simple. 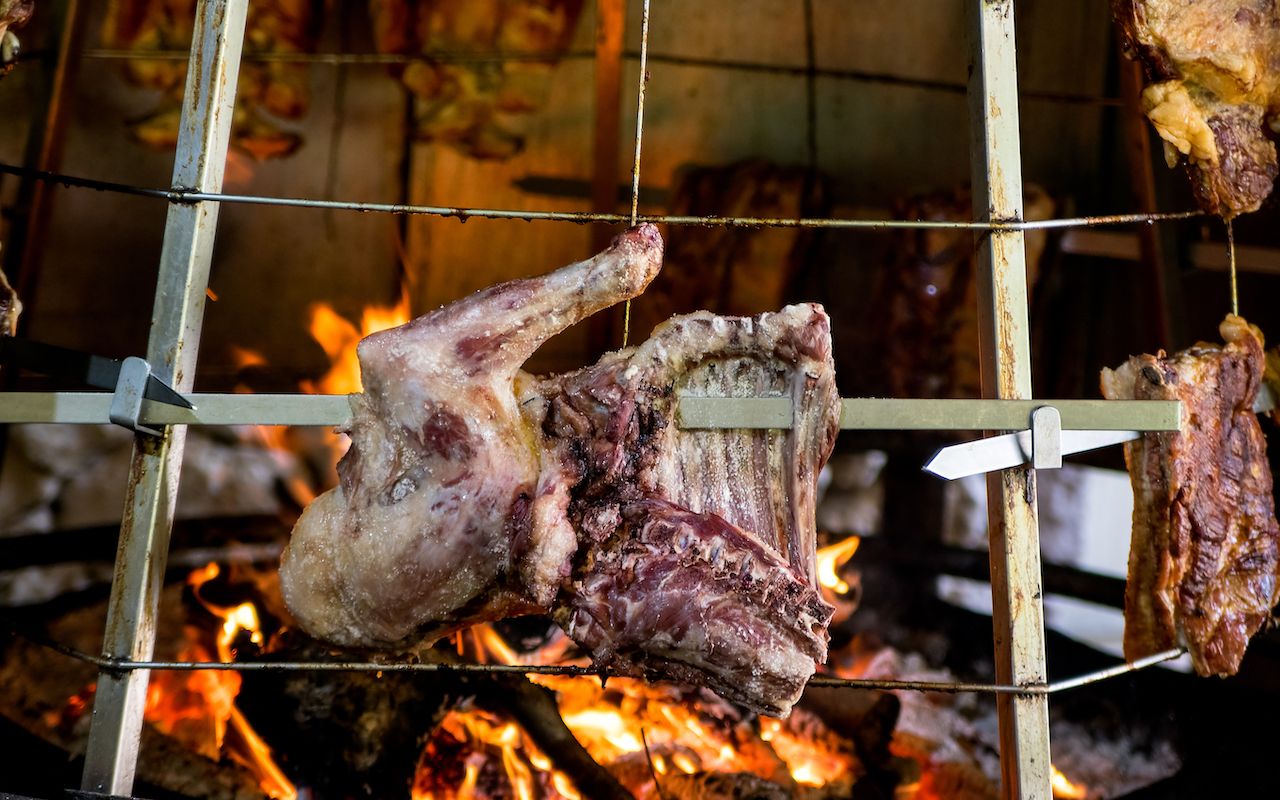 Antikristo has a long history in Greece. Homer’s Iliad mentions a similar cooking method where meat is cut into small pieces and then skewered to cook by the fire. According to Kavroulaki, despite the flavor, there was also a practical reason for antikristo: The Venetians occupied the island from the early 1200s until 1669, at which point they handed control to the Ottoman Empire. Crete stayed completely under Turkish rule until 1898. During these years, rebels needed ways to cook covertly. “They used this method because the meat could be cooked in one hour — even if it was almost rare — so the fire wouldn’t reveal their location to enemies,” Kavroulaki says.

To cook the meat quickly, the shepherds would dig a hole in the ground and surround it with stones. Then they would make a fire and lean wooden or metal skewers on the stones close to the fire. The meat would slow-roast with minimal smoke and cleanup.

Today, there isn’t a need to hide the barbecuing. It’s also spread from Crete to other parts of Greece, and there are a number of ways to try antikristo for yourself — if you know where to look.

Where to try antikristo in Athens and Crete 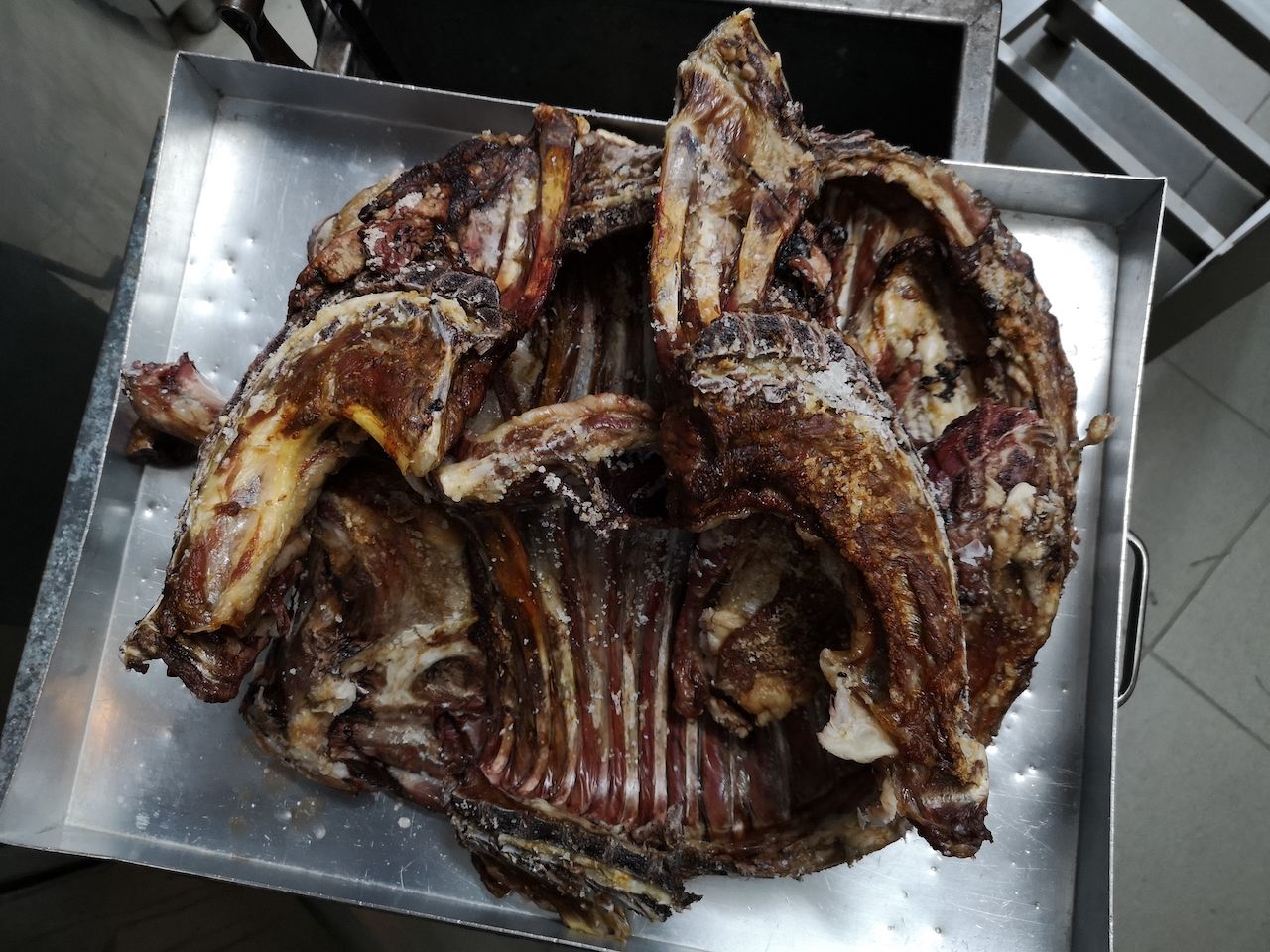 Unfortunately, it’s difficult to find antikristo on Crete now. It’s actually easier to find in Athens than on its native island. Asking around, I found many people who knew about antikristo on Crete but had never actually tried it. Makos Efthimis, a native Cretan and the blogger behind The Hungry Bites, says that it’s a little difficult to find unless you have an in. Eaten mostly by shepherds in Anogeia and other villages in the Psiloritis mountain range (where it is referred to as ofto instead of antikristo), it’s becoming a bit less popular because more people use spit roasting now.

Luckily, thanks to a recent renaissance of Cretan food in Athens, there are a few choices in the country’s capital using the method. The best is Patouchas, a restaurant in the Kallithea neighborhood run by a Cretan transplant named Manolis. He built his antikristo himself, which is a mini version of the much larger grills found throughout the countryside in Crete.

Antikristo is also on the menu at Raeti (look for the arni ofto), another Cretan spot in Ambelokipi. Everything here is cooked homestyle by Agapi Stavrakaki, the restaurant owner. Another to check out is To Katafigio in Dafni, a suburb of Athens. At any of these places, you can taste antikristo along with other Cretan staples. The most famous is dakos, a salad made with hard barley rusks, chopped tomatoes, and soft mizithra cheese. For a well-rounded meal, sample a wild green salad too. Other iconic Cretan dishes include snails, apaki (smoked pork), marathopita (a thin phyllo pie stuffed with greens and herbs), and stamnagathi, a fresh-made pasta that will taste great with anything you order.