When a character in a movie grabs a drink, the real-world filming location is often a set. Sometimes it’s an actual bar, however, and occasionally that bar is a place where you, too, can grab a drink.

Visiting movie locations can be exciting when it looks true to the movie, confusing when it doesn’t, and disappointing when it’s turned almost entirely into a tourist trap. The Cheers bar in Boston was once one of the most famous real-world bars from the screen, though it permanently closed in April 2020 due to economic hardship from the pandemic. Others have managed to survive, however.

These are the famous bars you can drink at that have made it into the movies.

1. New York Bar in Tokyo from Lost In Translation 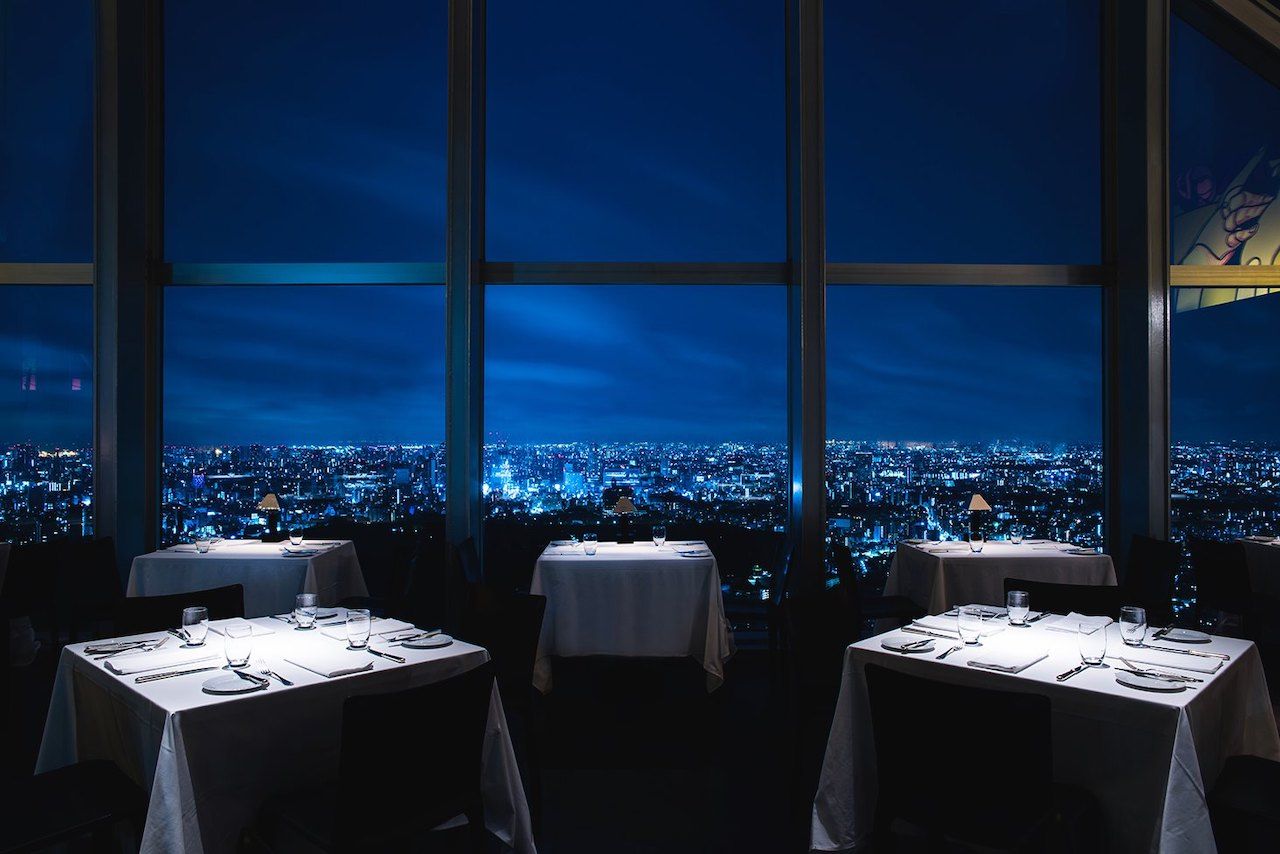 The New York Bar is at the top of the Park Hyatt hotel on the 52nd floor, with floor-to-ceiling views that look out over Tokyo and, if the weather is clear, straight to Mount Fuji. The bar is pure luxury — and fits perfectly in the world of Sofia Coppola’s 2003 movie Lost in Translation starring Bill Murray and Scarlett Johansson. Murray’s character, Bob Harris, is in Tokyo to shoot an advertisement for Suntory Whisky’s Hibiki 17 Year, and a fair amount of time is spent in the New York Bar. The connection between the bar and the movie is still alive all these years later.

There’s a cocktail called the L.I.T., which the Telegraph notes draws inspiration from the color of Johansson’s outfit in the beginning of the movie. There’s also plenty of Japanese whisky. Hibiki 17 was discontinued by the distillery, but the bar has the 21 and 30 year available by the glass. The bar describes itself as “more New York than New York” on its website, with weekly jazz and live entertainment. Just keep in mind you need the dining budget of a Hollywood star to enjoy the drinks menu.

2. 7B Horseshoe Bar aka Vazacs in New York City from The Godfather: Part II

In 1935, a catering hall named Vazacs opened in Manhattan’s Alphabet City. According to the bar’s own history, it picked up the name “Horseshoe Bar” because of the horseshoe-shaped bar inside. The “7B” comes from the street corner where the bar is located. The building has seen a lot of changes over the years — including a mention in the novel The Golden Spur and a brief time when apartments took up the second floor — but its main claim to fame is its role in movies.

It’s here that the Rosato brothers attempt to kill Frank Pentangeli in 1974’s The Godfather Part II, and can be seen in the background later as a shootout takes place on the streets. It’s also in the 1986 movie Crocodile Dundee, where the titular character tries to pick up on, and then assaults, a trans woman and yells, “A guy dressed up like a sheila! Look at that!” It’s also the setting for a beer chugging bet between Ashton Kutcher and Rob Corddry in What Happens in Vegas. The TV shows Law and Order and Sex in the City have shot scenes here as well. For the full dive, check out a supercut of the bar’s many televised appearances before visiting for a drink.

3. The Blind Donkey in Long Beach from La La Land 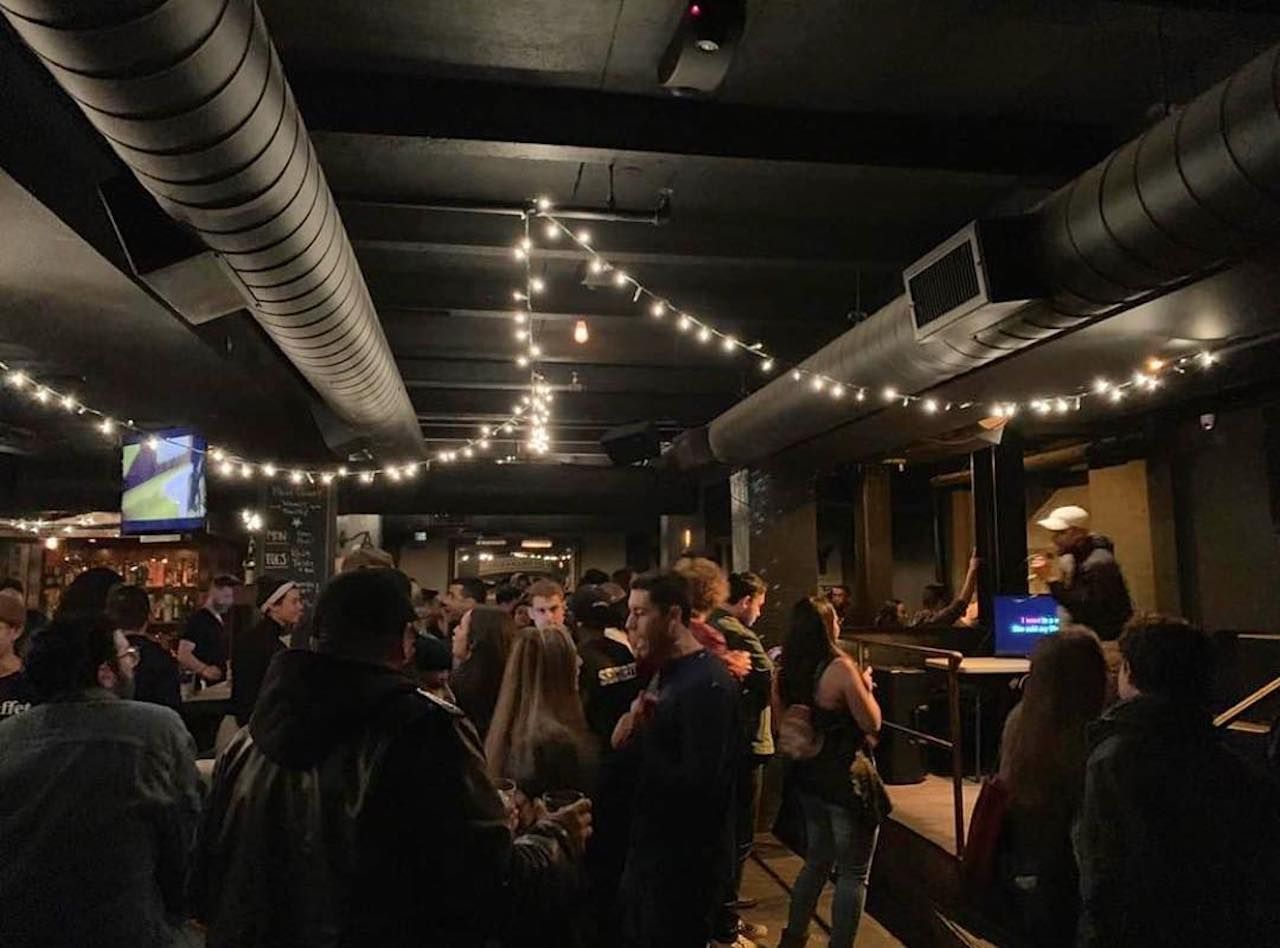 Sebastian (played by Ryan Gosling) and Mia (played by Emma Stone) meet for a final time onscreen toward the end of La La Land at Sebastian’s swanky jazz club, Seb’s. It’s as classy in the movie as a jazz bar should be, complete with spot lighting and tightly packed tables. In real life, it’s the Long Beach, not Los Angeles, location of The Blind Donkey. The bar has long tables and arcade games rather than candlelit tables for two. The main attraction isn’t jazz, but is arguably The Blind Donkey’s long and inclusive spirits list with whiskeys from America, Ireland, Scotland, Japan, Taiwan, France, and Canada. It’s a much more lively looking place in real life than it is in the movie.

4. L Street Tavern in Boston from Good Will Hunting

It would have been very easy for L Street Tavern to sell its soul to the many visiting fans of Good Will Hunting. It looks similar to the cheap pub it’s supposed to be in the movie when Will (played by Matt Damon) downed beers with his buddies, only the real Southie bar sells branded clothing and has a Good Will Hunting poster on the wall. Still, L Street Tavern has maintained its status as a local stop to watch sports and hold political events, according to The Infatuation.

5. Sky Bar in Bangkok from The Hangover II 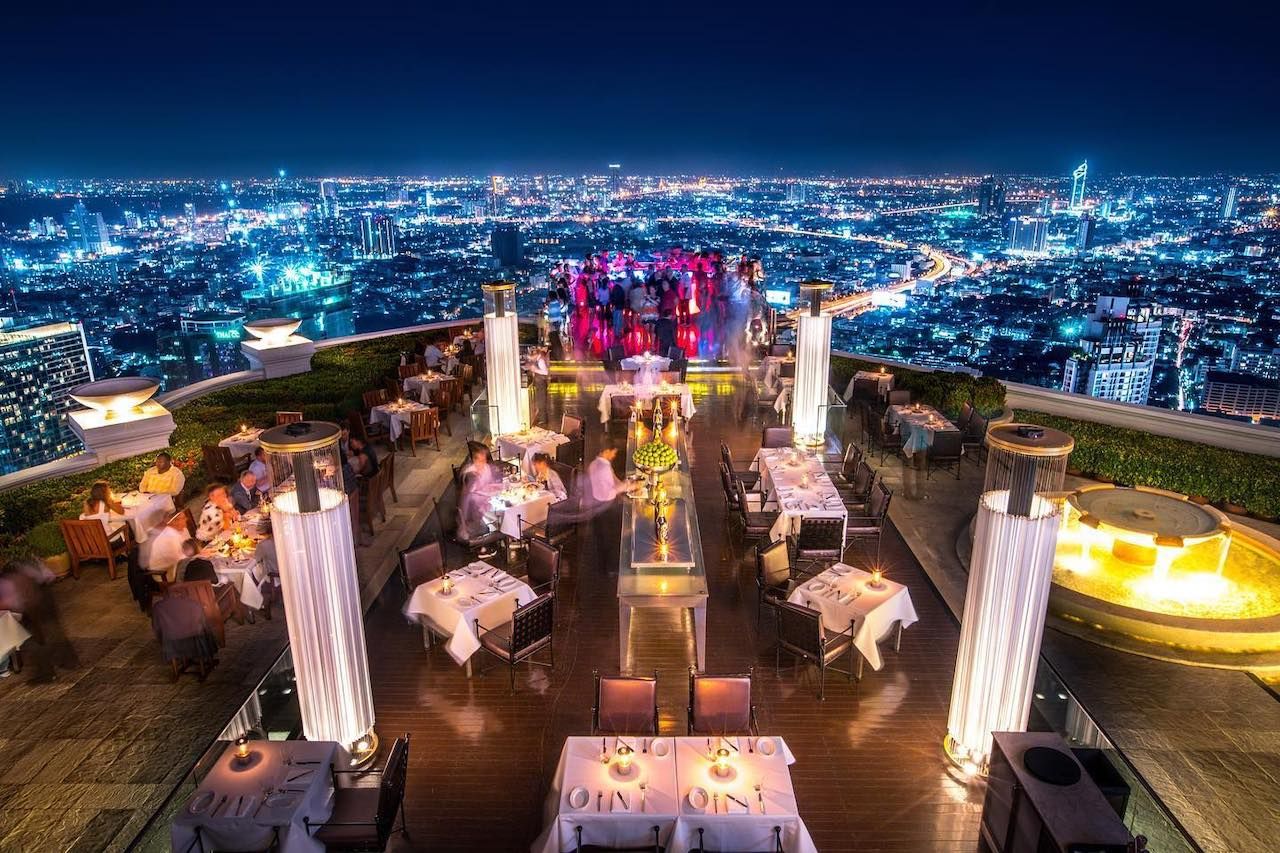 Even Ed Helms’ fake face tattoo couldn’t distract from the views when Bangkok’s Sky Bar made an appearance in The Hangover II. In the scene, the Hangover crew meet Kingsley (Paul Giamatti) to unsuccessfully negotiate the release of Teddy (Mason Lee). All while perched on one of the highest rooftop bars in the world — perfect for the part of the scene when a military helicopter rises to the bar’s level in the background.

Sky Bar embraces its role. It cheekily references the appearance on its website by referring to the fact that guests might recognize it from “a certain movie.” Sky Bar also has a drink called the Hangovertini, which sells for around $35 and is made with Chivas Regal 18 Year, vermouth, rosemary shrub, and maple syrup. But it’s somewhere you’d want to go even if you absolutely hated The Hangover II. It’s located 820 feet in the air, and, though pricey, offers unparalleled views of Bangkok.

6. The Prince in Los Angeles from Chinatown

The Prince has the red-lit feel of lounges and steakhouses from a different era. That’s part of the reason it’s had such a great run on the big screen. In Roman Polanski’s 1974 movie Chinatown, Jake Gittes (played by Jack Nicholson) and Evelyn Mulwray (Faye Dunaway) meet here. The horseshoe bar in the middle of the main room also makes a couple appearances in Mad Men, and it’s the bar of choice for the magicians in the comedy The Incredible Burt Wonderstone. Its plush red leather booths and quirky lighting make it a good setting for just about any throwback classy bar.

The real bar is in LA’s Koreatown. It was first dubbed The Windsor when it opened in the 1940s, according to Curbed. The space was decked out with small statues of the British soldiers of yore, stained glass, and oil paintings. When it was purchased by another owner in 1991, that all stayed the same while the name changed to The Prince and the menu switched to Korean food. The blending of old and new works, making it the perfect backdrop for so many movie and television sets.

Entertainment13 Famous Restaurants From TV and Film You Can Actually Eat At
Tagged
Movies Restaurants + Bars
What did you think of this story?
Meh
Good
Awesome