“Would you prefer the saugell trocken or the silvaner escherndorfer, sir?” the sommelier at Munich’s Vinothek by Giesel asked me in a tone that suggested he already knew the right answer.

He might as well have asked me to solve a long division equation.

It brought me back to a wine tasting I had done at a vineyard in Luxembourg’s Moselle Valley. I had no business being there. As far as I knew, boxed wine was top shelf stuff and sauvignon blanc was Elon Musk’s kid. My ignorance was proven when the journalist next to me (a seasoned wino) spat his wine into the spittoon and I, appalled, thought he had just spit it into the host’s flower vase. At that wine tasting I had tried (and failed) to hide my ignorance — and it didn’t get me anywhere. In Munich, I decided not to hide anything.

“I have absolutely no idea,” I said, waiting for that condescending smirk reserved for wine neophytes. “What do you think?”

No smirk. If anything, the sommelier looked relieved, because now he got to recommend his favorite local wine and explain why it paired well with my trout. He seemed to genuinely relish the opportunity to talk about wine with someone who knew nothing about it. At that moment, I realized I had come to the right city. 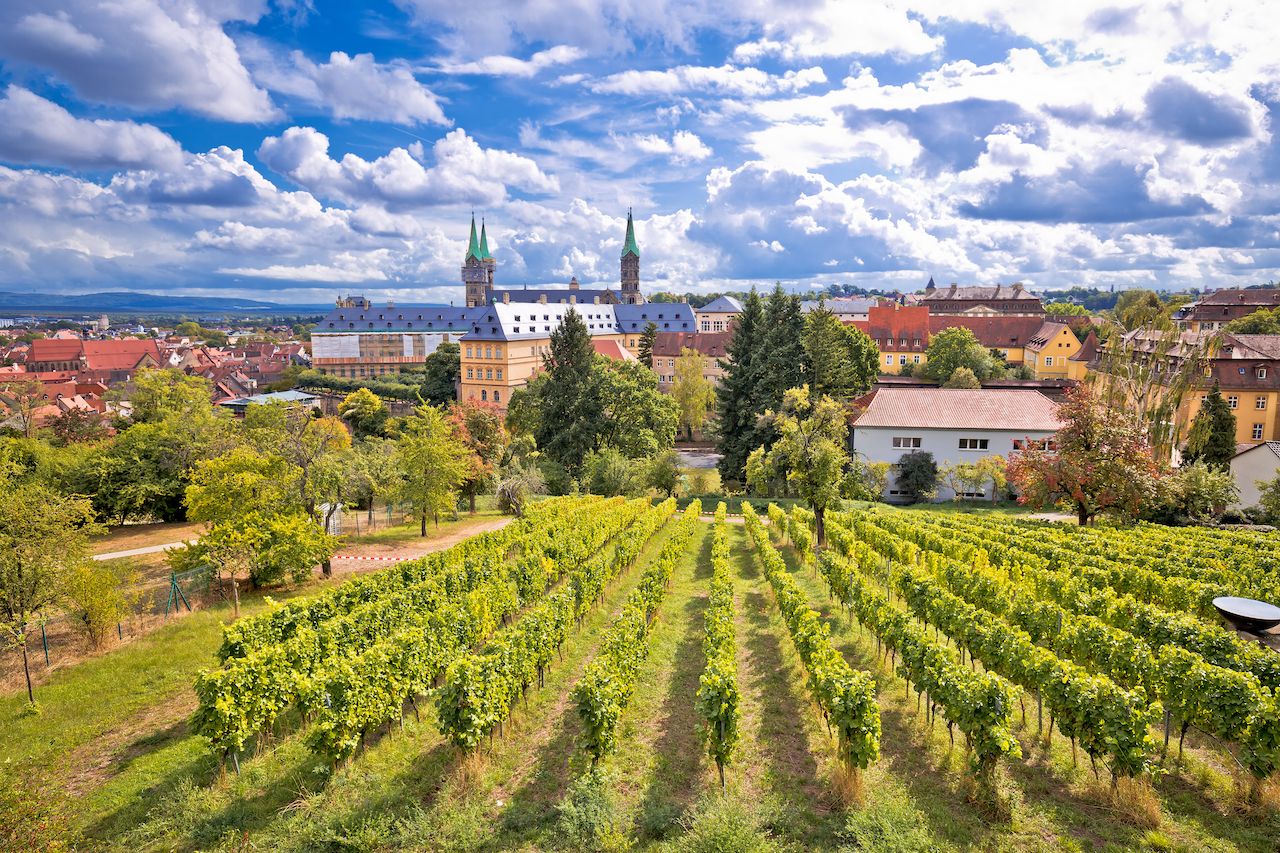 Munich isn’t known for its wine, and neither am I. The haughty attitude and opaque jargon have always made wine feel inaccessible to me, but Munich isn’t like the wine regions of the world that are teeming with sniffers and swirlers and swishers. The city’s wine bars and sommeliers have an unpretentious air, and there’s a sense of inclusivity perhaps borne out of one simple fact: people associate Bavaria more with beer and Oktoberfest than wine country.

Yet Bavaria is also home to Franconia, a cultural region in the northwestern part of the state with a history that dates back to at least the 8th century. Unlike the rest of Bavaria, Franconians prefer vineyards to beer gardens. Müller-thurgau, silvaner, and bacchus are the primary grapes grown in the region.

“There are thousand years of winemaking tradition in Franconia,” says Joost von Nagell, the sommelier and head of restaurants, conferences, and catering for Munich Airport. “The soil — the so-called Triassic soils of Keuper, Muschelkalk and Buntsandstein — allows Franconian grapevines to grow in the best conditions.”

Roughly 80 percent of the vines planted in the region yield white wine grapes, while much of the red wine grapes are used for a Franconian version of rosé called rotling. If you visit Franconia, you’ll find yourself decidedly in white wine country.

“Many guests hardly know that wine is grown in Bavaria, as the region is primarily known for beer,” van Nagell says. “Most have heard about wine culture in central Germany, such as Rheingau, Mosel, or Rheinlandpfalz, but the Franconian wines — from very filigree silvaner to strong pinot noir — are just as good.”

How to visit Franconia 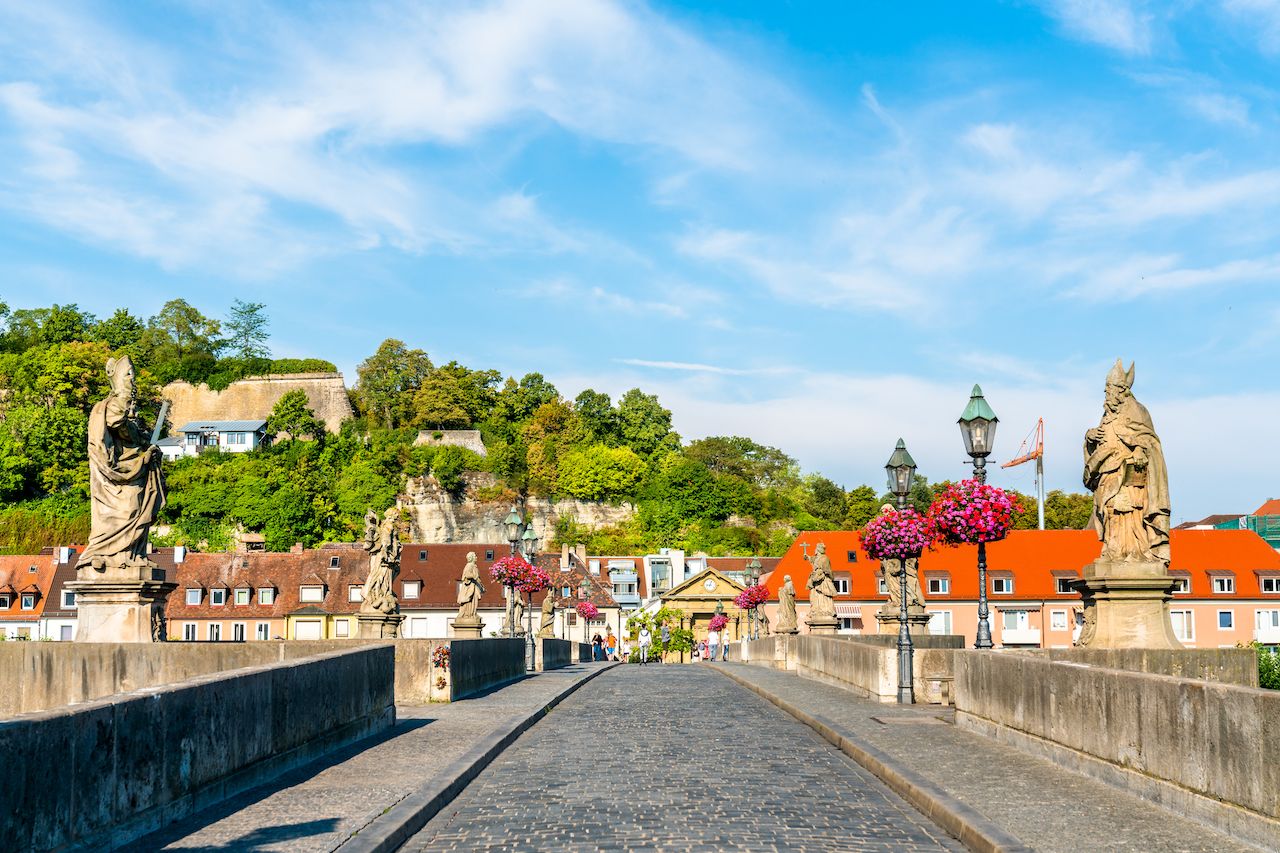 Würzburg should be the first stop on any trip to Franconia. The city is home to one of Franconia’s most historic vineyards, Weingut am Stein’s Würzburger Stein, which has grapevines that cover the surrounding hills. Specializing in steinwein (a dry white wine) made from silvaner grapes, the vineyard has been operating since the eighth century, and its wine is considered to be among the best in Franconia.

For a slightly more dramatic sipping experience, head to Sommerhausen, an artist colony just outside Randersacker that’s known for its colorful homes, red roofs, and fruit bazaars with a distinctly Mediterranean feel. The colony’s most recognizable feature, however, is the Weingut Schloss Sommerhausen, a 15th century castle that has produced wines riesling, silvaner, and burgunder wines for more than 600 years.

If “most vineyards per capita” is your thing, Iphofen is where you need to go. The town of 5,000 residents has 35 vineyards that dot the countryside trails of Hötte Hött leading to Schloss Schwanberg. Vinothek is the most popular local tasting room, and guests here can try a range of local wines from the region’s most popular producers.

Getting out to the wineries isn’t the only way to taste what Franconia has to offer, though. As von Nagell says rather succinctly, “Franconian wines are on every good wine list.”

Where to drink wine in Munich 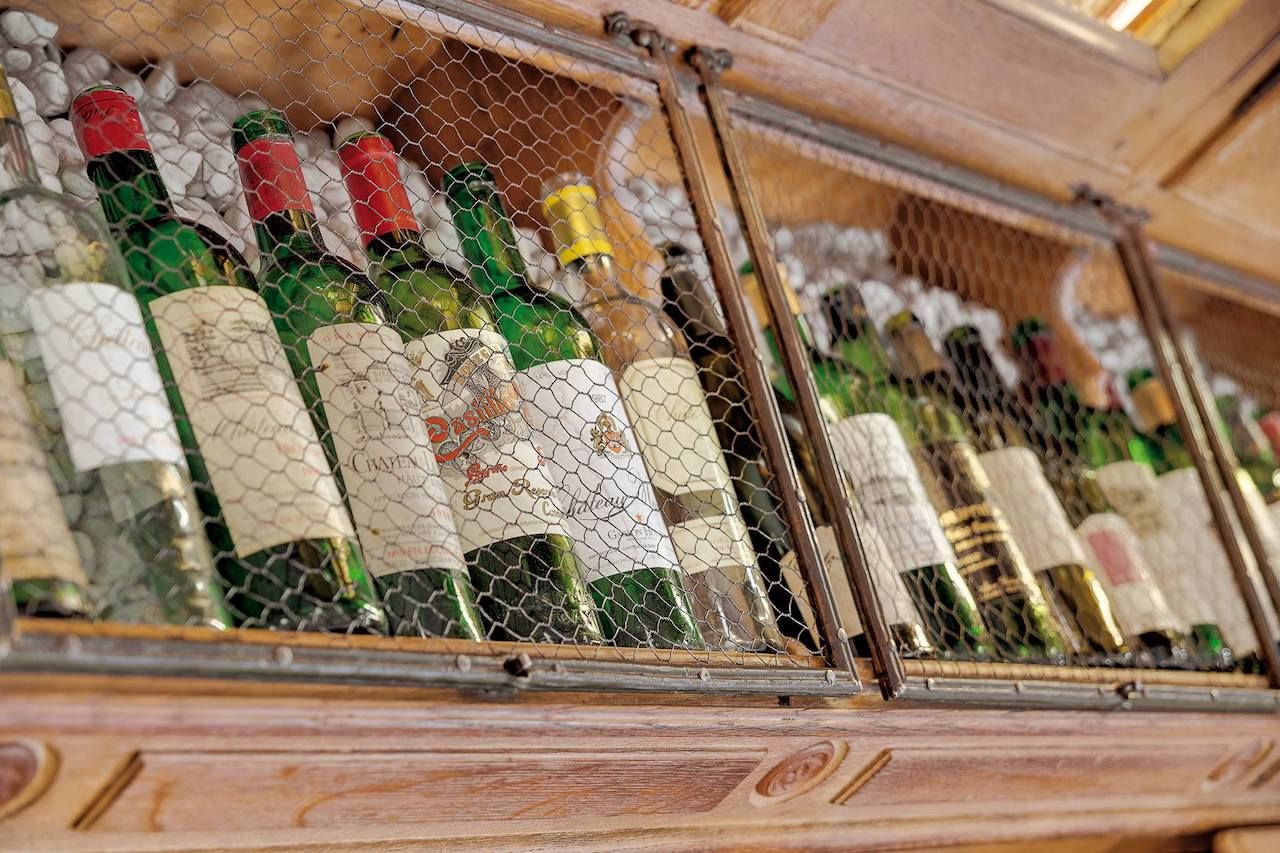 Even a trip to Bavaria that doesn’t include Franconia can easily be filled with German wines. You just have to know where to go.

Pfaelzer Weinstube has been a Munich institution since 1950. Spread across seven rooms in a former electoral and royal Bavarian residence, the restaurant specializes in wines from the Palatinate area in southwestern Germany. The restaurant stocks more than 60,000 bottles in its extensive cellars. The space looks like a cross between a traditional beer hall and an ancient Roman cafeteria, with long communal tables that encourage socialization and huge marble columns that line the dining rooms. There’s also a dedicated wine bar room, and a cozy outdoor section where you can enjoy your food and wine surrounded by gray medieval architecture. If you enjoy your glass of wine, you’ll be able to purchase a bottle to bring home with you.

Grapes Weinbar is a traditional wine bar that’s exactly what you imagine when you think of a European wine bar: small, cozy, dimly-lit, and filled with people whose conversations rarely rise above a whisper even on a Saturday night. With more than 1,300 wines from Germany and around the world, there’s plenty of options to choose from (along with sommeliers who’re knowledgeable enough to help you narrow it down). 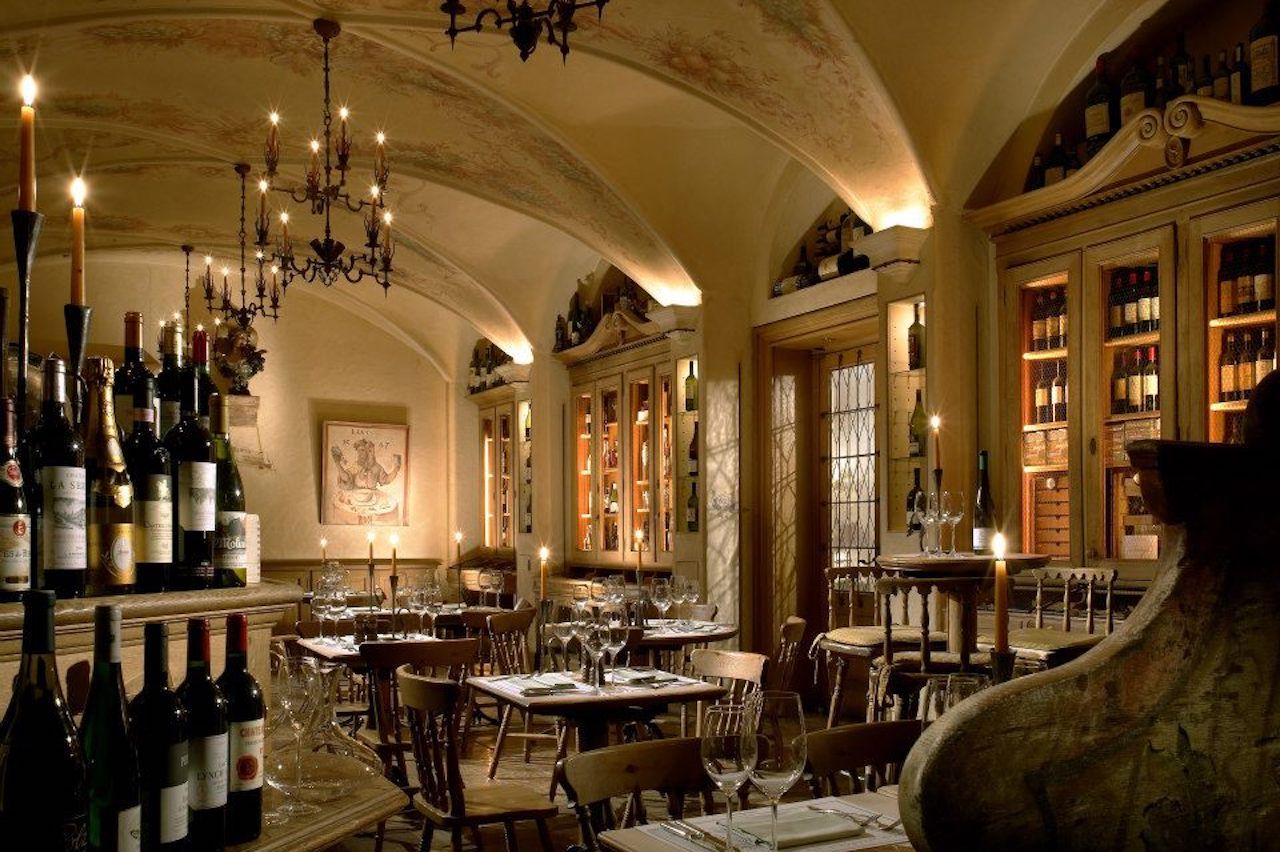 At Vinothek by Geisel, it’s easy to be intimidated at the ornate bar by the finely-dressed waiters and walls lined with wine, like leather-bound books on the bookshelves of a historic library. My savior was my knowledgeable sommelier. After I’d passed the baton on deciding between a saugell trocken or a silvaner escherndorfer, he recommended the saugell trocken for “the best of Munich, the best of Franconia.”

His manner was consistent with every waiter and sommelier I had met in Munich’s wine bars. The unpretentiousness was indescribably refreshing to a newbie like me. The result is a wine scene where value lies in its modesty. Unlike beer, drinking wine in Munich doesn’t feel like something you have to do, but something you simply should do.

BeerHow a 500-year-old law makes German beer what it is today
Tagged
Wine Munich, Germany
What did you think of this story?
Meh
Good
Awesome

8 ways to rock Oktoberfest if you aren’t into beer

10 reasons you should never take your kids to Munich

9 reasons Munich’s Springfest is the most underrated German festival

5 things that suck about Munich’s Oktoberfest

8 of the best nightlife spots in Munich

5 incredible road trips you have to check out in Europe

The only guide to Oktoberfest in Munich you’ll ever need