Nobody does TV like the Brits. From Doctor Who to The Office, The Fall, and Sherlock, British shows have been hitting the mark for decades, acquiring hordes of series-hungry fans from all over the world. The most famous purveyor of good British television is, obviously, the BBC, and if you’ve been following the British Broadcasting Corporation’s recent creations, you know there’s an awful lot of good stuff to binge watch and become obsessed with out there. The good news if you’re entirely engrossed with those shows is that a lot of them are filmed on location, so you can easily visit the sets. From Fleabag to Killing Eve, here are six BBC shows and the spots where they were filmed for fans to visit and geek out over without restrain. 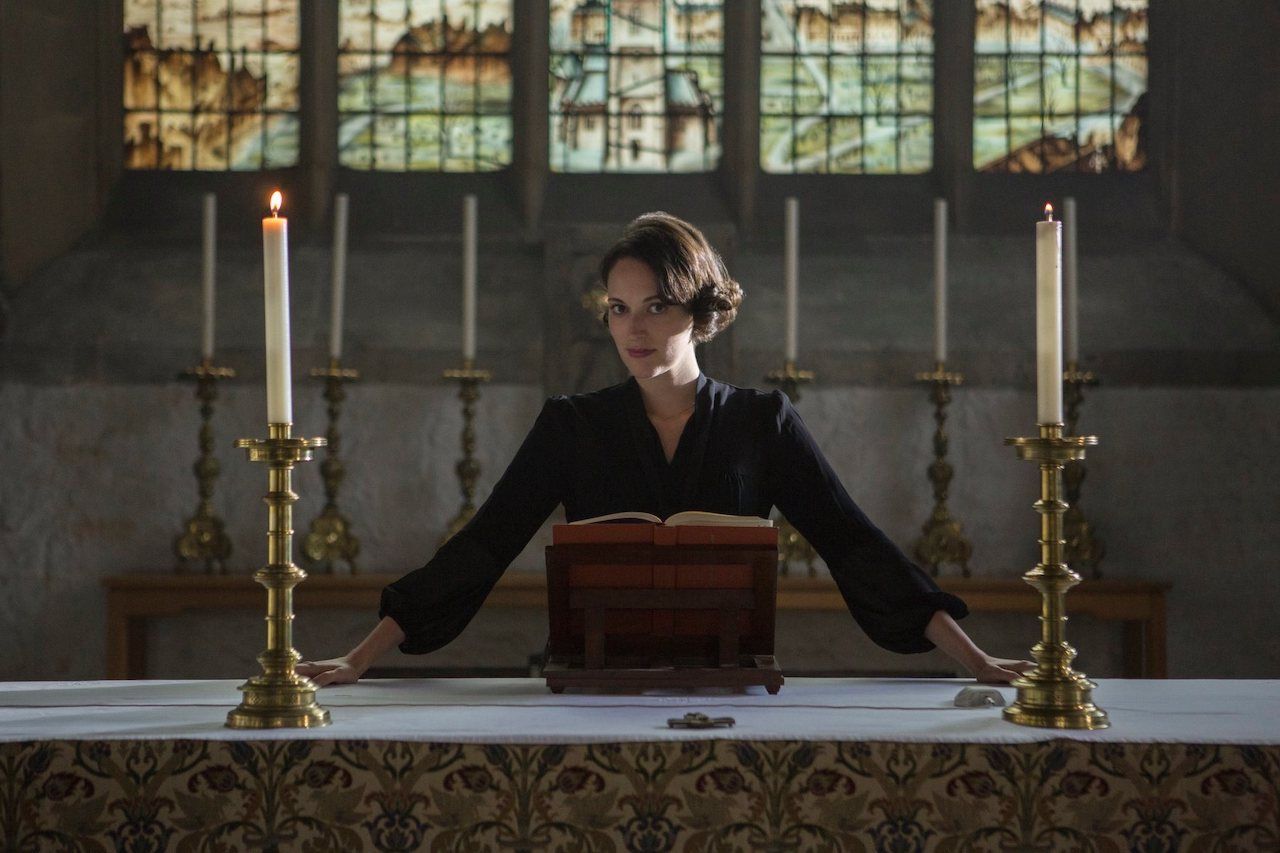 With all the talk of hot priests, one might think that’s all Fleabag is about, but the award-winning dramedy actually centers around its titular female protagonist as she navigates through life. The majority of filming took place in a single neighborhood — Dartmouth Park in the London borough of Camden.

An important place in the show is the guinea-pig-themed cafe that Fleabag owns and runs, and it was filmed at the Bold Café and Restaurant, a Turkish restaurant. Both interior and exterior shots were filmed here, though the production crew temporarily remodeled the interior to match the image they had in mind. Additionally, while scenes in Fleabag and her sister Claire’s respective apartments were filmed in studio, fans can see the exterior of Claire’s apartment on Laurier Road.

Besides Camden, Fleabag’s filming moved around other parts of London. In the first season finale, Fleabag’s godmother holds a “sex-hibition” where she shows off her sex-related art, which was filmed at the Tate Modern. The second season’s premiere saw all of the main characters attending a dinner party, which was filmed inside Smith & Wollensky, a steakhouse in Covent Garden. Season two also introduced the Hot Priest, nicknamed as such by fans (he’s actually just “the Priest” in the show), and the church scenes were filmed at St. Andrew’s in Kingsbury in Greater London.

For those wanting to get out of London, the silent retreat that Fleabag and Claire go on is in Buckinghamshire at Hedsor House. The mansion doesn’t allow for walk-in visits as it’s mainly a venue for special events — visitors will have to either wait for one of its Open Houses, take a virtual tour, or settle for just seeing it from the outside. 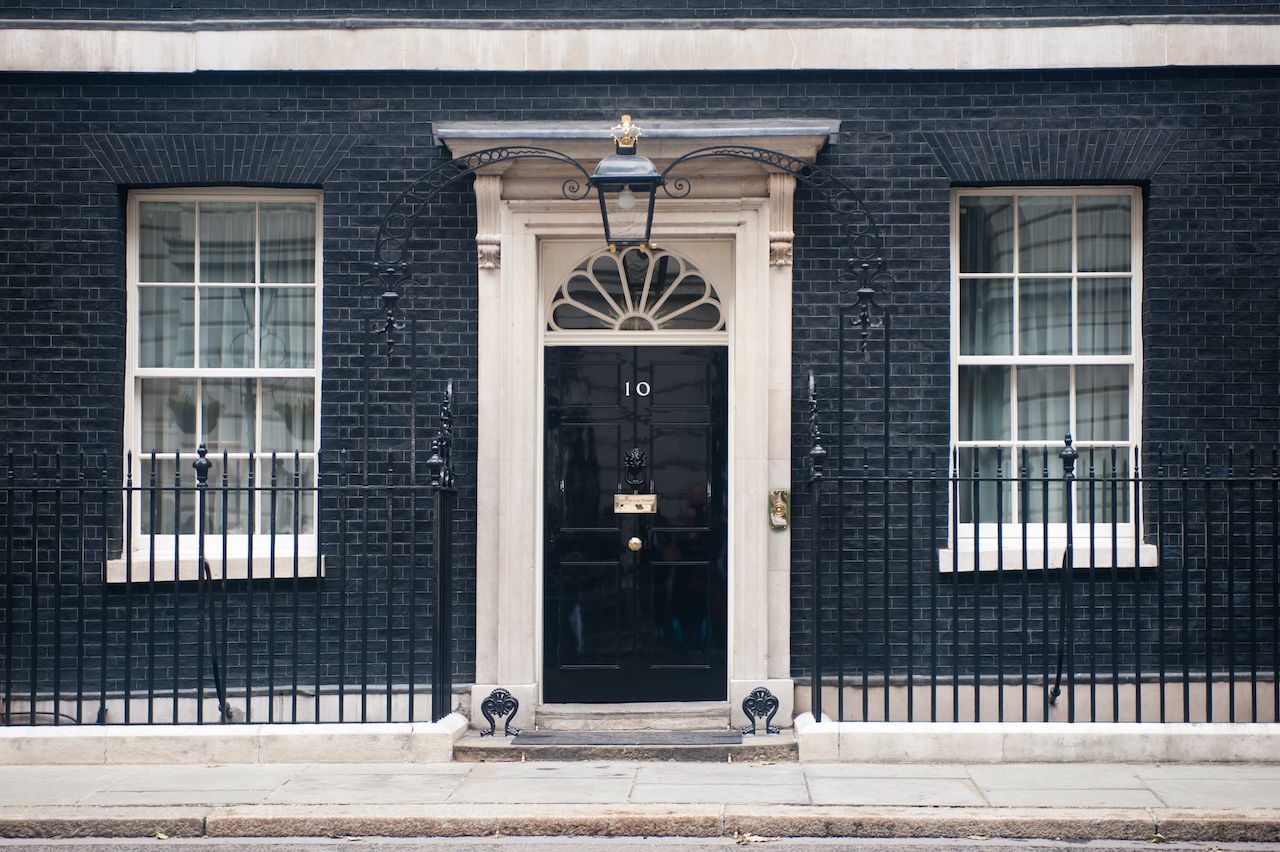 Bodyguard is a political thriller that sees Richard Madden go from King in the North to a war veteran turned bodyguard for Britain’s Home Secretary, Julia Montague. His character, David Budd, despises the politics of the person he’s been assigned to protect which, coupled with his PTSD, makes for a harrowing tale.

Filming occurred all over London and rarely ventured outside the British capital. The main scene not in London was part of the show’s premiere, in which Budd stops a terrorist attack, and was filmed on the Mid Norfolk Railway and at Dereham Station.

While existing places were mentioned, many of them had substitute filming locations: a vacant office building in Uxbridge and studio sets for the Home Office; RSA House for Downing Street; Ham House for Kensington Palace; and the Tate Modern for Metropolitan Police headquarters.

One of Bodyguard’s most tense scenes, in which a sniper attempts to assassinate Montague in the show’s second episode, was all filmed in the streets by St. Paul’s Cathedral. Another tense scene ensues in the following episode with another attempt on Montague’s life, this time while she’s giving a speech at St. Matthews’ College. The University of London Senate House was used for the fictional college.

As far as the characters’ houses are concerned, Budd’s house was filmed at the Stoneleigh Terrace estate, Montague’s was at Overstrand Mansions in Battersea, and the South Place Hotel in Camden was used as the hotel safe house. 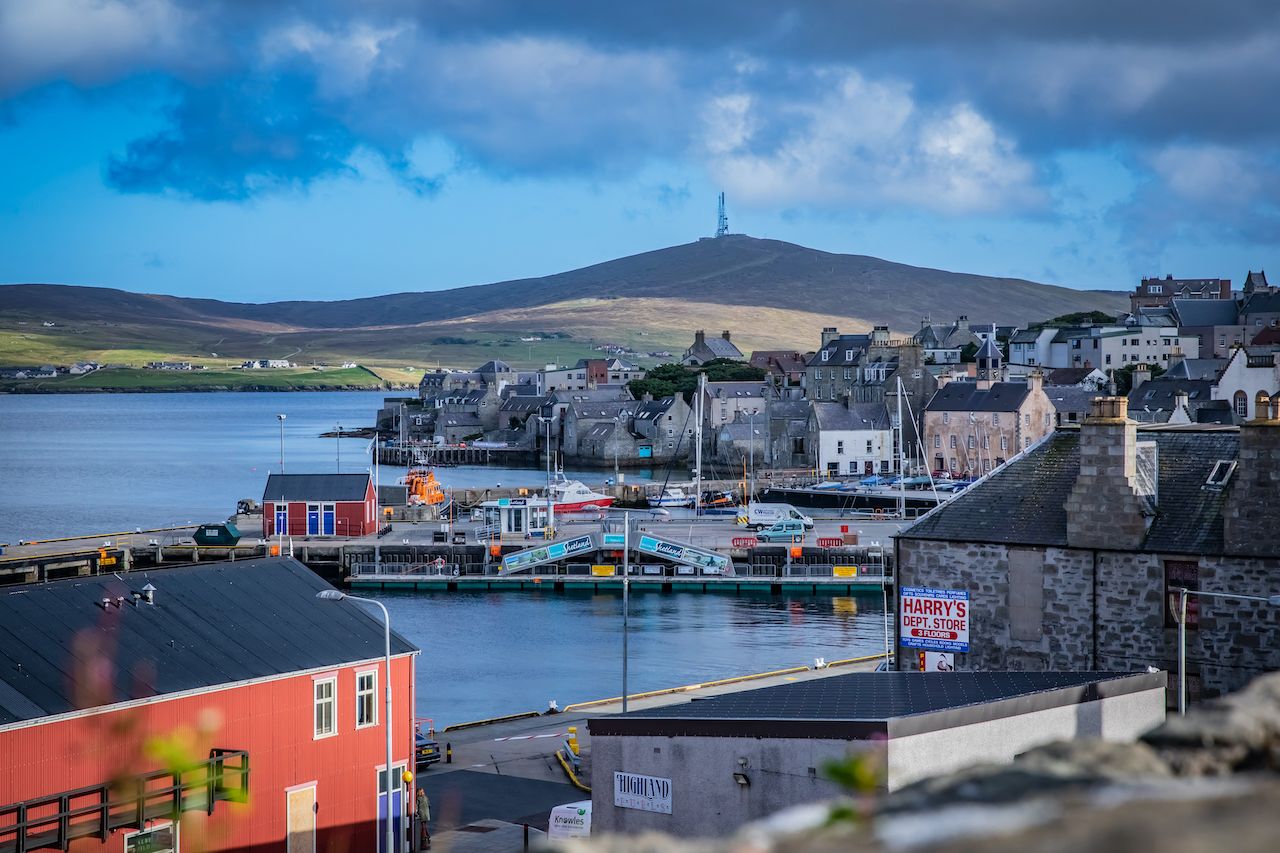 Shetland is a classic detective story adapted from the novel series by Ann Cleves, following Shetland detective inspector Jimmy Perez as he solves different mysteries. The show itself can get rather bleak, which matches the beautiful, but desolate, scenery that serves as its backdrop.

While the show is set on the Shetland Islands, a Scottish archipelago between the Faroe Islands and the northernmost point of mainland Scotland, not much filming was actually shot there and was done more on the mainland.

Of the scenes that were actually filmed on the Shetland islands, there’s Perez’s home, which viewers see in nearly every episode. Used for this purpose is the Lerwick Lodberrie, right in Shetland’s capital of Lerwick. The location for Perez meeting archaeologist Val Turner is the Shetland Museum and Hay’s Dock Café (located inside the museum). Various other locations in town, such as the harbor, were used as background shots. The second series featured Fair Isle, which stood in for the location where Perez grew up, as well as where one of the series’ murders takes place. Also used in the second series is the Sumburgh Head Lighthouse, as its visitor center was transformed into the Willow Reeves’ hotel lounge.

Parts of Northmavine, in northern Shetland, were used as locations for different scenes in season two, three, and four: Burnside Beach for Magnus Bain’s cottage; the Holes of Scraada and Eshaness Cliffs for the place where Michael McGuire dies; and the Hillswick Wildlife Sanctuary, a real-life location significant to season four’s main plot. The show’s fifth series premiere took place on Banna Min Beach, in which severed body parts wash up on a beach and lead into the mystery of Zezi’s disappearance, which serves as an overarching plot.

For many of the interiors and some landscape shots, the crew took to Glasgow and its surrounding towns. 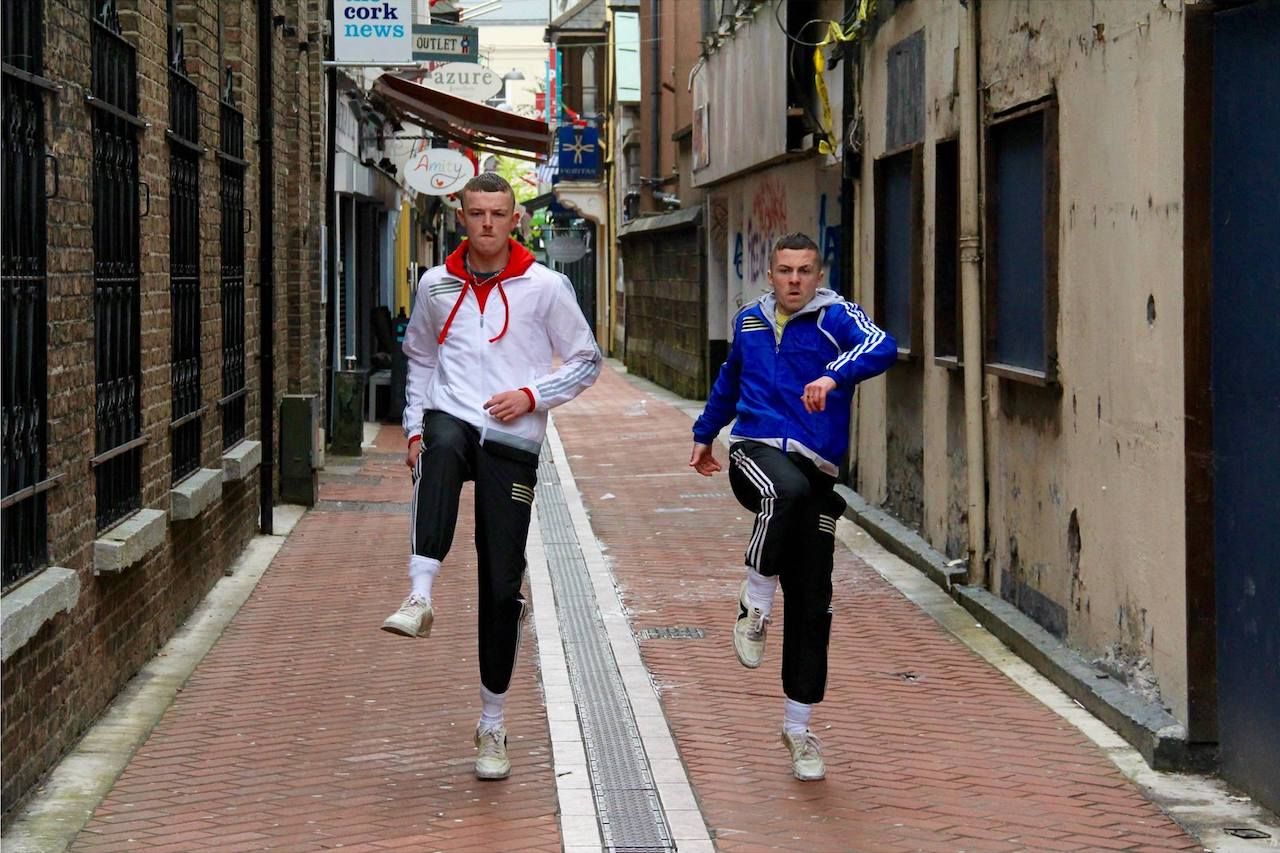 The television incarnation of The Young Offenders is a spin-off of a movie by the same name and provides some serious belly-aching comic relief as it follows rebel teenagers Conor MacSweeney and Jock O’Keefe. The sitcom is set in Cork, Ireland, and all of the filming takes place there. Locations shown throughout its episodes can be found in real life, retain their real names, and are mostly unchanged.

Just walking through the town will put you right in the heart of it all, and fans will instantly recognize locations used for its production. One of these is in the second season’s fourth episode, when Conor and Jock decide on a new business venture — a fish and chip van — which is filmed at Turners Cross, a football stadium. Former Manchester United and Celtic football player Roy Keane even cameos in one of the scenes by Turners Cross.

Besides the fame brought to the Irish city by the show, Cork is famous in its own right for its historical sights. Some of these are showcased in The Young Offenders, such as the English Market; a Franciscan abbey on the North Mall; a former distillery on Wise’s Hill, named after the distiller Francis Wise; St. Finbarr’s Cathedral, the patron saint who founded the first known settlement in Cork; St. Finbarr’s Cemetery; Daly’s Bridge; Pope’s Quay; Corn Market Street; Bishop Lucey Park; and the Cork College of Commerce. 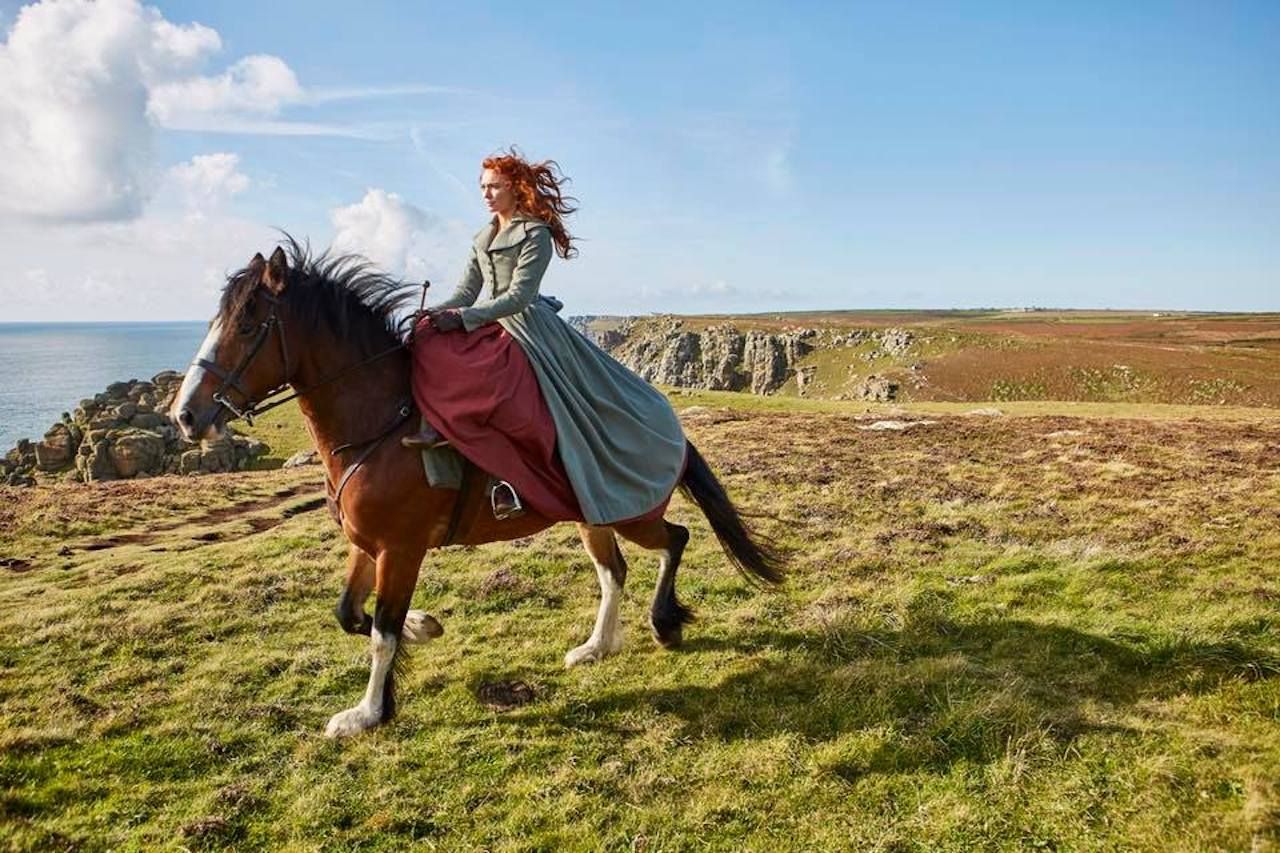 A period drama, Poldark follows Ross Vennor Poldark as he returns to Cornwall after the American Revolutionary War. Filming largely took place in Cornwall, and with five series under its belt, Poldark fans can turn their trip into a multi-day pilgrimage.

The outdoors plays a major part in the show, which means that most of the locations can be visited without much hassle and free of charge. The open, grassy area of Bodmin Moor was used as the scenery around Poldark’s cottage, named Nampara, while the exterior of the cottage itself was filmed in the town of St. Breward (interiors were done in studio). The natural landscape of the area lends itself to easy scenery shots and, as such, a myriad spots on the Cornish coast make appearances, such as the Botallack mines, which served as the location for Wheal Leisure, the mine Poldark owns; the Levant mine, used for the Tressiders Rolling Mill; Padstow for background scenery; and St. Agnes Head for part of the Poldark estate, among many more. 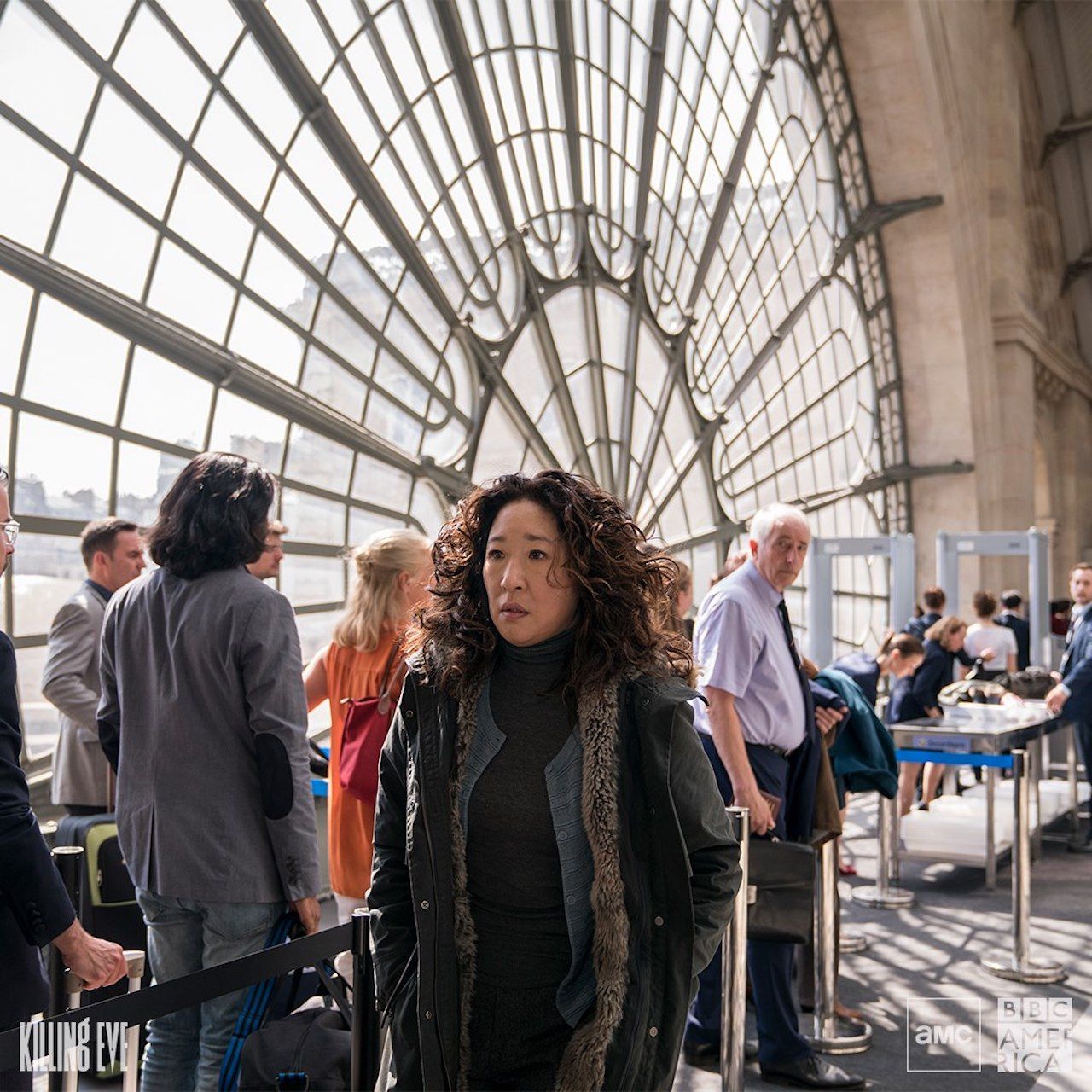 Anything that involves spies is guaranteed to have a wide variety of locations, and Killing Eve, a spy thriller that tells the tale of a spy and assassin that become obsessed with each other, is no exception. Fans should be ready to traverse all across Europe if they want to follow in the show’s footsteps.

While some interior shots were filmed in a studio in the UK, a lot was filmed on location and is easily accessible to the public.

As Eve is an MI5 agent based in London, many of her scenes can be found there: the exterior of her first office is of a building on Warwick House Street; scenes of her leaving work were filmed around Guy’s Hospital and the Counting House Lodge; her second office is filmed at The College, Holborn; and the exterior of the pub where she meets her co-workers was filmed at The Albert pub while the interior was filmed at another, The Old Nick. Villanelle makes several appearances in London too, such as the park she follows Eve through, which was filmed in Russell Square, and her meetup with Konstantin, her handler, right in front of the Tate Modern.

Different parts of the UK were used as stand-ins for other areas. The club that Villanelle lures Bill, another MI5 agent, into to kill him is shown as being in Berlin but is actually of Fabric Nightclub near London’s Barbican Centre. Hornsey Town Hall in Crouch End was used as Hotel Atlasov in Moscow, where Eve and her boss Carolyn stay as they track Villanelle.

As Villanelle was based out of Paris, the French capital was another important filming location. While the interior of her apartment was filmed in studio, Rue Guénégaud and Rue Mazarine (both in the sixth arrondissement) were used for exterior shots of her neighborhood; her meeting with Konstantin in the first season’s fifth episode was filmed in the middle of Place Vendôme; and the scene where she tries to get a taxi to the hospital was filmed on Rue César Franck (in the 15th arrondissement). Also notable is when Eve is on her way back to London and goes to Gare du Nord to do so, which was all filmed at Gare de l’Est.

Amsterdam, Rome, Berlin, and Bucharest are other on-location filming sites but do not appear nearly in the same capacity as London and Paris.

MoviesWhere To Travel According To Your Favorite Disney Princess
Tagged
Entertainment Trip Planning
What did you think of this story?
Meh
Good
Awesome