The term “queer bar” is a misnomer. These sacred institutions contain multitudes. They’ve been the sites of rallies, meet-cutes, political campaigns, and chosen-family gatherings. They provide both refuge and risk. They’re places for parties and protests. When LGBTQ Pride erupts worldwide every June, it commemorates the Stonewall Uprising — an event that began at a queer bar.

But America’s historic LGBTQ havens are closing at an alarming rate. Between 2007 and 2019, the US lost 37 percent of its queer bars, according to research published in the journal Socius. Today, there are only about 21 lesbian-centric bars left in the country.

Few understand the complex realities of this queer-bar conundrum better than Dr. Eric Cervini, a Pulitzer Prize nominee and historian of LGBTQ culture and politics. In his latest book published with Miller Lite, Beers and Queer History, Cervini dives into the underreported stories of 10 iconic queer spaces, proving how integral they are to the country’s past, present, and future.

We spent time with Cervini to discuss the state of the queer bar and learn about into his favorite LGBTQ destinations around the US.

Matador Network: Why do you think it’s important to share a written history of queer bars in 2022?

Dr. Eric Cervini: When you look at queer history, you notice so much of the most important moments in our collective past happened at queer bars — whether it’s Stonewall, Compton’s, the Black Cat — because, for so many of us, these were the only spaces that were safe. And sadly, when you look at the numbers, they’re diminishing. They’re becoming an endangered species.

I think it’s so important to recognize not just the spaces that are in themselves historical, but also the people who existed there who not just survived but thrived in these spaces and literally created history. Whether it’s José Sarria or Marsha P. Johnson — so many different folks shaped who we are as a community in these spaces. I like reminding people of how queer bars, queer institutions, and queer politics are inextricably linked. 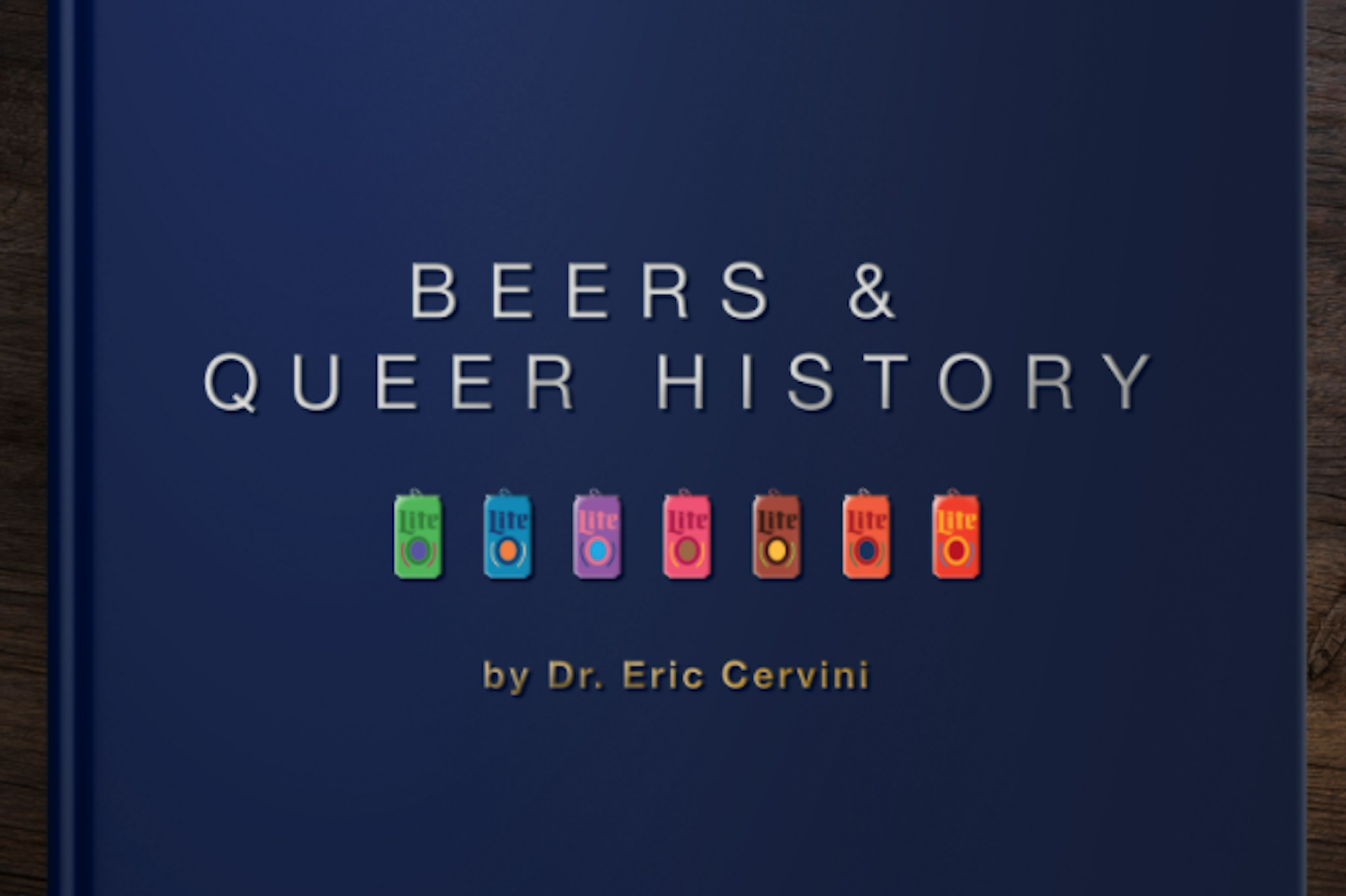 Of the bars you write about in the book, only half are still open as queer spots today. Which remaining bar is your favorite?

Obviously, the Stonewall Inn. It’ll always have such a special, sacred place in my heart as the birthplace of queer liberation.

You recently visited The Stonewall Inn for your book’s NYC launch party. What’s your impression of the bar today?

I think they’ve done a great job preserving this historical space. You look at the numbers, and queer bars are really suffering as a result of gentrification and the COVID-19 pandemic. So many queer institutions went out of business, yet Stonewall is still alive. I think in the hands of other folks, there’s a very good chance it would’ve turned into a highrise condo, or turned into a straight bar.

That’s what happened on the west side of Los Angeles. We don’t have any queer bars now because they’ve either shut down or have been bought out by straight owners. [Stonewall] is still a shrine to our past. There’s a memorial outside for Sylvia Rivera and Marsha P. Johnson. I’m very grateful that it still exists as somewhere we can celebrate our past.

Speaking of the past, when people tell the story of the Stonewall Uprising, it’s usually filled with folklore. But in your debut book, The Deviant’s War, you give a beautiful, accurate account of what happened. Can you correct some of the common misconceptions people have about those events?

I want to start by saying I don’t think the mythology around Stonewall is a bad thing. I think we have been excluded from so much of American Judeo-Christian ideology and mythology. We’re often told we don’t have a place in our own country, let alone in a more spiritual realm. Stonewall is our mythology. That is what we hold onto to explain our existence. And so, I think this is where history doesn’t necessarily need to be at odds with the storytelling that has emerged because that in itself is historically significant. 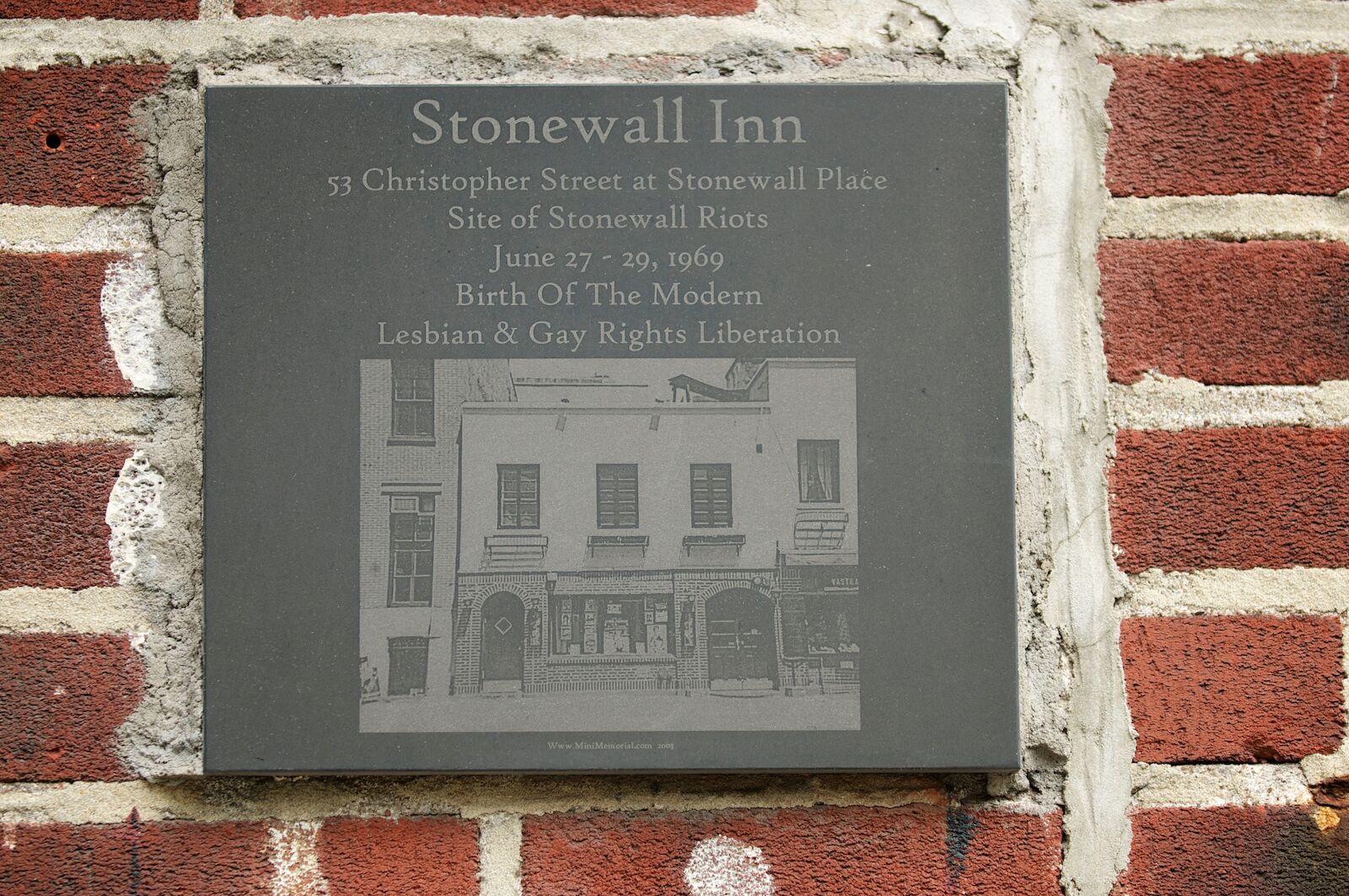 There’s an eyewitness account of Marsha P. Johnson climbing up a lamppost in a tight dress and high heels with an entire bag of bricks or something equally heavy. We know it was a bag, and we know it was very, very heavy — likely filled with whatever would have caused damage — and she dropped it on the windshield of a police car below her, shattering it. And I think that’s one of the most iconic moments, not just of Stonewall, but of all queer history.

It’s that moment that I think we should keep in mind rather than debating, “Okay. Who was the first?” Who cares about who threw the first brick? Talk about just pure cinematic quality and courage to be doing that. That’s the story I like to hold onto and imagine when I think of Stonewall.

What do queer folks lose when we abandon these queer spaces?

It’s a great question. I think if COVID taught us anything, it’s that there is something lost when we lose physical interaction with other people, with our community. I think you have to have a physical space in order to expand our community, expand our horizons, and meet a diverse group of people and have this completely organic conversation and meet folks who are different from you and have different lives than you. You can’t do that in a Zoom room. You can’t do that very easily online on various dating apps.

I think that’s what queer bars offer, not to mention the political aspects. Queer bars have always been the epicenters of political organizing by queer folks. I think we shouldn’t just commemorate their legacies of activism, but continue to use these spaces as organizing grounds — especially with 300 anti-LGBTQ bills targeting us this year alone.

You live in Los Angeles. What’s the best queer spot for a night with friends?

The west side of Los Angeles doesn’t have a queer bar anymore. And it’s so heartbreaking for a very large part of the city not to have our own neighborhood space to meet our community. But a group of folks have created a pop-up queer bar that throws happy hours every other Thursday, called West of Lincoln. It’s one of those places where you can stop in, just talk, and meet new people. Folks travel in from all over the city to see what the West Side queers are doing. It’s so much fun; I highly recommend it.

Another restaurant throws a party every other month called Gaywatch at James’ Beach. So you’re seeing folks trying to build the momentum to create some of these new permanent spaces. I think one way to make that happen is to support these periodic or temporary events that can hopefully turn into something permanent. 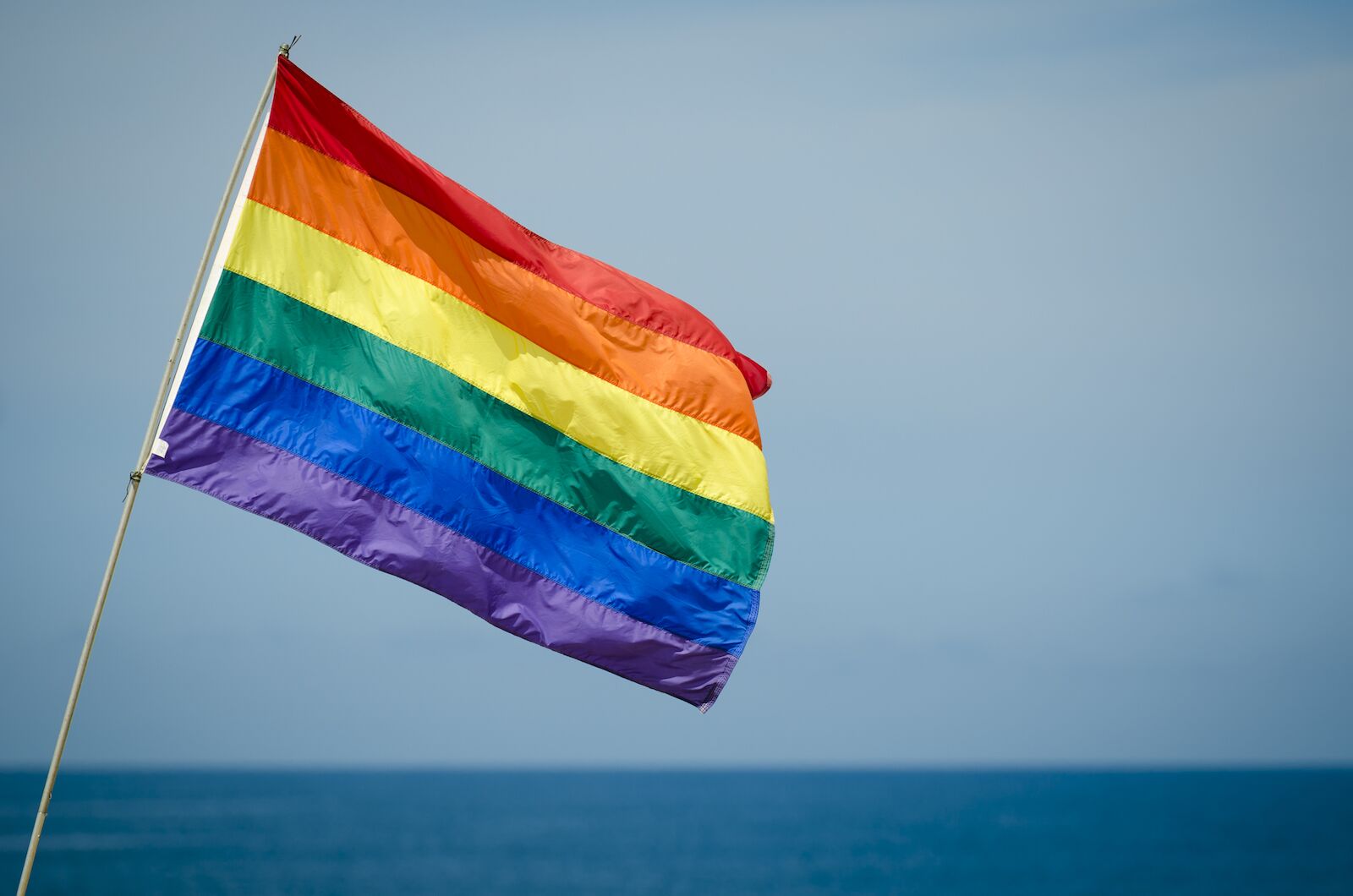 Let’s zoom out and look at the entire US. What’s your favorite gay bar in the country?

I’m not sure if it’s open again, but the very first queer bar that I went was called Town in Washington DC. It was off Q Street, and it was the most magical experience for a little queer 18-year-old (on Friday nights, it was 18 and up), and it will always hold a special place in my heart. Unfortunately, it was sold and turned into highrise, luxury condos.

However, I think it’s going to reopen in a former church, which is just so amazing.

Editor’s Note: Town, which closed in 2018, is slated to open in the former Saint Phillips Baptist Church on North Capitol Street NE in Washington, DC. The building is currently under construction.

That sounds fantastic—the perfect place for a gay bar.

If you could write about any historic queer destination in the US, where would you choose?

Oh there’s so many, and there’s one that someone’s already working on. There’s about to be a book out about the history of Fire Island called Fire Island: A Century in the Life of American Paradise by Jack Parlett. I’d love to do more digging about the history of Fire Island, the glamorous folks who showed up and traveled there, and some of the people who shaped it and created it. Some very prominent literary folks would travel there. It’s something that I don’t know enough about, and I really want to research more and at least read or maybe write about it. We’ll see.

Your new queer history variety show, The Book of Queer, premiers in June, and you’re currently doing press for the release of Beers and Queer History. Despite all that, do you have any exciting queer-centric summer travel plans?

On Memorial Day, I’m going to P-town for the first time in probably 10 years. And my boyfriend has never been, so I’m very excited to introduce him to another queer mecca.