If you Google “gay beach,” you’ll find lists featuring the packed islands in Greece, the gay fantasia of Fire Island, and all the other heavy hitters like Barcelona, Ibiza, Miami, and Tel Aviv. But for those adventurous enough to stray from the pack, the world’s less obvious gay beaches still leave plenty of room for surprise. From little-known communities in places like Hong Kong, lakeside sanctuaries in Toronto, and beautiful stretches that get overlooked, these safe havens will be revelations for even the most experienced gay beach expert. Unless you are part of the local LGBTQ+ community, these havens can be hard to find. We’ve put together a list of our favorites along with tips on how to get there and a handy map for reference. 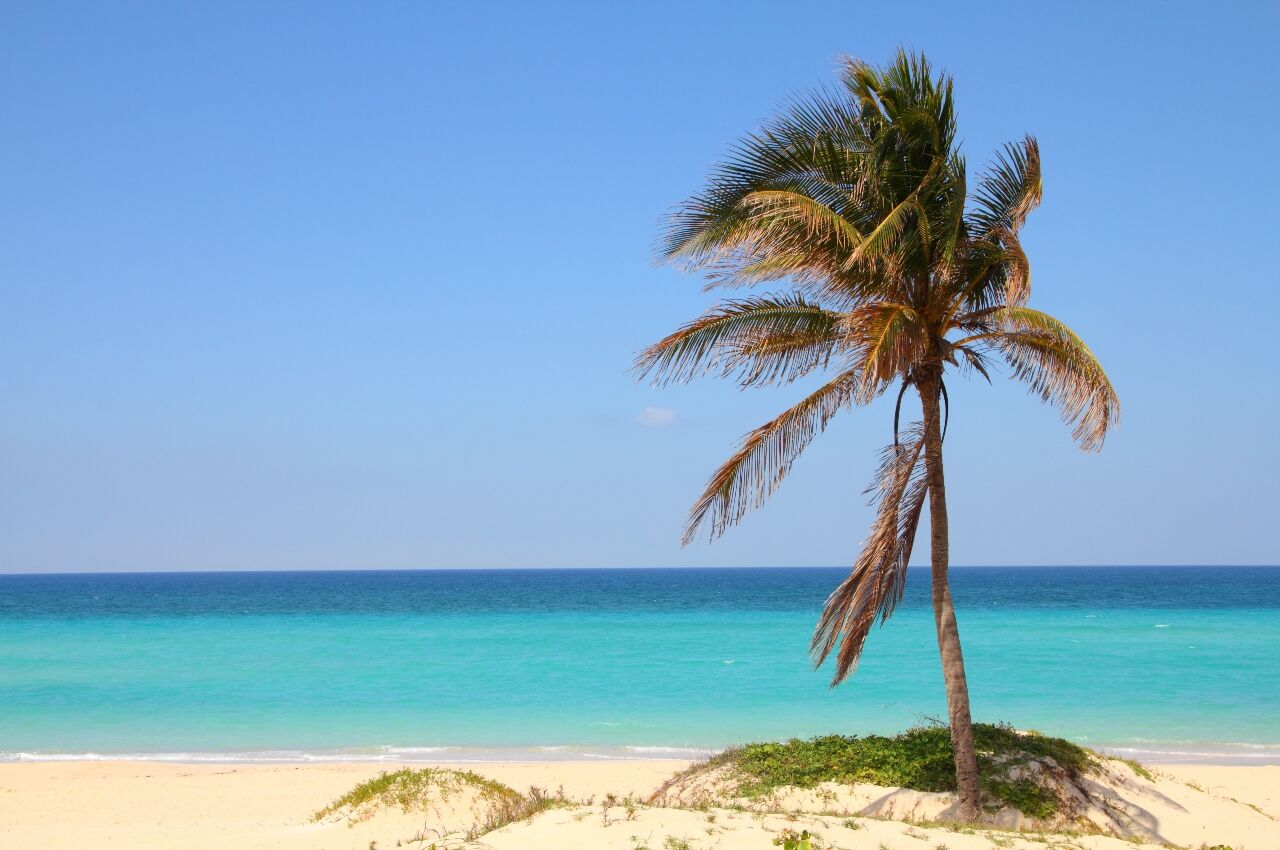 Cuba isn’t the first country that comes to mind when considering a gay beach vacation. The country’s LGBTQ+ laws are just like the 1950s automobiles found all over the island: antiquated.

A 30-minute drive east of Havana, Mi Cayito is a white-sand refuge overlooking the Caribbean’s warm cobalt waters. Rainbow flags attract a diverse crowd spanning all ages and genders. If you don’t have a car, LGBTQ+-friendly car service My Cuban Taxi has this beach on its map. Fire Island is a superlative summer escape for queer New Yorkers, as long as you have the resources for a lavish weekend getaway. For many without that privilege or time to leave the city, you can turn to Jacob Riis — an affordable, friendly seaside park on the Rockaway Peninsula in Queens.

The queer section, in front of an abandoned hospital on 149th Street, gives off a distinctly Eastern European vibe. On weekends, a sea of beach blankets practically stacked on top of one another form a non-stop beach party inclusive of all genders, races, and sexualities. Between all the people dancing, drinking, and splashing about, it’s nearly impossible to walk away without making a slew of new beach buddies.

To reach the beach from Manhattan, take a subway to the Q35 bus line and get off at Rockaway Beach Boulevard. 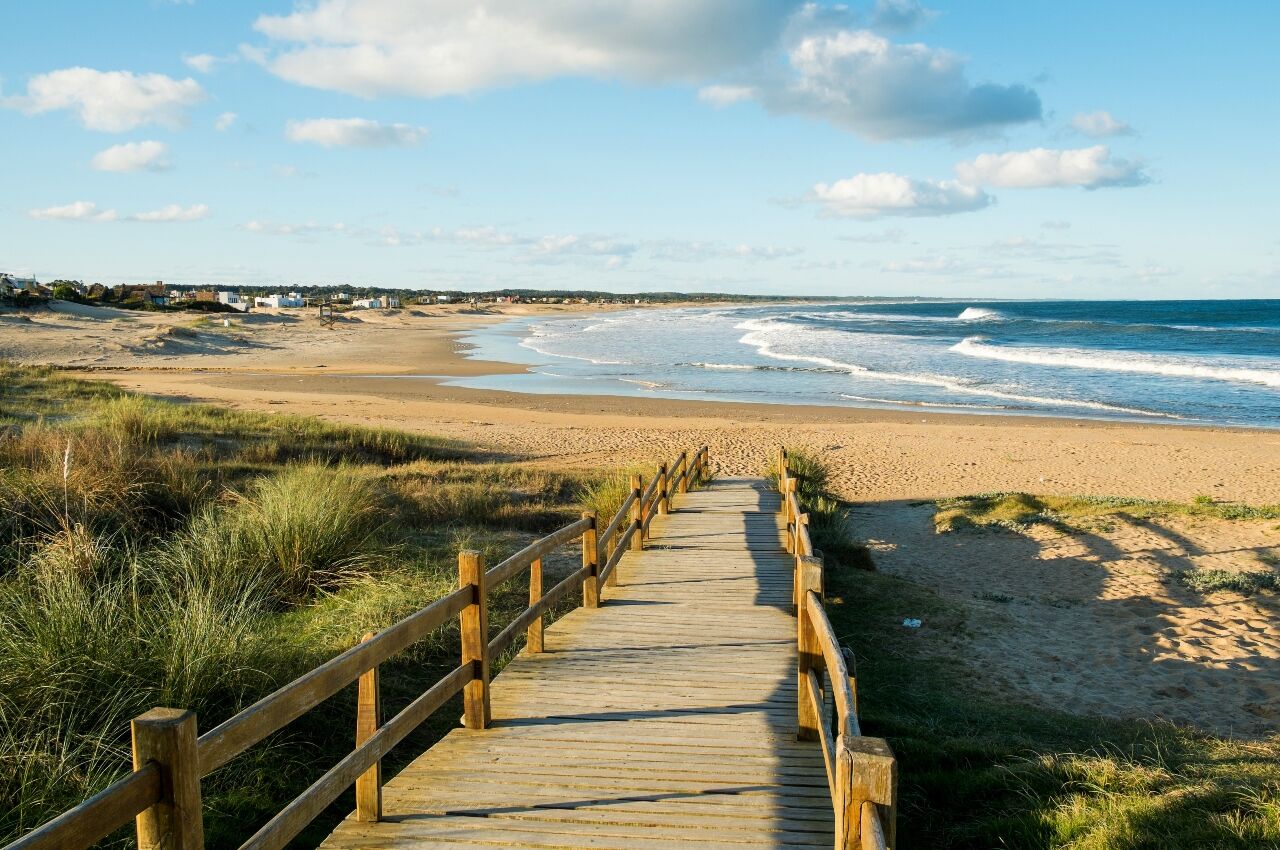 Uruguay is often bypassed for neighboring Brazil and Argentina. But with some of the most LGBTQ+-friendly laws on the books, it’s high tide travelers give this destination the recognition it deserves.

Punta del Este, a veritable South American St. Tropez, is Uruguay’s favorite beach-town destination with some of the most prized sandy expanses on the continent.

For LGBTQ+ crowds, head to Playa Chihuahua — a clothing-optional magnet for queer folks located 20 minutes from the city center. Here, golden sands covered in a bevy of bare booties stretch for miles backed by fresh-water lagoons and patchy forests. In high season (December through February), gay men congregate on the far right end of the beach facing the ocean. 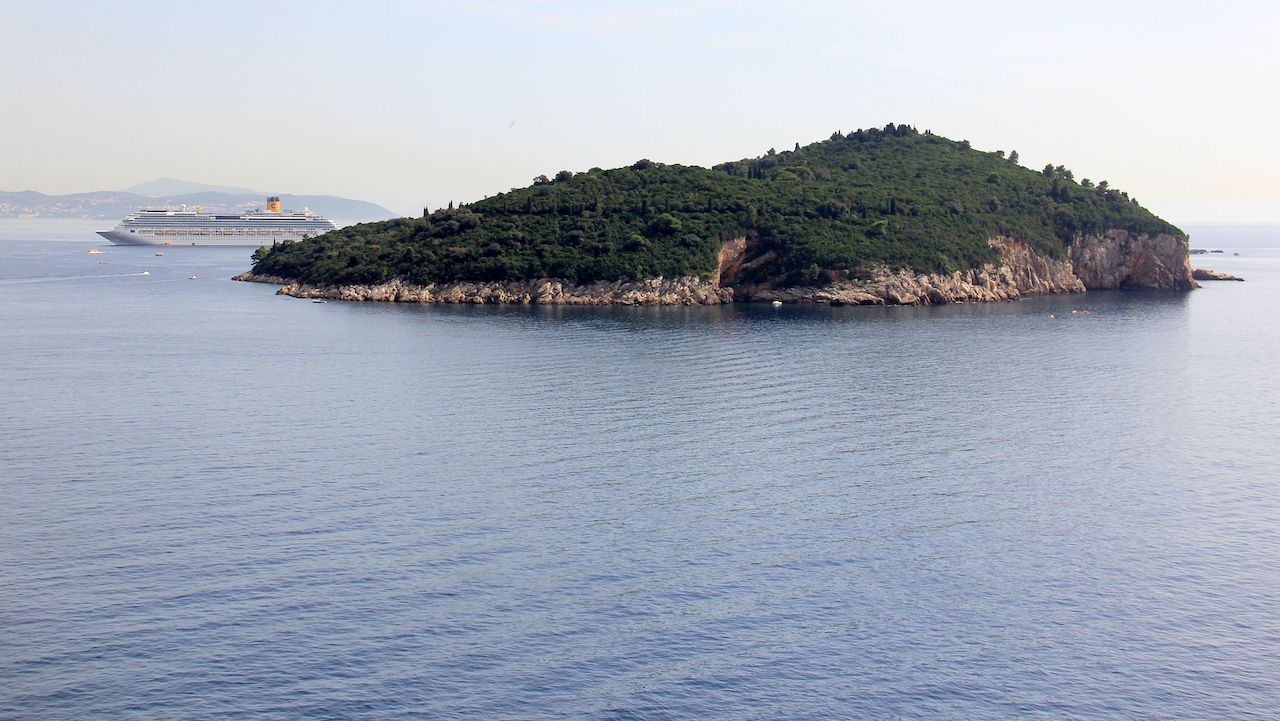 Lokrum, an Adriatic island accessible by ferry from Dubrovnik’s Old Town, doesn’t rank high on the list of Europe’s most famous queer summer enclaves. Mykonos, Sitges, and Ibiza are all stiff competition for that title.

Still, this outpost from Croatia’s mainland is perhaps the most idyllic. Nicknamed “Lovers Island,” this fantasyland attracts romantically minded travelers looking to sightsee without Dubrovnik’s teeming tourist activity. On top of exploring the remnants of a Benedictine monastery, meeting the island’s parties of peacocks and rabbits, and finding expansive views of Dubrovnik’s ancient city walls, gay travelers will be happy to know they’ve got a beachfront all to themselves.

To reach the gay beach, walk left from the ferry port until you spot a sign that says “FKK,” which marks the island’s swimsuit-free section. Make a right at this entrance, and you’ll eventually find nude men lounging on large slabs of dolomite rock and jumping into aquamarine waters from the cliffs above. It’s easy to lose track of time in this secluded rock oasis, so set yourself an alarm: In the summertime, the last ferry back to the mainland is at 7:15 PM. 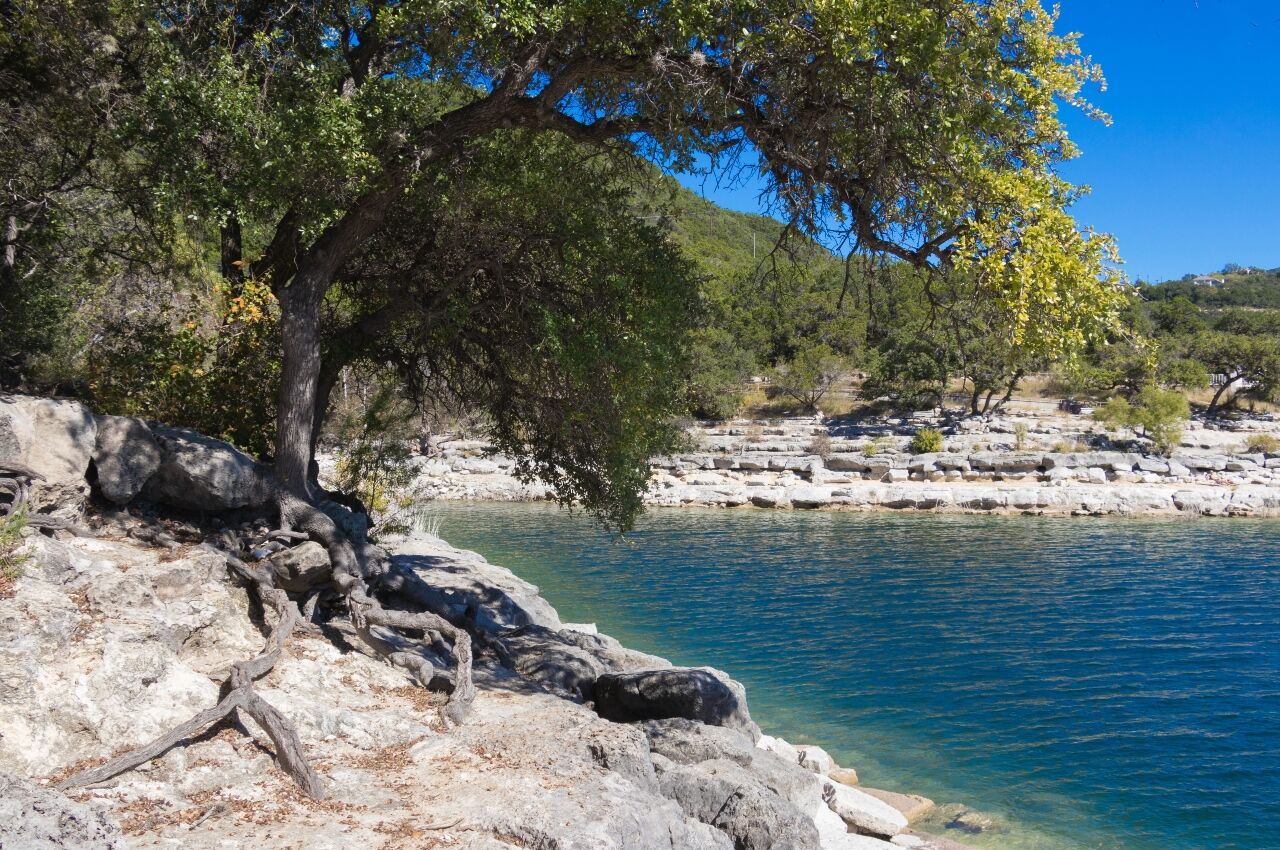 If you’re looking to catch a full moon in the Lone Star State, Hippie Hollow is the place to go. A 30-minute drive from downtown Austin, this limestone-lined park is the only legally recognized nude beach in the entirety of Texas.

It’s also a popular gathering place for the local queer community. When the warm weather permits, there’s always a handful of friendly homos sunning their hotcakes on the cream-white cliffs jutting out from Lake Travis.

For those who want a crowd, several well-attended LGBTQ+ events take place in the area throughout the summer. These include Splash Days — two queer events held around Memorial Day and Labor Day — and the annual Hippie Hollow Otter Fest, which attracts furry boys and their friends to the area.

Be warned — this is an adults-only area, and all visitors must be at least 18 years old to enter the park. To reach the gay section, follow the series of steps down from the entrance. Once you reach the paved walkway below, take a left, and wind your way until the pavement ends. Most of the gay community will be waiting for you on the rocks extending beyond the trail. 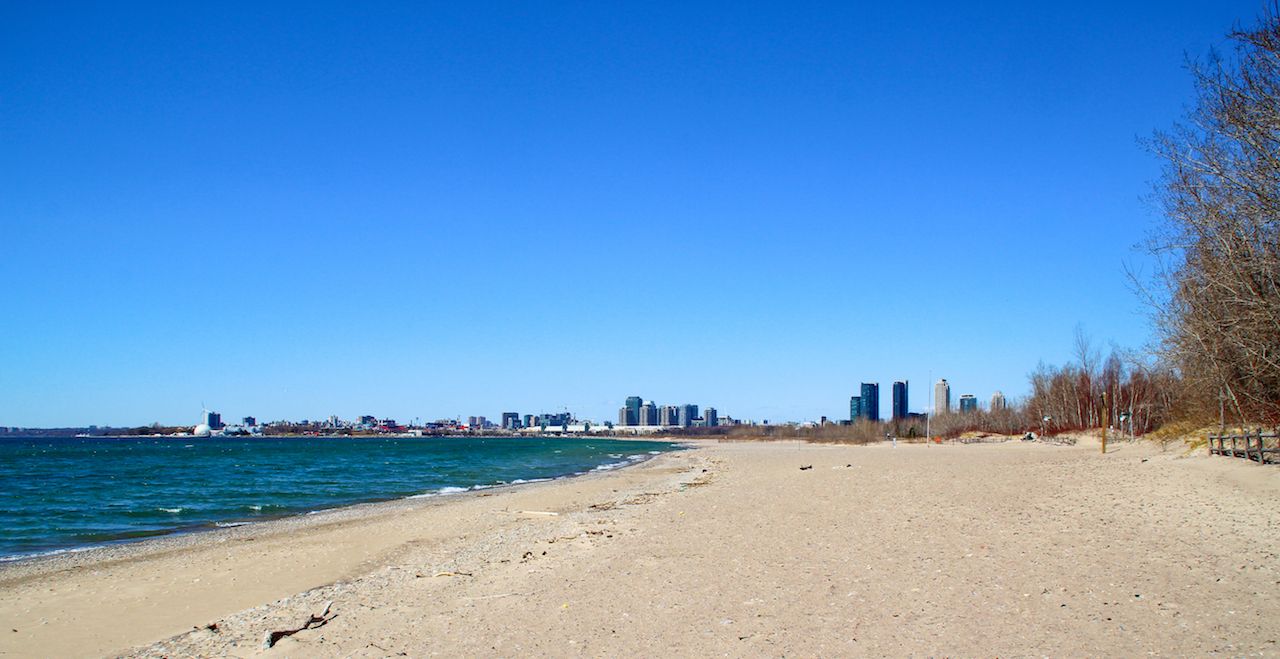 A 15-minute ferry ride from downtown, Hanlan’s Point is a come-as-you-are and wear-what-you-please section of Centre Island. To find the LGBTQ+ community, follow signs for the clothing-optional beach from the ferry dock. A gentle stroll through meadows, aspen trees, and along low-lying dunes ends at this swim-friendly Lake Ontario stretch of sand. While the icy water may not be inviting for most, it’s worth checking out this urban island if only for the jaw-dropping views of Toronto’s shimmering skyline. 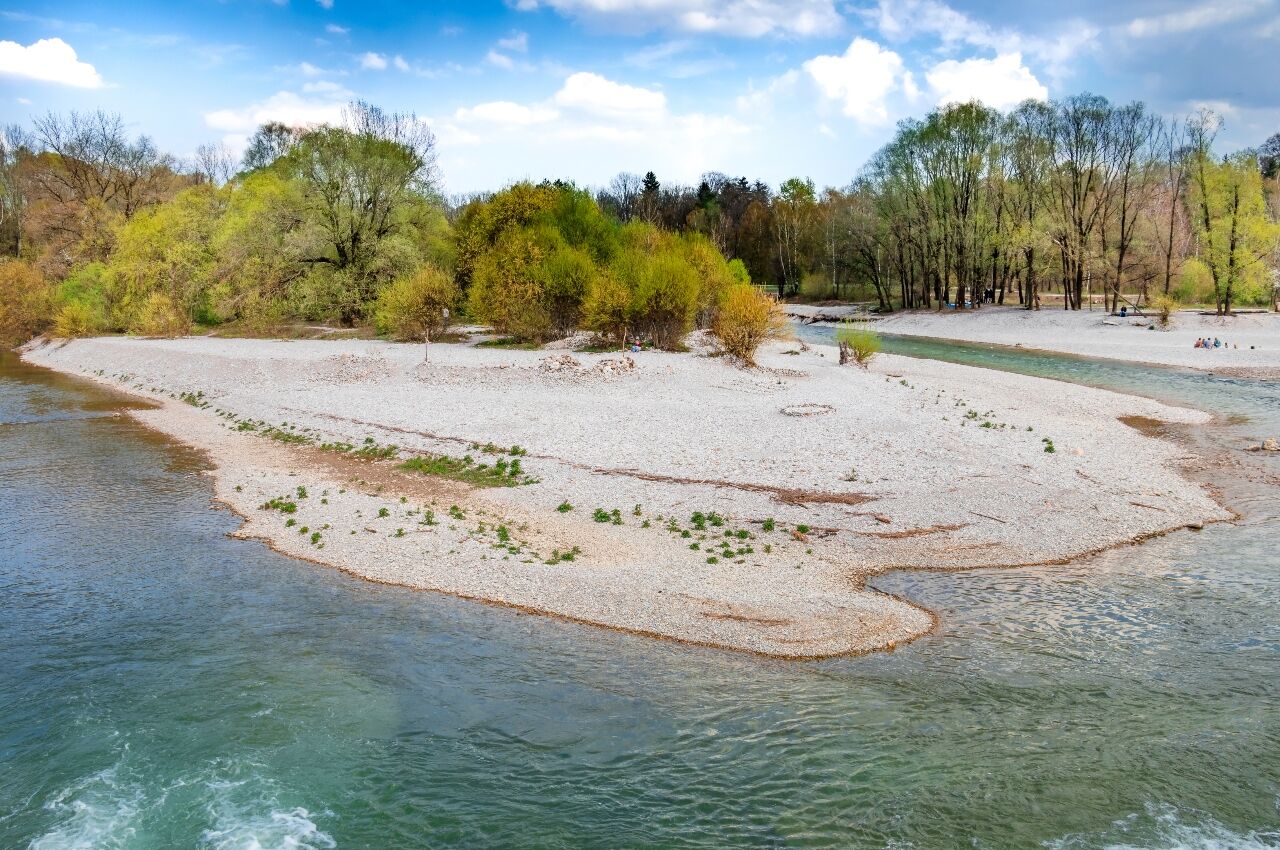 Gay life in Munich feels provincial compared to the vibrant queer scene in nearby Berlin, but in summer, this Bavarian city offers access to a gay beach unmatched by anything you’ll find in Germany’s capital of cool.

Flaucher, a pebble-shore park on the Isar River, is a clothing-optional destination for locals looking to soak up summer’s sun. A mere half-hour stroll from the city center, the easily accessible section of shoreline attracts a diverse group of naturists.

Accessing this gay beach requires a little effort. Gay visitors must wade through the river’s icy alpine waters to lounge on the rocky island colonized by queer sunbathers.

On particularly hot days, you’ll find men — both naked and not — sitting on the rocks and occasionally jumping in the river for a refreshing respite from the heat. The shape and size of these outcroppings changes as waters flow from the mountains, but the island’s forest (a well-known cruising location) is firmly rooted in place. 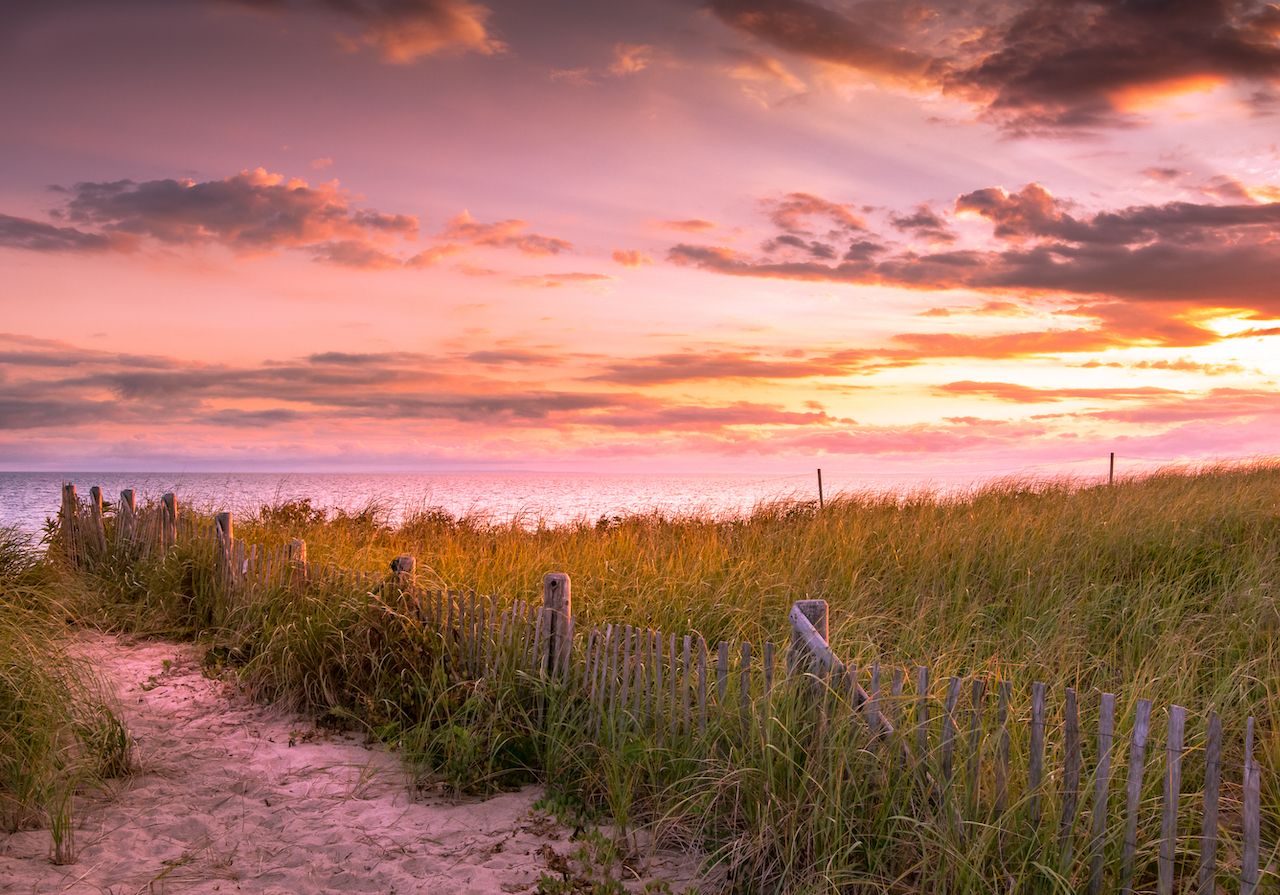 Although technically a part of Herring Cove, the section popular with gay men is most accessible from an unmarked entrance on 6A Provinceland Road near Bradford Street. From here, a 20- or 30-minute hike through spongy sands will lead you to two grass-topped dunes on the left-hand side while facing the sea. Be sure to know where you’re going — the path floods with waist-level water at high tide, leaving no discernible trail to or from the entryway.

For those brave enough to take the journey, the rewards are manifold. Bundles of boys congregate around the dunes to throw picnic parties with friends, wade in the refreshing Atlantic Ocean, and soak up the sun — many in the buff. If you don’t want to wade through deep waters, it’s best to visit in the morning and leave as the tide rolls inland. 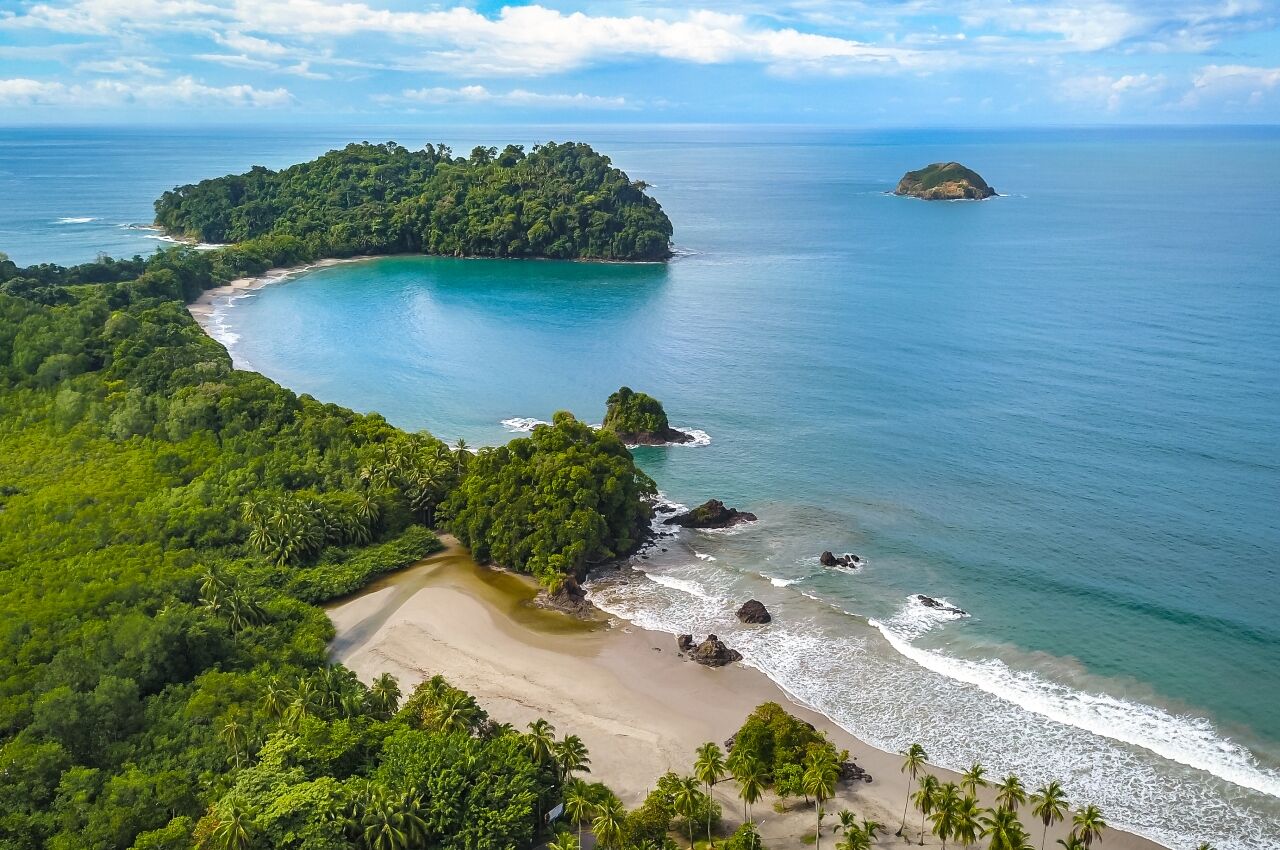 At the west end of Playa Espadilla on the western coast of Costa Rica, La Playita has a long history as a meeting place for gay men.

Like so many other LGBTQ+ beaches, visiting this powder-sand paradise isn’t for the faint of heart. To arrive, visitors must first cross a series of sharp, slippery rocks. Once there, it’s imperative to keep track of time — the beach becomes inaccessible at high tide, so unless you’re looking to live out your Tom Hanks Cast Away fantasy, plan accordingly. With a lush, wild jungle at your back and turquoise waters stretching before you, this is ostensibly the most picture-perfect beach on this list. 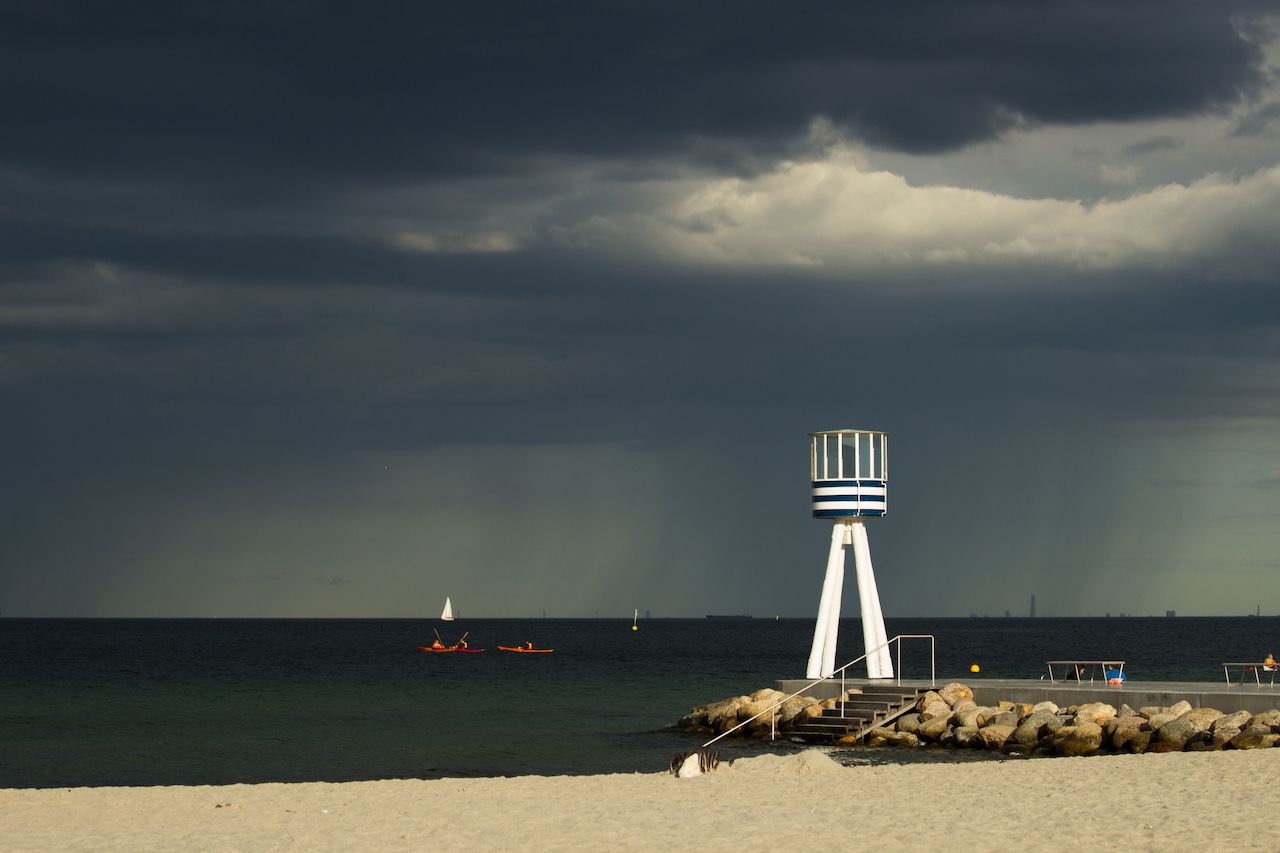 With summer temperatures ranging from 64- to 75-degrees Fahrenheit, Denmark may not be high on your list as a beach destination. Still, for gay travelers in Copenhagen, Bellevue Beach is an ideal place to enjoy the summer sun.

To get there, take public transit from Copenhagen Central Station to Klampenborg, a charming fishing village with access to the prized green pastures of Deer Park. Bellevue Beach sits just east of here, and the gay section — also a nude beach — is at the northern end past the quaint 1930s pier.

The beach is most crowded in July and August when folx soak up as much vitamin D as possible before the short-lived summer ends. You’ll find most of them lying about the beach’s long stretch of soft white sands. Splashing around the chilly water is only for those with blood as thick as a Viking’s. 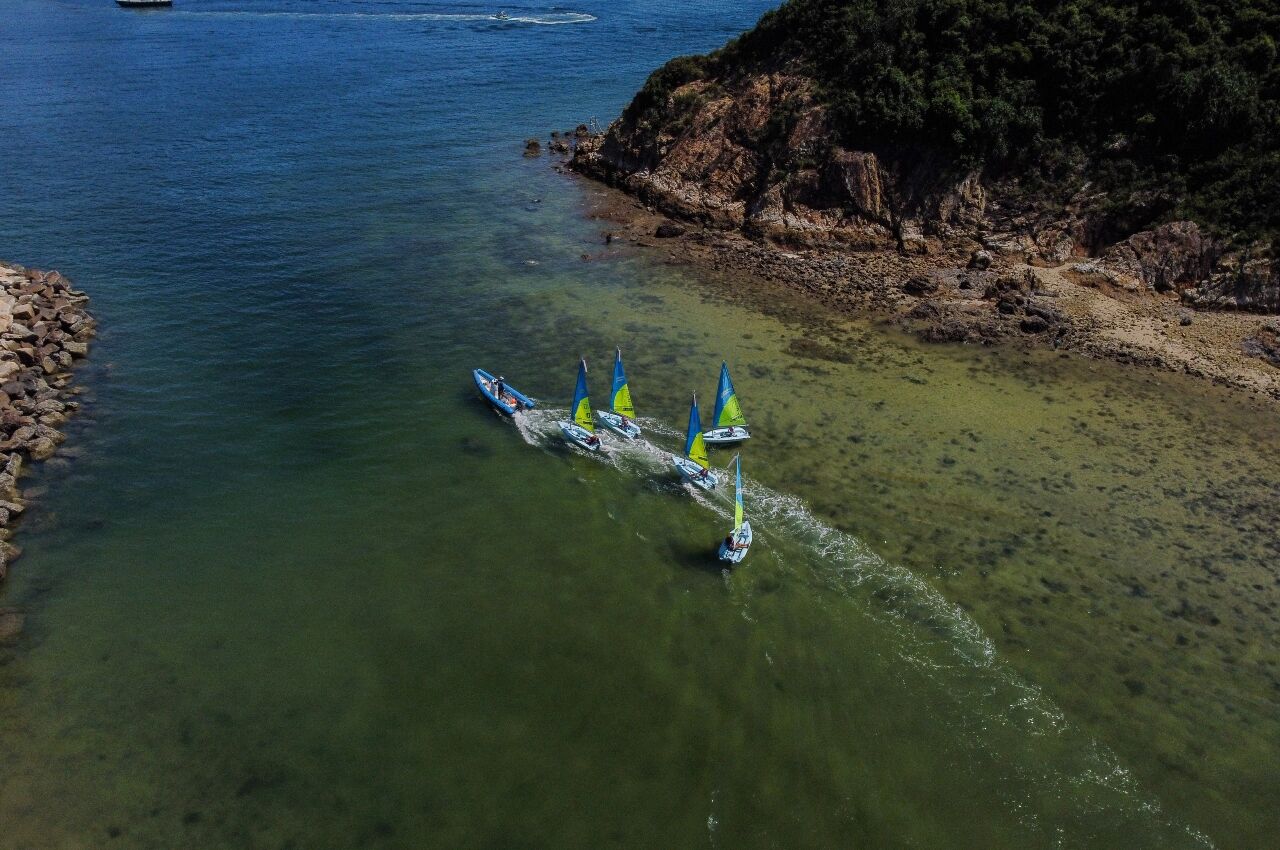 Hong Kong’s unofficial gay beach feels like a well-kept secret. Sandwiched between the ever-popular Repulse Bay and South Bay Beach, this overlooked stretch of shoreline is inaccessible by public transit, so visitors willing to go the extra 15 minutes by foot can usually expect some solitude.

The northern side of the beach is where queer action comes to life, but on warm weekends, you’ll find gay folks dotting the entire shoreline. Backed by a verdant cliff-side string of trees, escaping to Middle Bay Beach for even an afternoon can feel like floating hundreds of miles away from the non-stop streets of Hong Kong. 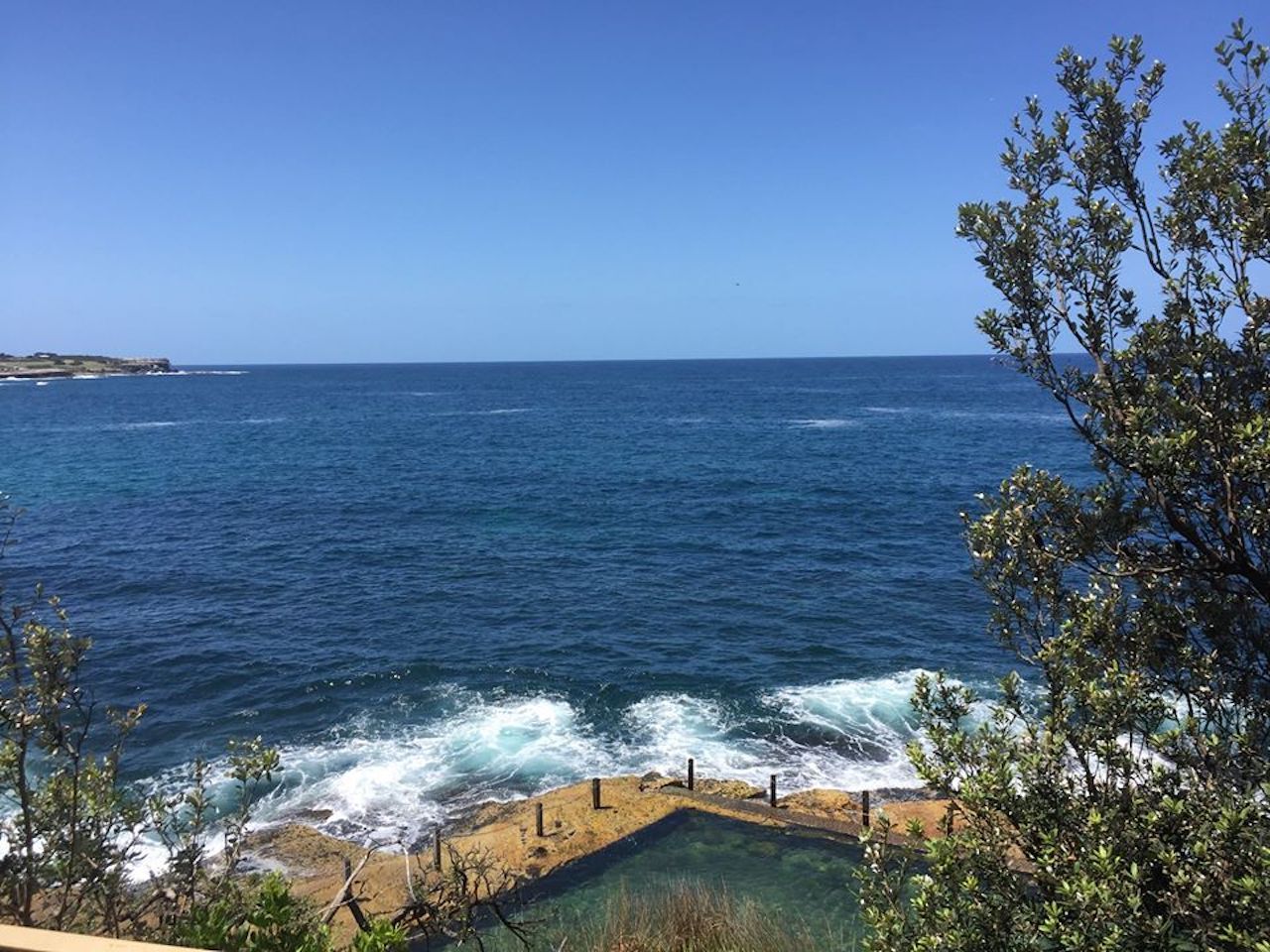 In 1886, a natural salt-water bath was built into the cliffside just south of Coogee Bay as a safe, shark-free swimming hole exclusively for ladies.

Although it isn’t necessarily a gay beach — mothers with children, Islamic women who want to shed their hijabs, and straight gal pals all take advantage of the area — it’s well known as an attraction for Sydney’s sorority of Sapphic sisters.

The pool area, carved into the sandstone rocks overlooking Wedding Cake Island, provides women an opportunity to swim in whatever state of dress they find appropriate.

Ladies lounge topless on grassy cliff-top perches, swim laps in bathing caps, or float in the calm waters while staring into the azure sky. It may not have the pomp associated with the gay-male-dominated North Bondi Beach, but that’s precisely why most folks come here instead — to spend some time alone with the ladies.