New York City is known as the city that never sleeps for a reason. If you want Chinese food at 2:00 AM, there’s something open. If you’ve got insomnia and need sweets to munch on while you watch TV, there’s something open. If you need a bottle of wine to celebrate some fortuitous occurrence at 3:30 AM, you’re more than covered. Any kind of establishment you can think of will have at least one place open that caters to your needs. It’s something locals take for granted, and when we travel elsewhere, we’re shocked when a place closes before midnight. But as visitors to NYC, you should definitely take advantage of all the city has to offer at night. Our nightlife is known the world over, and a countless number of bars keep their doors open well into the wee hours of the morning. These are the best places for a late-night drink in Manhattan. 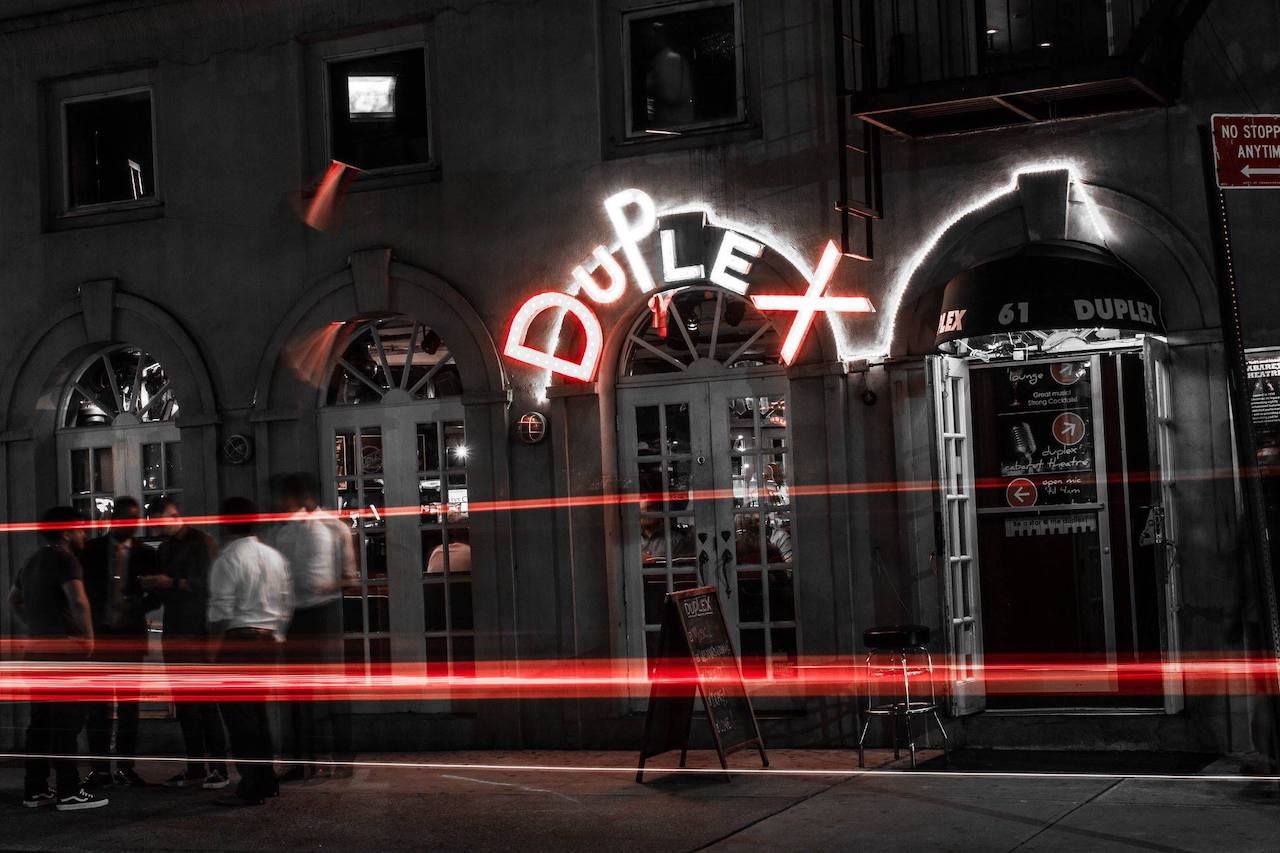 In a similar vein as karaoke, but slightly fancier, piano bars like The Duplex let you belt out tunes with live piano accompaniment. Opened in 1950, it’s the city’s oldest cabaret theater, and has seen famous faces (like Joan Rivers!) perform early work. The french doors belie the size of the place, as the inside is massive. The main floor is where you’ll find the piano bar. The pianists take requests, but expect the vibe to err more on the show tunes side. Upstairs is a lounge area with its own bar, so you won’t have to trek downstairs to get your next drink.

One of the worst things about Manhattan bars is how crowded they can get, which in turn means it’ll take a while to even get to the bar, let alone order. That problem is taken care of at 169 Bar, where you can order straight from your table via text. This kitschy spot is decorated with a New Orleans meets the ‘70s theme, and has drinks that’ll keep you going well into the night. Prices are reasonable for the Lower East Side, ranging anywhere from $5 to $12 — and the same goes for food prices, too. The food here is especially good, and dishes like oysters, po’boys, and dumplings will help those late-night munchies.

Beauty salons are known for being a focal point to trade gossip. People go out, see something that raises eyes, and make a mental note to mention it next time they’re at the salon. Well now, you can discuss the latest gossip right as it happens at Beauty Bar, a combination of salon, bar, and nightclub. It was a salon for around 40 years until the current owner found it and converted it into a “beauty saloon.” When you walk in, you’ll see a long bar on one side and hair dryer chairs and nail artists ready to give you a manicure on the other. Beauty Bar even offers a manicure and drink special, where you can get both for just $10. In a separate room at the back, you’ll find the dance floor, where you can jam out to best of the ‘80s and ‘90s while you sip on some strong drinks for a decent price. 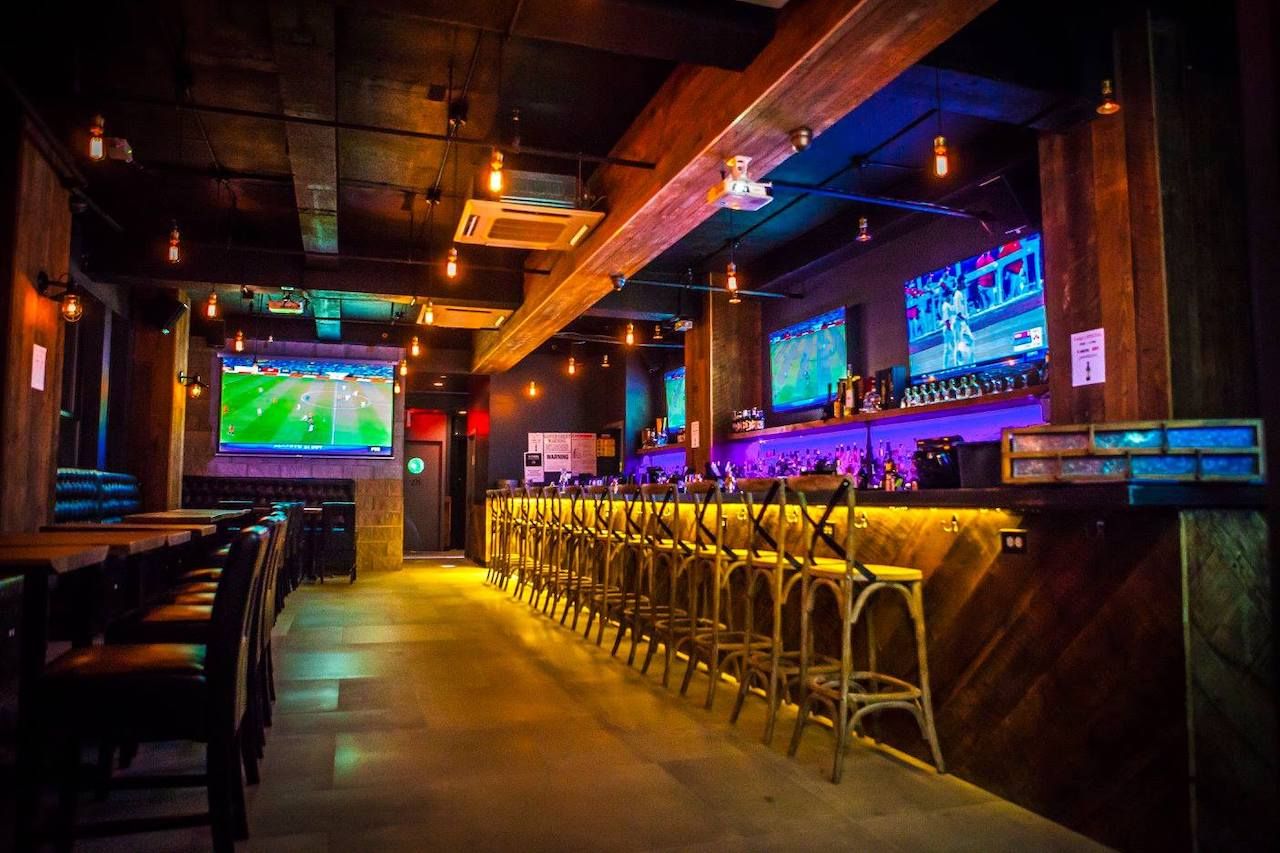 Something magical happens when you mix alcohol and classic songs that everyone knows the lyrics to, like “Mr. Brightside” — most people, if not all, join in, and you’ll have the entire room singing along and potentially meet some new friends who share the same taste in music. Karaoke City is a karaoke bar where you can rent a private room, but you’ll want to stay in the main bar area so you can experience that same magic. Thousands of songs are available to choose from, and a giant screen projects the lyrics. The signature cocktails, like the mango mojito and the orange-ginger margarita, cost $14 and beers go for between $6 and $8. If you get hungry, there are typical bar snacks on offer, but you’re allowed to bring in outside food.

Being the younger sibling of a Las Vegas location should already hint at the kind of establishment the Double Down Saloon is. One of the last true punk rock bars in NYC, it’s credited with the creation of the bacon martini, among other innuendo-like inventions. There’s plenty of space, including bar seating, booth seating in the front and middle areas, and “backyard” benches for some drinking in the open air. It’s a great place to hit on your night out or as the last stop, as long as you don’t break the single cardinal rule of, “You puke, you clean.”

Shots are a divisive topic; people either love them or hate them. There’s no better way to figure out where you really stand than by visiting Barcelona Bar, where the menu includes over 100 different types of shots. There’s a full liquor bar and beer here too, but with shots named Harry Potter, The TARDIS, and Pokemon, there’s really no question about what you should be ordering — but maybe pace yourself by taking a shot of water with each regular shot you have. To add to the fun, some shots come with related garb from whatever the drink is named after. For example, order a Return of the King shot and you’ll be given a crown by the bartender and take the shot from a goblet. For a Full Metal Jacket shot, you’ll be putting on a helmet. Each drink has its own ritual. Of course, you’re not required to participate, but if you do, you’ll have a lot of laughs. Shot prices start at $5. 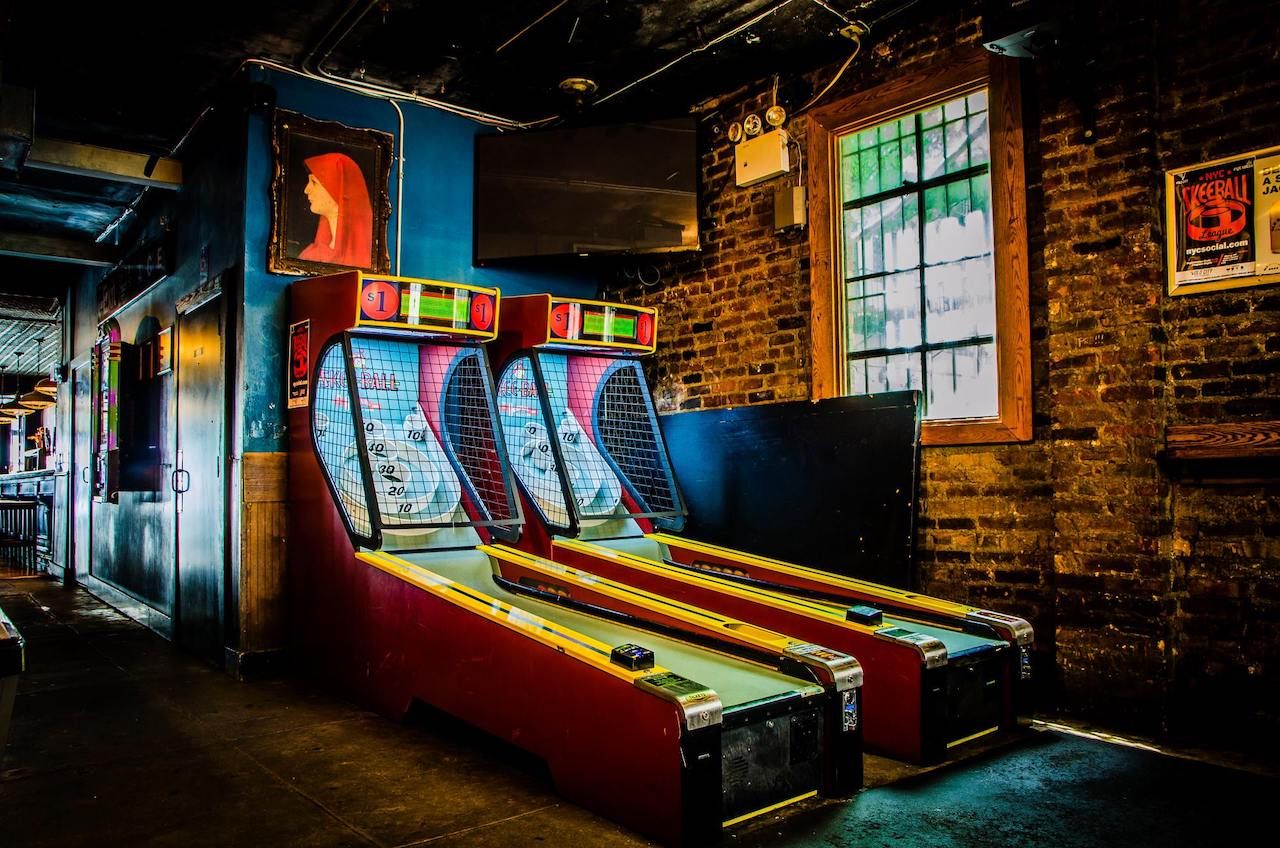 If the routine of bar hopping, drinking, and dancing is starting to get a little old, then you can switch it up by combining drinking and gaming at Ace Bar. It packs a lot into its two-room space, including a couple of Skee-Ball lanes, pool tables, pinball machines, board games, video games, and darts. There’s also a jukebox, so you can have that classic dive bar experience of drinking beer, shooting pool, and throwing some coins in a jukebox to hear your favorite song. A nostalgia vibe is aided by the walls, which are lined with over 100 vintage lunch boxes. Drink prices are in the single digits here, with 12 beers on tap and a full liquor selection.

While it was a speakeasy back in the day, you won’t have to jump through hoops to enter William Barnacle Tavern. Just walk through the front door on St. Mark’s and you’re inside the intimate space that has gone from speakeasy to jazz club to absinthe bar. The menu has an extensive selection of absinthe, with over 20 different varieties. All are served in the traditional manner, by pouring the green spirit over a sugar cube that’s lit on fire and atop the glass. Prices range, but we recommend trying the $10 absinthe sour. The place fills up, but you’re more likely to rub elbows with locals than other tourists. Bonus: It doesn’t get loud and rowdy here, so you’ll actually be able to hear any conversation you might have. 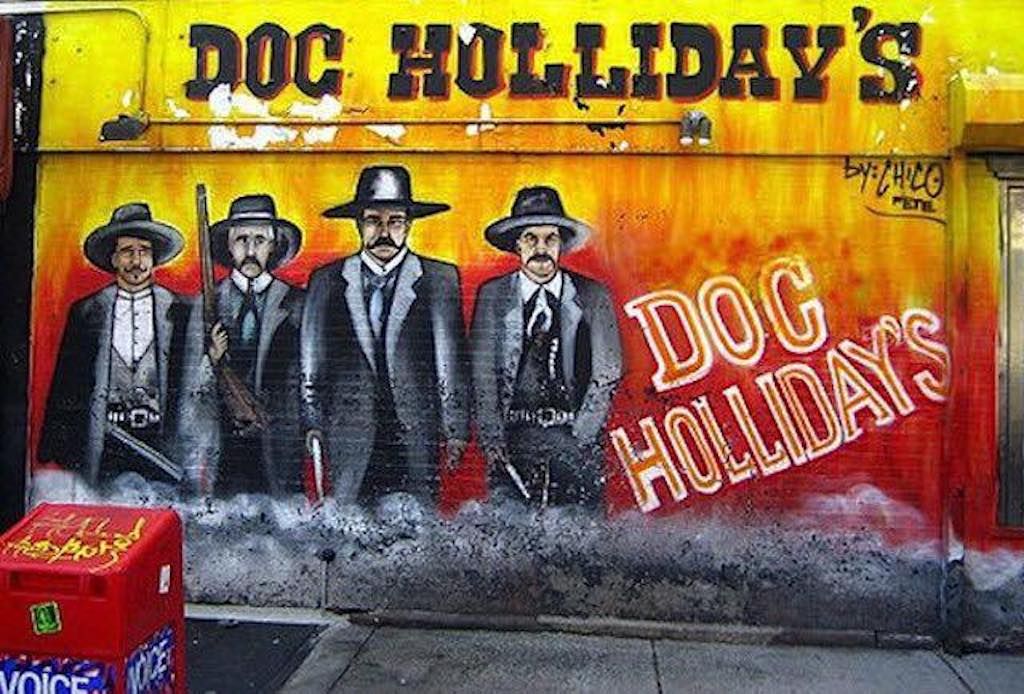 Doc Holliday’s as close to a country dive bar as you’ll get in the Big Apple. There’s a pool table, well-worn booths, signs, posters covering the wood walls, Big Buck Hunter, and Miller High Life tall boys. While Doc Holliday’s isn’t anything near what you’d call a classy establishment, you can always count on drinking some of the most affordable beer in New York City in a crowd of the least pretentious people. Just be sure to follow the rules to drinking here (you can’t miss them as they’re posted right above the bar): Leave if you don’t like honky tonk music, meaningless convos, drinkin’ to the max, sayin’ please ‘n thank u, tipping big $$$, putting your phone down, and waiting for your turn to order.