Affectionately known as Brew City, Ma-waukee, and even sometimes Milwacky, the city of Milwaukee, Wisconsin, is famous for many things. Between the Fiserv Forum, Discovery World, and the famous Milwaukee Art Museum, the city itself has something for people of all ages and walks of life. Nothing beats the popularity of its beer, though. To truly enjoy the city, one must spend time in some of Milwaukee’s many breweries.

Milwaukee’s beer industry started in the mid 1800s when Welsh immigrants opened the city’s first brewery, appropriately named Milwaukee Brewery, in 1840. Today, the city seems to be bringing in a new brewery every few months as the industry booms: a whopping 32 breweries opened between 2009 and 2019.

With all these options, even the most discerning beer critics are bound to find their new favorite brew in Milwaukee. Here are some of the can’t-miss breweries. 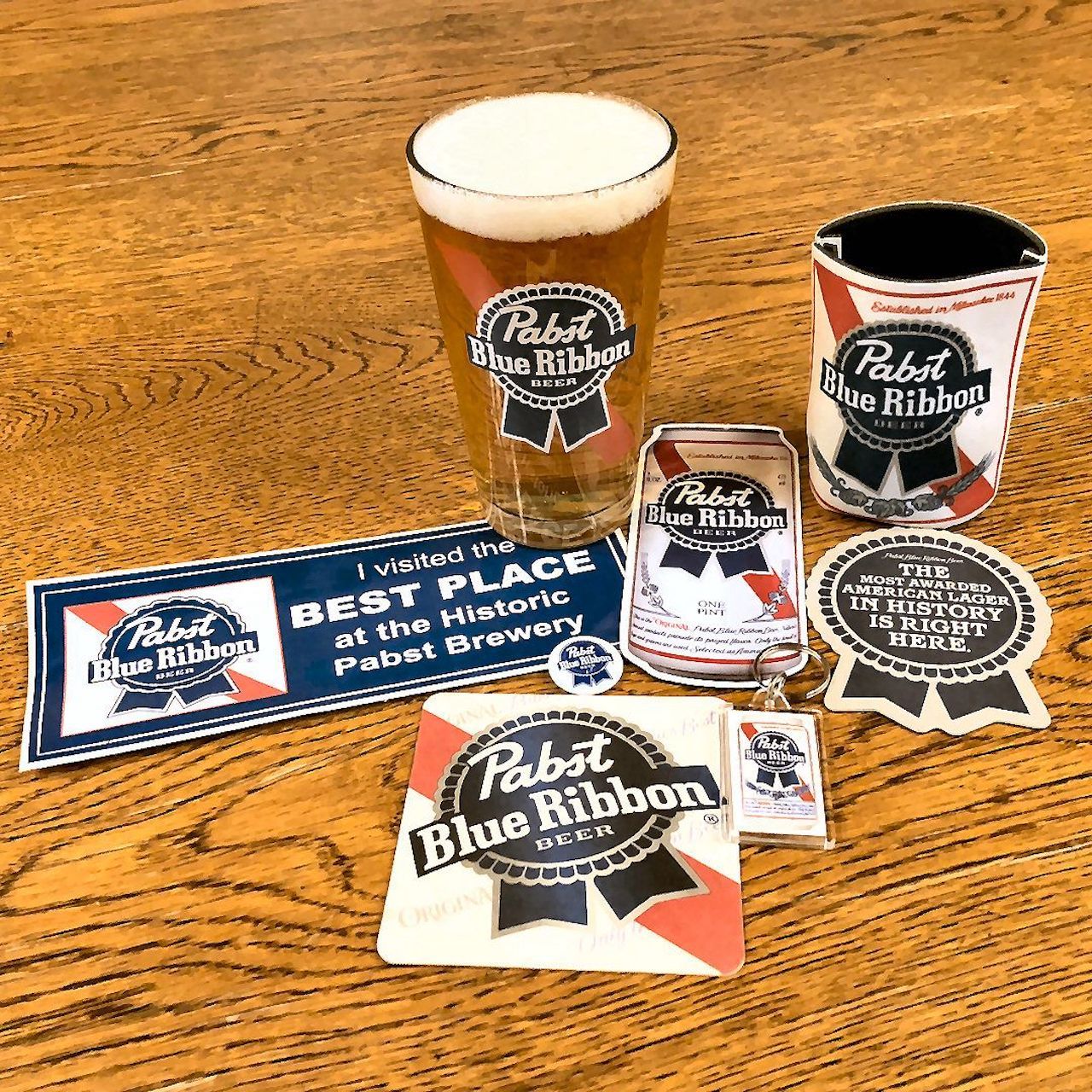 You can’t discuss Milwaukee breweries without keeping the Historic Pabst Brewery in mind. One of Milwaukee’s first breweries when it first opened its doors in 1844, it grew to become one of America’s largest breweries until it was finally outstripped in 1946. While it’s lost some of its size, it hasn’t lost the blue ribbon reputation, even if it has a bit of a different (read: hipster) connotation now. Today, visitors can check out the original Blue Ribbon Hall, Captain’s Courtyard, and more restored areas on the famous Pabst Beer History Tour with a pint of Pabst in hand. 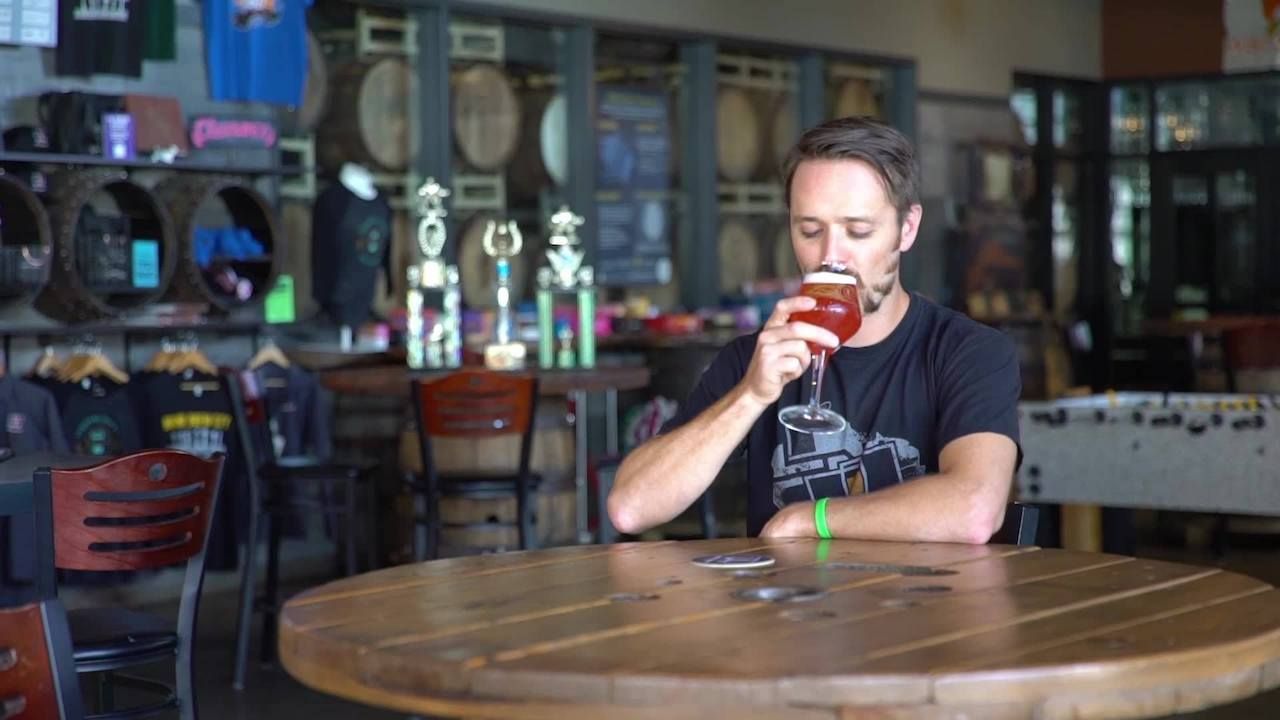 If you’re a fan of sours, look no further than MobCraft, which has a dedicated wild and sours program. The taproom also features crowdsourced beer where the customers decide what they brew. Ideas are submitted, and the winner is picked by how many pre-orders are placed for it. If your beer idea is picked, you’ll get a VIP taproom day, but even if you’re not a winner, these beers are worth a try to get a pulse on what beer trends are on the rise. Past winners include Lemon Meringue Pie Milkshake IPA, OneLove Bundt Cake, and Peanut Butter Candy Time. 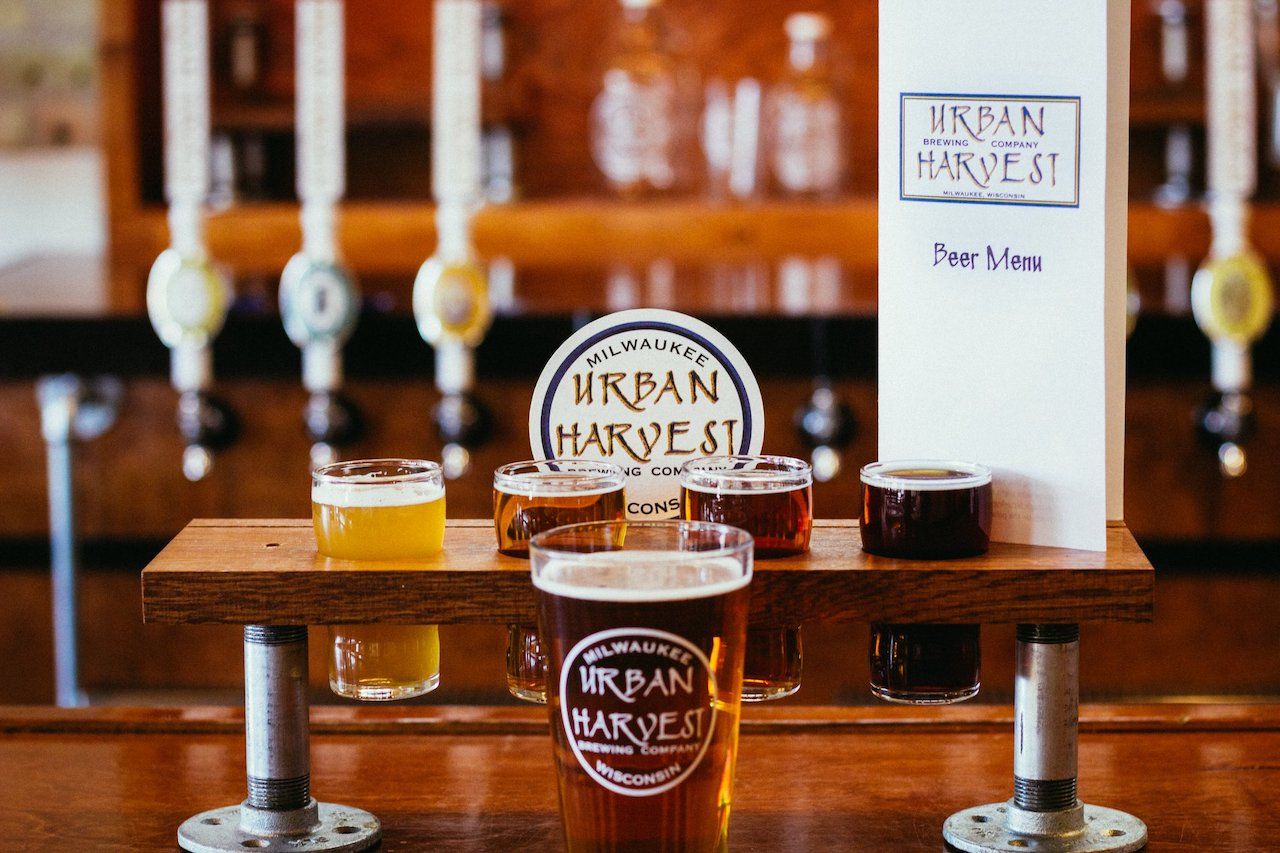 Situated in the Walker’s Point neighborhood, Urban Harvest Brewing Company has a family vibe. The brewery has made a name for itself since its recent establishment in 2016 with signature beers such as 414 Golden Ale (named after the Milwaukee area code), Espresso Amber, and Ach Ya Der Hey-Fe Weizen. Stop by during one of its weekend tastings and tours, and check out its on-site 50 person theater. 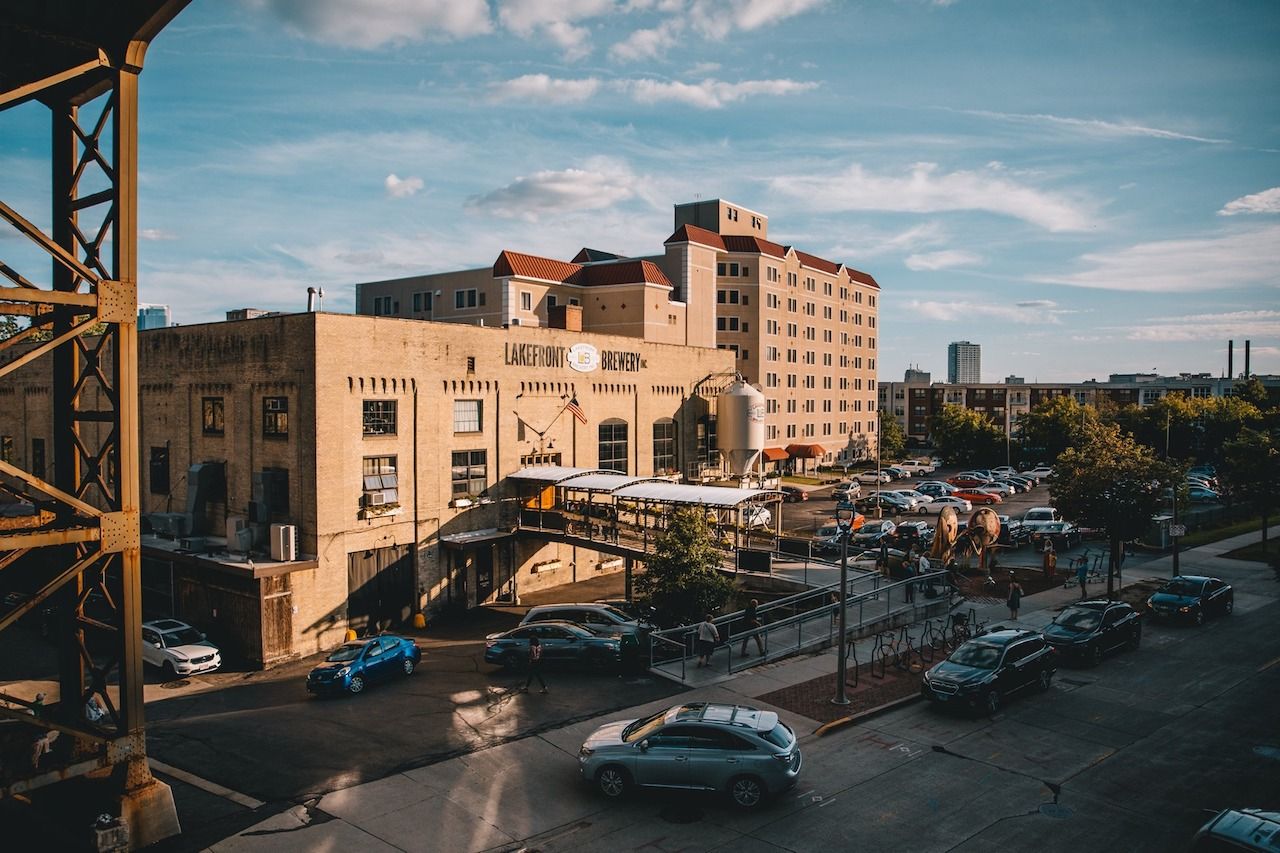 Wisconsin is famous for its Friday fish fries, and those visiting Milwaukee will find one of the city’s favorites at Lakefront Brewery. Located in the Brewer’s Hill neighborhood on the Milwaukee River, the brewery was the first in the United States to make its beer from 100 percent in-state grown ingredients. With 80,000 people touring the brewery every year, it’s one of America’s most popular tours among those that include four six-ounce pours of delicious brews. Stay after for another pint and try out the famous Riverwest Stein, Pumpkin Lager, or Fuel Cafe coffee stout. 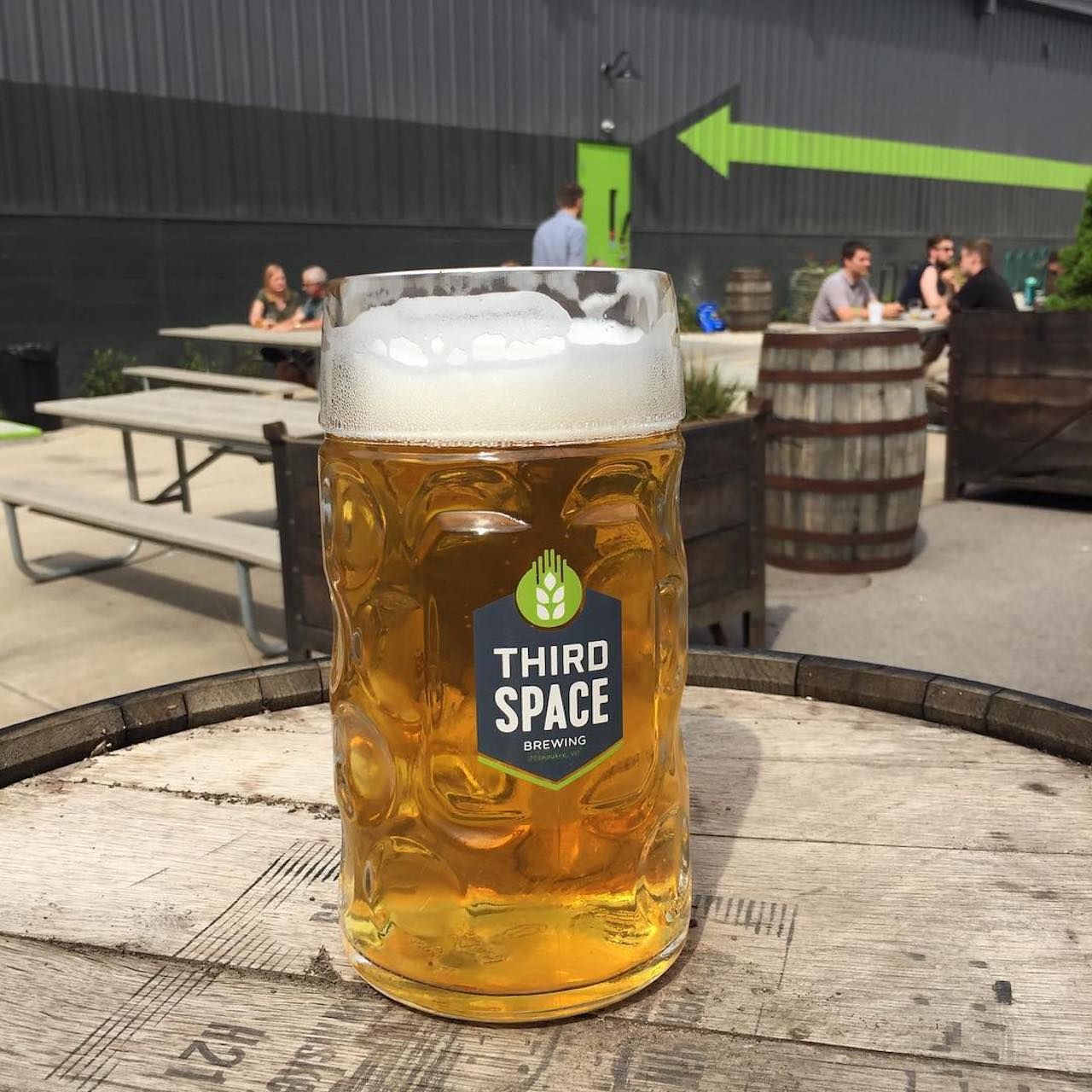 Between the stressors of work and (yes) home, many folks have a “third space” to pause, spend some quality time, and relax away from the hustle and bustle. Located near Sobelman’s Pub and Grill (famous for some Milwaukee’s most crafty Bloody Marys), Third Space Brewing helps Milwaukeeans find their Happy Place, also the name of one of its signature brews. Between the five core beers and the many seasonal and speciality crafts, folks have a variety of options to choose from while enjoying the beer garden and a local food truck during the warmer months. Be sure to be there at 5:45 PM on Friday night to enjoy the Brewmaster’s toast. 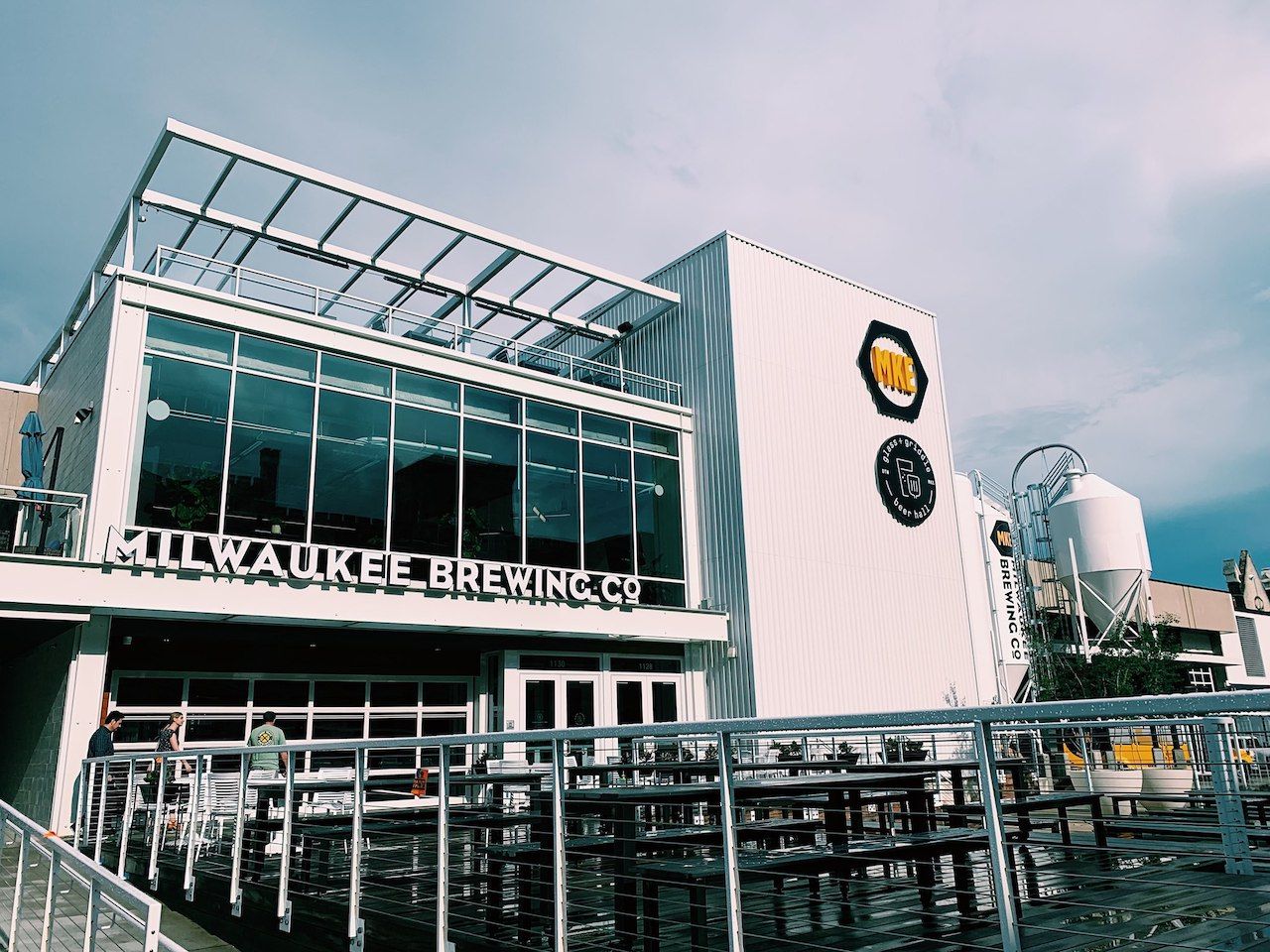 Milwaukee Brewing Co. has two locations in the city: the MKE Ale House in the Historic Third Ward on Water Street and the MKE 9th Street brewery where guests can take a tour. Between Trivia Tuesdays in the 9th Street taproom, monthly beer yoga events, and a fun Oktoberfest celebration, Milwaukee Brewing Co. always has something fun going on. Opened in 1997, the brewery has an award-winning beer selection that includes its famous flagship Louie’s Demise and collaborations with other Milwaukee businesses, such as Milwaukee’s Rishi Tea and Anodyne Coffee Roasting Co. 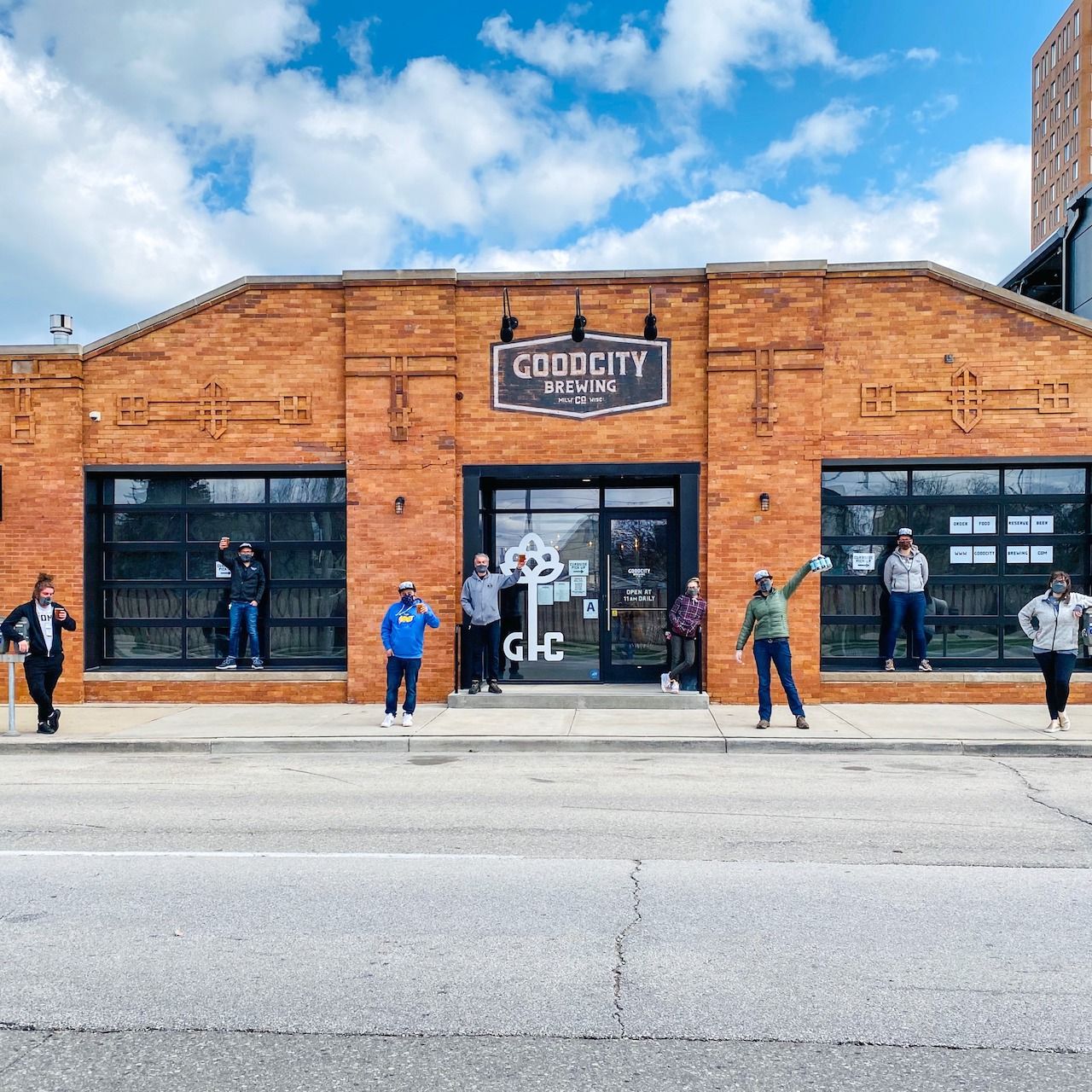 Good City Brewing also has two locations in Milwaukee: one on Farwell Ave on the East Side and another downtown close to the Fiserv Forum on Juneau Ave. The signature beers are located all over Milwaukee and Madison, and both locations are inviting for the warm summer months thanks to open rooftops. The company motto, “Seek the Good,” inspires Milwaukeeans to participate in local monthly service projects, so patrons know that not only are they drinking good beer, they’re contributing to “the good” as well. 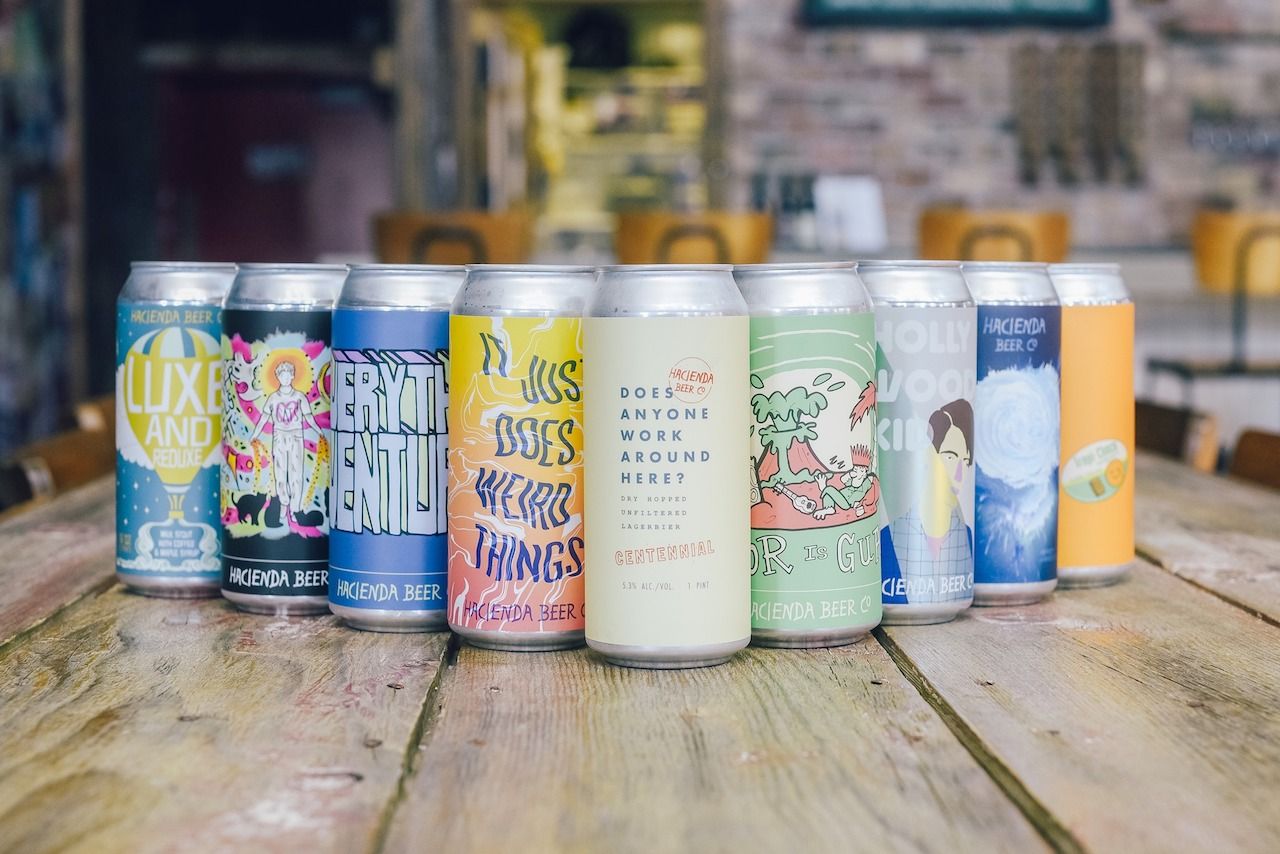 Door County Brewing established Hacienda Beer Co. in 2017, and the new brewery arrived in Milwaukee in June 2019. The taproom space has a bright, earthy palette of greens and wood browns. The brewery is known for its distinctive beer names and flavors, such as Psychedelic Boss Bottle, a rocky-road flavored imperial stout. Diners will also enjoy the revamped menu with Mexican-style cuisine, such as fried Oaxaca cheese sticks, sofrito fried rice, and taco plates. 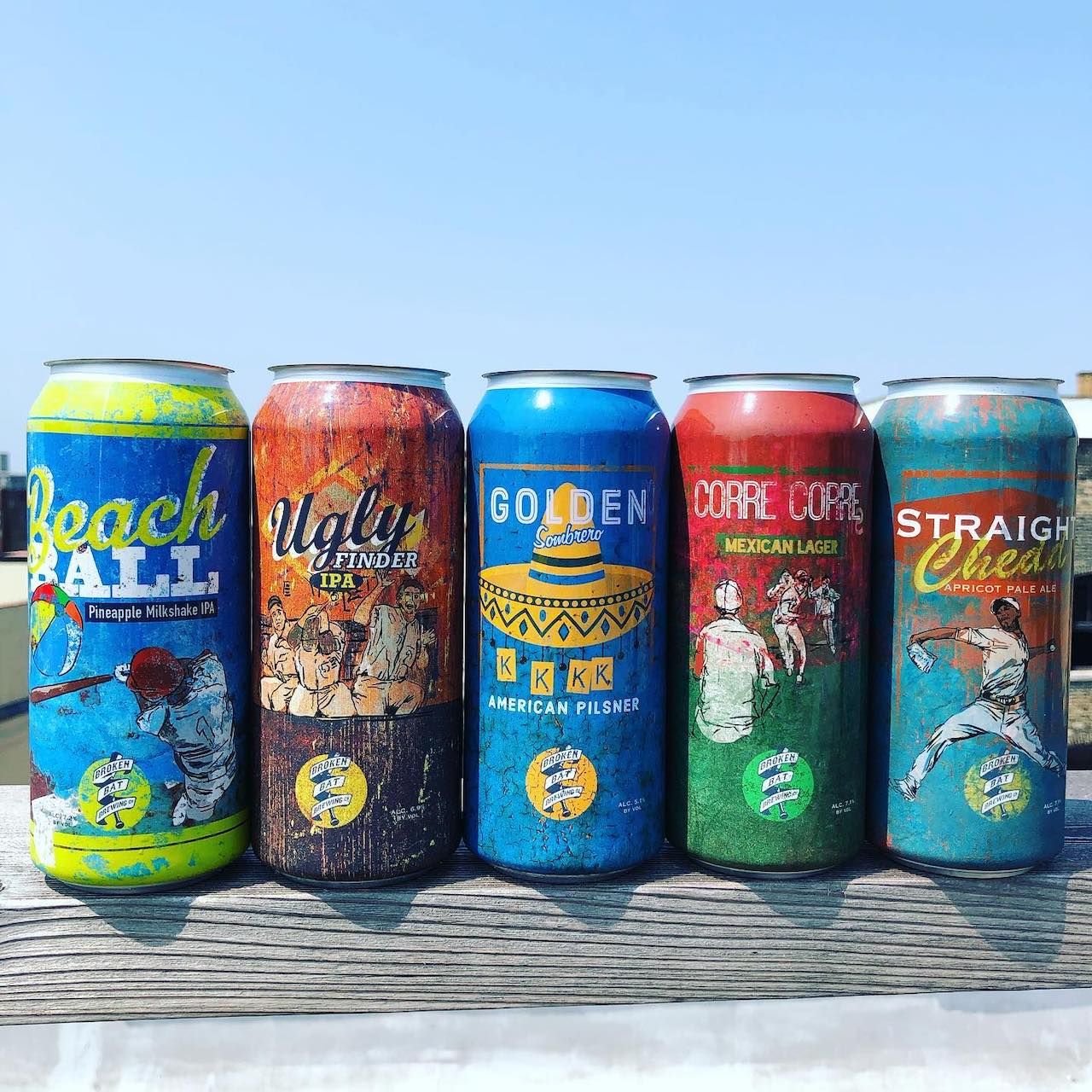 Drinking beer is a favorite pastime of Milwaukeeans during baseball season. Broken Bat Brewing Co. helps visitors keep those passions alive. Fun flavors with baseball-themed names such as Yabo!, which was made with Cracker Jack and Grand Salami, a cherry Belgian quad, add to the baseball diamond feel amidst fermentation tanks and a brew house directly from the tap room. As of March 2020, Broken Bat has announced plans for a new space, so visitors can look forward to another new brewery in the city. 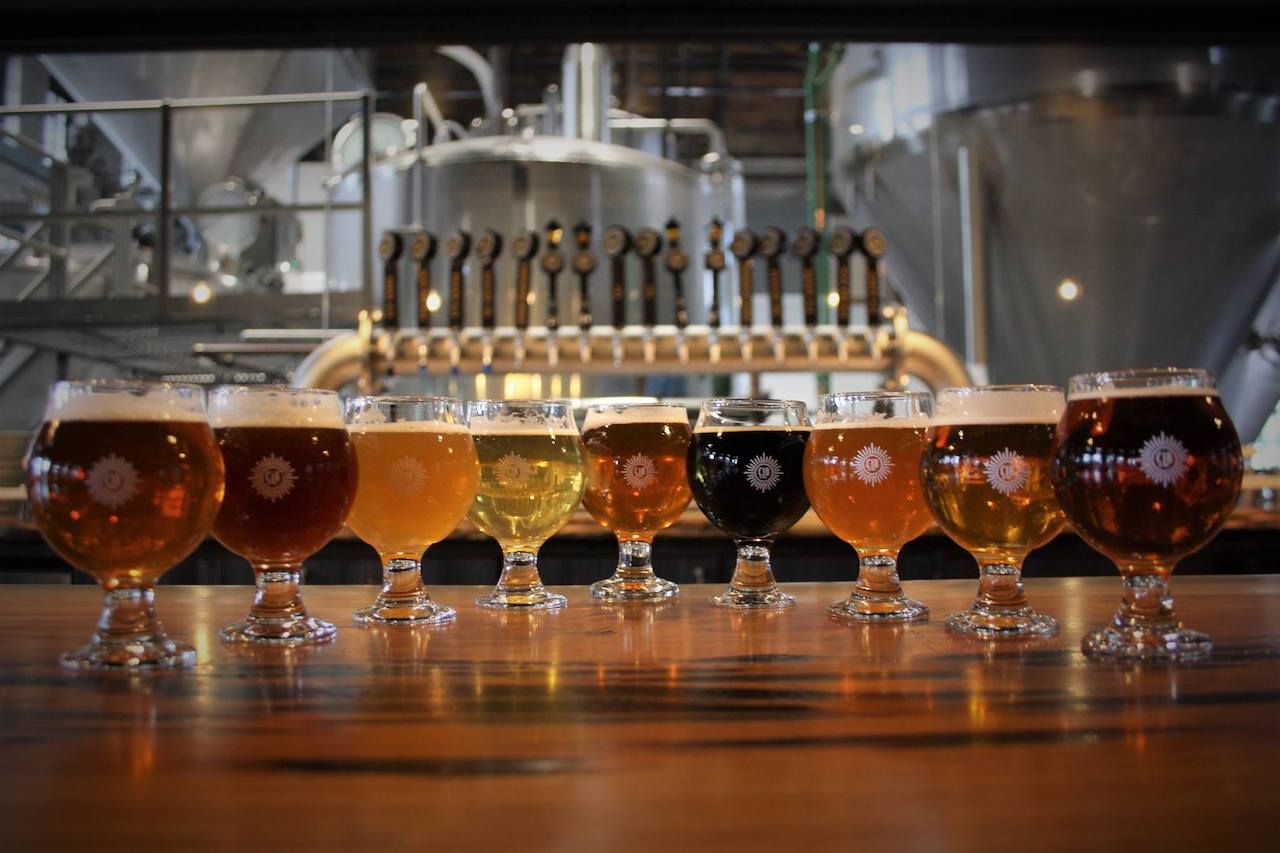 Located in a historical building originally commissioned by the Milwaukee Gas Light Company in 1902, the City Lights Brewing Co. is so named as an ode to the gasification process used to power the city’s street lights. These days, beer lovers can tour the brewing process in the old building made of hand-glazed brickwork. Try the seasonal and specialty beers, as well as the Coconut Porter and Mexican Ale. 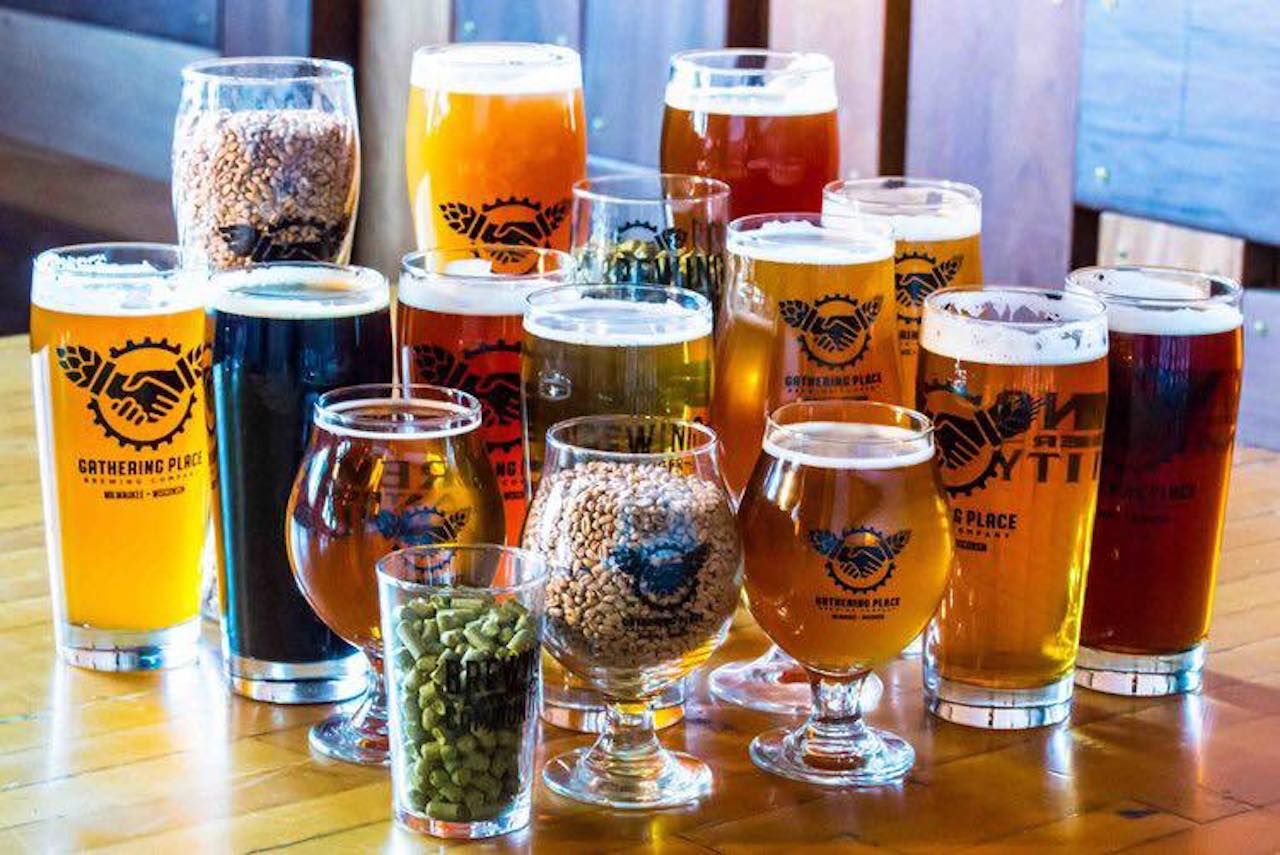 Gathering Place Brewing Co. takes community involvement seriously and donates a portion of sales each quarter to local nonprofits. The ever-changing beer list has options such as Murdered by Crows (a Kickapoo coffee stout) and Arrivederci Roma (an Italian pils). Gather your friends and stop by for some sips that will make both your heart and stomach feel like they’ve done some good.

The 7 Best Things To Do Indoors in Milwaukee

Where To Practice Mindfulness in Milwaukee

Where To Eat, Drink, and Stay Near the Milwaukee Convention Center