Fall is coming fast, and with the turning leaves and cooler temperatures, it’ll soon be time to treat yourself to the indulgent comfort of Vermont’s rich flavors. From smoky cheddar cheese to artisanal chocolate and mint bonbons, the Green Mountain State takes great pride in its gourmet offerings. Plan an epic road trip following the state’s chocolate and beer trails, taste the dessert treat that is ice wine, and sample a delectable combo of saucisson-style mortadella with pistachios and dark chocolate for some of the most delicious food experiences to have in Vermont this fall. 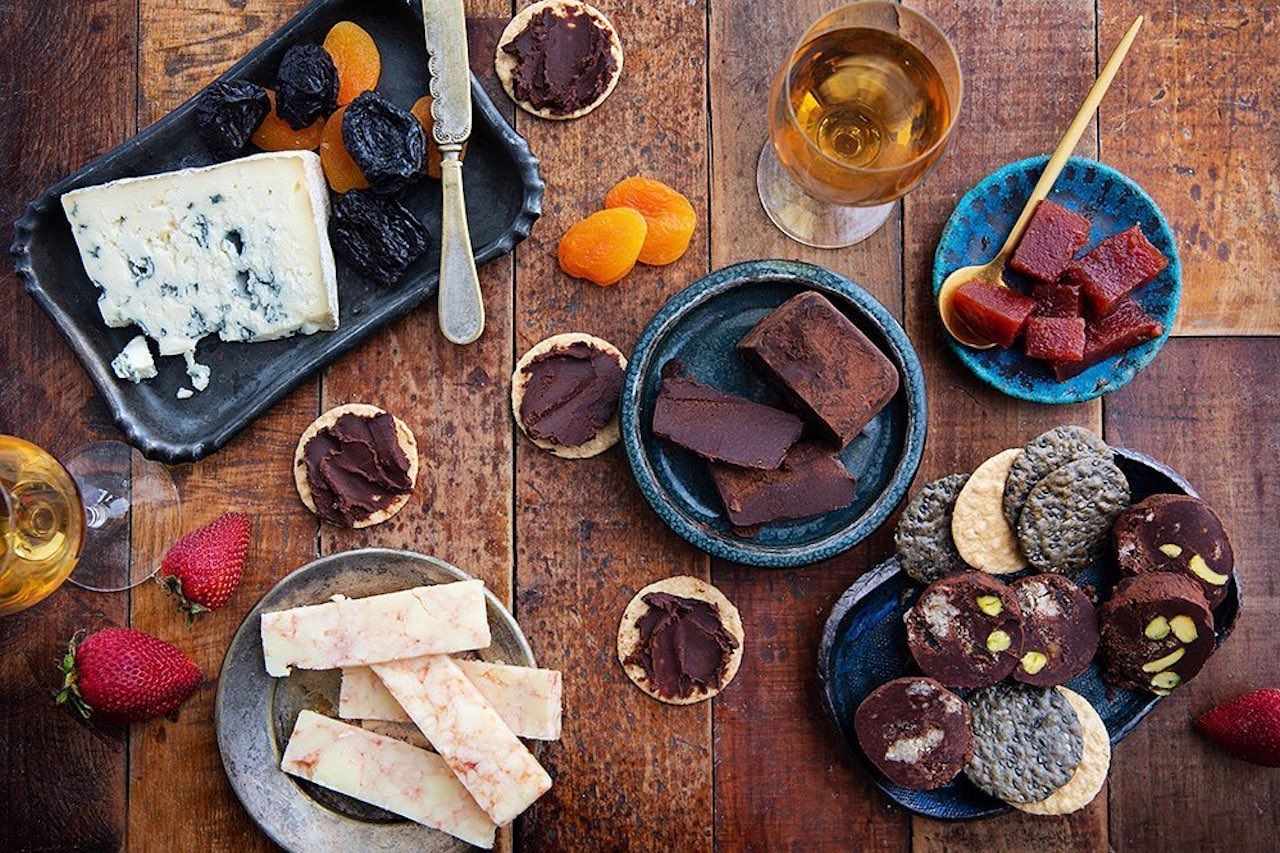 While Vermont is famous for its maple syrup, the state also has a vibrant chocolate-making industry. Small bonbons crafted by hand, dark chocolate bars, chocolate-covered figs — you name it, Vermont has it.

Tavernier Chocolates is one of the state’s oldest and most notable chocolate makers. The family-run venture traces its origins back to France where they ran a number of confectionaries in Paris, Calais, and Bourges. The family matriarch, Dar Tavernier was a passionate traveler who globe-trotted whenever the opportunity arose, tasting diverse flavors along the way. It only makes sense that the shop is named after her.

The production process at Tavernier is simple. Each small batch follows strict quality control guidelines to make sure that every bonbon meets the standard for taste and quality. Here, you won’t find any artificial or sweeteners. What you will find is a mix of local dried fruits and herbs, spice blends, and charcuterie bonded by the full taste of chocolate.

You can also try chocolate charcuterie pairings such as the hand-rolled dark chocolate ganache log made with local dairy and served along with saucisson-style mortadella, a cardamom King Arthur Flour shortbread, pistachios, and dried Medjool dates dusted with cocoa powder. 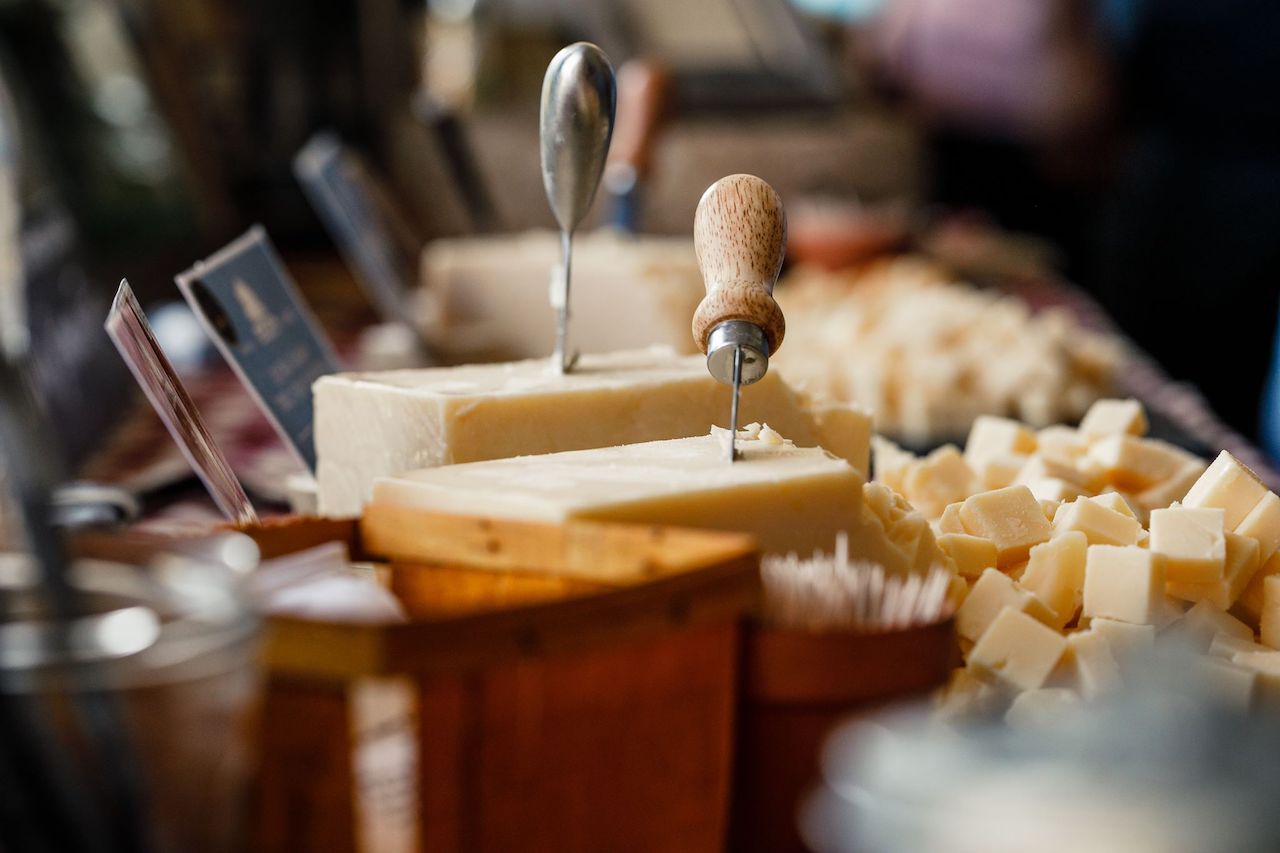 Cheese-making is not only a culinary trade in Vermont but also an art form. Local cheesemakers have gone on to win multiple awards at the World Championship Cheese Contest held biannually in Madison, Wisconsin. In 2014, Cabot Creamery won the “Best-in-Class” award for its two-years aged cheddar. This year, Vermont Creamery took home three “Best-in-Class” titles for its Coupole (aged goat’s milk cheese) and herb chèvre.

With more than 45 cheesemakers statewide, the options are plenty. You can choose from 150 cheese varieties made from local milk. Make sure to get your hands on some cheddar, alpine, and blue cheese. What’s unique about some local cheeses is that they have a hint of basil due to the fact that quite a few cheesemakers feed the aromatic plant to their cows.

Follow along the Vermont Cheese Trail and hit up Shelburne Farms for its cheddar, Nothin’ but Curd to eat your weight’s worth of buffalo cheese curds, and Cabot Creamery. Offering dozens of flavors, Cabot Creamery specializes in clothbound cheddar, classic cheddars, and cheddar prepared according to a 101-year-old tradition. If you’re in the mood for something spicy, try the habanero cheddar, the cracked peppercorn cheddar, or pepper jack cheese. At Cabot Creamery, you can learn about sustainable farming and how local producers are taking care of the environment in order to ensure that green pastures remain vibrant.

3. Sip on apple cider while watching the leaves turn red 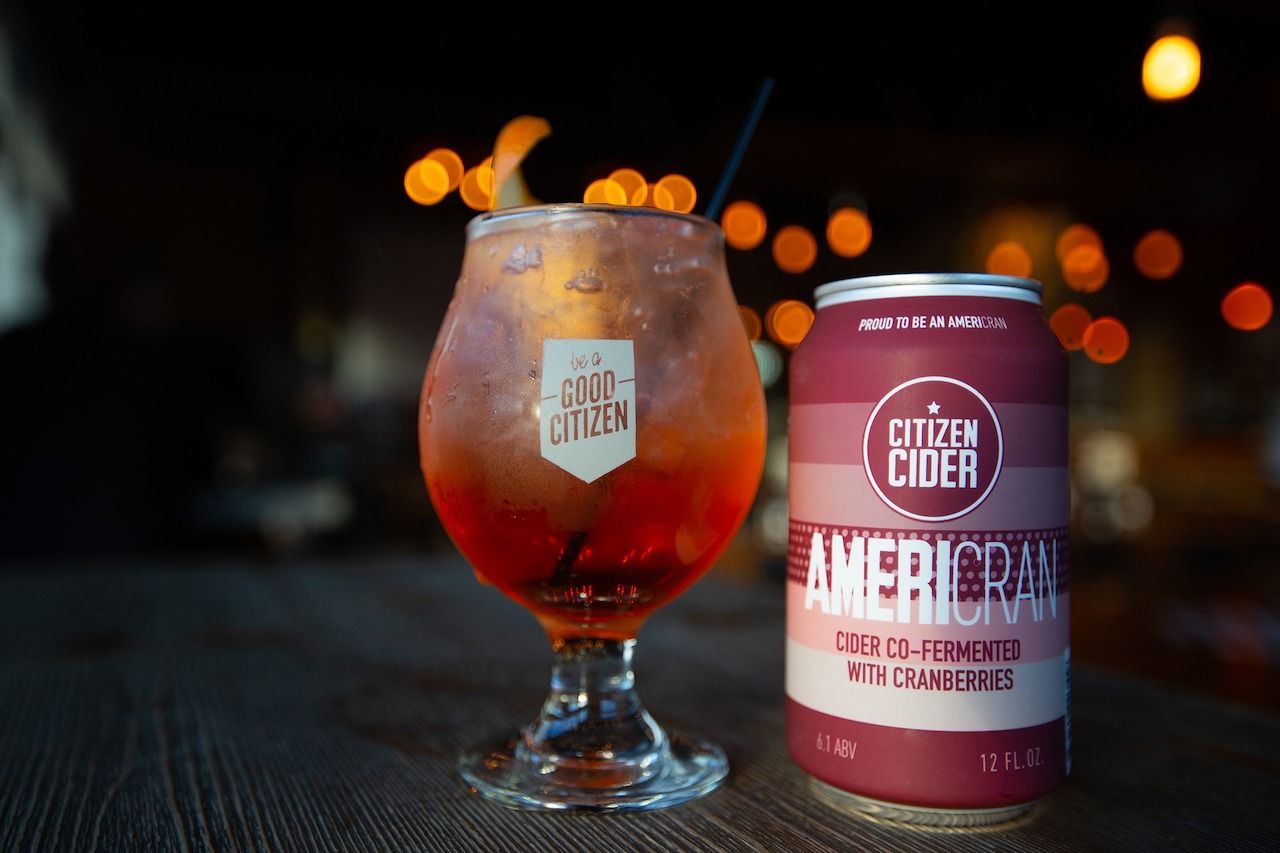 Nothing conjures up fall in the Northeast quite like cider. Vermont’s hard cider is made with local apples from the state’s many orchards. Woodchuck’s cidery, located in Middlebury, has been around for 30 years and offers guided Cider House and Tap tours where you can learn a thing or two about the process and sample over 20 varieties of cider on tap.

Citizen Cider in Burlington sources 100 percent of its apples from the region and offers daily specials, as well as cider-infused meals like the Unified Press Street Corn, made with chipotle aioli, crumbled cotija cheese, honey, paprika, and cayenne pepper, and of course, cider. Try Citizen’s Origin Series featuring the Fruition Lavender Cider, the Big Juicy, the Tree Tapper maple cider, and the single-varietal Northern Spy.

4. Go on a brewery road trip to taste hundreds of beers with a side of stunning views 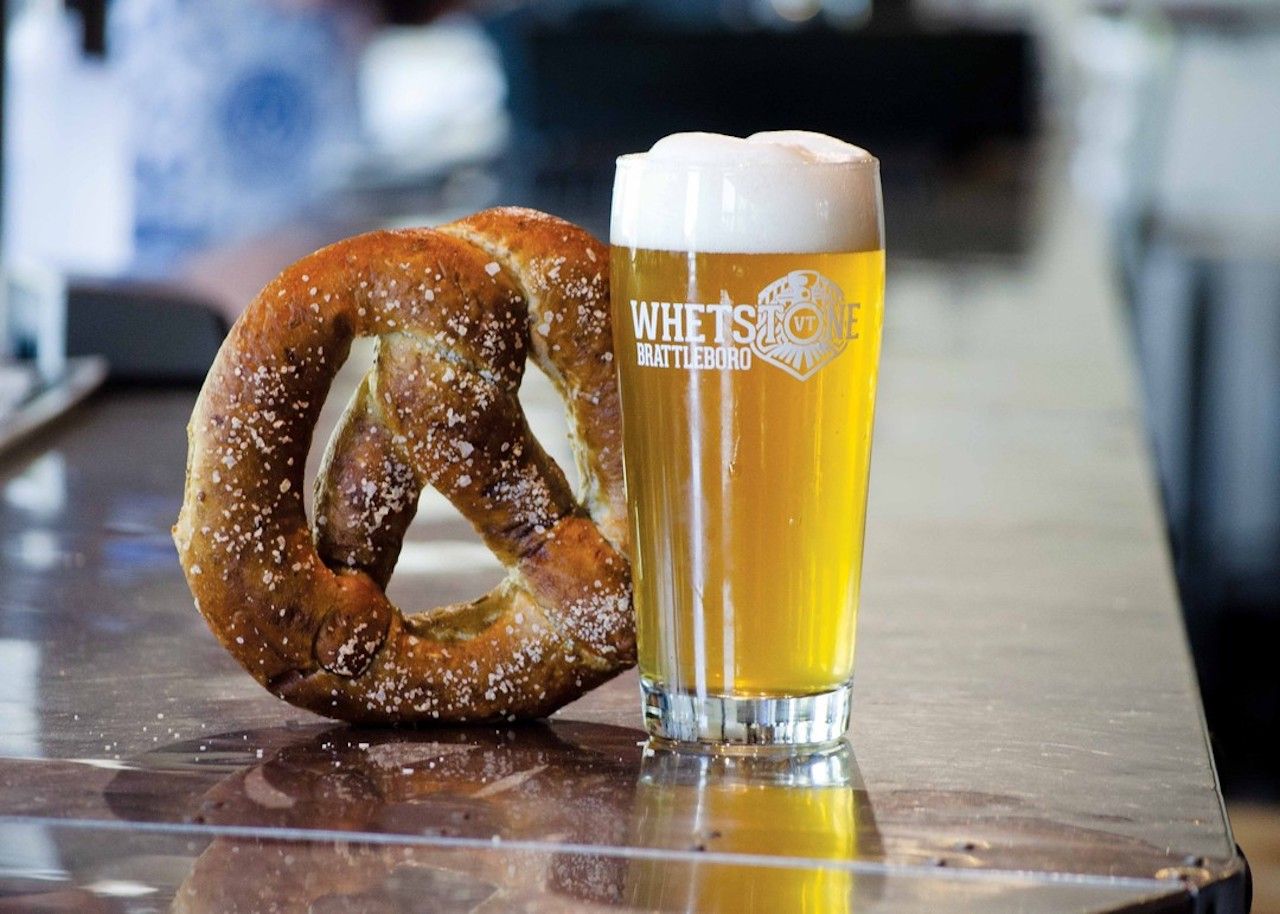 Vermont’s craft beer industry is thriving. In fact, Vermont has the most breweries and brewpubs in the United States per capita. You can plan an entire road trip through the state by mapping out a beer route and visiting over 40 craft brew locations. Take the Brattleboro Trail and stop by the Hermit Thrush Brewery for and pick up a Local Hoppy Box — a pack combining some of the brewery’s signature flavors such as Po Tweet, Athenaeum, and 40 Mile Fun Zone.

Pop into Whetstone Station and sip on a Weizen Guy at their rooftop beer garden while soaking up the lake views. Then, explore the in-house nano-brewery where no two batches are ever the same. When you get hungry, try the food-truck-style bites such as the Brewer’s grain pretzel with Mug Life Amber Ale beer-cheese dipping sauce, the crunchy Bridge Street chicken, or the bacon cheddar burger.

5. Raise a glass of fruity and refreshing wine 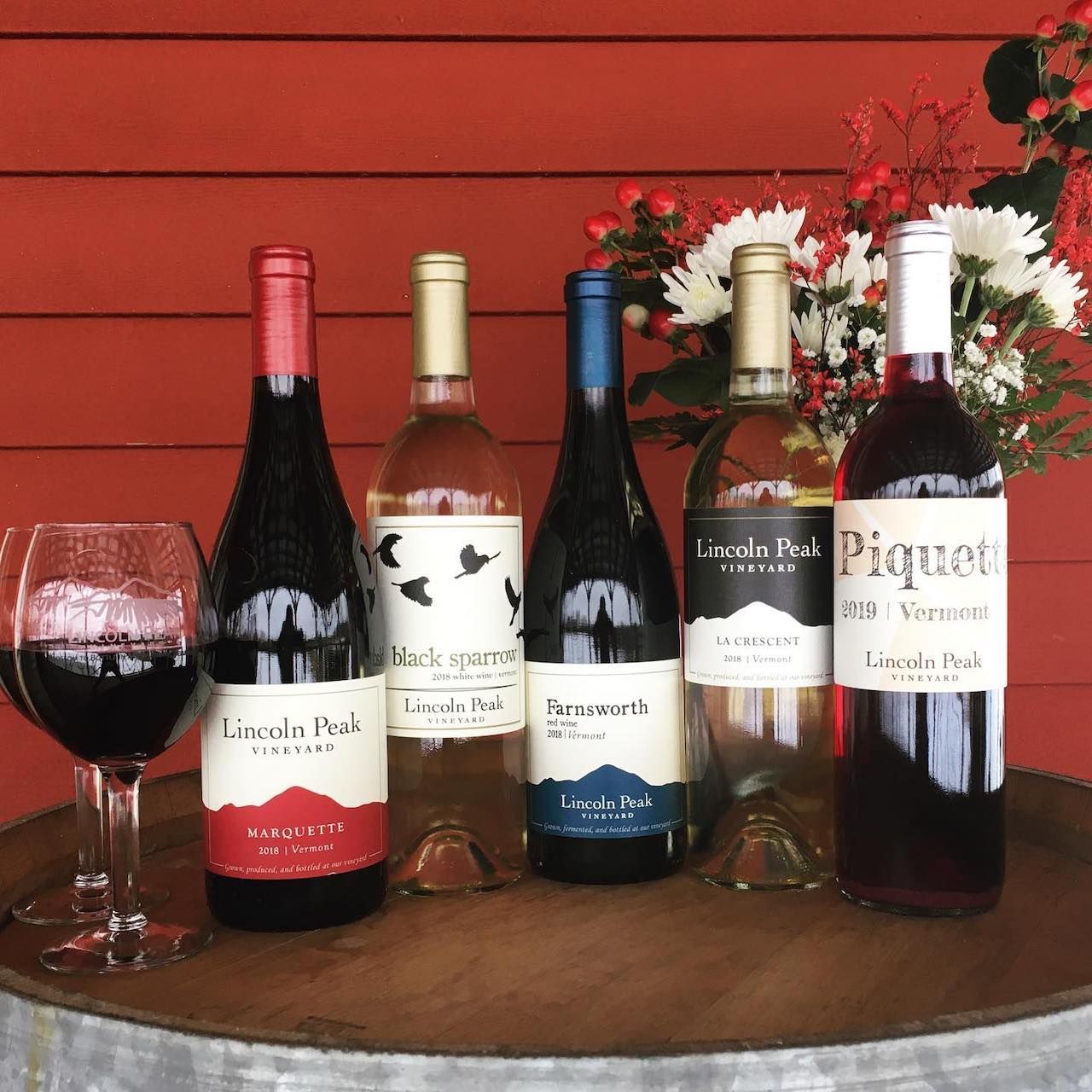 While cider and beer are certainly the Green Mountain State’s specialties, Vermont is also home to perfectly tended hillside vineyards producing Frontenac, Marquette, and La Crescent. These grapes are characterized by a fruity, crisp flavor that never fails to refresh.

Just like Vermont’s cheese and chocolate production, the wine-making process is strictly monitored for quality and done by hand. There is one dessert wine here that you need to try at least once: Vermont’s ice wine, which is made from grapes left on the vine until winter and harvested while frozen.

Get a wine passport for free and have it stamped each time you visit a winery. Once you collect 10 stamps from individual wineries, you’ll have the chance to win a prize that’s drawn every January, giving you all the more reason to explore Vermont’s wine scene. Map out your winery bucket list and make sure to include Autumn Mountain Winery, Boyden Valley Wine & Spirits, and Lincoln Peak Vineyard.

6. Taste the gooey goodness that is maple syrup 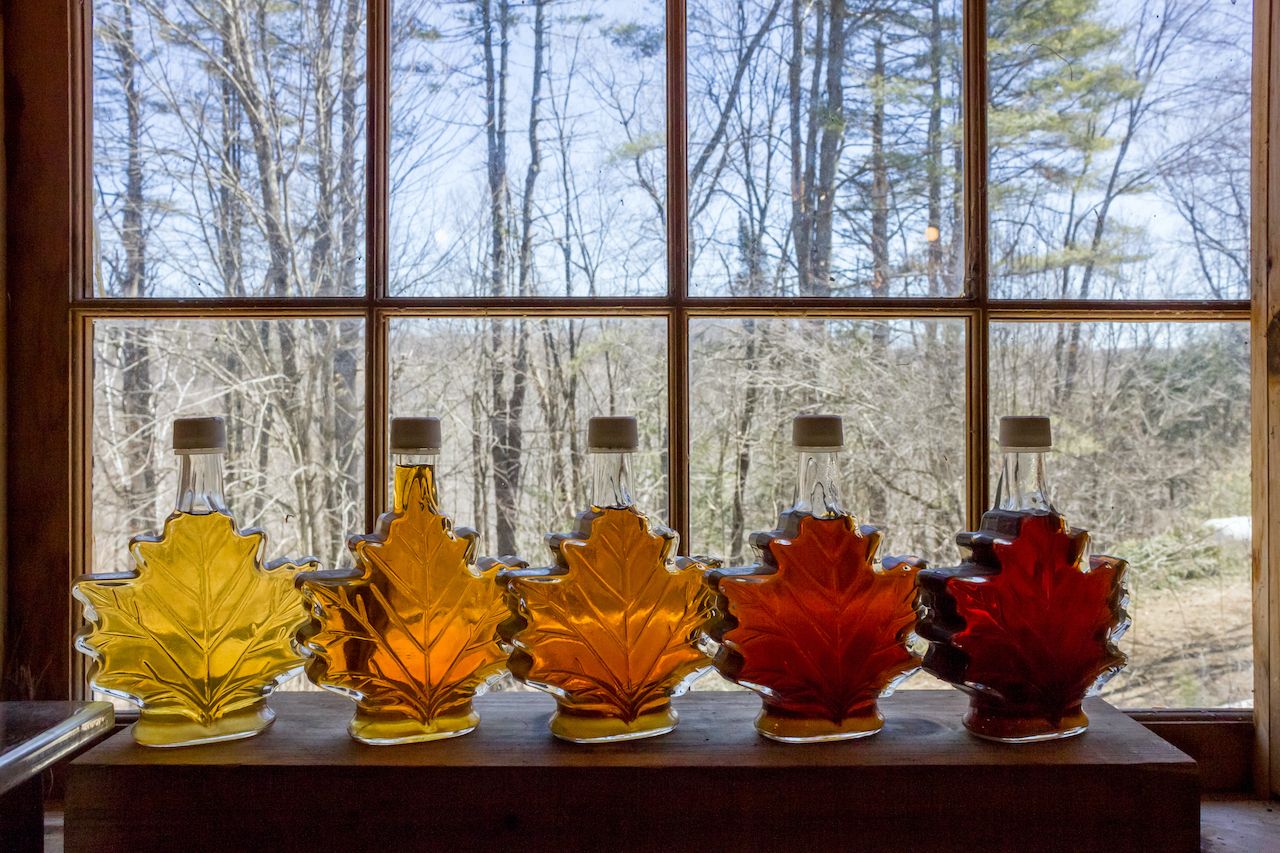 In 2017, Vermont produced close to two million gallons of maple syrup, which accounts for 47 percent of the total syrup production for the United States. Vermont prides itself on the purity of the local maple syrup, as producers never use added sugar or sweeteners. The state has a whopping 1,500 sugarhouses where you can go and learn all about the process of tapping the trees, waiting for the sap run, gathering, transporting, and boiling it until it’s ready to be canned. Add Solar Sweet Maple Farm to your itinerary. Here you’ll be able to see the eco-friendly twist that these sugarmakers are adding to the classic process.

Then, to truly appreciate the glory of maple syrup, pair it up with a stack of fluffy pancakes. There are dozens of pancake spots in Vermont where each pancake is handmade and comes to you hot and topped with syrup and fruit. Try The Maple Diner in Bridgewater where portions are generous and service extremely friendly in a typical Vermont fashion, or drop by Miss Lyndonville Diner in Lyndonville where your pancakes will be bursting with whipped cream, jam, and syrup.

Spirits + CocktailsFor the best whiskey-drinking experience in the US, head to Vermont
Tagged
Food + Drink Vermont, United States
What did you think of this story?
Meh
Good
Awesome

The most idyllic Vermont B&Bs for a fall getaway

Vermont will pay you $10,000 to move there and work remotely

4 incredible swimming holes in Vermont you need to check out

For the best whiskey-drinking experience in the US, head to Vermont