This city in southwestern England is rich in history and culture. Bristol is young, with a median age that’s six years lower than the UK average, and it keeps up with the times by reinventing itself. It has adapted its heritage for modern displays, focused its economy on innovation and technology, and invested in creative and artistic endeavors. Bristol also responds to current issues; it was the European Green Capital in 2015, a distinction partly earned because of its extensive cycling routes. Visitors can enjoy year-round festivals, food variety and quality, colorful street art, and repurposed industrial architecture. The good news is that you can enjoy many of the city’s attractions for little, or no, money. 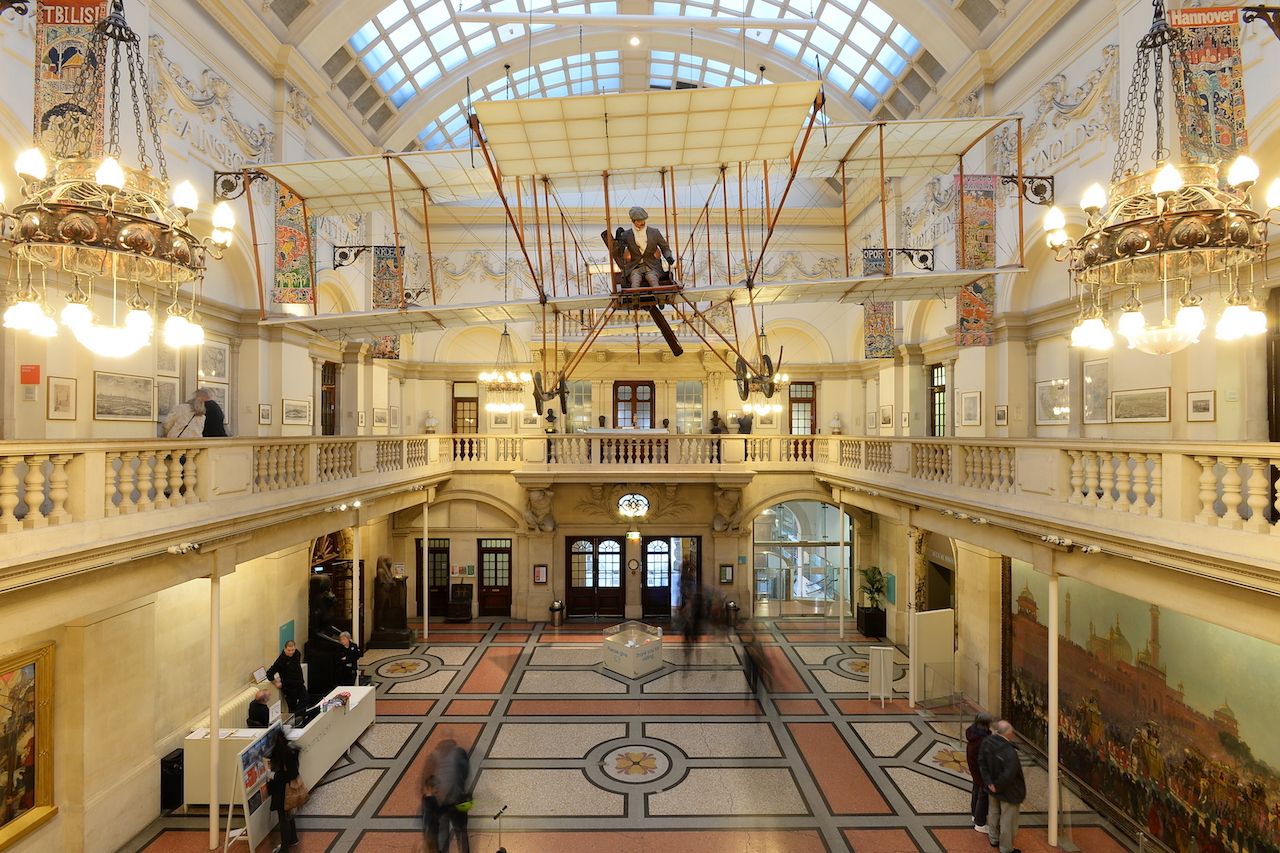 It’s hard to believe that this stunning historic building is free to enter, but it is. It has three spacious floors dedicated to such fascinating and diverse topics as local archaeology, Eastern art, and natural history. The wide open spaces make it an easy and pleasant place to peruse, and the museum consistently combines its permanent exhibits and unique artistic pieces with new special exhibits that appeal to a variety of audiences. Exhibits can run the gamut from one centered on the role of “magic” in different cultures throughout history to another focused on Banksy’s street art. This cultural center will especially keep families busy, because activities and workshops for the little ones happen daily. The kids have designated spaces, and can explore and learn with their imagination following different themes such as dinosaurs and wildlife.

Bristol’s water-buses are a great way to travel across the city, which is especially busy at peak times. They are also a great way to tour the city and get a perspective of it from the water. The river reflects the city’s features, since buildings often sit right on the riverbanks — and you can really take in Bristol’s architecture. The small yellow boats have 17 stops, from the main train station Temple Mead to the east, up to the city’s edge to the west. Fares vary, but the most you will pay is £7, or just over ($9).

The calm waters make for a smooth ride and the ferry passes or stops at some of the city’s attractions, such as the SS Great Britain, a museum ship and former passenger steamship in perfect conditions. If you opt to visit this ship, you can usually find discounts online, but a full-price ticket is £17 ($22). 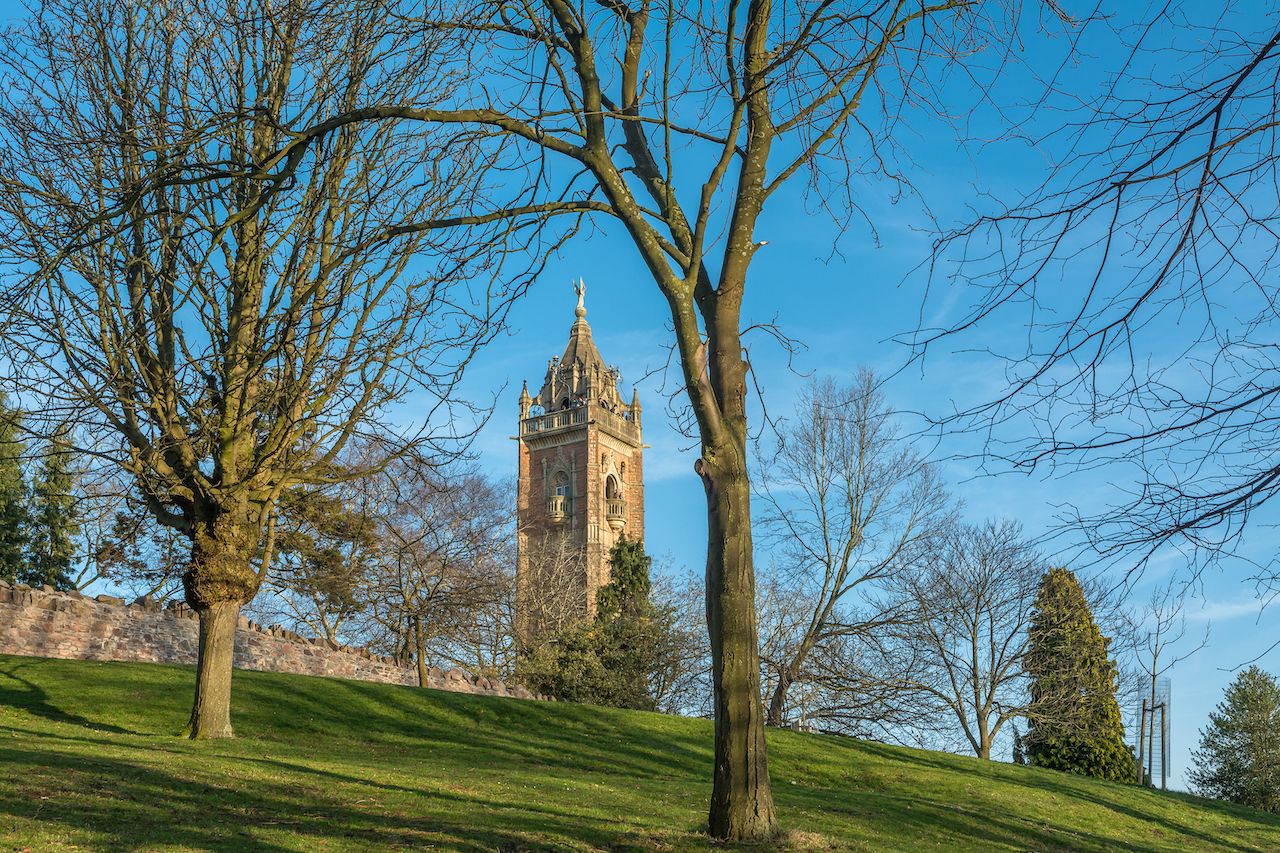 The 105-foot-tall historic tower sits within the Brandon Hill public park and nature reserve. Brandon Hill is the city’s oldest park, filled with a variety of trees and shrubs, as well as lovely views and walking paths. Cabot Tower’s stone walls change with the light, and a plain light-gray or cream can become a soft red, a particularly pleasant pairing with the greens of the vegetation surrounding the tower. The steep steps of the spiral staircase go up to the top for a sweeping 360-degree view of the area, and you can ascend them for free. 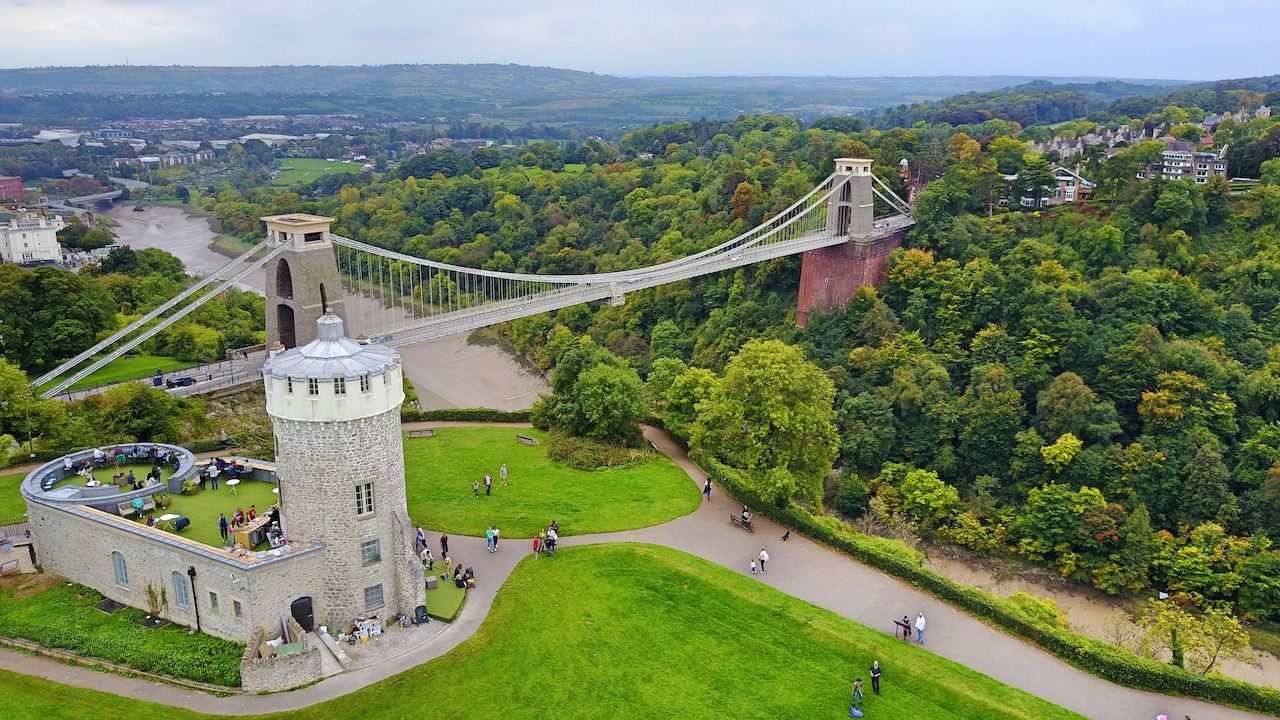 Although it’s only been an observatory since 1977, the historic building has been a landmark since 1766. It sits atop the city’s west side hill with views of the surroundings from the terraced space with outdoor seating. The camera obscura (one of the only three working in the UK) and the museum are fit for families with older kids. St. Vincent’s Cave, opening in the middle of the vertical, rocky hillside facing the Avon Gorge, has been a chapel since 305 AD. In the early 1800s, the owner built a tunnel to connect the observatory to the cave. The view from the opening is breathtaking and uninterrupted in both directions, with the densely forested Leigh Woods straight ahead. Entrance to the observatory is £4 ($5.25) for full-paying adults, and goes down from there. 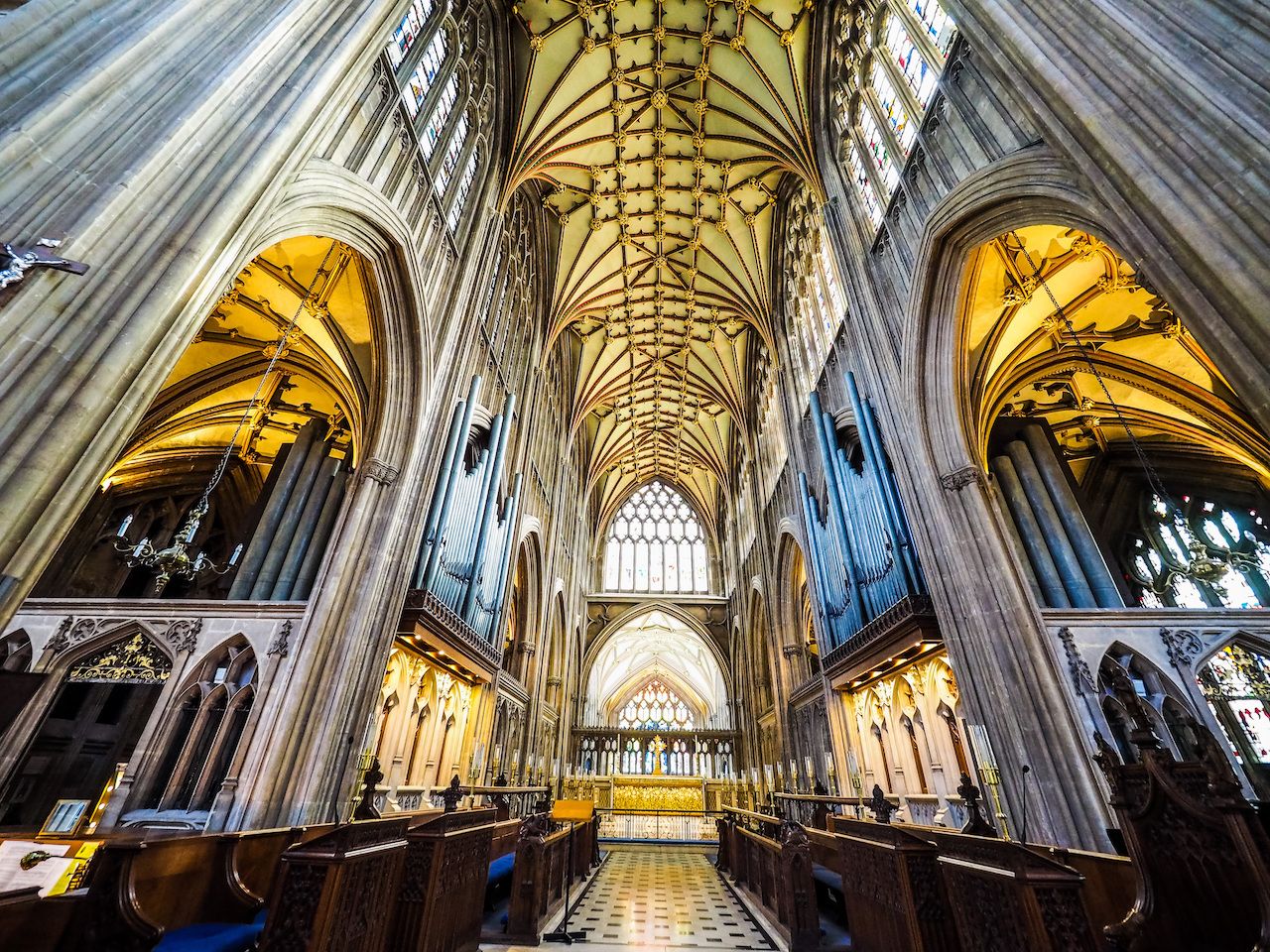 St. Mary Redcliffe Church is elegant and rich in cultural and historic value, considered a shining example of Gothic architecture. The exterior of the 800-year-old church is modest which is in contrast to the interior, that, while unadorned by paintings or frescoes, has a dramatic design. The ceiling alone is made up of impressive geometrical forms while the rest of it is long, narrow, and tall, with rib vaulting that starts from the base of the columns and accentuates the space’s verticality. 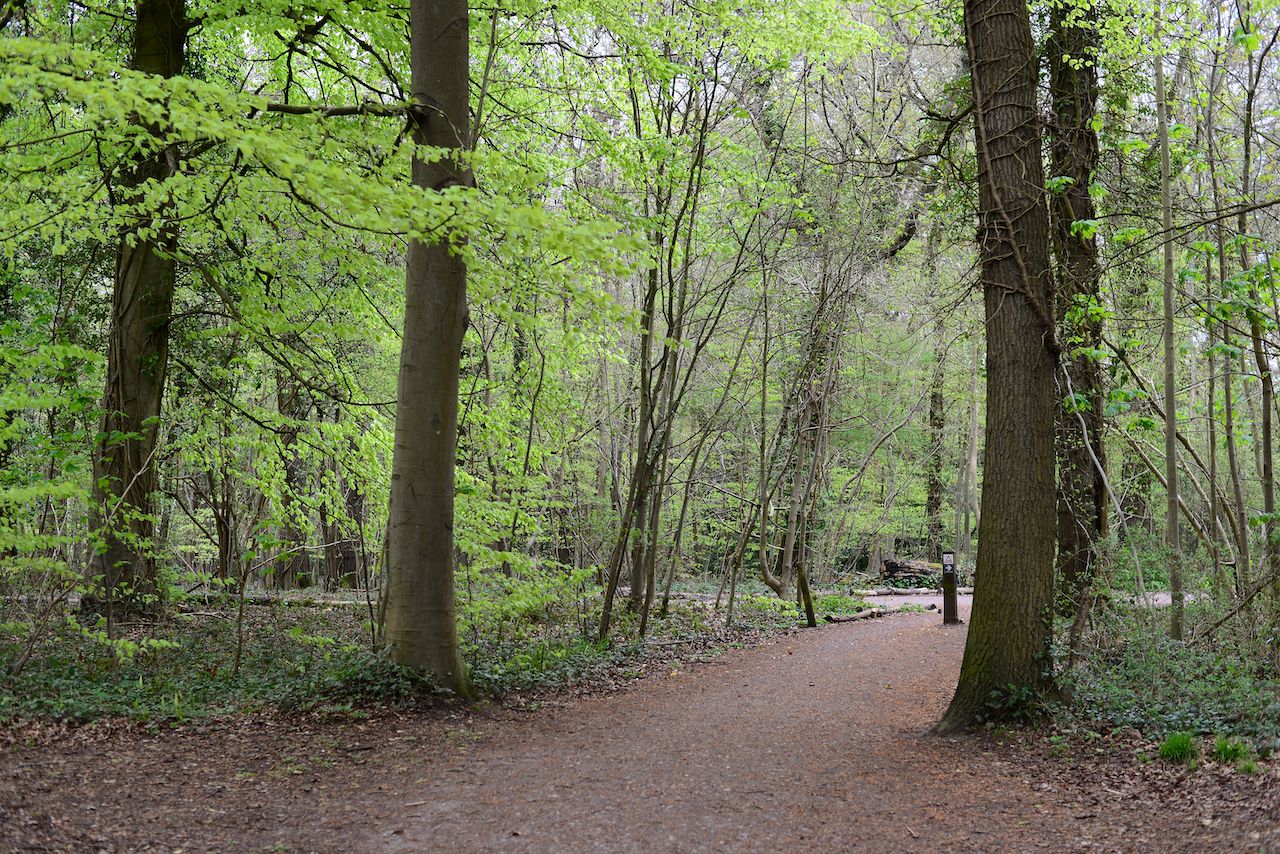 Although technically not within city limits, this nature reserve is small but wild. Just on the other side of the Avon Gorge by the Clifton Suspension Bridge, it’s free to visit and easily reachable from the city center either by bus, bicycle, or on foot. The fastest and most visually pleasant routes there run along the river, and are a nice activity in and of themselves. The traces of Stokeleigh Camp, an Iron Age fort, are immersed in the thick forest, which completely covers the hilly terrain with many native and old growth trees. Standing on top of one of the derelict quarries allows for views of the gorge because of the steep slope. Just roaming around is pleasant too, since it’s never that crowded and the springtime bloom offers a mix of colors from the flowers to the light passing the tree crowns. 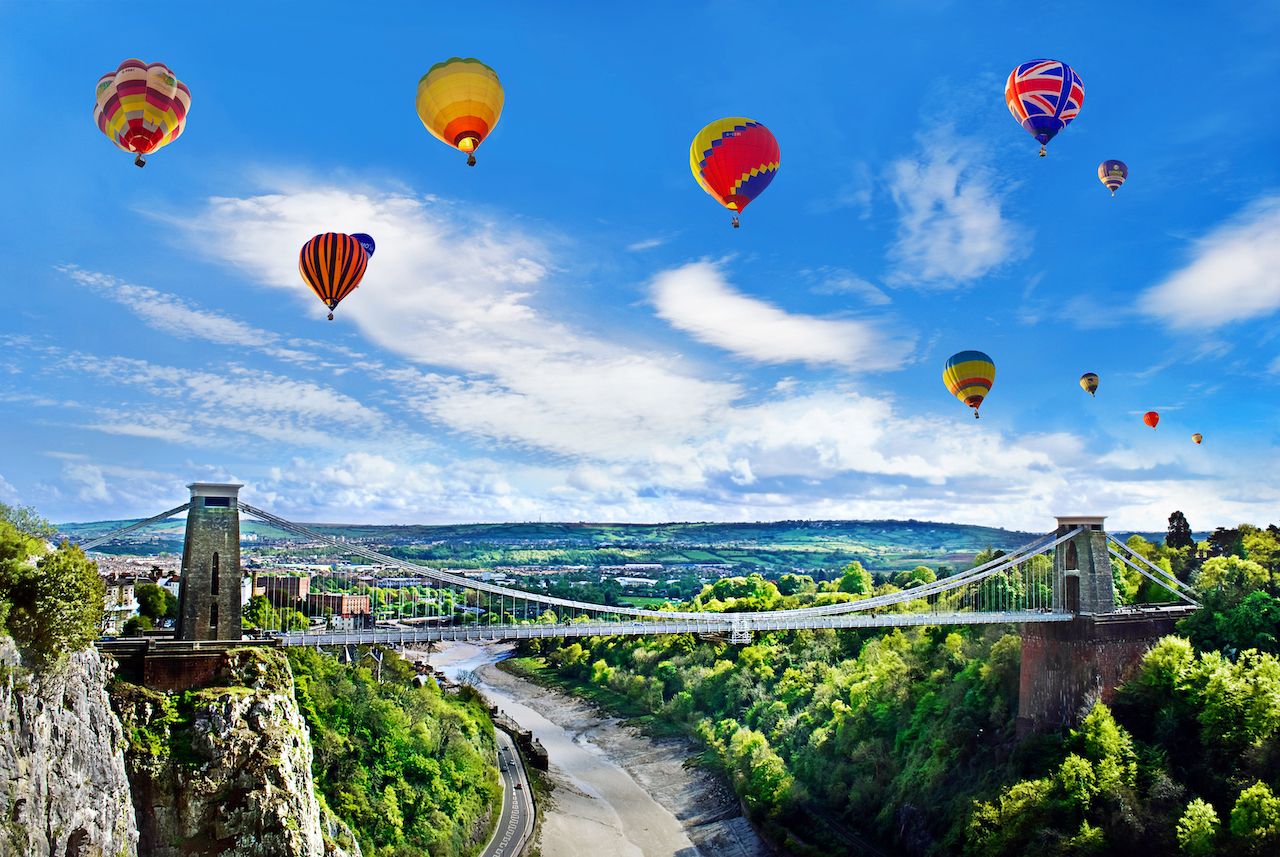 If you plan to visit Bristol in the summer, try to time your visit with this free festival, which sees hot-air balloons from all over the world rise in the sky at the same time. Starting from the green and forested Ashton Court just southwest of the city, it hosts 100,000 people at any given time of the four-day stretch. The best part of the festival is arguably the night glow, when the balloons are inflated and glow with music after dark. During the day, balloons of different colors, patterns, and shapes float next to iconic spots such as Cabot Tower and the Clifton Suspension Bridge, offering unique views.

Budget TravelCopenhagen on the Cheap
Tagged
Budget Travel Insider Guides Bristol, England
What did you think of this story?
Meh
Good
Awesome

The Best Free (and Almost Free) Things To Do in Bristol, UK