Book worms have one more beautiful library to add to their must-see list. On August 19, the International Federation of Library Associations and Institutions (IFLA) announced its pick for the world’s best public library of 2021: Deichman Bjørvika.

In 2021, 32 libraries competed for the world’s best public library award, five were shortlisted before Deichman Bjørvika eventually won the title.

Deichman Bjørvika, which opened in 2020, is Oslo’s main library. Located on the city’s harbor front, the public library is an architectural standout. The immense building is covered entirely in thin, vertical windows, and it has an impressive cantilevered fourth floor that juts out 65 feet above the plaza where the entrance to the building is situated. 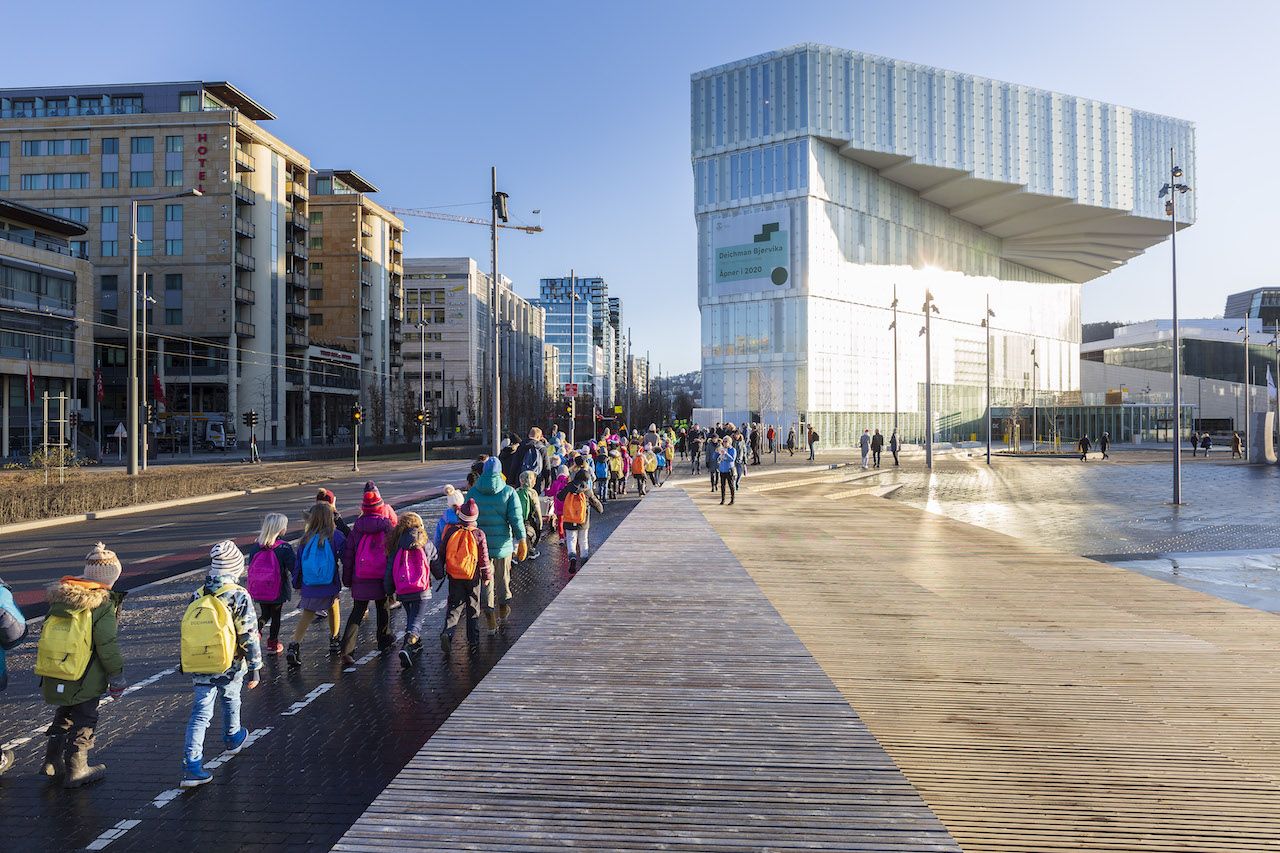 Inside, Deichman Bjørvika is just as exciting. The library has six floors, all flooded in light thanks to the many windows and three huge geometric skylights. The decor is angular, and the subtle tones provide the peaceful atmosphere you expect from a library.

The design for this immense and one-of-a-kind library is the work of architecture studios Lundhagem in collaboration with Atelier Oslo, which wanted “to create an open and intriguing building in which you are constantly invited around the next corner, to discover new places,” according to the Atelier Oslo website. 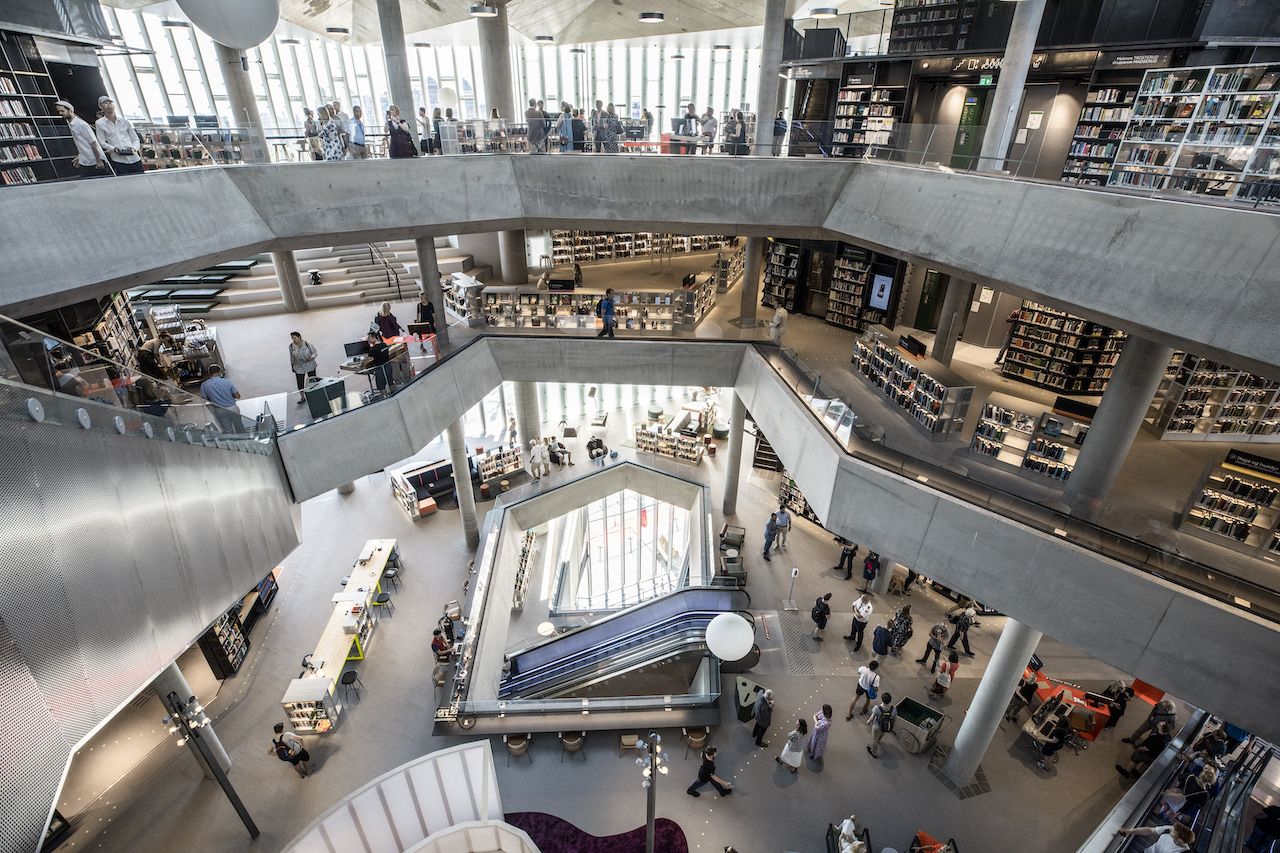 While it’s dedicated to literature, Deichman Bjørvika’s many floors house much more than books. There are, of course, reading and study areas, but there’s also an entire floor dedicated to children, as well as a café, a restaurant on the first floor, a cinema, and an auditorium in the basement. 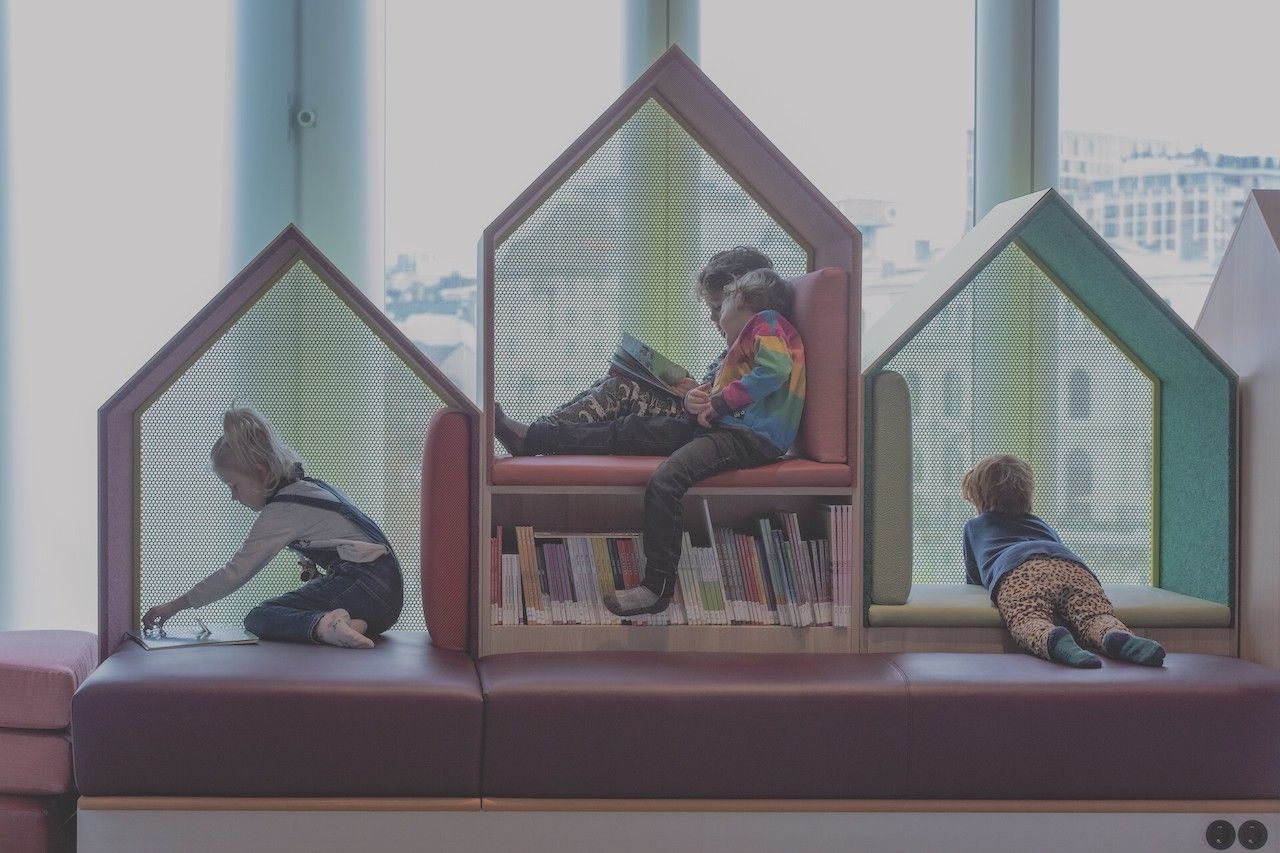 Even better, Deichman Bjørvikat is equipped with everything creatives may need: 3D printers, sewing machines, and music and sound studios. There’s also a self-service set-up to check out materials, and the library is equipped with a revolutionary automatic book-sorting system. 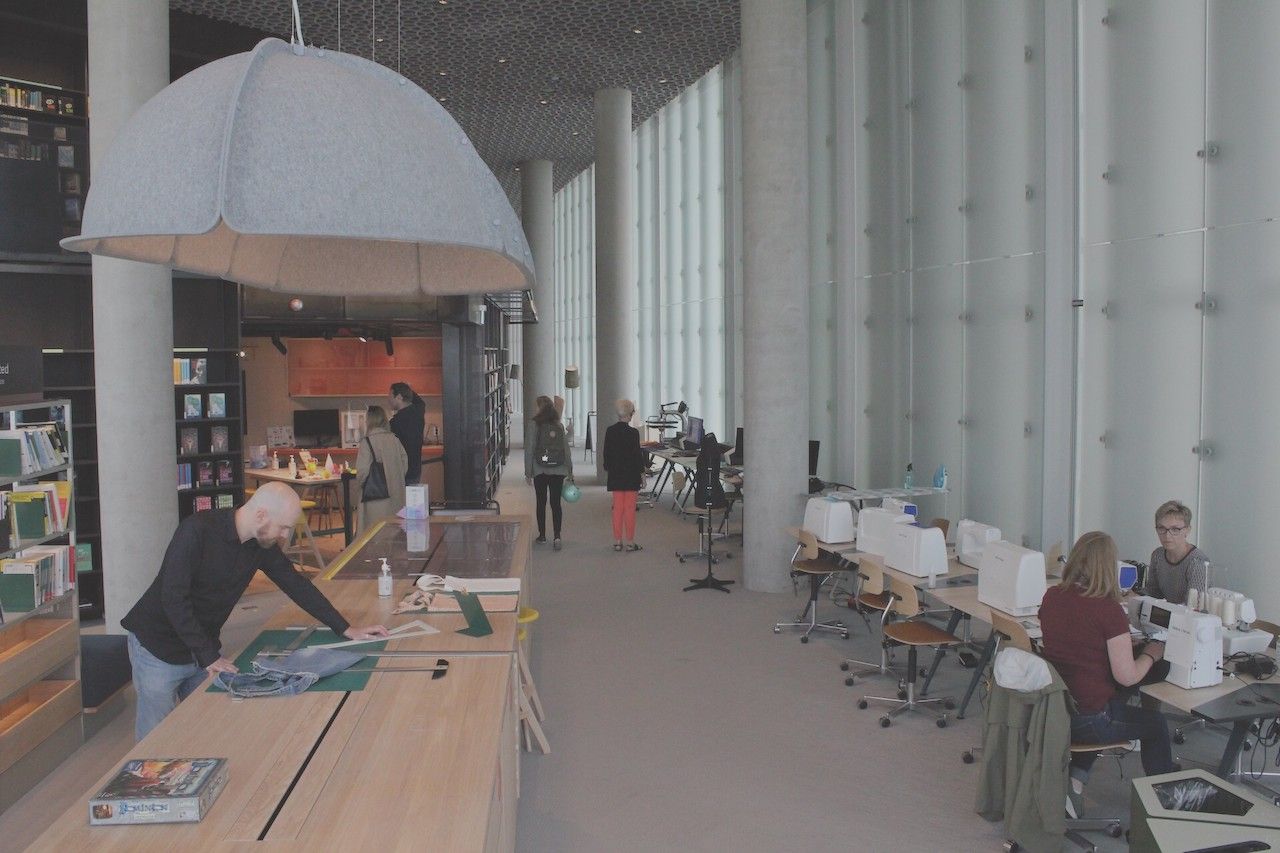 Deichman Bjørvika is a free cultural hub and a gathering space for all. Public libraries are some of the few spaces where one can enter and stay all day without the expectation to purchase anything. A library as modern and beautiful as Deichman Bjørvika is a gift to all community members.

BooksThe 7 Coolest Libraries Around the World
Tagged
Art + Architecture Books Culture News
What did you think of this story?
Meh
Good
Awesome

10 Emotional Stages You Pass Through When You Visit Oslo

I Scored an Invite To the Nobel Peace Prize Ceremony. Here's What Actually Goes Down There.

When Your Boyfriend Travels Abroad To Propose To You

On My Way To Work: Oslo, Norway

What NOT To Do in Norway