Bring up Boston, and everyone within earshot starts playing the word association game. Red Sox. Harvard. Cheers. The Boston Tea Party. Everyone knows the city for something. It’s no secret that Boston’s also a music city. After all, it’s had more time than most American cities to cultivate a music scene. Yet in light of the Massachusetts capital’s many celebrated institutions, it’s easy to forget just how musical Boston really is, from the buskers on Newbury Street to the Berklee kids wearing guitars like backpacks up and down Back Bay.

Someone’s always on stage here. Superstars play TD Garden, home of the Celtics and Bruins, or the Rockland Trust Bank Pavilion, an outdoor amphitheater and summer concert staple, on world tours. Smaller venues are too many to count. From big clubs with character to perfect dives, here’s where to catch a live show in the Boston area. 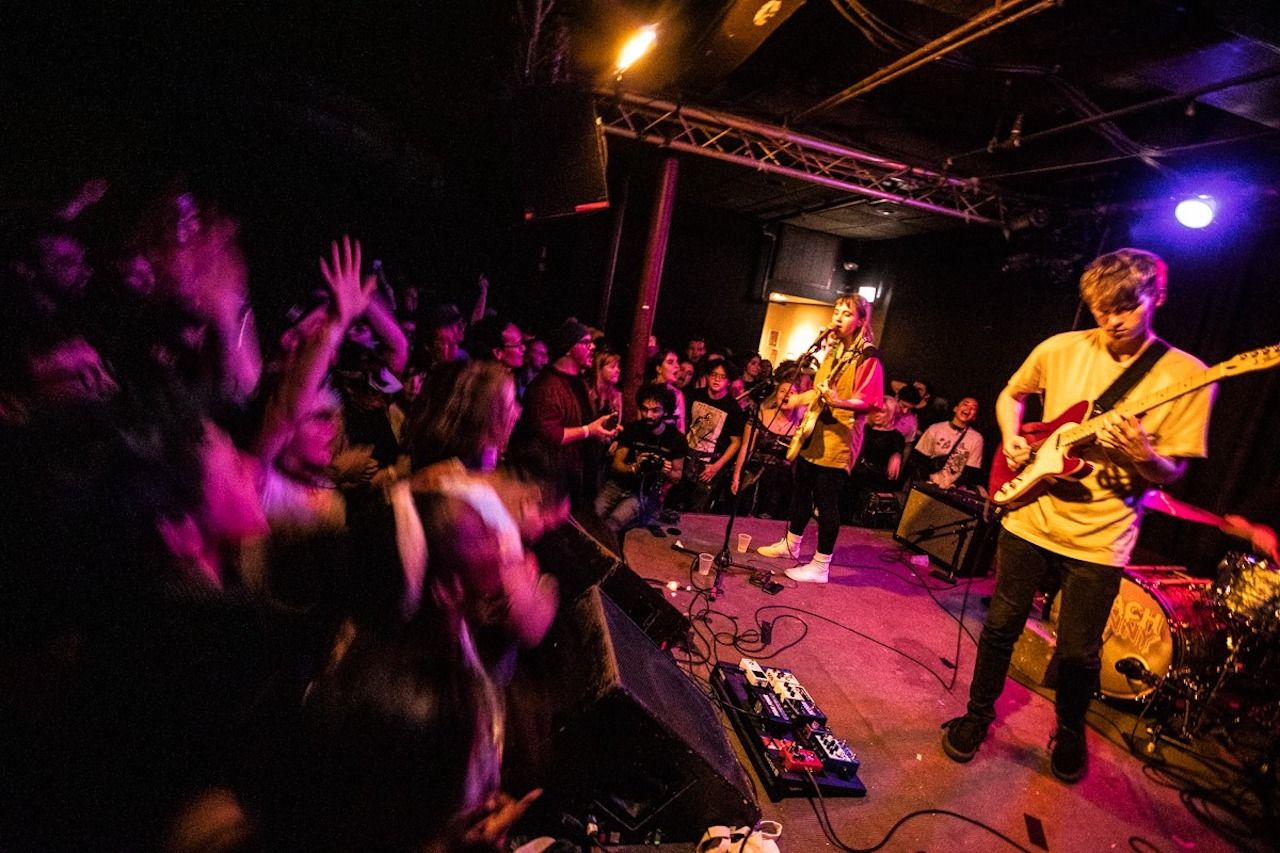 This punky, hole-in-the-wall venue in the student-run Allston neighborhood is a benchmark of Boston’s alternative rock scene. Big names, cult bands, and local legends have all played here, many before making it into the mainstream. The divey vibe is as much a reason to drop by as the artists themselves, who perform right on top of the 240-max-person crowd. Expect to get jostled by PBR-carrying college kids, and there’s no better venue in town to let off some steam.

Red Sox fans mob Lansdowne Street during baseball season, but crowds gather even after the players have hung up their cleats for the year. Across the street from Fenway Park is another landmark: the House of Blues. Boston’s not the only city with a House of Blues, but the original venue was built in Cambridge, Massachusetts, with the bigger Boston location later taking its place. Live Nation runs things now, so expect major names leading the hip-hop, electronic, country, and pop charts. It’s large and often packed, but with multiple bars, a restaurant, and the members-only Founders Room lounge upstairs, there’s enough House of Blues to go around. 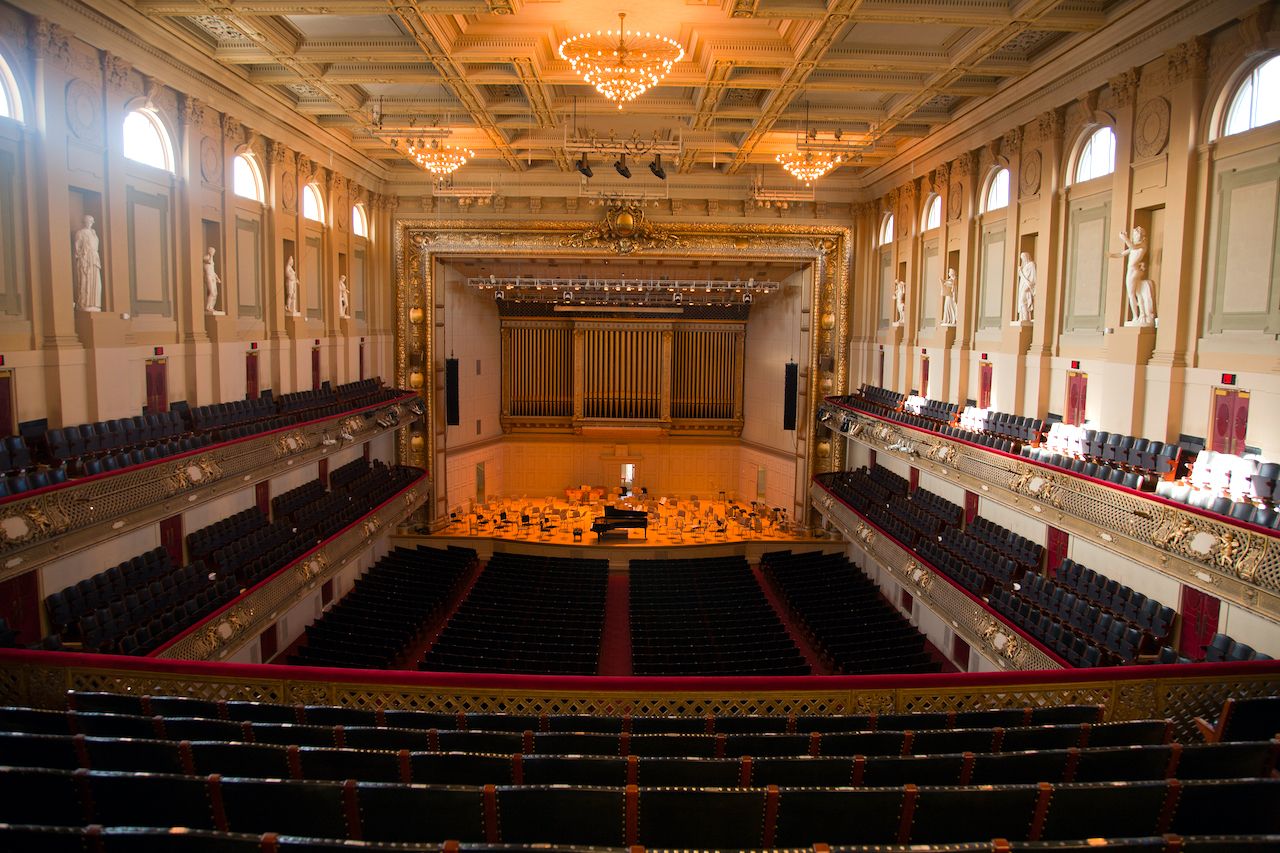 Fans of classical music know all about Boston. To start, it’s home to one of the finest conservatories in the country, which sits just down the street from Symphony Hall, one of the most famous concert halls in the world. Home to the Boston Symphony Orchestra, it’s known for its acoustics and the replica antiquities that decorate its interior. Come for the Boston Pops, the symphony minus the first four chairs, or the Handel and Haydn Society chorus and orchestra. Symphony Hall is also an excellent choice for holiday shows if you’re looking to get more cultural than rewatching Love Actually for the thousandth time this Christmas.

Hidden away behind a bright red door that somehow blends into the surrounding South End brownstones, Wally’s is a small bar and jazz club fit for music snobs, though there’s rarely a pretentious soul in sight. It’s where Berklee professors play impromptu sets on free evenings and students from the city’s many colleges and universities workshop new music in front of a casual, yet serious, audience. Wally’s was established in 1947 and is one of the surviving clubs of the era, proudly carrying on its live-music tradition every night of the year. Most nights begin with a jam session and then feature a particular style, from funk to Latin jazz salsa. 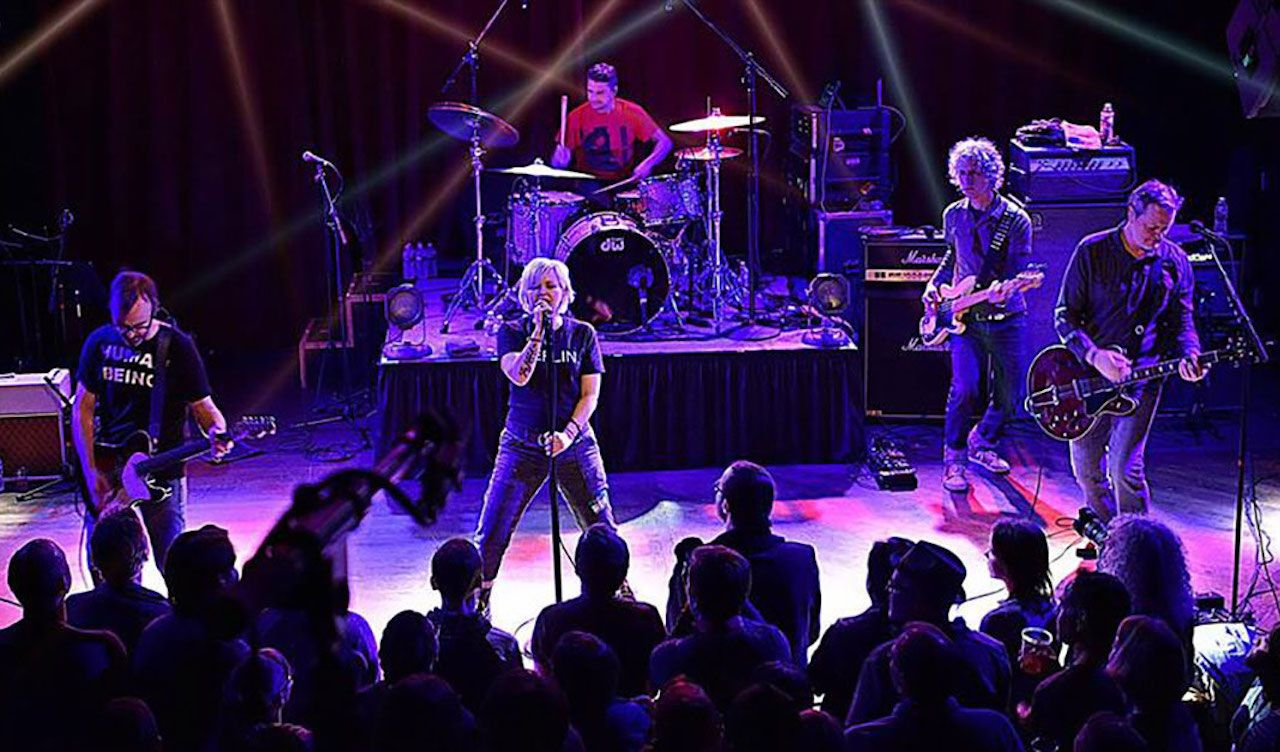 You know what you’re signing up for at this legendary venue around the corner from West Campus, one of Boston University’s biggest freshman dorms: a sea of questionably sober, mostly well-behaved college kids in a classic, compact space that makes every concertgoer feel like they’re one-on-one with the artist. Performers like U2 and Phish have played Paradise, as have newer hitmakers like the Kings of Leon and Haim, but its bread and butter are indie bands a few shows away from the big time. Don’t be afraid to take a chance on someone new here. If nothing else, the bar’s never more than a few feet away.

Cambridge’s Club Passim is the closest thing the Boston area has to NYC’s Cafe Wha?, where icons of the US’ 1960s music scene like Bob Dylan, Bruce Springsteen, and Jimi Hendrix all played. Dylan also made an appearance at Club Passim, an esteemed American folk music venue in Harvard Square, Cambridge, back when it was called Club 47. As did Joni Mitchell, Joan Baez, Muddy Waters, and more. Beloved for its no-fuss, bohemian cafe vibe, Club Passim is still the best place around for folk and other acoustic shows. 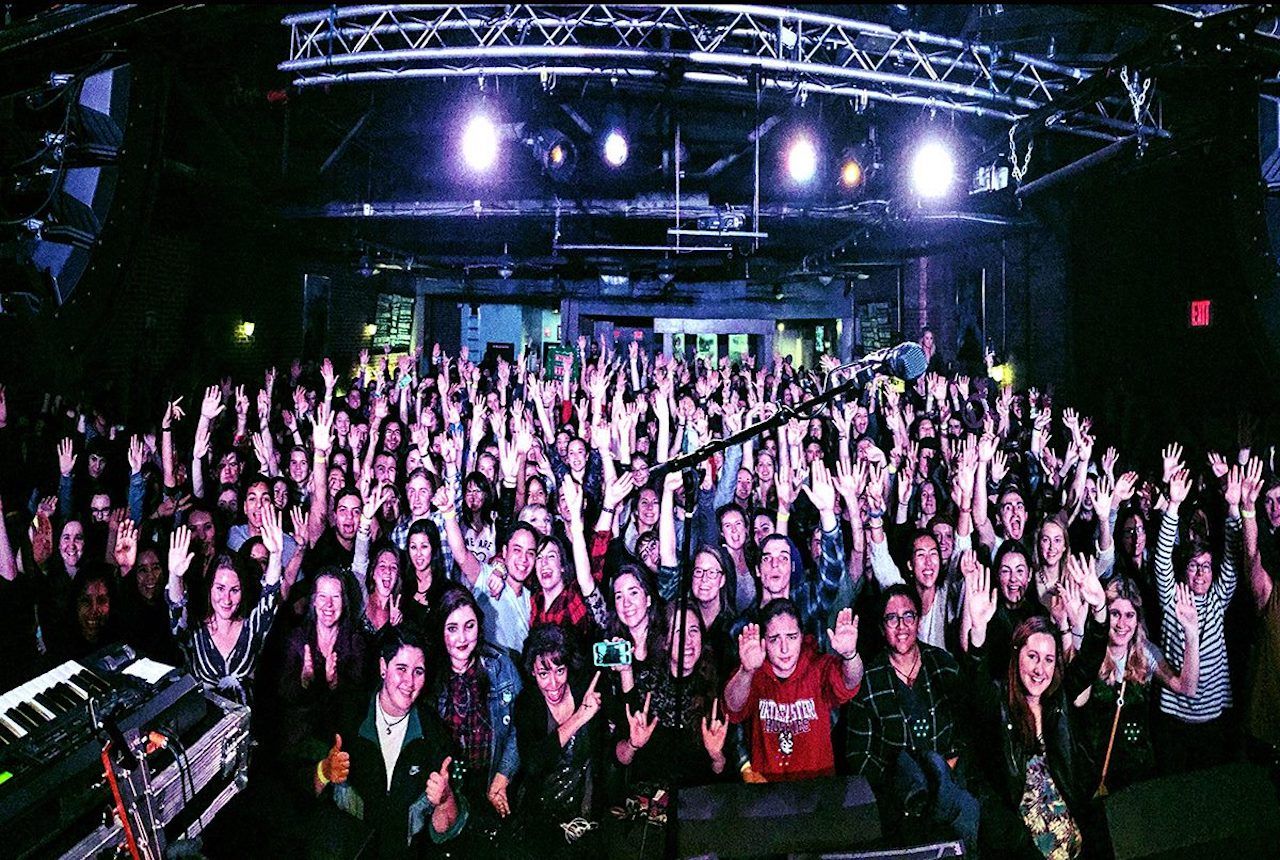 Brighton Music Hall is another Allston-Brighton stomping ground for the students who occupy most of the neighborhood’s available housing. Inside, it feels like a shrunk-down House of Blues. That is, it’s a quintessential rock club, only Brighton Music Hall sticks more closely to the genre, trading in House of Blues’ bigger names for lesser-known indie and alternative rock bands. A solid selection of beer and other reasonably priced drinks make it a safe bet for a good time. Plus, if the music doesn’t get you on your feet, the standing-room-only space will.

Once a modest Lebanese restaurant, The Middle East is now a powerhouse of Cambridge’s nightlife scene. Today it’s a hybrid restaurant, bar, and club complex with three dedicated concert spaces. Upstairs and Downstairs are the main music venues, hosting the coolest indie artists across genres. Downstairs is larger and accordingly books bigger acts. A sister space, Sonia, also hosts live shows, as well as events like dance parties and World Cup screenings. To cap it off, restaurant-bars ZuZu and The Corner regularly host live music and open mics. 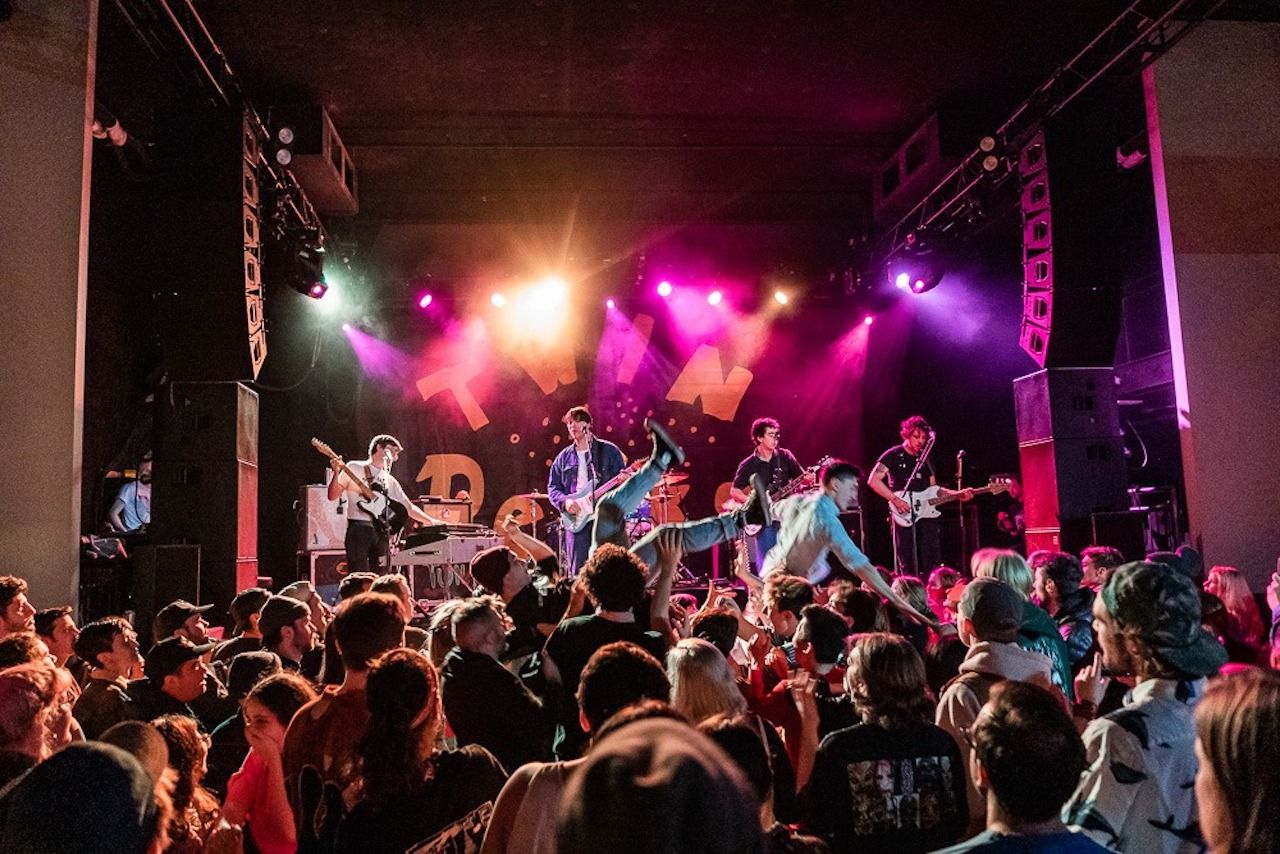 Before The Sinclair came along, Cambridge’s live music options were either intimate and eclectic or bigger but clubby. Harvard Square now has its very own mid-sized music venue, a magnet for indie mainstays like M. Ward and Deer Tick. The Bowery Presents handles the bookings, so you know the acts will be solid. For a proper night out, do dinner and a show at The Sinclair, which also has a restaurant that serves surprisingly elevated gastropub fare and a balcony section up top where you might be able to snag a quiet corner with your date.

EntertainmentBoston Is the Best Sports City in the US. Here’s How To Take It In.
Tagged
Music + Nightlife Trip Planning Boston, MA, United States
What did you think of this story?
Meh
Good
Awesome