The term “Masshole” evokes different feelings depending on where you are in the United States. For the rest of the country, it evokes the loud, cocky Bostonian who won’t stop rambling about Tom Brady and probably doesn’t drive as conservatively as you’d like. For Bostonians themselves, however, “Masshole” is a term of endearment. It’s synonymous with the city’s unrivaled passion for its beloved sports teams — a passion that runs far deeper and older than the early 2000s Patriots dynasty.

Even visitors totally unaware of the city’s rampant devotion to its teams are drawn in by the dominant sporting culture. Whether it’s the ubiquitousness of Celtics and Bruins jerseys or the inability of Bostonians to talk about the 2004 Red Sox without bursting into tears, sports permeate every aspect of life in Boston. You haven’t truly experienced Boston until you’ve dived into its sports scene (if you can’t beat em, join em?). Here’s how to take in everything the country’s best sports city has to offer.

The city finally has a winning culture. 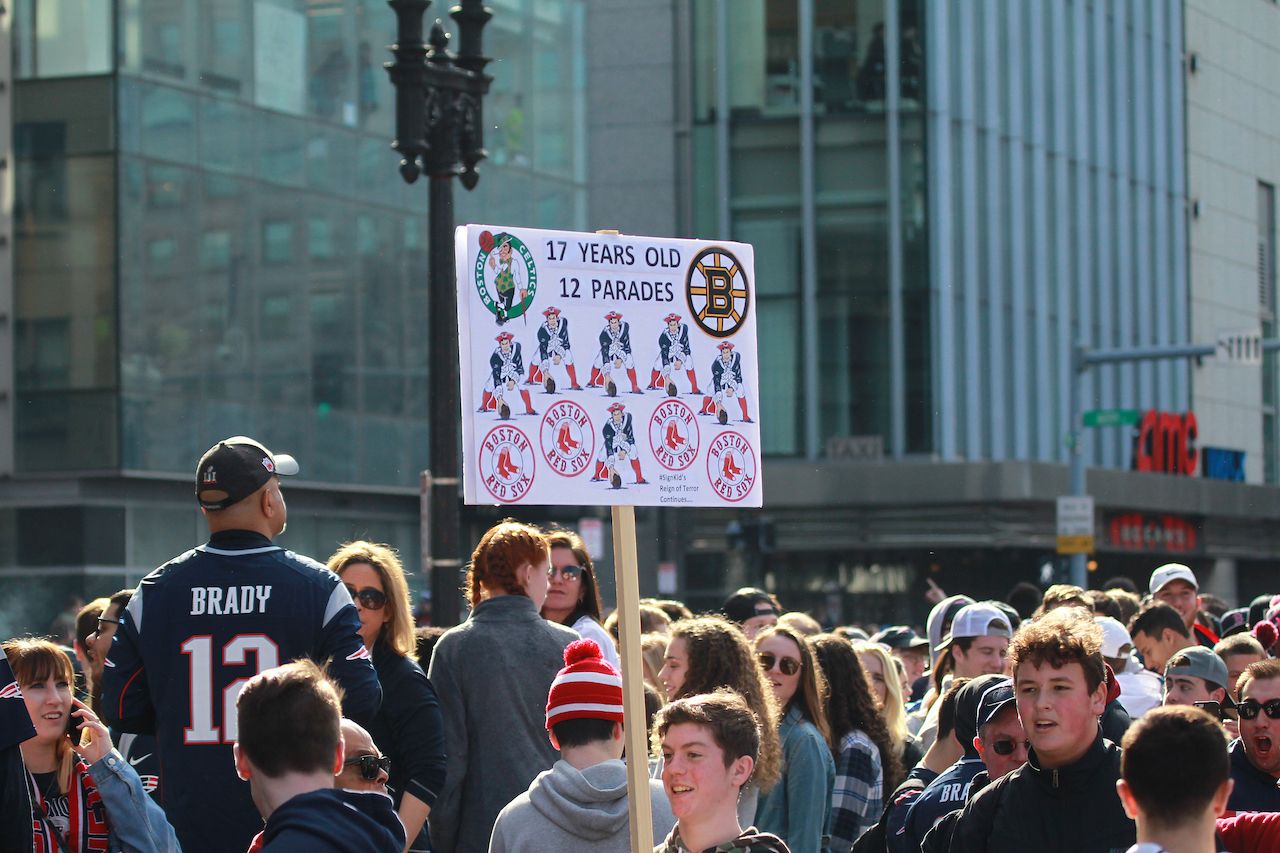 Before you can really appreciate why Boston sports fandom is as rampant as it is, you need to understand its origin. In this young millennium, Boston teams have won a total of 12 championships. Some cities wait generations just for one. For some perspective, Cleveland hadn’t won a single championship since 1964 until LeBron James brought the city an NBA championship in 2016. Boston, by contrast, has won nearly one championship per year since 2001 — six in football, four in baseball, and one each in hockey and basketball. Given this pretty staggering run of dominance, the ego inflation is pretty understandable.

Equally important to remember, however, is that this string of success is a recent phenomenon. Before the Red Sox’s legendary 2004 World Series victory, they hadn’t won a championship since 1918 (and were believed to have been cursed for letting Babe Ruth go to the Yankees). Except for the Chicago Cubs, they were the laughing stock of Major League Baseball. The Patriots may be a dynasty right now, but before 2001 they hadn’t won a single championship, and the entire team was almost shipped off to St. Louis in 1992. The Bruins and Celtics experienced similar droughts since the ‘70s and ‘80s.

Boston fans weren’t born with silver spoons in their mouths. They fully understand the heartbreak of losing, and the older ones, at least, don’t take their winning teams for granted. It is this attitude that fuels their fandom. 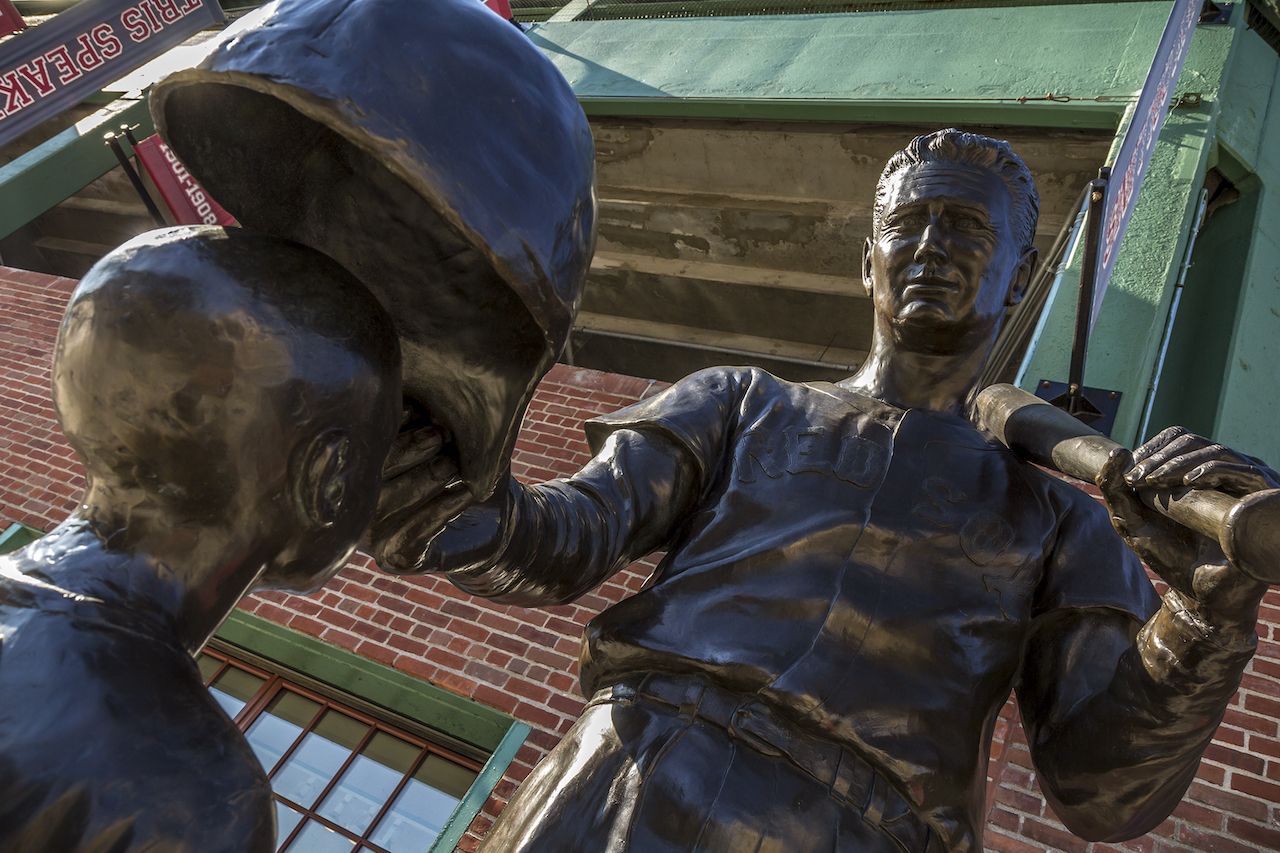 New England is known for its rich history, and its sporting tradition is no different. Each of the four major sports teams is among the first to exist in their respective leagues, meaning Boston’s sports obsession isn’t unique to this generation. Everyone’s parents, grandparents, and even great grandparents grew up rooting for the very same teams. And even more than the teams, which can sometimes feel a bit abstract to fans, their stadiums are considered sacred. Even with all its inconveniently placed poles and uncomfortable seats, Fenway Park is not only a shrine to Boston baseball but also to the sport in general. Built in 1912, it’s the oldest ballpark in the game, and you won’t have to look very hard around Lansdowne Street to find an old, drunk Bostonian eager to tell a Fenway story from his youth. 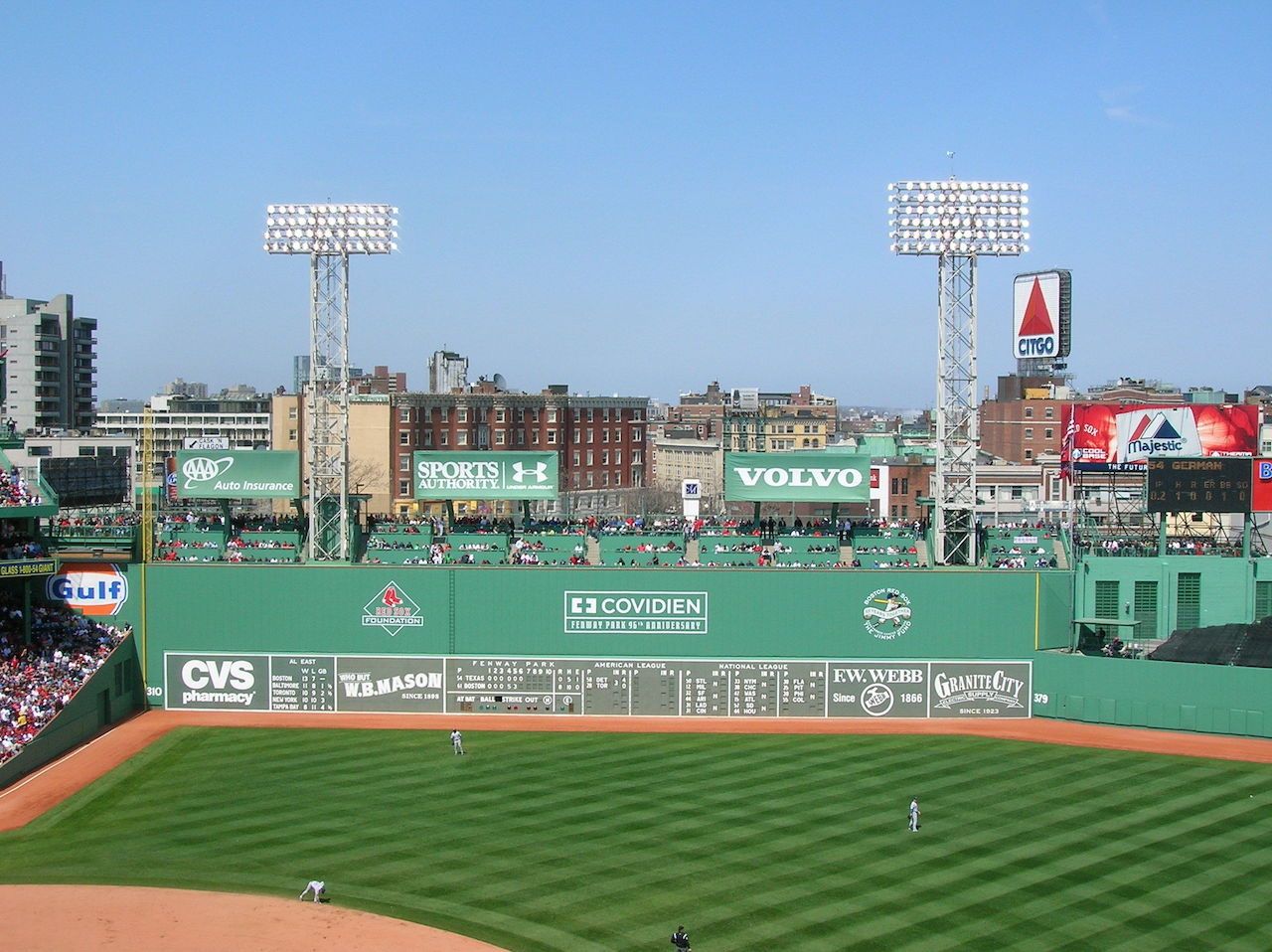 It goes without saying that the best way to experience Boston sports is to actually attend a game. Going to a game in Boston isn’t like going to a game in other cities, where stadiums are frequently half full, and most fans leave before the game is even over. Here, tickets are often sold out even for relatively meaningless, midseason games. And judging by the crowd’s energy and enthusiasm, you’ll always think it’s a game 7.

Asking a Boston fan which field to visit is like asking someone their favorite kind of pizza — they’re all great, it just depends on your preference. For the most traditional Boston fan experience, you have to visit Fenway Park. Strolling down Jersey Street (formerly Yawkey Way) alongside Fenway is a must. The scalpers, scent of ballpark food, and championship banners from the early 1900s immerse you in the Red Sox experience like nothing else. And then, of course, there’s the old stadium itself. No, it’s not as luxurious as the new Yankee Stadium, and there will almost definitely be a pillar blocking your view, but the park’s classic infrastructure — especially the iconic Green Monster — is part of its charm. 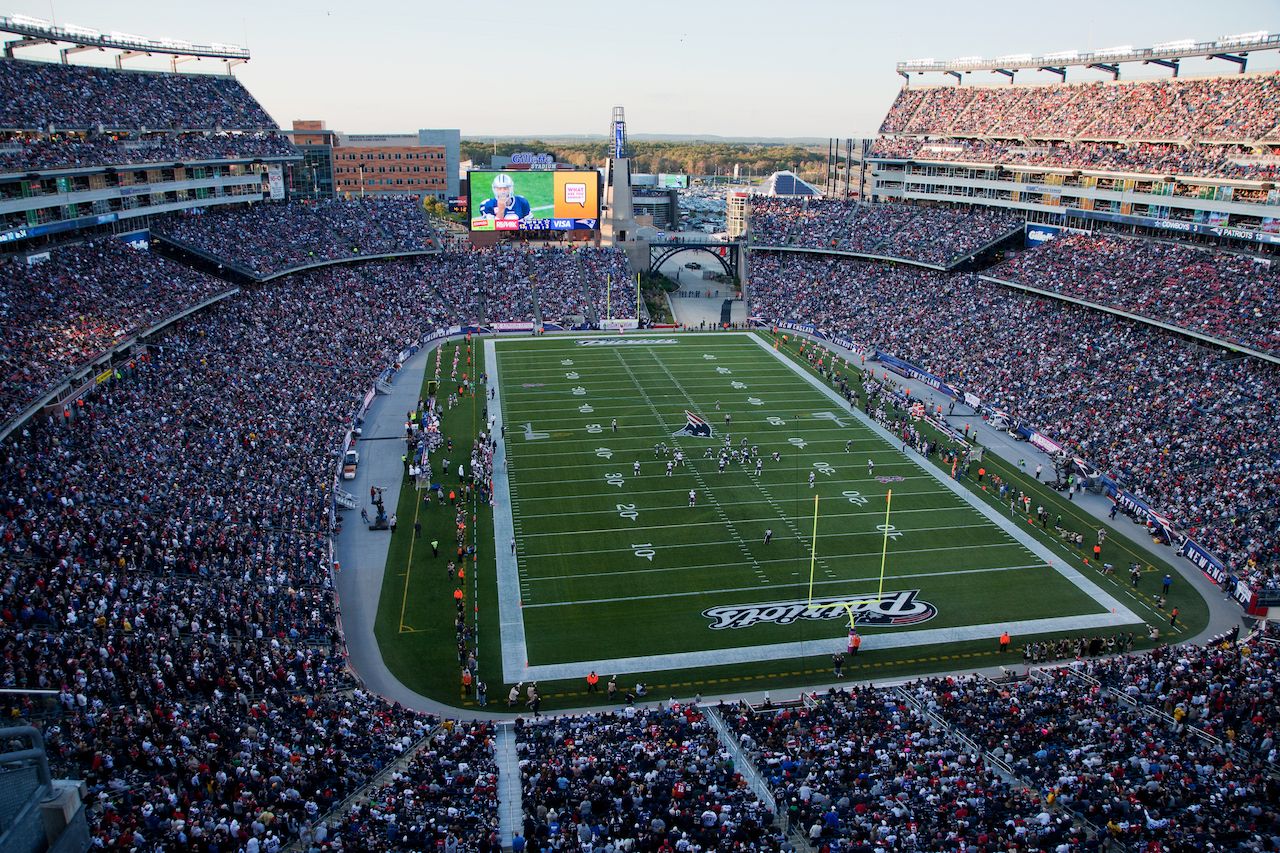 For a more modern sporting experience, check out a football game at Gillette Stadium, located a half-hour south of the city in Foxboro. Football in New England is no joke. It’s probably going to be freezing cold, but at least Gillette, built in 2002, is fitted with more modern amenities to help you get through it. Besides, you’ll probably have a pretty thick booze blanket from tailgating. Patriots fans have grown so used to winning that any points deficit is treated like the end of the world, so don’t be surprised if the place suddenly becomes very tense when the Pats fall behind by three points. Don’t worry, though. Every game has a solid chance of a dramatic, fourth-quarter Tom Brady touchdown drive that will make the rest of the country utter a collective, “Are you fucking kidding me?” 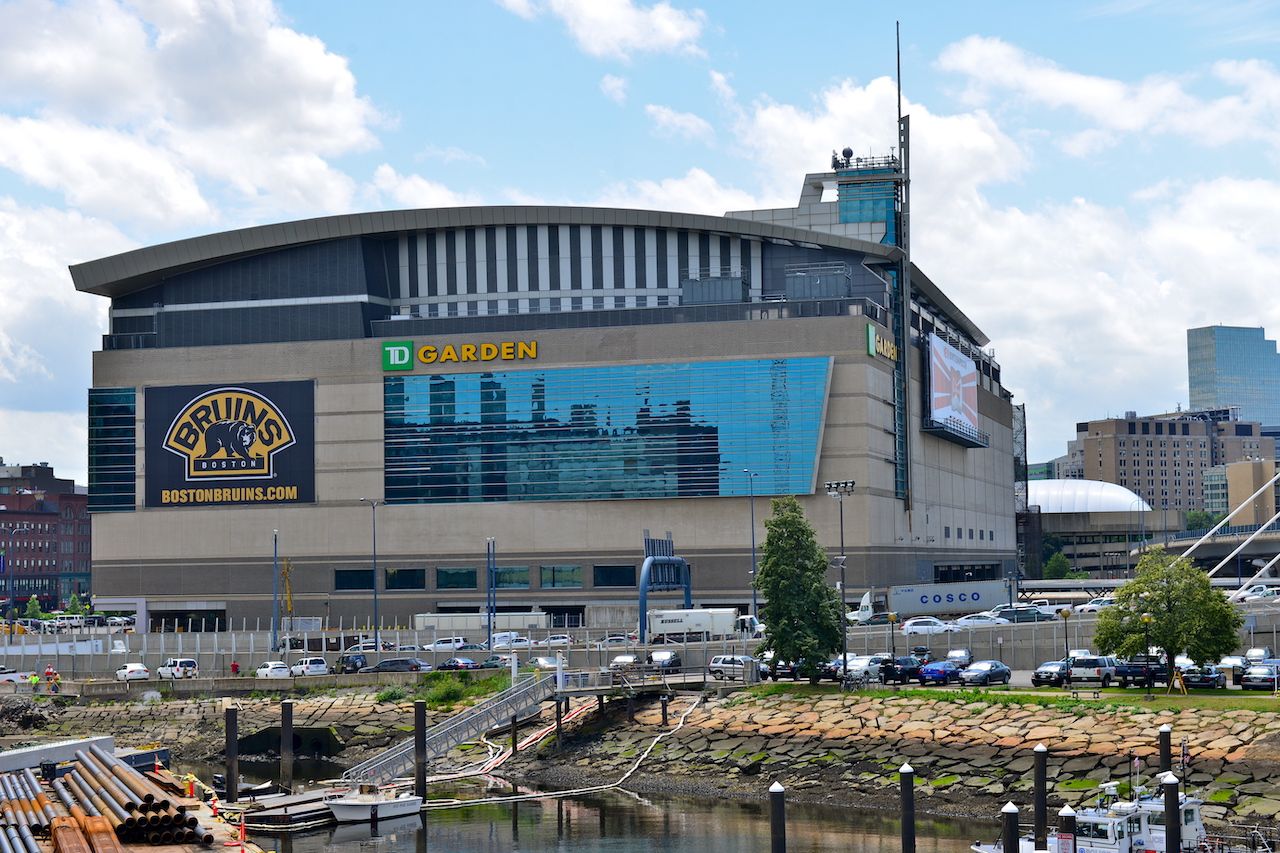 If you’re a basketball or hockey fan, you’re also in luck. The Celtics and Bruins both play in the TD Garden, which is probably the most convenient venue you can imagine. In addition to the stadium, the Garden is home to North Station, one of two primary train stations serving Boston. This means you can easily access both hockey and basketball games by public transport from pretty much anywhere in the city. 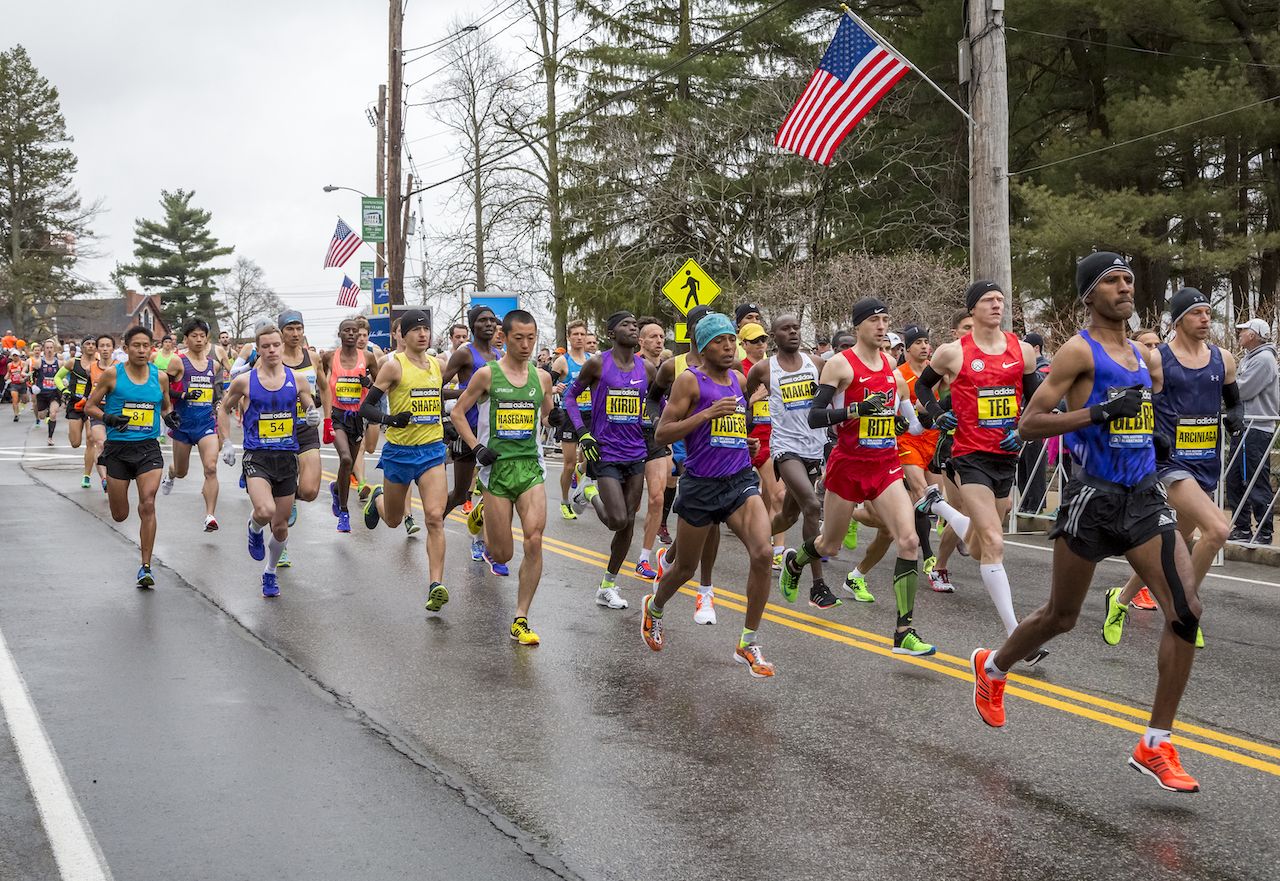 And if you happen to be in Boston around the end of April, that might actually be the best time to see some action up close. The Boston Marathon is unlike any other marathon in the country. The world’s oldest annual marathon, thousands of spectators line the streets to cheer the runners while sipping on a cold beverage.

Spend some time in the sports bars. 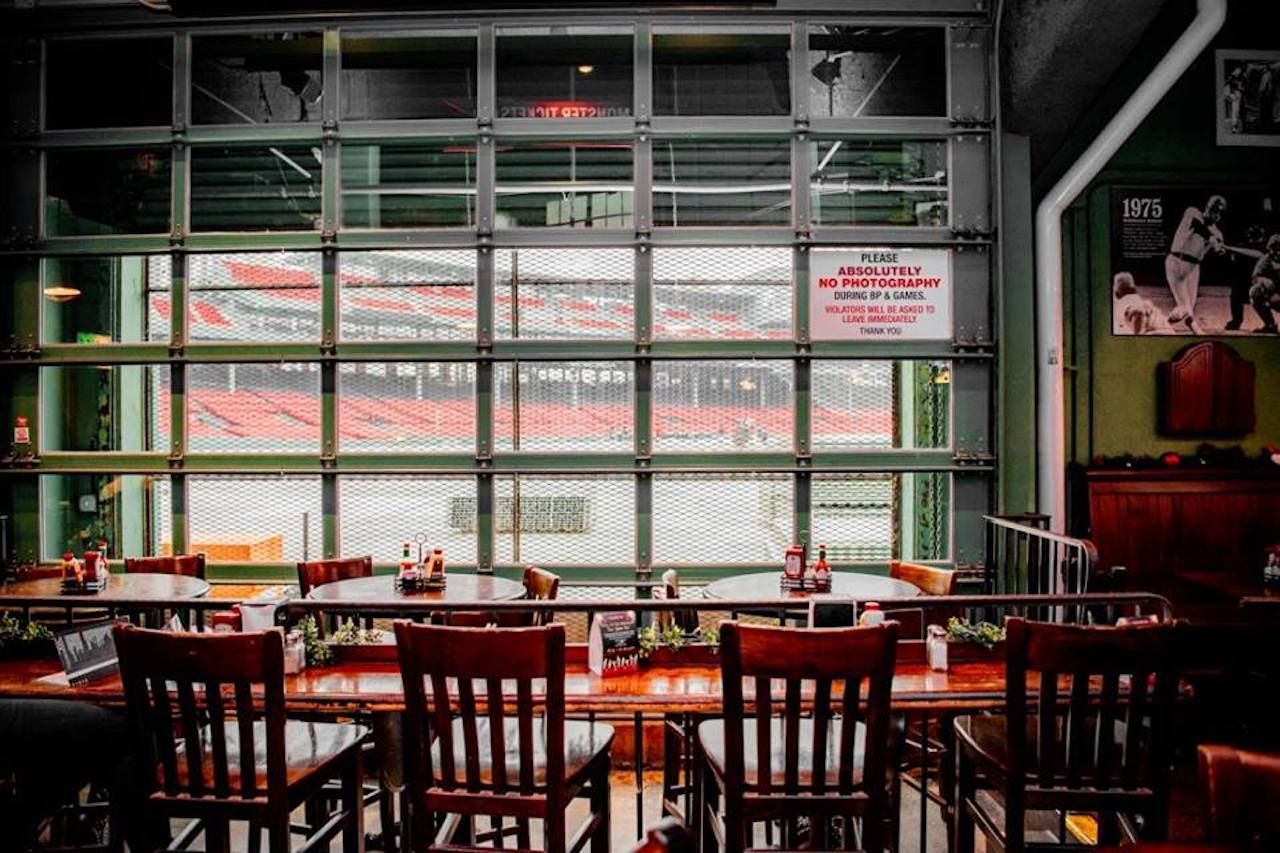 Boston’s status as a thriving sports market isn’t always a positive for fans. Ticket prices can easily equal your monthly rent payment, especially during the playoffs (which, let’s face it, is a frequent occurrence). If you still want an authentic fan experience outside the stadium, visit one of Boston’s unique sports bars. Bleacher Bar almost feels like a cheat code for Red Sox games. Located underneath the bleachers of Fenway Park, you’ll have a view of the field and — even more importantly — much more convenient access to the bar than if you were sitting in the actual bleachers. 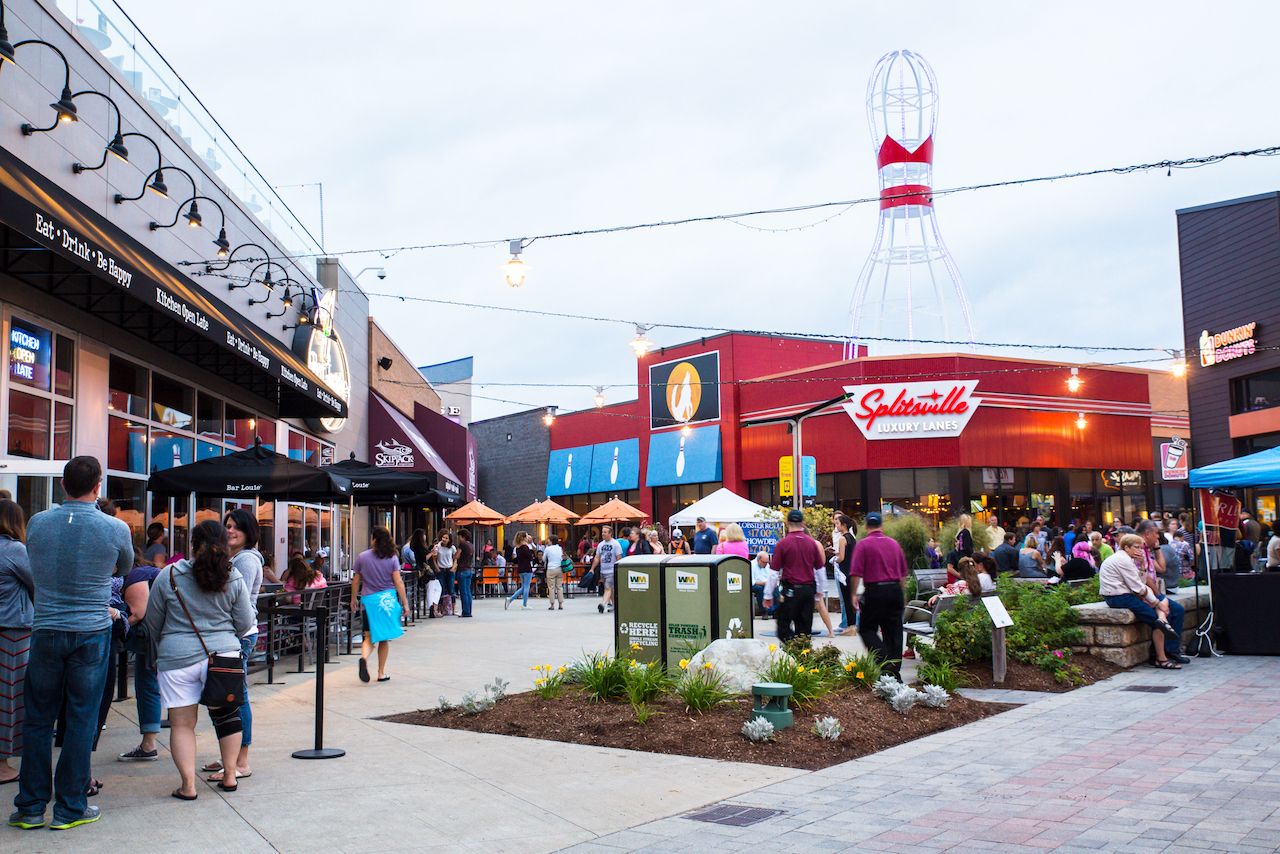 If you’re looking to drink in Foxboro while watching the Pats on some big screens, don’t be discouraged because Gillette is outside the city. The stadium is located in Patriot Place, a massive shopping and entertainment complex with dozens of bars and restaurants to choose from. Bar Louie is your best bet for watching the game while Scorpion Bar a few doors down is perfect for those looking for more city-esque nightlife.

While there are no bars inside the TD Garden, there are plenty of options just a block away. The Harp is located a stone’s throw from the Garden, and it’s known to get pretty raucous following Bruins or Celtics games. The Greatest Bar is also a Boston staple. It’s a massive bar with Boston sports memorabilia on every wall and multiple TVs for watching all the games. Just whatever you do, don’t ask to turn on a different game.

Budget Travel9 Ways To Save Money on Your Trip To Boston
Tagged
Entertainment Boston, MA, United States
What did you think of this story?
Meh
Good
Awesome