In New York City, we get every season. Our temperatures can rise past the 100-degree mark as well as drop down into the negatives. Whether it’s an extreme, or somewhere in between, you’ll face it all in NYC, but that doesn’t mean we hibernate come wintertime. Sure, you’ll need to bundle up, pack on those layers, and make sure to have warm food and drink, but some of the most fun things to do in the city can only be done in the winter. From ice skating to learning how to snowboard, here are six outdoor activities you can do during winter in NYC. 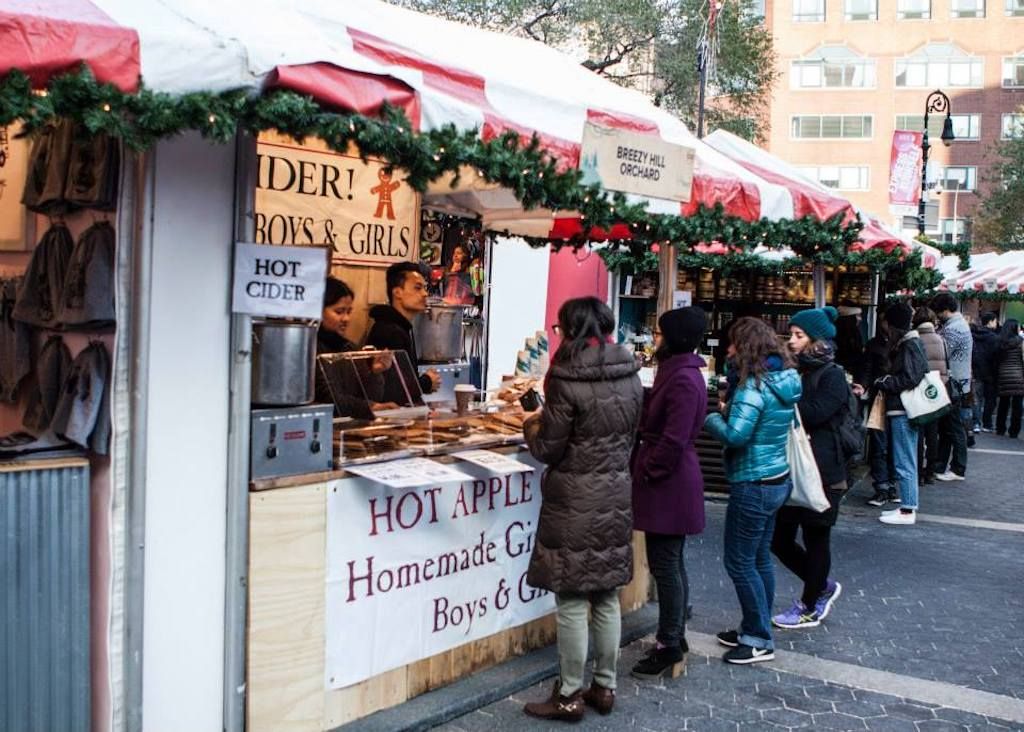 Every year, usually around the beginning of December (but sometimes mid-November), several holiday markets pop up in different parts of the city. You can find the major ones in Columbus Circle, Bryant Park, and Union Square. It may just be the magic of the holidays, but while the markets are in the center of urban areas, they feel like Christmas villages separated from the hustle and bustle of NYC. At any market, you’ll find stall upon stall of jewelry, clothing, art, handmade goods, and more, as well as cuisines from around the world. The markets are fun to walk through even if you don’t plan on buying anything, but you’ll have a hard time not finding something you absolutely want to get — whether it’s for you or a loved one. 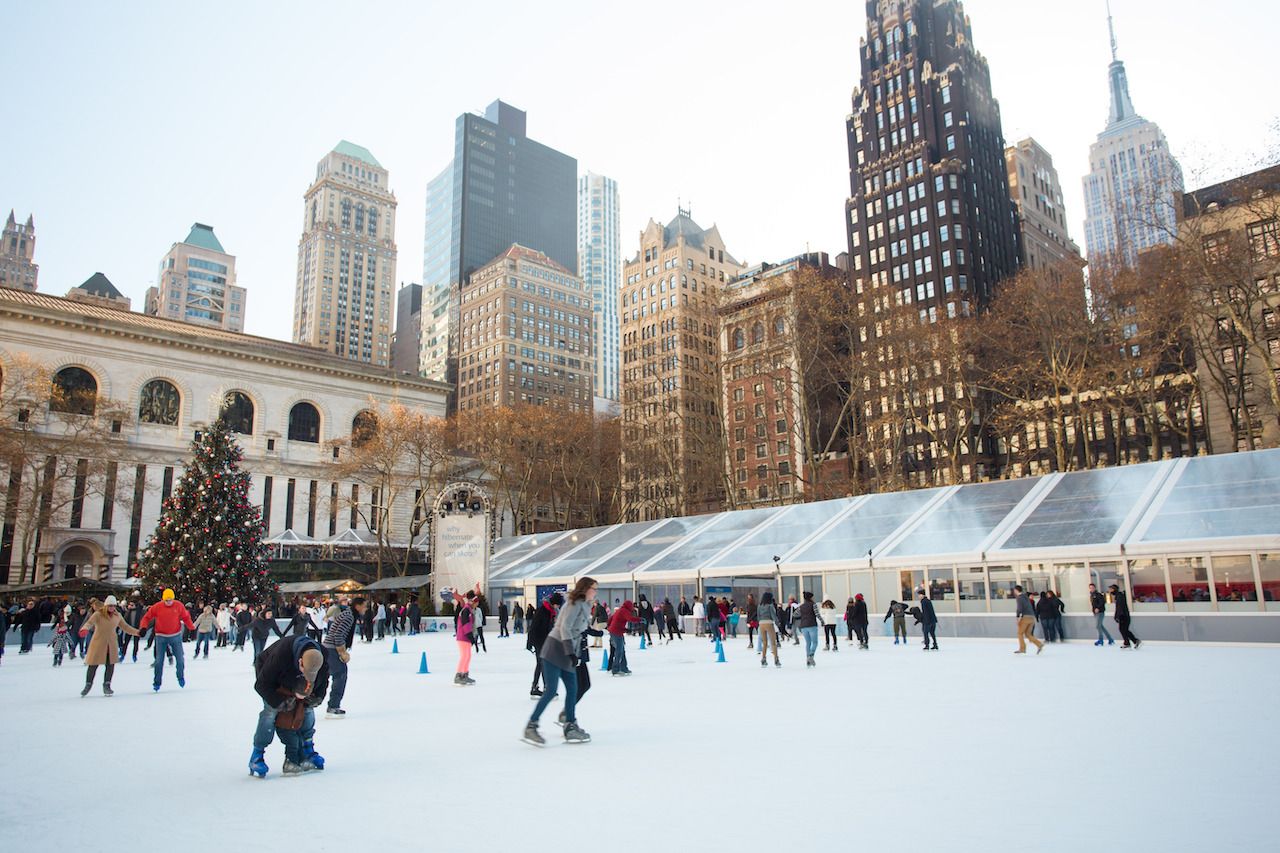 You may not want to go ice skating outside in the winter, but NYC’s outdoor ice skating rinks, where you’ll be surrounded by its unique scenery and have incredible views, should sweeten the deal. With ample rinks available all over, you can add ice skating to your day no matter where you are. There’s the rink at Bryant Park, Riverbank State Park in Hamilton Heights, and the World Ice Arena in Queens, just to name a few. Most rinks here will charge a fee to enter and for skate rentals, so be sure to account for that in your plans. 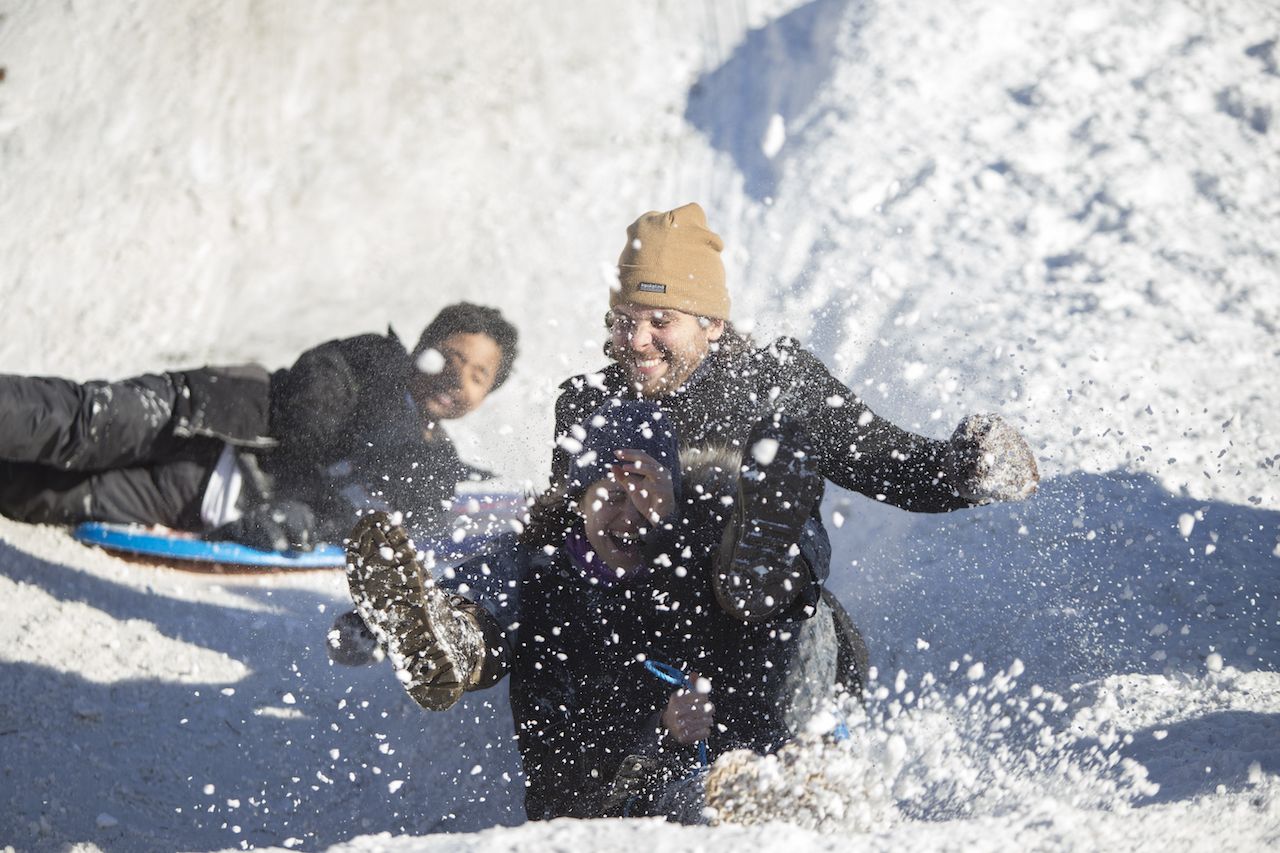 We get a lot of snow in NYC, so we make the best of what the weather throws at us by having fun with it. While the area may seem like it has a lot of flat ground, there are actually a surprising number of expansive, hilly spaces that lend themselves to being prime sledding territory. Parks will be your best bet, such as Van Cortlandt Park, Morningside Park, Inwood Hill Park, and Prospect Park. 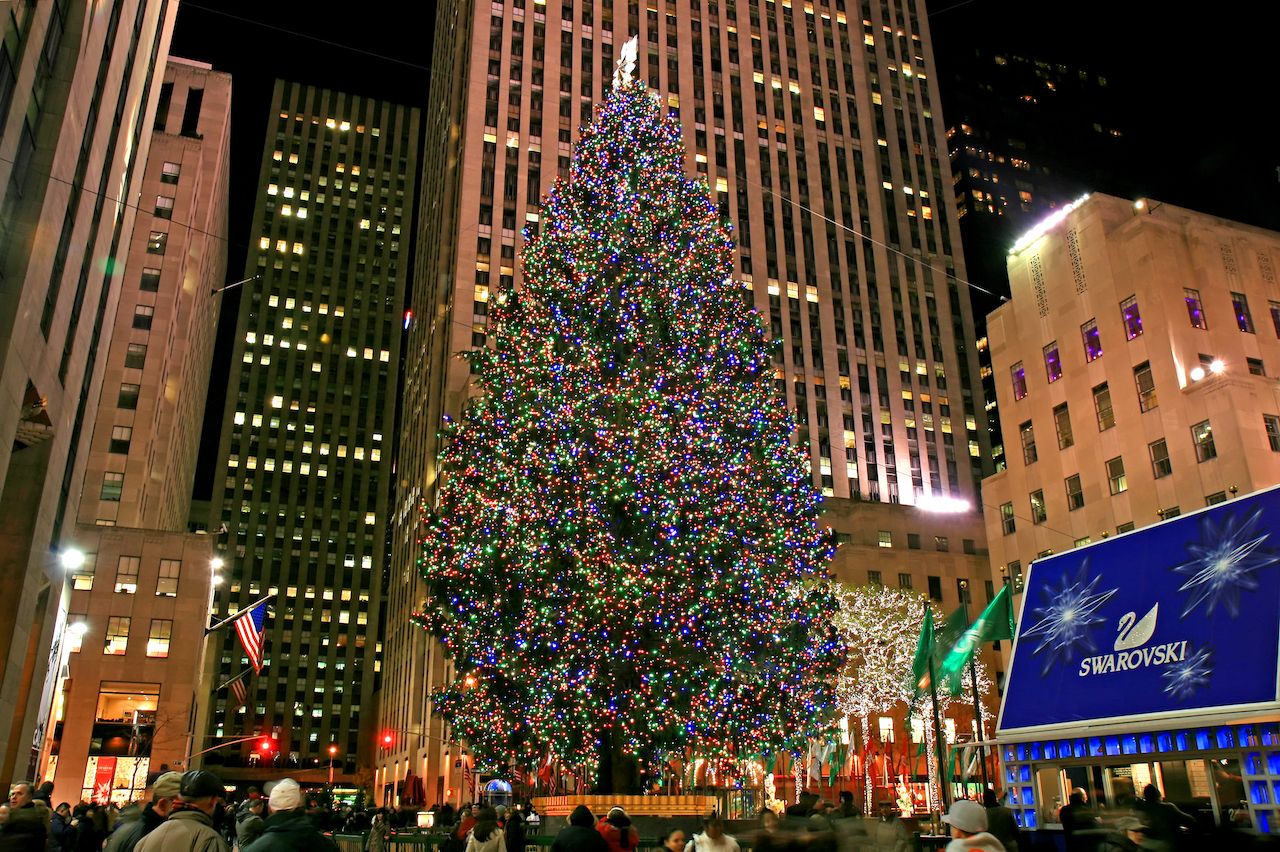 NYC is famous for many things, and tree lighting ceremonies are one of them. Most well-known is the one in Rockefeller Center, where one of the biggest Christmas trees in the world is lit up for the season (last year’s was 75 feet tall). Entry is free and on a first-come, first-served basis, though it will eventually be capped off. If you manage to nab a spot, you’ll witness performances from the Rockettes and different musical acts such as John Legend and Pentatonix, and you might even appear on TV — the event will be broadcast live on NBC. However, if you don’t want to chance not getting a spot or want to avoid the crowds, there are other ceremonies that you can attend. Bryant Park has a tree lighting ceremony that’s just as fun, and it includes a Skate-tacular, where a celebrity narrator will read an original Christmas tale that’s acted out on the park’s ice skating rink by Olympic skaters.

5. Learn how to snowboard 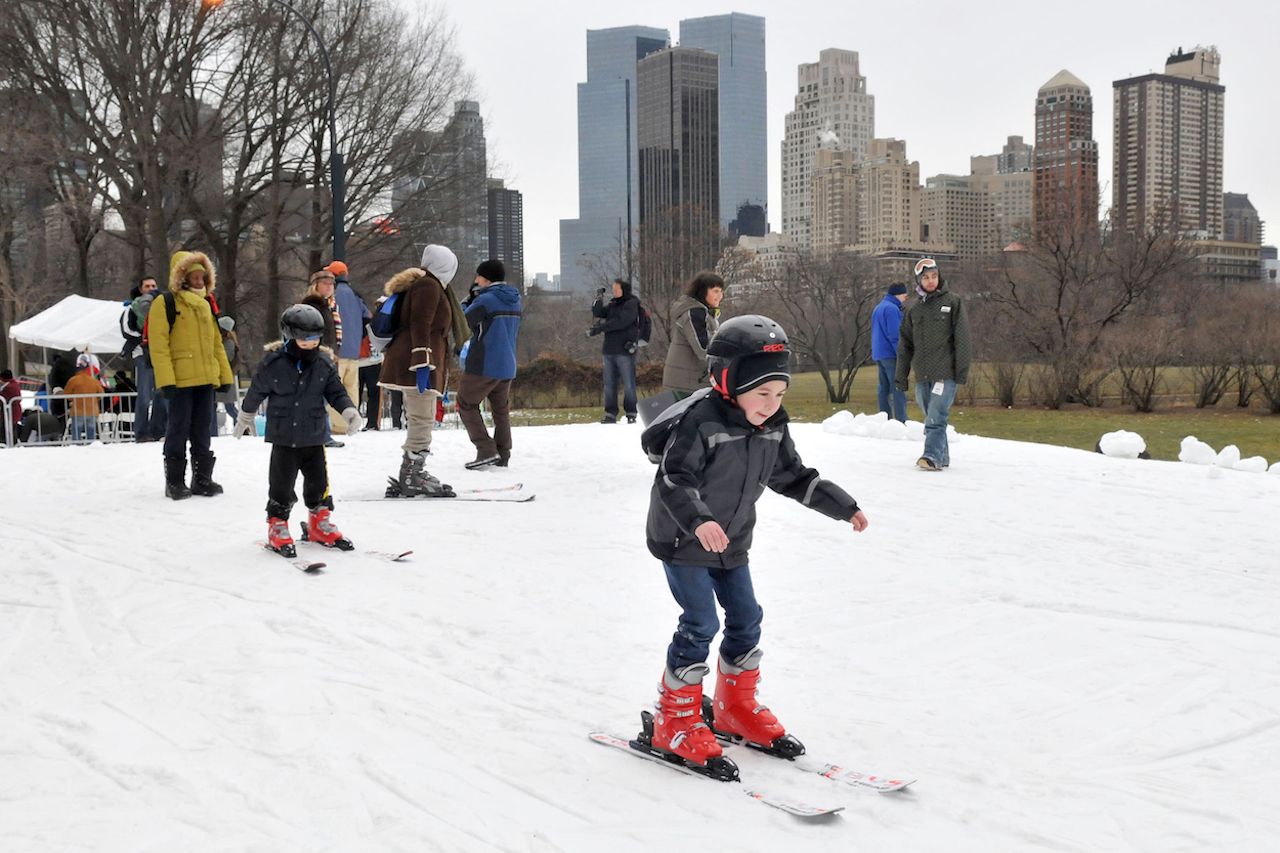 You wouldn’t think of NYC as a snowboarding or skiing destination, but every year, the Parks and Recreation department holds a Winter Jam where you can do exactly that. The free festival packs all the best winter activities — snowboarding, skiing, sledding, and eating warm food — into one day-long event in the middle of Central Park. You won’t exactly be shredding snow on black diamond slopes, but you can either learn the basics with an instructor or practice for fun.

6. Walking through the park in the snow 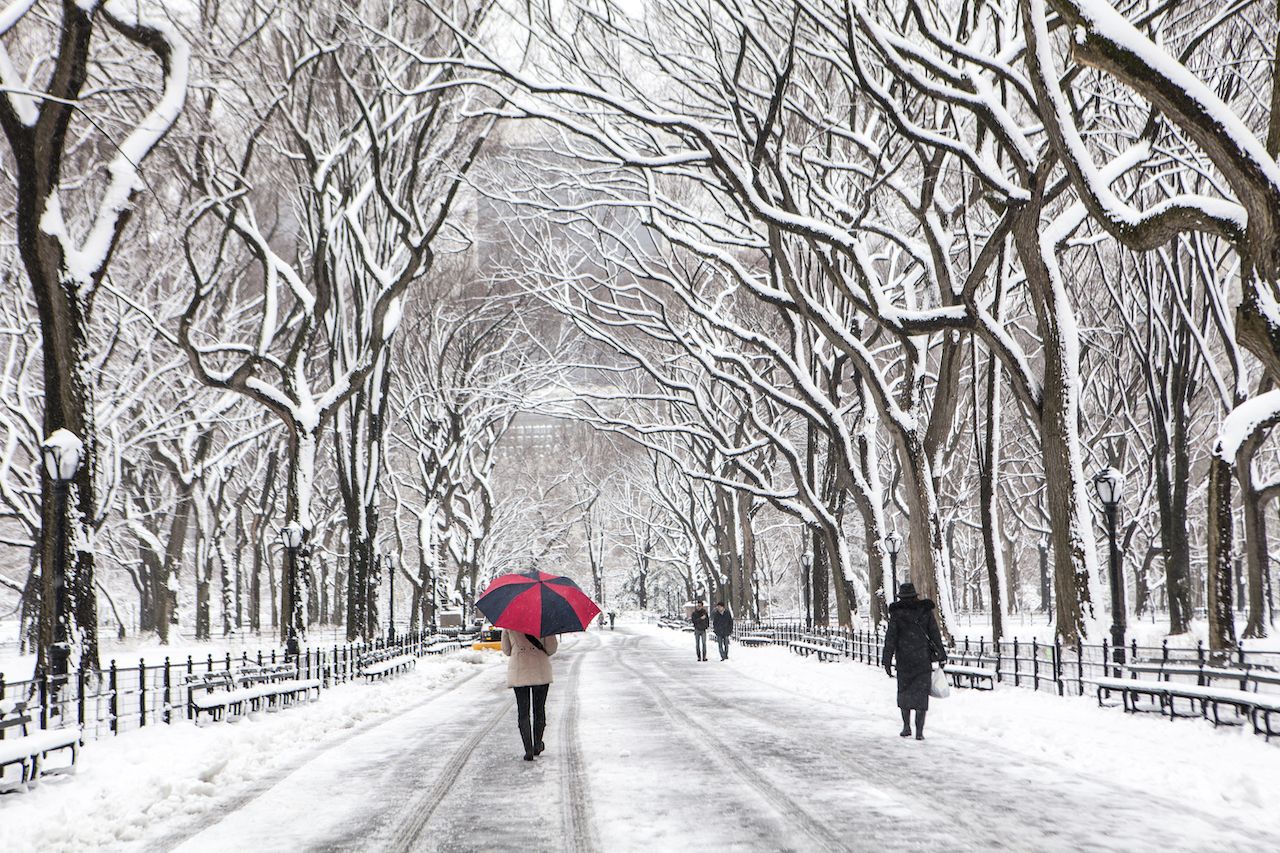 Walking through a park is an activity so simple that it may escape the minds of most, but in winter in NYC, when the white snow has blanketed all of the greenery and structures, it’s one of the things that should be at the top of everyone’s list. There’s an abundance of parks in the five boroughs so you can’t go wrong no matter which one you choose, but Central Park in Manhattan, Van Cortlandt in the Bronx, and Fort Greene Park in Brooklyn are especially magical. Bonus, because they’re all so large and spacious, you can have snowball fights galore.