While staying in hotels like the St. Regis or a Marriott during your trip to New York City are perfectly fine, there are a ton of businesses that lend themselves to the city’s urban and trendy vibe. Hotels are no exception, and there’s a growing number of boutique hotels being designed in the image of what visitors expect New York to be like — stylish, cool, and in the know. Here’s our list of the eight best boutique hotels in NYC. 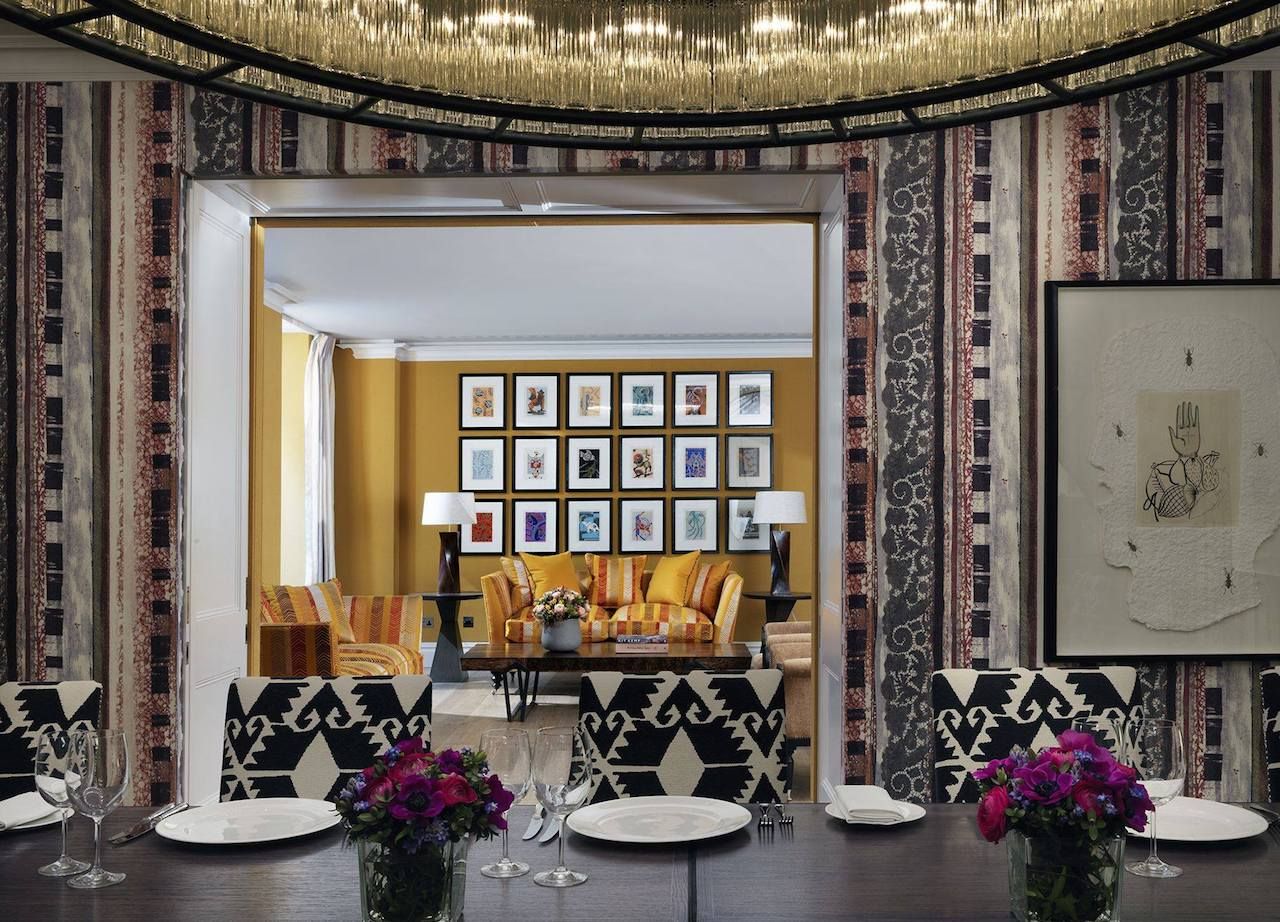 England and America come together once again at the Crosby Street Hotel. The brown and red bricks decorating its exterior are reminiscent of the iconic townhouses along Central London streets, and the number of floor-to-ceiling glass windows fit in perfectly with the trendy SoHo neighborhood. Inside, there are 11 floors with a total of 86 bedrooms and suites for guests. No two rooms here are alike because each room has been outfitted with its own unique, chic style by interior designer Kit Kemp. Guests can expect in-suite check-in, unpacking and packing services, fresh flowers in their rooms, a welcome gift, and minibars, as well as complimentary WiFi, newspapers, and shoeshine services. In addition to cozying up in one of the coolest rooms you can imagine, there’s the Crosby Bar for drinks, a gym, private garden, guest drawing room, and event and meeting rooms. There’s also a screening room with 99 seats, so you might even catch sight of celebrities attending a private film screening or event. 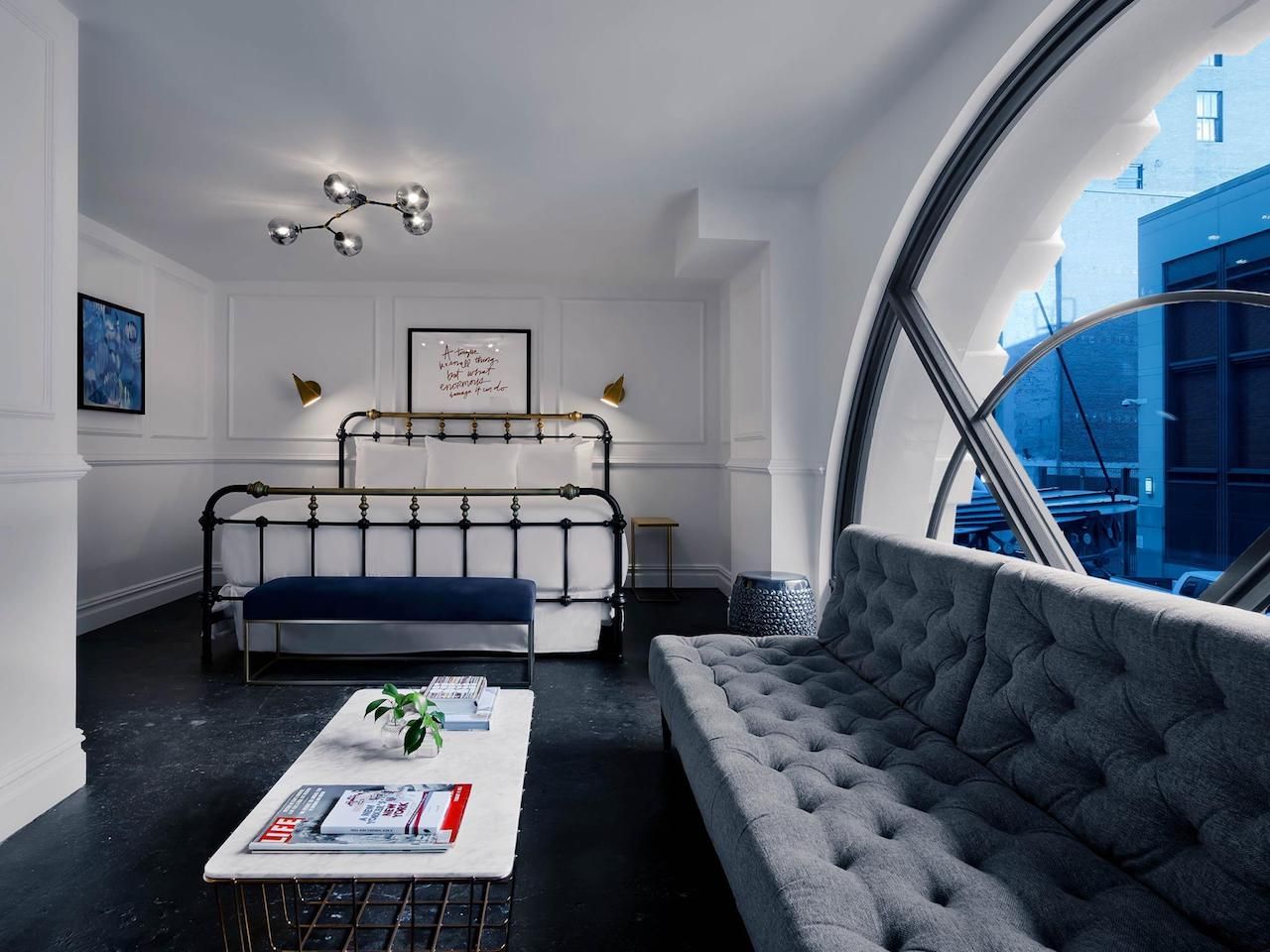 Once the headquarters of American magazine Life, this building’s now turned from journalism to the hospitality industry. You, too, can now walk the hallways that were once roamed by famous writers like Norman Rockwell. Continue the nostalgia trip by sleeping in beds with metal frames, but bring yourself into the present by admiring the modern amenities used to balance it out. Decor inspired by years past, like gilded furniture, provide a nice contrast to the modern granite tabletops and subway-tiled walls. Room amenities are standard, like complimentary WiFi, bathrobes, slippers, and blackout blinds, but the TVs all now come with Chromecast — so you can stream from your devices and not have to strain your eyes to catch that episode you missed the other night. For a night out not too far from the hotel, head down under it where the historic Gibson & Luce speakeasy will serve you up some interesting cocktails. It’s named after former editor Charles Gibson and publisher Henry Luce and is rumored to have been a secret place for staff members to blow off steam. 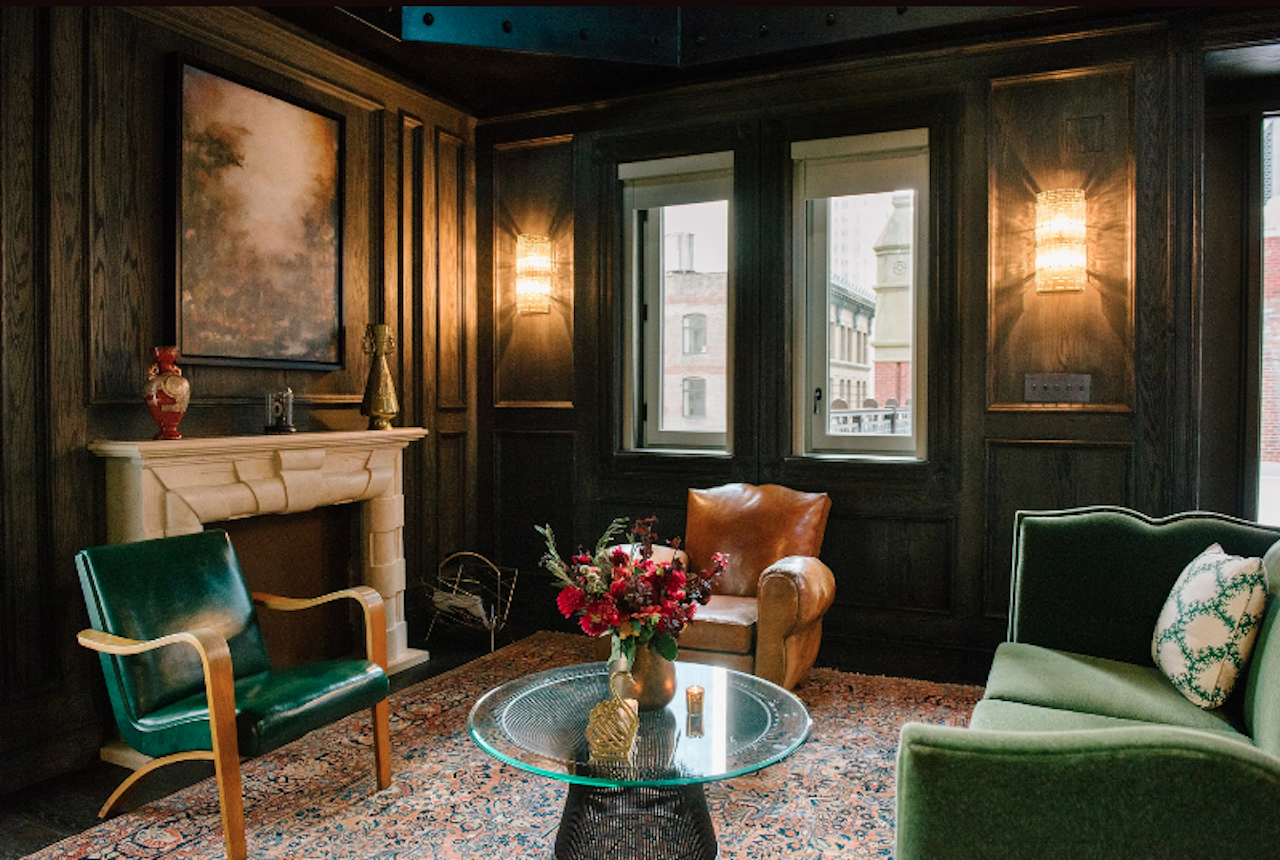 There’s something special about the Beekman, where the Victorian era meets Wes Anderson’s Grand Budapest Hotel aesthetic. It could be its sense of timelessness or the modernity to it — or it could be both mixed together. Guests staying at this hotel in the Financial District will find themselves transported to a different, more glamorous era. It’s housed in a landmark building that was constructed in the 19th century, and prior to that, the site saw New York City’s first performance of Shakespeare’s Hamlet in 1761 and the publishing of Edgar Allan Poe’s newspaper, the Broadway Journal. Today, the Beekman is a nine-story Victorian masterpiece with small vintage pieces sprinkled throughout, all centered around a soaring, glass skylight. There are 287 guest rooms, all with high ceilings, leather headboards, and antique furnishings. For dining, there’s the Tom Colicchio-helmed Temple Court and Keith McNally’s Augustine; for drinking, guests can frequent The Bar Room or The Alley Cat. 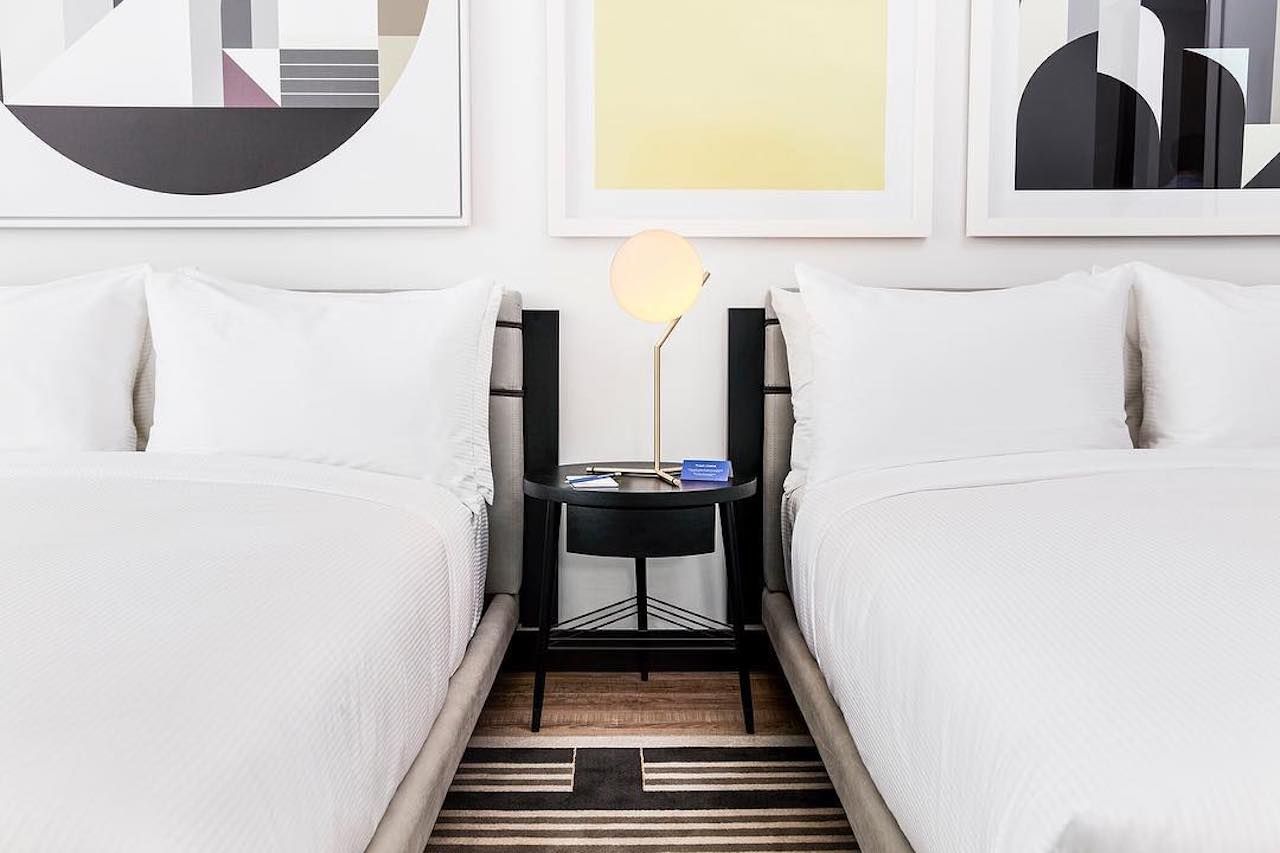 If you want to stay as close as possible to Manhattan without actually being in it, or dealing with the thousands of other tourists staying there, then head over to the William Vale. Located in Greenpoint, the modern-luxe hotel has 183 rooms, with many boasting amazing views of the Manhattan skyline. Besides floor-to-ceiling windows and open-air balconies, all rooms have glass-enclosed rainfall showers and contemporary furniture. Watch the sunset over the Empire State Building from the comfort of your bed, or head outside to the 60-foot pool with daybeds, cabanas, and pergolas to see the action outdoors. The Vale’s pool is part of the Vale Terrace, a 5,000-square-foot open airspace, so if you don’t want to get wet or tan, there’s always lounging about by some flowers. Two time James Beard award winner Andrew Carmellini heads the food scene at the Vale, so your taste buds will be getting as much of treat as the rest of you. 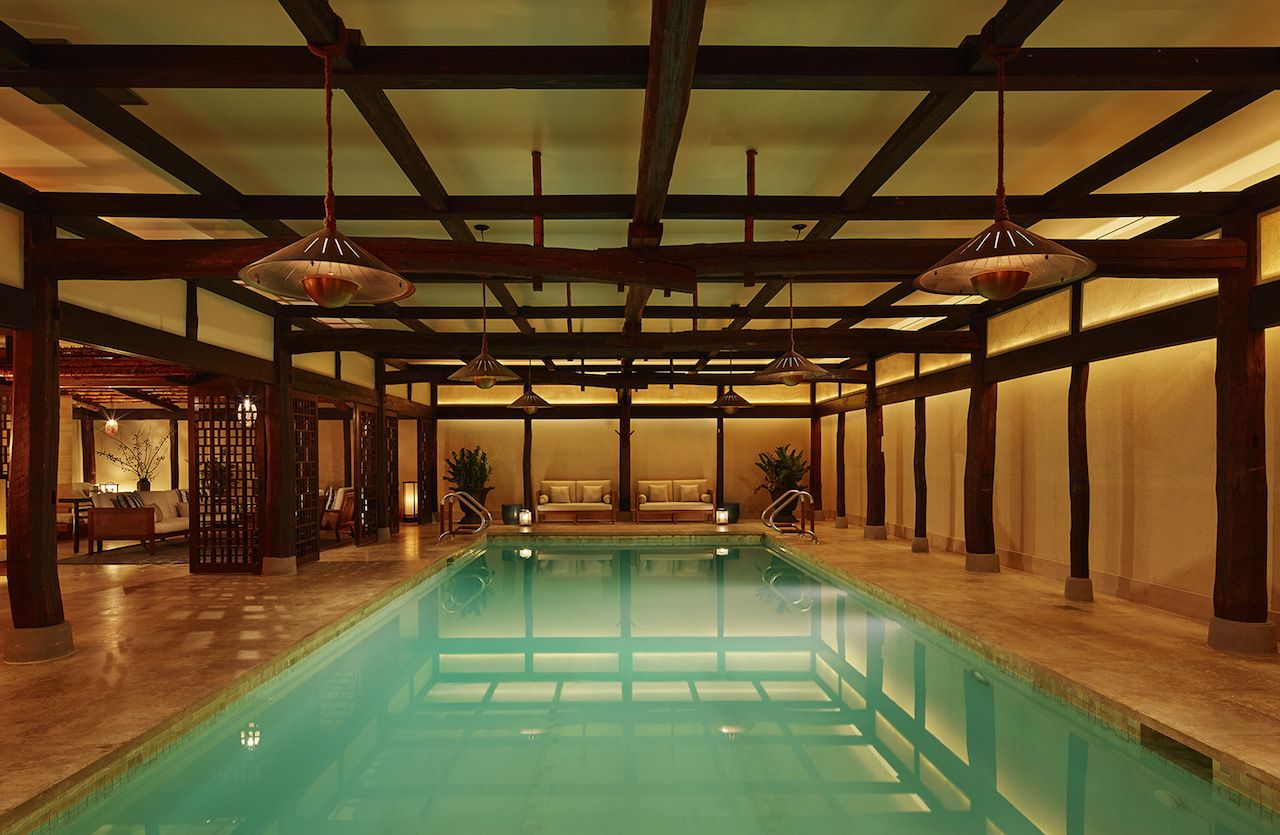 Partly owned by famed actor Robert DeNiro, this five-star boutique hotel oozes rustic charm. It’s located in Lower Manhattan, right by Battery Park, so you have access to a number of neighborhoods like Chinatown and Little Italy, as well as attractions like the World Trade Center. Despite all the hubbub going on around it, the Greenwich Hotel is a quiet oasis where you can indulge and relax without too much of a bother. There’s an underground pool and Shibui Spa, designed with eastern influences. Wood-beamed ceilings, exposed brick, and leather seating are met with shoji-style panels, room dividers, and bamboo roofs. If that somehow isn’t enough to make you feel at ease, spend some time in the peaceful courtyard garden, reserved for guests only. 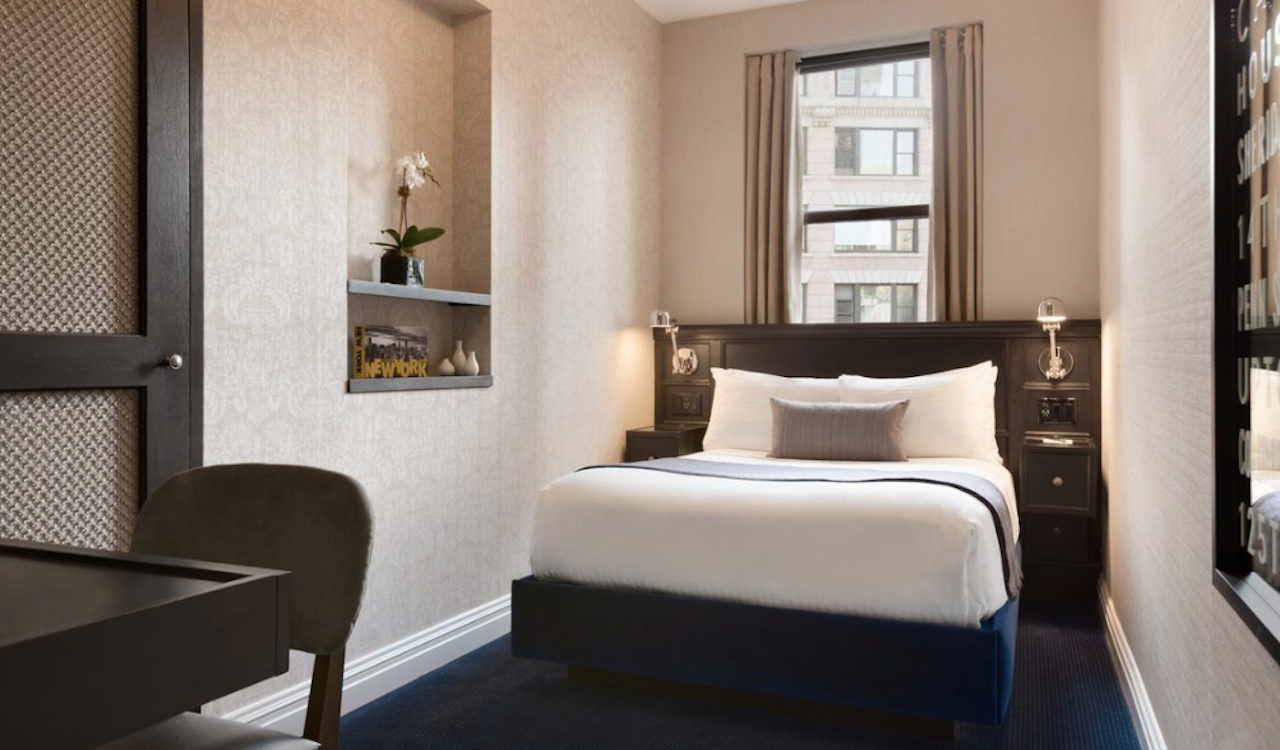 The Frederick Hotel is housed in a historic building found in Tribeca. Several rumors circulate about its probable patrons, like former US President Abraham Lincoln having slept there in the 1850s. It’s comprised of 130 guest rooms, but what’s even cooler than the minimalist decor is the three-story Italian restaurant, Serafina, on the hotel’s ground floor. We recommend the penne stolichnaya or the alla burrata pizza. 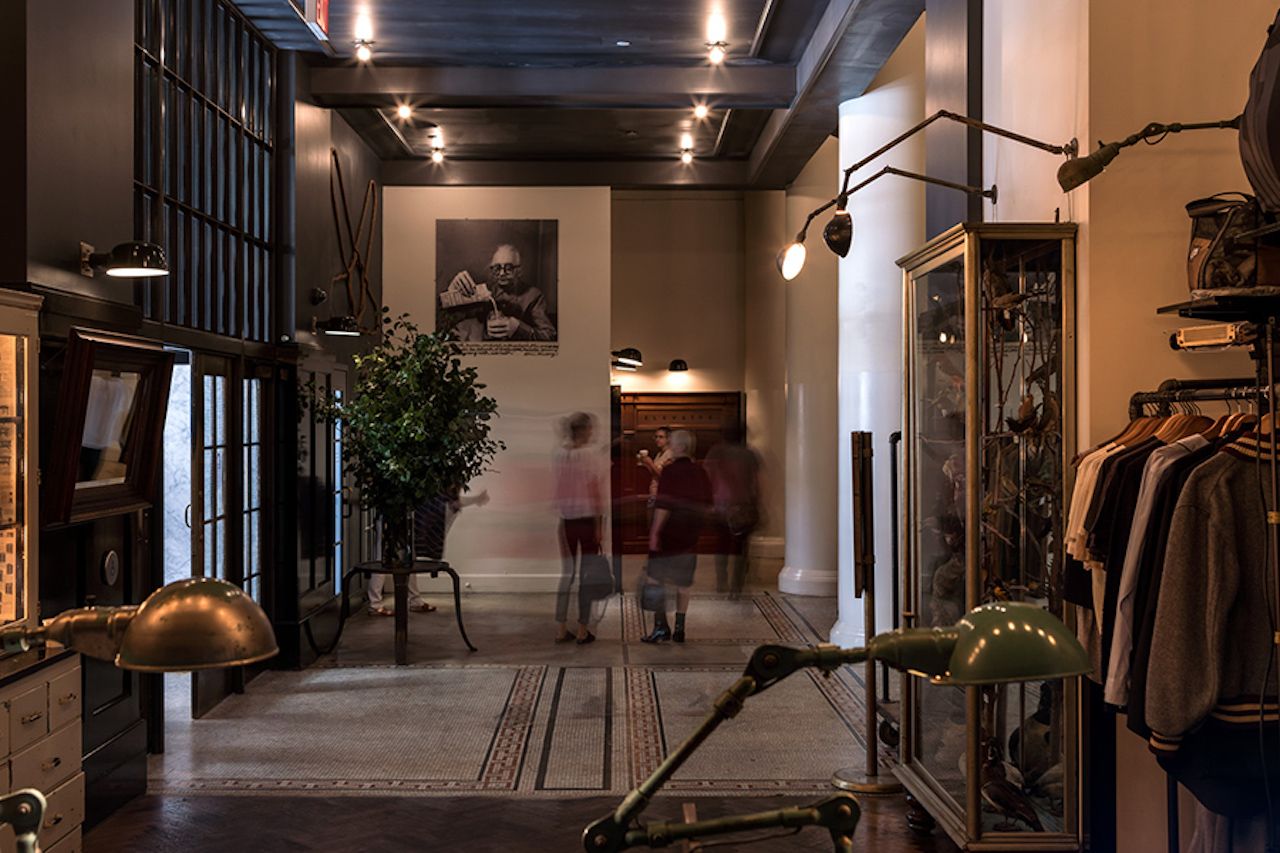 Right in the heart of Midtown, the Ace Hotel is a haven for hipsters and artsy types alike, so rubbing elbows with musicians, artists, and startup moguls is commonplace. The lobby is full of art from local artists, and room sizes range from bunk beds to minis, small to medium, and large to loft suites. All guest rooms (including the lobby) have art from local artists, private bathrooms, free high-speed WiFi, fully stocked mini-bars, and mini-fridges. As rooms go up in size, they’ll also include desks, bookcases with reading material to peruse, and instruments like guitars if you’re feeling a little musical. The hotel also offers workspaces, such as gallery spaces and showrooms, to get those creative juices flowing. 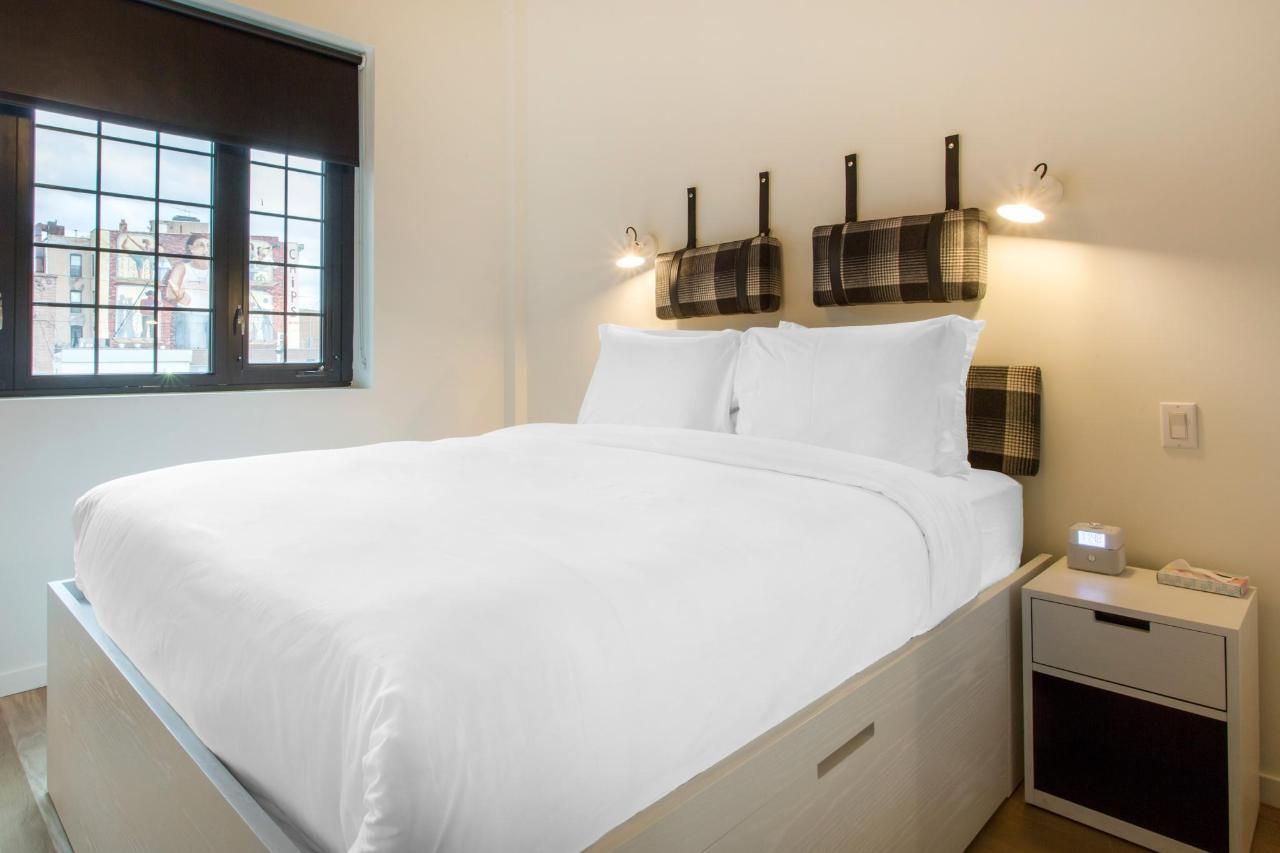 A true sense of American industrialism can be found at the Gowanus Inn & Yard, where guests have comfort and function. White walls are contrasted by splashes of color with red armchairs, blue sofas, brick flooring, and darkly colored steel beams on the ceilings. It fits right in with the other industrial buildings in the area — storage depots and the like — but you do have easy access to other Brooklyn neighborhoods. It also has a bar, terrace, and sunken courtyard.