The American understanding of what a pickle can accomplish is woefully inadequate. Don’t get me wrong, pickles in the US are delicious, mildly salty, satisfyingly crunchy, and refreshing spears that pair perfectly with hot dogs and cold cut sandwiches, but people in the US hardly value the versatility of the pickle. To understand just how flavorful and multifaceted a pickle can be, we have to look to Indonesia, China, India, and Vietnam — the entire region in fact — where pickles are a dietary staple.

First of all, pickles are not just cucumbers. Pickles, pan-Asian cuisine tells us, can be papaya, mango, mushrooms, daikon, limes, cabbage, or eggplant. And while people in some countries, like Japan, keep their pickling methods simple — often massaging a salt brine into vegetables like cucumber, resulting in a crisp, palate-reviving bite — most other countries, especially those in Southeast Asia, rely on complex layers of flavors to season their pickles.

“Pickles, whether they’re fermented in vinegar or a salt brine, add so much flavor and texture to a meal,” says Patricia Tanumihardja, author of Asian Pickles at Home, a collection of recipes for pickled sides and condiments from across Asia.

Tanumihardja, who’s Indonesian and Chinese, grew up eating pickles with nearly all of her meals. Her mother paired mie goreng (Indonesian spicy fried noodles) with pickled cucumber, carrot, and cauliflower; the “extra crunch” pairs perfectly with the soft noodles. She’d sometimes cook the pickles, too, adding pickled mustard cabbage and pickled plums to a chicken and pork soup alongside fresh tomatoes. The complex flavor profile, Tanumihardja says, is “sweet, tangy, salty, savory, all at the same time.”

In the course of her research, Tanumihardja found that pickled vegetables and condiments are a staple at the grocery store and the dinner table across Asia. But that’s where the similarities end. In Malaysia and Indonesia, for instance, pickles are seasoned with palm sugar, lime juice, shallots, and red chilies. But in India, the most common seasonings are turmeric, cardamom, and cumin. Japanese people prefer a minimalist rice bran pickle, whereas in India, the pickled vegetables are preserved in spicy oil.

The richness of these flavors lends itself to so much more than the humble American pickle, which finds itself mostly accompanying sandwiches. In Vietnam, pickles are served with soup, while in Japan a specific type of pickle called gari is served as a palate cleanser with sushi.

Tanumihardja, who keeps at least three jars of pickled vegetables in her fridge at all times, often mixes a grain, like farro, quinoa, or rice, with a fried egg and tops the dish with pickles — similar to bibimbap. She encourages people who are new to pickling to be “a little bit adventurous,” because pickling is a “worthwhile investment.”

These pickles might look different than those we’re used to in the West, but with a cornucopia of possibilities for spice, zest, and sweetness, exploring pickling techniques from across the continent should be a no brainer. Here are five ways to pickle vegetables inspired by recipes from across Asia. 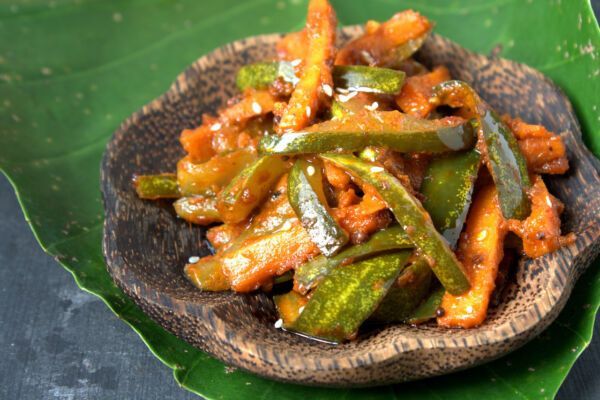 In Malaysia, pickles are known as acar and typically served as a condiment or a side dish for grilled fish or fried rice. Malaysian acar recipes like acar nenas dan tumin combine two of the country’s favorite pickling ingredients: cucumber and pineapple. Another version, called acar awak, especially popular among the Nyonya people, mixes cabbage, carrots, long beans, and peanuts in a pickled sauce made from tamarind juice, and then it’s all heated up with Malaysian paste. 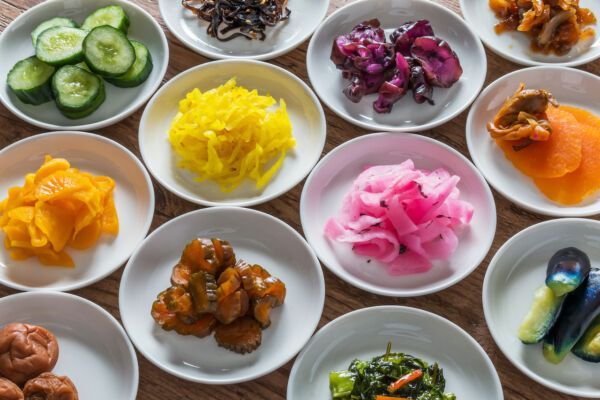 In Japan, tart and tangy pickled vegetables are called tsukemono. According to the Japanese recipe blog Just One Cookbook, tsukemono are served to “refresh the palate and provide refreshment to counter the heaviness of rich foods.” Often, Japanese pickling methods are simple and usually call for vegetables like cucumbers or daikon to be soaked in either a salt brine or rice bran. Shoyuzuke refers to the specific method of pickling vegetables in soy sauce; shoyuzuke​ recipes often add heat and spice with garlic and red chili peppers. 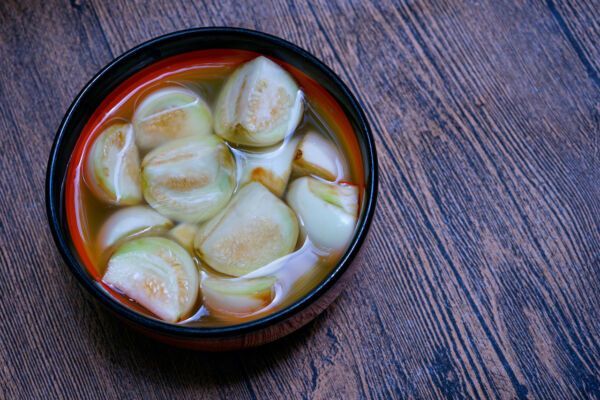 Pickled whole golf-ball sized eggplants (also sometimes known as Kermit eggplants) are one of the most popular pickled snacks in Vietnam and come in many varieties — mắm cà phá, for instance, refers to eggplant fermented in fish sauce. The salty, crunchy eggplants are jarred and sold at grocery stores. Sometimes served as a condiment or side for steamed rice, pickled eggplant is also a common accompaniment to the many soups that define Vietnamese cuisine. 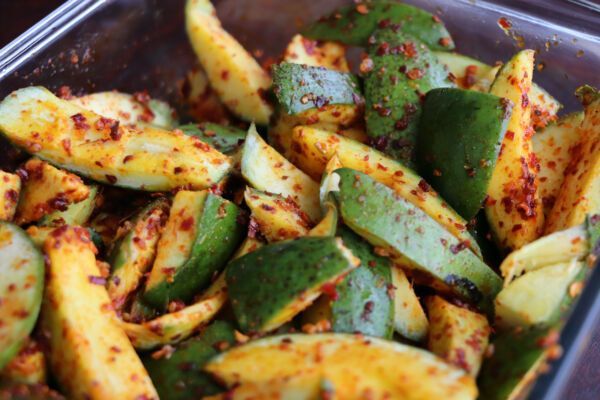 The most distinctive characteristic of Indian pickles is that they’re fermented in oil to preserve the vegetables and prevent fungal growth. Naranga achar are spicy pickled limes, a common accompaniment to lentil curries and rice, or with paratha (Indian flatbread). Achar, which often contains pickled mangoes, also stands out because it doesn’t back down on heat. It’s often seasoned with spices that don’t appear in other Asian pickle recipes, like turmeric powder, mustard, and fenugreek seed. 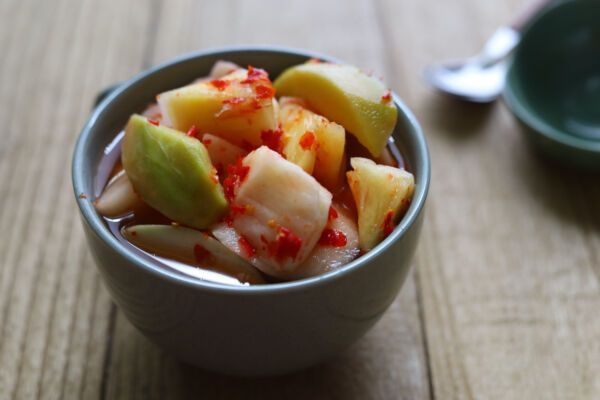 The Javanese palate is attuned to sweetness, and this pickled fruit salad is a perfect mixture of salty tang, sweet, and sour. Brined in a mixture of vinegar, salt, and palm sugar, asinan buah usually includes some combination of cucumber, mango, jicama, and pineapple. Unlike many other pickles on this list, asinan buah is served as a snack on its own, rather than a condiment, but it’s also the perfect side dish for grilled meat. It’s especially popular in Bogor, a city in West Java, where you’ll find it at restaurants and at street vendors.

Food + Drink10 of the Most Pungent, Salty, and Tangy Fermented Foods From Around the World
Tagged
Food + Drink
What did you think of this story?
Meh
Good
Awesome