The well-trodden western coast of the northern Scottish Highlands is a common road trip destination for visitors to the United Kingdom. But to escape the crowds flocking to the Isle of Skye, head to the east and north, where far fewer visitors venture and you can actually enjoy a bit of peace and quiet at the top of Britain. These five spots along the North Coast 500 route will make for an unforgettable road trip, that can be easily extended even further west should you want to continue the journey. You may even have the winding roads to yourself along the way, except for the occasional flock of sheep crossing the road.

The fairytale castle of Dunrobin 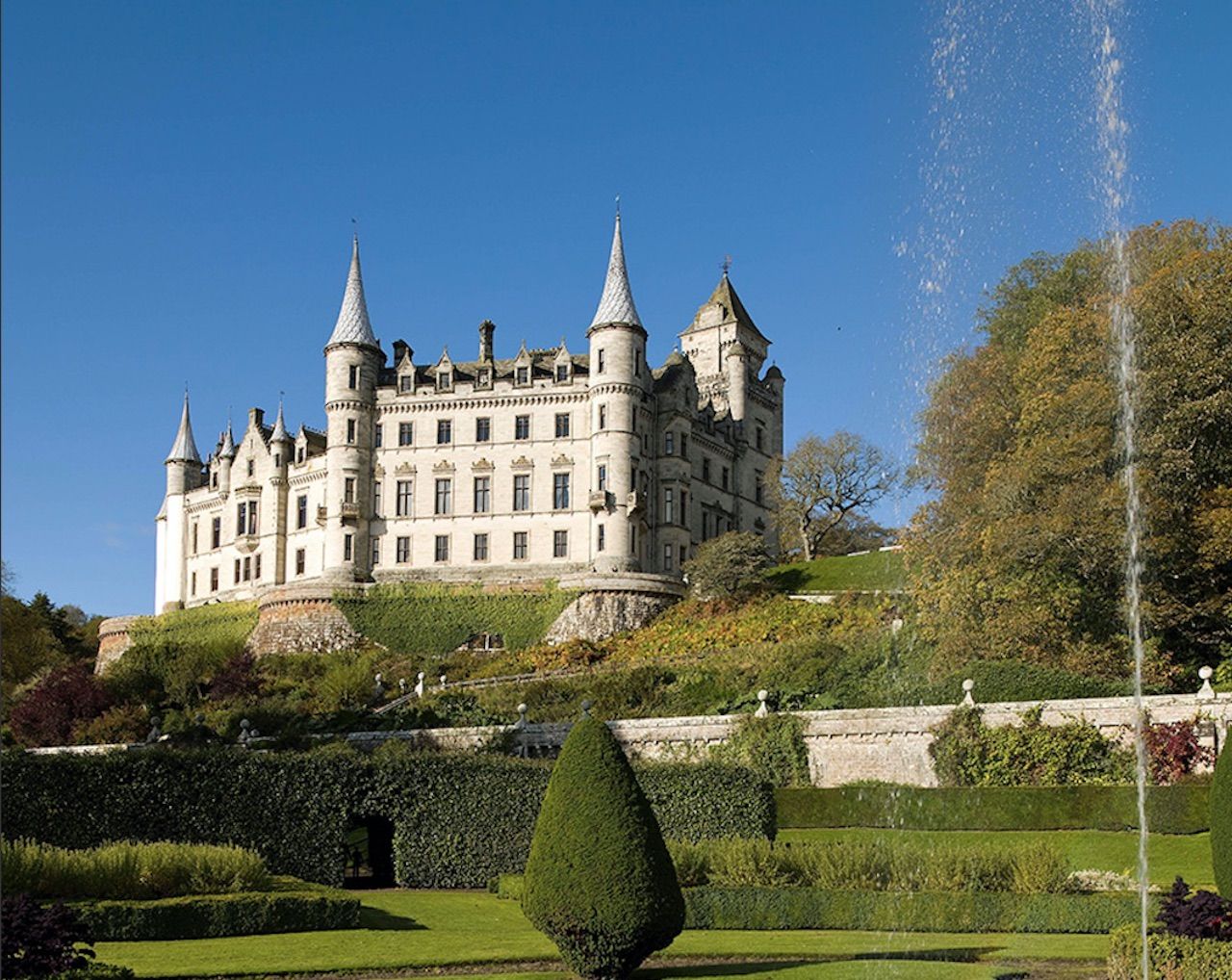 The 189 rooms of Dunrobin Castle make it the largest in the Northern Highlands. The oldest parts of the buildings date back to the 13th century, and in its history, the castle has served multiple purposes, including its original role as a summer home for William, Earl of Sutherland, and more modern purposes that include as a boys’ school and a naval hospital during World War I. The tall and narrow spires, built in the style of the French châteaus, will make you feel like you’re visiting a place of childhood fairytales. This is furthered as you walk through the lavishly decorated rooms and into the castle gardens that were inspired by the ones in Versailles. The entire setting is historic, but its most significant wares are housed in the on-site Victorian Museum, including its collection of Pictish symbol stones and mounted animals. The room is set in the style of the early 1900s, so not only will you learn about Scottish history, you’ll actually feel it. Admission is 12 British pounds, and the castle is open from April through October.

Spooky ruins by the sea 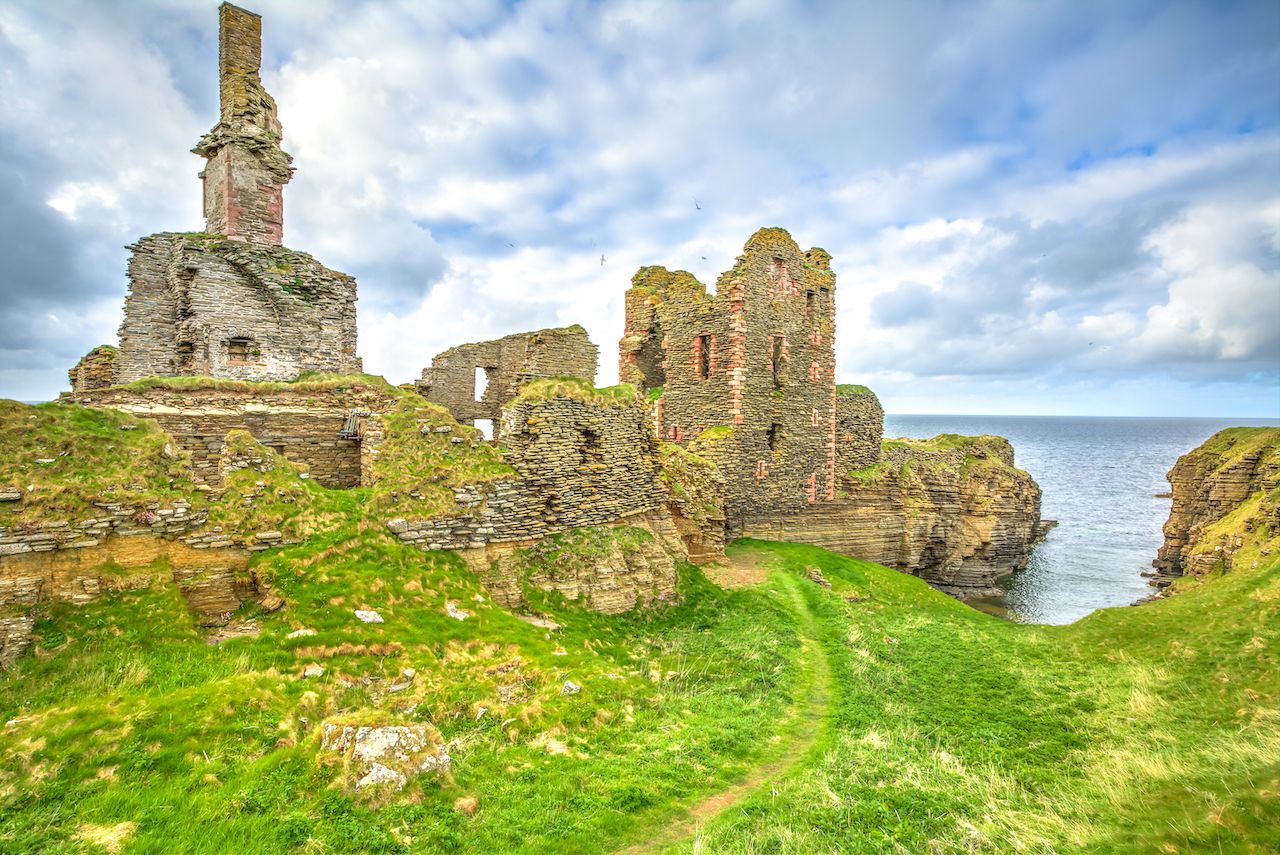 After Dunrobin Castle, it’s time to spend some time outdoors. Drive up north for a different kind of castle visit, the ruins of Sinclair Girnigoe. Although there’s no shortage of castle ruins in the Highlands, Sinclair Girnigoe is significant for its remote location on a cliff’s edge. Leave your car in the nearby field and walk the narrow path to the coast, where you can admire the rugged rocks and majestic waves as you wander through the remains. Far less is known about the history of this castle than of Dunrobin other than that two castles have occupied the area and they were attacked by cannon fire around the year 1680, so read the plaques posted around the site and add in a bit of personal speculation. This is a free attraction, though you’ll have to walk about half a mile from the car park. Sinclair Girnigoe doesn’t have the museum or the tea room of Dunrobin, though, so bring your own water bottle and anything else you’ll need for the walk in a backpack. The ruins are open to visitors from May through September. 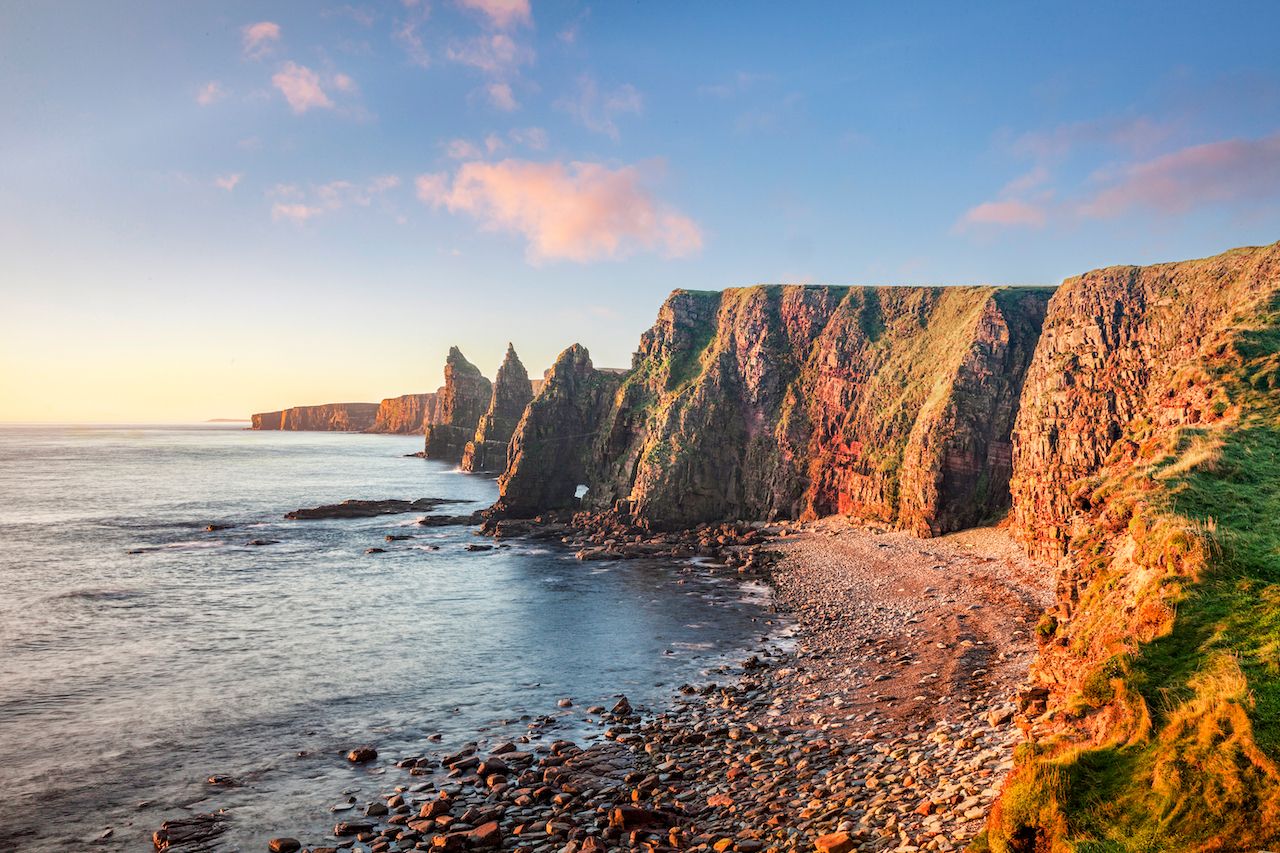 Most travelers going to the Northern Highlands stop in John O’ Groats, as it’s popular for being the northernmost point of the mainland. In truth, you can get further north about 11 miles to the west in Dunnet Head. Nevertheless, John O’ Groats is worth a visit, as it is the departing point for ferries to the Orkney Islands as well as shorter tours, including a popular wildlife cruise. In about an hour and a half, you’ll see seabirds and, with a bit of luck, maybe even dolphins and whales. In the port, you’ll also find what may be the only joint serving flat whites and buddha bowls in the Northern Highlands, as Scottish food tends to be quite heavy. Stacks Coffee House and Bistro claims to be the northernmost mainland restaurant in the UK and could be your only shot at locally sourced vegetarian dishes anywhere in the area. Even if you don’t want to eat, its coffee is a solid way to warm up for your ferry ride.

The northernmost point of the Scottish mainland 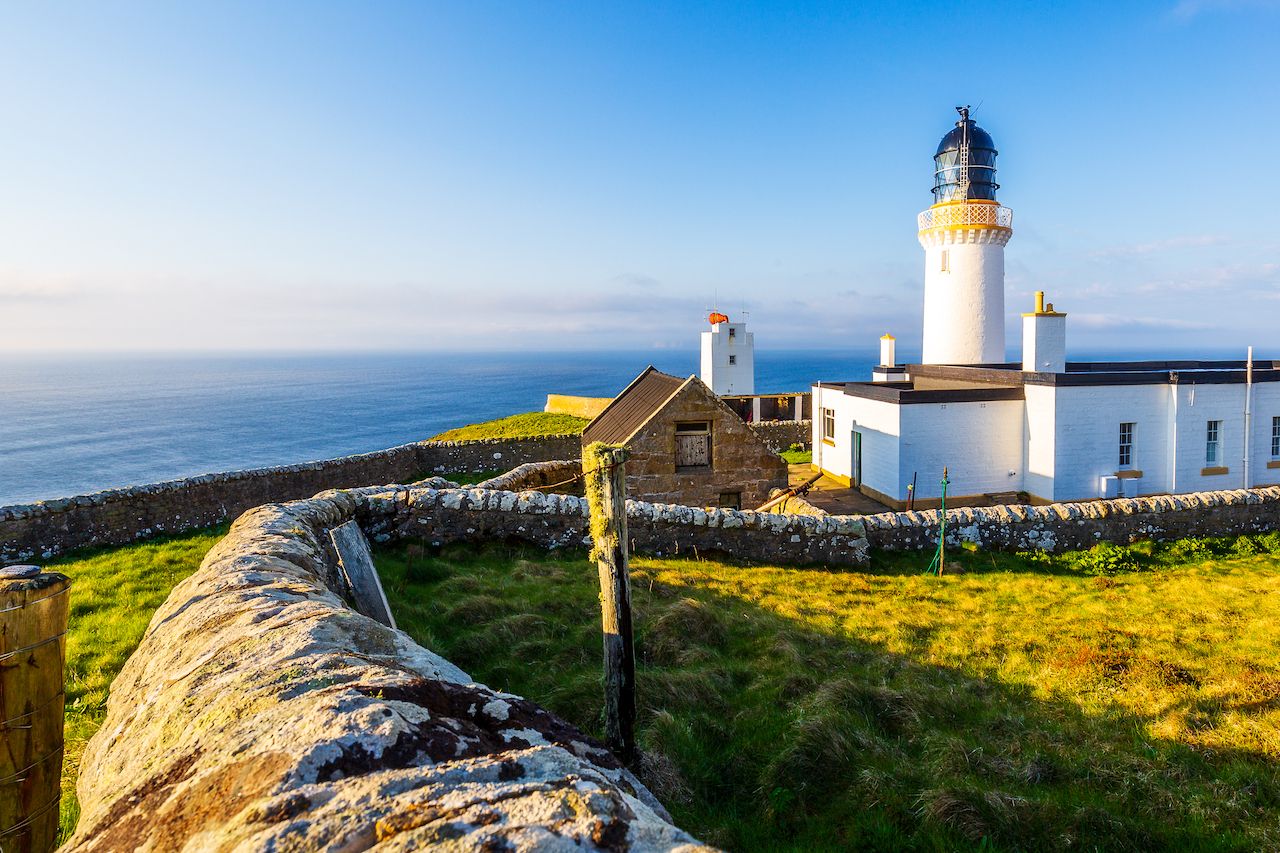 Admiring the views from the cliffs of Dunnet Head will make you feel like you’re standing on the edge of the world. The views are especially impressive in the evening, just as the sun starts to set. Catch the last rays of the setting sun on Dunnet Beach, just a 15-minute drive away. A narrow path through the sand dunes will lead you to a beautiful secluded beach, and unlike more well-known sunrise spots like Bali’s Mount Batur, you’ll be able to enjoy the setting in quiet solitude. While you’re there, check out the iconic white lighthouse and take a photo looking back toward the south — Edinburgh and Glasgow are way down there, nearly six hours away. 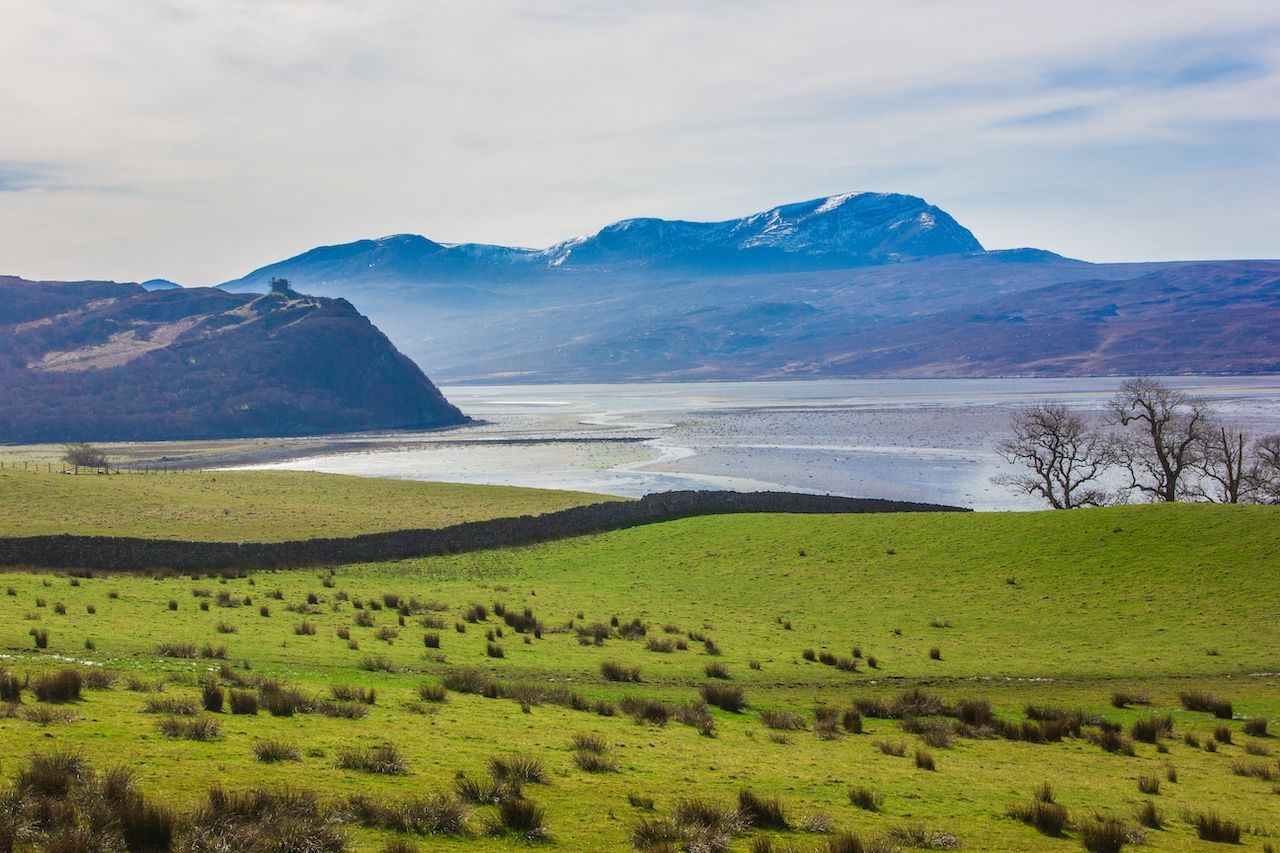 The small village of Tongue, an hour and a half west of Dunnet Head, makes for a great final stop in the Highlands. It’s home to the Kyle of Tongue, a shallow sea loch that has been listed as one of the 40 National Scenic Areas of Scotland. The mountainous backdrop of Ben Loyal and Ben Hope contrasts the seaside views you’ve had throughout the rest of the road trip. For a bird’s-eye view of the scenery, climb up to Castle Varrich ruins. The 1.75-mile hike climbs 364 feet and takes about an hour.

HikingThe 10 Most Otherworldly Hikes on Scotland’s Isle of Skye
Tagged
Road Trips Insider Guides Scotland
What did you think of this story?
Meh
Good
Awesome