A staple of traveling to a new country and doing things the local way is trying the local food. In many cases, this means venturing outside air-conditioned restaurants, and wandering through colorful street bazaars where merchants entice you with their fragrant (and hopefully fresh) food. When we think of street food, countries in Southeast Asia like Thailand and Vietnam usually come to mind, but they’re not the only ones with a long, delicious street food tradition. Here are some of our favorite countries with street food scenes that fly under the radar of most traveling foodies. 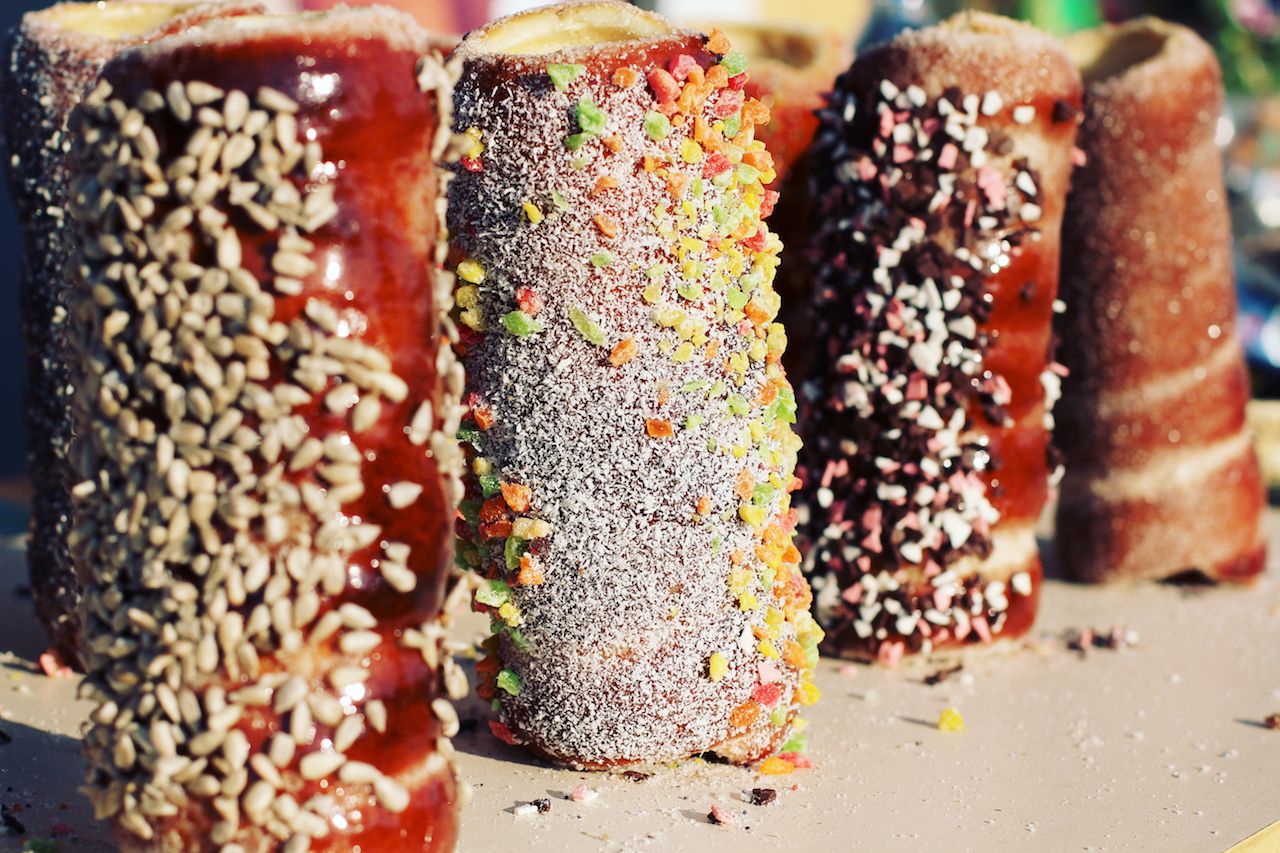 The culinary stereotype of central and eastern Europe might not exactly scream “mouth-watering local street cuisine,” but you’d be surprised. It’s not all goulash and potatoes. Living up to its name, Hungary in particular has a great tradition of street food, especially when it comes to desserts. Kürtőskalács, otherwise known as chimney cakes, are Hungarian in origin, but due to their popularity have since spread to markets in the Czech Republic, Romania, and other neighboring countries with Hungarian influence. Chimney cakes are cylinder-shaped sweet bread with a hollow center, churned on a spit usually found at outdoor carts or food stands. Once it’s ready, it can be rolled in a variety of toppings, or filled with peanut butter, chocolate, or nutella, and served on a stick. It might not be the reason you went to Hungary in the first place, but it’s definitely an excuse to go back. 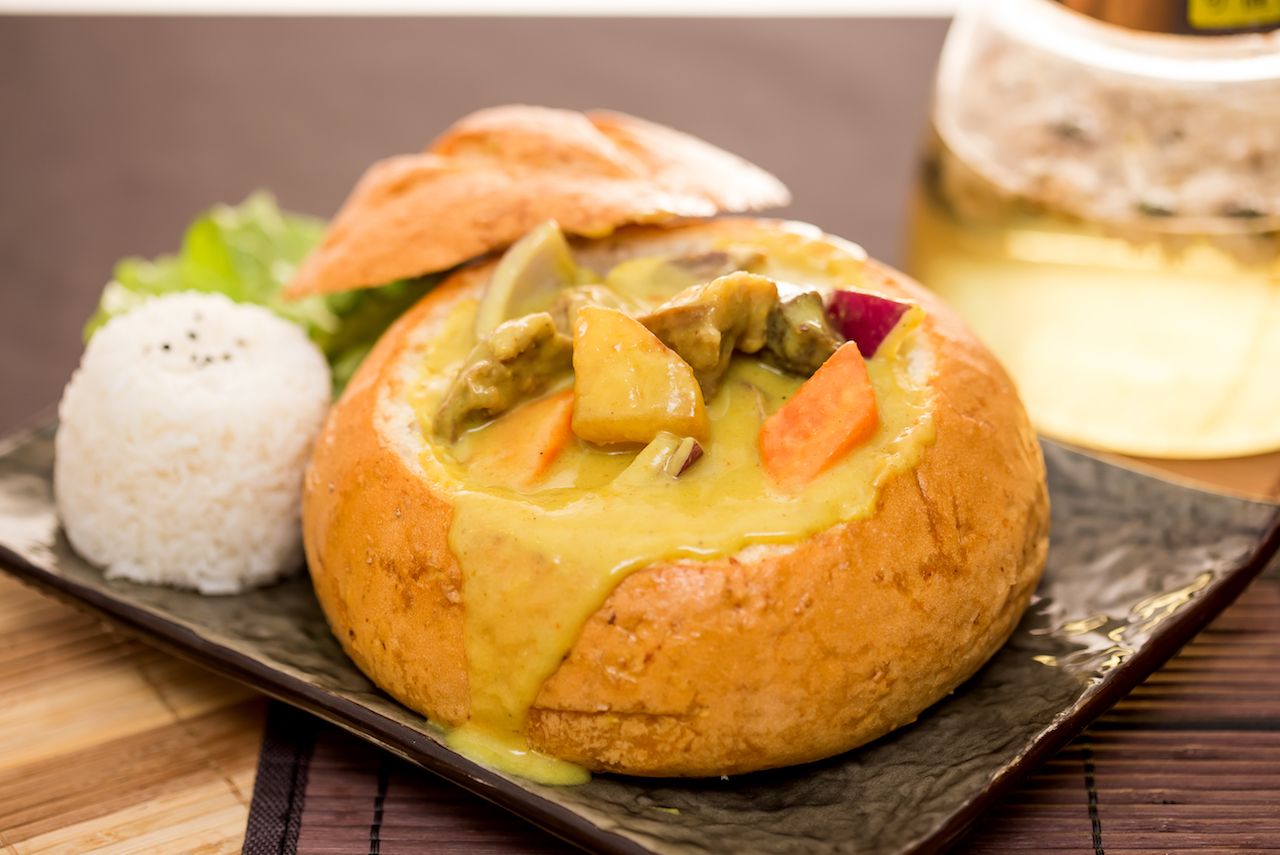 Durban is quite the confluence of different cultures’ cuisines, with influences from India, Europe, and native South African tribes. Indian-inspired curries factor heavily into the street food scene in Durban, often mixed with native South African ingredients. Vegetarian-only Little Gujarat, on Prince Edward Street, is the perfect example of a classic Durban street food experience, offering the local favorite bunny chow — a hollowed out half-loaf of bread filled with curry. There’s also an abundance of biltong (a thicker, chewier beef jerky), amagwinya (mince-and-veggie curry), and drunk-favorite Johnny’s Roti (a chip and cheese roti stuffed with curry). You can find the best Johnny’s Roti in Durban at Sunrise Chip ‘n Ranch. 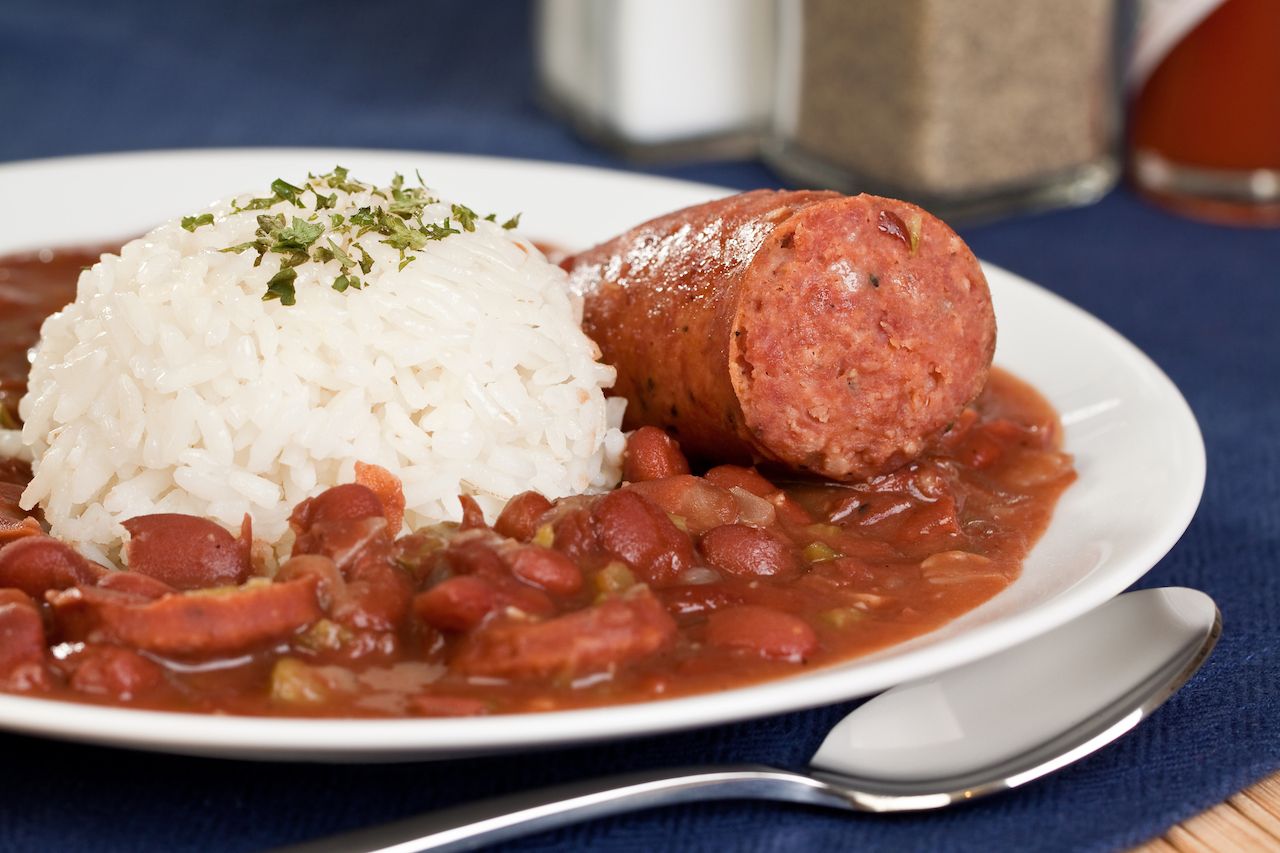 When it comes to good, old-fashioned comfort food, it doesn’t get any better than Louisiana’s plate lunches, usually served up at gas stations and convenience stores. Plate lunches consist of red beans and rice, with andouille sausage and buttered French bread. Debates over who serves the best plate lunch in New Orleans are about as fiery as the cheesesteak debate in Philadelphia. For a truly distinct New Orleans specialty, try some fried alligator from the Acme Oyster House. While there’s certainly no shortage of comfort cuisine, if you’re looking for something a bit more international, taqueria trucks and pho noodles can be found everywhere. 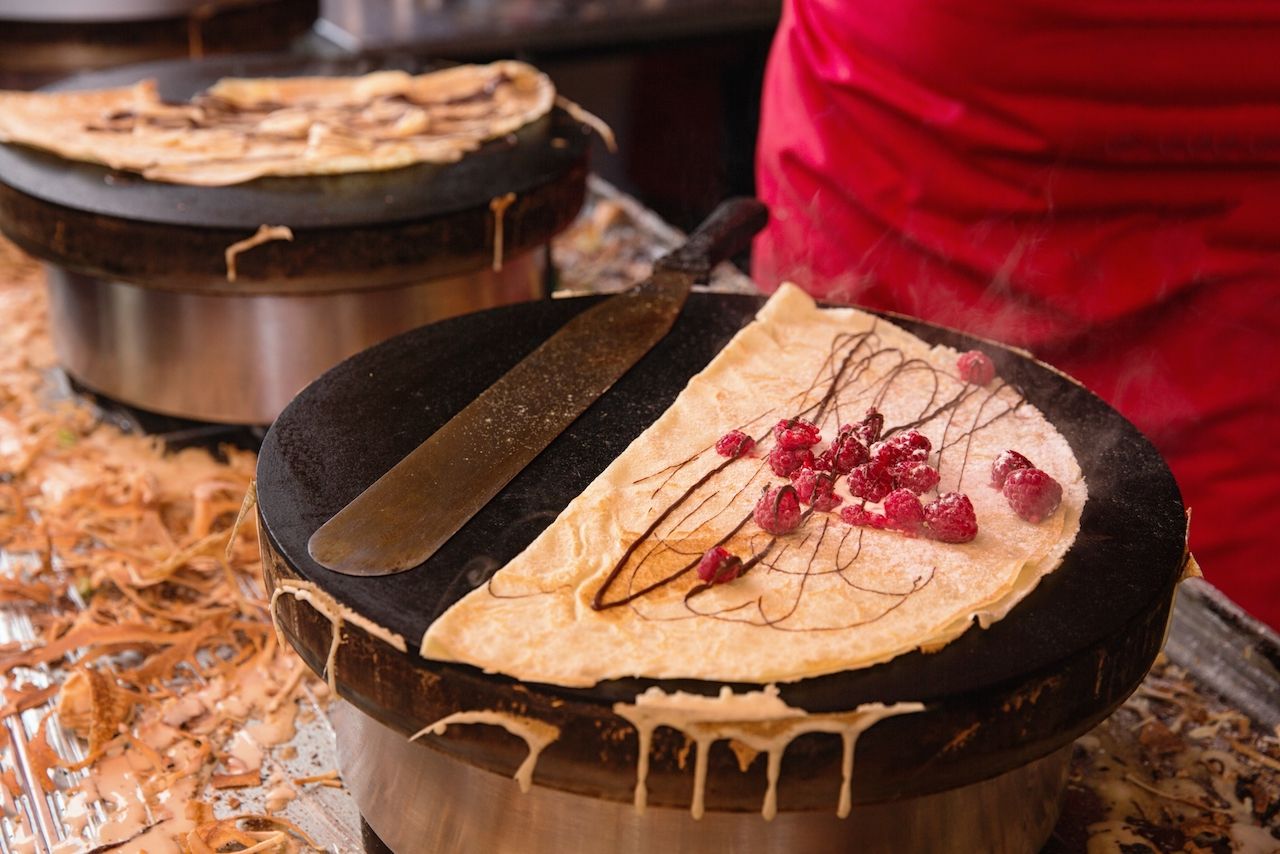 Paris is well-known as the City of Lights and the City of Love, but the City of Street Food? When you think of Paris, you probably imagine glitzy restaurants patronized by society’s upper crust or cozy outdoor cafes where academics gather to engage in literary debate, and not food carts and street vendors. In reality, though, some of Paris’ best food can be found on the street, especially when it comes to crêpes. Crêpe stands are ubiquitous throughout the city, especially on the rue du Montparnasse, where local favorite La Crêperie de Josselin is located. But it’s not just classic French cuisine that’s being served up on the streets of Paris — falafel is another popular street food, and arguably the best place to find it is on the rue des Rosiers, at L’As du Fallafel. 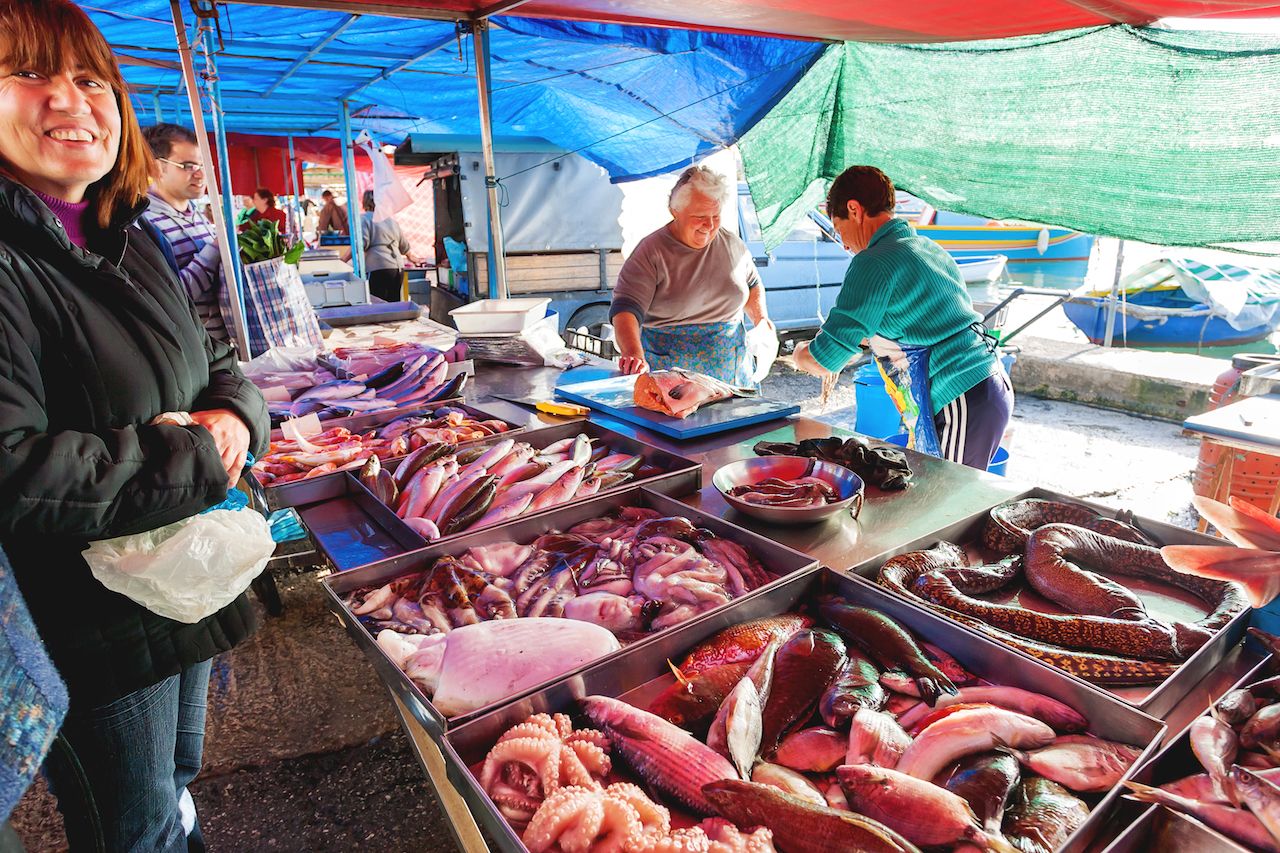 Situated in the heart of the Mediterranean, just below Sicily, Malta is primely positioned to offer some of the best seafood in Europe. The island’s long fishing tradition means the Maltese really pride themselves on their fish. As any local will tell you, you have to try Lampuki, a classic Maltese catch. While Lampuki Pie and Rabbit Stew are available at most restaurants, for the freshest fish on the island, head to the Marsaxlokk Fish Market, which takes place every Sunday. Marsaxlokk is a fishing town on the southern end of the island, and on Sundays the whole city is taken over by merchants selling fish, candies, various meats, and souvenirs. Aljotta (fish soup) is a local favorite, containing a combination of bass, stone fish, grouper, dentex, white bream, and red mullet.

If you’ve had your fill of seafood, but not of local flavor, you need to try pastizz. The favorite local drunk food, pastizz is a savory pastry filled either with ricotta or mushy peas. It can be found at gas stations, convenience stores, and food carts all over the island. 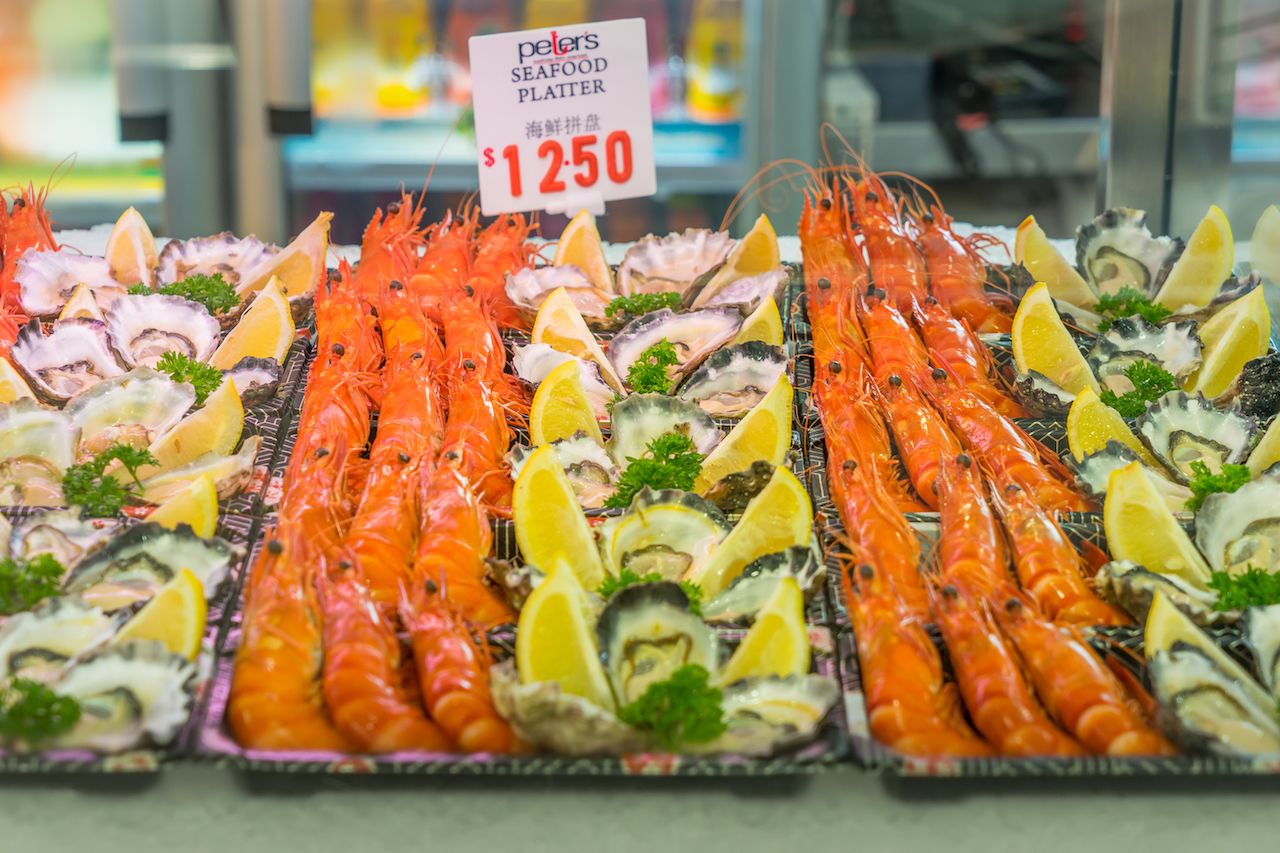 While Malta might contend for Europe’s best seafood, Australia certainly isn’t slacking in that department. The Sydney Fish Market is a staple in Sydney, with restaurants like Peter’s Seafood Cafe serving directly from their shop window. But seafood isn’t all Sydney has to offer. Given the city’s strong Vietnamese, Chinese, and Middle Eastern influences, banh mi, noodles, and babaganoush are all prevalent on the street food scene. For the widest variety of Asian and Middle Eastern-inspired foods, check out the Carriageworks Farmers Market, which offers Chinese dishes by TV chef Kylie Kwong. 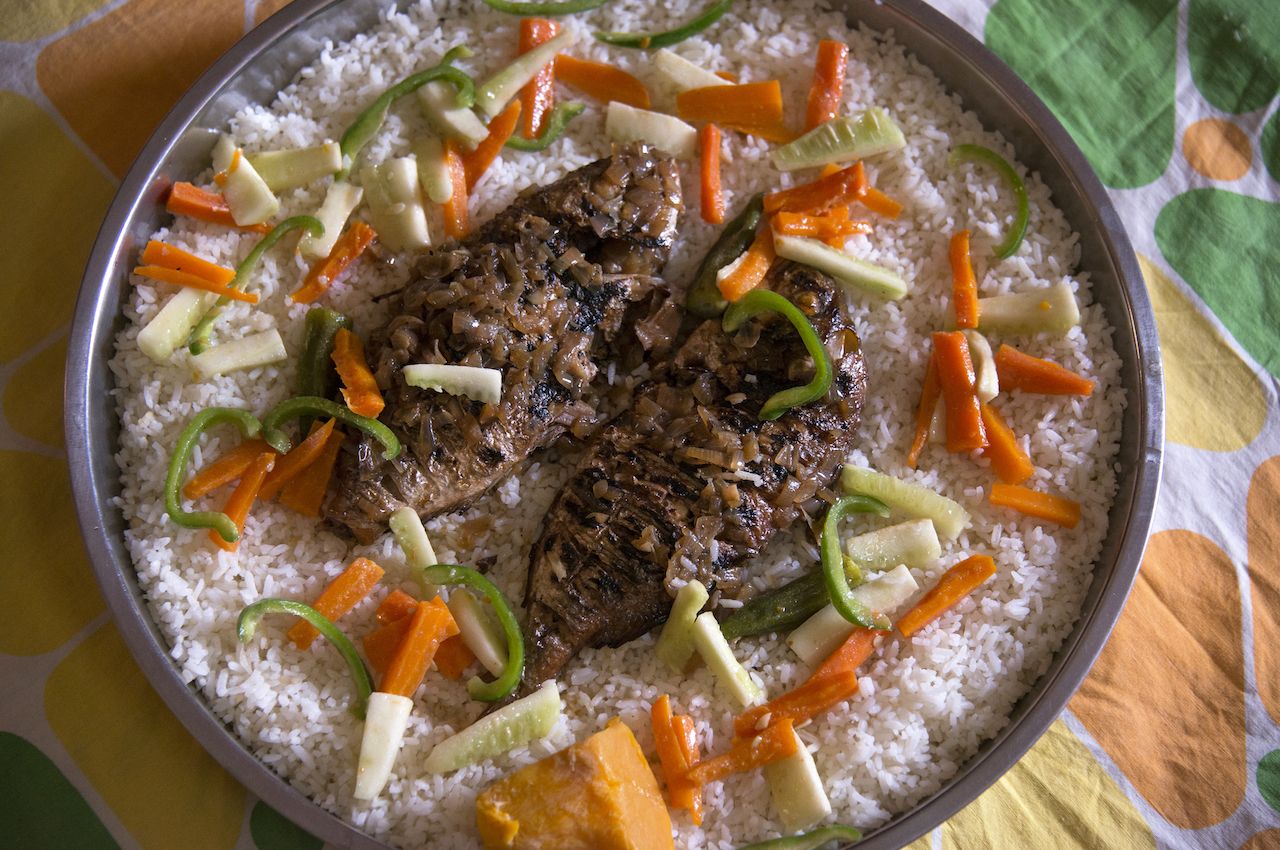 This far flung capital might not crack foodies’ bucket lists, but the street food here is seriously satisfying. Vendors appear on the street corners every morning with freshly baked baguettes, often filled with greasy eggs or Chocoleca, the Senegalese version of Nutella. For a truly authentic Senegalese food experience, you have to try the Thiebou Dieune, the official national dish composed of rice and fish, with a spicy stuffing, and a side of carrots, potatoes, or eggplant. The dish is cooked in a rich broth, with mild spices. Although it may sound like a complex dish to prepare and eat, it’s found most commonly at street vendors. Locals have simply mastered the act of balancing their plates and eating at the same time.

Maps + InfographicsThis Is How Much Food $100 Will Buy You Across the World
Tagged
Food + Drink
What did you think of this story?
Meh
Good
Awesome