The futuristic city of NEOM is on the horizon in the desert of northern Saudi Arabia. Architecturally planned as a long, thin line in order to offer residents easy access to nature and prevent unsustainable suburban sprawl, this futuristic city is envisioned as a model of what sustainable urban design could look like in the future. Researching NEOM has us thinking about other concepts working to restructure how we foresee city life. Here’s an overview of four additional smart cities. 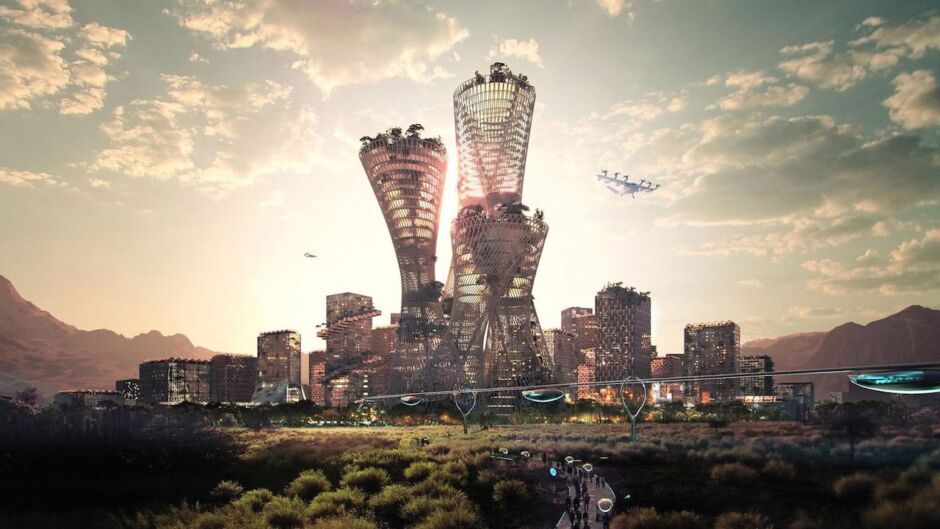 Telosa is a sustainable smart city concept envisioned by billionaire former Walmart executive Marc Lore. The concept is to design a 150,000-acre metropolis in the US desert comprised entirely of sustainable architecture and a 15-minute design — meaning that all amenities including food, schools, shopping, medical services, and more would be located within a 15-minute drive of a person’s home. Potential locations for Telosa include Nevada, Arizona, Utah, Idaho, Texas, and the Appalachian region.

“Telosa” is taken from the Greek word “telos,” which means “higher purpose.” According to a promotional video featuring Lore, that higher purpose includes the “most open, most fair and most inclusive city in the world.” Think the diversity of San Francisco or New York City, the efficiency of Singapore, and a tech-first approach to everything a la Star Trek (if the show were to be invented now).

Aquaponic farms will produce food. Gas-powered cars would be banned in the city. This is great, but given the momentum towards electric vehicles and increasing investment from automakers and startups, gas-powered cars will be obsolete by the time Telosa comes to fruition anyhow. The first phase of Telosa is planned to house 25,000 people across 1,500 acres as soon as 2030, with future growth expanding the city to accommodate 5,000,000 residents.

Lore has envisioned the city’s prominent skyscraper — seen in the photo above — and dubbed it Equitism Tower. This is an ode to the city’s plan for equality, which includes giving residents a stake in the land and economy so that they may benefit as the city grows. Governance would include a similar model, and the entire city is to be built with sustainability in mind.

Of course, building a new city from scratch is hardly sustainable. Even less so when that city is located in a water-parched desert, as Lore has proposed. To address the lack of water, Telosa plans to include elevated water platforms that can store enough water for the city on an ongoing basis. This is supposed to minimize water shortages in the instance of extreme drought. Where that water will come from isn’t immediately clear. Likely it would need to be pumped in, and in the instance of the city being remotely close to an ocean, potentially filtered through desalination plants. 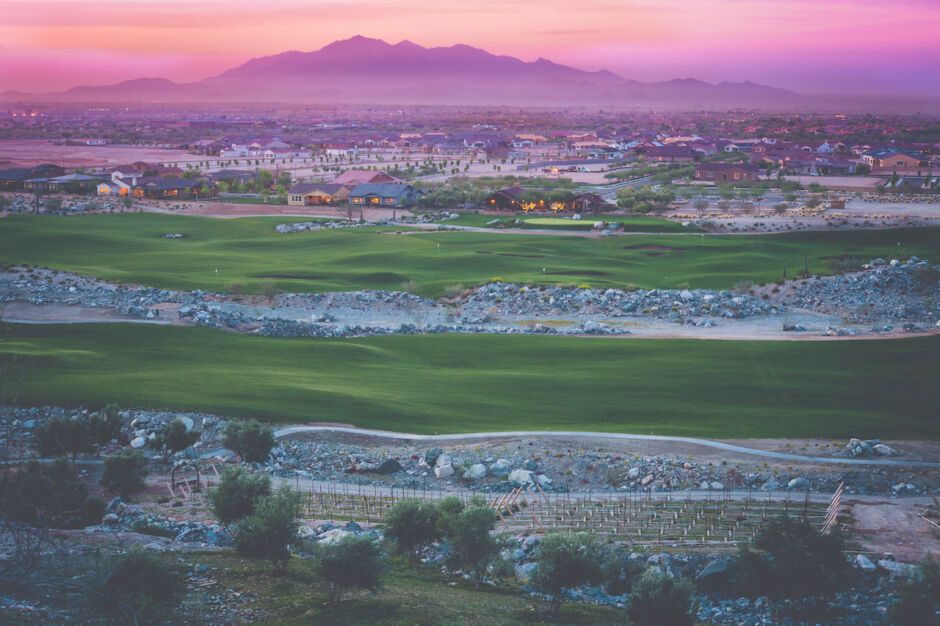 Not to be outdone in anything tech-related, Microsoft co-founder Bill Gates is building a smart city in the Arizona desert near Buckeye, to be called Belmont. The entire city will be connected to high-speed internet (a plus for remote workers) and autonomous vehicles are expected to be the primary form of transport within the smart city’s boundaries. Gates and the developer’s behind the city, Belmont Brothers, expect Belmont to house some 180,000 people.

Due to its location near the Phoenix metro area, Belmont would be far easier than other smart cities such as NEOM and Telosa to get to, and likely to build. It is to be entirely solar-powered and according to its website, “water conservative” — something that will undoubtedly be a major challenge in one of the most water-scarce, and therefore unsustainable for its rapidly expanding human habitation, metropolitan areas in the country.

Peña Station NEXT is a new smart city development underway near Denver International Airport in Colorado. Designed by the Panasonic Smart Mobility Office, its concept is a much smaller and condensed vision of Telosa — minus the whole “from scratch in the desert” thing.

The community is designed to use technology to optimize everything from commuting to power use. Within a three-minute walk of home, residents will find a park, shopping, dining, schools, entertainment, and more.

The development will be energized by a solar-powered microgrid and LEED-certified green buildings. Ample park space is designed into the layout. Denver’s light rail system already picks up and drops off right at the community’s edge, meaning public transit is both accessible and easy via the A-Line train, which connects the airport to Union Station in the heart of downtown Denver. The cool thing about Peña Station NEXT is that it is one of the first smart cities to be constructed in the US and you can see it come to life on a visit to Denver. The train takes you right by it as you leave the airport. 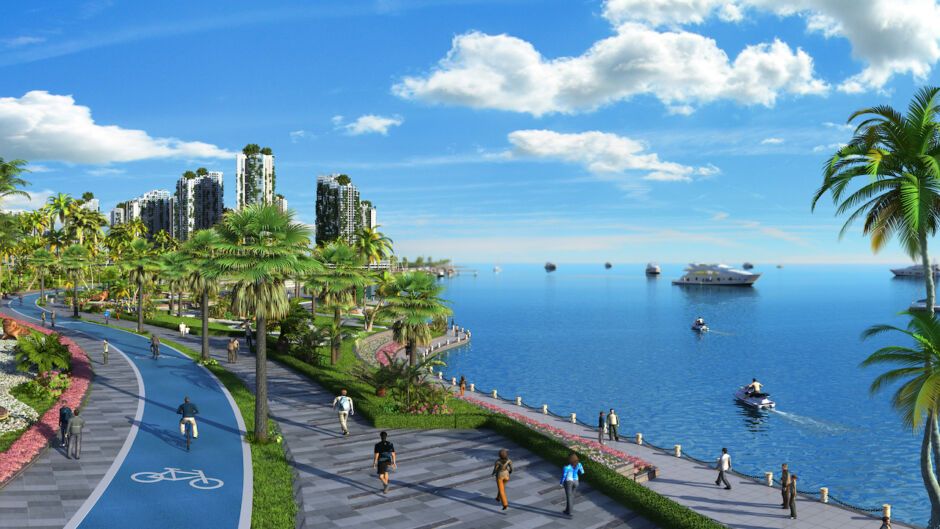 Built just north of Singapore, already known for its smart city ethos, Malaysia’s Forest City is a controversial concept built in the Iskandar Malaysia Special Economic Zone in Johor, Malaysia. The crazy thing about it is that there was no city here before — or even land on which to build one. Forest City is being built on artificial islands which are located off the country’s coast. This is one primary factor making Foreset City controversial, as coastal wetland environments were severely harmed during the construction of the man-made islands.

The city is designed to hold 700,000 residents in 5.5 square miles. Plant-covered skyscrapers are to be used to minimize heat and clean the air. Technology will optimize transport and the city will run on green power. But what’s most notable about Malaysia’s Forest City is that it is to be completely free of cars. If you plan to visit, be ready to pedal.

Forest City was originally announced in 2006 as part of China’s Belt and Road Initiative. This makes it no surprise that a similar concept (even using the same moniker) is underway in China’s Guangxi Province. China’s is to be much smaller, housing only 30,000 people, but it will likely be the first of many smart cities of the nation.

SustainabilityNEOM Is on Track To Be the World’s First “Sustainable” City. Here’s What We Know
Tagged
Art + Architecture Technology + Gear
What did you think of this story?
Meh
Good
Awesome