Had your fill of city sightseeing? Then maybe it’s time to try an altogether wilder experience. Naked vacations (nakedations) are skyrocketing in popularity, and with the increase of options and destinations out there, there’s never been a better time to fuel your curiosity and try something a little different. So if you’ve tried a sex club or two and don’t fancy taking in the local monuments on your next trip away, pack your best latex and set off on a trip to one of the world’s best swinger resorts for sexually daring couples. 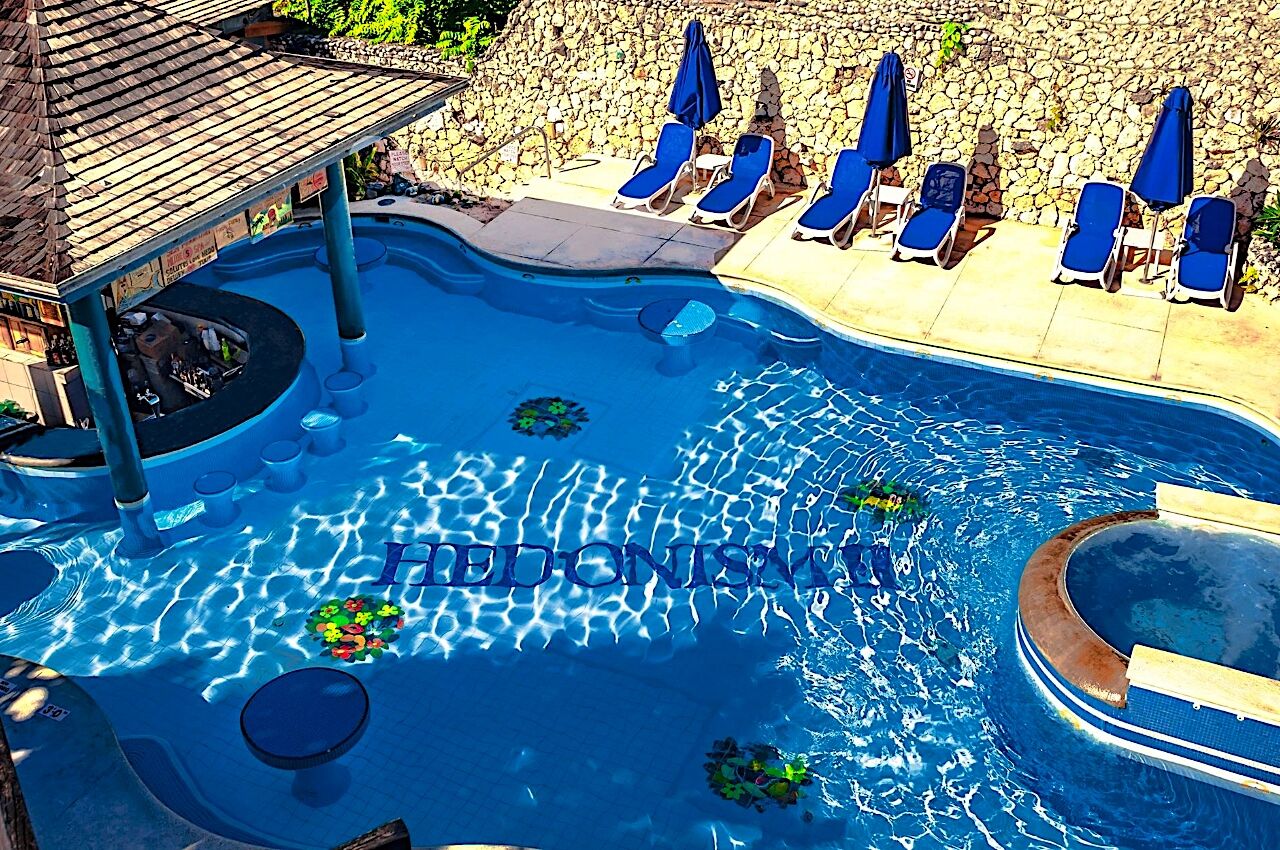 A typical day here sees guests indulging in a spot of naked water aerobics followed by cocktails and dancing at one of the resort’s numerous sex-themed events. Visitors all get their own rooms (complete with ceiling mirrors) and can choose to hang out on the nude or prude side of the resort. The former requires you to strip down after five minutes and go fully nude, clothing is optional for the latter.

For: Everyone, although the crowd is around 90 percent heterosexual, cisgender couples. 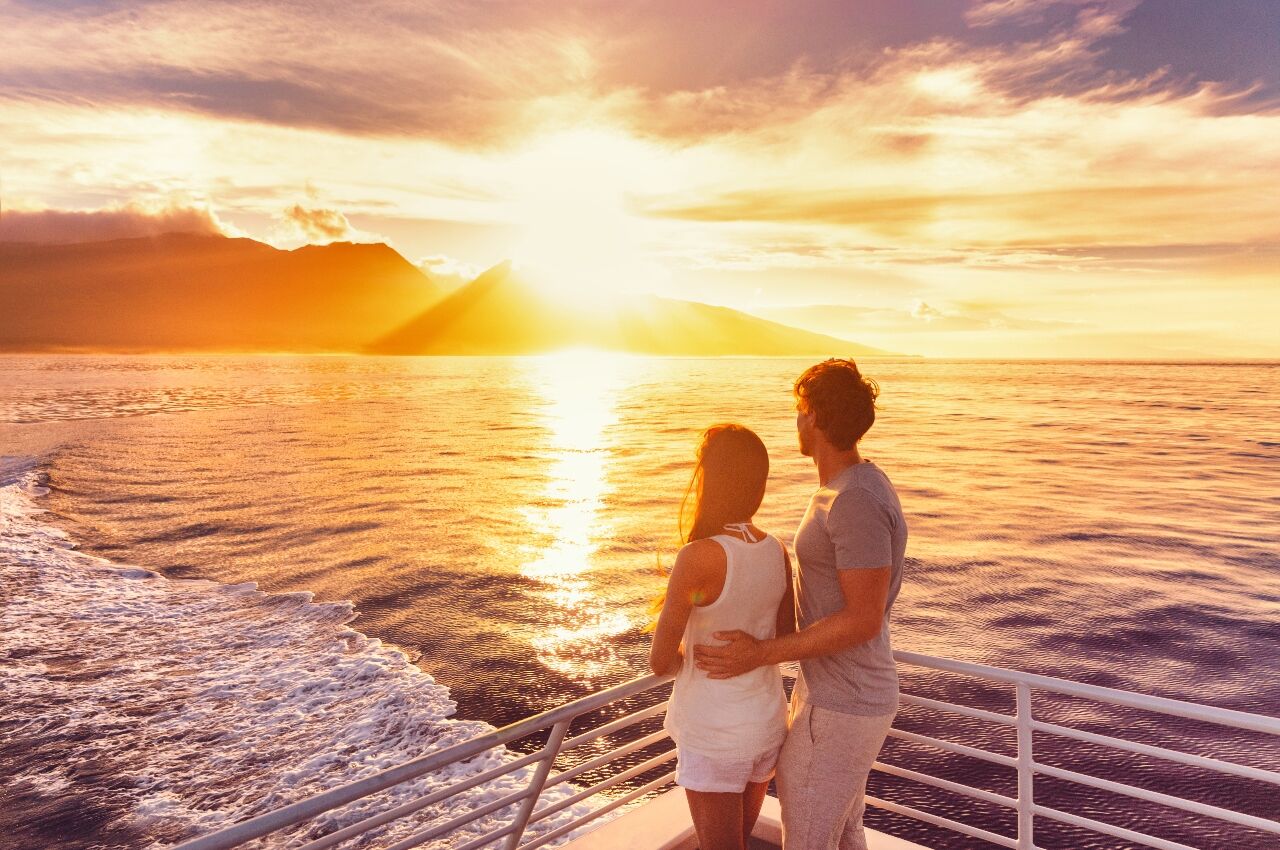 Bliss Cruises is designed specifically for members of “the lifestyle” (code word for swingers) to indulge in partner-swapping, exhibitionism, voyeurism, and everything else you’d expect to see at a sex club — all while sailing through Caribbean waters. The five-star ship is kitted out with 12 restaurants, a casino, bars, lounges, an art studio, and adult party playrooms where adventurous guests can put on or watch a show.

As with all things involving public nudity on land, the same rules apply at sea. Respect people’s privacy, don’t record or photograph anything, don’t be pushy, and enjoy yourself. Remember, you’re not obliged to do anything that makes you uncomfortable, and the cruise ship is set up to accommodate individuals and couples who prefer their alone time.

3. Dan Savage’s HUMP Film Festival — various locations in the US 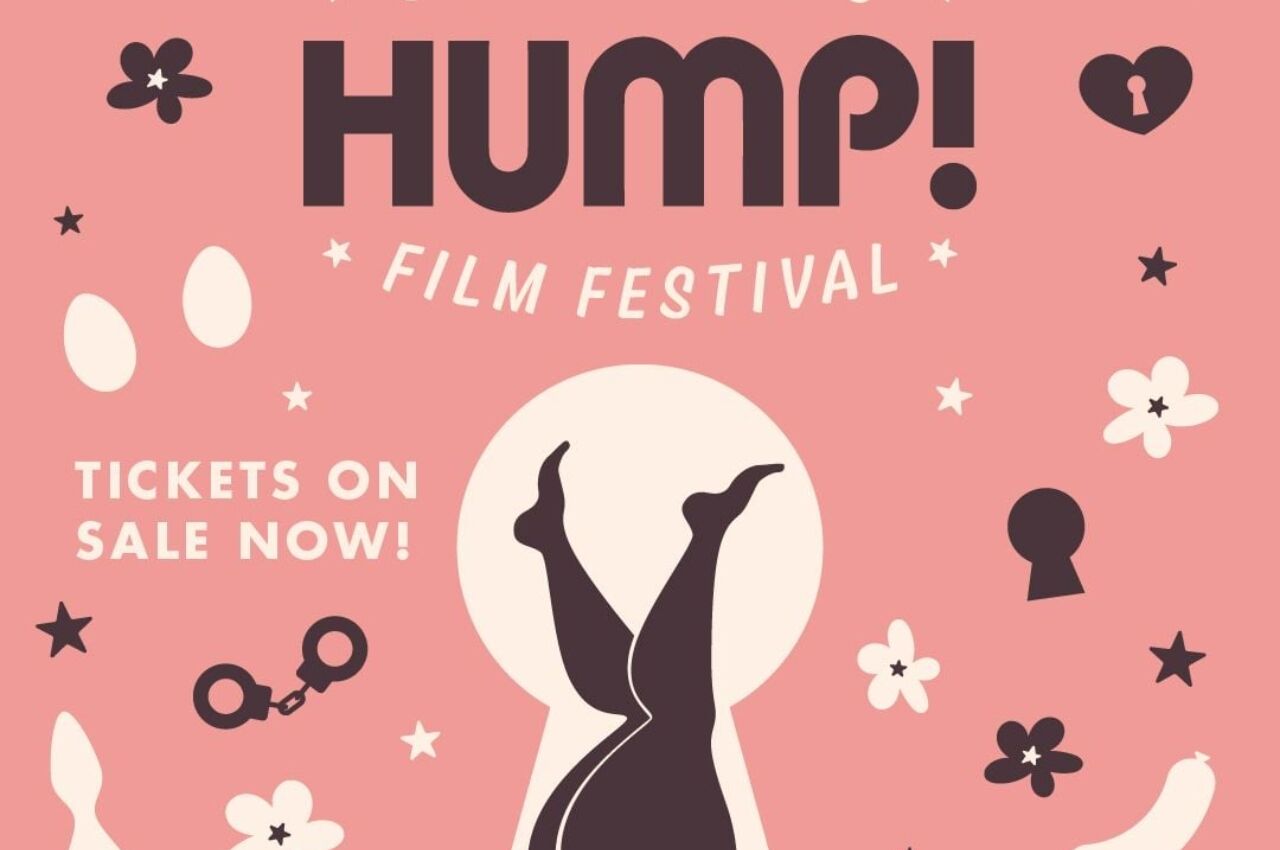 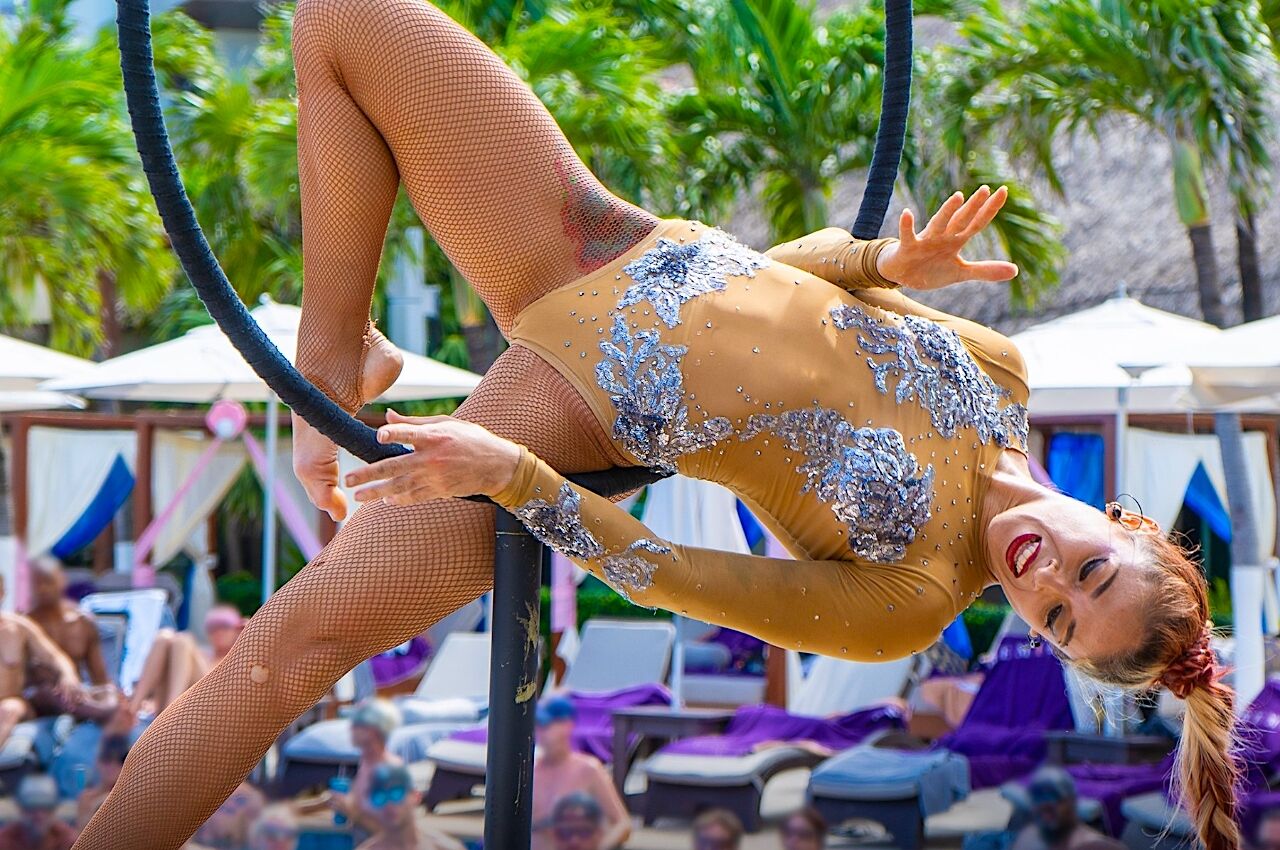 As with all of these locations, you’re not obliged to join in with any of the kinky revelries if you’re not feeling it, so if you’d rather just relax with your partner in a non-sexual environment, then there’s an Italian restaurant, a hibachi grill, and a cocktail bar to unwind in.

5. Swingfields — secret location in the UK 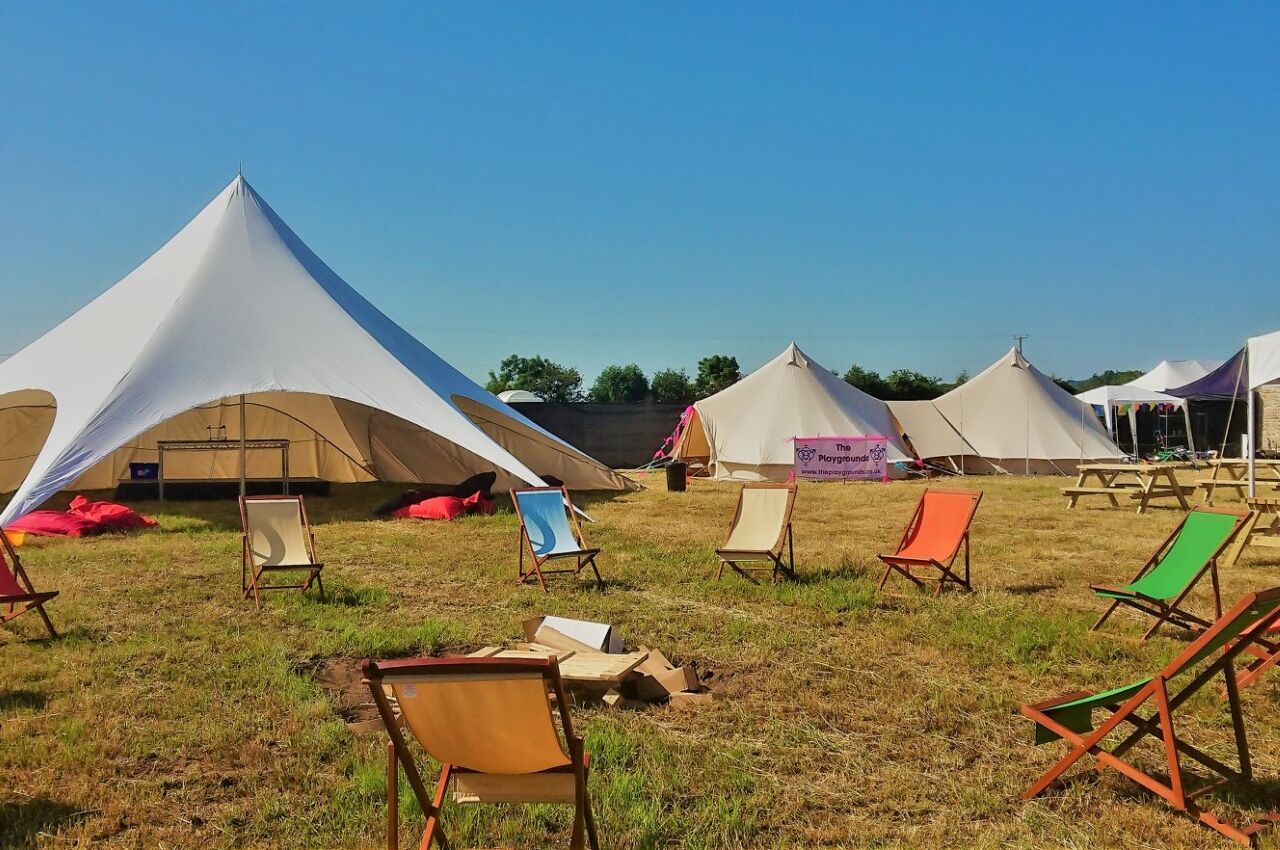 Once a year, around 700 folk from the swinging community descend on a quiet slice of the British countryside for four days of unadulterated hedonism, music, dancing, and comedy. Swingfields, which was established in 2013, was canceled in 2017 due to “trolls,” and now hosts each event in a secret location to guarantee the privacy and comfort of guests who are told the location just two days before the event.

Just like any other British festival, the weather could be scorching or a total mud bath — but, unlike Glastonbury, there are posh loos and luxury showers to wash all that mud and…other things off. 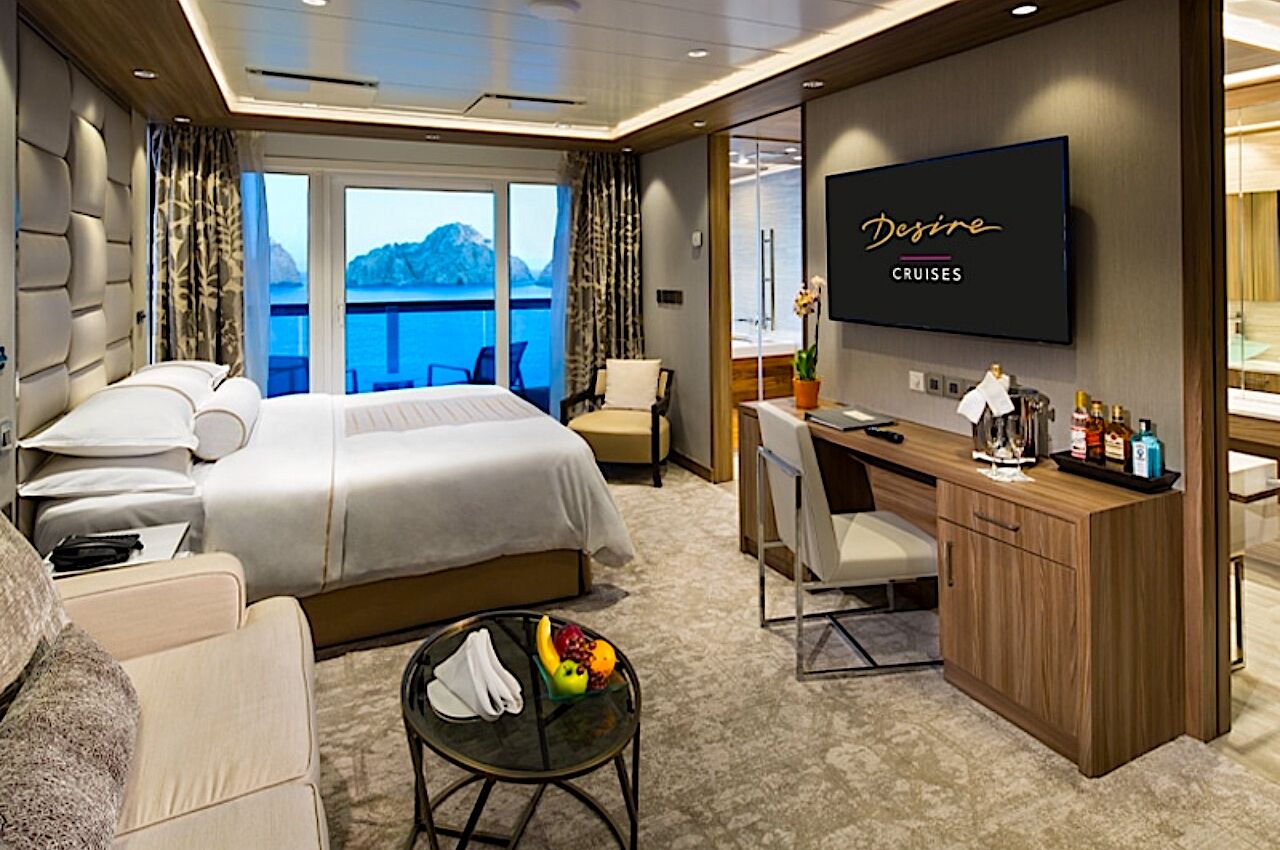 Desire is a clothing-optional cruise with a more upmarket flavor (and a price tag to match) that takes you along the French Riviera and through to Italy and the Balearics, before docking in Barcelona. Libido-boosting facilities include a clothing-optional pool area, a playroom (aka “sex room”), and a Jacuzzi lounge, while guests can learn about tantric massages, bondage, swinging from a small army of onboard sexperts. Desire also has a vibrant program of themed nights, including safari, masquerade, and neon glam fancy dress — so pack your bags accordingly.

For: The crowd is primarily made up of heterosexual couples, though polyamorous and same-sex travelers are welcome. 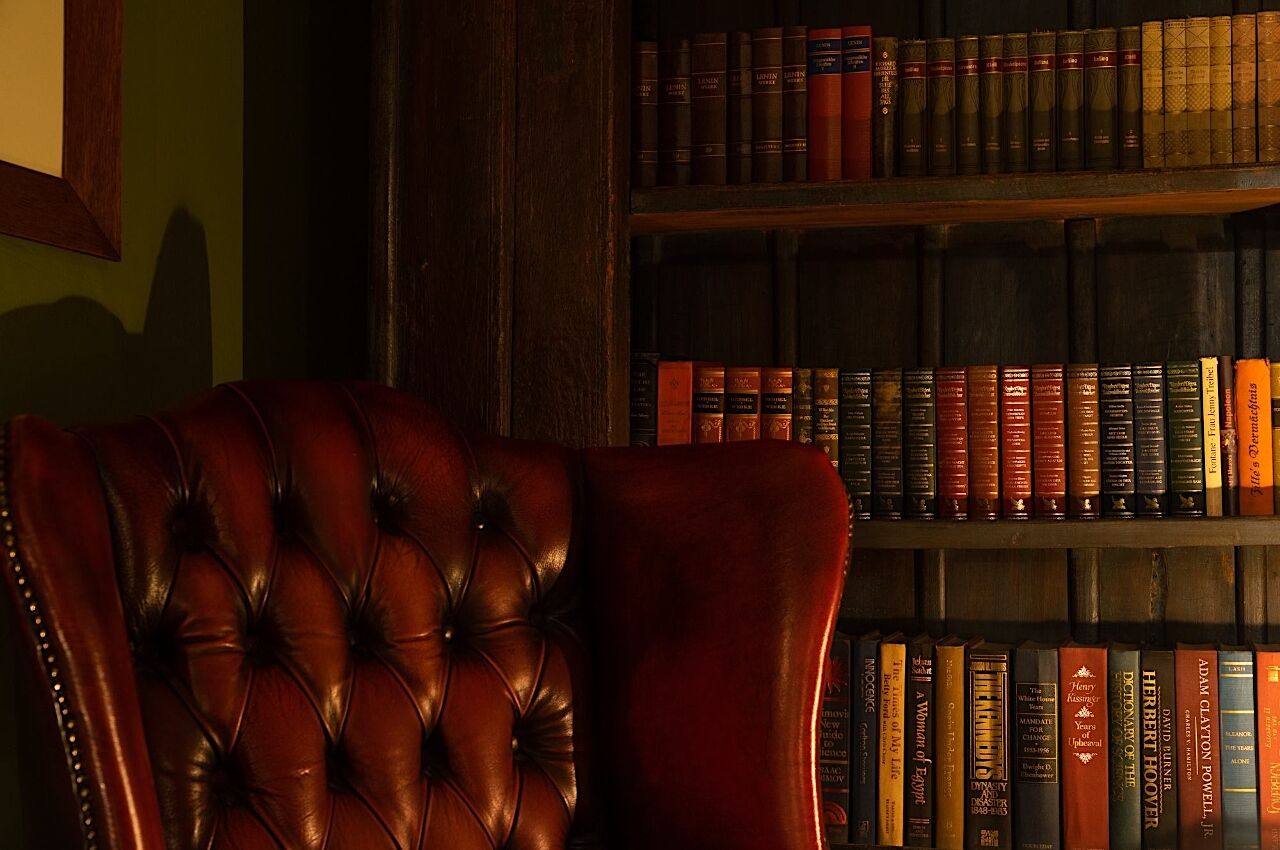 There’s something a little Eyes Wide Shut about this mysterious sex party. “Rendezvous der Lüste” as it’s called in German, is held five times a year at Schloss Milkersdorf, an opulent castle not far from Berlin. Guests stay at a local inn, where they unpack and settle in before being bussed out to the castle at 8:30 PM, and then back again at 3:00 AM.

The event is geared toward heterosexual couples, with a focus on wife-sharing and cuckolding — that’s where a woman enjoys the company of one or more men while her partner watches. There’s also a dark room for anonymous encounters, a glory hole room, a “nude suite” open to all guests, and smaller, lockable spaces for private encounters. 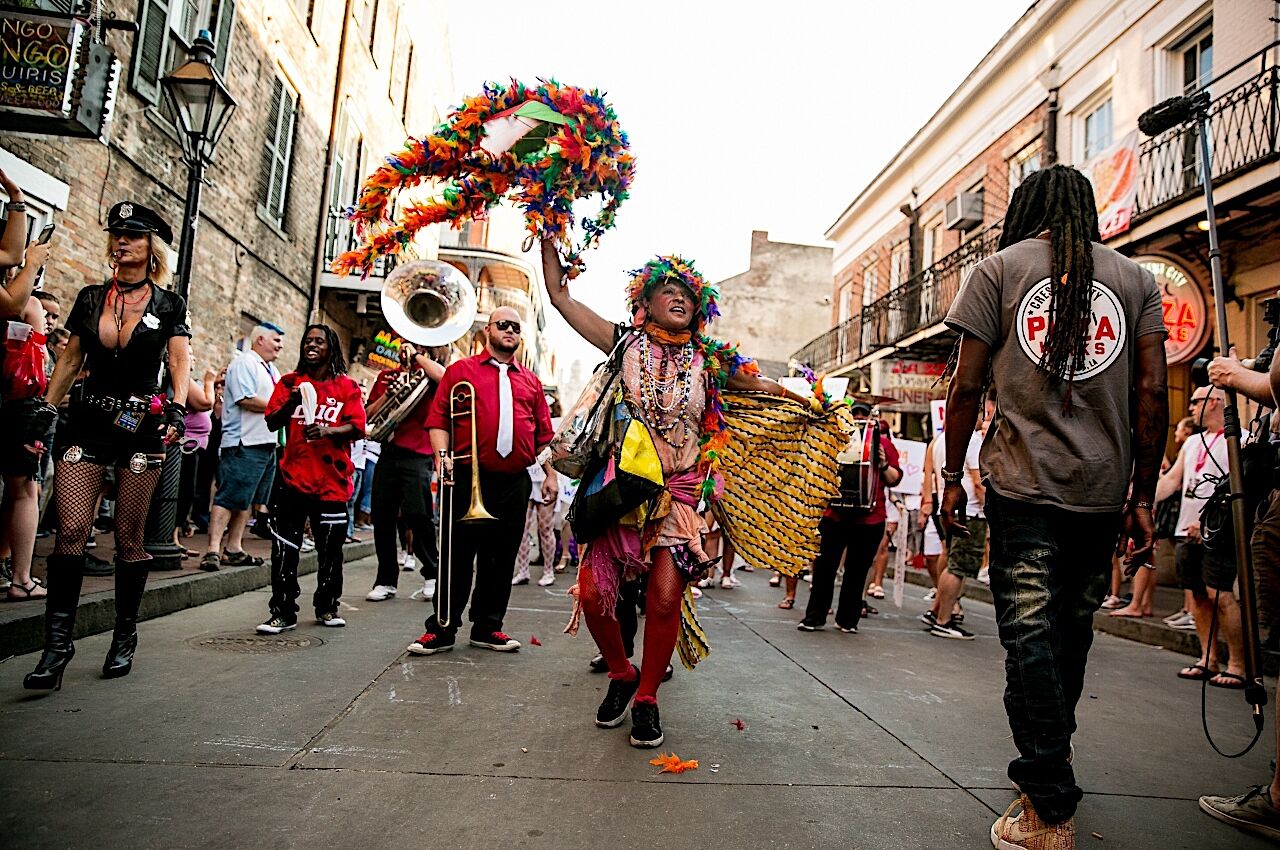 Naughty in N’Awlins is a five-day couples’ lifestyle convention that offers sex-themed workshops, parties, and a Swinger Pride Parade. The event takes over an entire hotel (sometimes two) and turns it into an adult play area complete with group rooms, private nooks, dungeons, women-only zones, and more. Attendees can also sign up for free membership and chat and match up with other couples prior to the event.

For: Everyone, although heterosexual, cisgender couples are more common. If you’re looking for something geared more toward LGBTQ-travelers in the area, then check out Kinky Salon NOLA, an inclusive one-day party for people of all orientations. 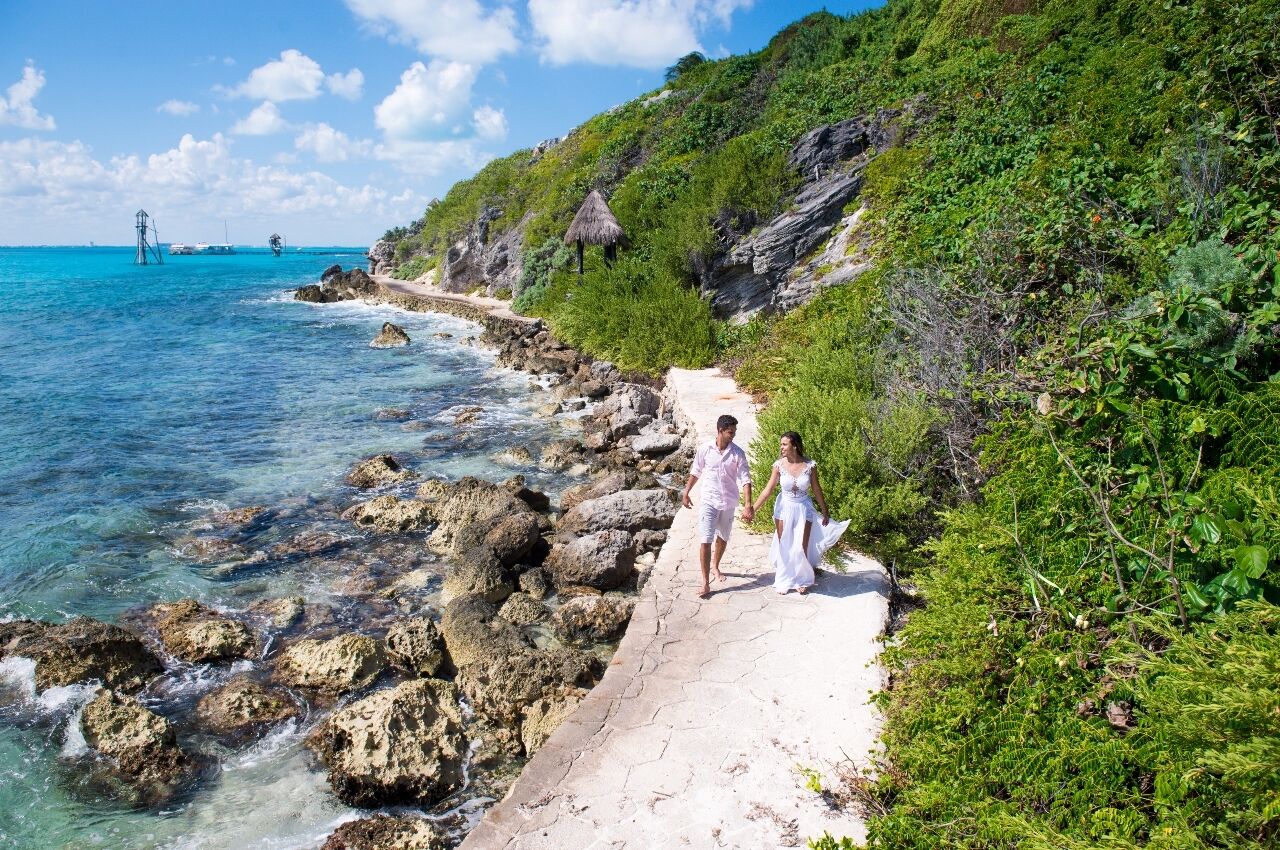 Got cash to spare? Then this one’s for you. Run by the same people as Naughty in N’Awlins, this week-long event is a clothing-optional island takeover held at a five-star all-inclusive resort on an island off the coast of Belize in Central America. For one week, couples can strip off and indulge in sun, sea, and each other. The luxurious experience does not come cheap: Cabanas are priced from just over $2,700 per person.

For: Everyone, although LGBTQ+ travelers will be in the minority since the island is so small. 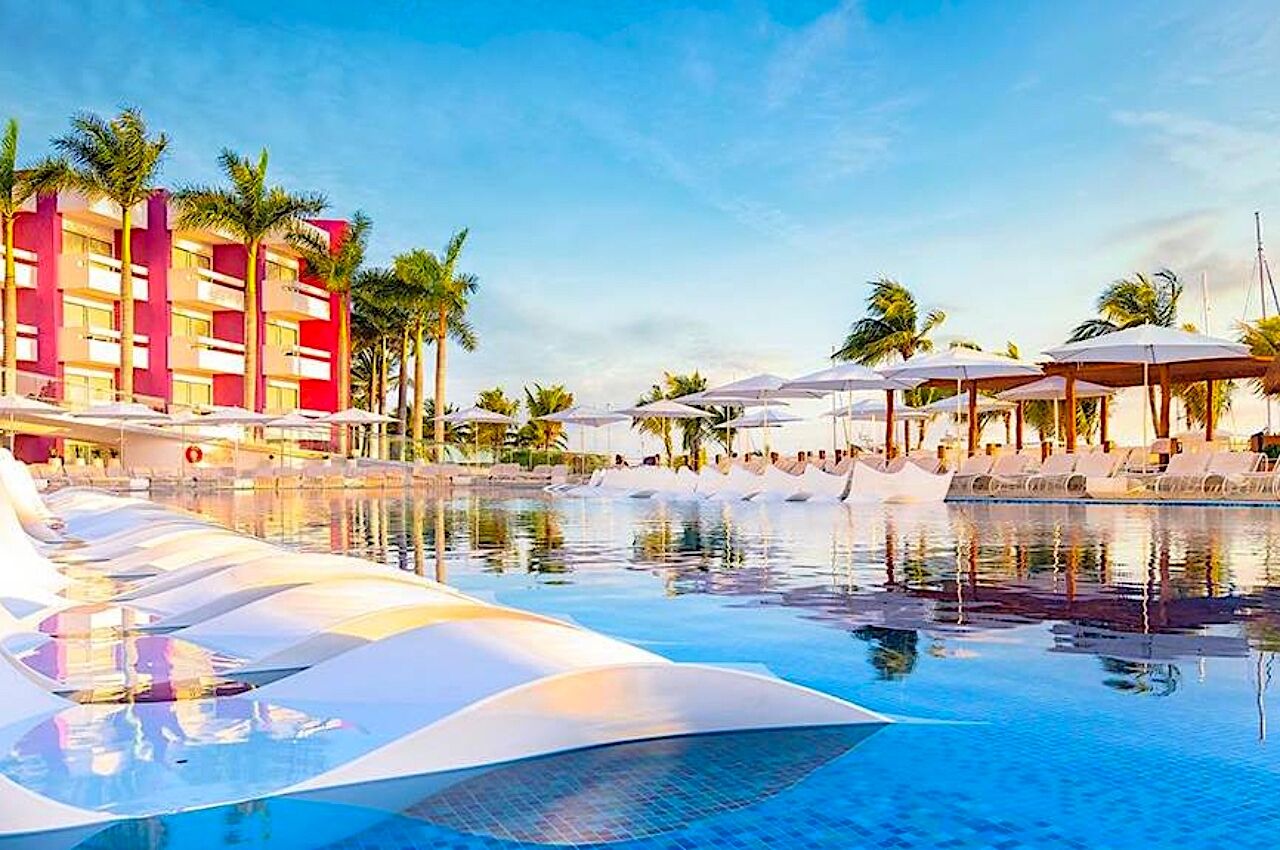 The self-proclaimed “Playground for Grown-Ups” is famed for its “sexy pool” — a topless-optional outdoor pool where guests can splash around to DJs and live bands. There are also a multitude of themed nights, an outdoor dance floor, and seven restaurants, including one that serves up a seven-course meal made entirely out of aphrodisiacs.

Described by one TripAdvisor reviewer as “spring break for adults,” it appeals more to the younger crowd. If you need to be tucked into bed with a hot chocolate before 10:00 PM, then you should probably reconsider.

For: Everyone, except those looking for a more low-key getaway.

Couples10 Tips for Your Best-Ever Vacation Sex
Tagged
Romance Couples Insider Guides
What did you think of this story?
Meh
Good
Awesome