Hawa Hassan grew up in the kitchen, at the feet of her mother and aunties, as they prepared dishes like canjeero and suugo suqaar. She quickly learned that in her family, food was a powerful tool to pull her people together.

“Food has always been the center of community and gathering,” she tells me. “The most important thing you can do to win the love and affection of anyone in your family is to feed them.” 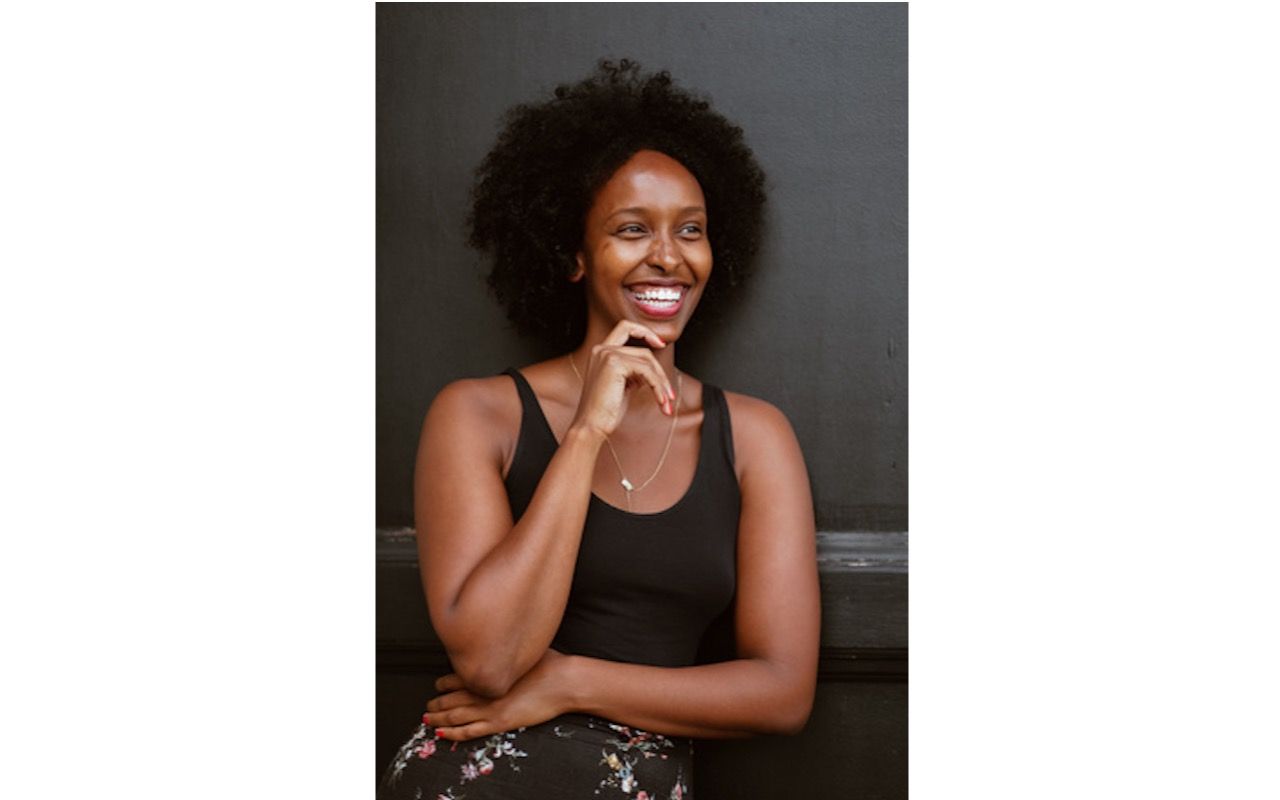 But those moments and safety and comfort, surrounded by her relatives, weren’t destined to last forever: Hassan was born in Somalia during a civil war; when she was four, the family fled to Kenya and settled in a UN refugee camp. Three years later, she had the opportunity to immigrate to Seattle, WA, with a group of Somali refugees — but she would have to go alone, leaving her mother and siblings behind. Her mother made the heart-wrenching decision to separate from her daughter, in the hopes that the rest of the family would follow shortly behind. It would be 15 years before Hassan would see her mother again, when she visited her family in Oslo, Norway, where they were eventually able to settle.

Hassan had spent ten years in New York City pursuing a modeling career by the time she arrived in Oslo to reunite with her mother, but once she was in her house again, she was reminded of the ways that food had united her family, and brought them closer together. She decided to remain there for an extended stay, and jumped back into preparing Somali food alongside her mother — in particular a dish known as Somali ketchup, otherwise known as basbaas sauce. Hassan saw Americans begin to embrace flavors inspired by Asian, Indian, and Middle Eastern cuisines. She took advantage of that opportunity, and in 2015, launched her sauce company Basbaas (the line is currently sold out online).

Hassan, accompanied by photographer Khadija M. Farah, visited these women in their homes, where she interviewed them about their relationship to food, community, and family. Those interviews are featured in this book; it was of central importance to Hassan to allow these women to speak for themselves, to tell their own stories from their perspective.

“It was warm, it was open, it was safe,” Hassan says of the atmosphere she encountered when she entered the homes of the bibis she featured in the book. “I feel a deep gratitude that I was extended the same kind of love and compassion that they have for their own children.”

There are no celebrity chefs, and no stars of the food or travel TV show circuit here. Early on in the introduction, Bainbridge and Hassan write that one fundamental aim of the book is to “use food as a way to honor matriarchs of numerous families and countries.” Hassan chose to acknowledge the African women — grandmothers specifically — who serve as the providers of nourishment and strength in their families. Their cooking might not be flashy — in fact, throughout the book it’s described as wholesome and nutritious — but it doesn’t need to be in order for these women to receive the culinary recognition they deserve. 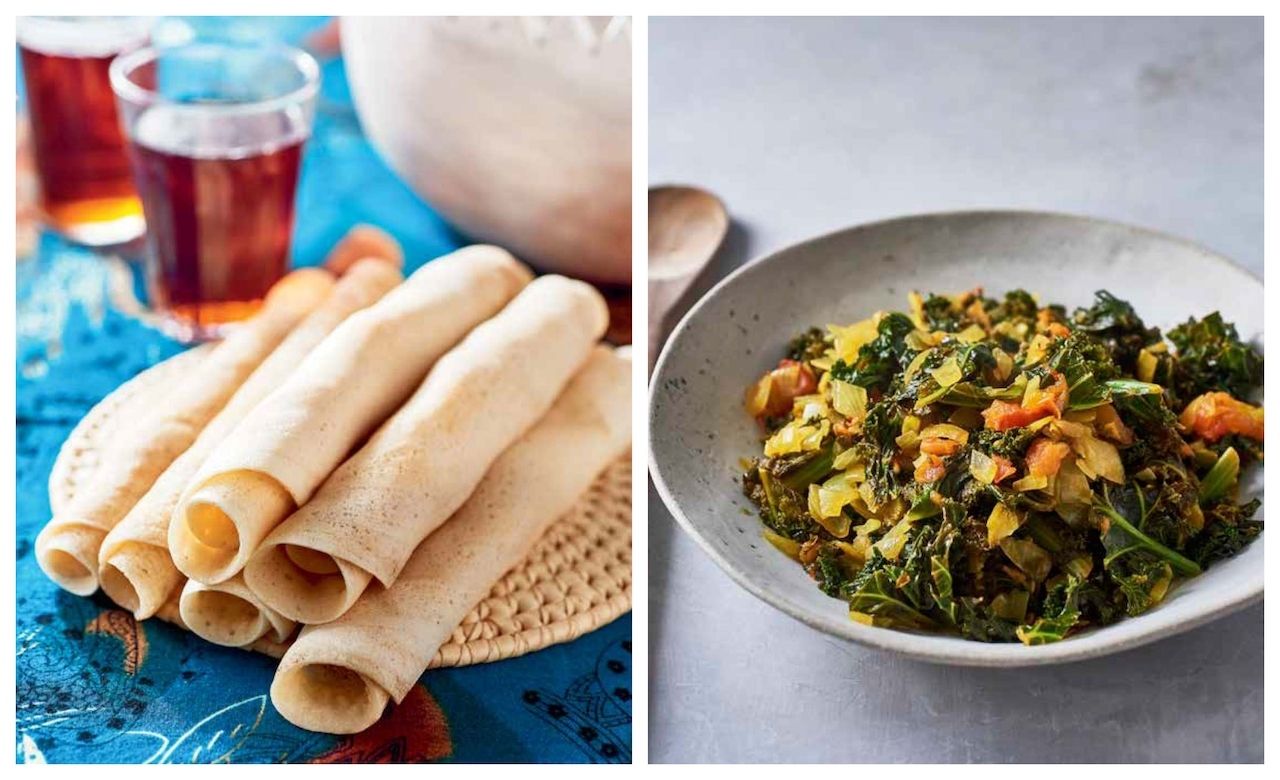 “When I think about food, I think about the women who guided me in life,” Hassan says. “Growing up in the US, it was interesting to me to not see food be centered on the matriarchy. One of my life’s purposes is to use food as an exploration into other cultures, and to start with the most important people, which for me, is always the women.”

In these short interviews, Hassan asks each woman to refute a common misconception about her home country. The answers transform In Bibi’s Kitchen from a simple collection of recipes to a tool for education, a gateway into dispelling ignorance about African people and food.

“My intention in being in food is to dismantle that idea we have of Africa, which is there is hunger and there is AIDS. But it’s a complex, layered place just like the US is,” she says. “And [I want] to really bring it home to the reader that Africa is a continent, not a country, and highlight that there is much diversity between food and people in those countries.”

Hassan recognizes that there are many misconceptions about African culture and food — in part because as she and Brainbrige write in the introduction, “There are barely any cookbooks published by American publishing houses that feature African food…On top of that, so many cookbooks are written and photographed by [people] who are not from the places featured in the cookbook.”

In Bibi’s Kitchen acts as at least a partial corrective to that lack of diversity within the cookbook world, filling in a gap where there should be many more cookbooks about African food by African writers and cooks. Until publishing is more open to working on books about African food, Hassan also sees her cookbook as an opportunity to “dismantle the idea that African food is difficult or heavy,” and that the ingredients are hard to find.

In order to drive that point home, Hassan and Bainbridge characterize the recipes featured here as “easy to make” and “healthy and cookable,” and the ingredients as “widely available and affordable.” And the pair remind readers that their book is not about “what is new and next,” but instead a “cultural legacy” and how recipes “keep cultures intact.”

At the same time, it would be wrong of readers to interpret this book as simply a compendium of “fun ideas of what to make for dinner,” as Hassan and Bainbridge put it in the introduction. Instead, this is a multidimensional work, which encompasses not just what and how people from all over Africa eat, but also stories of “war, loss, migration, refuge, and sanctuary.” In other words, it gives a full picture of the women who shared their recipes, not just as home cooks but as people with inner lives and experiences that break stereotypes about what Americans assume life in Africa is really like.

“My only interest is to be very clear with people that this is a book that can live amongst all the other cookbooks that they have,” says Hassan. “And you know, it’s up to us as readers to learn about other places. And we can do that through food.”

Food + DrinkWhy You Should Be Eating More Zesty, Spicy, Delicious Indonesian Food
Tagged
Books Food + Drink
What did you think of this story?
Meh
Good
Awesome