One night during a trip to Brussels, Brandon Montgomery, an engineer, certified beer judge, cicerone, and the man behind Black Beer Travelers, stumbled on a party in the woods after doing some deep Googling on the local beer scene.

“I’m just a Black foreigner showing up in Brussels, and on this night I get dropped off and go to a party that only locals would normally know about,” Montgomery says over the phone from San Diego, where he lives. “That’s the type of experiences you can find when you just do a lot of deep diving and just plan it all out.”

His approach to travel through the lens of craft beer has led to experiences around the world that he wouldn’t have otherwise had. In doing so, he’s made connections with a diverse set of people in the industry. To help others travel in a similar way, he created a Google map in September 2019 called the Diversify Your Palate map, a “list of breweries, wine/spirit creators, and influencers with diverse backgrounds throughout the world.” It currently features more than 100 breweries and taprooms, more than 20 wineries, and nearly 10 distilleries.

When announcing the map on his website, he wrote that one of the main goals for Black Beer Travelers is to help people of color “find spaces and people that resonate with their spirit while they travel throughout the world.” The map, which is continuously updated, covers much of the United States as well as certain regions of Central America, South America, Europe, Asia, and Africa.

Montgomery grew up in the suburbs of Dallas and Atlanta and first became interested in craft beer in 2011 while on his first of six work trips to Japan. In a Tokyo cafe, he tried Belgian classics and traditional styles that he didn’t often see at the bars and restaurants he frequented in the US at the time. That experience ended up permanently changing the way he travels; he now actively seeks out the unfamiliar — breweries and other establishments unique to the region he’s visiting.

Part of Montgomery’s philosophy is that life is richer when you step out of your comfort zone, try new flavors, and look for experiences that you can’t find at home. His way of travel opens the door to learning about history and culture, as well as beer.

“It’s the feeling of realizing there’s something more out there,” Montgomery says. “You probably could have found this years ago, but you didn’t open up your eyes and take that first leap and decide to do it.”

Diversify Your Palate, as the name suggests, encourages people to “step out of their normal realm and try something new,” Montgomery says.

With the map, Montgomery hopes to put all the information in front of people so that they can learn about the diversity in craft beverages and plan their own journeys to explore more for themselves. It’s information that’s hard to find elsewhere despite there being more than 7,000 craft breweries in the US alone. 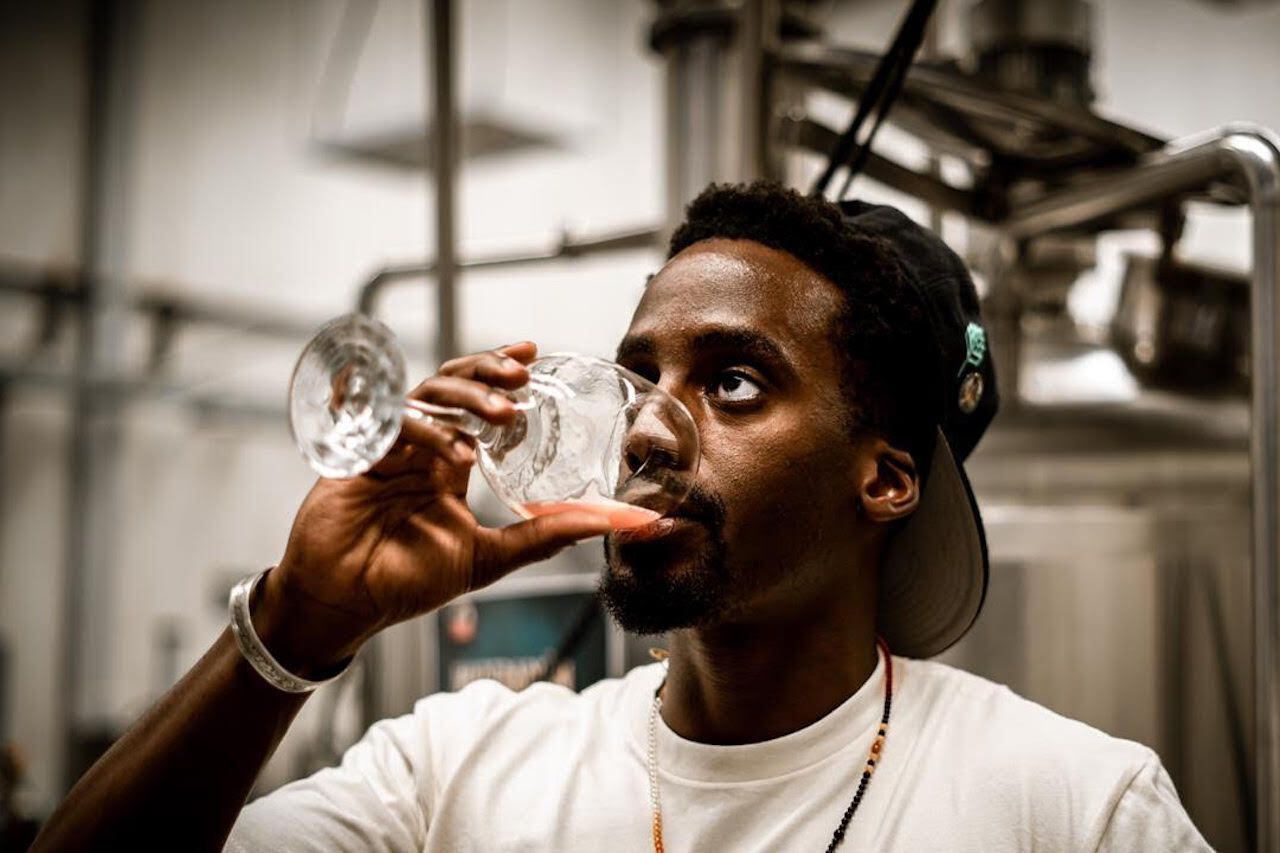 Craft beer’s lack of diversity is no secret. By some estimates, fewer than one percent of craft breweries are Black-owned. Craft breweries can gentrify neighborhoods, especially when they don’t offer support, financial and otherwise, to the community where they’ve opened. One reason is that there’s often a lack of people from the community or those who organize for the community in the room when business decisions are made. Drinkers can support diversity in the industry by actively seeking out and purchasing from diverse businesses.

“I would say right now is a time when people are pushing forward to diversify their situation and understand that there’s another way to look at things that they may have not been aware of,” Montgomery says. “I found there’s a lot of action going on now, but it took a lot of time for people to act and break down that wall.”

In other words, it takes more than looking at a list or map once or twice and feeling like you’ve done your part.

“Today you are frequenting these Black-owned, Asian-owned, women-owned establishments,” Montgomery says. “But also continue to do that next week, next month. Talk about it with your friends. Change the general narrative. Have discussions and make it as if it’s nothing special to do this; it’s just understood that’s what you do.”

Montgomery is helping people do this where they live but also where they travel. There are stories to be heard and new experiences to try everywhere.

“There’s a backstory to everyone’s experience in craft,” Montgomery says. To hear that backstory, often all you have to do is sit down with a beer and start a conversation. “That’s what I like to put forward with the idea of a Black beer traveler: searching out the culture and sharing it as you change the face of what craft is.”