In the world of cloistered living, not all situations are created equal. Devout individuals have filled monasteries and convents for thousands of years, choosing to dedicate their entire lives to worship. However, certain monasteries and convents add another side to the religious life: food and drink. For these lucky few, the daily prayer and scripture are broken up by the occasional culinary — or even better, booze-filled — break. Although said devotees may not necessarily be imbibing themselves, monks and nuns have a long-standing history of producing alcohol, baked goods, and various other gastronomical delights tracing basically as far back as the concept of cloistered living has existed.

These are the best food and drinks coming out of monasteries around the world.

Cookies from the Iglesia de San Pelayo in Spain

The nuns of Iglesia de San Pelayo, located in the Spanish town of Santiago de Compostela, turn to cookies for their culinary cooking breaks. These simple, almond-flavored treats are baked by the nuns and are insanely addictive. Each cookie has a melt-in-your-mouth texture coupled with a soft interior and crunchy sugar on top, making them the perfect accompaniment to any coffee or tea break. Boxes are baked fresh every day and cost five euros, and they can only be purchased through the barred window at the entrance. We promise — this one’s worth it.

Chartreuse from Monastery of the Grande Chartreuse in France 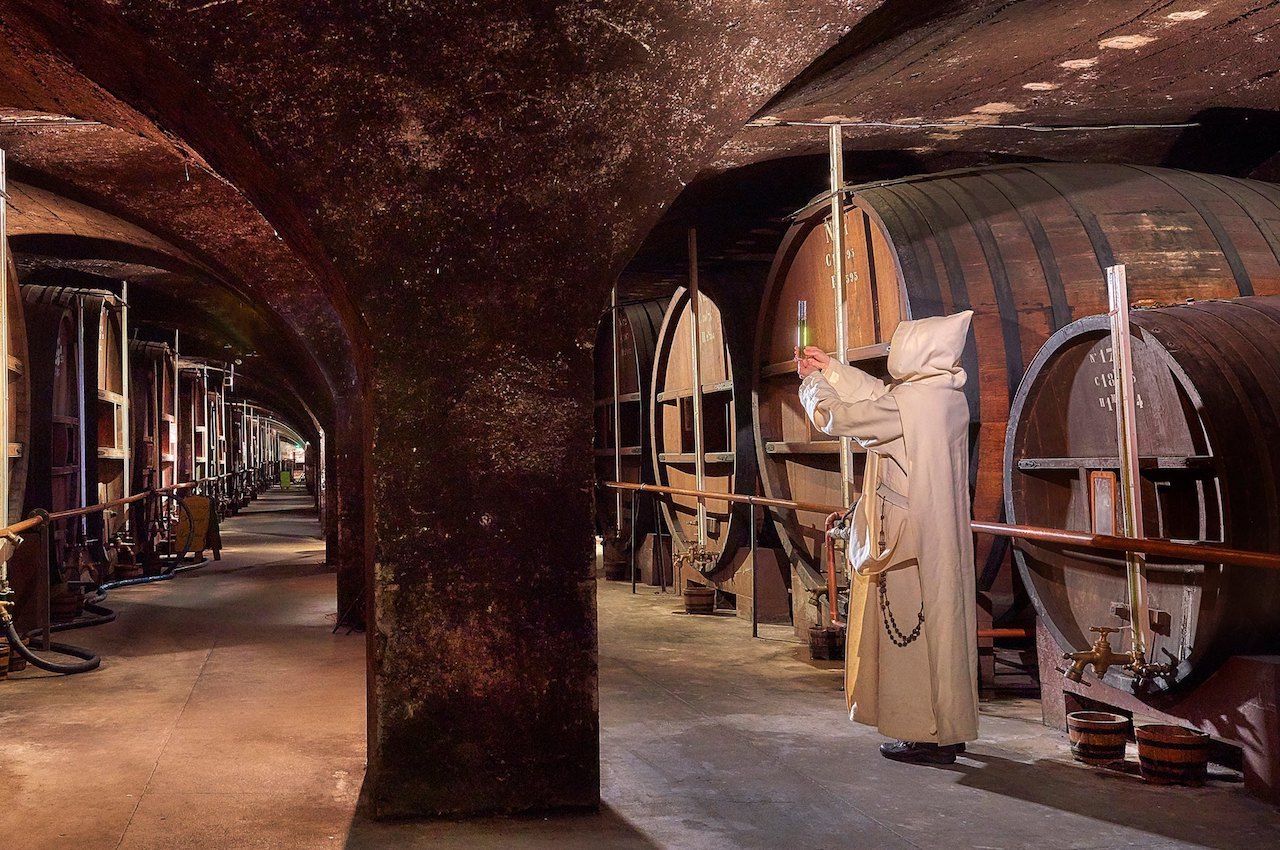 Perhaps the most popular monastery-made drink for anyone familiar with cocktails, Chartreuse dates back to 16th century Carthusian Monks. In 1605, Francois Annibal d’Estrées first created the manuscript holding this precious, 130-botanical recipe. There’s both a green and yellow version, and the liqueur gets its name from the monastery, Grande Chartreuse, where it’s blended using a distillate made in the nearby village of Voiron, France. Best of all, Chartreuse is one of the most age-worthy liqueurs, developing in complexity and flavor in the bottle over time.

Belgian Blonde Ale from the Monastery of St. Benedict in Italy

The Monastery of St. Benedict first started brewing beer in 2000 when the Catholic Church inaugurated the location in Norcia, Italy. The monks, many of whom are from America, produced a Belgian Blonde Ale and a Belgian Dark Ale under the brand name Birra Nursia in the city of Norcia. Then, in 2016, the region was hit with the largest earthquake in the region in decades. It destroyed the monastery, but the monks are continuing to brew beer while rebuilding, and proceeds go to the efforts of the brewers.

Westvleteren beer from the Trappist Abbey of Saint Sixtus in Belgium 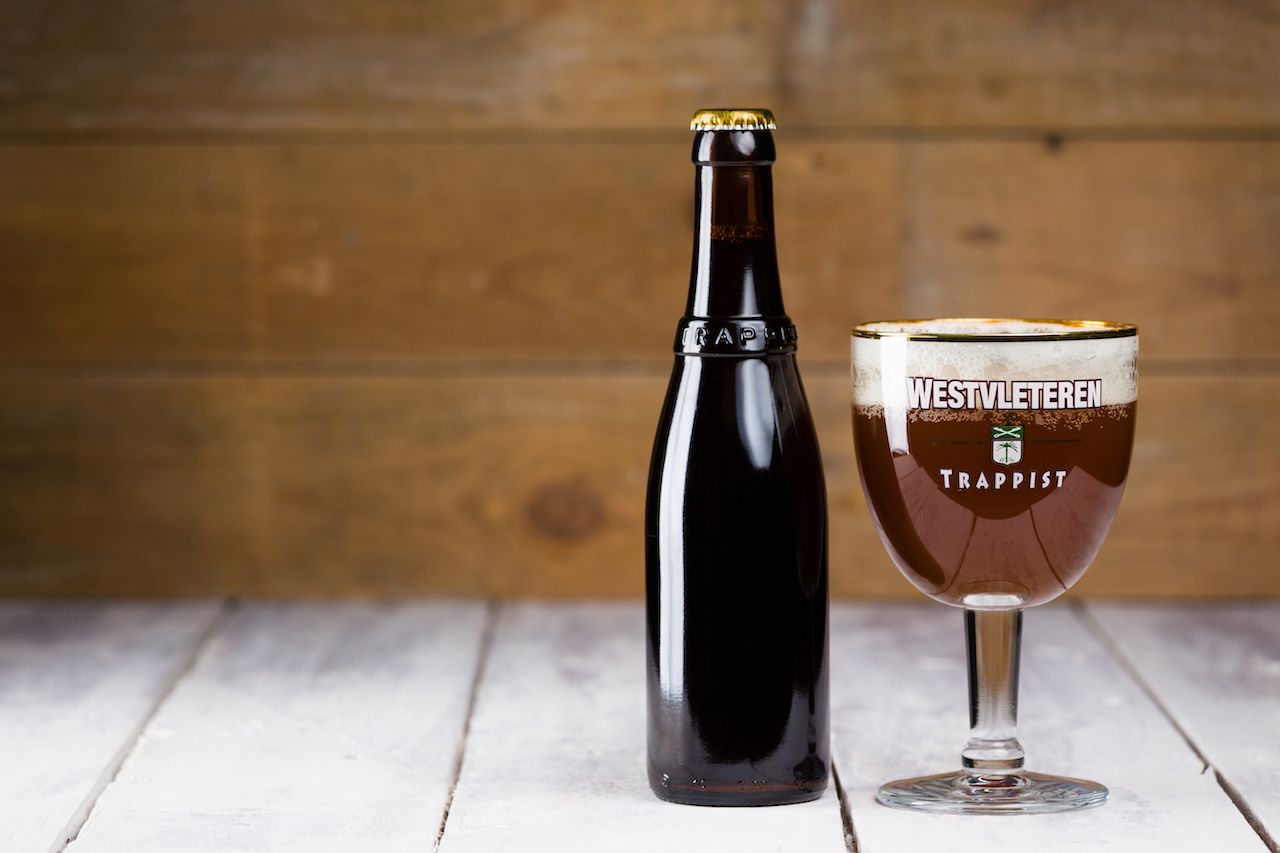 Founded in 1838, Westvleteren’s brewery is located in the Trappist Abbey of Saint Sixtus in the village of Vleteren, Belgium. Although only three beers are produced here, the brewery is known around the world for its quality beer, which is sold in small, weekly rations from the monastery doors. Saint Sixtus monastery was founded in 1831, just seven years before the brewery was created, and it’s the only Trappist brewery to have pre-World War copper vessels in its possession. Westvleteren currently has three non-monks on staff, mainly for manual labor. It’s the monks, however, who operate the brewery.

Buckfast Tonic Wine from the Buckfast Abbey in England

Buckfast Abbey, originally founded in 1018 and re-founded by French Benedictine monks in 1882, is run by the Catholic order of monks who follow Saint Benedict. Its famous recipe for Buckfast Tonic Wine originally comes from the French, though it was changed in 1927 to taste less harsh, mainly for commercial and consumer purposes. For production, the monks select a base wine and add what they call “inert substances,” one of which is caffeine. The drink has a much less monastic reputation, however. In Scotland, for example, it’s often associated with loud and ill-mannered behavior.

Art + ArchitectureThe 7 Most Stunning Remote Monasteries in the World
Tagged
Beer Food + Drink Spirits + Cocktails Wine
What did you think of this story?
Meh
Good
Awesome