Art restoration is a tricky and delicate business. Maintaining a piece’s aesthetic integrity, while also preserving its condition, is not a job for amateurs. This is exemplified by the recent failed restoration attempt of a painting by artist Bartolomé Esteban Murillo in Spain.

The anonymous owner commissioned an amateur restorer to restore a copy of Murillo’s “The Immaculate Conception of Los Venerables,” which resulted in a misshapen Virgin Mary that looks more like the central character in Edvard Munch’s “The Scream” than the Virgin Mary.

The owner had paid a furniture restorer $1,350 for the painting to be cleaned, but after two failed attempts, the restorer left the painting worse than he found it. 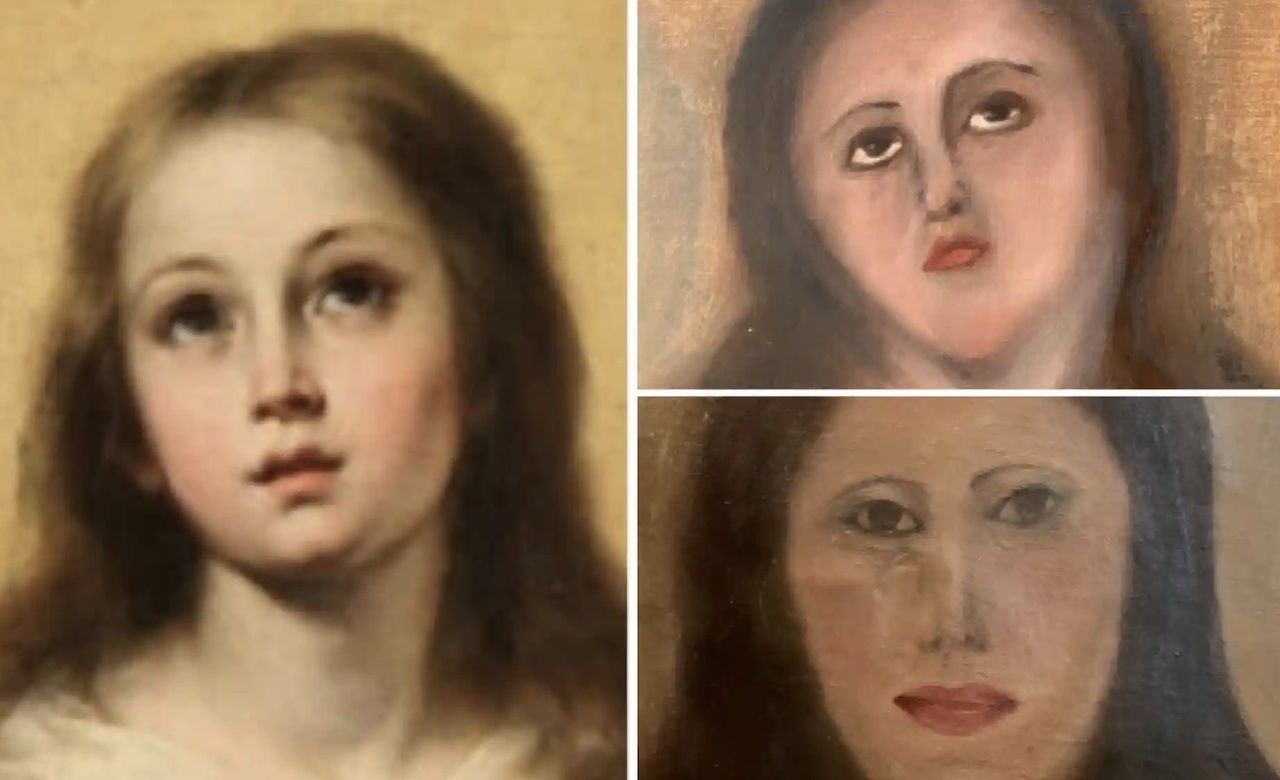 Fernando Carrera, former president of the Professional Association of Conservative Restorers of Spain, told The Guardian, “I don’t think this guy — or these people — should be referred to as restorers…they’re bodgers who botch things up. They destroy things. Can you imagine just anyone being allowed to operate on other people? Or someone being allowed to sell medicine without a pharmacist’s license?” Carrera added, noting that while he understands restorers are not as critical to society as doctors, “we need to focus society’s attention on this…this is our history.”

Carrera argues that restoration is vital to the preservation of a nation’s cultural past, and as such, should only be practiced by those expertly trained in the craft. The botched Virgin Mary serves as a pretty glaring case in point.